In our little tea cup of the internet where watches reign supreme and a bezel colour change draws headlines, there is some news that few will care about but those who do, will do so greatly!

Update: Since first publishing this article a lot has happened, read on then be sure to check out :

News : Patek And anOrdain Enamelling TGV Cant Tell Them Apart Can You? 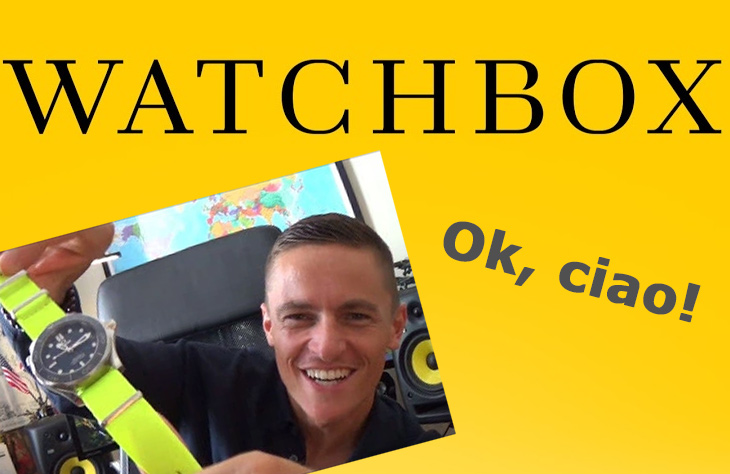 Tristano Geoffrey Veneto aka TGV who runs the popular YouTube channel The Urban Gentry has announced that he and his channel are joining the Watchbox family which is again part of the Govberg group. This means that the subscribers TGV has (currently over 327,000) will be opened up to the rest of Watchbox and in doing so will learn of the new and preowned watches on offer through their on line presence plus brick and mortar stores globally.

This is interesting and good for the community at large, as no matter your thoughts on TGV and his operations, he does have a lot of genuine subscribers and his content does bring new people into the hobby. Back in early 2017 when I was a young pup I watched a ton of TGV videos and managed to not end up buying a truck load of Squale and SEIKO 5s, but did pick up some knowledge along the way. 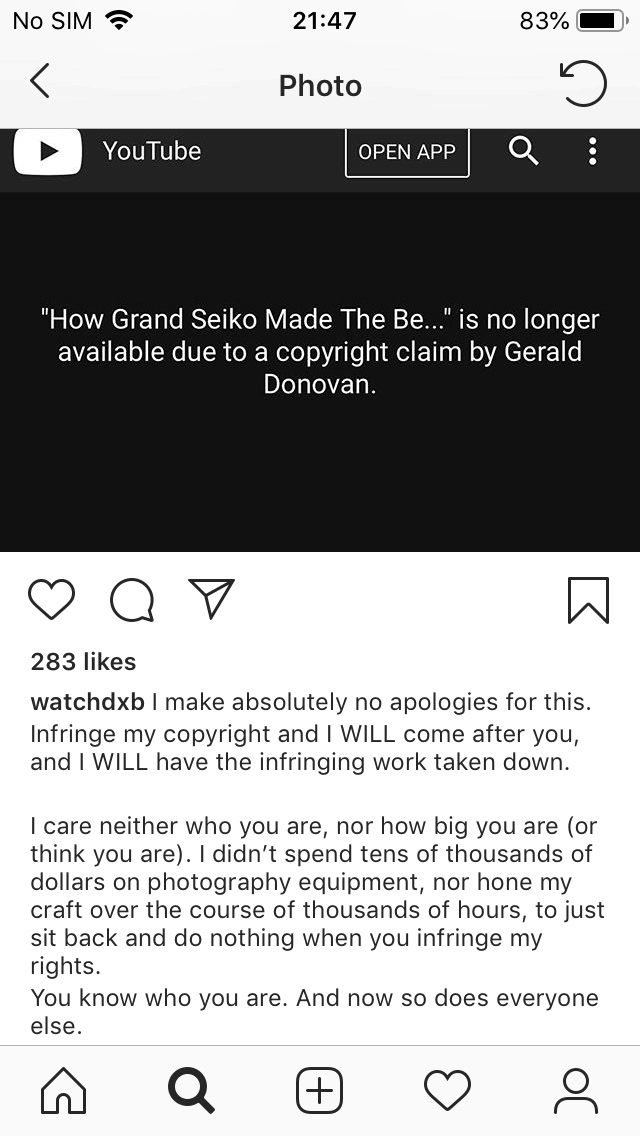 On the flip side though there are a lot of if’s and but’s about things with reports of TGV buying views and subscribers for his videos to inflate numbers, deleting user comments, stealing photography from other creators (Full thread about it here from the copyright owner – https://forums.watchuseek.com/f2/urban-gentry-4881977-28.html) , ignoring their requests to remove said stolen material, having his videos deleted by YouTube for copyright infringement plus the way that in the past he cut ties with other online watch content creators seen as competition who were previously collaborating such as Federico from Federico Talks Watches, Christian Zeron from Theo & Harris plus Giancarlo Rosselli then banning them from his Facebook watch group the UGWC. There are a lot of questions remaining unanswered. 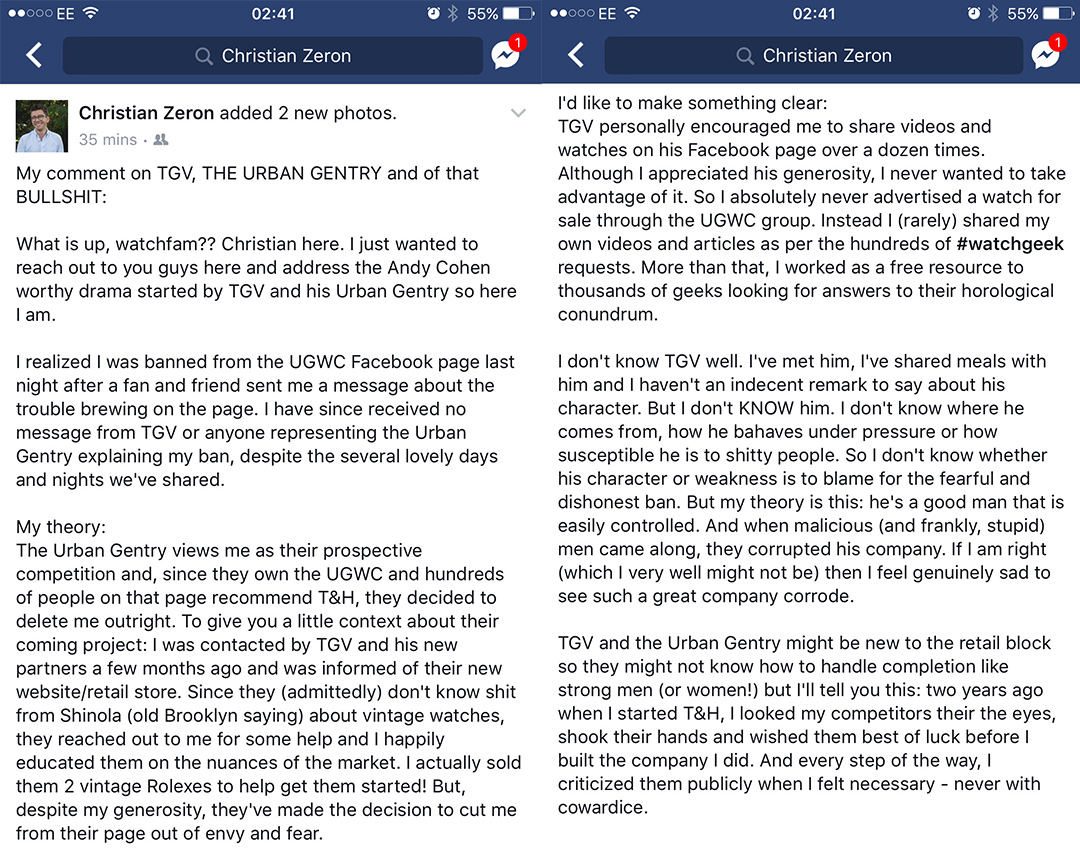 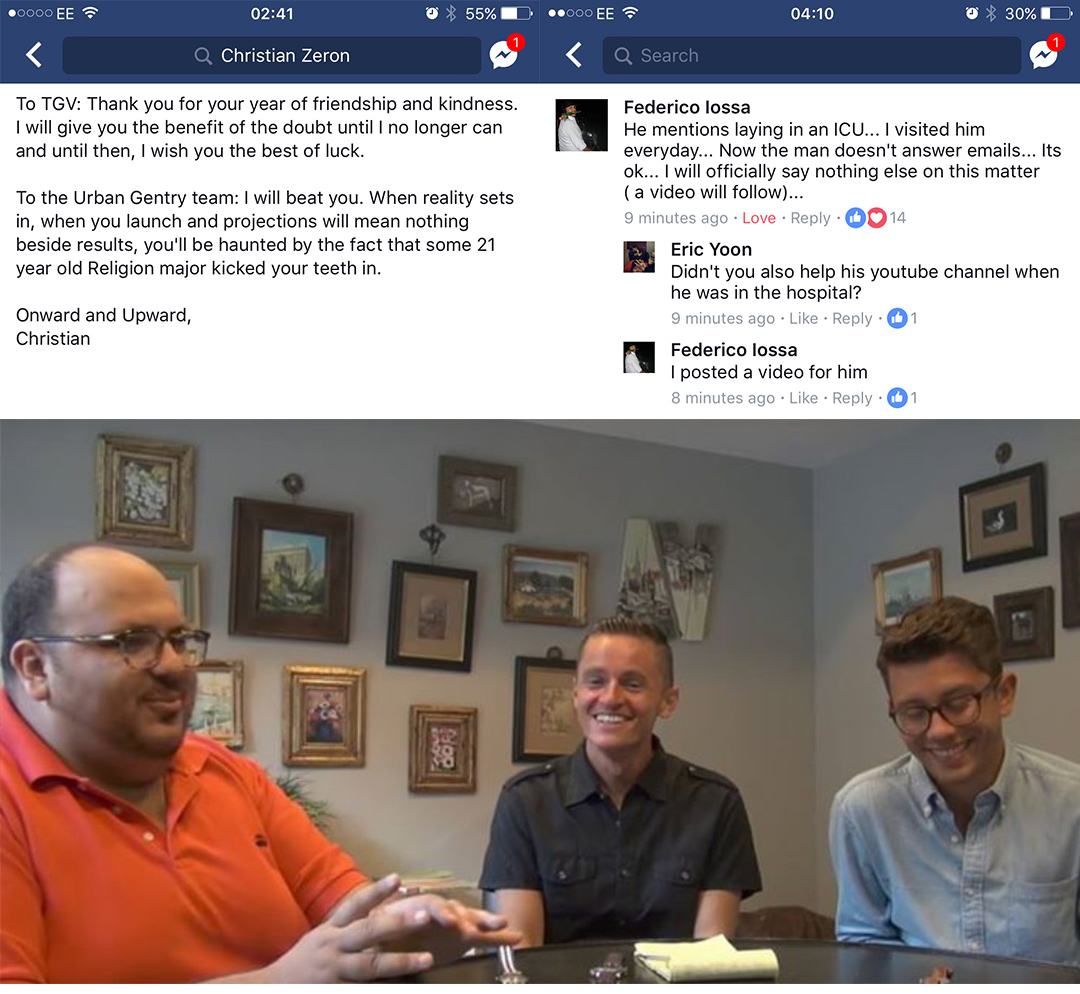 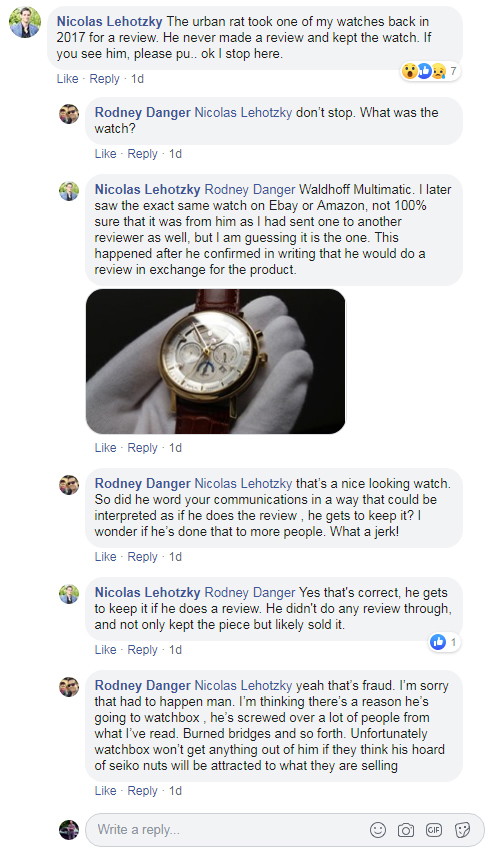 We sat in the Watchbox live stream chat last night when Tim Mosso and Brian Govberg introduced their show and announced the partnership and watched the carnage unfold from viewers. A war soon broke out between newer viewers who didnt know the history and the veterans who had seen the above unfold over the past couple of years. The landslide of commentary continued once the steam was over with the comments section filling with over 200 mainly negative comments such as …

Jake Jones
Gee, I wonder why there are NO negative comments for TGV’s announcement on HIS channel? Hmmmmmmmm…..

Arliss Arlington
WatchBox…Wow your fan base has spoken loud and clear and I think you’re about to have a huge problem on your hands attempting to integrate TGV to your existing followers and vice versa.

Freddie Turner
A toss up between the launch of the Code 11.59 and today’s TGV/Watchbox tie up for the worst handled bit of PR in the watch space this year.

Salvador Garcia
I don’t know why but ummmm …….. I have never enjoyed being talked down to by a phony aristocrat with a superiority complex. But that is just me… I am sure everybody else must really like that sort of thing.

Sourabh Sekhar
WatchBox partnering with TGV is an absolute disaster,this came out of nowhere.
I used to trust WatchBox but not anymore.
Tim should probably leave the company for greener pastures,don’t even want to imgaine him sharing the screen with that false aristocrat. The only reason I watch this channel is Tim, the partnership with TGV is a terrible decision.

Mark S
I think if we voice our opinions on the TGV partnership, WatchBox will be responsive. They have been great about that in the past. Remember when they partnered with Luxury Asset Capital (watch pawn shop)? We spoke out against it and they took down the video and possibly dissolved the partnership. Let’s give the guys in Rittenhouse Square / Bala Cynwyd our feedback and hope for the best.

Johnny Guitare
Unbelievable that you guys hired TGV. I put Watchbox pretty much at the top of watch channels, together with Armand and Watchfinder. TGV, I put very close to the bottom. The guy is a fraud with superficial watch knowledge, can’t tolerate any form of criticism (no matter how well argued) and I completely fail to see how he can add value to your content. Let’s see how long this lasts before you realize. I, for one, will carefully avoid any video in which he is set to appear.

Here’s the video, check it out folks and see for yourself the drama unfolding in the live chat and comments.

What do you think? Let us know in our comment section below!