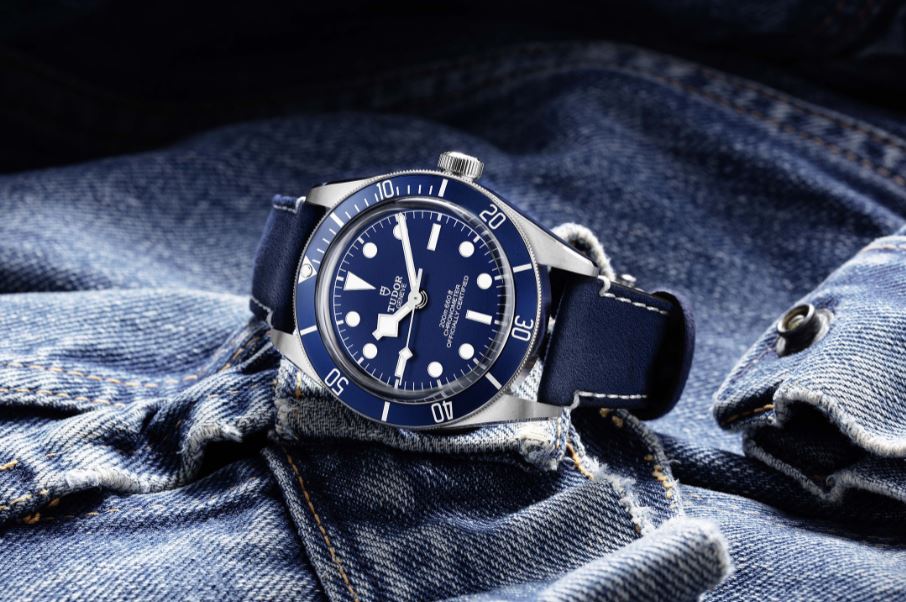 In 2019, Audemars Piguet and Tudor were responsible for two of the biggest marketing flops with their releases of the Code 11.59 and P01 respectively. A critique of the watches design and aesthetics aside (I really like the Code 11.59 and have a strong dislike for the P01 for those wondering), it is undeniable that the two brands were not hoping for the kind of vitriol that followed their releases. In a way, the circumstances that led to the backlash received were similar, with both brands teasing something far greater than they were prepared to deliver on. Expectations, when managed poorly, are a dangerous pitfall. 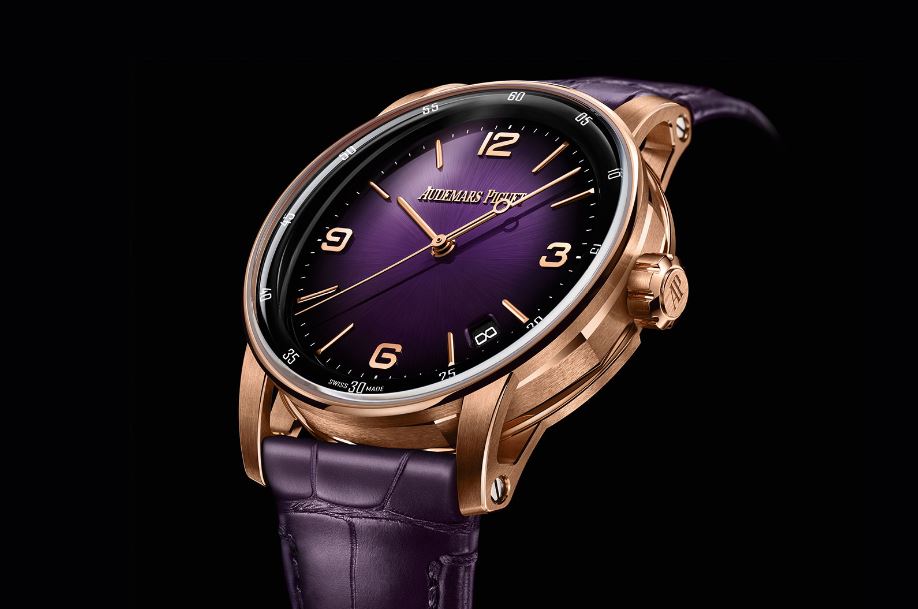 Fast forward to 2020, the two brands again released new watches last week. In fact, Audemars Piguet dropped two releases i.e. a trio of Royal Oak Offshores and a series of new Code 11.59s. These two releases sandwiched what may be the only watch release this year from Tudor, with its new Black Bay 58 (“BB58”) in Scottish Watches Blue, which we have dubbed the Tudor Smurf a.k.a. TURF. What is interesting to note though, is how these brands learnt from their 2019 missteps, and how they have adapted their strategies this year, the vastly different results. 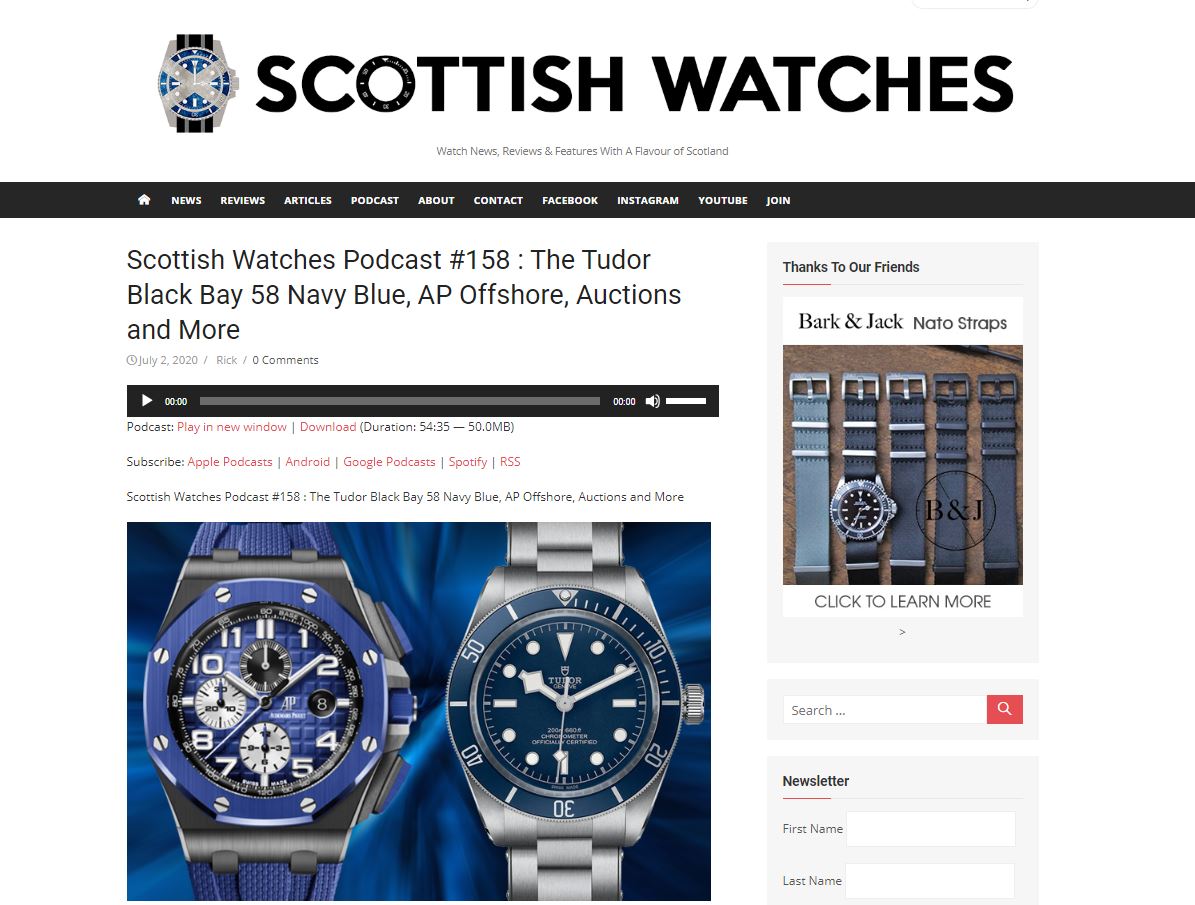 Admittedly, neither brand faced anything close to the backlash that they did when they released their watches. In this respect, they have both succeeded. However, where Tudor released the BB58 Blue to much fanfare and hype as we discussed about here, Audemars Piguet’s two releases were far more muted in its reception. The difference, of course, stemmed from the fact that Tudor did not shy away from employing the power of the watch enthusiasts to fan the anticipation of its release, choosing wisely instead to manage expectations. Audemars Piguet, on the other hand, decided that no expectations were the safest option, which while accurate, also resulted in the whimpers that were its two releases. 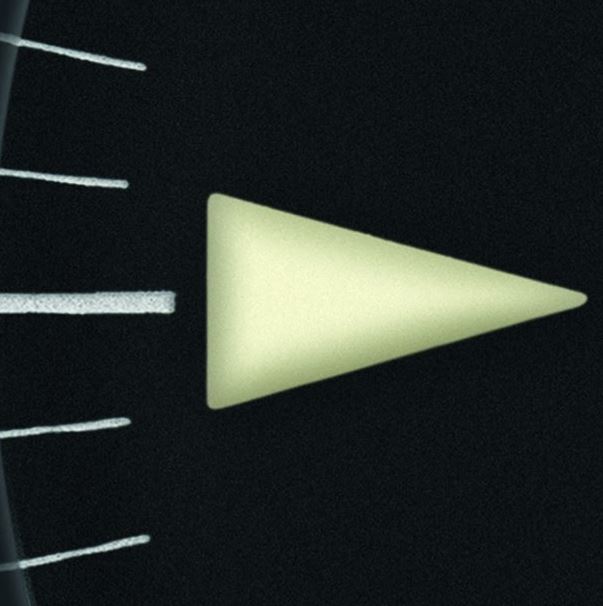 To recap, three months prior to the P01’s release, Tudor posted a tease of the 12 o’ clock triangle sans the usual metal casing. That naturally led to fans speculating of a Submariner re-release. What followed in the months to come were standalone images that did nothing to correct that perception and instead fanned expectations further. When the P01 was eventually announced at Baselworld, the disappointment that it was not a Submariner, coupled with how unusual the P01 looked resulted in a storm of negativity that surrounded its release. 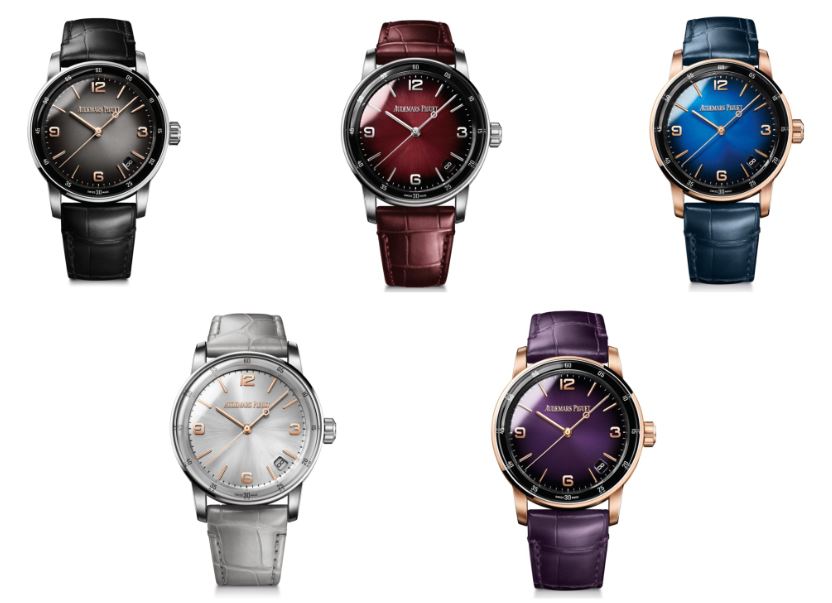 This year, when it came to the BB58 Blue which you can read my thoughts on here, Tudor seemingly cracked the code (no pun intended) of how to drum up hype, and turn watch enthusiasts onto its side, without risking the kind of disappointment that followed the P01’s release. While a delayed watch release was unavoidable given the Covid-19 virus and the resulting cancellation of Baselworld, it was still a highly unusual move by Tudor to ship the BB58 Blue to its authorised dealers (ADs) in advance of its launch. The stated reason may have been to allow ADs to have ready stock to sell at the point of its launch as opposed to having to wait for months following its usual Baselworld announcement. However, Tudor could have easily chosen to ship the watches just a day or two before its release so that ADs could have received stock the same day of the watch release. By choosing to ship the watches to ADs weeks in advance, Tudor all but guaranteed leaks and rumours, though it will never acknowledge that was its intention. Even the note to ADs that allegedly was included with the watches to remind them not to leak the watch release seemed to almost be a wink-wink type of message for ADs to share the release. What followed was almost two weeks of ever-increasing hype from when Scottish Watches first broke the rumour, till the watch’s actual release on 1 July. 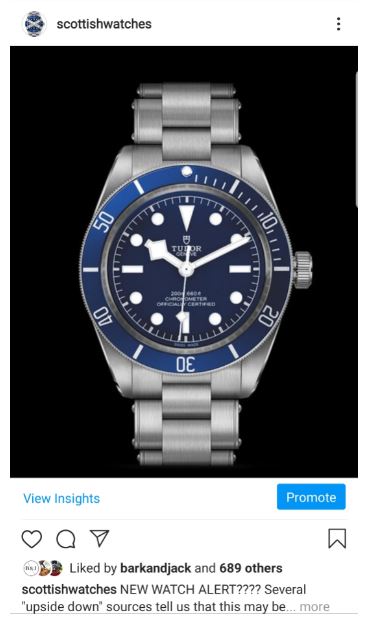 There were two key differences between the hype and speculation leading to the BB58 Blue’s release and that leading to the P01’s release. Firstly, Tudor was not directly responsible for any of the rumours or hype at least not till 4 days before its release. This ensured that even if any fans were disappointed, that disappointment would not be entirely directed at Tudor. After all, their expectations would have been solely fanned by their own rumour-mongering. Secondly, Tudor ensured that the rumours would have been clear the release was a BB58, not a Submariner. On a slight tangent, the Submariner is something I believe should never be reissued by Tudor and I feel those who repeatedly call for it have misunderstood what Tudor has been and is continuing to successfully do since its soft relaunch in 2010, but that is for another article.

By keeping expectations away from a Submariner re-release, Tudor side-stepped the biggest reason for disappointment over the P01, that it wasn’t a Submariner. These two differences meant that even if there was going to be any disappointment or backlash, it would be nothing like what followed the P01’s release. This mitigated any downside Tudor may have had while allowing it to maximise on the upside of the speculations and rumours i.e. the majority of the watches being spoken for before it was even announced. 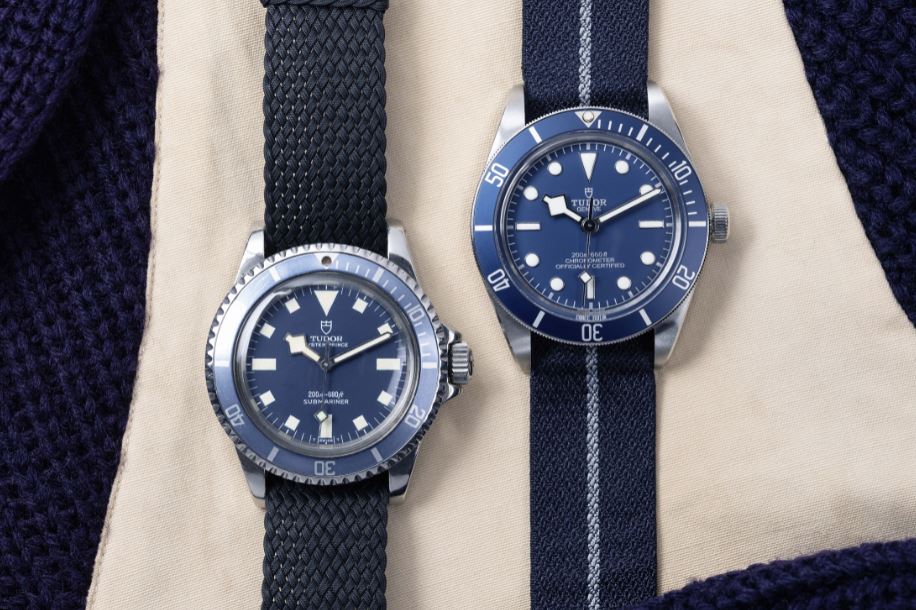 Audemars Piguet, on the other hand, seemed to have responded to the similar backlash it received to the Code 11.59 in a diametrically different way from Tudor. Instead of continuing to harness the power of social media, it seems to have forsaken all attempts to hype up its release, at least with the two it dropped in both sides of the Tudor release. Once bitten, twice shy right? A quick glance at its Instagram profile shows no mention of either of the new releases, the Royal Oak Offshore series and the Code 11.59s respectively. More crucially, there was nothing either from Royal Oak directly or any rumour mills that drummed up or created any hype for its releases. That is a shame too because the watches that Audemars Piguet dropped were interesting in the case of the Offshores and beautiful in the case of the Code 11.59s. 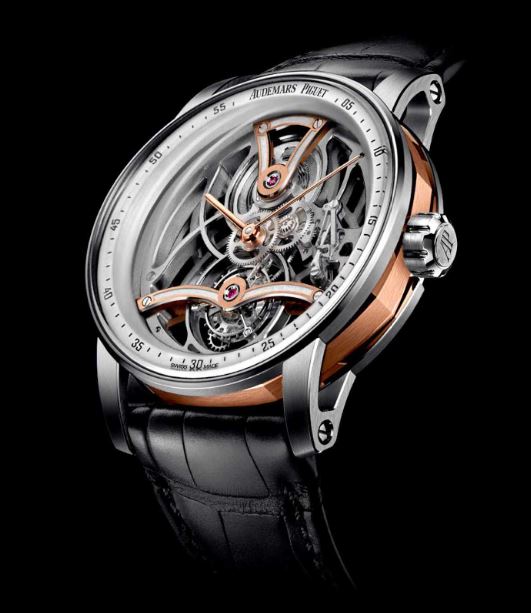 Admittedly, Tudor and Audemars Piguet’s target markets are somewhat different. Audemars Piguet’s releases, after all, are easily more than 5 or 6 times the price of the Tudor’s BB58. Perhaps and an argument could even be made that the Offshores are an established offshoot of the Royal Oak lines and likely will sell themselves even with no hype around the release.

Of course, the same could be said about the Tudor BB58.

That didn’t stop the brand from garnering all the attention it possibly could to the release. The genius of it was that it was not directly responsible for this hype. More importantly, the Code 11.59s could have used the hype. While the brand will never reveal the actual numbers, the Code 11.59s definitely did not have the kind of reception that Audemars Piguet was expecting. In fact, in a visit to a boutique, one staff mentioned that they had been instructed to bring clients through many of the technical marvels that the watch had and gather feedback from clients on the watch. That’s not a sign of a knockout watch. In a way, this release was a bit of a missed opportunity for the brand to try and nudge perceptions of the watch somewhat.

After all, since the initial release it has won the Men’s Complication prize at GPHG, sold a stunner at Only Watch and this release featured a flurry of beautiful smoked dials that should help to take some of the heat off the “fashion watch” aesthetic that it was flamed for. A post here on its achievements, another there on the technical beauty of the watch and that would might have raised expectations and perhaps even nudge opinions in its favour somewhat. Instead, Tudor took all the limelight and people are still discussing the BB58 Blue’s release days after. In fact, we now have two hands-on reviews on YouTube

Tudor and Audemars Piguet both bore the brunt of backlashes that stemmed from marketing attempts gone wrong in 2019. However, where Tudor learnt and improved, Audemars Piguet seemed to have decided to retreat and hide. While the latter brand is very much a watch giant, one of the original trinity, it has to improve its marketing strategies and shying away isn’t the answer. In this day and age where things are more uncertain than ever, wisely tapping on the power of social media and forums is more important than ever in ensuring reach and relevance. Perhaps it should take page from the former’s marketing playbook. What do you think? 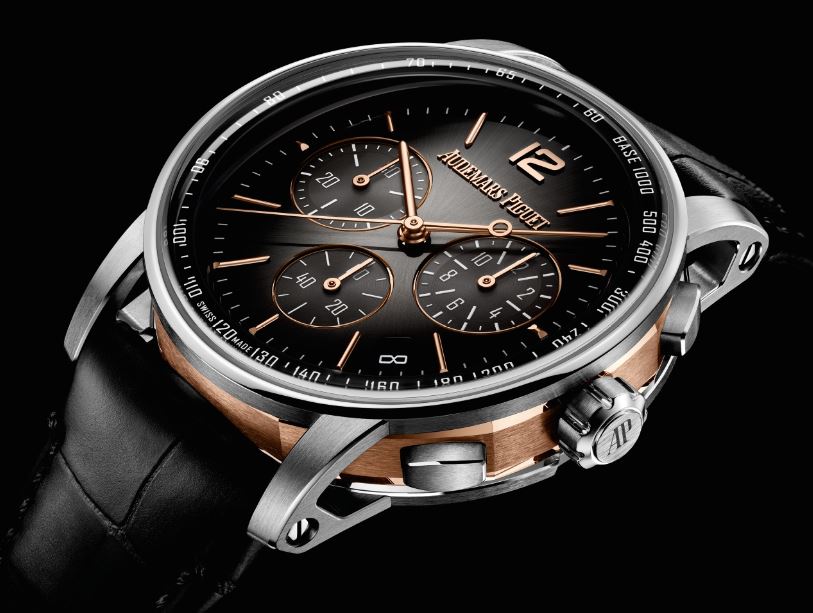