With OnlyWatch happening this weekend we thought we would get some favourite selections from some regulars online and on the podcast. 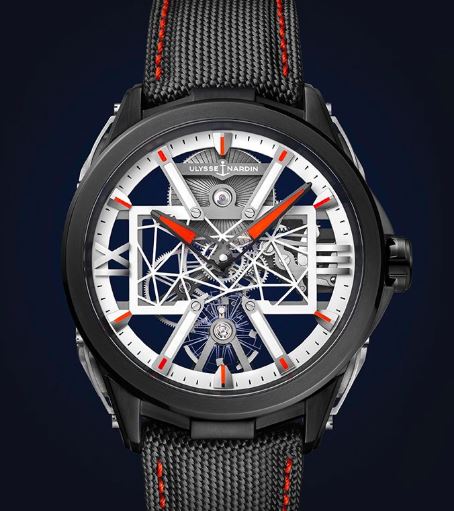 Hi, I’m Chris (@mr.c.mojo on Instagram). I have been interested in watches for pretty much as long as I can remember. I’ve still got most of the watches I was given as a kid including a Casio alarm Chrono, that I wear on a perlon because the original rubber strap disintegrated years ago, and a Citizen 17 jewel automatic watch that somehow survived my teenage years of drumming and skateboarding! I am a professional engineer and I have always been interested in the way things work. For me, part of the fascination with watches is how they function and what technology and materials they use. It is a field that combines traditional tools and techniques with innovative materials. The aesthetics and heritage are important, there’s not a lot of point in buying a watch that you won’t actually wear, but how it is assembled and how it works is equally important for me. 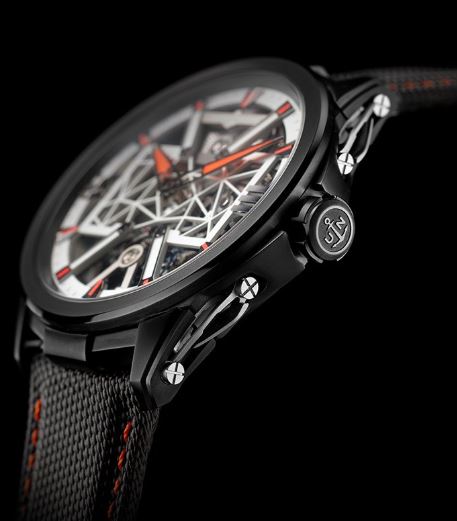 My pick for Only Watch is the Ulysse Nardin Exo-Skeleton X. I think that Ulysse Nardin is a fascinating company. Established in 1846, inspired by the sea and delivering innovative timepieces, they are one of those companies where it is very hard to predict what they will release next. Within their ranges you will find fairly conservative looking dress watches and dive watches alongside a watch with an inlaid wood decking and high tech rigging that moves the minute hand, a 1000m blacked out deep diver and a couple of erm, voyeuristic, minute repeaters. Their watches sometimes have almost comedic cartoon looks about them, it is almost like the design department has been given free rein and they have really gone to town, but when you start to look into the materials involved, the innovative movements and the limited runs of some of their watches they start to make sense. If you get the opportunity to see them in the metal I would recommend it, you will begin to appreciate the craftsmanship involved. I am not sure if they could ever be described as a value proposition but I can definitely see how they can become collector’s pieces. 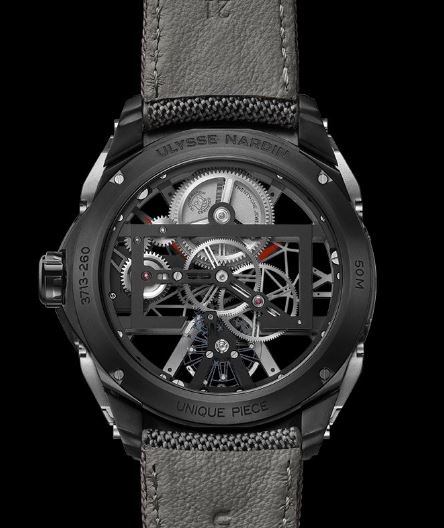 So, to the Exo-Skeleton X.  by Ulysse Nardin standards I think it is fairly conservative aesthetically. It is a very handsome skeletonised watch in a 42mm titanium case with gray PVD coating. It has a 3Hz movement with silicon balance wheel and nickel flyweights. It also features flexible blades between the lug and the case which are fixed with two screws, one on the case and the other on the lug. This feature enhances flexibility and comfort (apparently). I think the thing that is most impressive about this watch is how it has been designed with the Only Watch cause, which is research into neurodegenerative diseases, in mind. The openwork dial and exoskeleton inspired blades that connect the case and lugs seem very befitting when you consider the charity being supported. I’m sure if Ulysse Nardin wanted to they could have created something far more “out there” but they have created something that feels remarkably appropriate and considering that it is a 42mm, gray PVD watch with 50m water resistance it would actually be very wearable. I think this will be one of the more accessible options at Only Watch and I suspect it will easily exceed its €40k/$45k upper estimate.

Next up Philologus brings us his thoughts on the Audemars Piguet Code 11.59 Tourbillon Openworked. 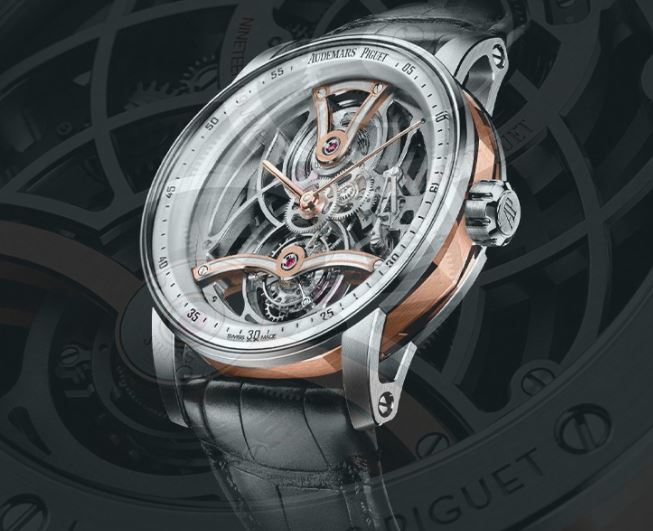 If you have read any of my articles on The Scottish Watches website, you would know that I lean towards smaller slimmer cleaner watches. However, because this is Only Watch we are talking about, I am keen to buck the trend. After all, if I am only going to have the only piece of something, it sure has to stand out. It is for this reason that I looked past my natural inclinations that drew me to the elegance of pieces such as the Breguet Type 20 or the JLC Master Ultra Thin Perpetual Calendar with a chestnut enamel dial. On the flip side, I was never going to go over the top with the watches like the massive Patek Philippe Grandmaster Chime which would be a hockey puck on my wrist or the fully sapphire Hublot Classic Fusion. The Joker by Konstantin Chayek would have been ideal, but the colours were just too safe ironically. 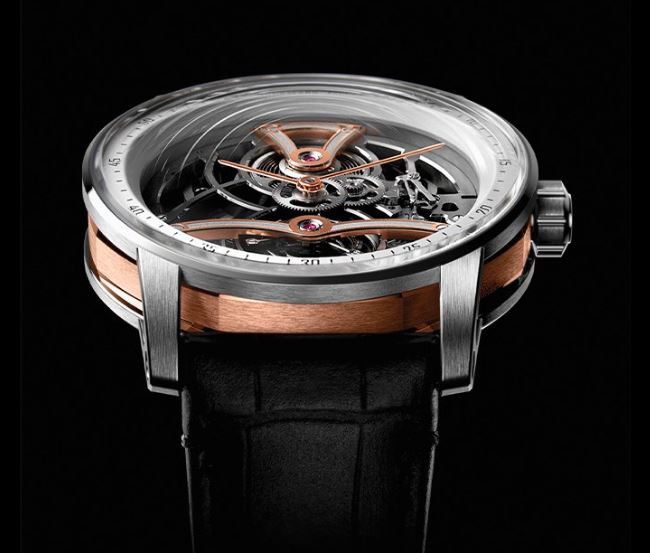 Ultimately, it was the Audemars Piguet Code 11.59 Tourbillon Openworked (“Code 11.59” they really have to rethink these longwinded names), hit the sweet spot that I was looking for. I for one never understood the vicious railing of the general watch community against this watch’s series when it was released at SIHH 2019. After all, the three-layered case is a work of art. The rose gold octagonal mid-case, a subtle nod to its heritage, stands out proudly against its white-gold circular frame. The hollow lugs are as unique as they come and is enhanced by the use of screws instead of spring bars. The dial too is also a canvas for the display of mechanical prowess. Given Audemars Piguet’s reputation in finishing, it was the perfect choice to go with an open-worked dial. Complaints of illegibility become moot because of the absence of expectations with such dials. 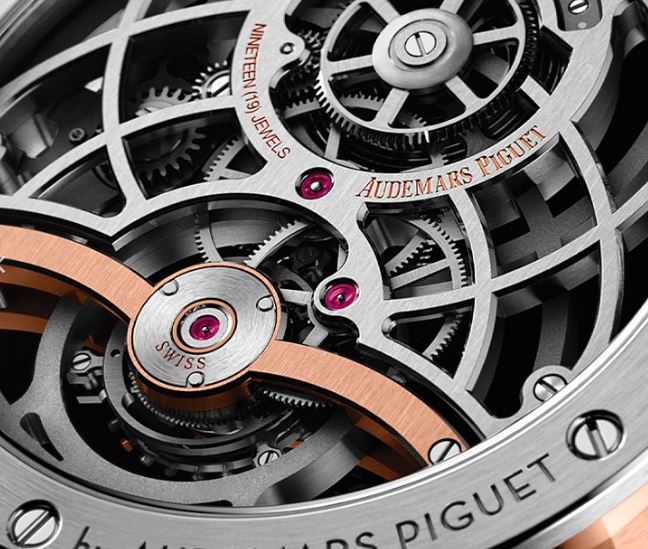 Ultimately, I chose this watch for its aesthetics though I am sure no one would scoff at any movement developed by Audemars Piguet. The chosen two-tone pairing in this watch draws the eye to the watch without even being blingy or overly flashy. The fact that it wears bigger than its 41mm by 10.7mm dimensions (based off examples I have tried), gives it my much-desired wrist presence without ever overwhelming. It is the ideal Only Watch for me. I do feel, however, that given the reception the Code 11.59 series has received in general, offset against the exclusivity of this piece makes it the high range estimate of EUR 216,000 fairly reasonable I would expect it to top out at EUR 300,000. Now if only I could pull the funds together… 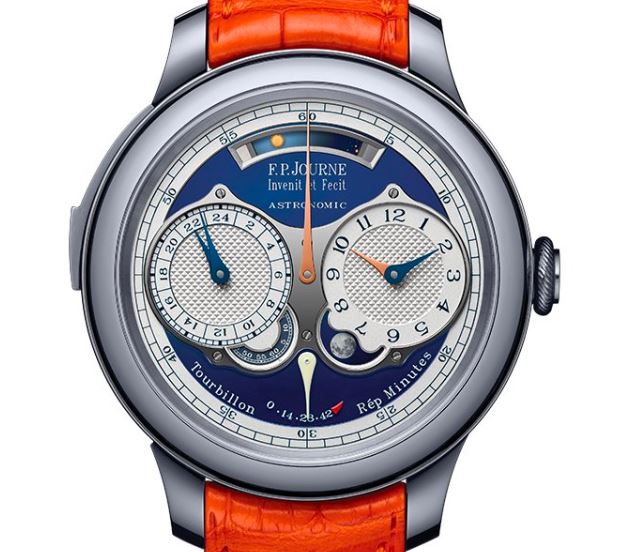 First of all, I love tantalum. It’s a very difficult metal to work with, and Journe already mastered it in his Chrono Bleu (which I happen to have and cherish).

The watch presented at Only Watch is exceptional in so many ways, from design cues to mechanical prowesses, it has it all.

I am so excited to see colors. On the strap, the dial, the hands. It’s a festival of happiness. Orange and blue are 2 colors that are the perfect combination for a modern and yet classic look (let’s keep in mind that they are the colors of the gulf racing and many classic cars have raced with these powerful colors). 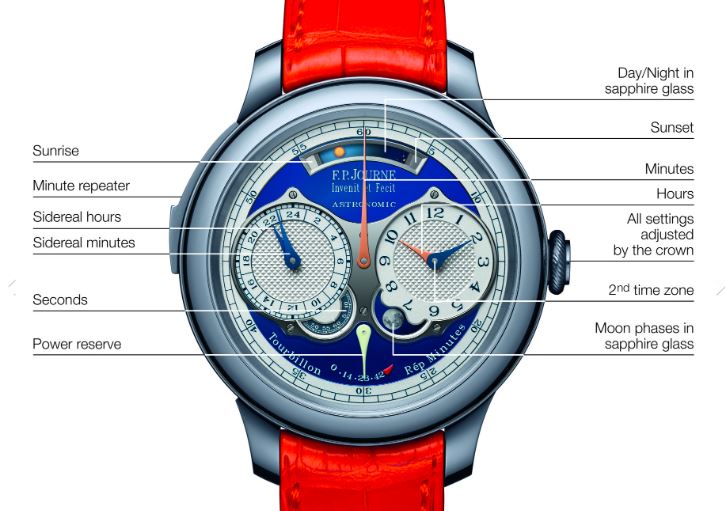 The size, 44mm, is cool! It’s manly, fits everyone who isn’t afraid of making a statement, works with a sports or a dressed outfit,  and has tons of appeal for a woman like me who can’t imagine a man with a naked wrist or with a weak watch.

The sunrise/sunset won my heart. So poetic. So perfectly integrated to the dial. I haven’t gotten a chance to hear the sound of the repeater but the fact that it’s there makes me very happy.

Then you turn it around and Mama Miami that case back!!! It’s spectacular! Equation of time, double barrel, tourbillon, remontoir d’egalite, date and annual calendar.

(editors note: I decided to leave in the “Miami” Sophy said it was a mistake but I think she was just showing off to us Scots that the sun does still exist and is not an urban myth)

And all of these complications (there are much more than what I listed) are all controlled and adjusted by that one crown (except the minute repeater)! That’s insane! 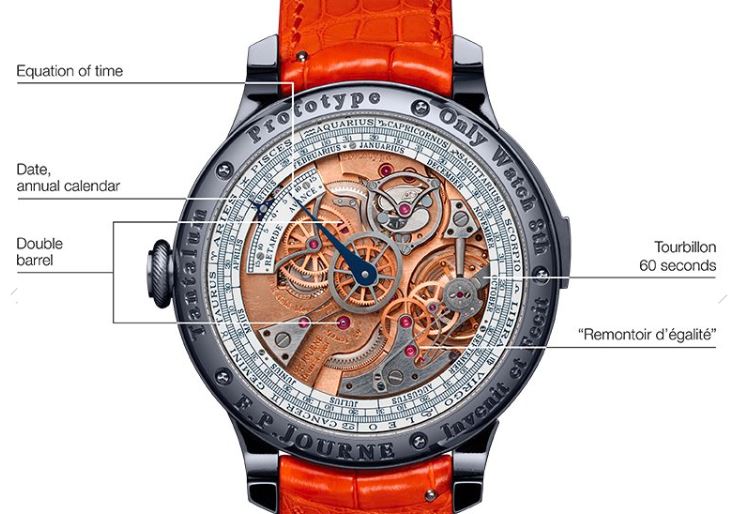 The Astronomic Blue is a masterpiece made by a genius watchmaker! If you wear it, I might marry you. Just so I could “steal” it from you from time to time ;). After all, we all know that history repeats itself 🙂

Finally Edwin on the – AkriviA Chronomètre Contemporaine “Only Watch” 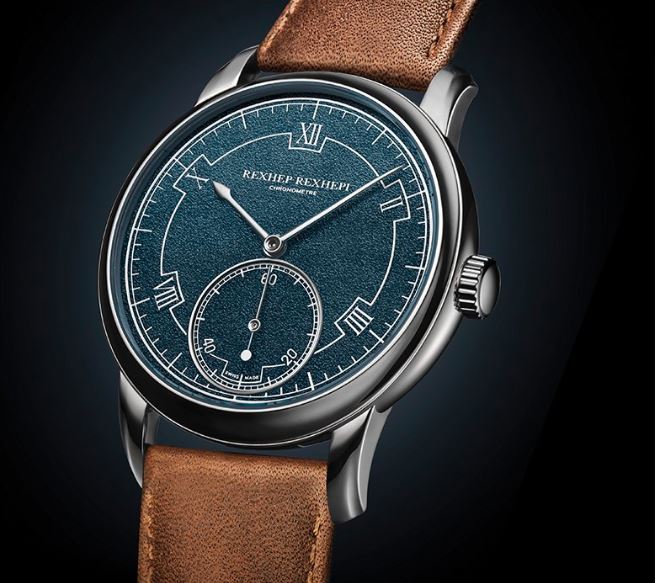 I’m a simple guy.  If your watch is 38mm or smaller, and time-only, you’ve already got my full attention.  When rising horological star Rexhep Rexhepi brought the AkriviA Chronomètre Contemporaine to last year’s Basel, however, my jaw just went straight through the f*****g floor, and I was far from alone.  The exquisite subtlety of its case design tipped a hat to classic Patek, under whom Rexhepi was once an apprentice.  Its stunning gold-on-black sector dial layout, which suggested to me an elegant cyberpunk aesthetic à la mode de Tron as much as its more obvious Art Deco influence, evoked a thrilling kind of retrofuturism I didn’t even realise I was here for.  I’m not even all that mad about gold watches, generally speaking, but I was all the way into this one- the white dial platinum variant was nothing to sniff at either, although its design sat somewhat more politely in the Longines Heritage Classic ballpark, arguably lacking the same kind of sci-fi intrigue as its gold counterpart.  From then, the watch went on to take first place in the Men’s category at the 18th Grand Prix d’Horlogerie de Genève (despite being compellingly unisex, in my opinion, but that’s the GPHG for you)- and now, in 2019, AkriviA are presenting a unique variant for this year’s Only Watch. 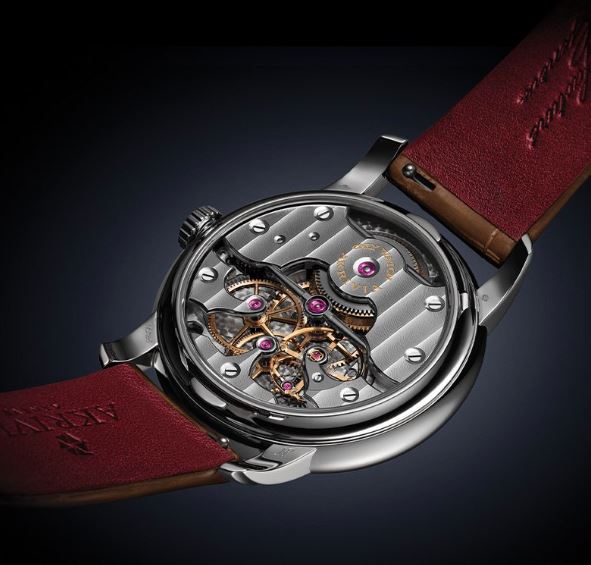 I feel like this piece could be something of an underdog hit amongst this year’s line-up.   It works as a brilliant statement of what exactly AkriviA is all about, with Rexhepi enlisting the help of the master casemaker, Mr. J.P Hagmann himself, and adorning the piece with a grainy, blue-grey grand feu enamel dial that simply oozes quality, and lends an understated, refined elegance befitting of such a classically handsome watch.  This is, by far, the “if you know, you know” watch of this year’s auction, and to me firmly reasserts that AkriviA is where it’s all happening in Haute Horlogerie.  Keep an eye on this one, and don’t be surprised if it manages to smash its high estimate of 60,000CHf.