What? Are we the only ones not allowed to use a clickbait title?

Yes this watch is not actually out until the 1st (tomorrow) but let us face it this is the most leaked watch from the house of Rolex in my memory and unless it turns out that what we are getting is the PO2 and this has all been one big ruse, then why hold off till tomorrow what we know today. 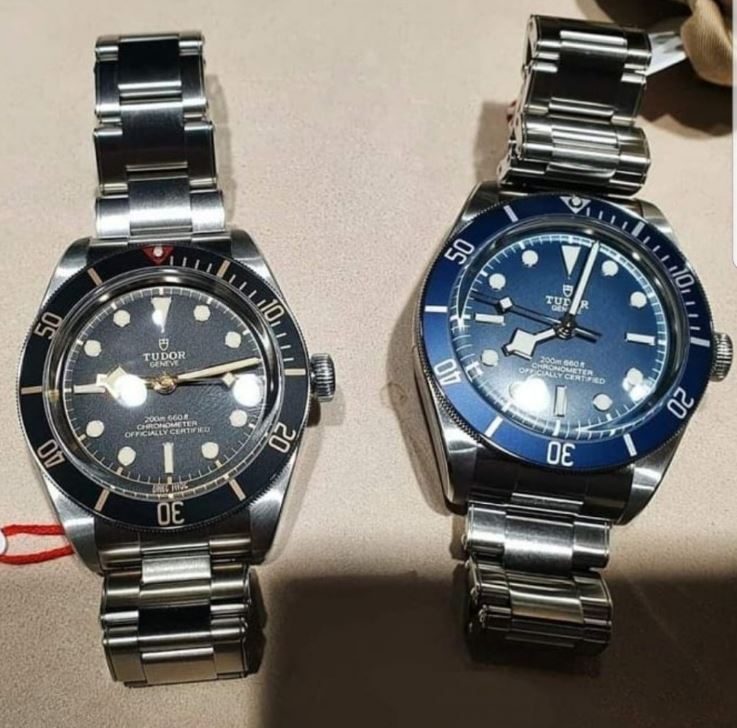 Well, Tudor finally did it. After two years, in a move that has been inevitable and a clear no-brainer, Tudor finally expanded its Black Bay 58 (“BB58”) line-up. While I have not been as lucky as several other Scottish Watches writers to be able to purchase this watch upon its release, something they will no doubt write about, I have been really excited about it for a while now. After all, this release has perhaps been one of the worst kept secrets in the industry after having been first teased here on Scottish Watches.

Then again, given that the launch of this piece came with stocks being available as opposed to the usual 6 months to a year wait between the two, that leaking of the secret may not be a bad thing after all. The hype around this watch’s release has really ramped up over past week or so. 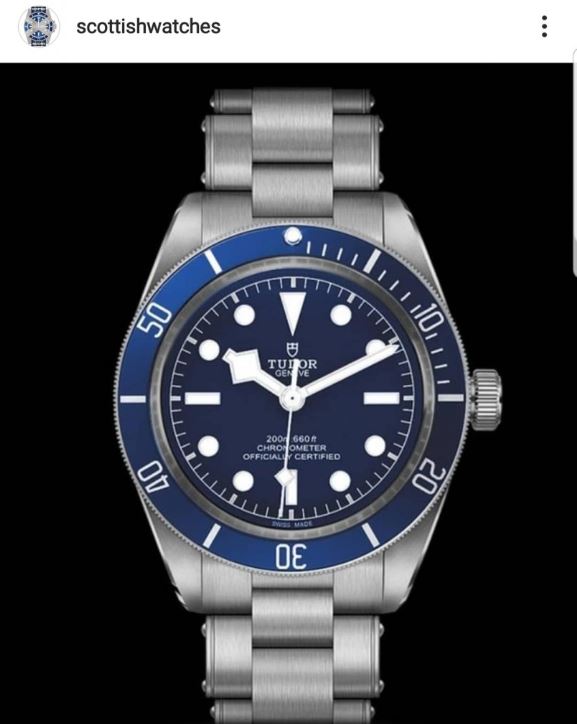 The comments on forums and social media leading up to this watch’s release has been mixed, not controversial as in the case of the P01. Some loved the fact that Tudor was finally releasing their desired coloured bezel in the BB58 proportions. Others felt this was a boring release given that it is merely just a bezel and dial colour change. Some preferred that this came with the gilt wordings and markers so as to have a consistent colour scheme with the original BB58. Some were still clamouring for the Tudor Submariner release that they had been strung along by Tudor’s social media’s teasing last year. To me however, this was the perfect follow up to the much-vaunted original’s release in 2018. To understand why, we have to look a little at Tudor’s history.

The first Tudor Submariner was launched in 1954 following the release of its bigger brother Rolex’s namesake. That very first Submariner (ref 7922) featured gilt hands and markers and was housed in a 37mm case that had a 100m water resistance. In 1958, the Tudor Submariner was updated to the reference 7924, also nicknamed as the “Big Crown” Submariner for its 8mm crown. The key differences included an upgraded water-resistance of 200m and an upsized case of 39mm. Following the Big Crown Submariner, Tudor released one or two other variations of the watch, including the reference 7928 that featured non-gilt hands and indices, but the next big update came in 1969, where the term “Snowflake Hands” was born. This of course refers to the Tudor Submariner reference 7016 which featured hour hands with squares at its tip as well as square indices instead of Mercedes hands and indices that comprised of circles and triangles. While this aesthetic change is the most spoken about update, another key difference was the addition of a blue dial, blue bezel option. In fact, this was the first Tudor Submariner to introduce any colour at all into its bezel and dial design. This blue variant of the Tudor Submariners would remain a mainstay in Tudor’s collection all the way till the last of them were produced in the 1990s i.e. the references 79090 and 79190. 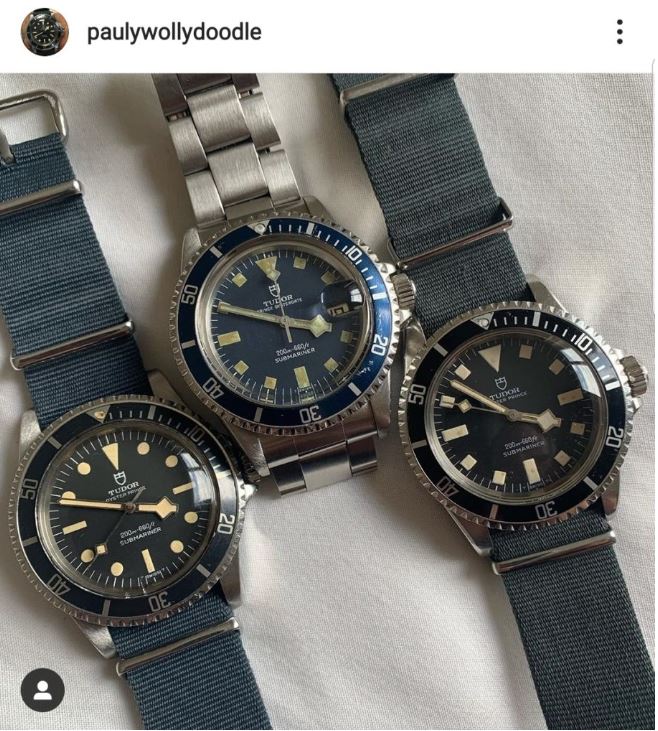 This brings me back to the present and the BB58 lineup. A year ago, when Tudor teased its P01 release, many fans clamoured for a Tudor Submariner reissue. Even today, some lament that Tudor’s latest release is but another BB58 variant and not a Tudor Submariner reissue. In my opinion though, I feel that these desires miss what Tudor has been all about since its reentrance into the general public’s eye in 2010. Since 2010, Tudor has pivoted its entire strategy, that had long been the production of more affordable Rolex watches, to one that straddles that balance of drawing from its own distinct rich history while moving out of Rolex’s shadow. I would argue that it has largely succeeded in that attempt. For one, it does not offer anything that could be said to be a direct cheaper alternative to anything in Rolex’s line-up, and for the most part, people do not look to see what Tudor would release next for how similar it is to Rolex’s line-up. A Tudor Submariner release would throw Tudor back several steps if for nothing else, because the name is one of the most associated with Rolex watches today. A BB58 release however, will not. 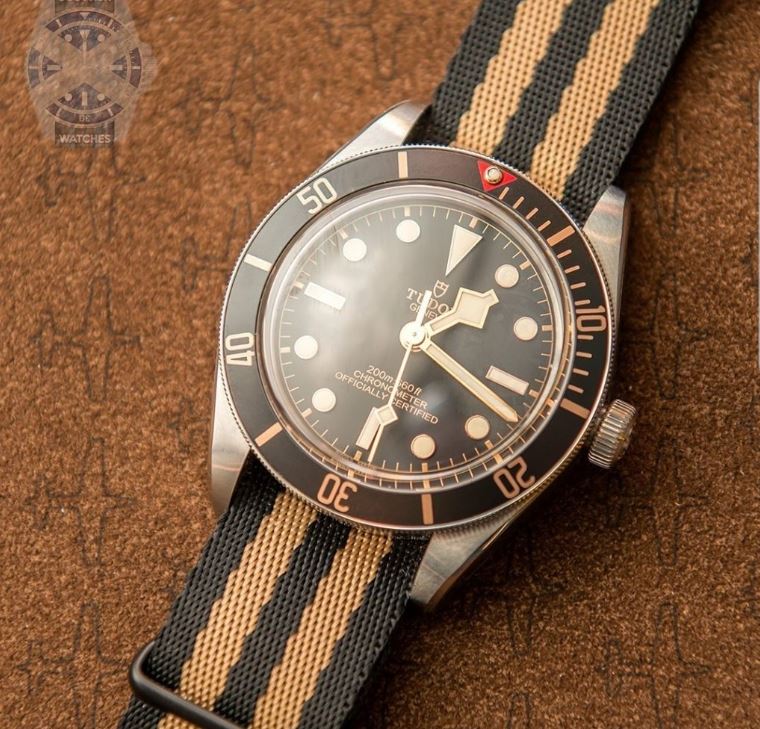 It is in this context that the BB58 line-up represents the ideal culmination of Tudor’s current strategy. The original bears so many hallmarks of the historical reference 7024 with its 39mm case size, 200m water resistance and rivet bracelet (I understand many hate this feature but that’s a discussion for another day). Even the gilt aesthetics are a throwback to the 7924 as opposed to an illustration of patina as is oft the case in vintage reissues today. Yet despite drawing so much from the 7924, it bears enough distinction with its coin edged bezel, Snowflake hands instead of Mercedes hands among others to be its own thing i.e. a vintage inspired modern diver that critically, is not a more affordable Rolex Submariner. 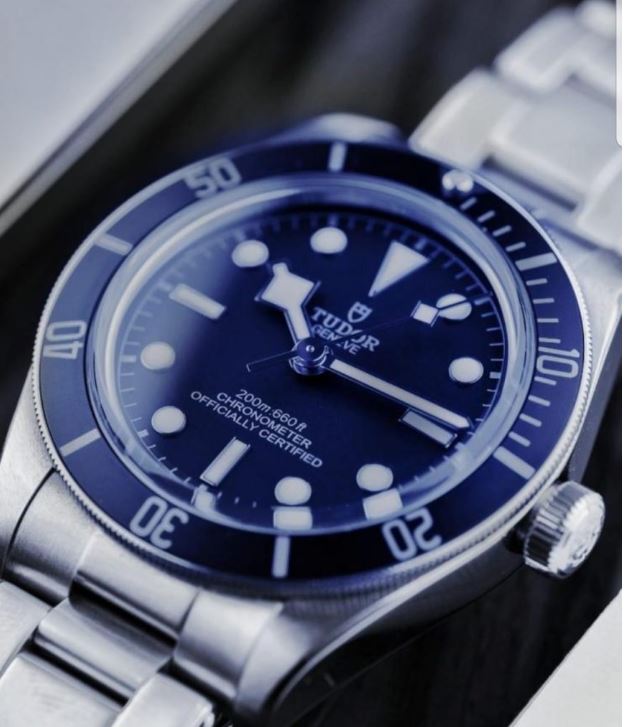 The BB58 Blue is but the next step in this strategy. Blue after all, was the next key difference in the successor to the original BB58’s inspiration. That is, after the swap to Snowflake hands and indices which is something the Pelagos already features. All that was left for Tudor to do was get the shade of blue right. I believe that they did, for the most part. Would I have preferred a blue that was closer to the Black Bay Blue? Perhaps. Then again, that blue may have been far too dark especially if Tudor was going to take the effort to produce a blue dial for this watch. A brighter more distinct blue, therefore, seems to be the logical choice. 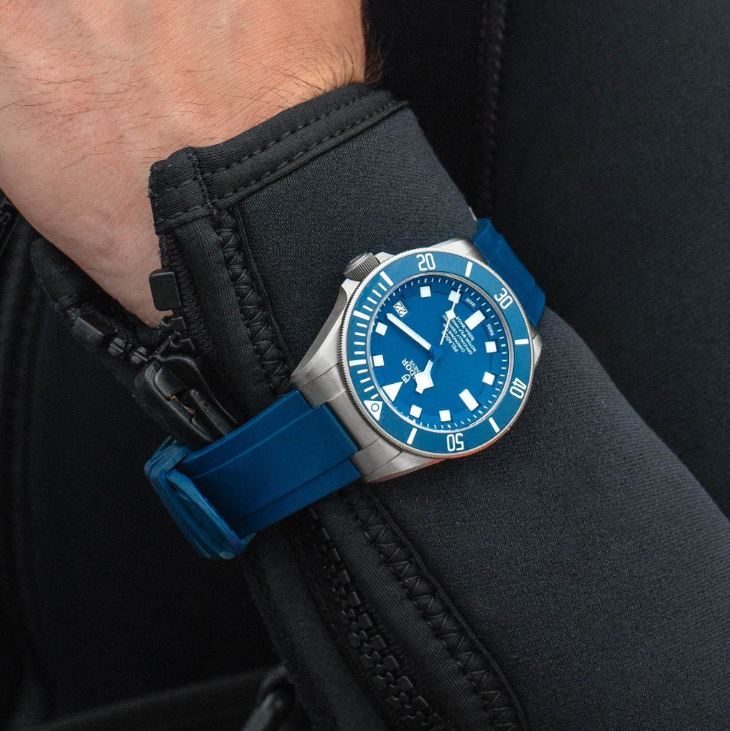 At the same time, it is nowhere nearly as bright as the blue Pelagos which allows this to still retain a lot of the versatility that comes with wearing a watch with more refined proportions. And though the specifications of the BB58 has been covered to death, allow me to say this one thing; the proportions on the BB58 are amazing as it takes all the charm of the Black Bay line to a whole different level. Of course, the BB58 blue doesn’t bear the same warmth that the original BB58 had given the absence of any gilt accents. However, in my opinion, blue goes better with silver given that both are cool tones as opposed to the contrast it would have had with gold. Moreover, this design choice is in line with the silver-coloured hands and indices that were present when blue was first introduced into the Tudor Submariner line-ups.

Overall, this is a solid and safe release by Tudor. Given how well the original BB58 sold, and the as yet unfulfilled demand for it, this should sell like hotcakes too. I concede that perhaps this release isn’t the most adventurous release from Tudor as some would point out. Then again, Tudor attempted something like that in the P01 a year ago to much vitriol. Even if we discount the P01 as a case of unique circumstances given the mess-up in its pre-release marketing, there is also the Tudor North Flag which is also a relatively interesting and unconventional watch. That watch is also one of Tudor’s least popular watches and easily comes behind most of the Black Bay line-up. Can we really blame Tudor for sticking to what works? Besides, there are plenty who have wanted the BB58 in other colours and this release will no doubt please that group of people if no one else. Is this release better than the original? I will hold my thoughts on that for now. Perhaps someday, I will decide that I want both BB58s in my collection. For now though, look out for the upcoming hands-on review from my fellow Scottish Watches writers as soon as their watches arrive at their doorsteps, customs allowing.

Look out for our video coverage on this channel probably on Monday. 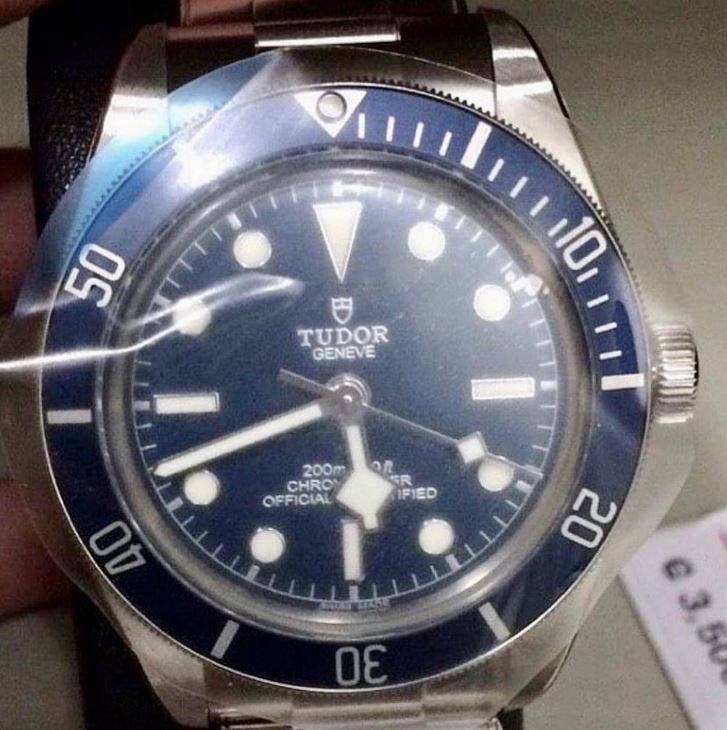