I suppose it has only taken most of my adult life to realize, but Tuesday’s really are the best day of the week J.

Hello again everybody, Nic here, taking you all through another installment of #halfwatchtuesday. A lot went on horologically this week, no less starting with the visit of Hodinkee and Grand Seiko to Glasgow. I was lucky enough to attend the event, alas a little late and it was just phenomenal to see it so well attended. The quality of watches was, as you’d expect from Grand Seiko were quite simply stunning. Also, seeing Hodinkee’s Jack Forster and Grand Seiko head designer Nobuhiro Kosugi in the flesh brought about no less than a squeal of boyish excitement from this humble watch enthusiast. All in all, a quality night. I’m also sure you’ll hear about #halfwatchtuesday crashing a party at Anordain with the infamous influencer @aggressivetiminghabits in the week to come, ill leave Omair to chat about that 😉

So to the topic at hand. Just a short one this week, really just to get the topic introduced and for me to do a little more research into it: basic mathematics I guess, the larger the sample size, the more conclusive the result. This really came about with a number of mates of mine purchasing different pieces over the last few weeks and it got me thinking back to the last experience I had with purchasing a watch from an AD. So as my own experiences with such things are limited, I asked a few of my mates of their experiences, both positive and negative regarding dealing with respective AD’s.

Now, as I said I do want to ask a lot more people over the coming weeks regarding such experiences, so I’m really only generalizing at this moment in time, however the general consensus from what I found was that AD’s could be seen to be somewhat of a mixed bag. Staff, whether they were standoffish or of a pestering nature seemed to come up a bit, as with unknowledgeable staff, which appeared to be amongst the most frustrating issue. Ultimately a lack of good quality customer service seemed to be where the majority of people felt AD’s broke down.

Now it wasn’t all bad right enough. Plenty of good examples of AD’s going above and beyond were mentioned, which I can mirror from my own limited experience. The Omega boutique where I purchased my Speedmaster, were nothing but helpful and, most importantly,  provided superior communication over the whole experience. I think the whole idea of using AD’s was perfectly summarised by one saying, “to visit lots of AD’s and find one that actually cares about you. When you find them, stick with them whenever you can”. Personally I don’t think you can summarise this any better. What will be interesting to see is if in the coming weeks, the people I ask, concur in this thinking.

So, this is definitely a topic that I need more of everyone’s opinions about. I will look to revisit this in a few weeks, so if anyone has any experience with their own AD’s, good or bad, I’d love to hear about them. Drop me a line or, as usual, answers on a postcard.

So the actual best part of this article, the best pictures of the week! Imaginative thinking was again right up there this week, so lets see who made the list! 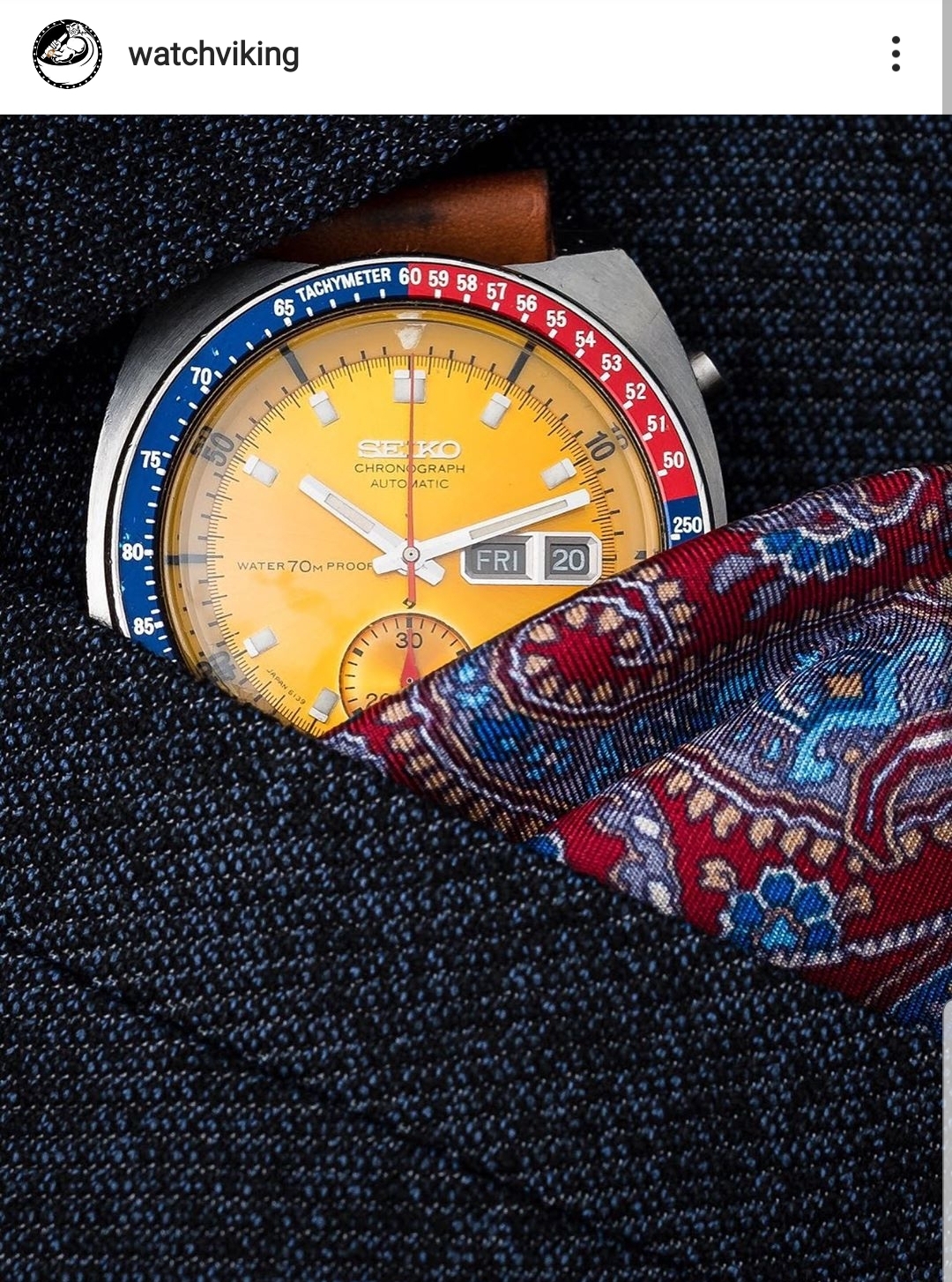 Starting us off is the dapper @watchviking dressing his up vintage Seiko ever so smartly with the coolest pocket square. Very cool shot! 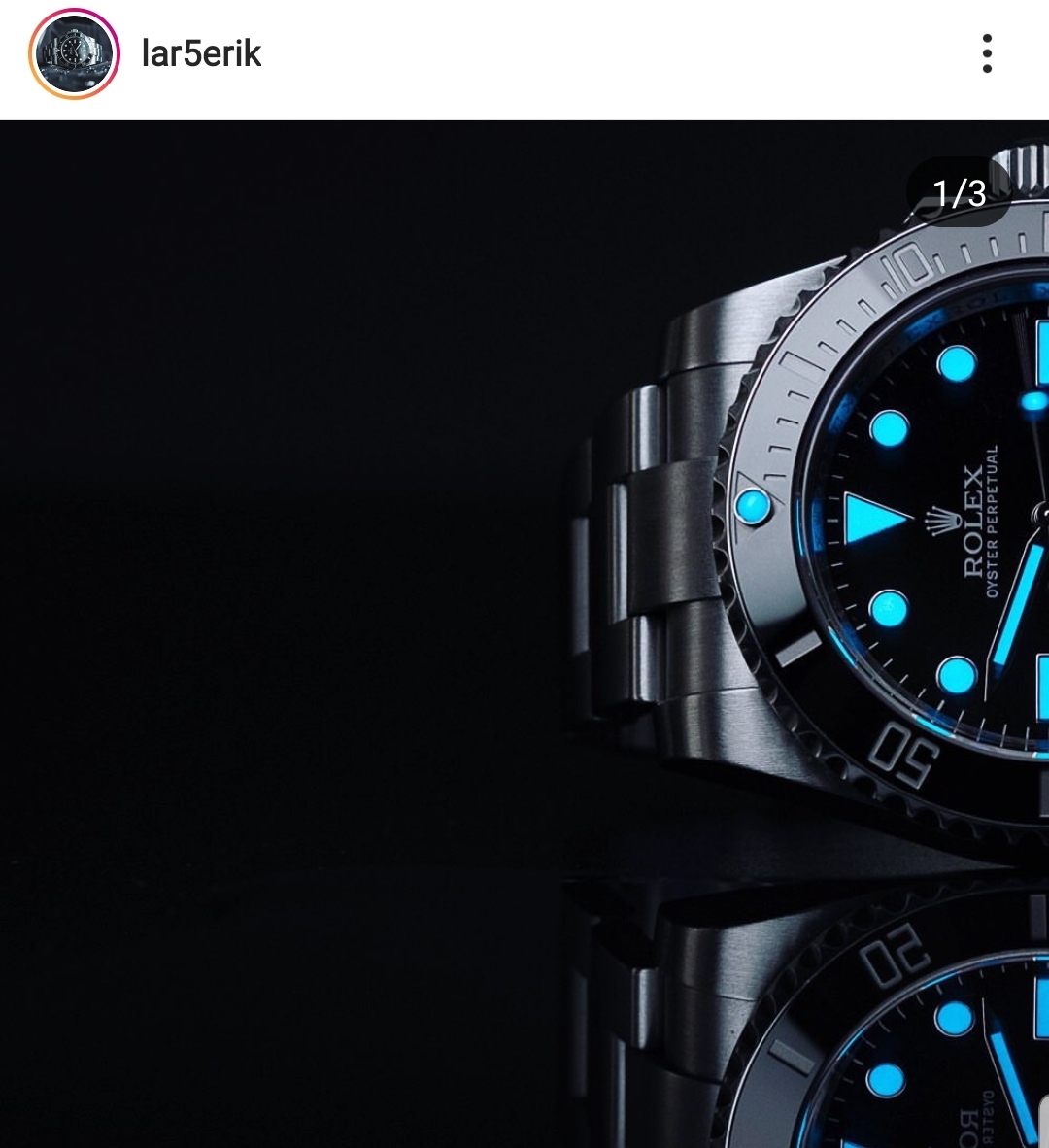 Now everything that has been said about @lar5erik has already been said, so many times! There aren’t enough adjectives for this guy. So you know what, I’m not even going to say anything, just go and see his half watch lume shot for yourself. 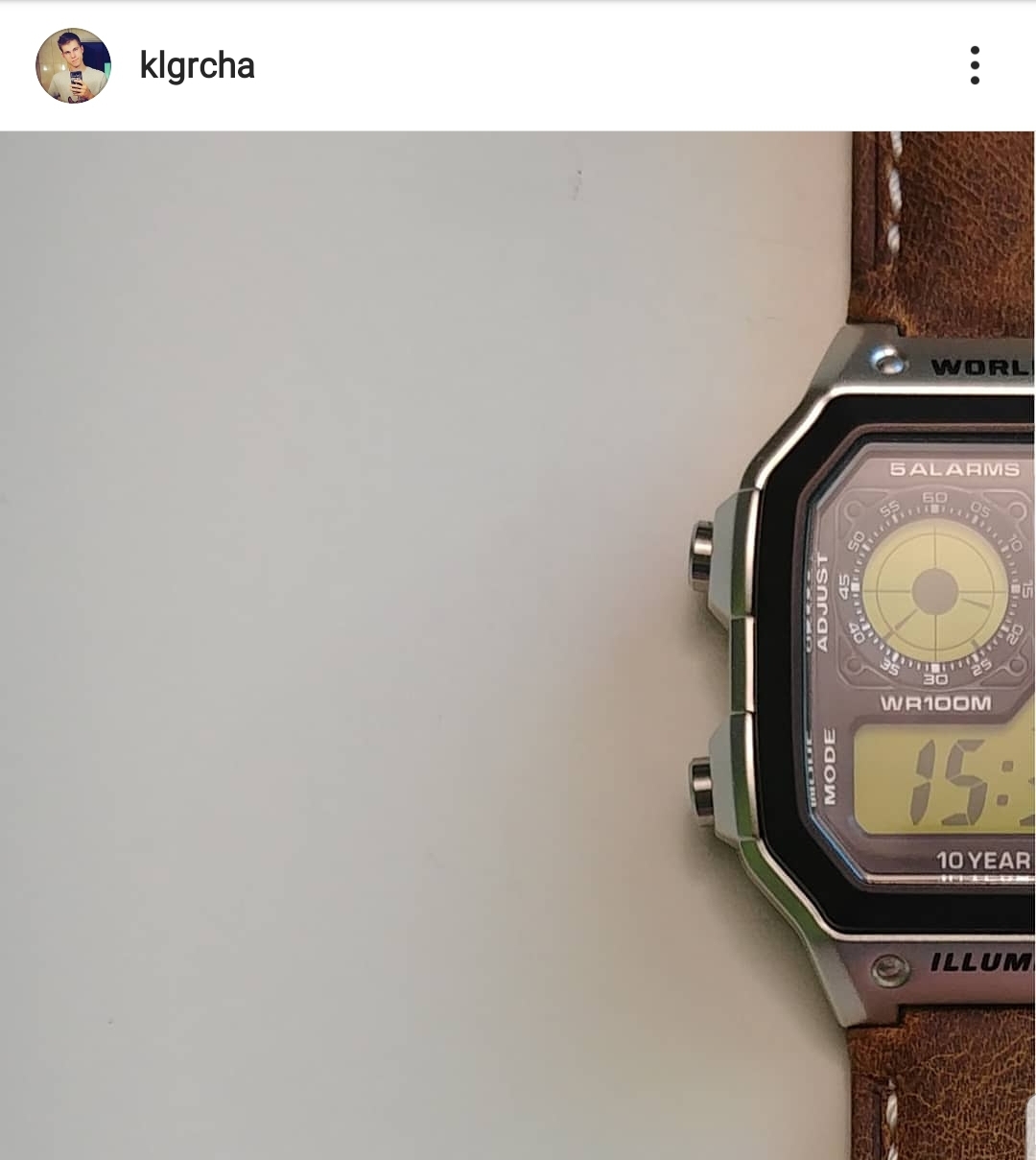 New to the movement is @klgrcha who, with a very clever dual half shot of his Casio, looks like he’s been halfwatching for years! Cool shot buddy and welcome to the movement. 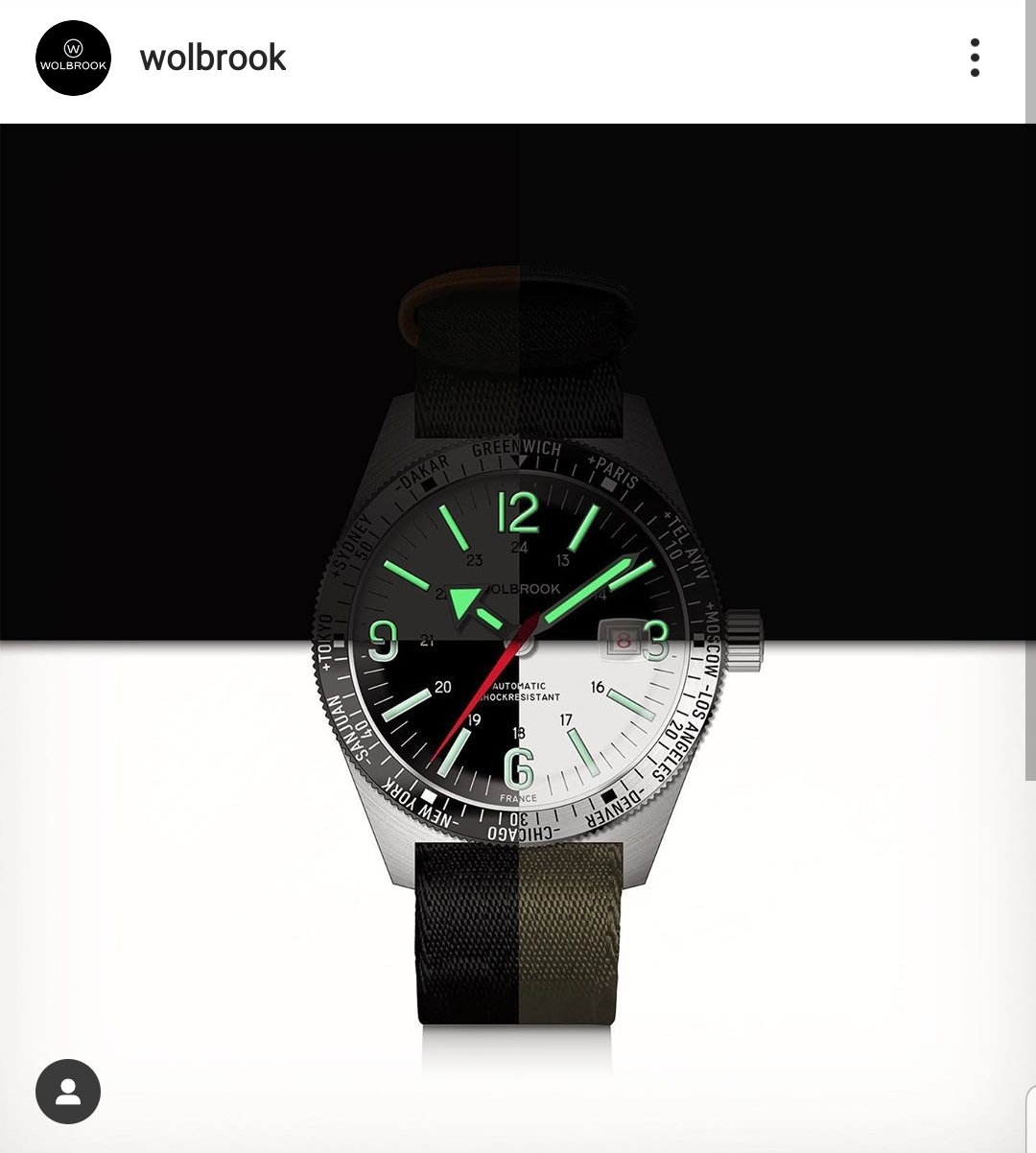 @wolbrook then raises the game even higher with a stunning half light, half dark, half lume shot that has so many halves in it, that I can’t keep up! Wonderful shot! 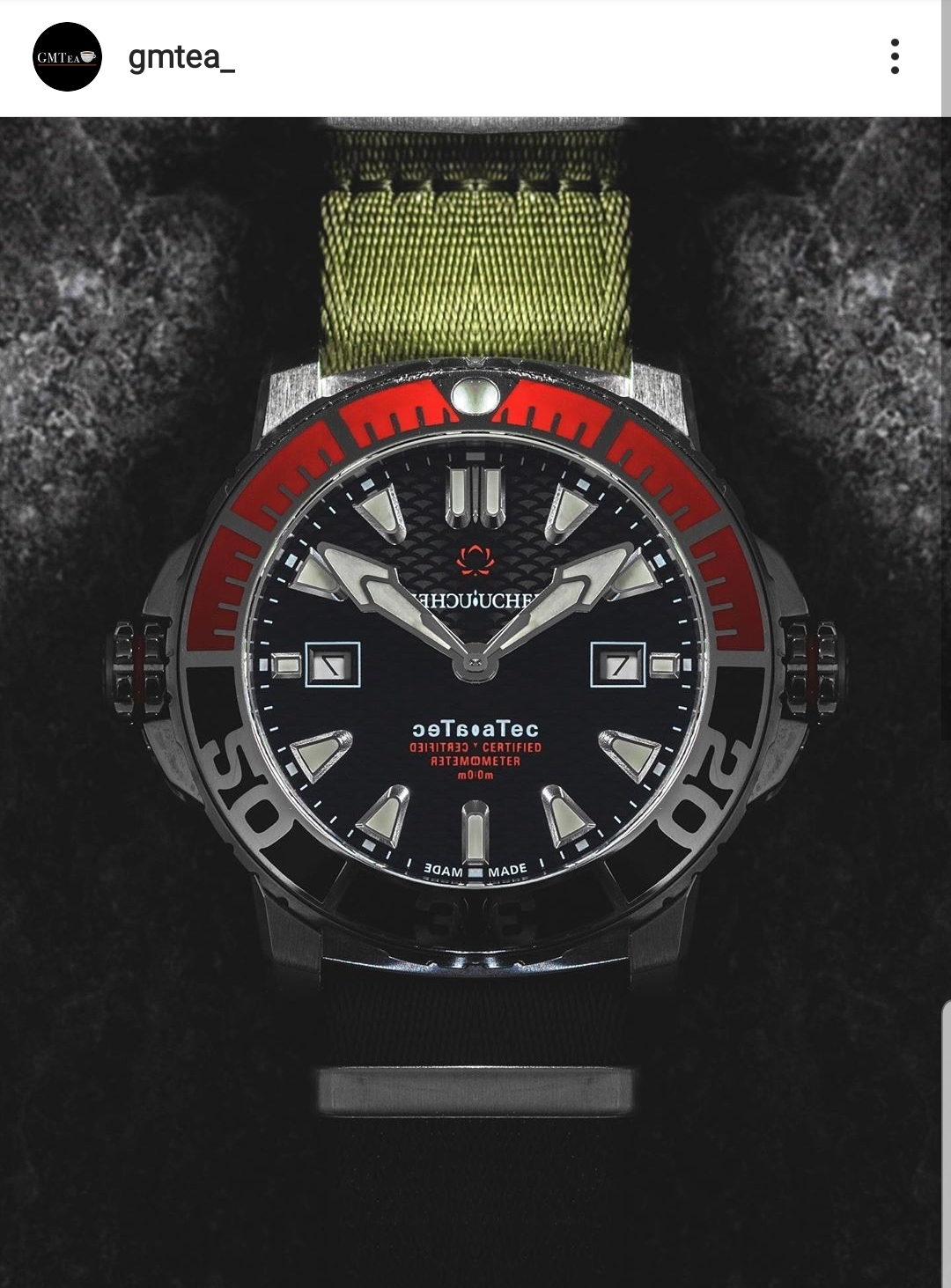 The mirror effect is definitely one of the coolest half watch effects I’ve seen doing all this and @gmtea_ absolutely nails it with a wicked shot of his Scubatech. Brilliant effect buddy! 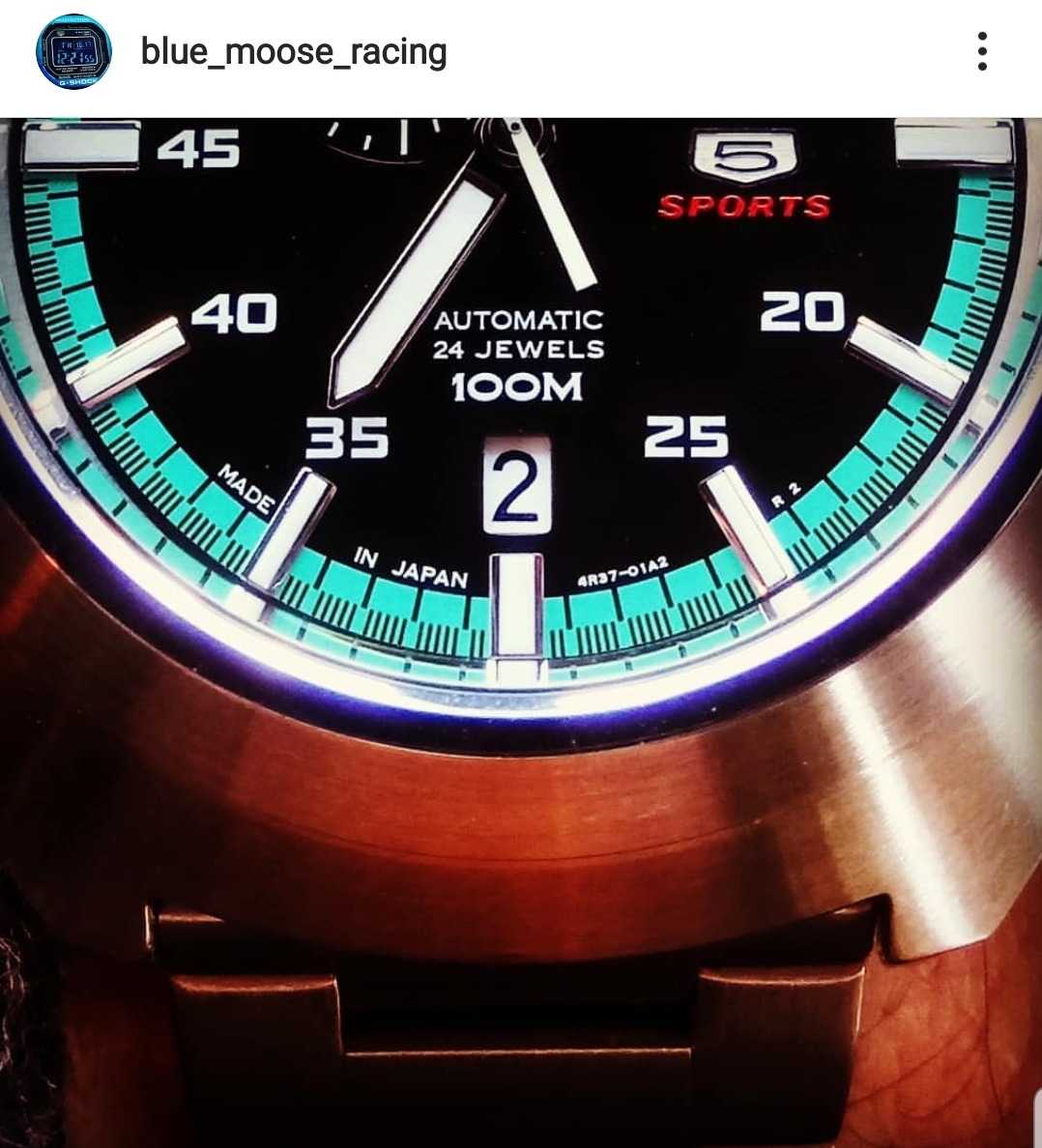 It was awfully sweet of @blue_moose_racing to have concerns that a half watch shot of his Seiko would take up too much real estate on our page. Honestly mate, with a shot like that, you can take up as much room as you like! 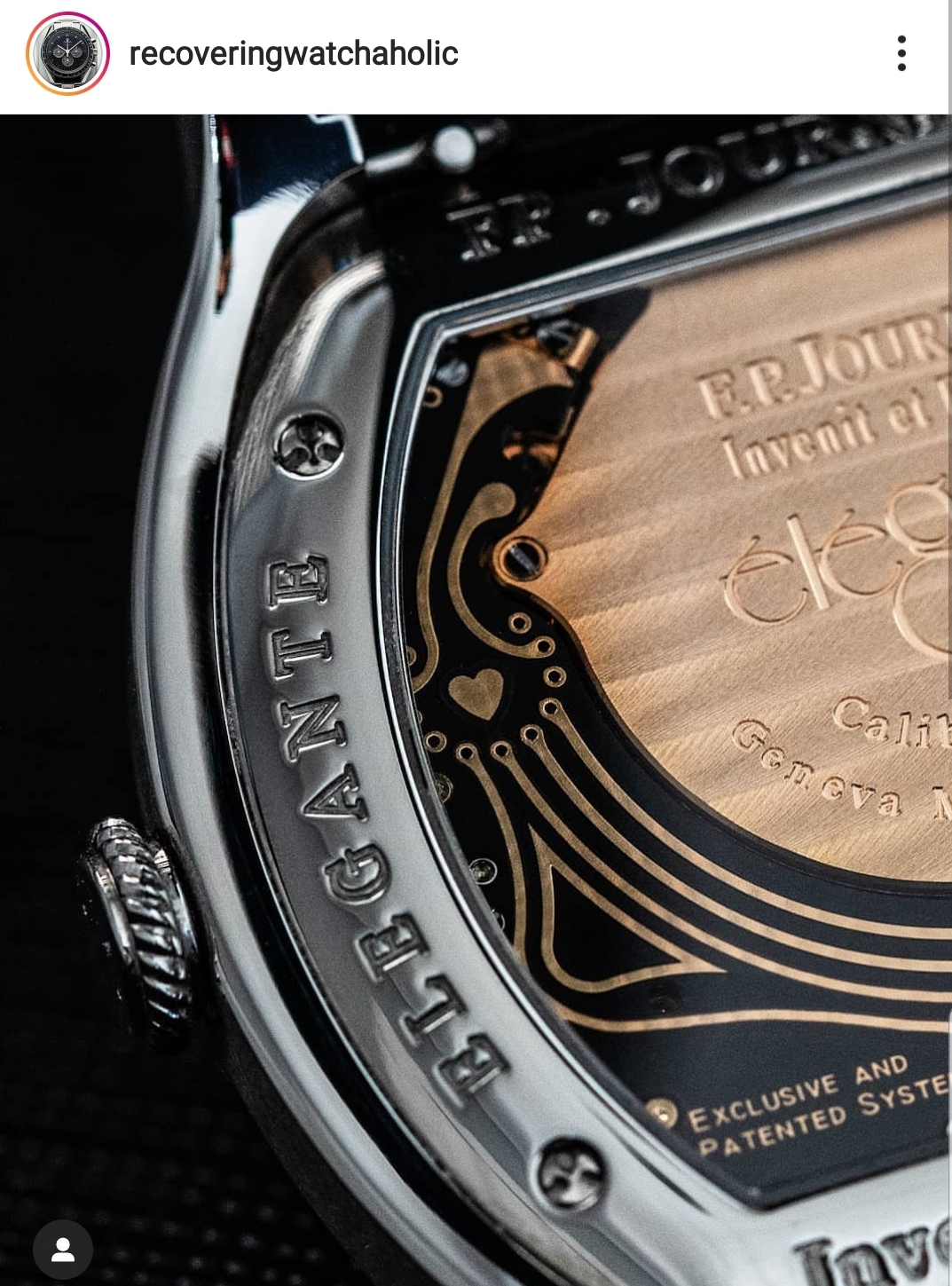 As I’ve said before, I do love a nice backside. @recoveringwatchaholic utterly takes my breath away with a quite ridiculous shot of his FP Journe. Just nonsense this shot honestly J 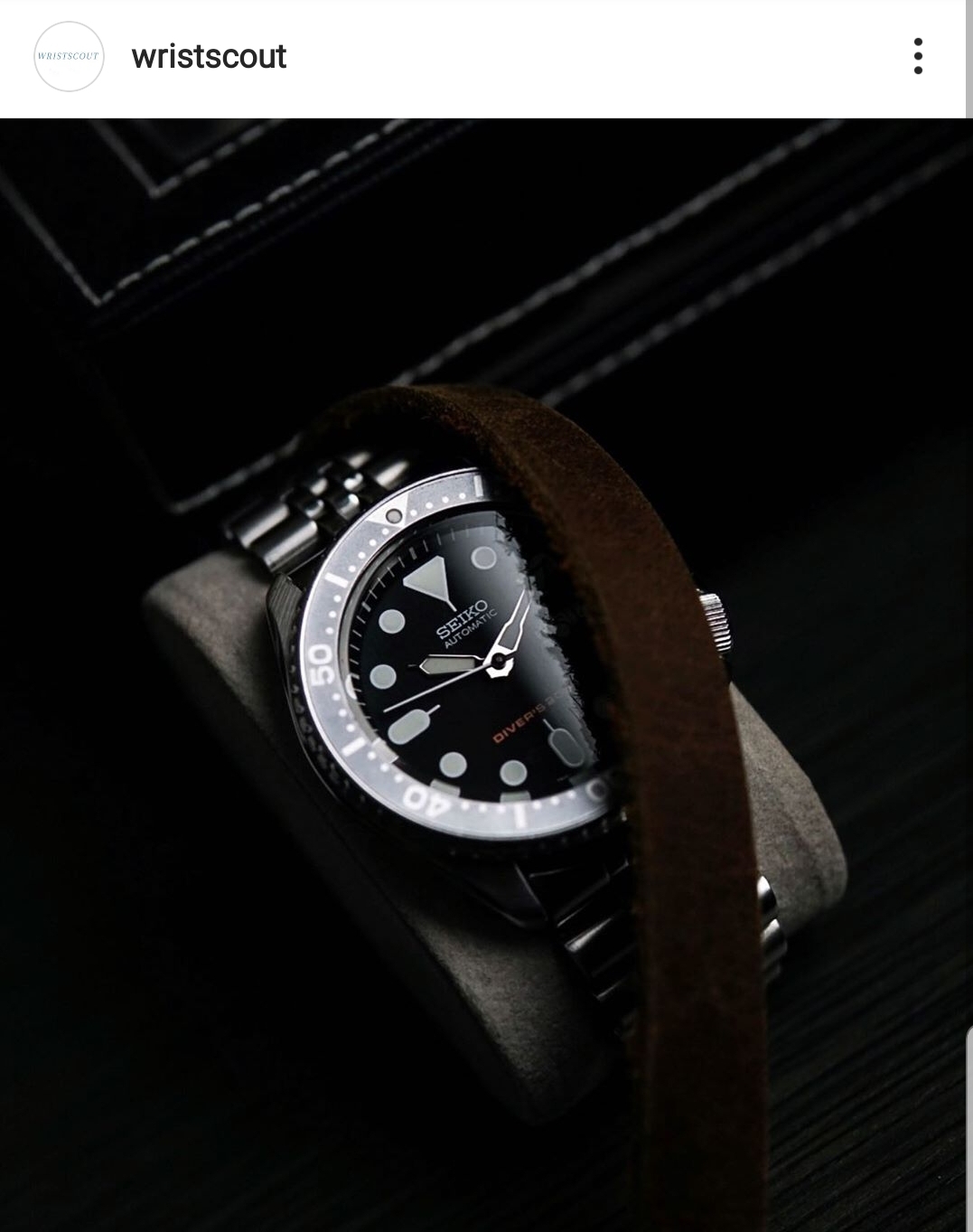 There’s just something about a half watch SKX shot and @wristscout proves this effortlessly with a beautiful shadow shot. The lighting on this is just wonderful man, there are no other words for it. 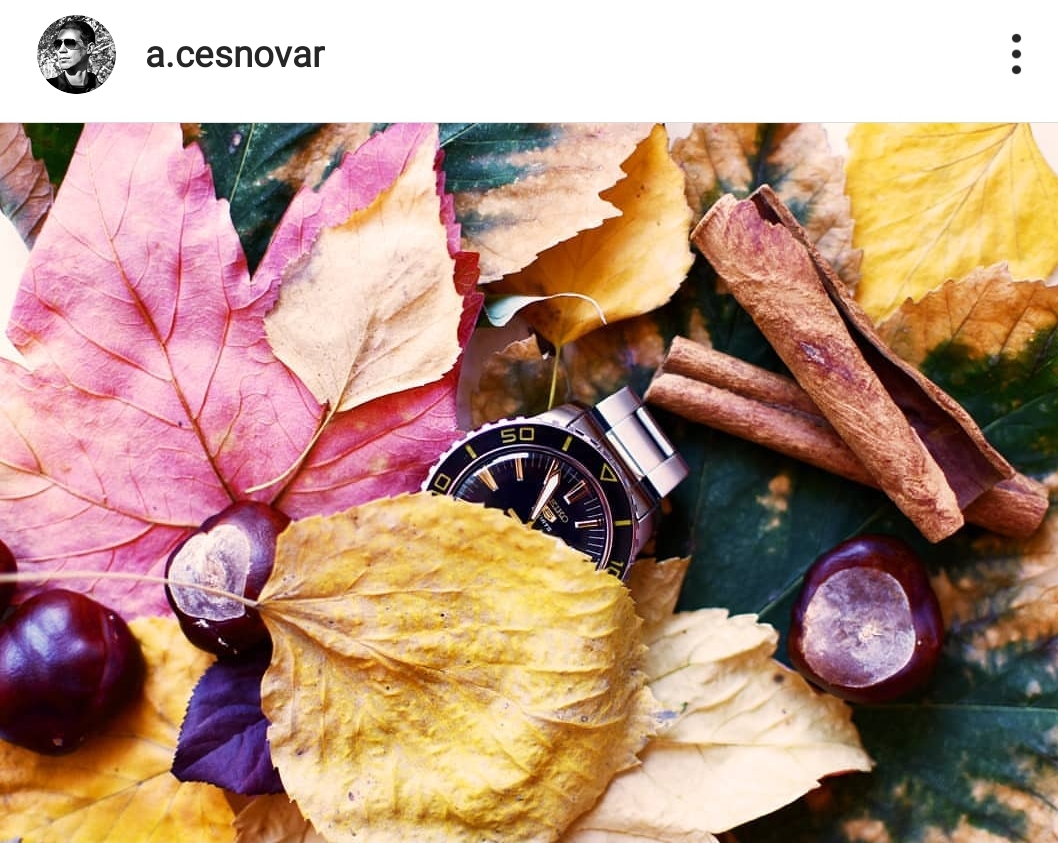 By far, my favourite season is Autumn. The colours of the leaves and the almost winding down feeling within nature. @a.cesnovar captures this perfectly with a shot of his Seiko 5 embedded within fallen leaves. The colour offset is just gorgeous. 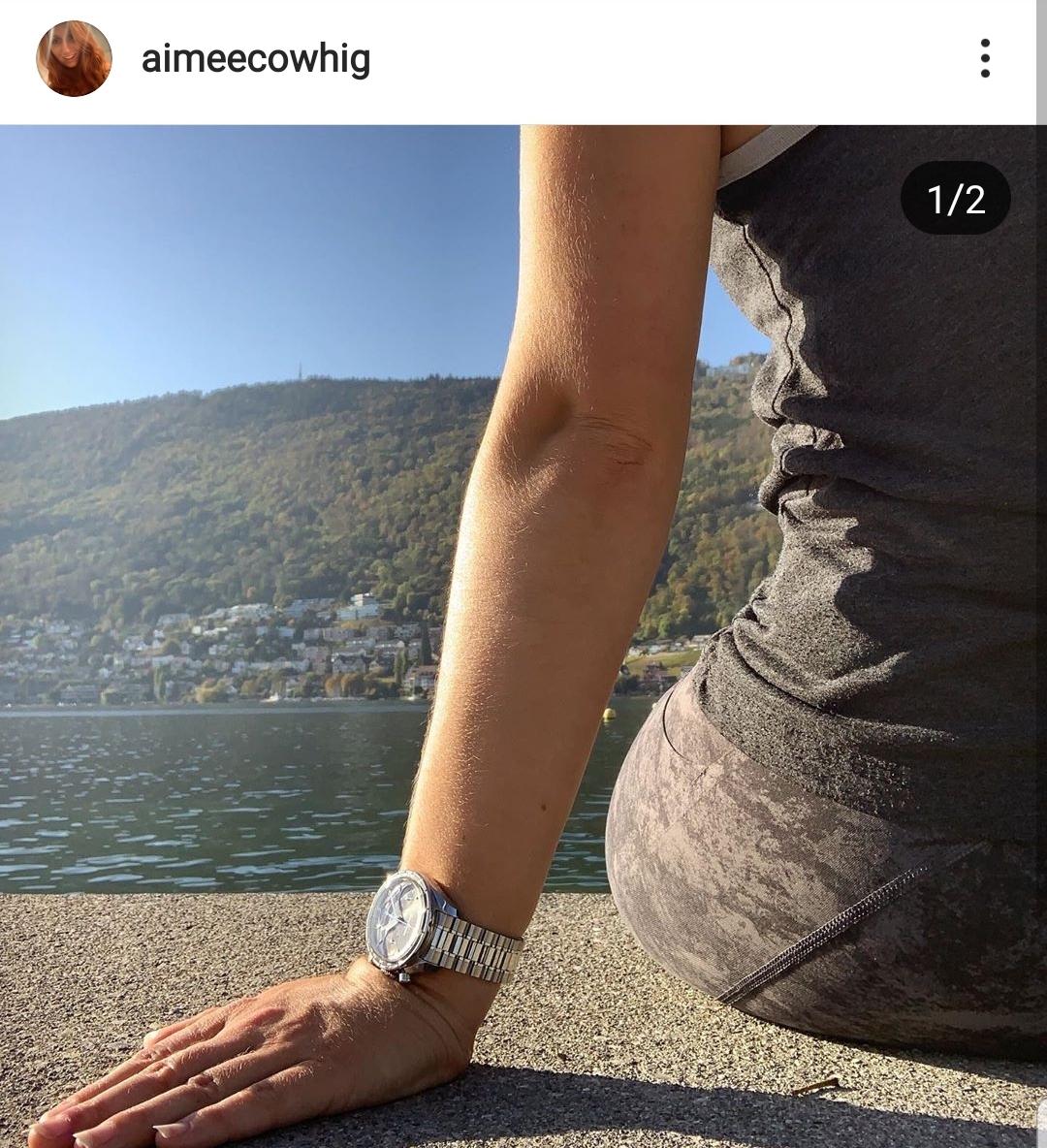 And finally, last but certainly not least, she may have been half arsed taking the photo but it was nonetheless awesome all the same. @aimeecowhig with a beautiful shot of her Speedy in the sunshine.

A couple of shoutouts to finish up. Watches and coffee, is there a better combination? We don’t think so. Neither does Brew watches, who take inspiration from our favourite caffeinated beverage. We adore the Retrograph and the special graduations to 35secs to time the perfect espresso. We love their ethos and sick Instagram profile, so we are more than a little excited when they joined the halfwatch party. 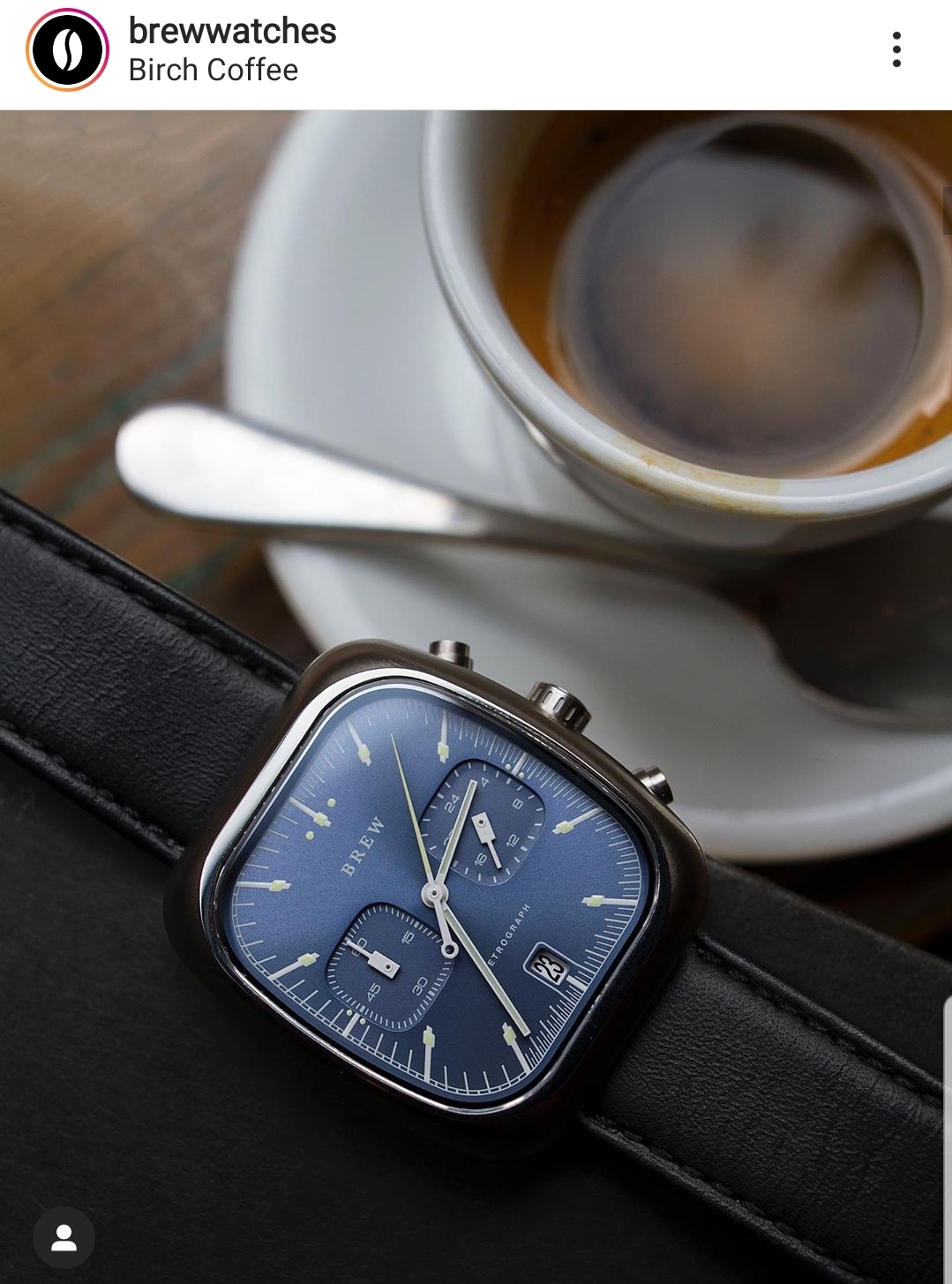 We also welcomed Ardor and Forge watches to the movement this week.  A microbrand out of Pennsylvania who look to design pieces inspired by nature for trails within nature. Their Rothrock Detweiler has a particularly tool like appeal to it with the whole Rothrock series having a solid looking design to them. Definately worth a check out guys! 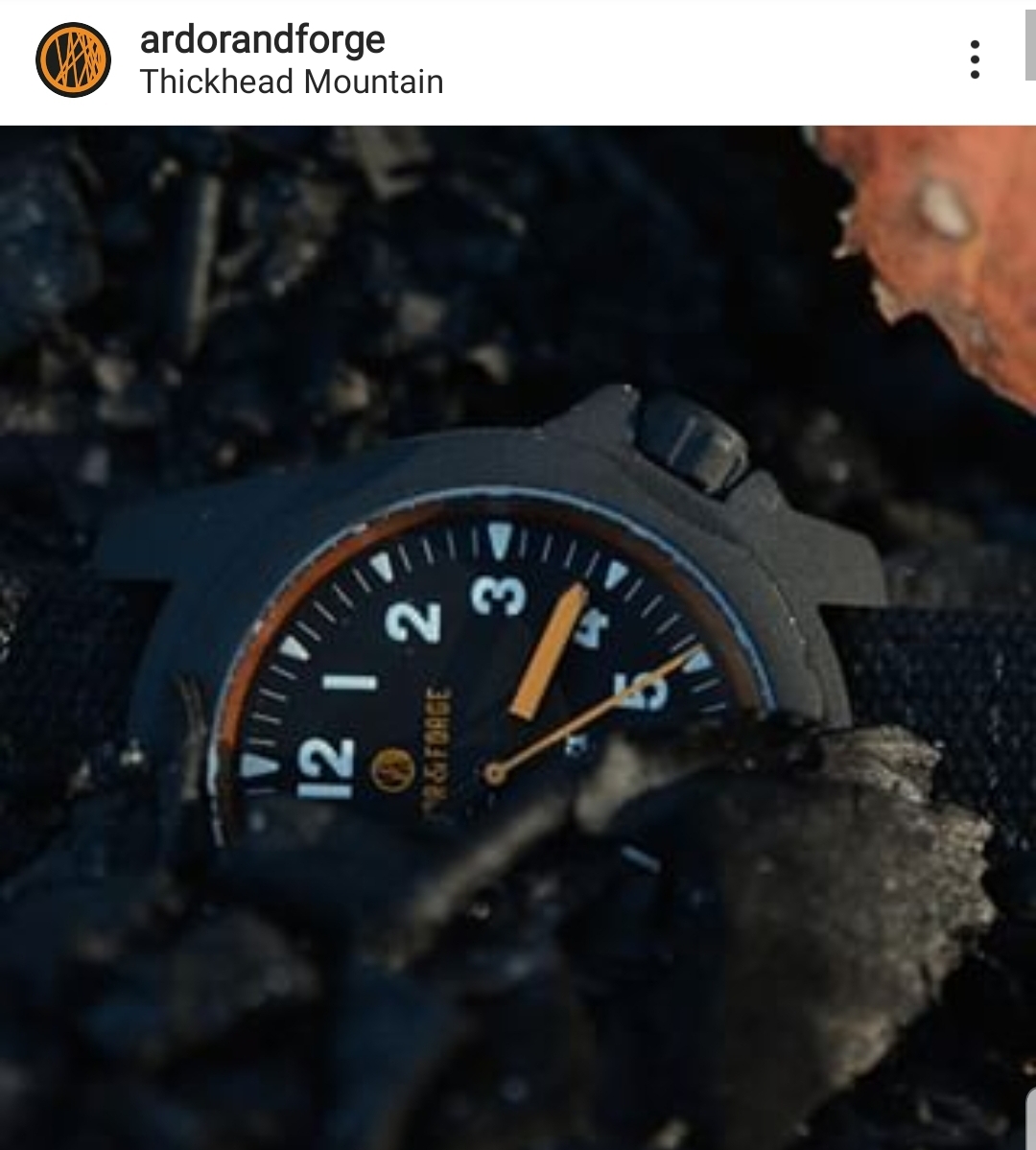 Well, as all good things must do, so comes the end of our time together for this week. Thank you so much to everyone who continues to support us in our endeavours and we look forward to seeing ‘y’all’ next week J

Until then, yours in horology