There is a lesser talked about fable that sits alongside the ‘grail watch’. A watch which completes a phase of collecting, stops you searching for more or completes a collection; an ‘exit watch’

This exit watch does not have to be some expensive, unobtainable grail. It could just as easily be a piece that has been lacking in the collection (a vintage watch or chronograph for example).

For a considerable number of months, I felt my personal collection was lacking in a certain piece. Having delved heaving into microbrands I found I was very tool watch heavy;  I was watch heavy full stop.

If you take the time to read these weekly articles (God bless you) you will have seen mine from two weeks ago lamenting the lack of dressier options at a sub £1000 limit, this isn’t just me saying it, an instagram poll I conducted showed the same. Also, when I asked the community what was the best Omega Aquaterra alternative under a grand, I got many good suggestions but nothing stood out.

At this point, I was a bit lost and likely to pursue another tool watch when out of the blue the community happened.  None other than Jason from Halios tagged me in a post by (master watch maker)  Hajime Asaoka highlighting the splendid latest Kurono Toyko dress watch, Jason had just written “endgame”

Firstly, when Jason speaks, you would be a fool not to listen. But even more impressively, here is what I consider one of the Godfather’s of the enthusiast brand world, he knows I love green, he knows the kind of watch I’m looking for, and he knows I’m looking for that elusive piece…me! I’m a nobody in this game and for Jason to be interested enough to know that about me (and that it would likely mean me selling my Halios) blows my mind and reflects the kind of soul he is.

Anyway, there I was, the thought was now clear. Leave the transient purchases behind, sell any that could go and complete the collection. With only 50 pieces it would have to be carefully planned. I asked my wife, she like the watch but she had one question. “Does this finish it?”

I slept on that question overnight. As lovely as the Kurono was, it possibly went too dressy for me and broke my first rule, a watch should be robust enough to wear everyday and suit at least a couple of situations.

So, what would be that exit piece? The answer was clear, I still longed for that quartz Grand Seiko. I had long trawled eBay (see our guide to eBay article) and only 3 such pieces had come up in a year (two of which has the old-style logo which I didn’t mind).  I had also looked at the Japanese Yahoo auctions, but the pieces were beaten up and I had an apprehension from buying in a different language. 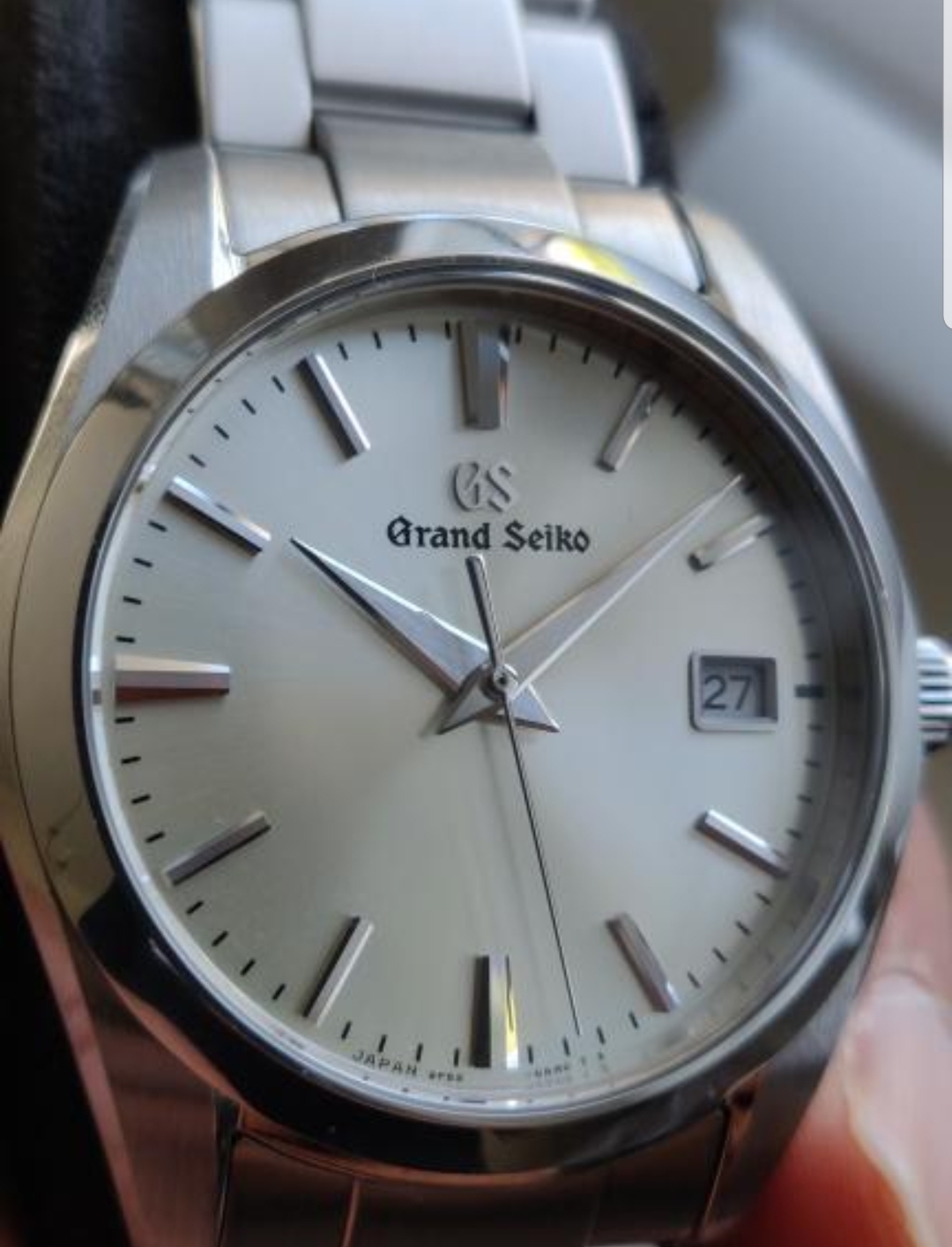 Then it happened, a near mint SBGX263 (a watch I have never tried on before) appeared on Ebay, only eight months old. It’s size on paper (37mm, 10mm thick) sounded perfect.  I put photos of the Kurono beside the GS, would getting the former sate my appetite for the latter? Should I go for the watch that instagram would love over what I have been aiming for (see last week’s article), the answer this time was no, the Grand Seiko was the one.

A price was agreed and in a few days it was in my hands. I had it in my house a whole day without opening it. Seven years after first hearing of the brand this was now the moment, it was worth building it up just a little more.

I opened it with my son and wife, it was perfect.  I felt then my collection could well be complete. Three tool watches have had to go, but the sacrifice feels worth it. I look at it and smile. Any yearning for another piece has gone, this could really be the exit.

Now, all this is not to say I will never buy another piece (I am what I am), but I feel the gap in my collection that has prevailed for so long has finally been plugged. No doubt people will line up to tell me what folly it is that I think the game could really be over, but my thought has always been you can get a good watch that does everything you desire from it for £3000 or under, so those brands above that haven’t ever been on my radar. But for now I feel done, content.

That is not to say I’m going anywhere though. How else would I get my weekly fixed of awesome Halfwatch Tuesday shots, the pick of which are right here. 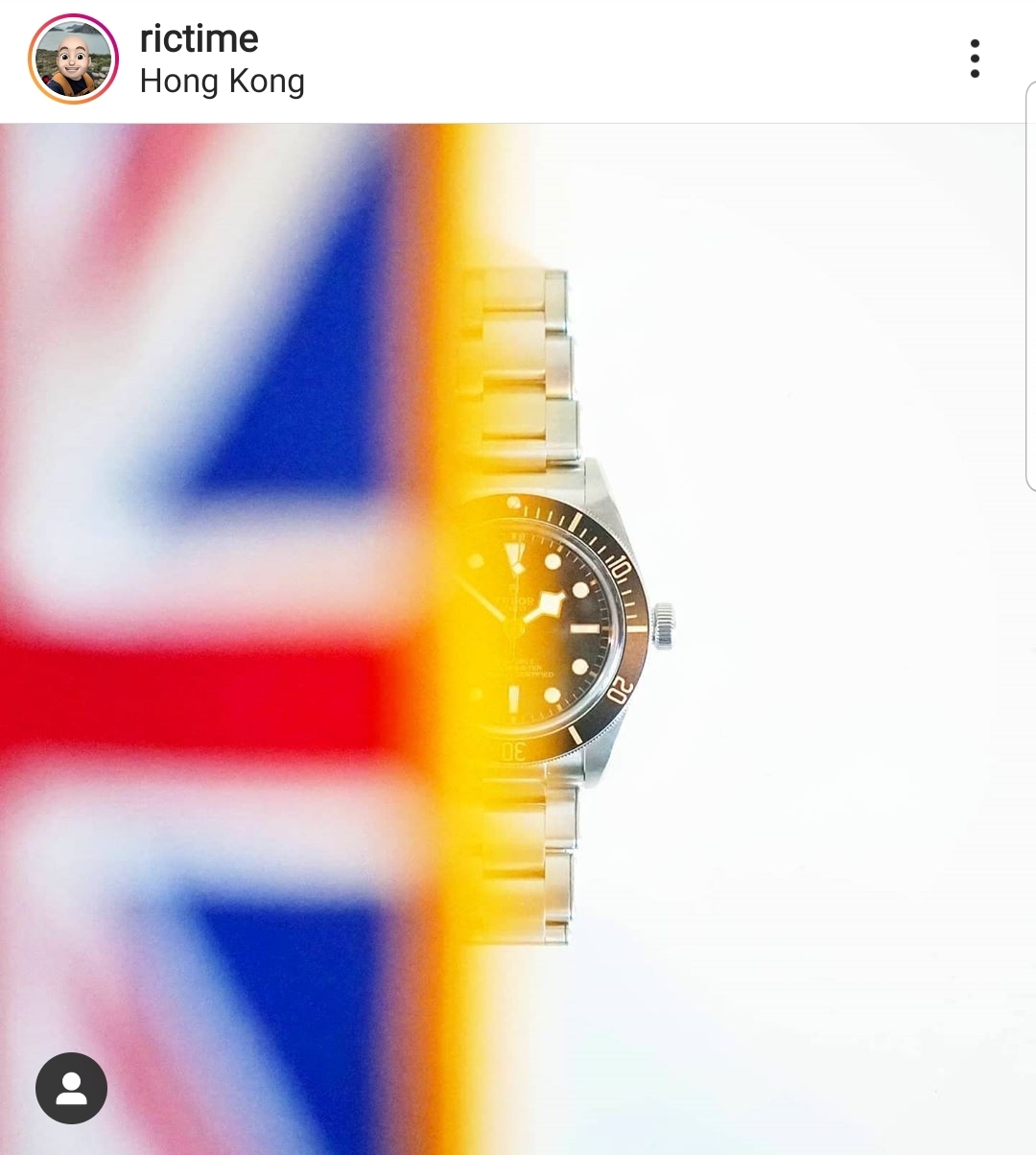 I don’t know how much Britannia rules any more, but this blast of colour from @rictime certainly does. 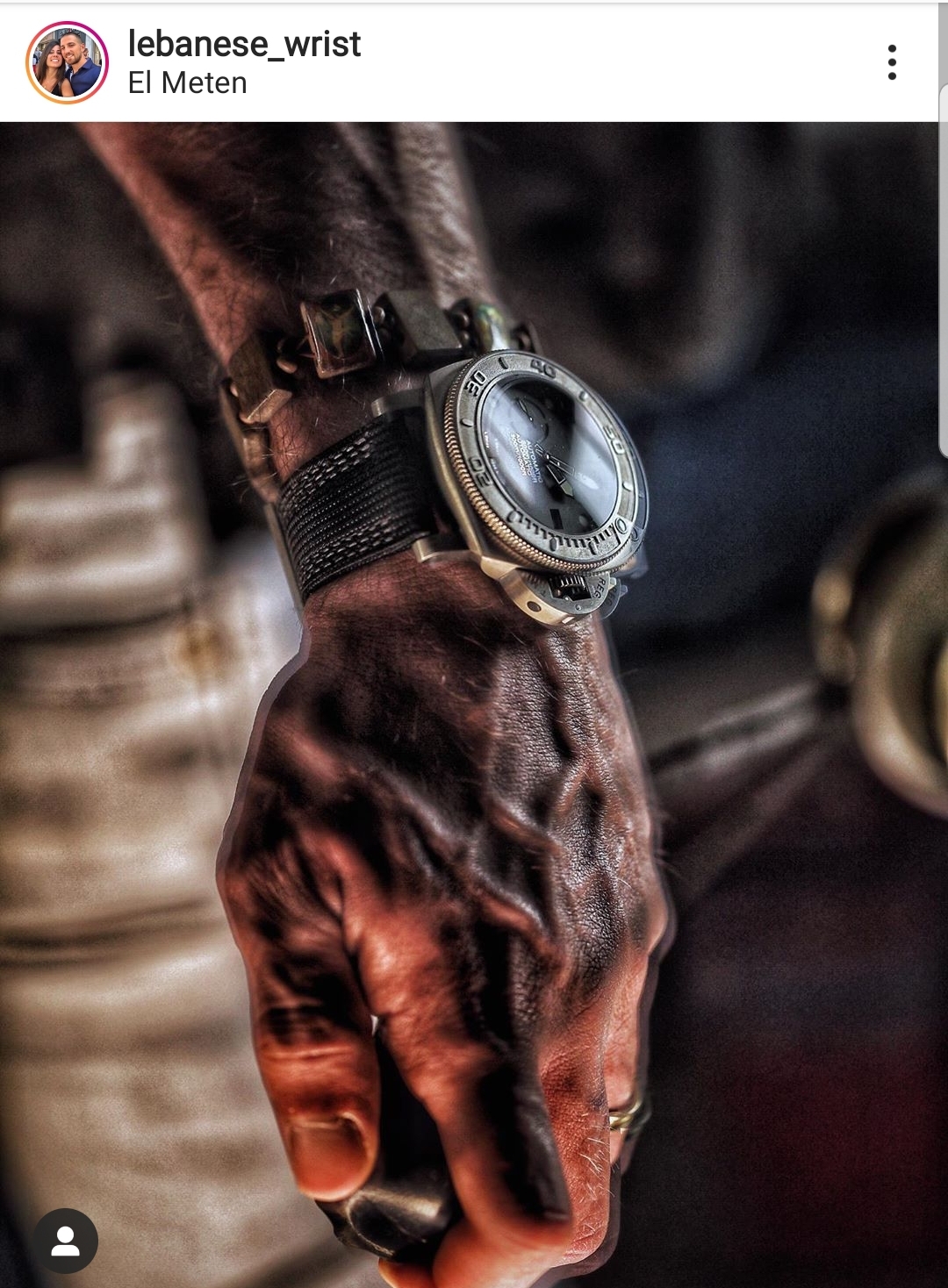 Often we look for the cleanest shot, but we are loving the visceral vascularity of @lebanese_wrist 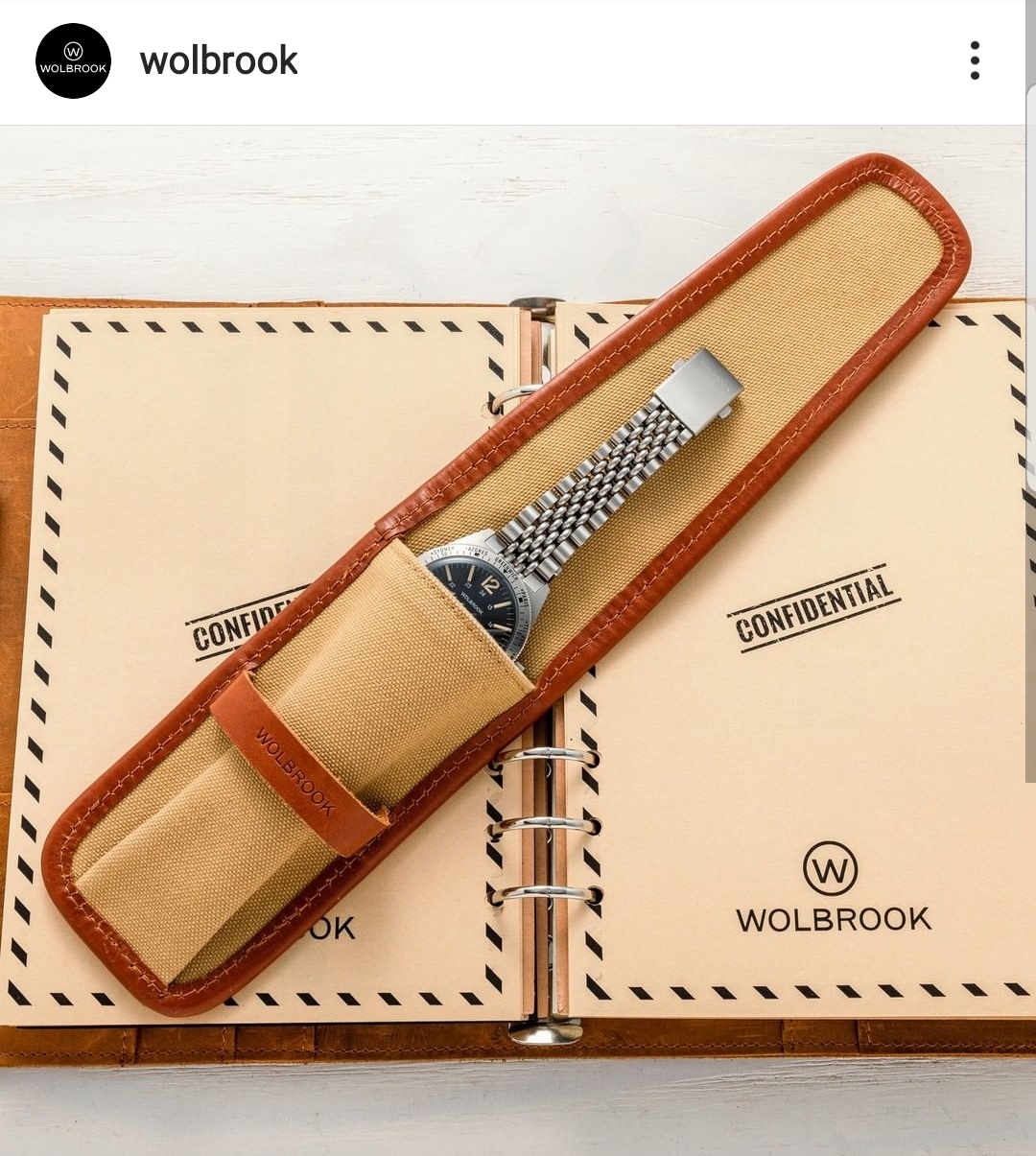 I’m all about the neutrals these days so this shot of the beads of rice from our friends @wolbrook sings to us. 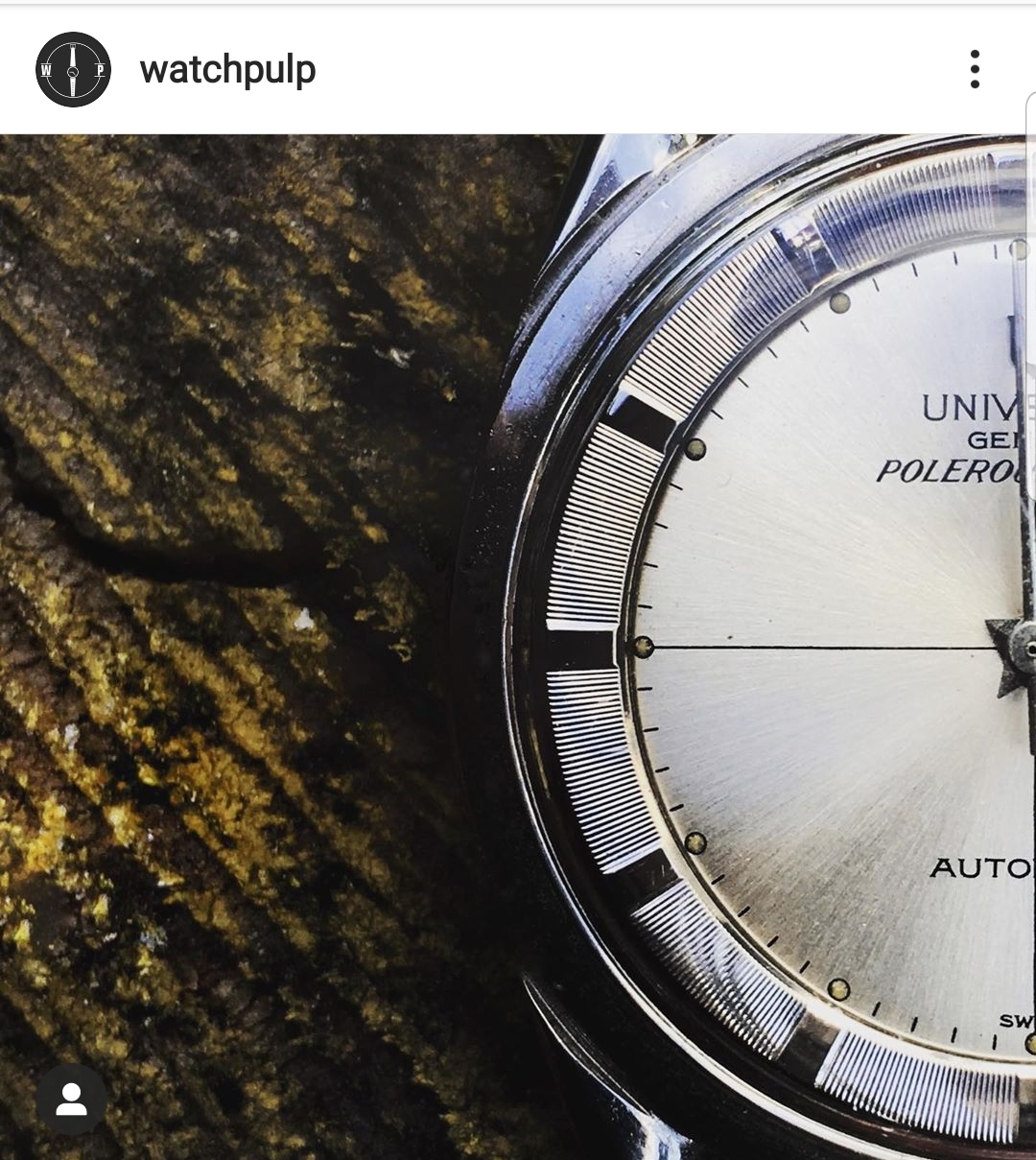 The Polerouter has played on all our minds, Oh to find one as clean as this from @watchpulp 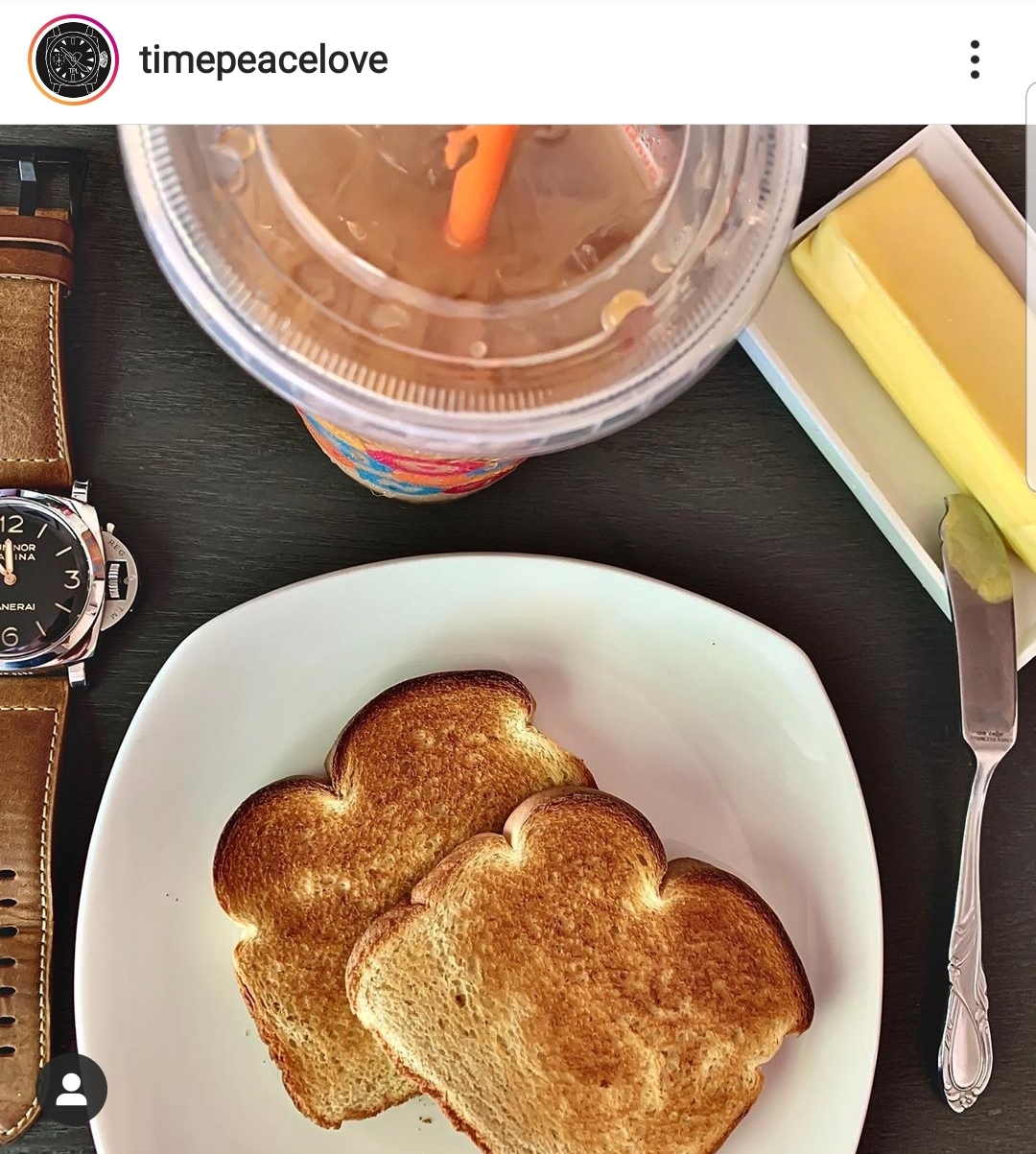 Often the watch is front and centre in the shot, but @timepeacelove shows us the priority at breakfast time. 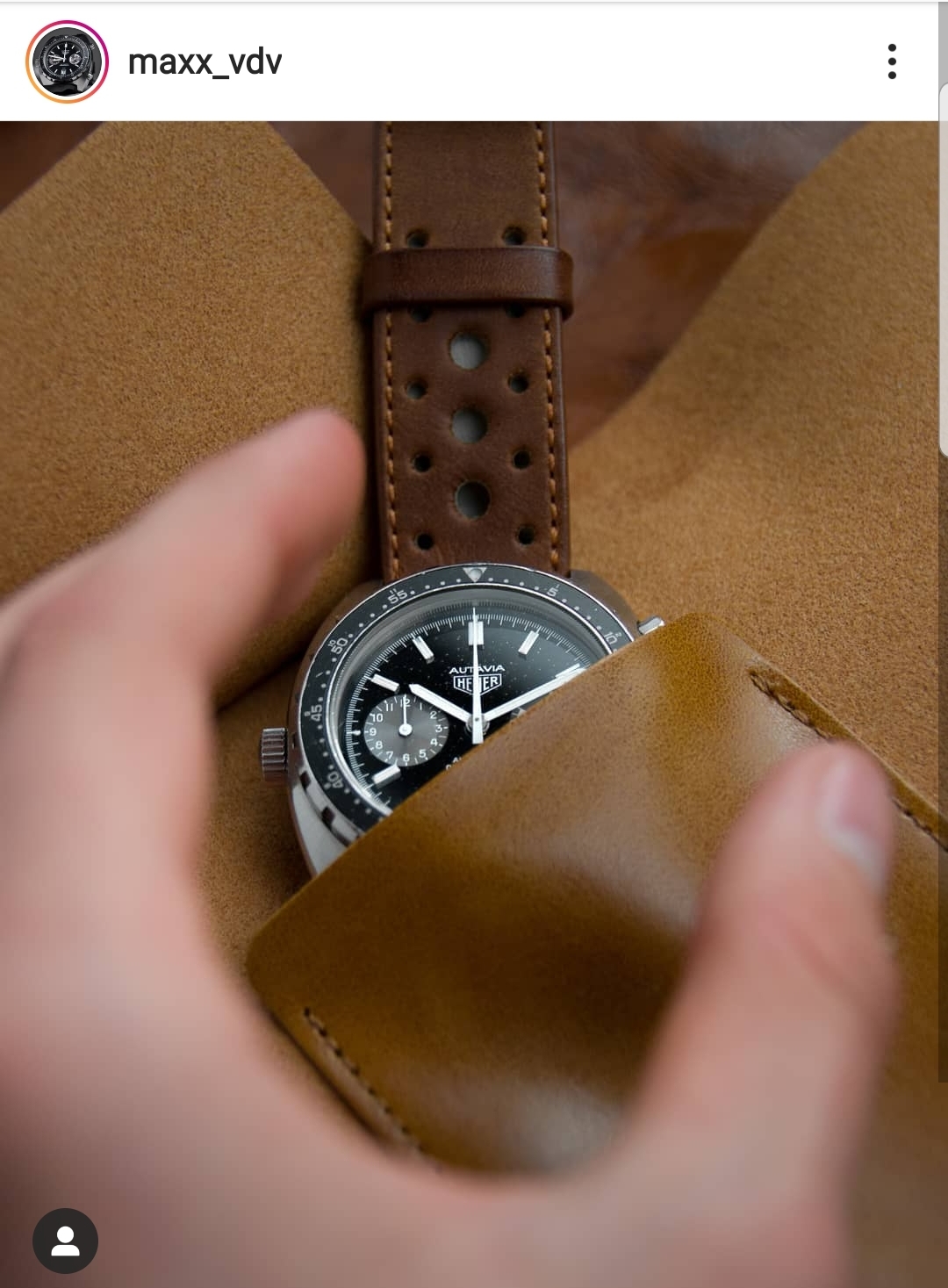 Carrying on with the natural ( I know I said neutral) is @maxx_vdv with his Heuer Chrono encapsulated in leather.

Speaking of leather I have spent more than a little time browsing some for the Grand Seiko. One of the main contenders is @delugsstraps, so we are delighted to welcome them to Halfwatch Tuesday. They have a huge array of product, but if you can’t find the perfect thing they will custom make you it. Don’t forget to take advantage of their 15% off first order code. 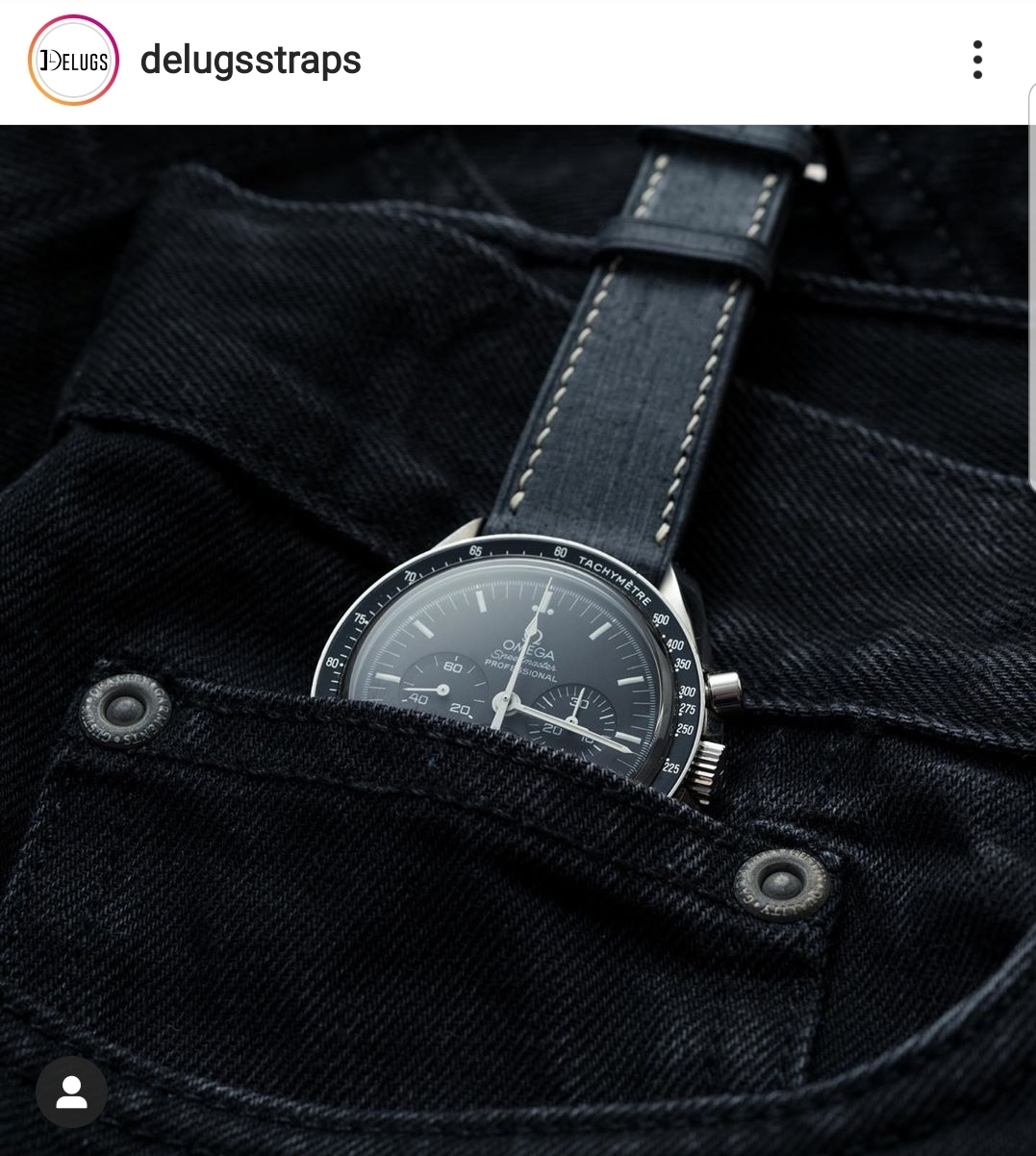 Well guys that’s a wrap. Do you believe in the concept of an exit watch or does the game never stop?

We have some special content coming for you at Sunday 31st 10am UK  time, when we welcome back @noduswatches for a Halfwatch Tuesday Live of their Sector Filed watch, and staff tuned for a very special announcement.

Until then have a great weekend 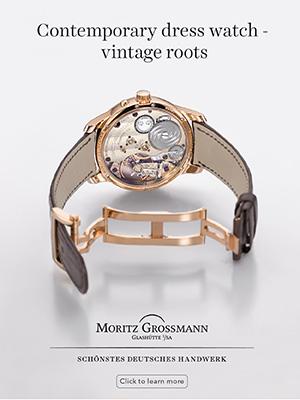