The Tudor Royal is now available worldwide, what does this mean for the brand? What is the message they are sending to the world? Let’s talk about it. 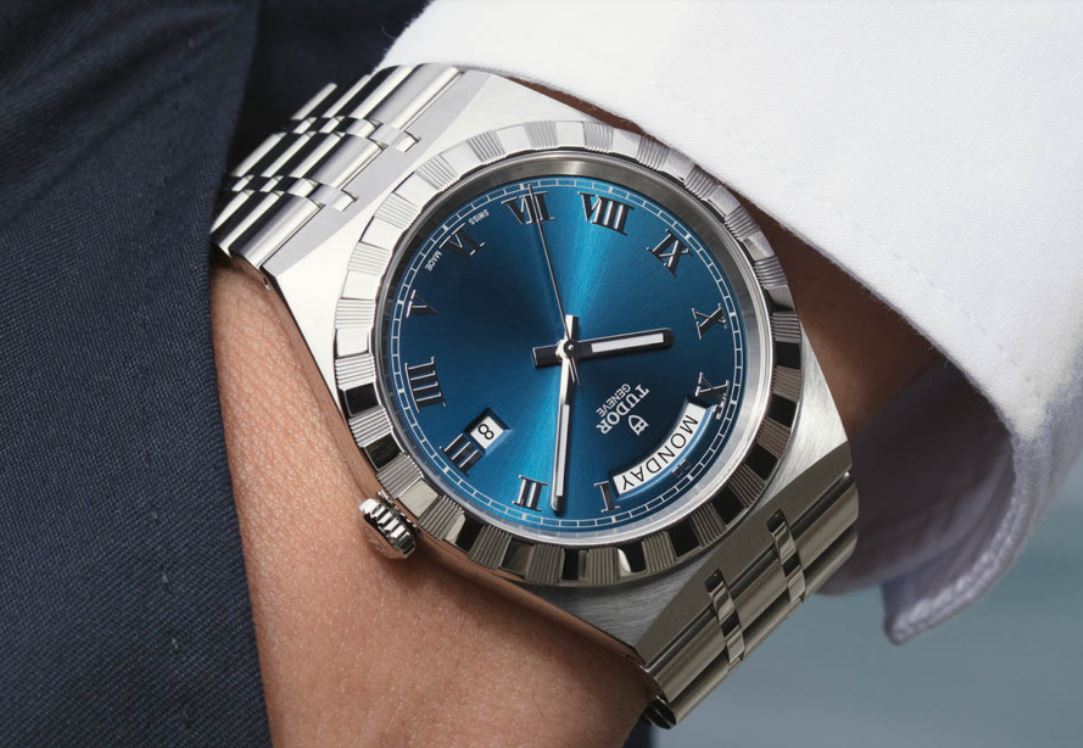 Tudor was catapulted back into the spotlight with the release of the Tudor Black Bay in 2012. This sexy little number was met with huge admiration and was an instant hit. Tudor took notice of this and has since then released model after model bearing the same name. There are now roughly seven different iterations of the Black Bay, from GMT to Chronograph. It can be argued that Tudor has been riding on the coattails of this success, and it seems as though they are finally trying to diversify their brand. Enter the Tudor Royal, a truly handsome piece with an integrated bracelet, Day-Date complication, and a healthy choice of dial colors and case sizes. Though this model was originally exclusive to the Asian market, that has now changed in recent weeks with the announcement of Tudor Royal going global. I believe this is an excellent step toward Tudor being more than just the brand that makes the Black Bay, and into a more holistic approach that will appeal to the masses. A decent dress watch is something that Tudor has been missing in their line up since the curtain opened in 2012 and in my opinion, they have hit the nail on the head with this new model. Great design at a great price, something that Tudor does better than anyone else in its price range. 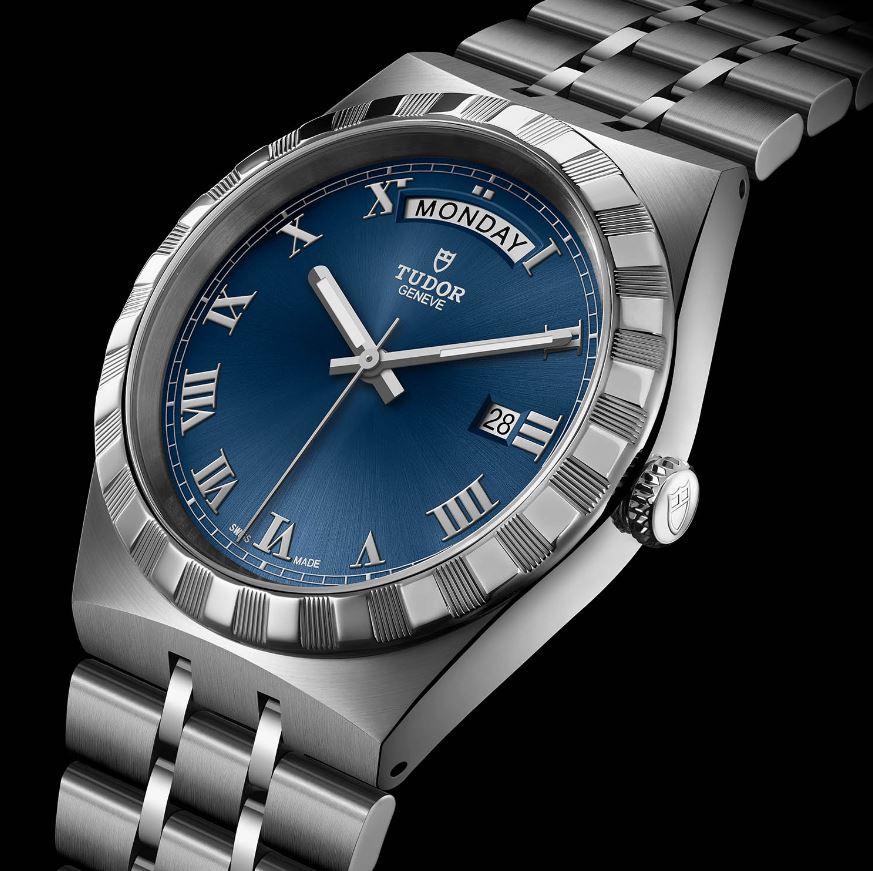 Now that we have our history lesson out of the way let’s get into the meat and potatoes of this new line.

Below I have chosen 3 models that should suit anyone’s taste. 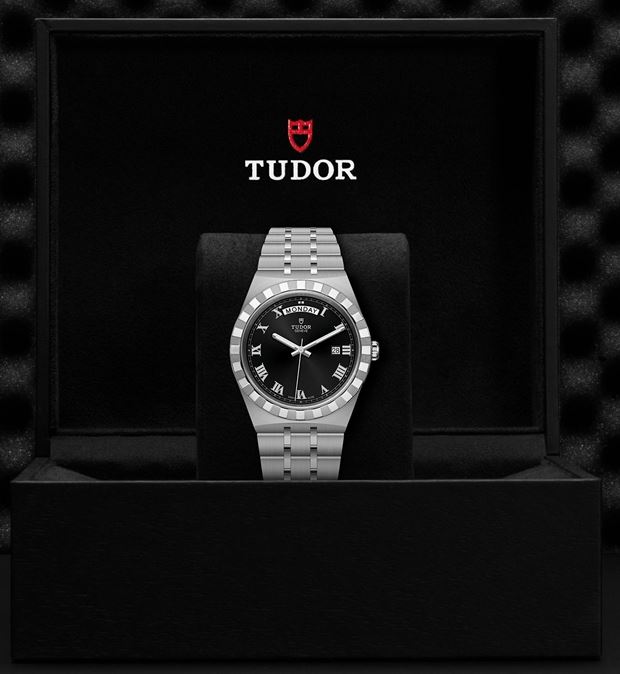 If you’ve got the wrist to handle it you simply cannot go wrong with the 41mm black dial. The size of the case makes it on the sportier side, and would be just as comfortable at the pool as would be at your 9 to 5. The black dial is the most versatile of the bunch making a solid case for a one and done watch. 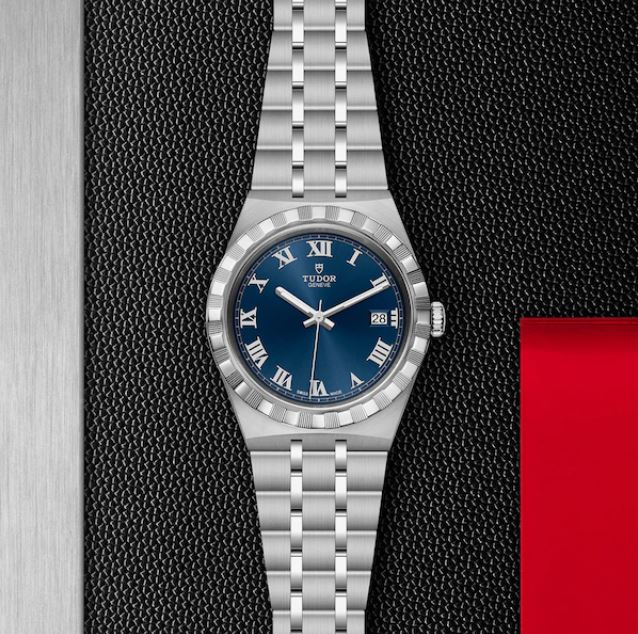 If I had to choose a certain model for myself, it would be this one without a doubt. A 38mm case size is the sweet spot, and if you add that beautiful blue sunburst dial it is a winner in my book. I cannot say for certain as I have not seen one in the metal, but I would imagine that dial plays with the light beautifully. 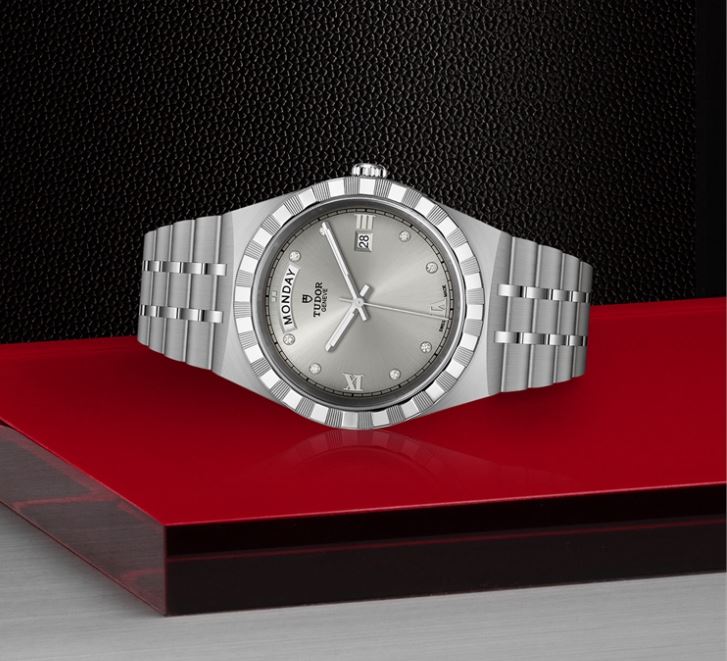 If you’re poor like I am and can’t afford a Date-Just for the girlfriend then this is your best bet. Although it may be on the smaller side at 28mm, the sun-ray dial along with the diamond set markers will add all the wrist presence she needs. Add 100 meters of water resistance to the picture and she will never want to take it off.