What a start to 2020 it has been. In just a short 11 days, Trump almost started a war, Iran shot down a Ukranian jetliner, Ghosn escaped from custody, Taiwan an election, Hong Kong’s still in chaos while down South, Australia has had to fight arguably the worst bushfires in its history. In the world of watches, it has been similarly eventful. There have been plenty of amazing watch releases, 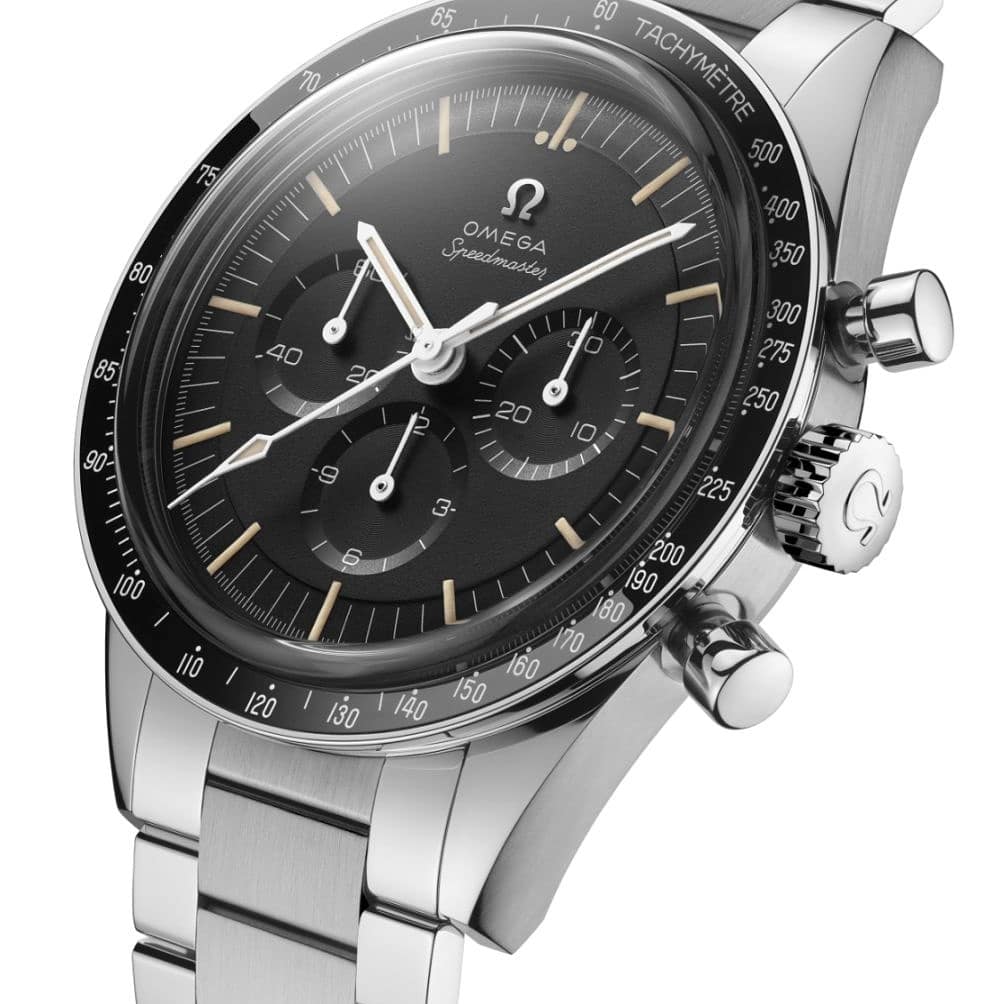 Just as I had been preparing to give H Moser & Cie the crown for best watch release to start off the year, Omega came out with the Omega 321 Caliber 321 ‘Ed White’. A steel Speedmaster that featured the famed 321 movement has been a watch that fans have been clamouring for. When Teddy Baldassare dropped his interview with Omega’s CEO, Raynald Aeschlimann, he broke the news that Omega was working on a steel Speedmaster that housed the 321 movement. However, I doubt many could have predicted just how soon it would be released. Well, Omega fans were in for a real treat when Omega released the Ed White Speedmaster just four days after that interview dropped. And the watch was a real beauty, with it slimmer case, fuss-free dial, ceramic tachymeter, sapphire crystal and display caseback to show off that beautiful movement. The price too was eye-catching and could perhaps be Omega’s attempt to have its own version of Rolex’s Daytona. Interestingly, it is not a limited-edition watch, something that has become something of a running joke about the brand. Rumour has it thought that it will be a limited production watch given that each watch is made by one watchmaker from start to finish. For all the details, check out Chris’ piece on this release here. 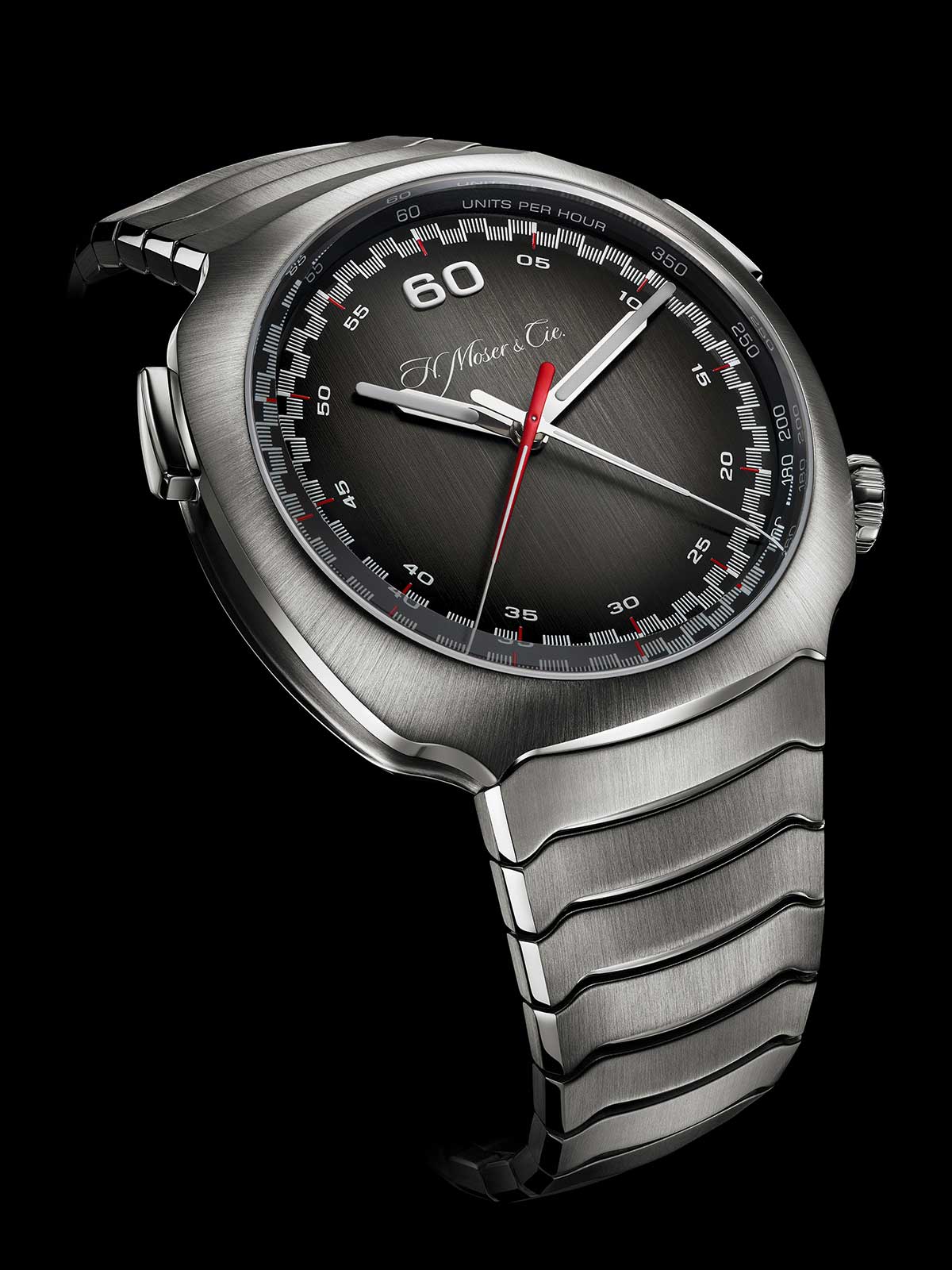 When the year started, I came across an advertisement on Instagram by H Moser & Cie (“H Moser”) teasing a steel sports watch release that featured an integrated bracelet on 9 January 2020. It made sense, given the recent craze over luxury steel sports model. However, I was not expecting how fresh and exciting this release was going to be. If you are tired of seeing the same design cues in the watch market today that looks like each brand’s version of the Royal Oak or Nautilus, this watch is definitely for you. Of course, it isn’t a watch for everyone as it looks like nothing in the current luxury steel sports market. It is a very uniquely H Moser watch. I found H Moser’s ability to blend design inspiration from the past with modern innovations in its design, materials and movement especially remarkable. This release was an inspired one and its limited 100 pieces would likely be snapped up as soon as they are available. Check out my thoughts right here on Scottish Watches for all the details. 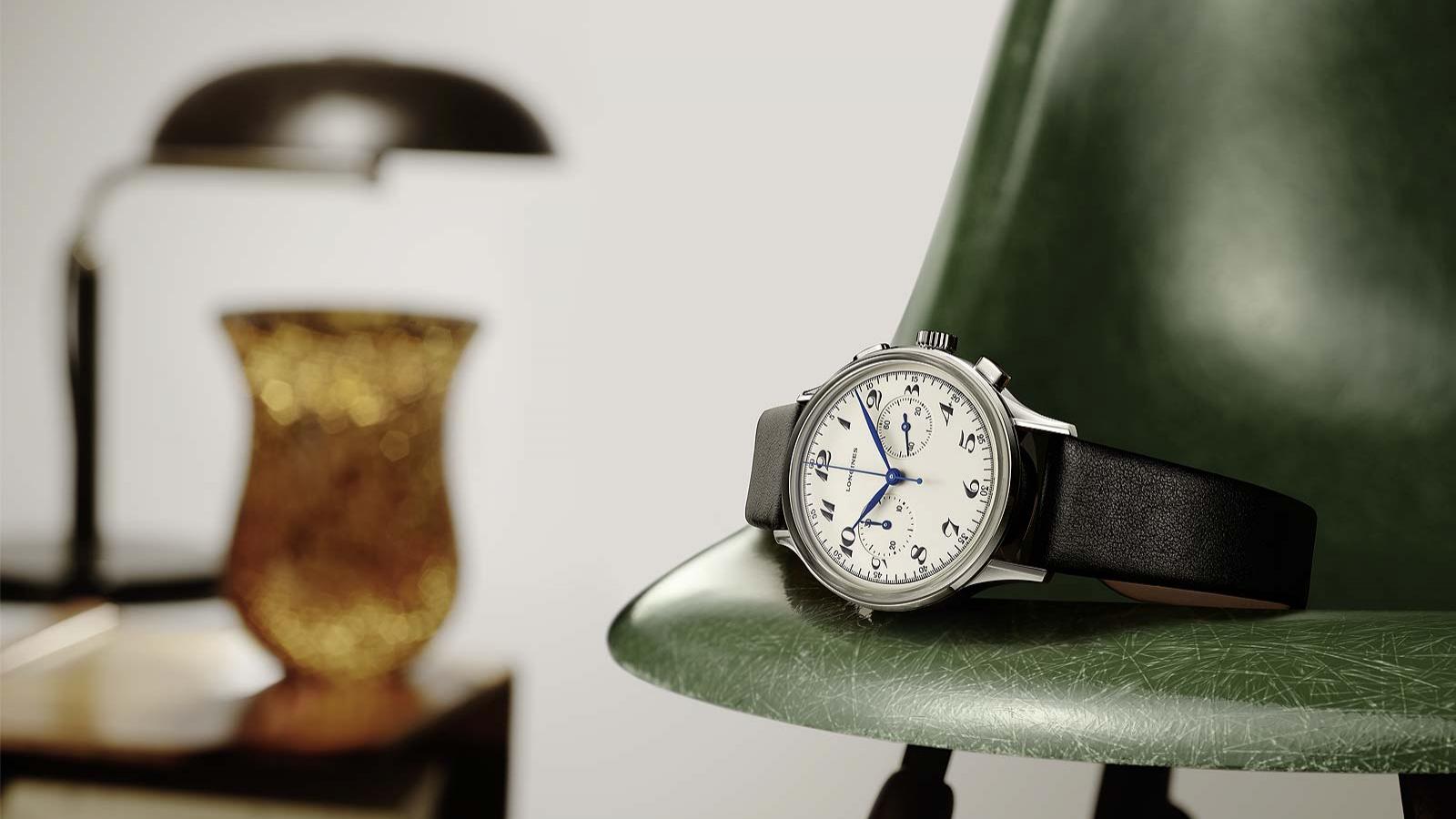 Although this release was probably overshadowed by the more sensational drops from Omega and H Moser, this is no less of a remarkable watch. The Longines Heritage Classic Chronographs 1946 (“Longines 1946”) draws inspiration from a vintage model from the 1940s. However, unlike many of its counterparts in the Heritage category of Longines offerings, this watch bears no indication that it is a “heritage” watch. There are no signs of fauxtina anywhere and the design is so timeless that it could have been from any era over the last century. At 40mm, it is should also fit a wide variety of wrist. Personally, I think it is a beautiful release that bears a similar elegance in design to the dressy offerings from some of the more illustrious brands in the watch world, such as the Vacheron Constantin Historiques Cornes de Vache 1955 (covered on Hodinkee here and here.) Given it is a relatively affordable RRP of SGD 4,530 (GBP 2,490/EUR 2,930), I believe Longines has a real hit on its hands. I just wish it was 38mm which would’ve made it absolutely perfect for me. 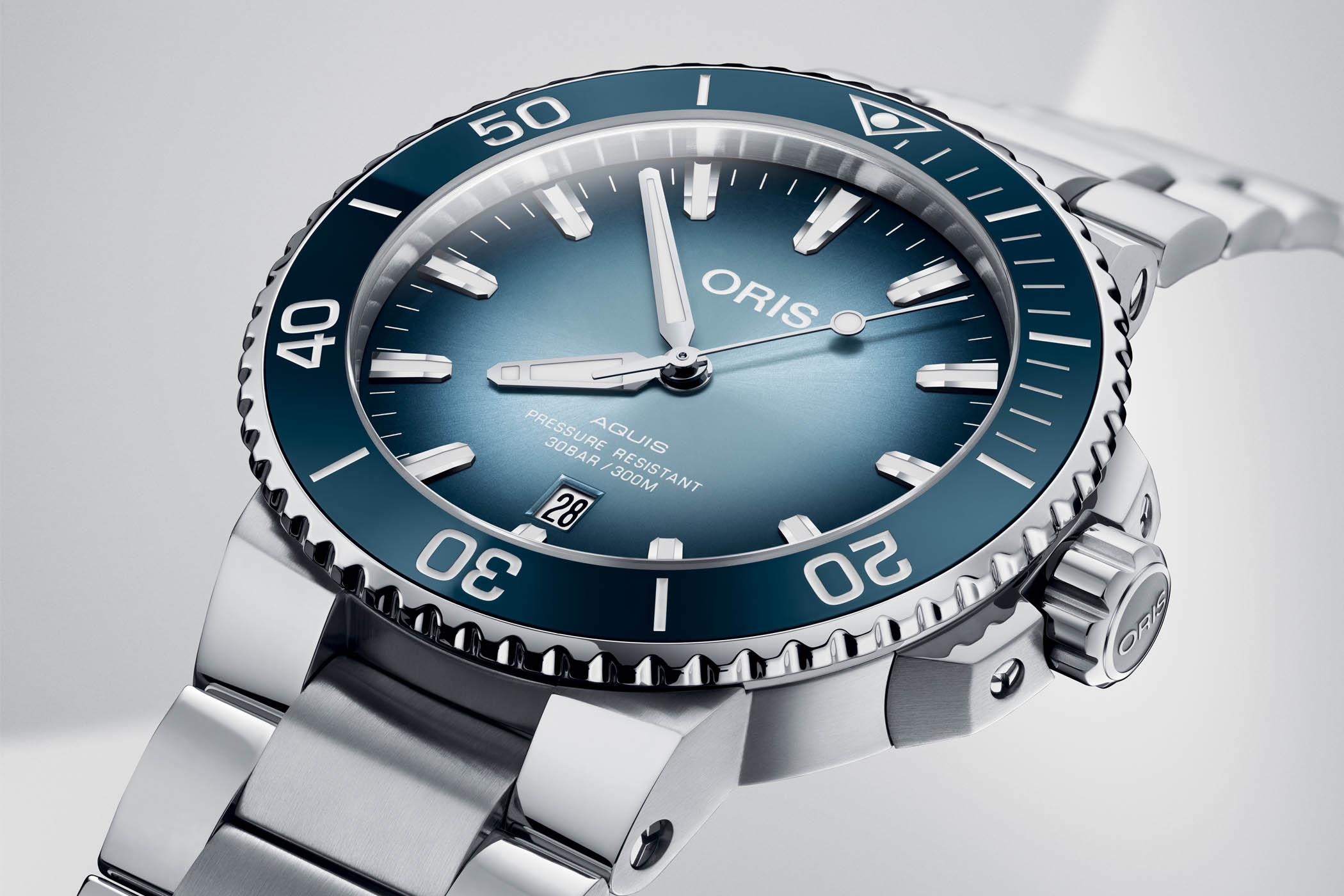 Oris also got in on the “New Year, New Watch Release” action with its latest water conservatory collaboration. The Oris Lake Baikal Aquis (covered here by Worn and Wound) is launched in support of “Point No. 1” which is a Lake Baikal Conservation Project run by Scientific Research Institute of Biology. This is a conservation project run by the Irkutsk State University in Russia that runs initiatives to keep the largest source of fresh water in the world healthy and clean. This is especially critical given that Lake Baikal is currently at risk of becoming polluted due to the inconsideration of various members of mankind and their industries. The watch is based on Oris’ Aquis line and shares many of the same features as the 43.5mm version. What is different is also what is really remarkable about the watch i.e. the brilliant dial. The dial features a fumé dial that darkens into a beautiful bluish black shade at the edges and is reminicient of Lake Baikal when it is frozen. The case back was also specially designed to look like icy surfaces of the lake. All in all, a great looking watch that is in support of a good cause and if the larger dimensions work on your wrist, it is a watch very deserving of your consideration. After all, how many other watches have such a built-in excuse to justify its purchase? 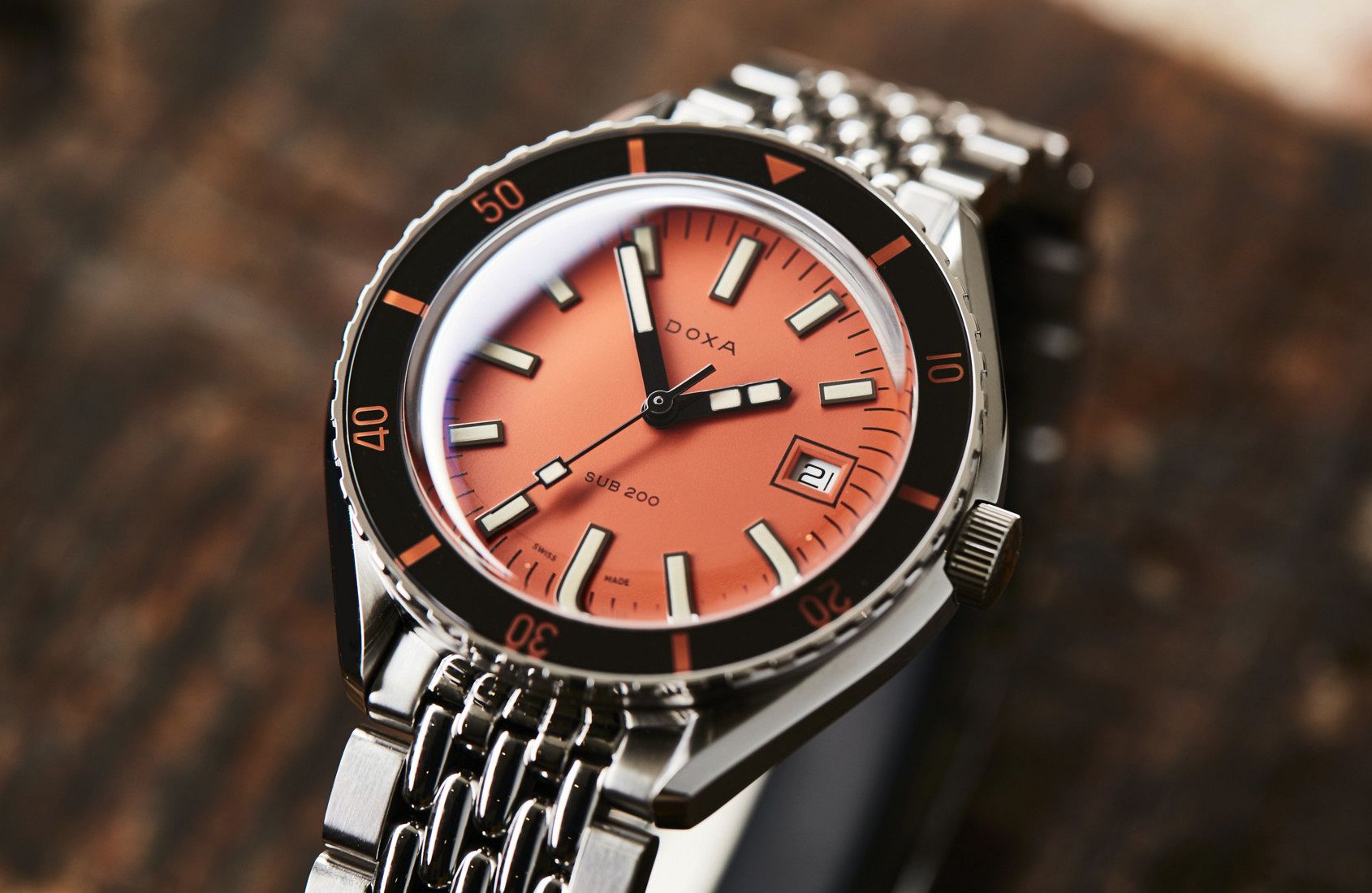 Speaking of good causes, the year started with the tragic news of the devastating bushfires that have plagued various parts of Australia. The bushfires have swept past more than 2.5 million hectares of land decimating large swathes of forest and grasslands. It has destroyed homes and claimed the lives of man and animals alike. We are all very passionate about this hobby and often it can be easy to get very absorbed by it, just look at the heated debates that take place on many of the forums. However, every now and then, we get important reminders like this that there are more important things in life. This is certainly one of them. In a bid to help out, Time & Tide, an Australian based publication, put up a Doxa Sub 200 for auction on eBay with all proceeds stated to go the Bushfire Disaster Appeal. The auction for the watch, which would also come with a Time & Tide lapel pin and an orange watch pouch, closed on 9 January 2020 and raised USD 4,588. Kudos to Time & Tide for the initiative and whoever won the bid also definitely got a great watch. Also, as great as this effort was, I am sure that much more help is needed so as we continue to enjoy all things watches, do keep the families and victims affected in your thoughts and prayers and contribute if you are able to do so. 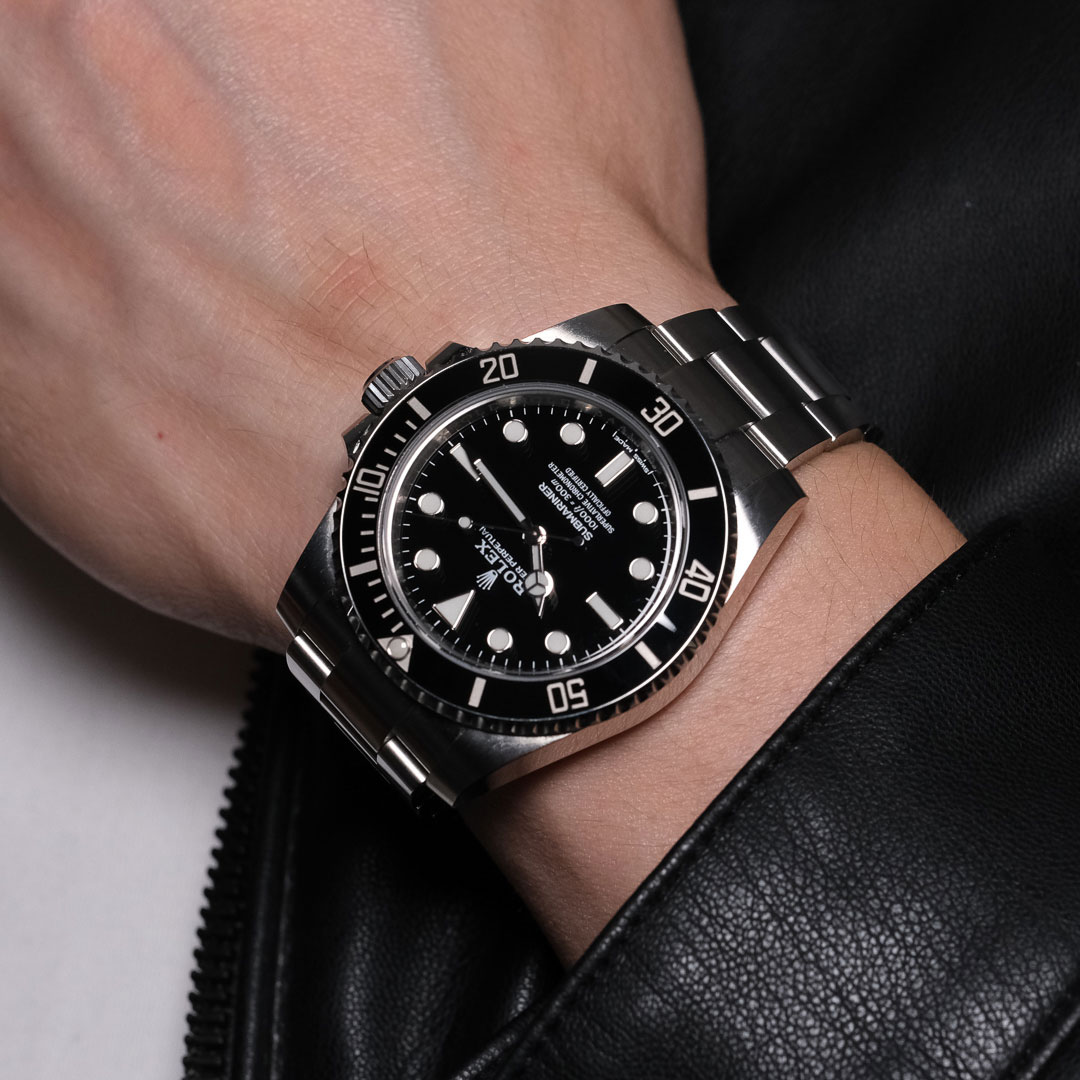 On to lighter matters, Rolex greeted the new year with its expected price increases that ranged from 4-13% in various countries with an average of 7%. While many may lament the price increase, in my opinion, it makes perfect business sense for Rolex, particularly with the kind of demand there is for the brand. Interestingly though, several models such as the Milgauss, the Explorer 1 and Oyster Perpetual did not reflect price increases in certain countries. Over here in Singapore, the latter two actually fell by SGD 10. One of my friend surmises that it could be because Rolex is preparing to release new versions with updated movements that will then reflect the price increases. So if you’re in the market for any of these models, it may be worth a consideration. That being said, regardless of how you feel about the price increase, it likely wouldn’t make a dent in the waitlists for Rolex’s steel sports models or make much of a difference to whether you think it is worth waiting for one. Alternatively, you could consider Rolex’s sister brand, Tudor, which has also raised prices but by about half of the increase that is seen on Rolex models. Another brand that quietly raised prices without much fanfare was Audemars Piguet, at least for its Royal Oak models. While I have not done a market survey of other countries, over here in Singapore, the increase is about 17% on average which makes Rolex’s price increase seem reasonable. Overall, given these price increases, it is likely that other brands will take the opportunity to increase theirs as well so for everyone considering watch purchases, you have been warned. 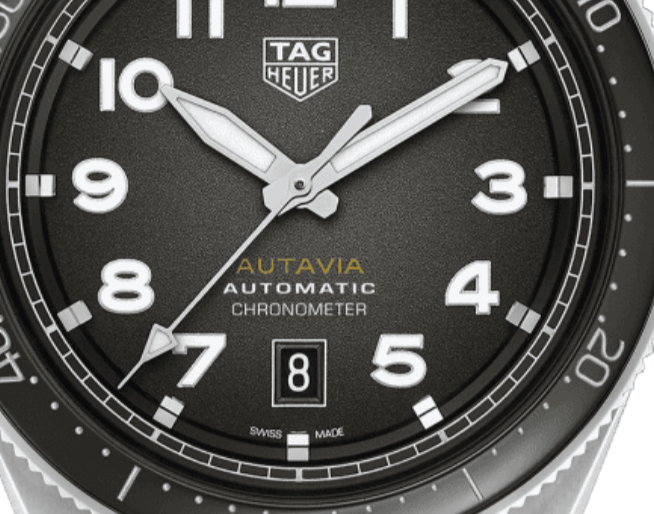 Over at Tag Heuer, the brand quietly re-released its Autavia Isograph just without the Isograph bit. That has been replaced, quite literally on the dial, with “Automatic” which is reflective of the Calibre 5 movement replacing the Isograph movement. Tag Heuer is being suspiciously quiet about the whole matter which perhaps is a tad unfair to its fans and supporters especially given all the fanfare around the Isograph technology, which admittedly sounded like it bore a lot of promise. While I do not agree with the very apparent lack of transparency and Tag Heuer’s attempt to slip one past its consumers, the Calibre 5 is by no means a bad movement, it is tried and tested and cheaper too which makes the whole line-up more affordable for prospective clients. Our very own Ralf, covers all this and more here. 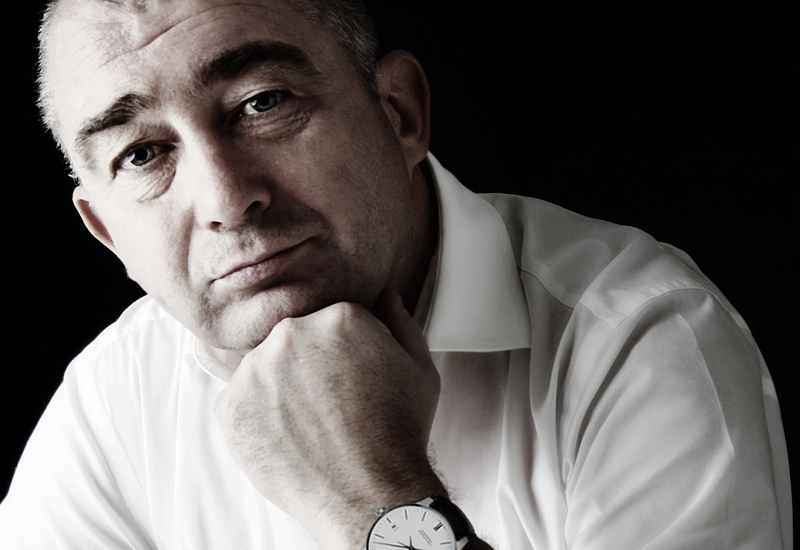 Another interesting news to drop in these first 11 days of the year was that Christopher Ward has officially left the brand that was named after him. 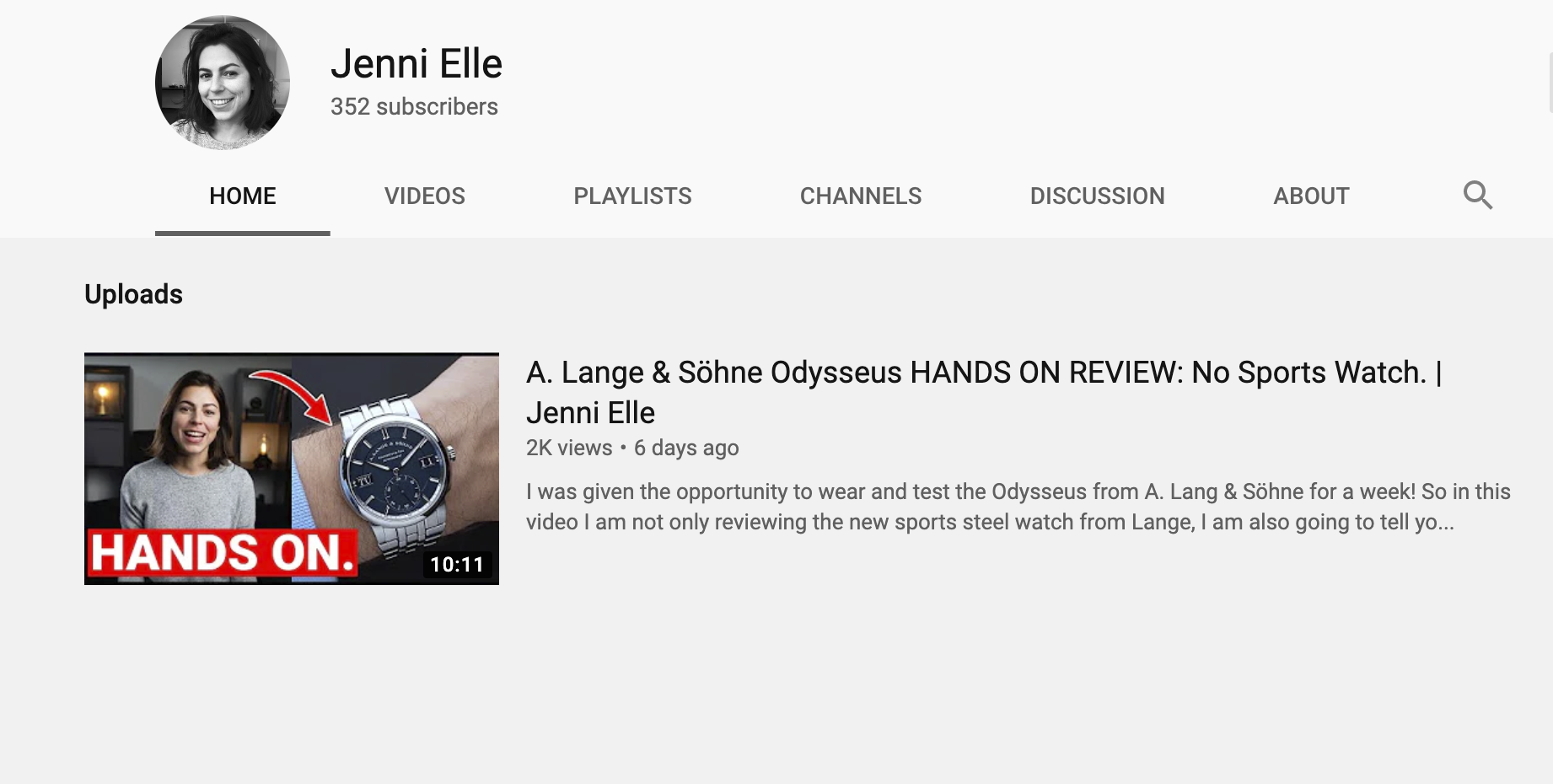 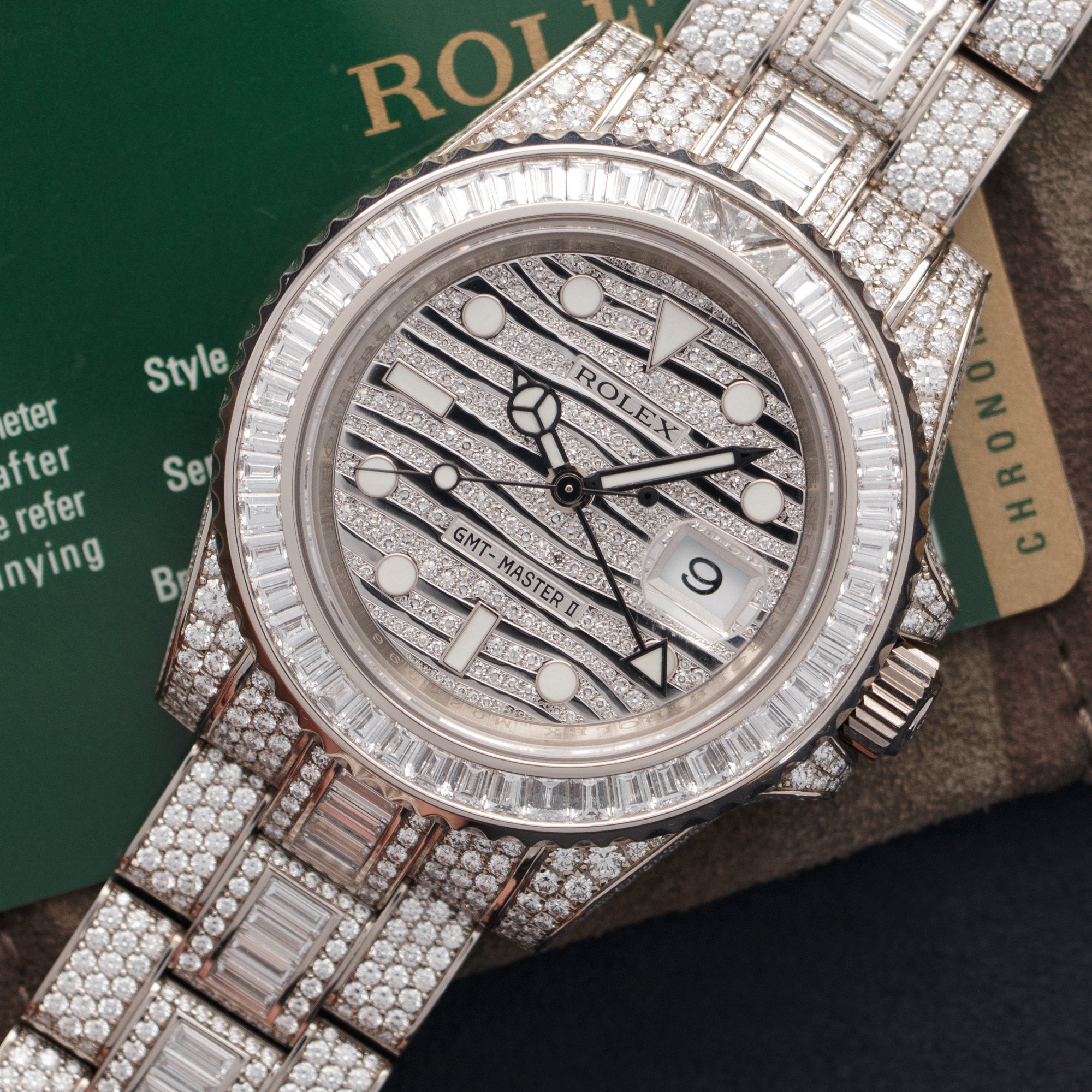 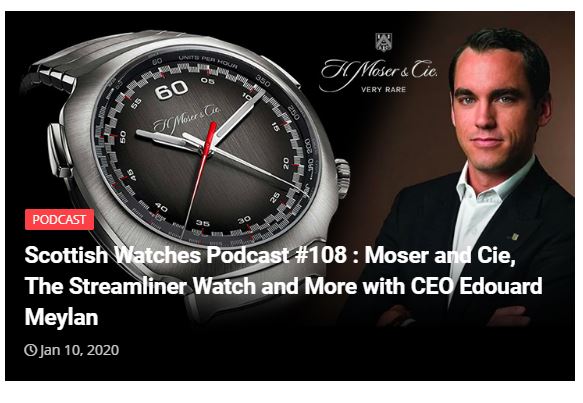 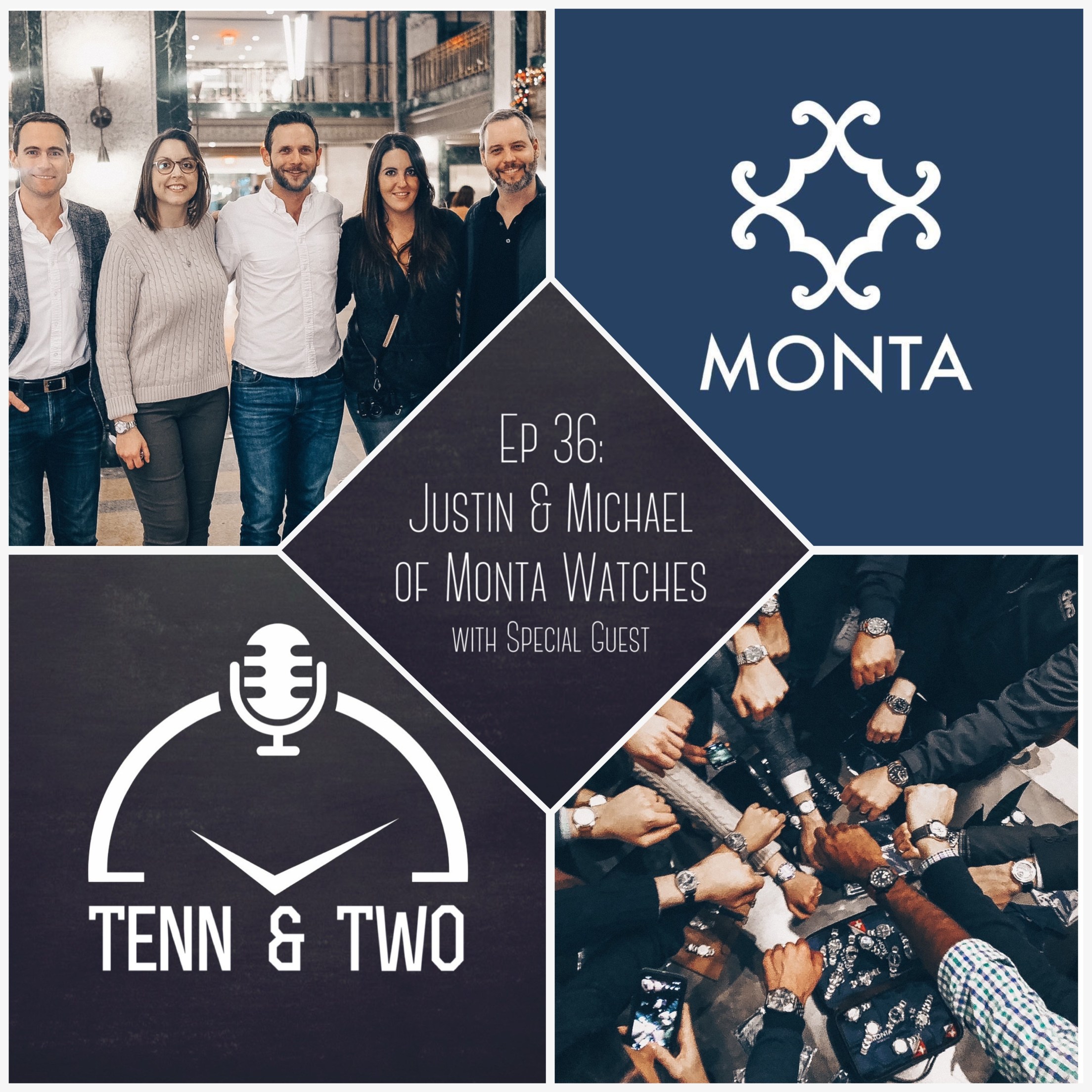