TAG Heuer Autavia Isograph is back
In July 2019 I visited the Dubai Mall TAG Heuer flagship Boutique. The AutaviaIsograph was in every window – I even took pictures:

There was certainly a sense of urgency and the sales team was pretty pumped up about the release and the scarcity – you should really book your piece as supply will be limited.
Well little did they know that supply was indeed so limited due to production challenges that TAG Heuer decided to completely pull the watch from the stores and website and not release it at all…..

The whole story broke here on scottishwatches.co.uk and a few other news outlets took it on. In general though, and being cautious not to offend a large advertising spender in TAG Heuer/LVMH, there was surprisingly little to hear about this botched release of a VERY important watch for TAG Heuer. The launch though was covered by all major outlets – only very few updated their stories….

I quote from the original launch marketing material:

“TAG Heuer reintroduces the Autavia as a stand-alone collection with a range of models that boast the versatility, ruggedness and reliability that characterised the original Autavia watches produced in the 1960s. Making use of the carbon-composite hairspring technology that distinguishes each piece as an Isograph, the avant-garde watchmaker builds on its heritage to continue the saga.”

Watchbase.com has this summary about the movement (which I think at the time came from TAG themselves):

Calibre 5 features a carbon-composite hairspring that was introduced in 2019, earning the movement the Isograph distinction. The trademarked name comes from the Greek word iso, which means “equal”, and refers to the stable and consistent movement of the component.

The Isograph technology was what defined this watch. It was proudly printed on the dial:

Here is a picture of the culprit courtesy of watchbase.com: 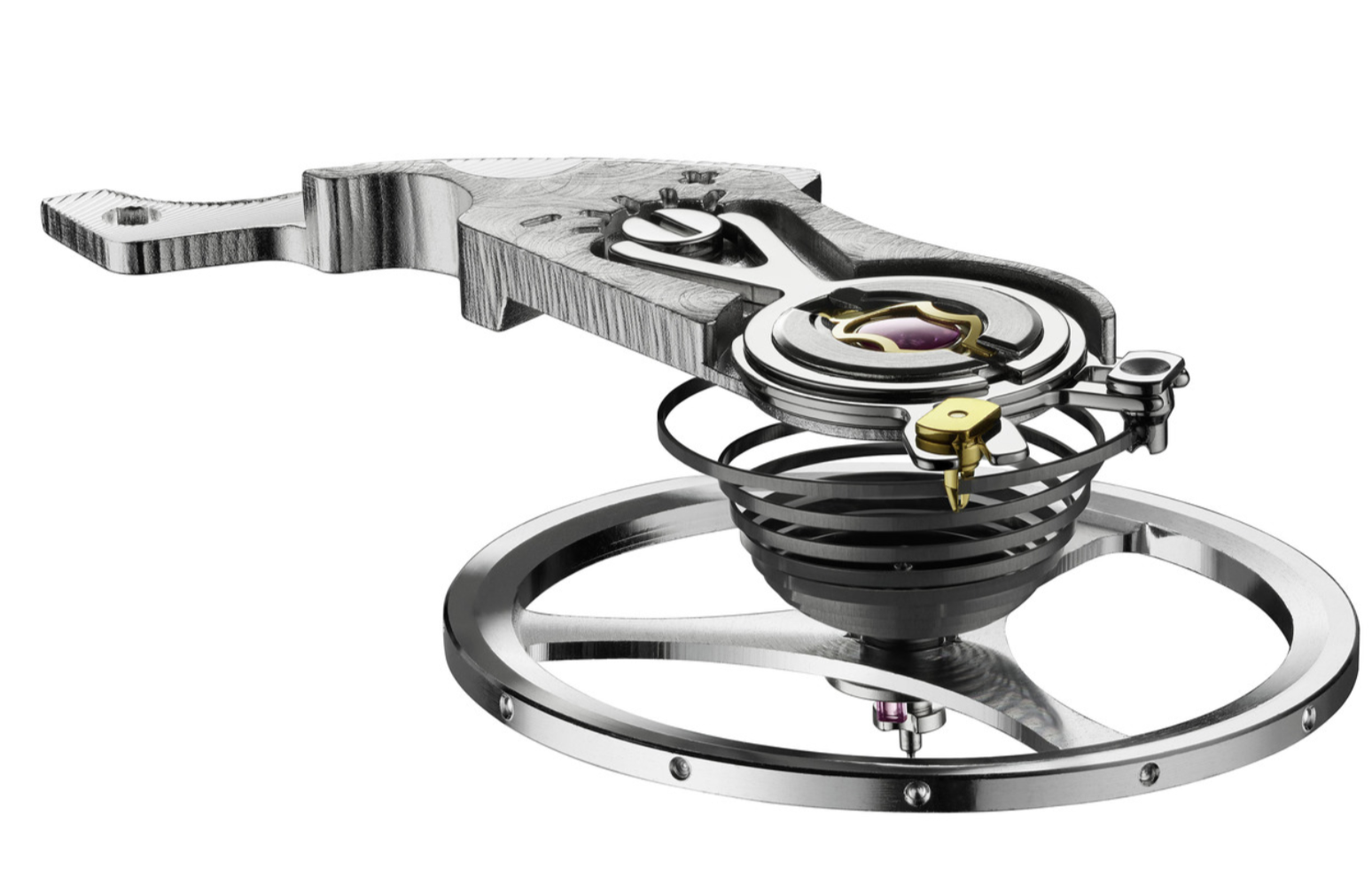 The black carbon hairspring – cool feature and reason why you can’t have it.
While the CEO of TAG Heuer eventually explained why the watch was pulled from stores and what led to its demise, it had something to do with glue – Rick and Rikki explained that in one of their episodes, the possibility of it returning was floated by some.

Risen from the dead – the Zombie watch that doesn’t want to die, it’s BACK:
The TAG Heuer Autavia “Not-an-Isograph” Chronometer
The clever people at TAG Heuer found a different word they could put in the empty space on the dial where Isograph once was.
Lo and behold the TAG Heuer Autavia Automatic Chronometer (if that sounds a bit lame to you, well, you are not alone).

On their microsite for the new watch: https://www.tagheuer.com/autavia/en-us there is no mention of the movement at all, except that it’s precise – while the design elements of the watch are heralded quite extensively.

It still is a Chronometer – meaning it’s certified by COSC to be within -4 and +6 seconds per day in 5 positions and various temperatures – it’s now a “normal” Calibre 5 movement. The TAG Heuer Calibre 5 movement is using either an ETA 2824-2 or a Selitta SW-200

However – this is not a bad thing. That movement is of course tried and tested – keeps very good time, of course, is easy to service by literally every watchmaker in the world and spare parts are available everywhere.

The price has been adjusted as well. While the Isograph started at $3,500 – the range now starts at $3,000 for the steel bezel version and goes up to $3,350 for the ceramic bezel and bracelet version (recommended). 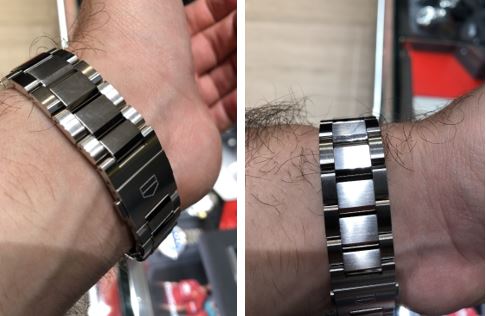 It features a water resistance of 100m, Sapphire Crystal with double anti-reflective coating, closed case back with Autavia engravings.

So have a look – it’s certainly worth it. TAG has done a stellar job designing this watch in my eyes. Yes, I make fun about their blunder above, but the watch itself is really cool and I am considering it seriously.
Why?
Pros:
• Chronometer certified Calibre 5 (ETA or Selitta based) movement
• Ceramic bezel
• Striking dial design with smoked and sunburst and good colour options (hoping for green soon)
• Great straps and excellent bracelet
• Great dimensions with 42mm but wears smaller
• 9 strap options
Cons:
• Only 38 hours power reserve
• No green dial option (yet)
• Not cheap

If you have one of the original Isograph versions – or the new release ones please let us know in the comments and tell us how you like your Autavia.