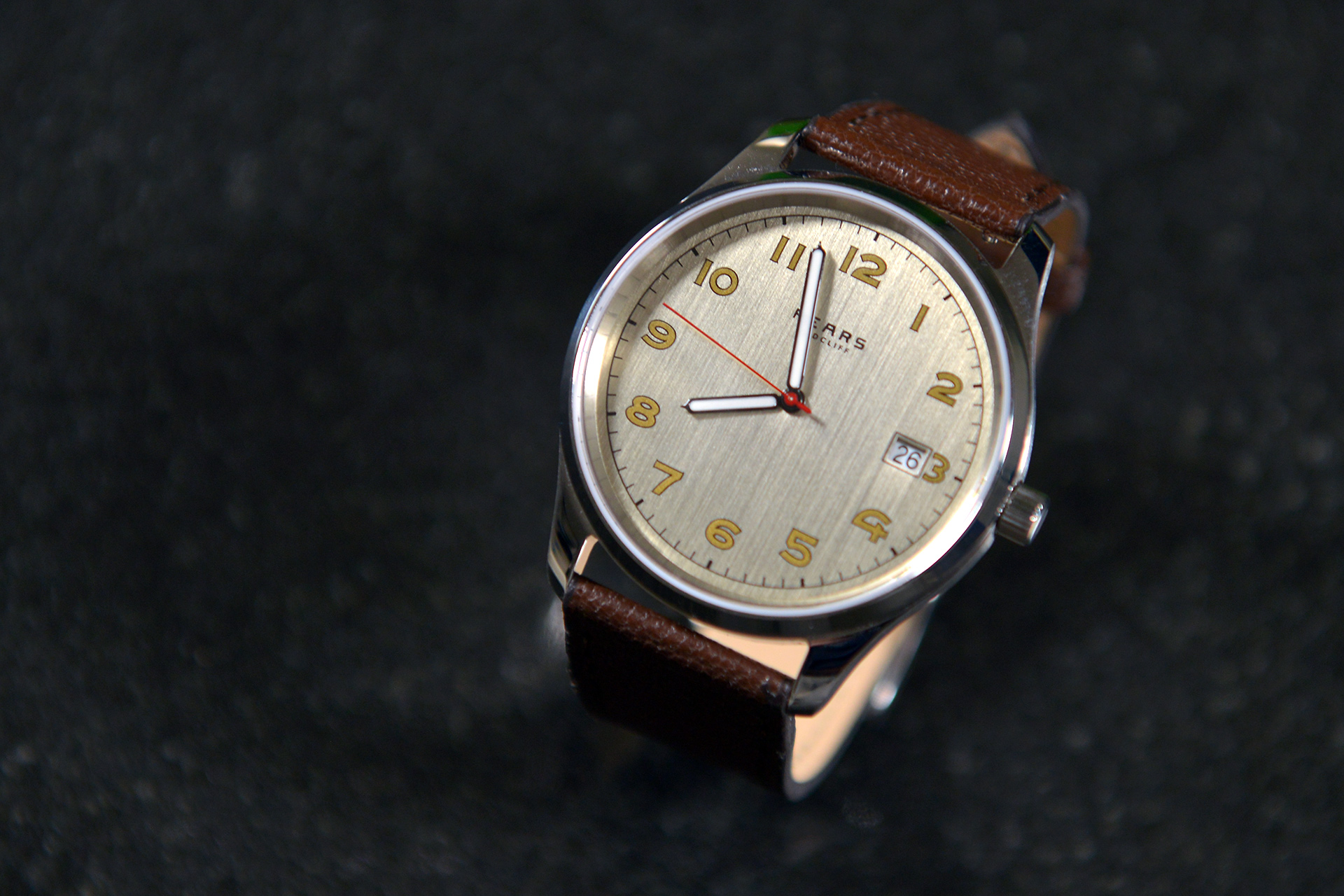 For those that listen to myself and Rikki’s twice-weekly musings on Movies and Music….and occasionally watches you will know that I have a problem (no not the cough, the dead pool isn’t paying out just yet) my problem is small watches. 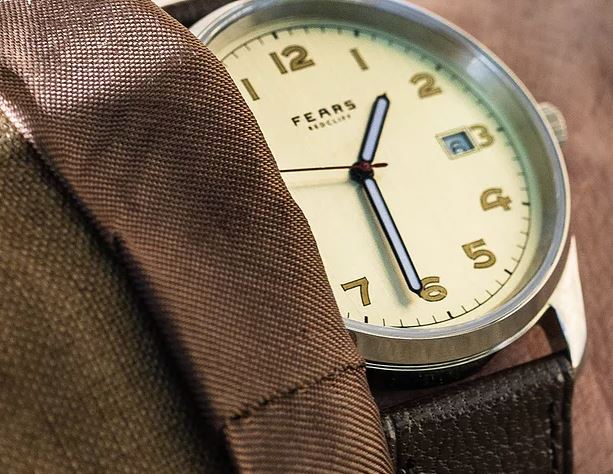 Now for most people, this is a disdain for 34mm or below, they prefer the look of 40 or 42mm on the wrist, my problem is different and completely of my own making.

My issue is with anything less than 44mm. 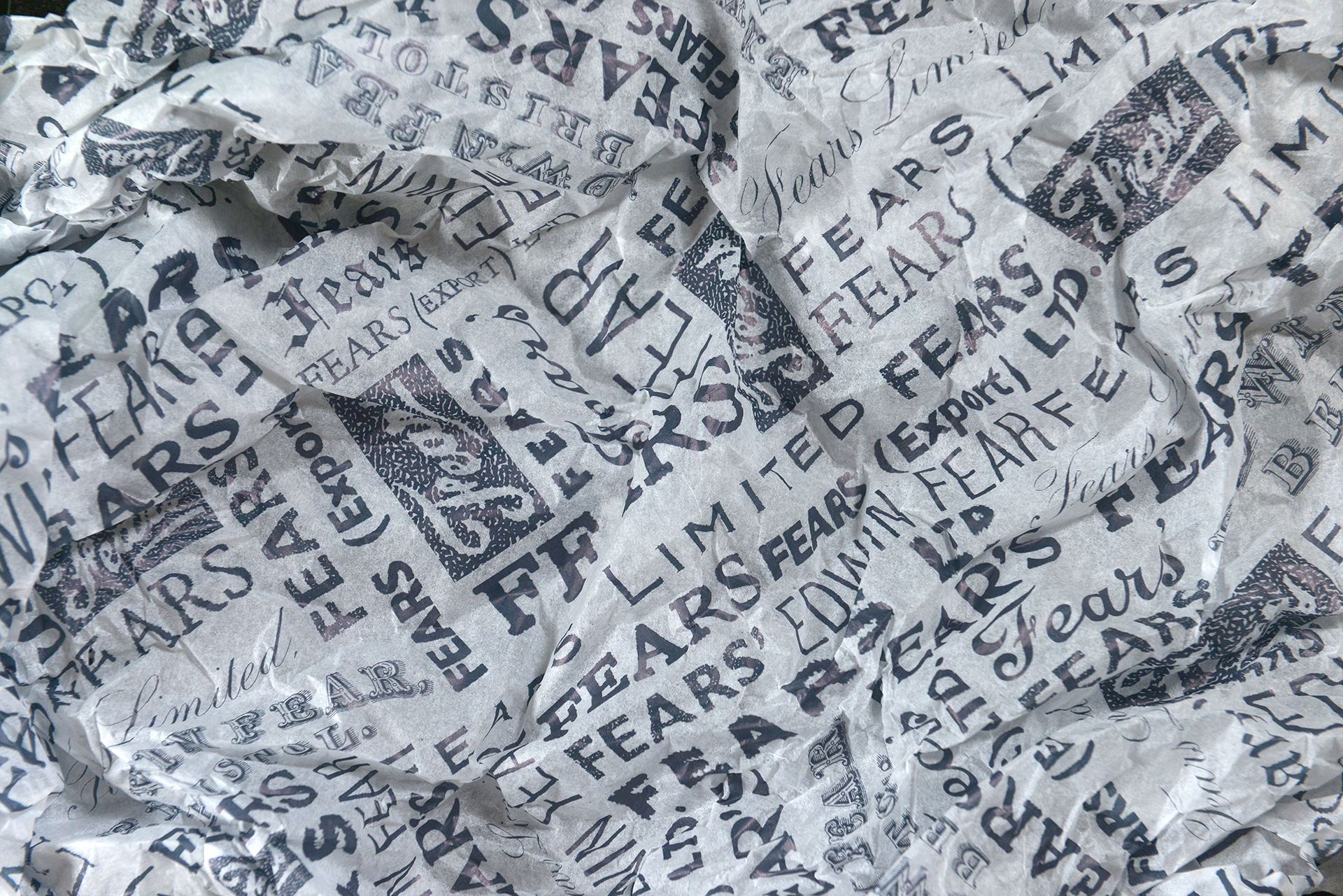 You see having a Panerai as a daily wearer does something to your vision, everything else looks small and therefore inappropriate, the 42mm Anniversary Speedmaster, too wee, the Hodinkee Ltd Edition Blue Alpinist, teeny weeny. 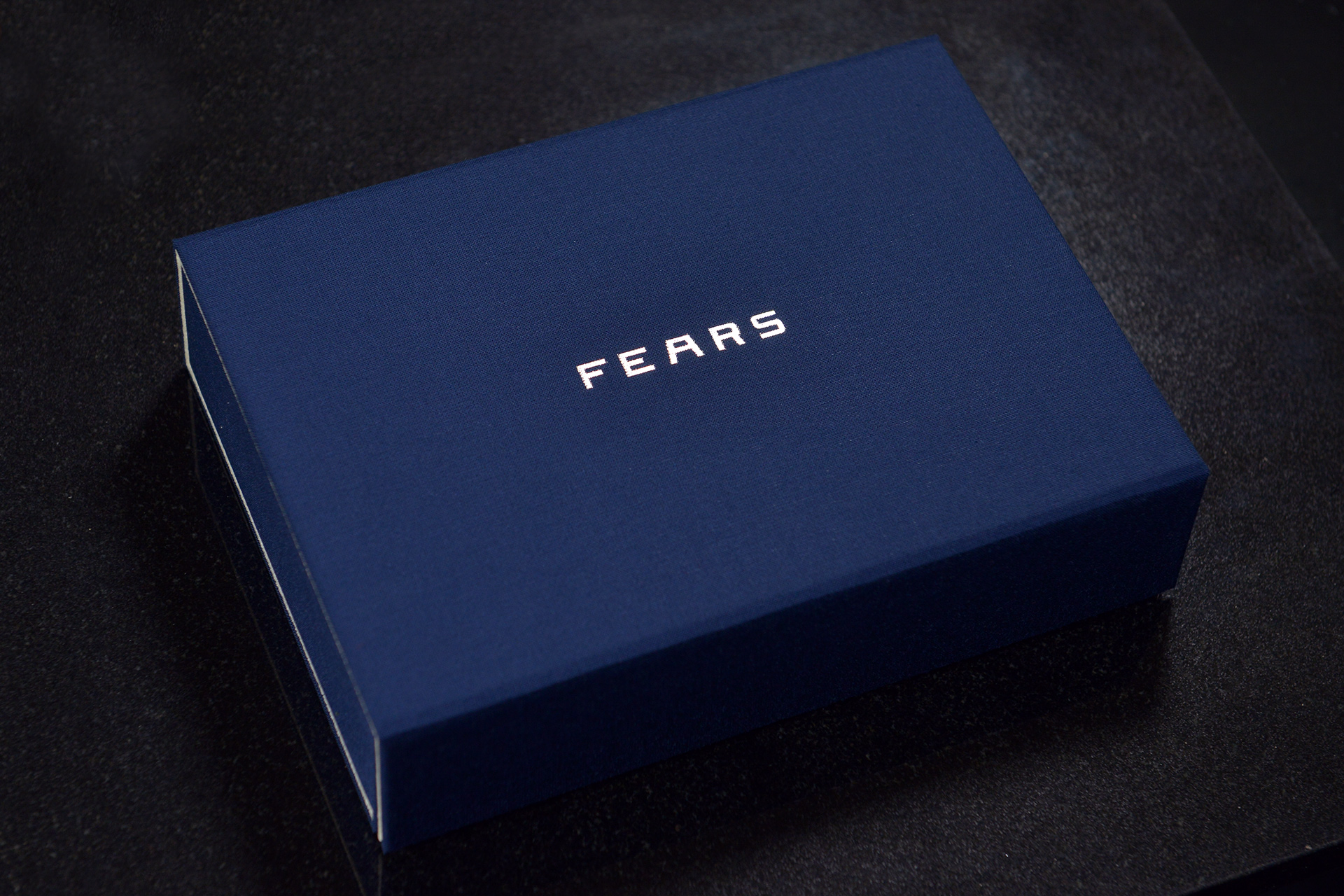 In fact the only watch i have bought recently that feels right is the Seiko “Arnie”, yup a watch appropriately sized for Arnold Schwarzenegger.

So it was with some degree of trepidation that I took on the review of,  friend of the show, Nicholas Bowman-Scargill or (No 4 as we have come to call him), limited edition Fears Redcliff  “Streamline” which comes in at a mighty 38mm.

So first up some background. The Fears Redcliff is the watch that No4 relaunched the reincorporated Fears Watch Company with in 2016, the company having closed its doors in the 1970’s. 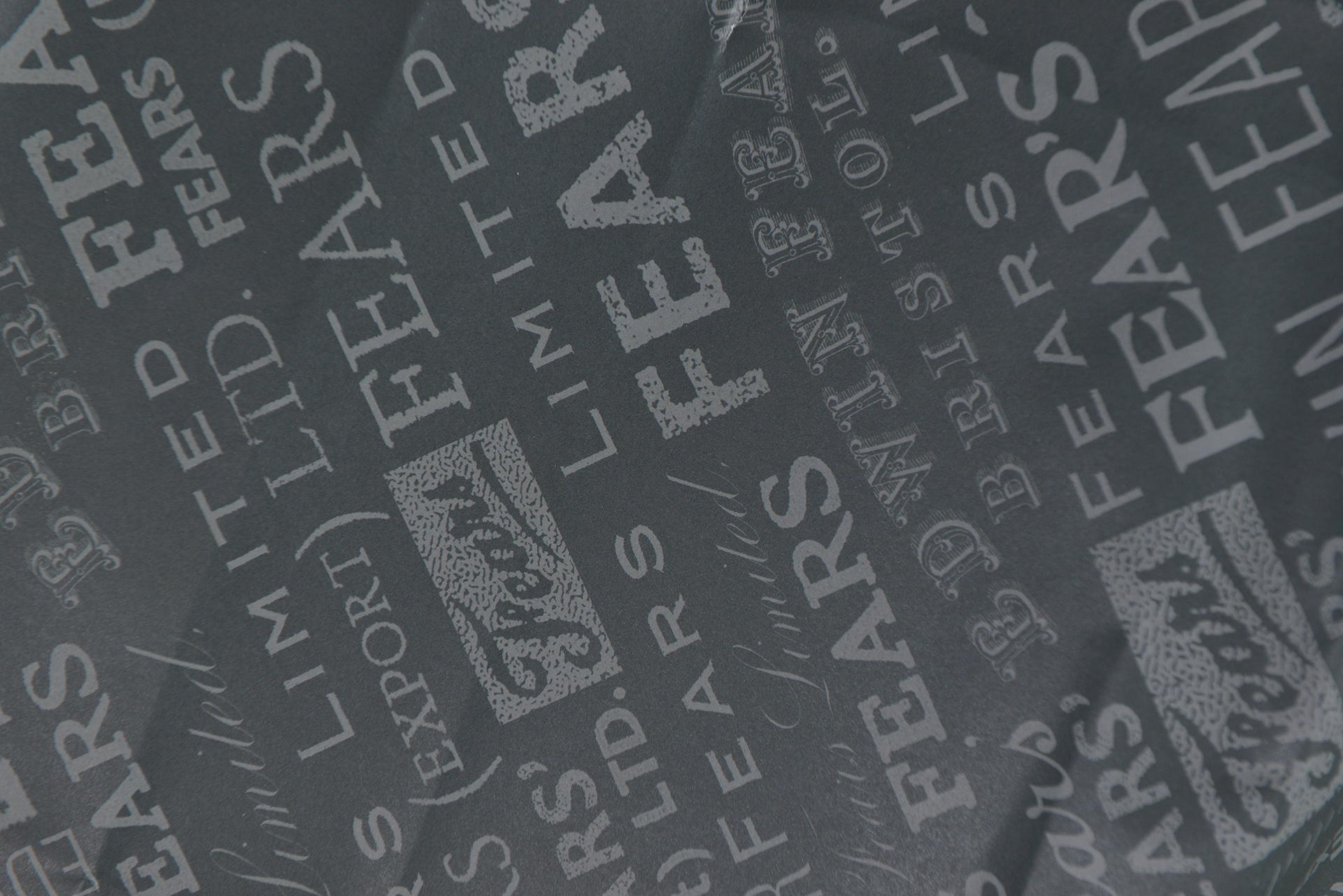 A Ronda powered quartz within, this is a limited edition run of the originally released Redcliff called the “Streamline” and is limited to 100, but unlike some companies (yes Omega we mean you) that need little excuse to produce a limited edition this one has a decent story along with it. 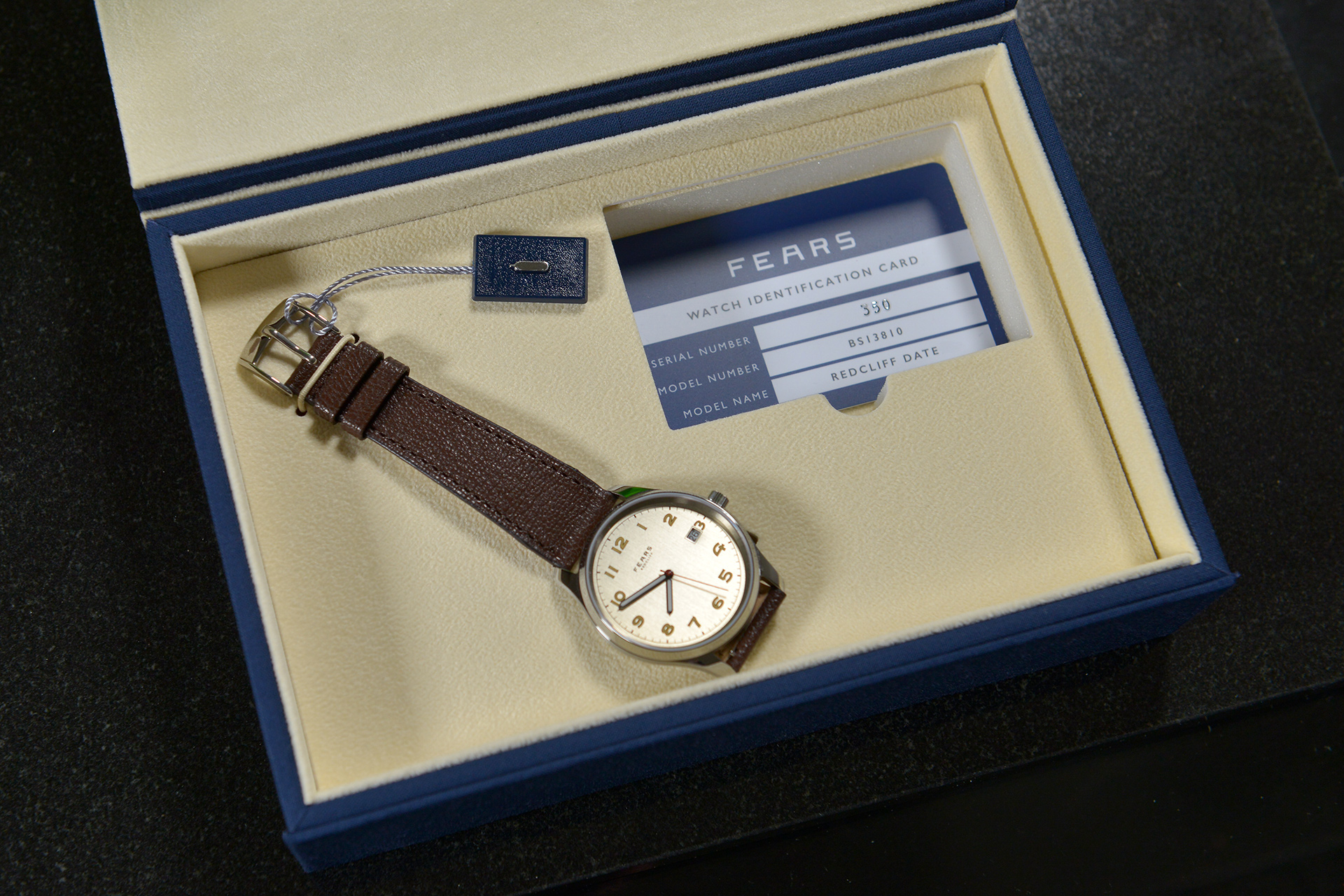 In 1946 there was an original Streamline which this new release obviously takes a number of design cues from, but unlike your limited editions from certain Swiss sources, this limited edition also takes inspiration from the original price.

Back in the day, the original would have cost £11.2.6 (for those not familiar with pre decimalisation that reads as 11 pounds two shillings and 6 pence).

Fears have adjusted that price into today’s value which means this limited edition of 100 now sells for £483. 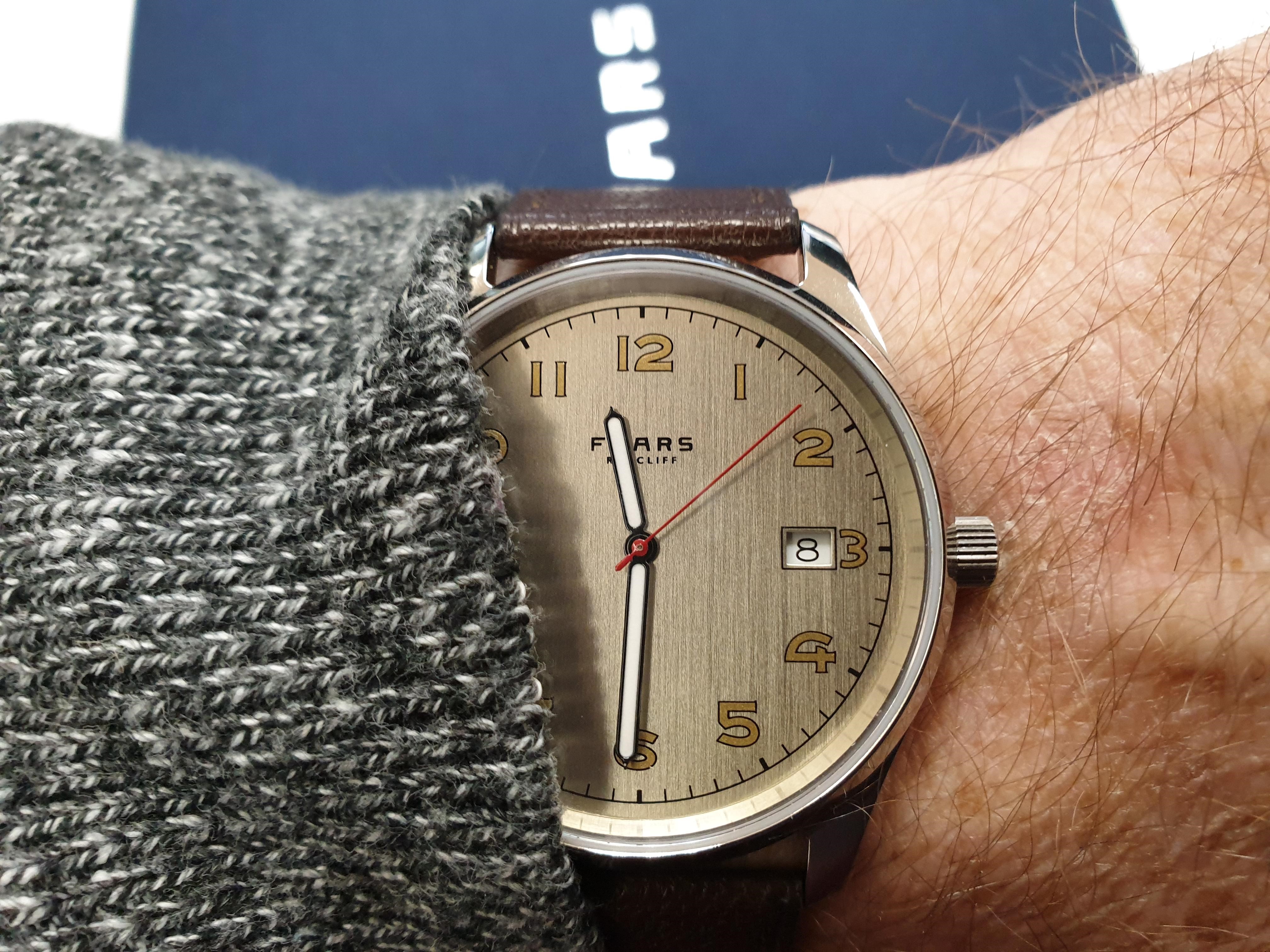 This is not a limited edition watch conceived to gouge the consumer for a few extra quid for a number on the back of a normally unnumbered standard model, but a watch genuinely created as a celebration that the company owner wanted to celebrate, as he brings the production of all Quartz models to an end in the next few months to focus on the mechanical movement Brunswick range. 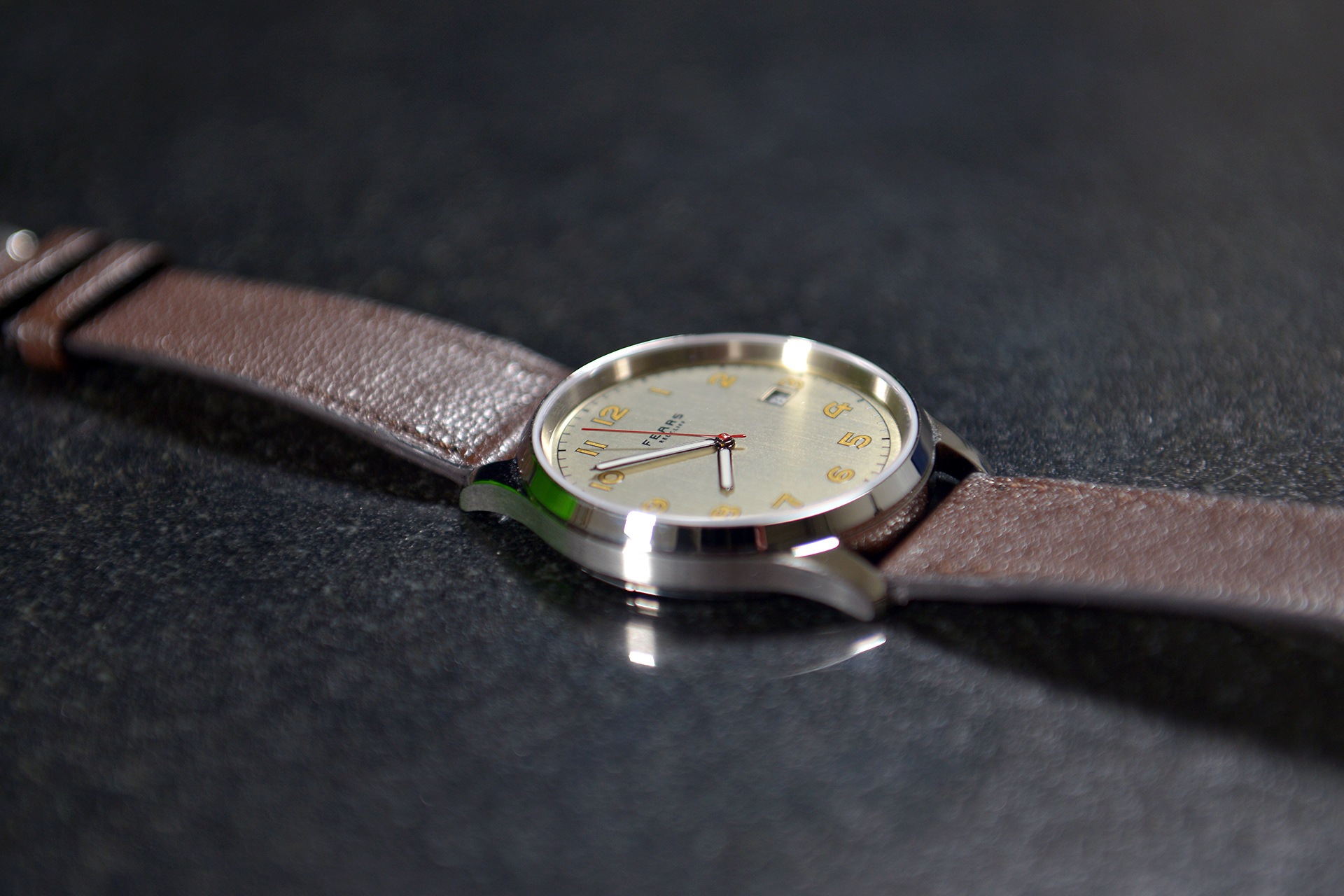 Those who have heard Nick on the podcast can hopefully tell that he is not a man to cut corners or produce anything that would not make him or his predecessors proud and this can be seen straight away from the packaging and presentation, it is no exaggeration to feel that the entirety of the price of this watch could have been spent on the presentation alone, it is quite special. 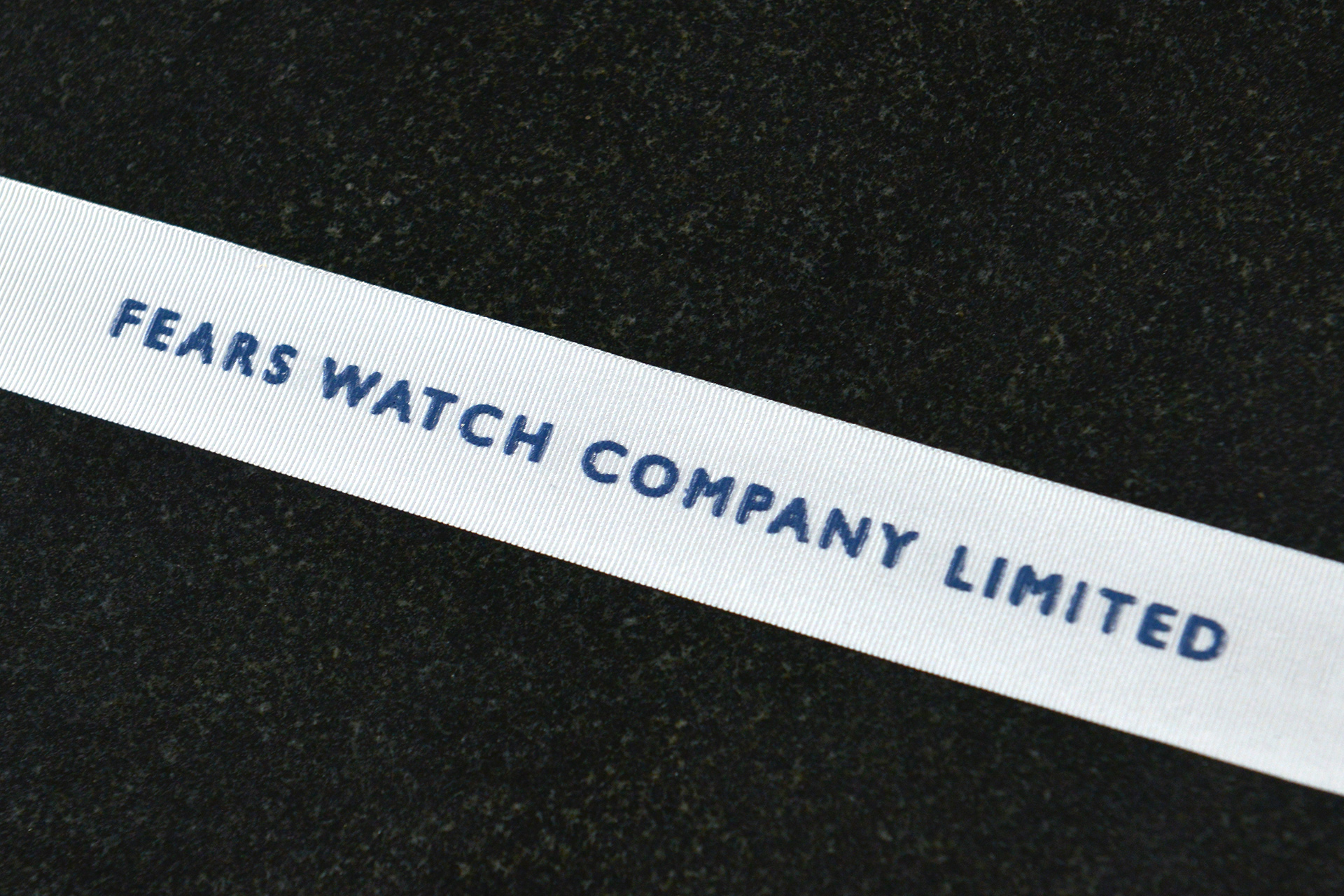 The watch is presented in a wonderfully blue magnetically clasped box, with the usual booklet, which has more than just the setting instructions and so is actually worth reading, but also a cleaning cloth, which is not just your normal logoed number but fully printed up with the original advert for the original 1940’s edition watch, and more, a nicely made watch pouch, overall a fantastic presentation.

Now the main event, the watch. As I noted above it is 38mm but comes with a German-made galvanised dial in a colour called “Forties Silver”, in a slim case and red central seconds. 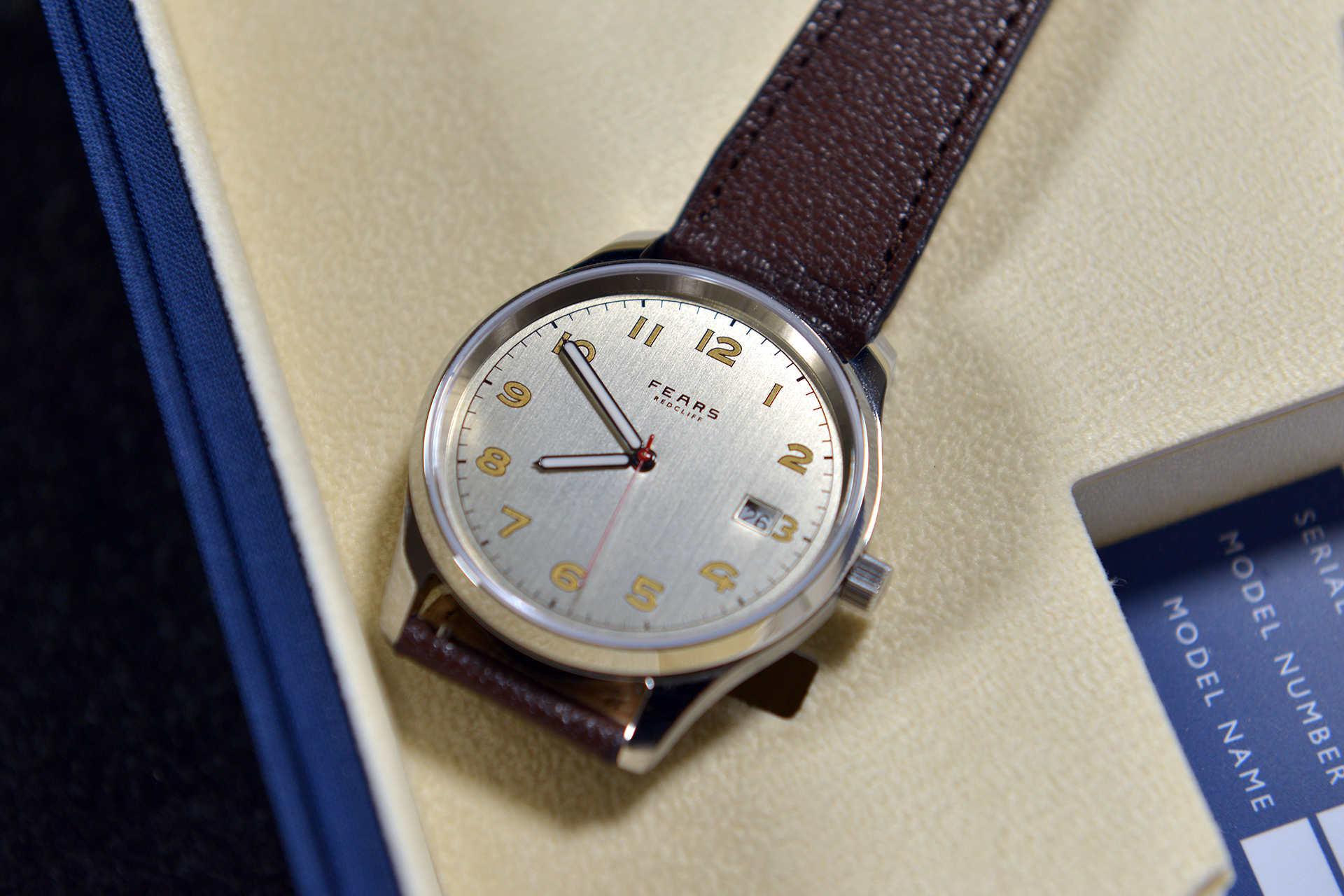 It is this galvanised dial that makes all the difference to this watch from the point of view of a giant Panerai wearer, the reflection of it and the brushed case are for me what boosts the look of this watch so that it does not look too small on me, it is of course not actually a small watch, just my addled brain that needs some light tricks done, and this watch face delivers light wonderfully. 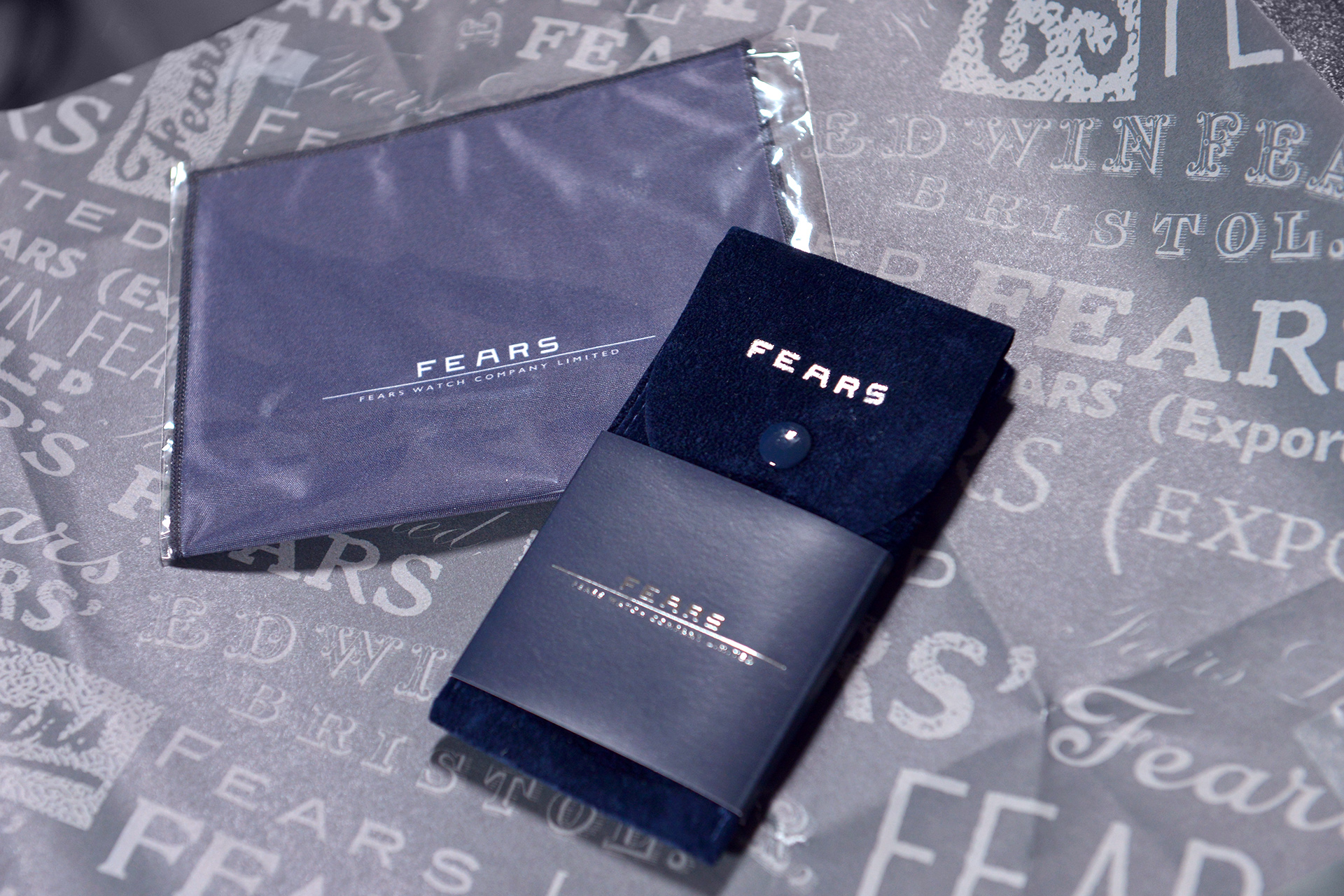 The galvanised face really adopts different colours, a mix of reflecting what is around it, and the galvanised striations picking up different shades and tones.

Once you have finished appreciating the dial, you can then start appreciating the rest of this watch, the font used for the dial-in particular the number “4” and the way the number “3” works with the date window is fantastic and just the sort of attention to detail you expect from Fears.

The pipette type hands reflect the company logo which is also repeated on the strap hardware which is fastened to a lovely leather strap which again has that little extra attention paid to it with quick-release sliders incorporated. 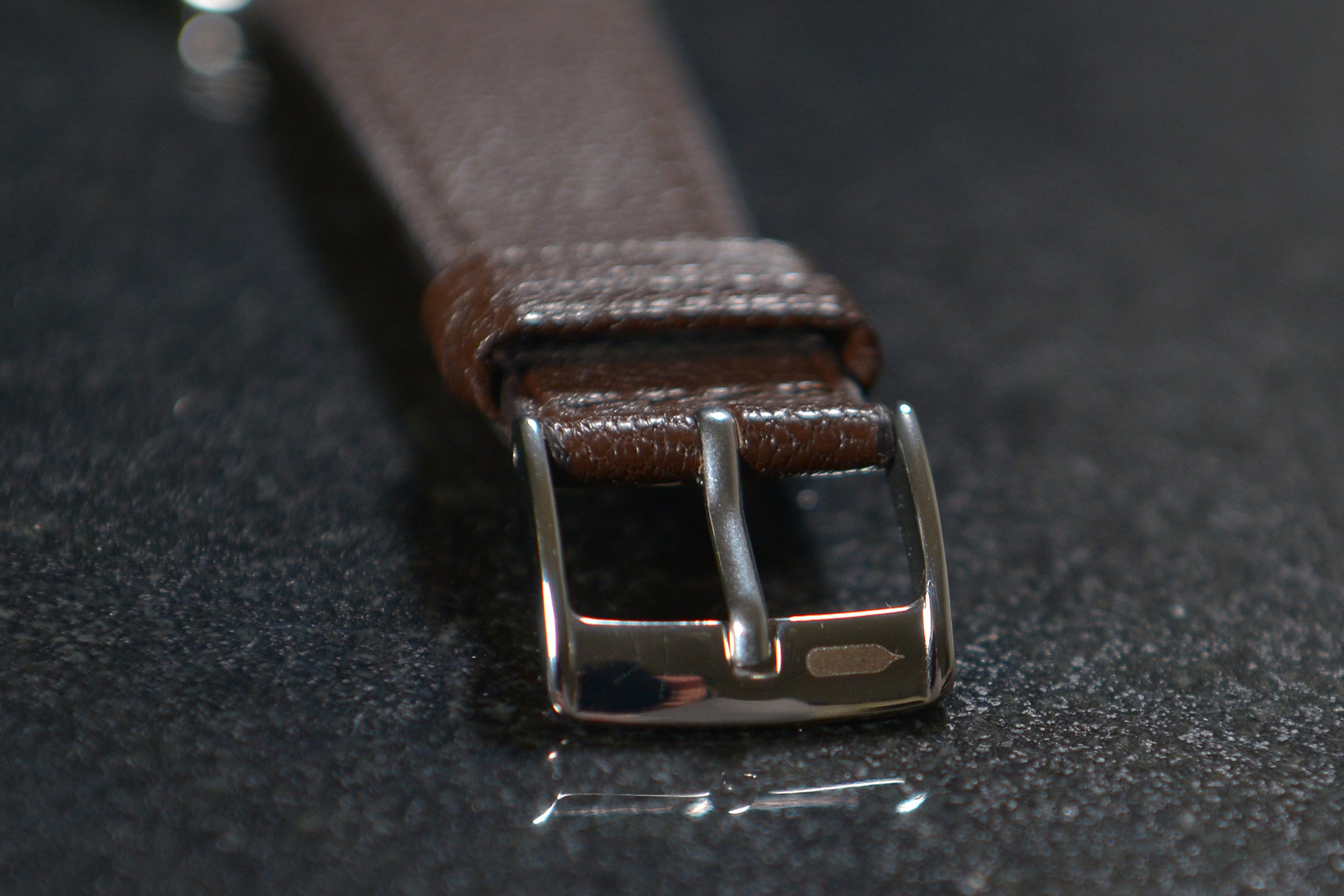 These quick release sliders made it particularly easy to swap this watch onto my favourite bund strap, the watches overall field qualities and 40s look making it more than work on a bund if you like that sort of thing, which I do. 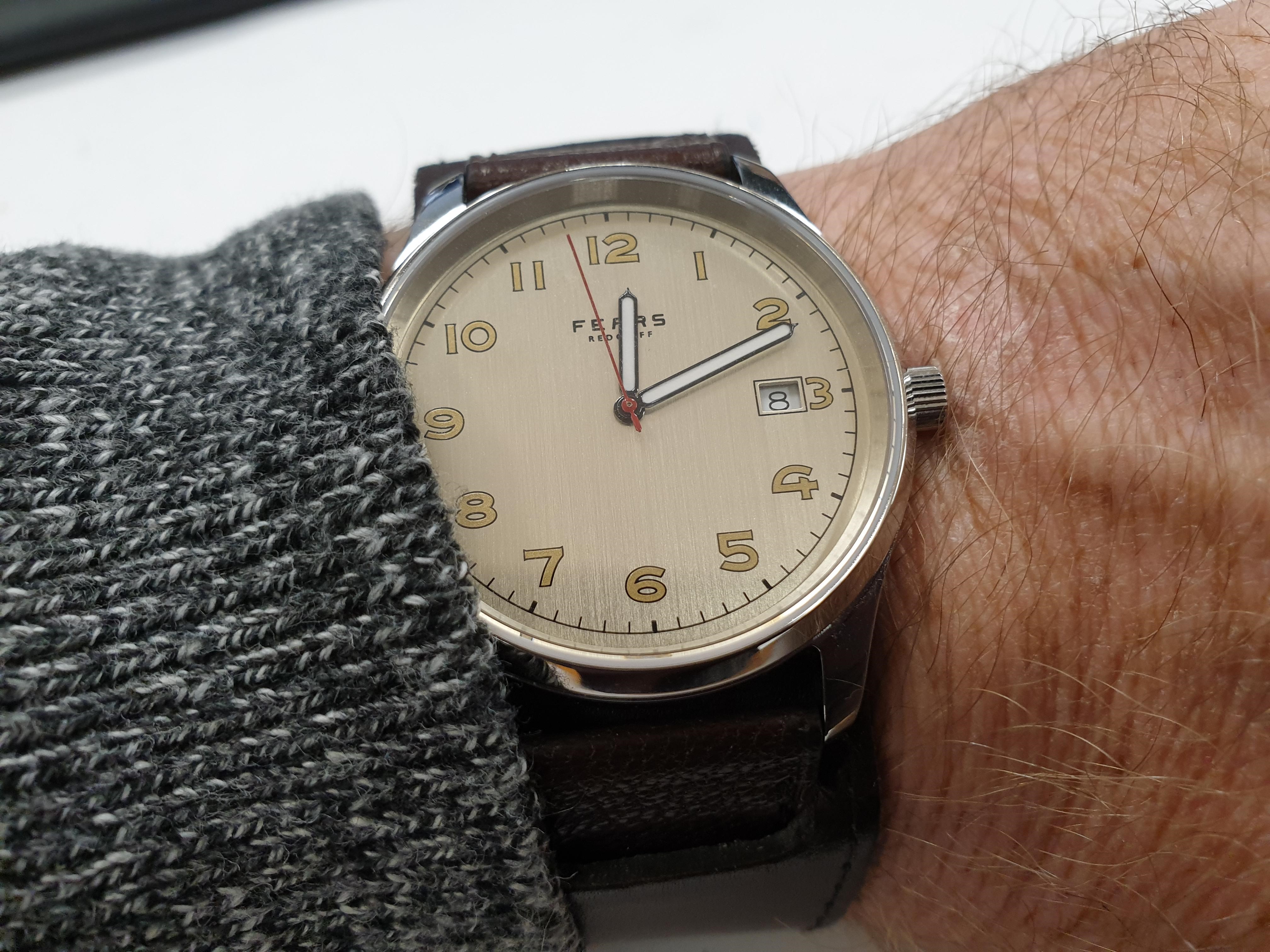 So should you buy this watch? That is not for me to tell you, what I can tell you is that if you want one you better hurry, of this limited run of 100 which concludes quartz production at Fears there are but a few left, so if it appeals to you you better go for it now. 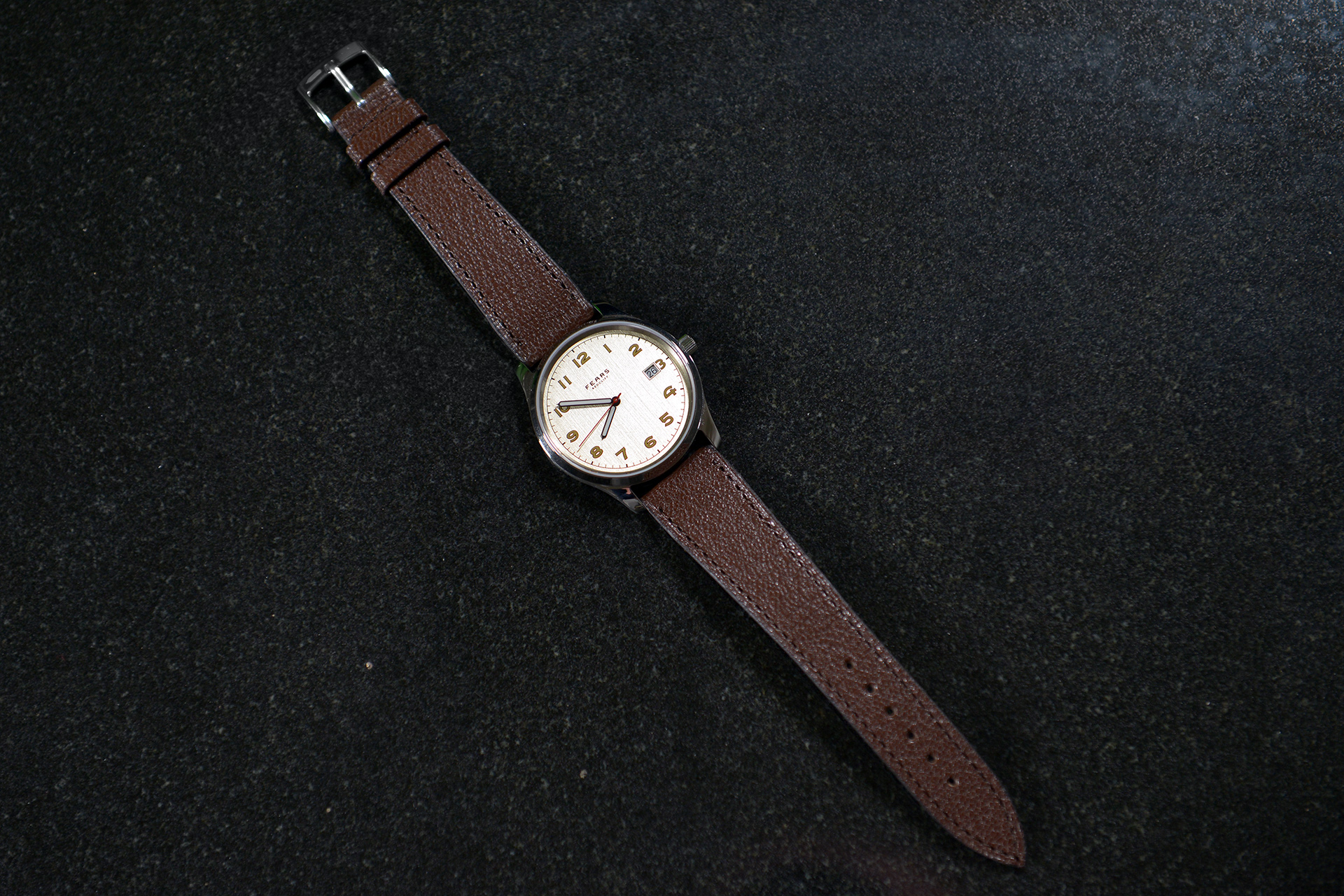 It is a quality watch in the price bracket and will work for you whether you are used to wearing a Panerai or a something a bit more reasonably sized, so check them out and if you do buy one why not send us your review, I expect you will enjoy wearing it as much as I have. 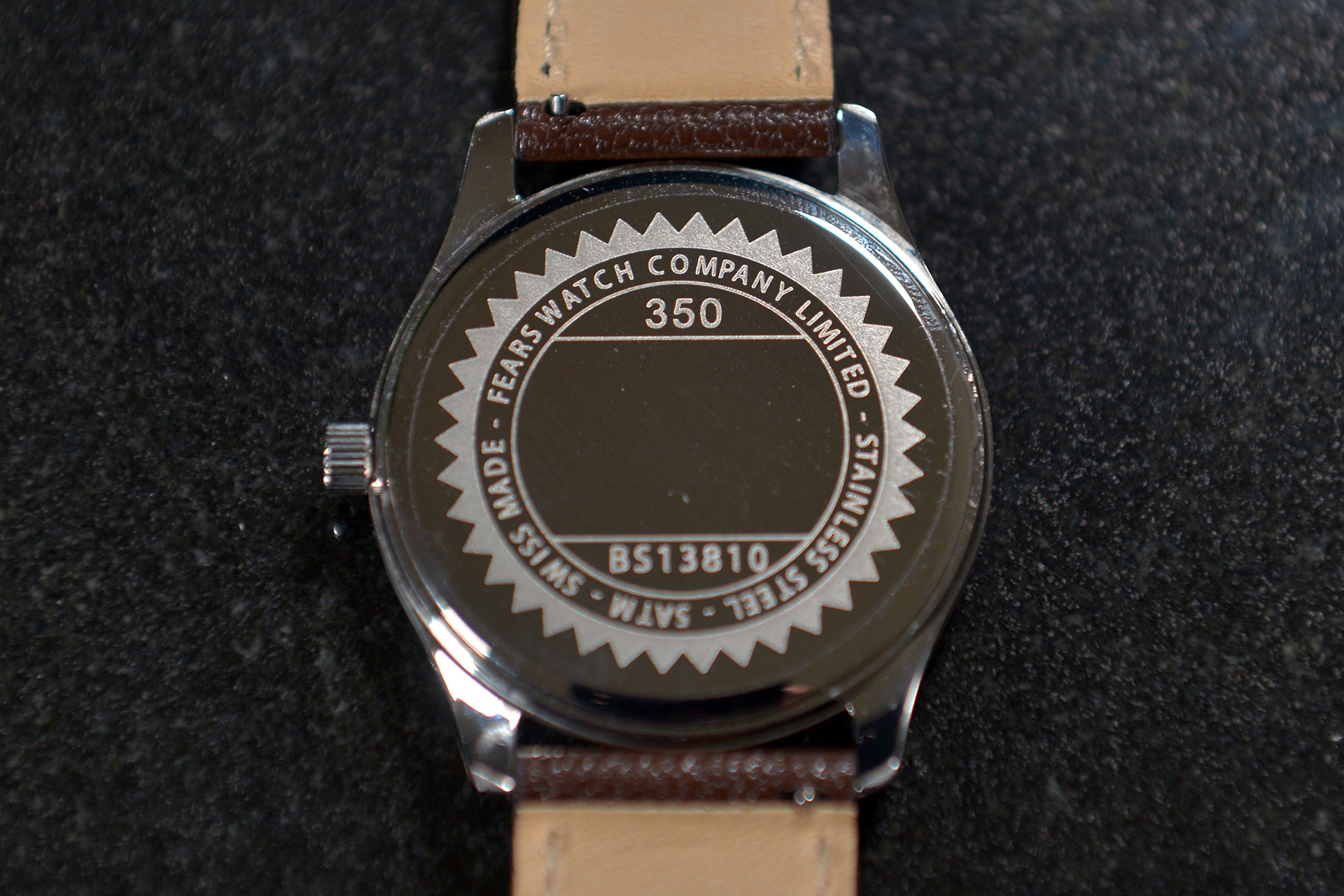 I can tell you is that for £483 you will be more than happy with every pound, shilling and pence you have spent!