A. Lange & Söhne is one among a handful of watch brands to ever make us want in a way we never have before. 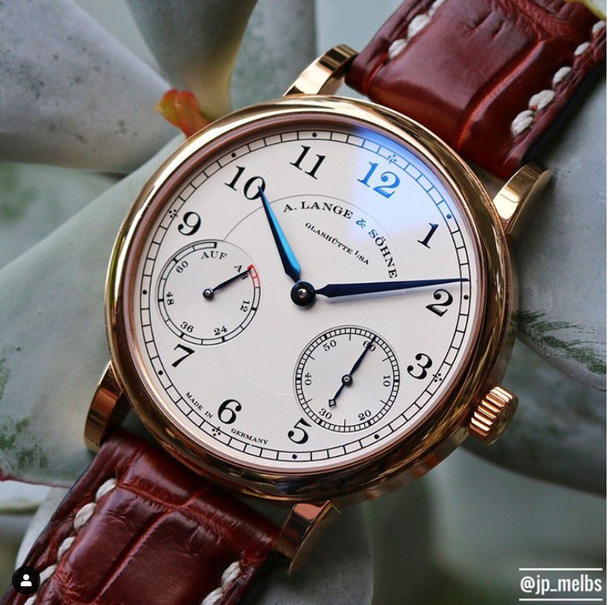 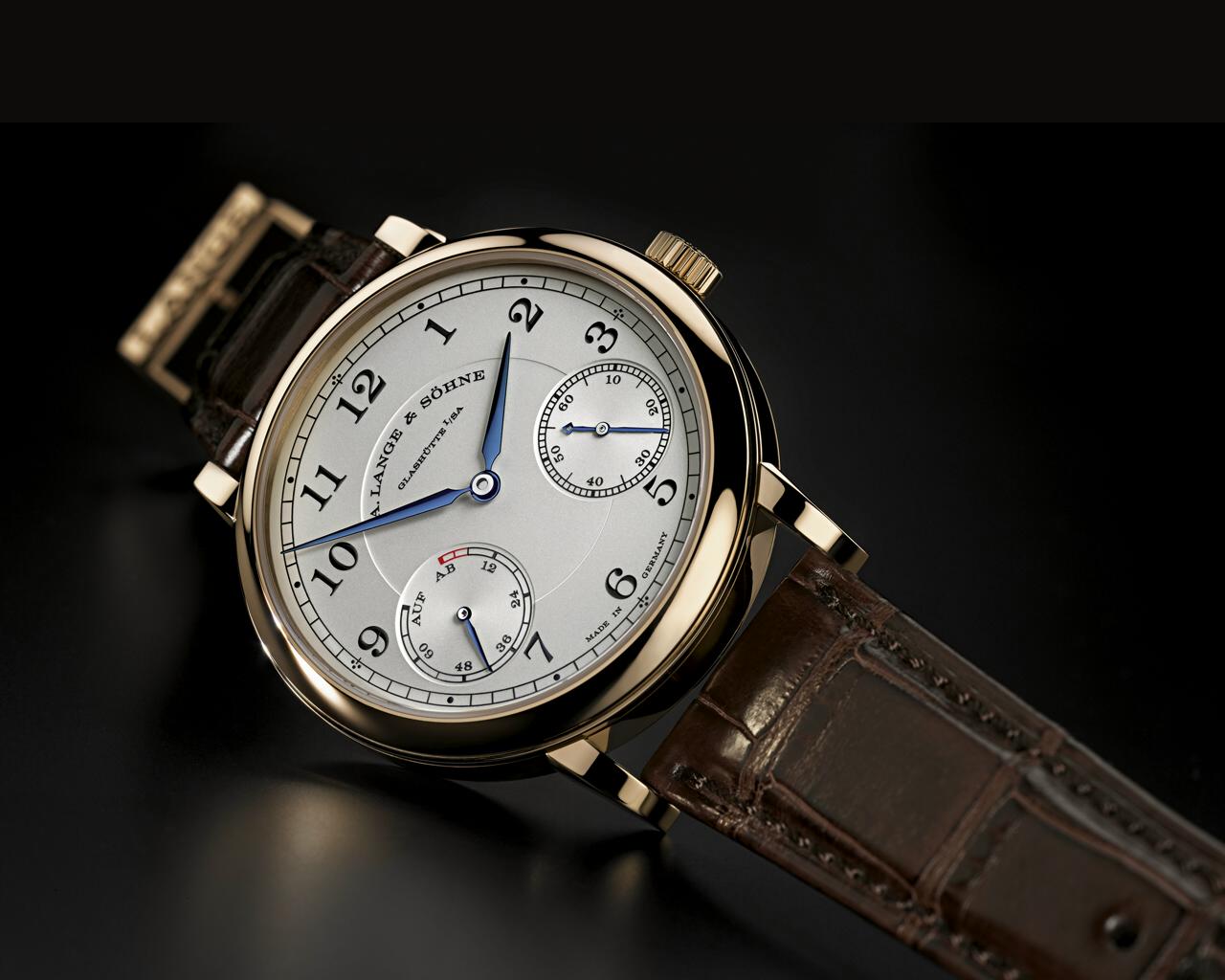 But after World War II the company, in its first incarnation, ceased to exist after the occupation by the Soviet Union and following nationalization. However, like any great story and a brand that absolutely deserved a happier ending, the company returned in 1990. Its recreation was led by none other than the great-grandson of the original Lange, Walter Lange.

You can’t make this up.

Today, the watch I absolutely need to talk about is the 1815 UP/DOWN, reference 234.026. The 1815 part of its name is a reference to Ferdinand Adolph Lange’s birth year; the UP/DOWN refers to the power reserve indications UP/AUF, for fully wound, and DOWN/AB, for completely unwound, found on the dial. And after an indeterminate amount of time that I’m not comfortable sharing because it was mostly spent staring at every photo I could find of this watch, I can finally fully describe this piece: 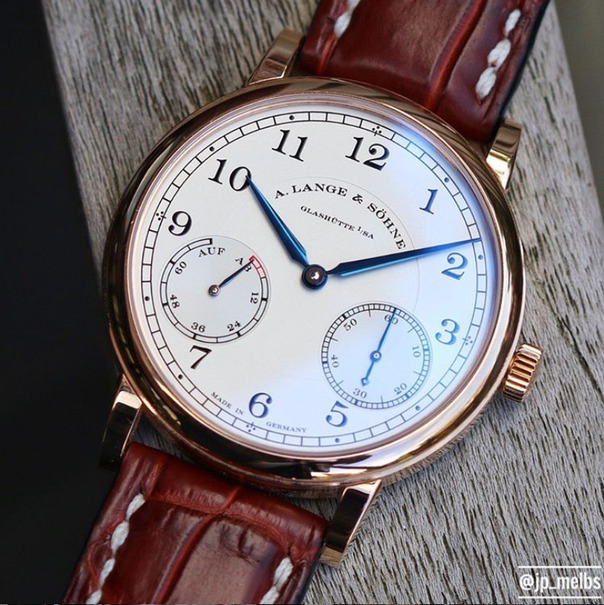 Take a watch enthusiast and let them put this piece on and they’ll handle it with reverence. Take someone who knows little about watches and I’d be willing to bet my current watch fund that even they would be driven to appreciate this watch.

Now that we’ve established a baseline (that you should’ve opened a new savings account at this point), let’s talk about the dial. First off, it’s made of solid silver; it gives the impression of softness but at the same time a kind of malleable strength. This dial was meant to bend light to its will.

The blue hands are made of solid steel and it shows. There’s something in their surfaces and the way any given light strikes them that produces an effect you don’t get from most other materials. And that little hint of red in the left sub-dial doesn’t take away from the complementary colors of the whole face. 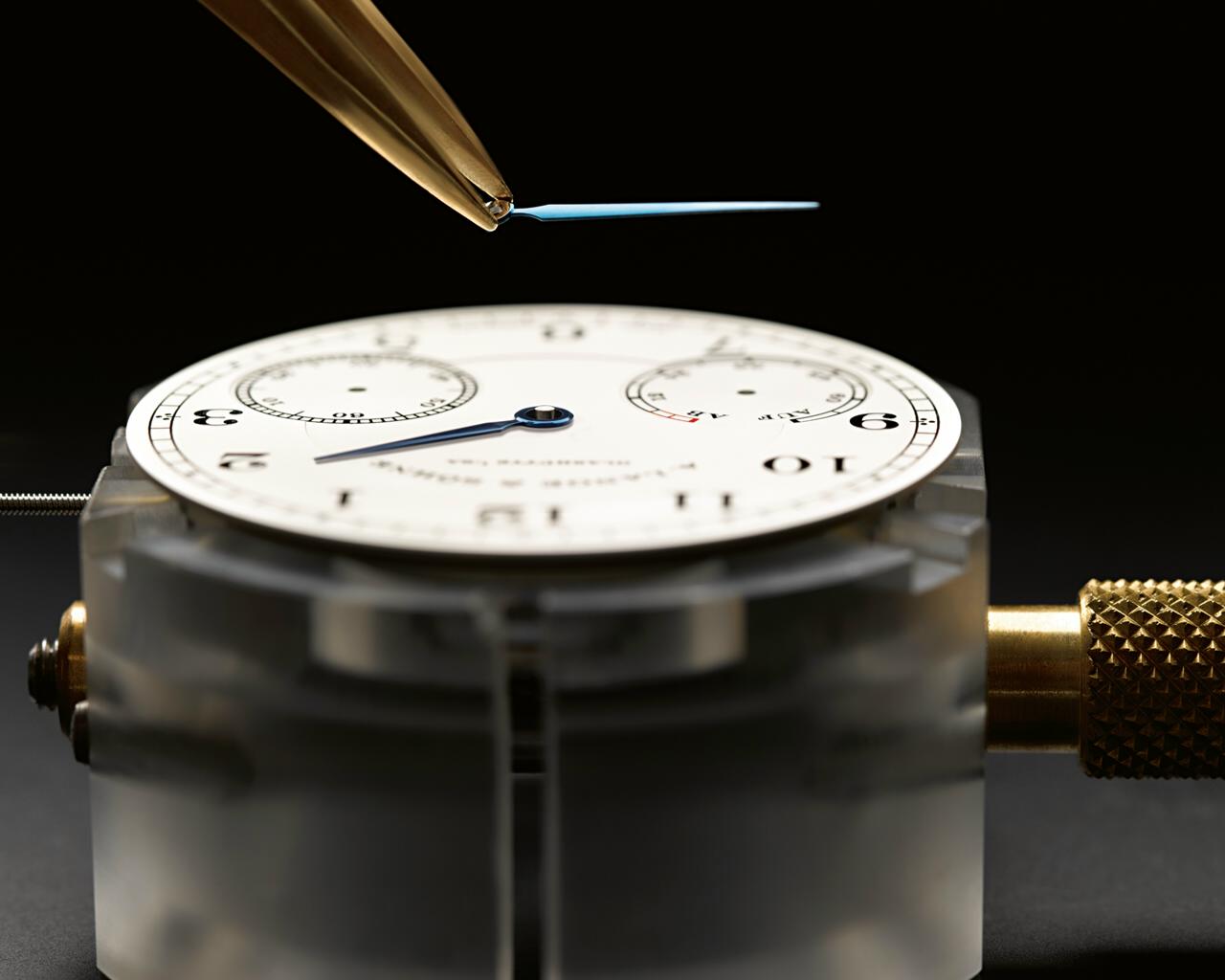 Moving outwards, the preciseness of this watch is an art unto itself. The indices aren’t quite spartan but they’re on the same block and I think that’s a good touch. It’s a split between practical and elegant and it pulls it off magnificently. I particularly love the railway tracks that circle the dial instead of the typical notched-look behind the indices, as well as the spheres and the clover-esque symbols behind the cardinal points. 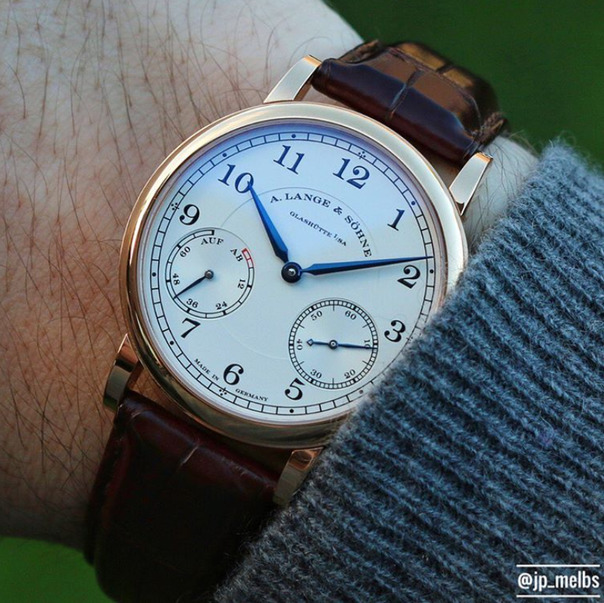 Simply put, the watch flows. Not one aspect of the face jars your eyes as they cross the surface. It just goes on.

The case is made of white gold with a diameter measurement of 39mm and a height of 8.7mm. It is built to be one of the most comfortable things you can put on your wrist. And that’s not even counting the low-mounted lugs or the hand-sewn crocodile strap. I’d say the comfortability factor might have been an afterthought, but the meticulousness here begs to differ.

Now turn the watch over.

It has a caliber L051.2 movement whose plates are made of German silver; this caliber will get you to 72 hours of power reserve. A function to note is that at the end of those 72 hours, the second-hand stops precisely at zero. 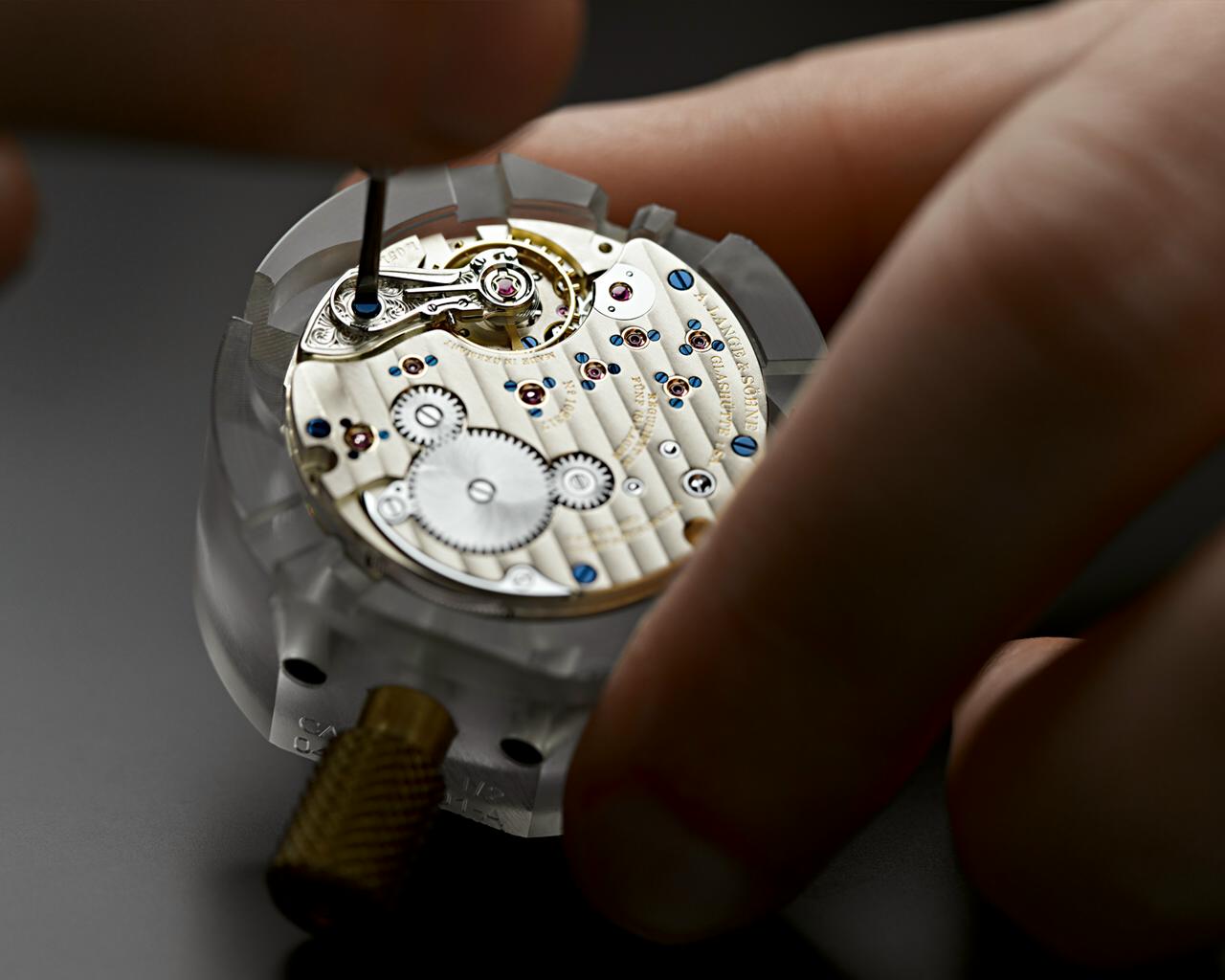 Not runs out, not gently lowers. A precise, calculated stop. Perfection.

Additionally, this particular reference of the UP/DOWN movement has 57 more parts than its earlier incarnation but still maintains its sleek, thin practicality without losing any of its impressive functions. 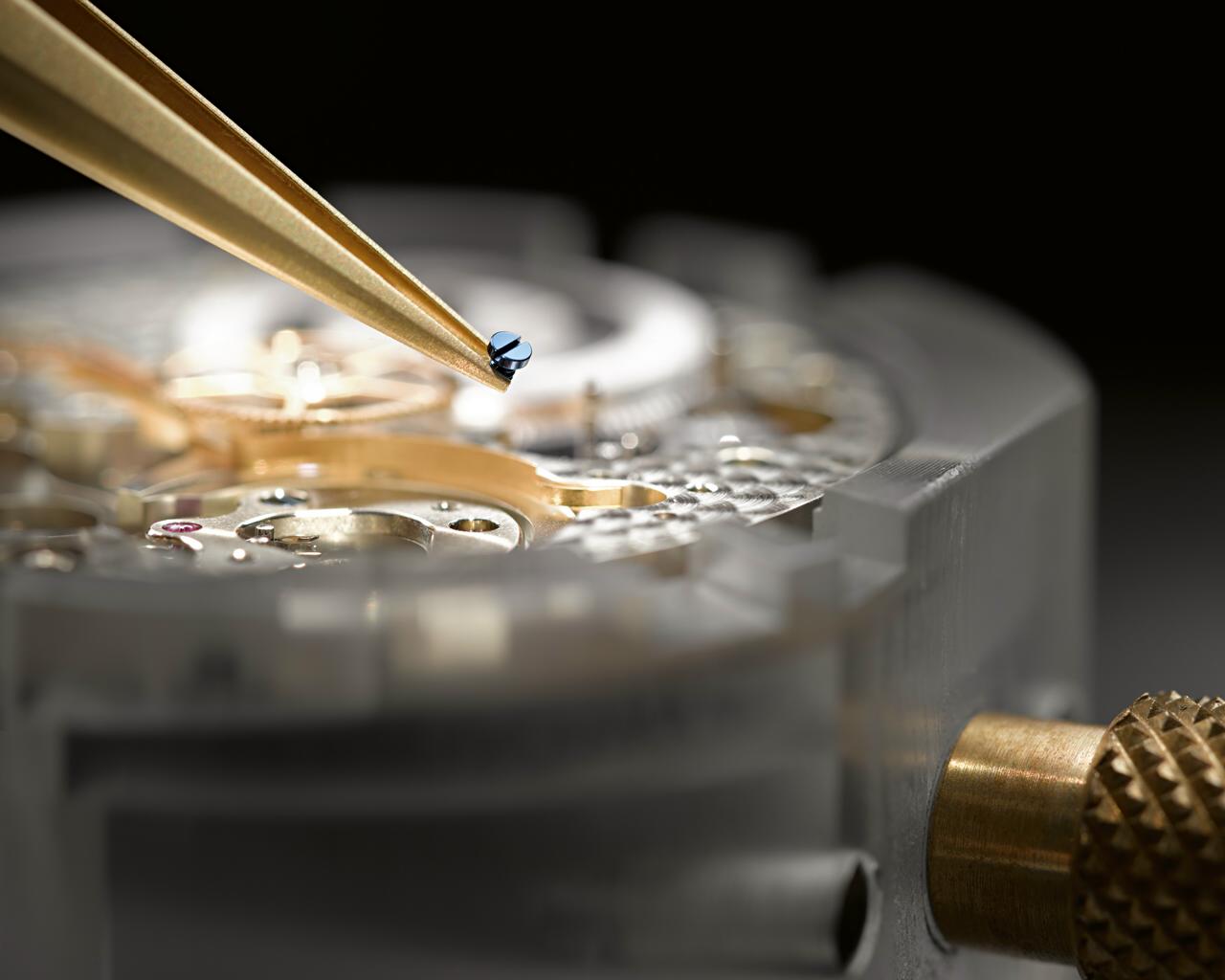 And that’s just the mechanical part. Lange has engravers that craft etchings into the inner workings of the watch and in this one, the balance cock is engraved with a floral pattern. And if there were more time and more space, we could dive into the colors of the screw downs, the ridges in the plates, watching the whiplash spring…

I honestly wish I could write a small novel about this piece.

…watch craft at its finest.

(A big thank you to @jp_melbs for letting me use his fantastic photos.)