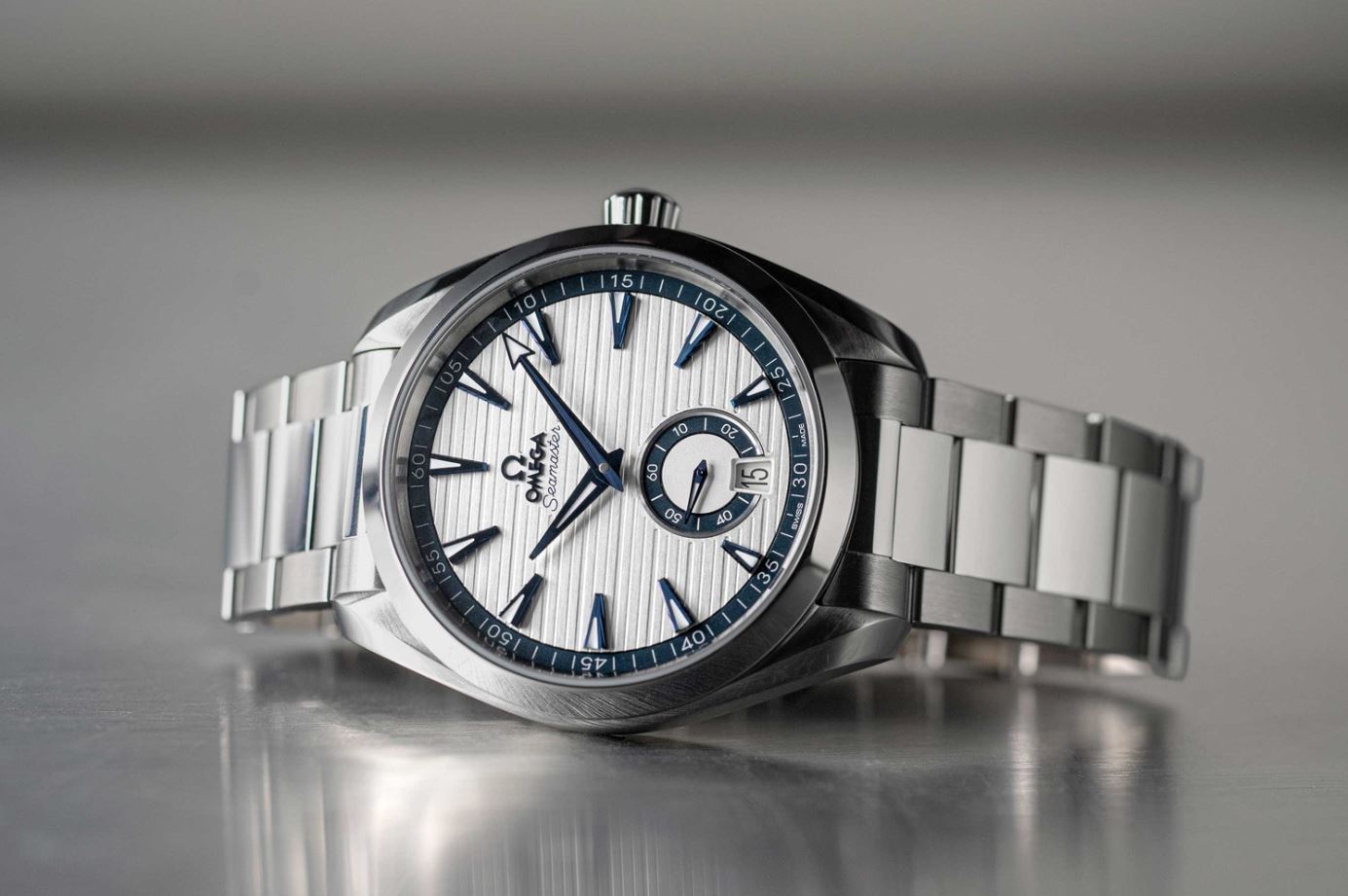 After all the craziness of last year, brands no longer have to be restricted to the release windows of watch trade shows. However, it seems that watch brands cannot get over dropping their releases in the same week as this week we have new chronographs from Breguet and Bell & Ross, new Aquis pieces from Oris and new Aqua Terras from Omega. Besides that, we also have Tudor teasing a new release, the most faked luxury brands on TikTok and innovation in the watch repair and servicing sector. These are the top 7 things in the world of watches; let’s get into it.

Another week, another Tudor release

It took a pandemic to bring the watch industry’s usual release patterns to a halt and force brands to embrace technology, but brands like Tudor seems to have embraced it wholeheartedly. It has taken take the social media teasing strategy that it experimented with in 2019 and accelerated it this year. Besides it usual release catalogue in April, it also recently teased and released the recent METAS powered ceramic Black Bay. Now it is teasing an unprecedented third release of the year, scheduled for 23 June 2021. This release is meant to be a boutique only edition. As with is now a norm for the brand, it’s tease gave nothing away but allows for plenty of speculation with a red cylindrical column being hammered down. Any guesses? Fortunately, it wont be long before we find out what the brand has in store for us. 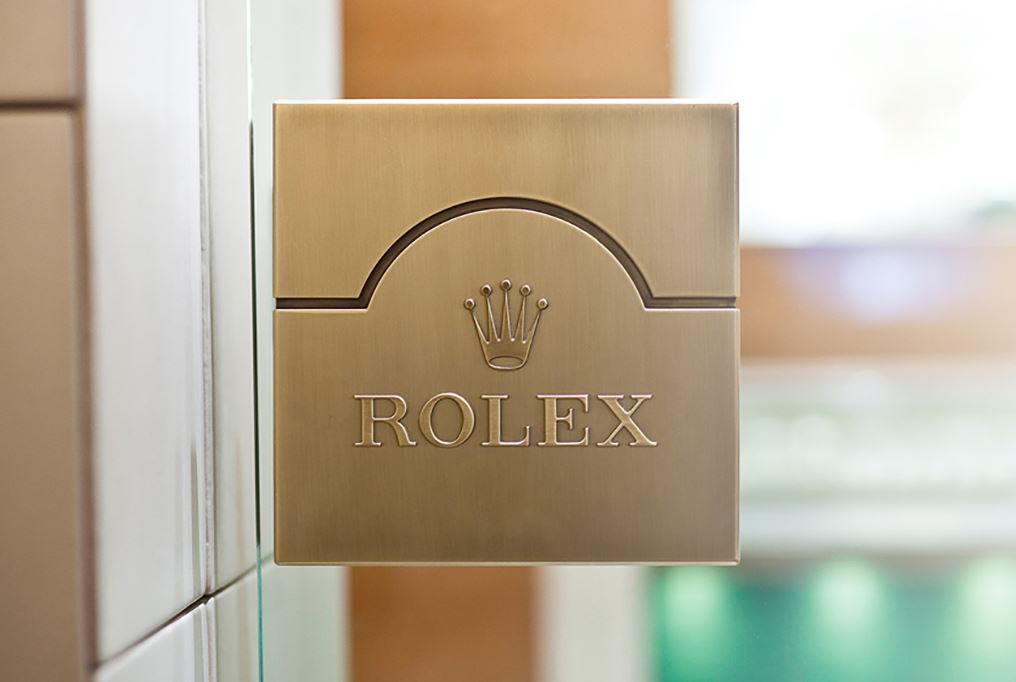 The fake replica market is one of the darker aspects of the watch industry and though it is not often spoken about, its size is tremendous. Money.co.uk recently conducted research on what the most counterfeited luxury brand (in terms of views on hashtags) on TikTok was with Rolex coming in second with 11.7 million views, just behind Gucci 13.6 million views. It is a remarkable note on how much of a status symbol Rolex is, given that Gucci has a whole slew of products while Rolex is comparatively niche. It also a discouraging reminder of the ever increasing pressure that many (especially younger generations) face to keep up with appearances on social media platforms that allows such a market to thrive. 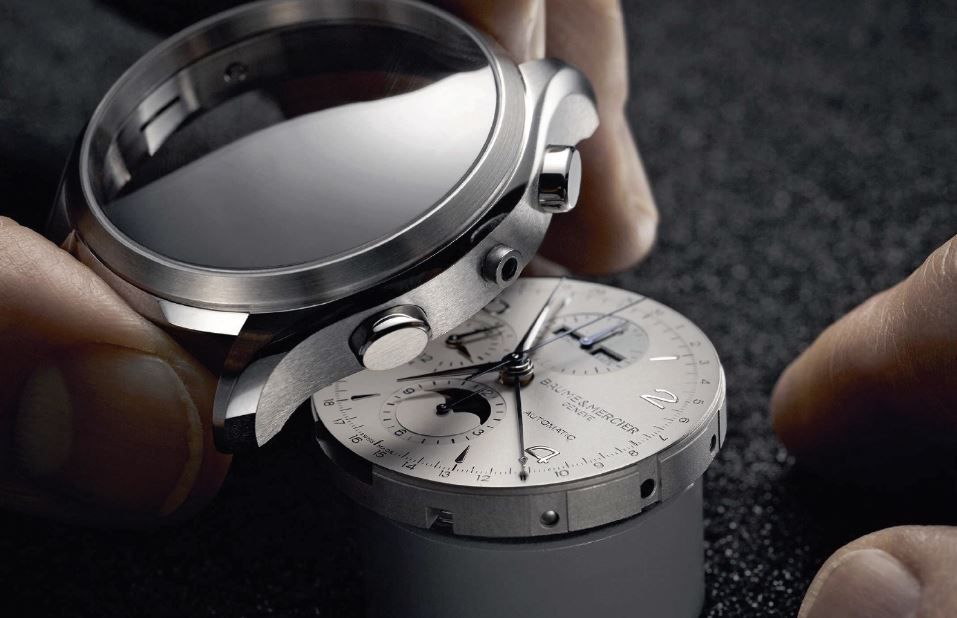 Another tangent industry to the main watch industry is that of repair and servicing. WatchPro recently spoke to Paul Lindsay on The Swico Group’s innovations in this sector and the impact that the COVID-19 pandemic has had. According to Paul Lindsay, The Swico Group’s innovative efforts has allowed the company to thrive despite slowdown in the world’s economy in the past year. In fact, because of its focus on including technology, the company was better suited than most to cope with the pandemic. Where many in the watch servicing and repair sector were content to stick to the tried and tested more analog ways of working, like the majority of the Swiss watch industry, The Swico Group pivoted to ensure that customers had the most user friendly experience possible. Things like allowing customers to send in their watches through an online process, and 24/7 tracking of the entire servicing or watch repair process are definitely appreciated by customers going through a potentially worrying experience. These are things that brands and companies providing such services could certainly emulate even in non-pandemic times. 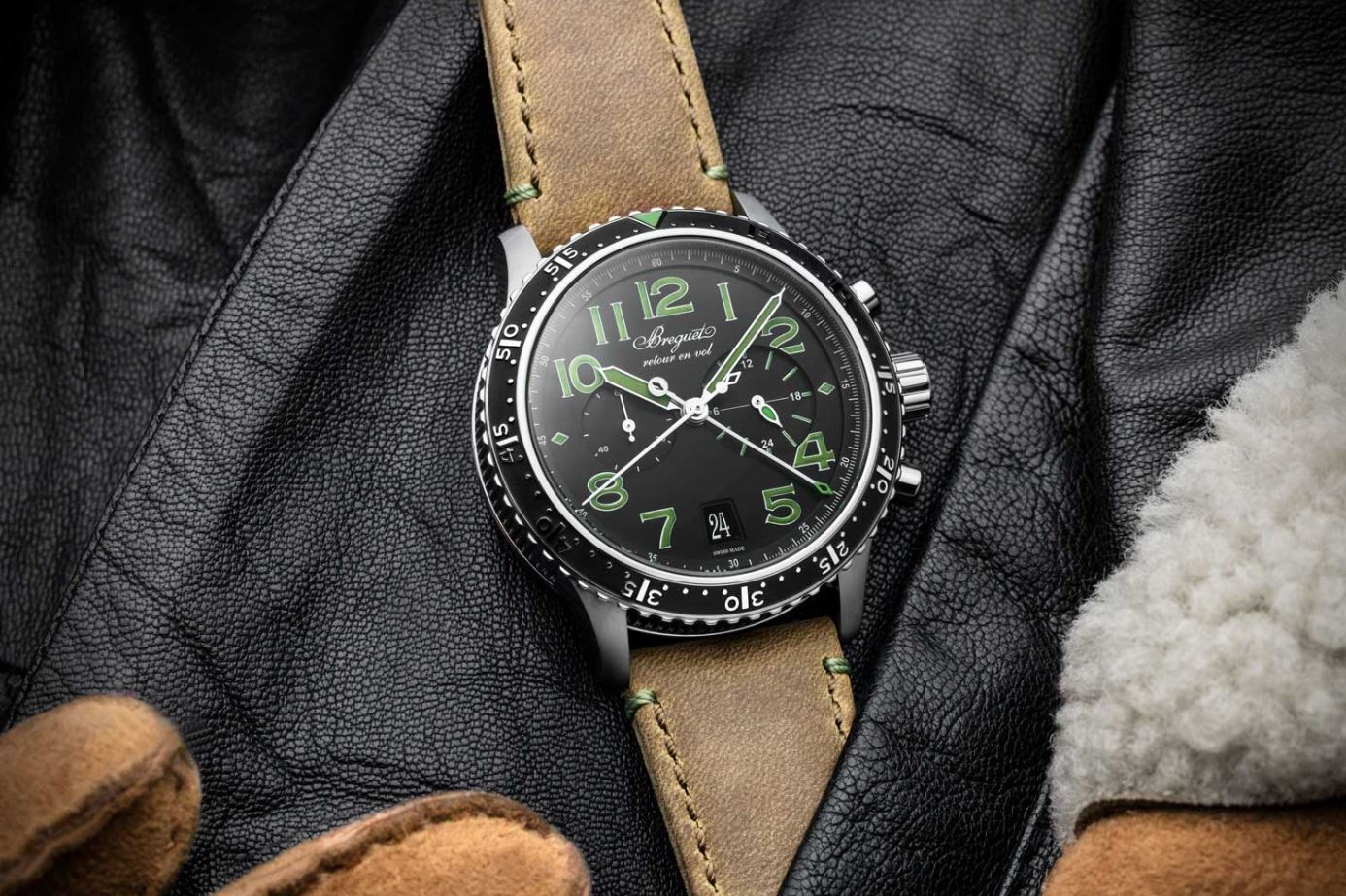 While Breguet is normally associated with elegant dress pieces, it has a solid history in military watches too, and the brand has just released two modern versions to re-establish its presence. Both Type XXI re-issues are based on what was originally specifications required by the French military and offer a remarkable package for the price. Both models feature the vintage aesthetic of military pilot chronographs, that have larger dials and slimmer tachymeter bezels, complete with large green or orange numerals for maximum legibility. The case size, at 42mm, is certainly not vintage, though it would still be wearable for many. What is particularly cool is that these two models feature flyback chronographs, something that is not commonly found in watches costings “only” US$14,900 (S$21,400). Given that these are limited to 250 pieces each, and have average chronograph thickness at 15.2mm (they are powered by Lemania based movements after all), these watches are definitely good value propositions in my opinion. 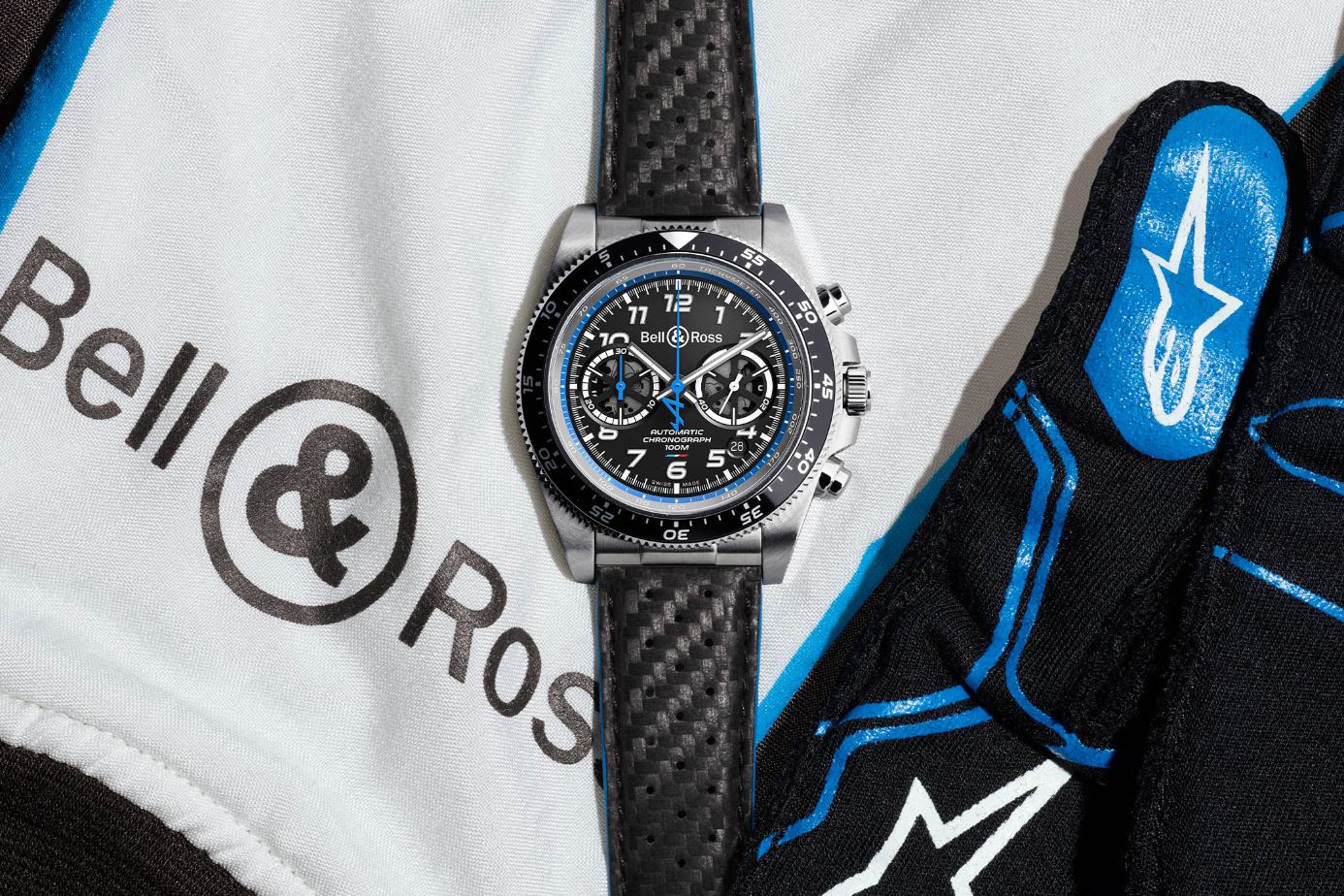 I must admit, I am not particularly fond of Bell & Ross. Not that I have anything against the brand personally, but the square based aesthetic doesn’t really work for me. However, one of the models in its recent Alpine F1 Collection this week looks really good. That model is the V3-94 A521 which features an uncharacteristic round case (which is probably why I like it). The dial on this piece looks cool and perfectly apt for F1 racing, with its primary black base, white indices, skeletonised bi-compax sub-dials and a striking lighting blue seconds hand. It also comes on either a 3-link bracelet or carbon fibre patterned rubber strap. It’s a shame then, that it is a 43mm case which all but eliminates it from the list of watches I could possibly wear. If you have the wrist for it though, it would be a cool looking piece that is relatively affordable at EUR 3,990 / EUR 4,300. 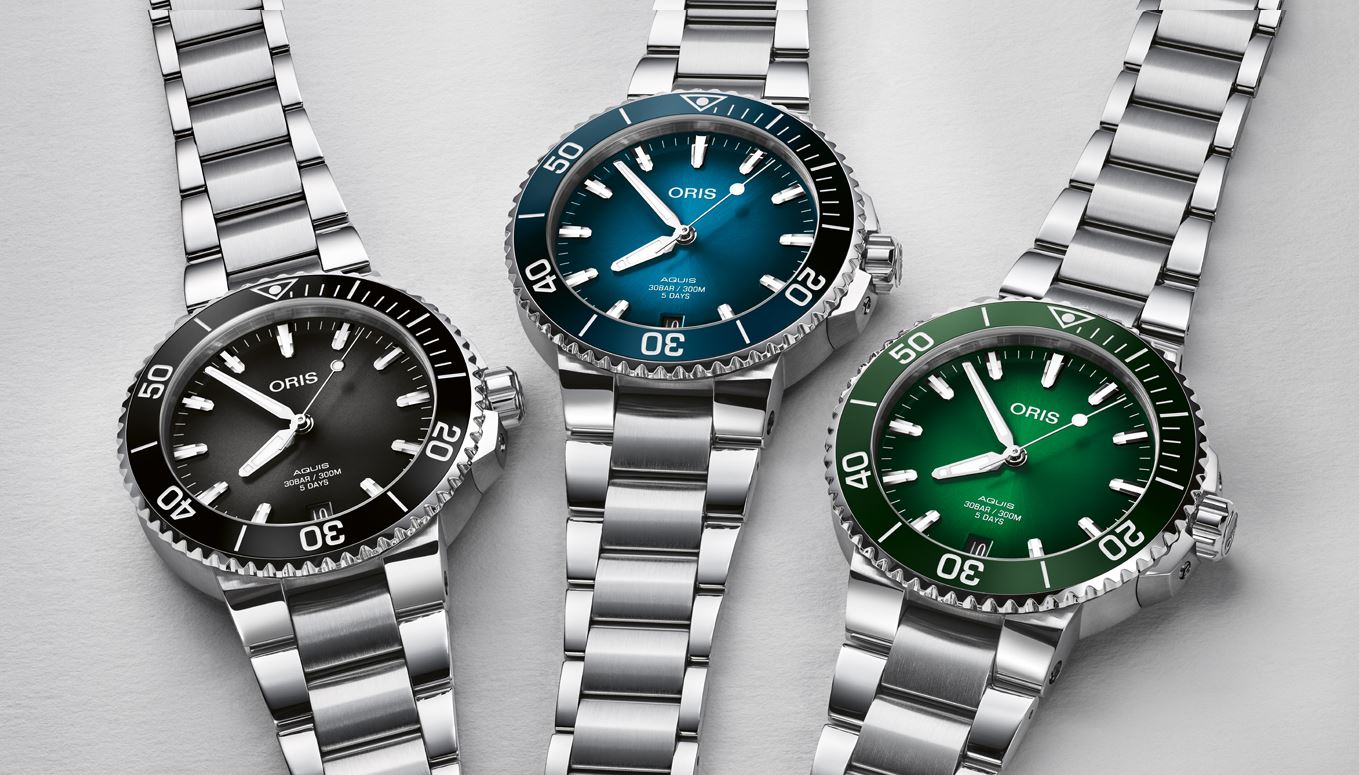 Oris is a brand that endears itself to watch enthusiasts. It offers relatively affordable watches that comes in a whole range of sizes and designs, ensuring that it has something for everyone. Up till last year though, the only option it lacked was an in-house movement. Then, it rectified that by releasing the fantastically spec-ed Calibre 400, which boasted a 120 hours of power reserve, and 10 years of warranty. Only, that first release came in a 43mm Oris Aquis which made it less versatile in terms of the people who could wear it. True to form though, it has now introduced its new movement to the 41.5mm Oris Aquis in three colours, black, blue and green. This is of course, in addition to the 38mm Pointer Date Holstein Limited Edition it launched a few weeks back. Is 41.5mm a lot more wearable than 43mm? Not for me, but there would be certainly far more people who can pull it off. It is also indicates that the brand is committed to sticking to its principles in ensuring something for everyone and I believe it fully intends to gradually include this movement in the rest of its current line-up (size restrictions permitting). In particular I would be very excited to see it in its Diver Sixty-Five series, that would put it in direct competition with Tudor’s Black Bay line-up. Here’s a thought, is Tudor’s latest METAS movement efforts a reaction to brands like Oris catching up, and possibly overtaking its existing movements? Back to these new Aquis releases though, they still offer great value, at EUR3,000 on a bracelet, with all the specifications that the Calibre 400 has. If you were fond of the Aquis aesthetic, but was not a fan of ETA/Selitta movements, well, here’s the watch for you. Check out the full hands-on article here. 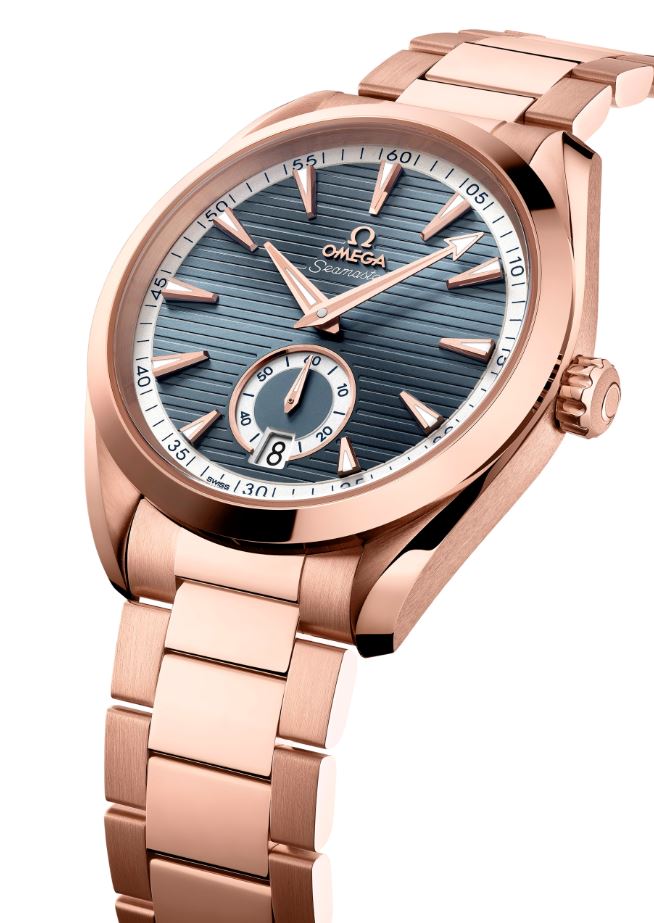 This week, Omega also dropped a whole new Aqua Terra collection that significantly shakes up its design aesthetic. Prior to this, the Omega Aqua Terra the muted regular time and date only sports watch option in Omega’s line-up. The equivalent of Rolex’s Oyster Perpetual if you will. Well, it has tweaked its visual appearance now, with a simply inclusion of a small seconds complication at 6 o’clock, with variants in both 41mm and 38mm. The 41mm retains its sportier teak patterned dial and arrow indices with the small seconds having a contrasting coloured outline and numerals, while the 38mm option has a smooth dial, rice grain indices and small seconds that is dressier and far more understated. I for one am a fan of this design change since it gives this normally overlooked collection a quirkier look and allows it to stand out more against the more popular Seamaster 300 and Speedmaster collections. I also particularly like the visual juxtaposition of a dressy small seconds against a sporty overall design. This new distinction will not be for everyone, but Omega has not (as far as I can tell at this point) discontinued its prior pieces that had central seconds. Given that the 41mm versions still feature the teak pattern, I would think that this drop is more of an expansion to the line than a replacement. I would love to check these new pieces out in person, especially the 38mm green dial variant. 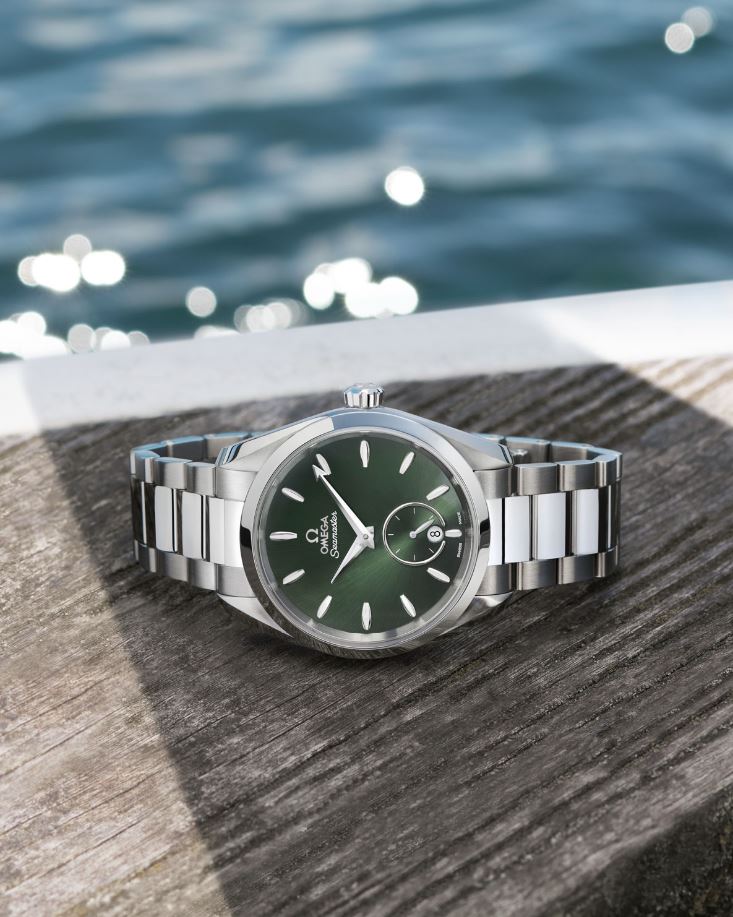 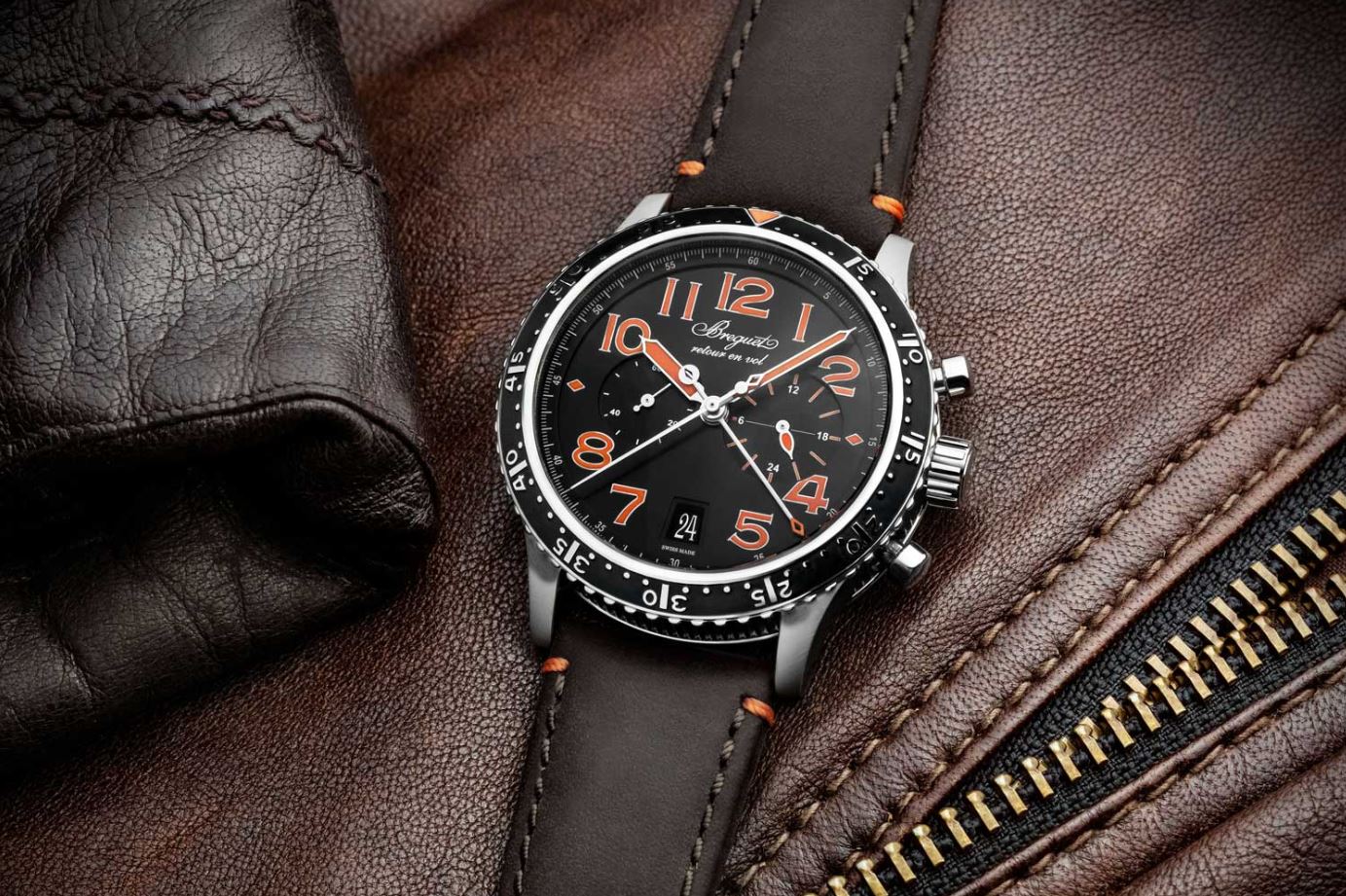