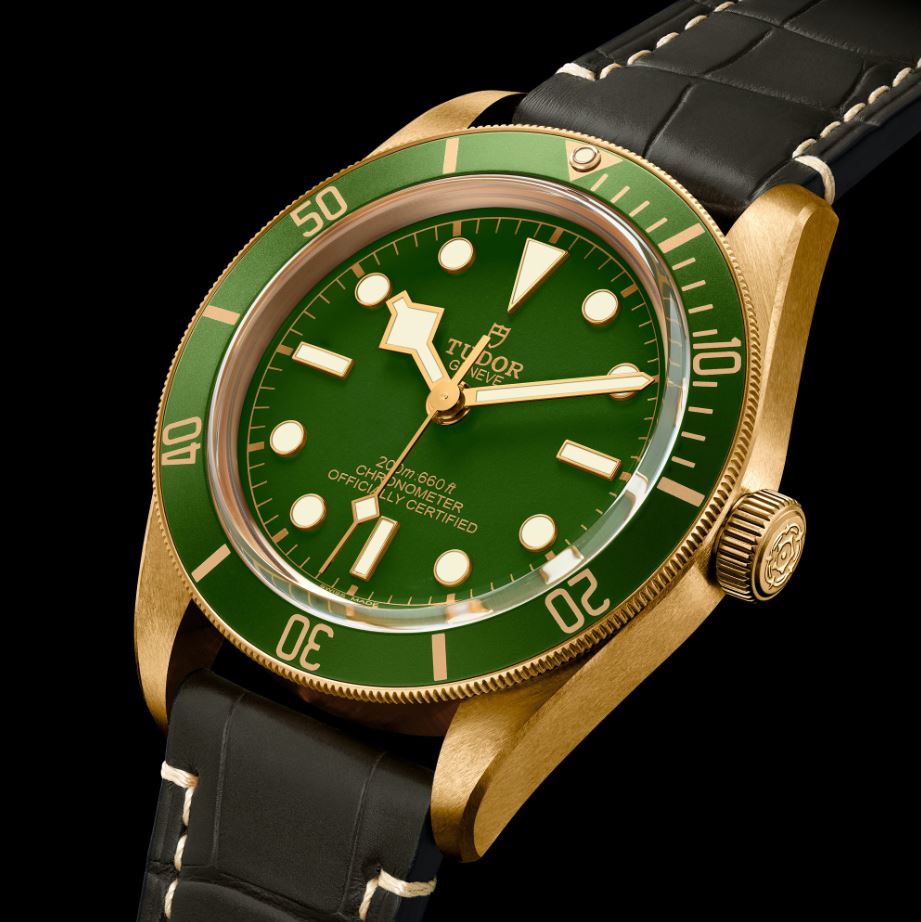 If you had told me that between Rolex and Tudor, Tudor would release the more extravagant headliner watch, I would not have believed you, especially not in a year where Rolex released a two-tone Explorer I. However, that is exactly what happened with Tudor’s latest iteration of the Black Bay 58. In addition, the brand also released in consistent fashion new models for the various series in its Black Bay line-up and one minor update to a non-Black Bay line-up. At this point, the Black Bay collection is as synonymous with Tudor as the Royal Oak is with Audemars Piguet. The releases from Tudor this year, were definitely unexpected and intriguing, and so without further ado, let’s get into it. 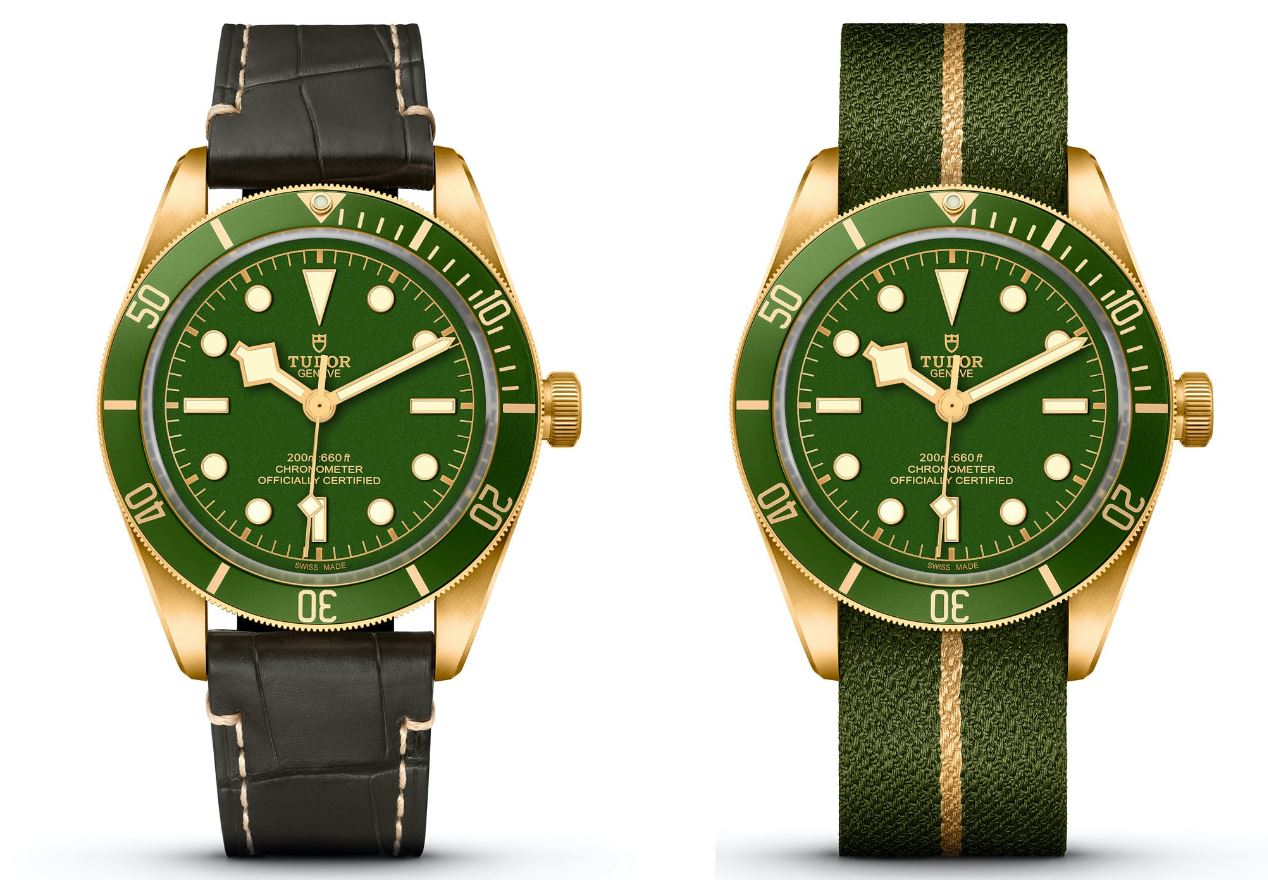 Since its relaunch of sorts in 2010, Tudor has established itself as a brand that offers great value in a robust watch at a relatively affordable price. Even when using gold, Tudor had previously opted for gold capping in its watches to keep prices within its usual price range. However, this year, the brand appears to be inching into true luxury watch territory with a solid 18k yellow gold Black Bay 58 and is priced at a whopping US$16,800. To be fair though, while this may seem a lot for Tudor, it is still a relatively fair price especially if you take reference against any of its bigger sibling’s gold offerings. At this price, you only get the watch head on a leather strap, since a full gold bracelet would have undoubtedly doubled the asking price. It is a beautiful looking watch head though, with the fully brushed (which is rare in precious metals) yellow gold case paired with a matte olive-green bezel and dial. The hands and indices are also made of yellow gold to complete the look. While the price would put many off, it is a remarkable looking watch that somehow still retains a sense of ruggedness (probably because of the brushing all round) and does not appear mismatched with Tudor’s brand identity. 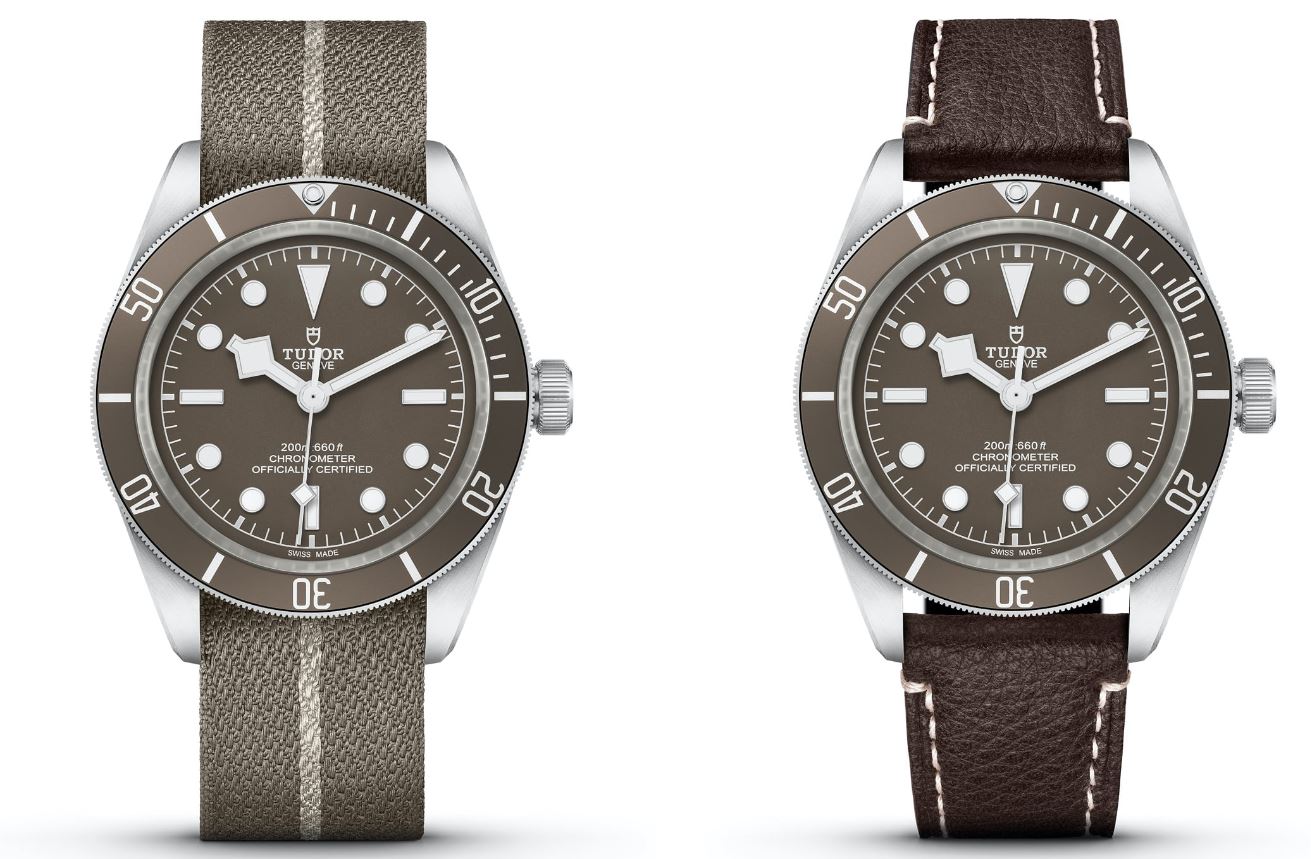 If gold is too much for you though, Tudor also released a silver Black Bay 58. By silver, I do not mean silver coloured i.e.  steel watch, but a 925 Silver alloy that Tudor specially developed for this watch. It is certainly an interesting choice for the brand, given that silver is not a commonly used material for watches. In fact, I have never come across a silver watch before (not that my experience is exhaustive by any stretch). According to Tudor, this proprietary silver alloy has been engineered such that it would not show the signs of aging that is commonly associated with silver. It is something that would be interesting to observe down the line. Tudor opted for what it calls a taupe dial and bezel to complete this watch. Based on the various pictures online, this seems to range between a light greyish brown hue to a darker chocolate hue, which gives a hint of a tropical dial that is fitting for a line that is steeped in vintage aesthetics. I for one would be interested to see this in the metal and also compare this silver case against a steel one. This variant is priced at a far more palatable US$4,300 which makes it relatively good value especially when compared against its gold counterpart. 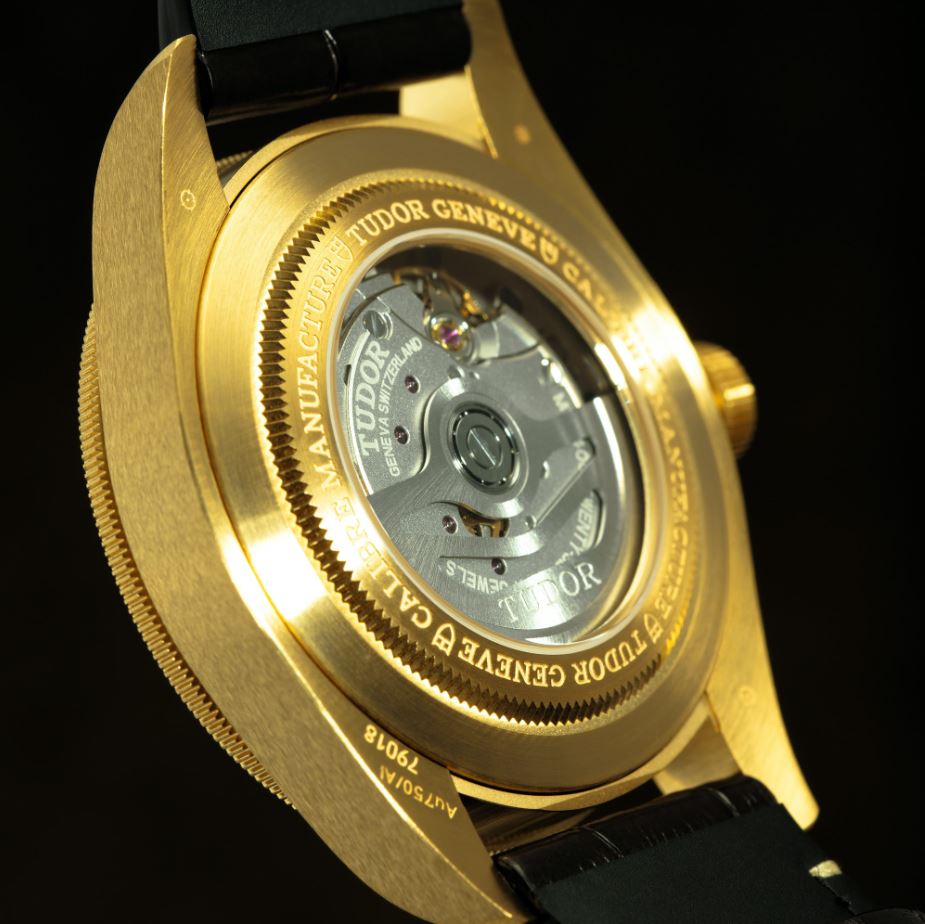 Both the gold and silver Black Bay 58s come with a display case back, something that were previously only used on the North Flag and Glamour Double Date. It is the first time the brand has opted to use a display case back on any of its divers, which I think might have something to do with the pricier materials used in these pieces. It is a shame that Tudor did not bother adding a more intricate finish to the movements, the in-house MT5400. Then again, that raw industrial finish on the movements are not going to put anyone off from buying these watches. The trade-off to using a display case back is the increase in thickness, from 11.9mm to 12.7mm. However, how that affects the wrist presence of the watch remains to be seen. 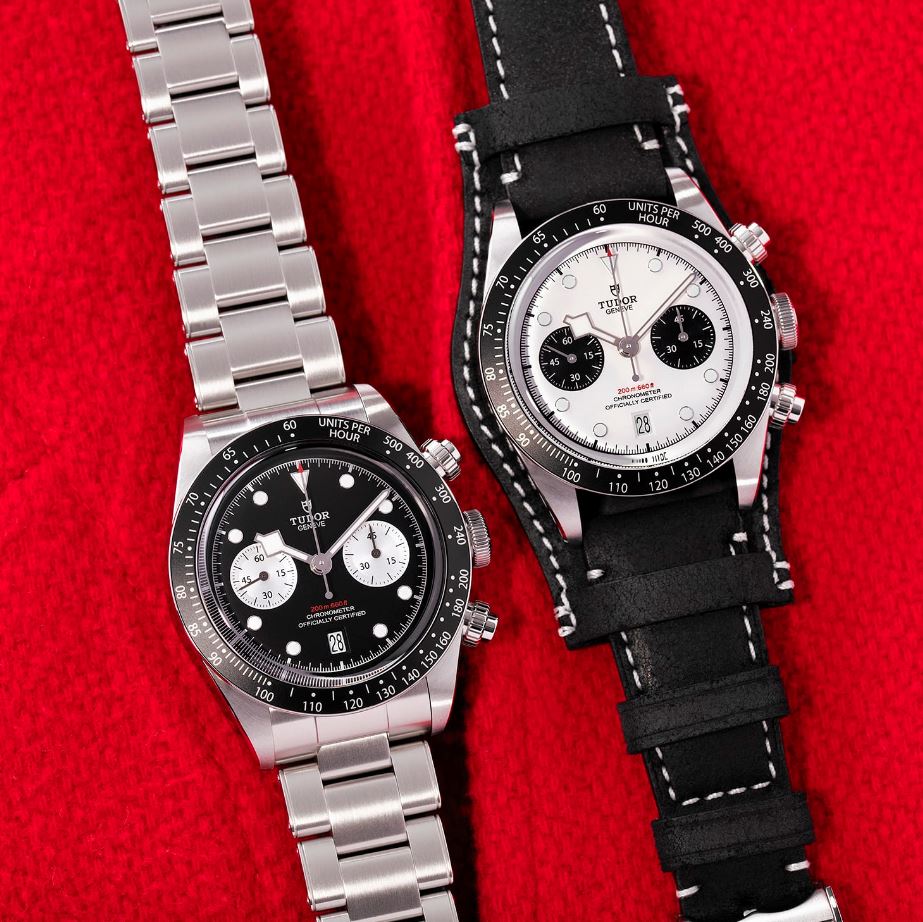 The Black Bay Chrono was first launched in 2017 to mixed reactions. The mix of a dive and chronograph watch did not sit well with some and the watch was really thick. The use of a steel tachymeter on a black dial with black sub-dials were also a tad underwhelming. Tudor improved on the latter two issues with its steel and gold (“S&G”) variant as well as its All-Blacks limited edition and now it has taken a further step in making this series standout. Tudor has released two new Black Bay Chronos one with a white dial and black sub-dials and the other with a black dial and white sub-dials. Both come with a black aluminum tachymeter. 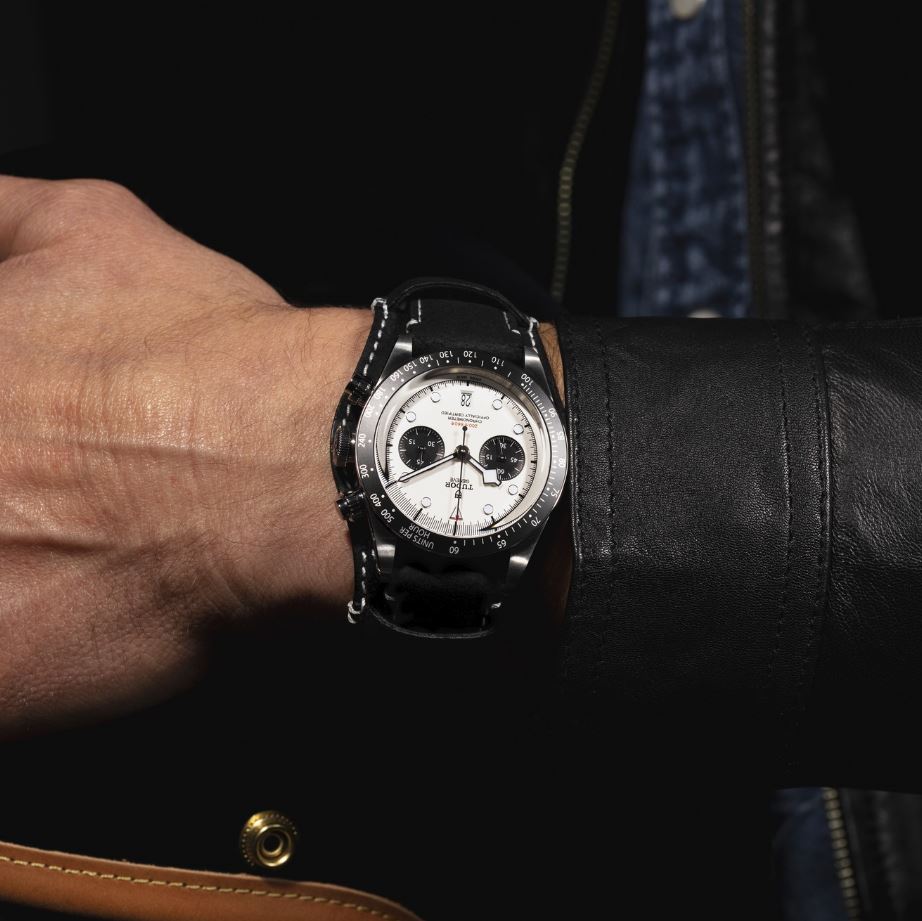 It is pretty remarkable how a switch of dial and sub-dial colours makes these watches feel like brand new watches in this collection, in particular the one in a panda configuration. It took me a few minutes after first seeing them to realise that they were basically the same watches as the S&G version from 2019. It might be because without all that gold to catch your eye, you can really focus on the vintage aesthetics of these chronographs that hark back to the days of Paul Newman’s Daytona. This difference in visual aesthetic makes these watches really stand out and I would expect them to be far better received than the very first Black Bay Chrono. 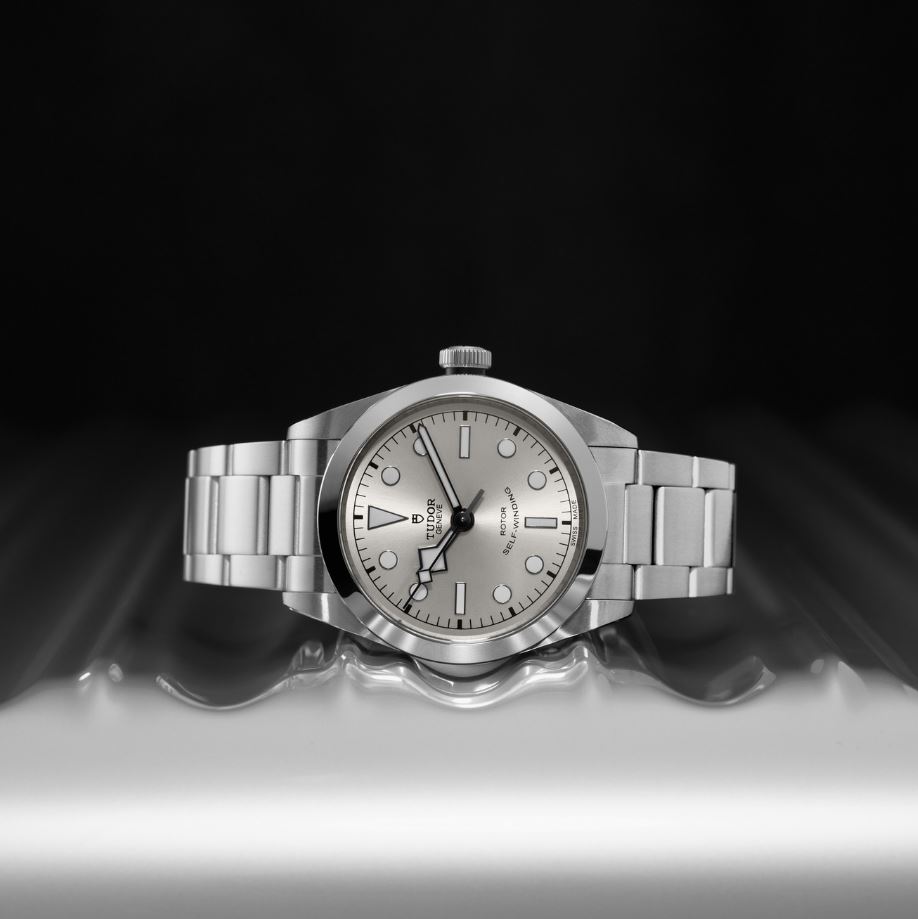 This year, Tudor also updated its Explorer-esque series in the Black Bay line-up with a silver dial being added to the current black and blue dial options on the Black Bay 32/36/41. While a dial change is nothing to write home about, I am glad that Tudor is embracing lighter, whiter dials for its sports watches. The sunburst silver on this dial also adds a touch of visual interest to what is a no-nonsense robust watch. While I would have preferred a white dial, this new release is definitely worth considering as a go-anywhere-do-anything watch. 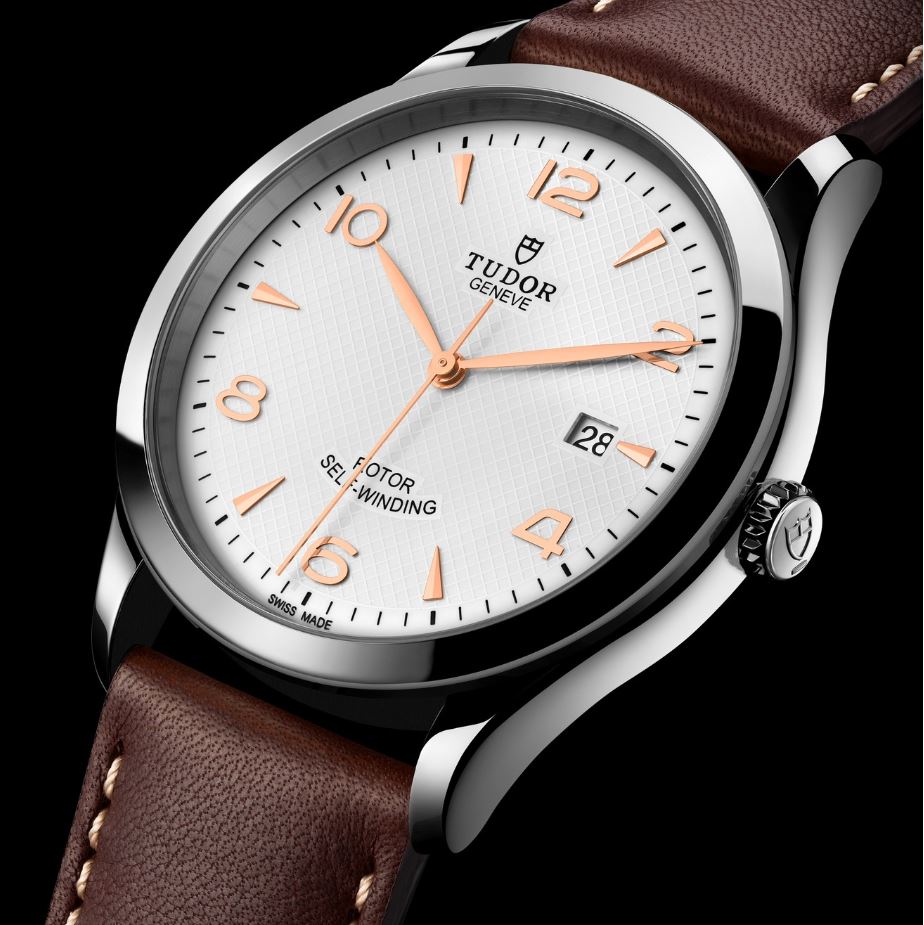 The 1926 line has always been somewhat overshadowed by the more eye-catching options from the Black Bay line. However, in my opinion, it covers a crucial category in Tudor’s overall collection, one that is dressier in nature, akin to what the Datejust is in Rolex’s offerings. Tudor has now added a white dial variant, to the 1926 line, where previously it only had black and silver dials. It is not hard to see why, since white dials make these watches even dressier, and that much more elegant. I only wonder why this was not done from the start. Tudor now also offers leather strap options to the collection that had only come on a bracelet before. It is another no-brainer decision for this dressy line and would likely increase this line’s appeal to the general public, even it does nothing much for the watch enthusiast community. 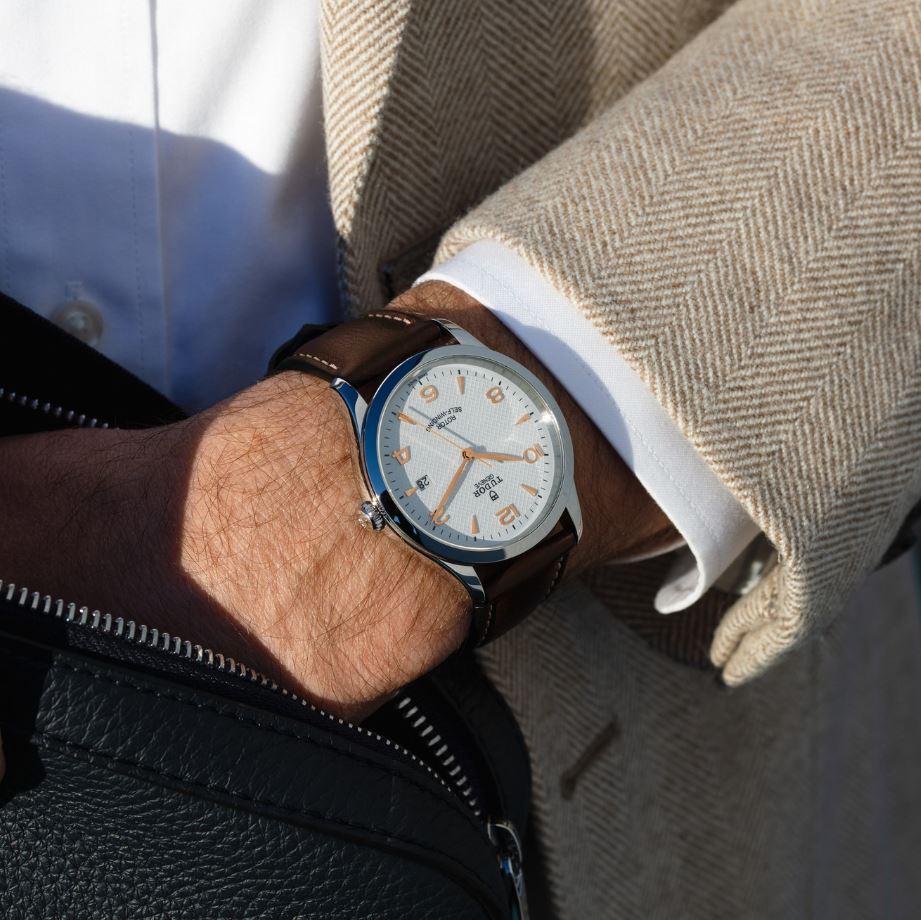 Overall, another consistent solid year of releases from Tudor. The venture into gold and silver were surprises and perhaps the brand’s attempt to stay true to its tagline #BornToDare. Whether it meets up to that is not for me to say, but I for one enjoyed these releases. Tudor’s new watches may not be the most revolutionary, but they are good looking watches that I would love to get hands-on with and perhaps someday own as well. 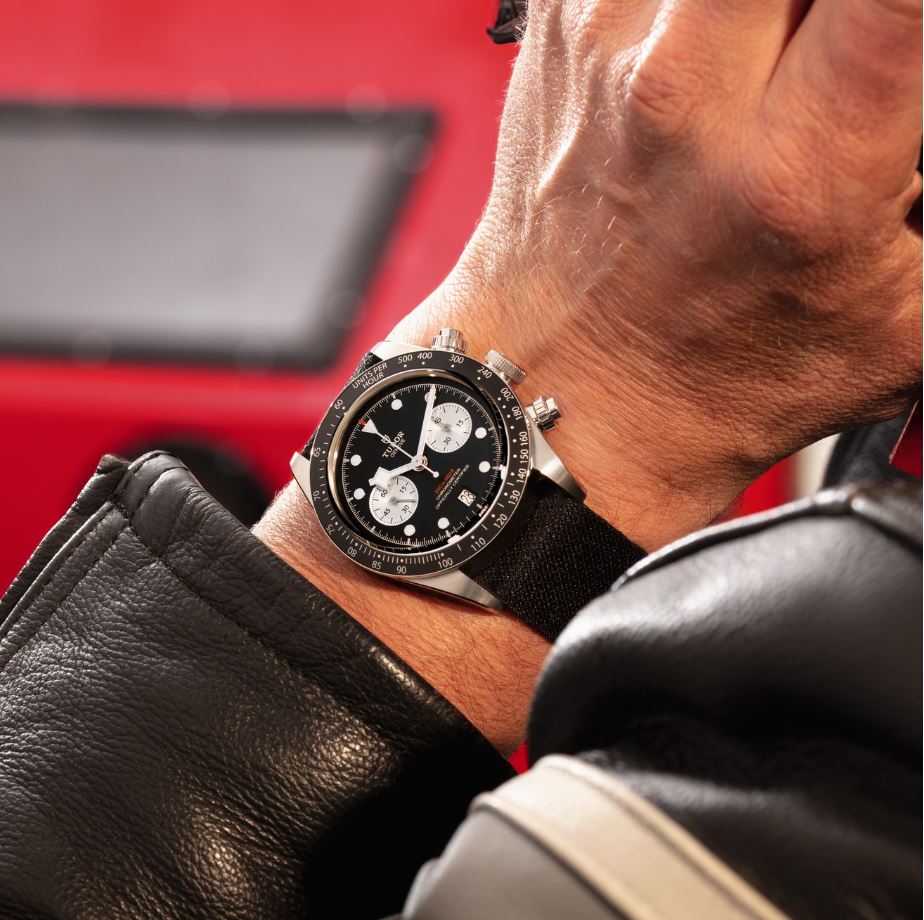