So you may have noticed a small launch from the good folks of Tudor today, but for us that is literally yesterdays news.

There is life beyond both Tudor and Switzerland and you don’t need to spend upwards of £3k to scratch that new watch itch, there are other blue bezeled watches available…..

So here is Mike Richmond from wristwatchreview.co.uk to bring us up to speed with the latest releases from independent and smaller brands.

It’s been a few months now since I last wrote about smaller watch brands for Scottish Watches. Covid-19 has put a real dampener on people’s spending power, and the lockdown in China led to many factories shutting for weeks. When they returned to action, a lot of them then focused on producing PPE or larger corporate orders. The virus has led to a real lull in the microbrand watch world which is only just beginning to pick up. So minor an inconvenience as a devastating global pandemic won’t halt the wheels of industry and commerce, so here are the highlights and lowlights of the last few weeks in microbrand watches. 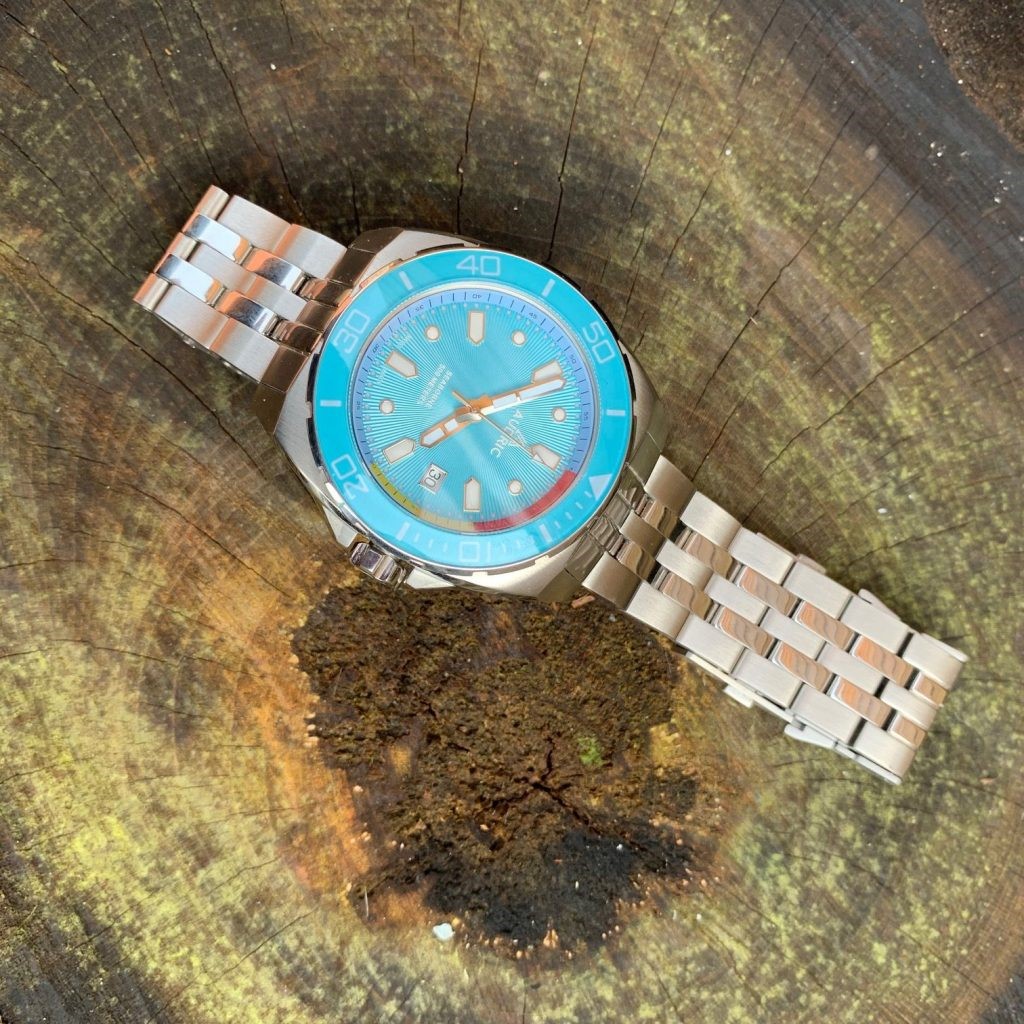 There are just under two weeks left to bag an AUDRIC Seaborne on Kickstarter at the early bird price point of £531. It’s a solidly-built 500m diver’s watch with some rather odd colour choices (I reviewed a pale blue pre-production sample). Still, if you stick with the conservative colours, you’ll get a decent, durable watch with a cracking textured dial and a sturdy Sellita SW-200 movement. The downside was the lack of micro-adjustment on the bracelet and a rather cheap-looking case back. Nevertheless, it represents a decent microbrand alternative to the big brands’ deep-sea diver models. You can read the full review here: https://wristwatchreview.co.uk/audric-seaborne-review 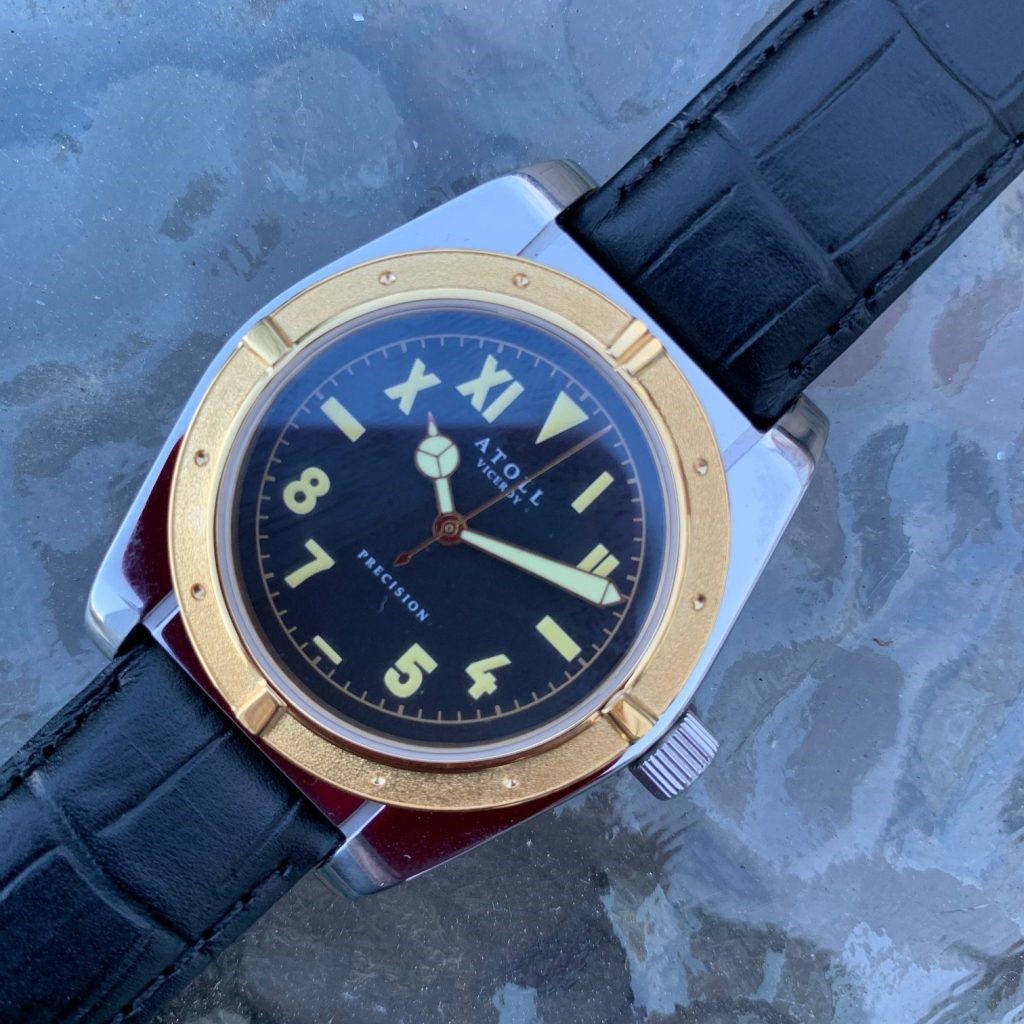 What is it with watch microbrands insisting on having their name in ALL CAPITALS? Another upper-case brand, ATOLL, has launched its first watch, the Viceroy, this week. Like many microbrands, it’s a bit of an acquired taste – but the beauty of Kickstarter is that it links buyers with manufacturers for the less popular designs. This one is based on the Rolex Bubbleback, which I admit I had never heard of, and I think I can see why it’s not one of their most-loved designs. There’s something about it that I admired – albeit in its all-silver configuration – and full marks to ATOLL for cramming the automatic movement into a case that is just 9.8mm thick. I often say, with these smaller watch brands, you will have already decided if you like the look of it or not and all I can really do in a review is tell you if it is well-built and worth the asking price. Both of these statements are true for the ATOLL Viceroy precision. Click here to read my full review. 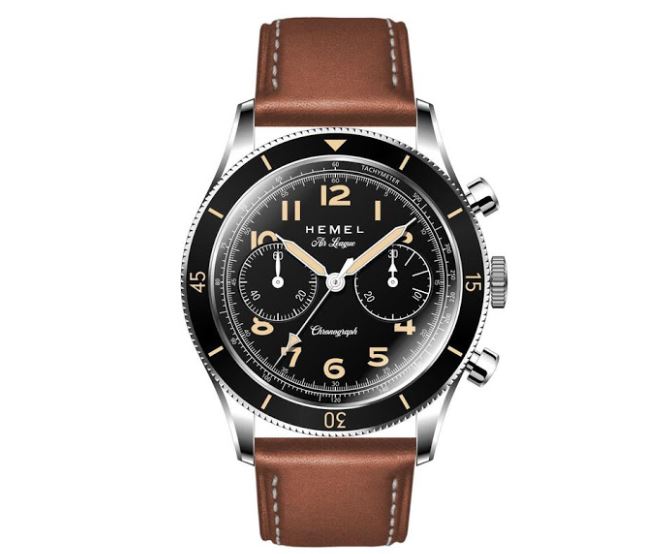 Aviation watches regularly fill most of the “most viewed” slots on wristwatchreview.co.uk. Hemel has launched a new version of its flight watch in conjunction with the League of Watch Microbrands Facebook group. It is relatively conservative by microbrand standards, and in this case, that’s a good thing. For your $300 you get a great-looking chronograph with a Seagull ST-19 mechanical movement – and you can upgrade to a Swiss alternative if you prefer. I’m a fan of the ST-19. It’s Chinese-made, based on an old Swiss design, and cheap enough to replace if it breaks down. You can find out more and order this watch through the League of Watch Microbrands Facebook Group.

That’s it for now; keep your eye on Wristwatch Review UK for regular hands-on reviews from the smaller brands. I’ll be back in a few weeks to bring you up to date with the latest microbrand watch news and reviews.