A review of one of the most sought after watches of the last few years and how one joined my collection.

I started seriously taking an interest in watches in the summer of 2018. Since my teenage years I
had always wore a wristwatch of some form, mostly quartz or digital and from what would be
referred to as fashion brands, Fossil, Armani etc. 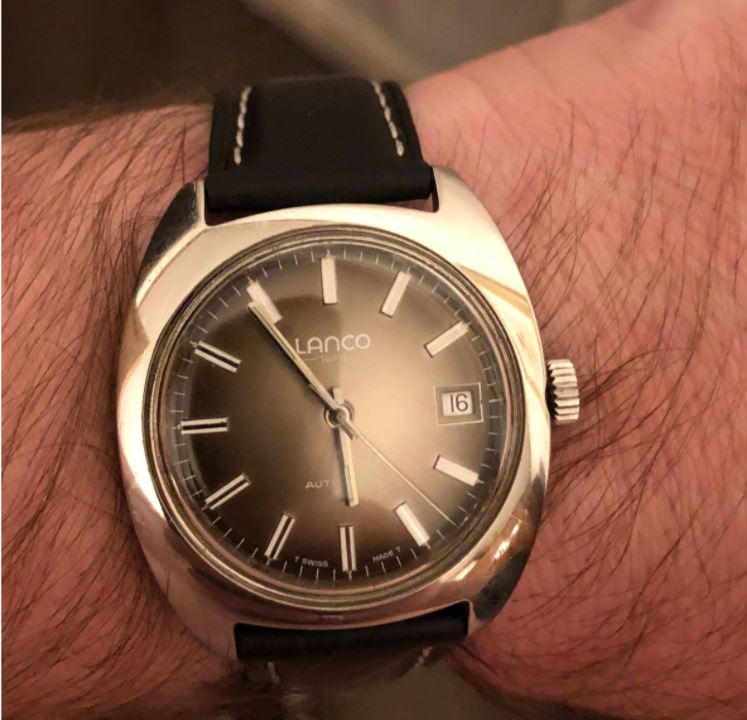 What changed in the summer of 2018 was my Mum mentioned that there was a plastic bag of my Dads old watches in a drawer and that it had been there for years. In this bag was mostly broken quartz and mechanical watches, but amongst them was an old looking Seiko and my Dad’s watch he wore for as long as I can remember, a Lanco.

Over the next few months I tried to find out as much as I could on these watches on the internet and by watching videos on YouTube. Many of you will know what happened next. After aiming to do a bit of research on my Dad’s watches, I found myself drawn into something which has since turned into an addiction.

During that summer of 2018 I kept coming across this simple looking watch which everyone was
raving about. Apparently it was a star at the recent Baselworld, whatever that was. It was the
most perfect watch created, blah blah blah. 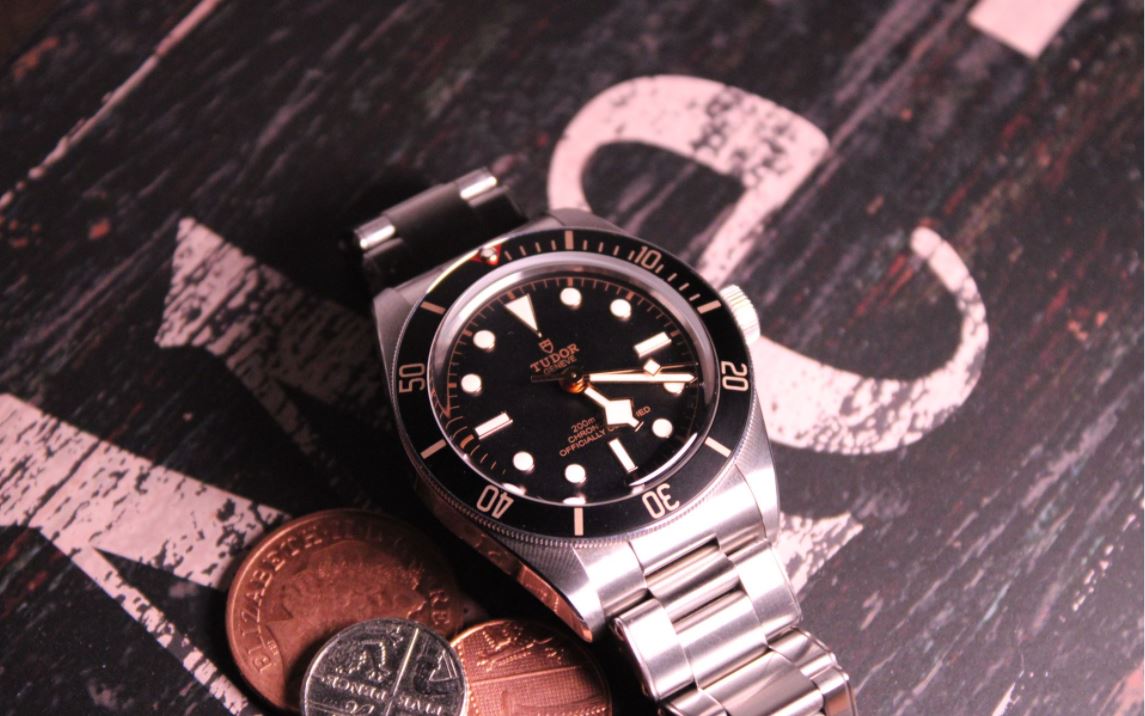 Initially I thought yes, nice looking watch. But two and a half grand for a stainless steel watch from a brand I had never heard of was madness.

Little did I know.

By the end of 2018 I had watched every YouTube review of this thing and it was eating away at me. But this little watch was one of the most sought after watches and if you wanted one you had to go on a waiting list. Waiting list, for a watch?? Are they taking the you know what? If they don’t want my £2,300 (I would have haggled for a discount) they can shove it where the sun don’t shine.

Again little did I know.

Roll on to August 2020. The world is a very strange place and we have been out of a pandemic lockdown for a couple of months. This means my wife can take me shopping. By this time I am well into the grips of this watch collecting hobby. I had purchased my first luxury Swiss watch 12 months previous ( which I will do a review on ). Oh yes, this is a review, not my life story by the way. And as us watch people do when shopping with our better half’s, we take a look in the jewellers window to see what they have in. This is usually followed by “come away from there, haven’t you got enough watches”. They just don’t understand. However on this occasion something was different, there it was, something I had only ever seen on the internet, or on somebody else’s wrist at the Redbar, Manchester meet ups. It was the mythical Tudor Blackbay 58 on the stainless steel bracelet, and it was there to buy. So what happened next? I called over to my wife and said “look at this, it’s the one I have been telling you about”. She said “ that’s nice, it’s a watch” and we headed off to Primark. Half way over the Trafford Centre bridge heading to Primark a strange thing happened. 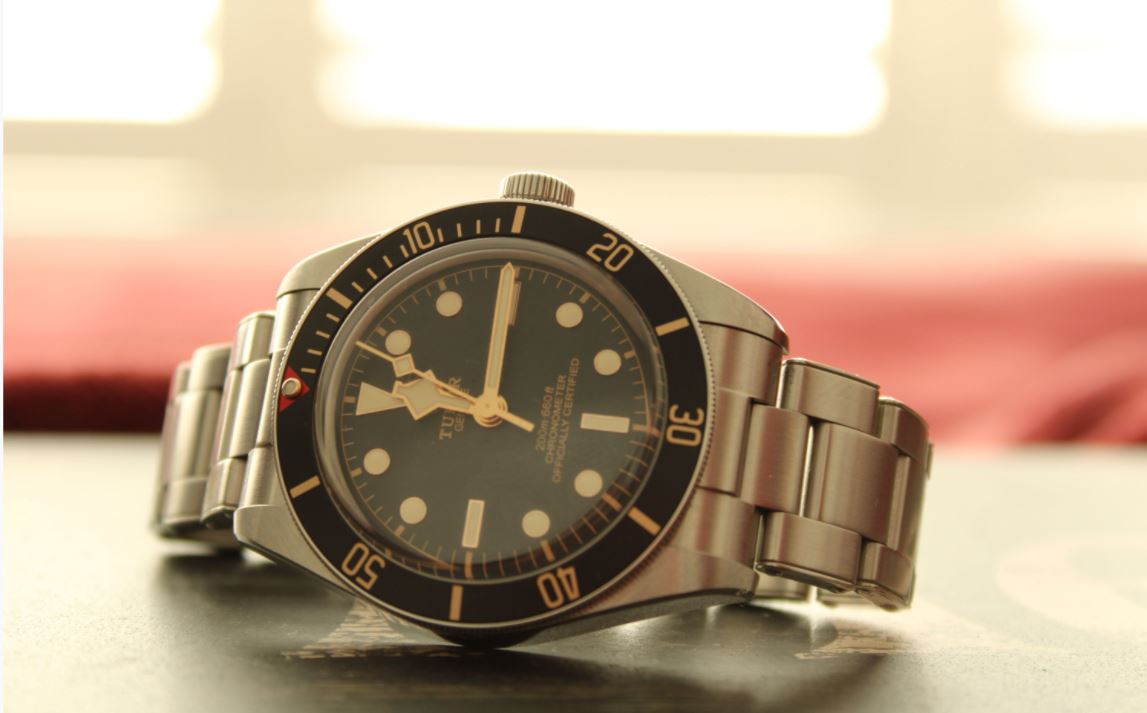 My wife stopped and said “you really like that watch don’t you. Get it if you want, but that’s
the last one”. I didn’t need asking twice. I turned to head back to Goldsmiths and was stopped in
my tracks. “We’ll go to Primark first, were nearly there” she said. My heart sank. “But someone
might buy it”. “Go on then” she said. I have never walked so fast though the Trafford Centre
before, following the one way system and social distancing obviously. I wanted to take one last look in the window to make sure it was still there before going in.

There was a couple stood looking at the Tudor watches and they joined the queue just before me to get in the store. I had blown my chance. I waited behind them. They were greeted by a sales assistant, asked to enter and sanitise and take a seat. Just as they sat down I got my chance. I was invited in, but before I had even had chance to sanitise my hands I asked anxiously “the Blackbay 58 in the window?” to the startled sales assistant. She sat me down, calmed me down and went to the window to retrieve the said watch.

Now I take no pleasure in this, and apologise to this person if they ever read this, but as the assistant sat down with this piece of watch perfection and handed it to me, she pointed out that another sales assistant stood behind me was on the phone to someone trying to reserve the watch so they could pick it up later that day. 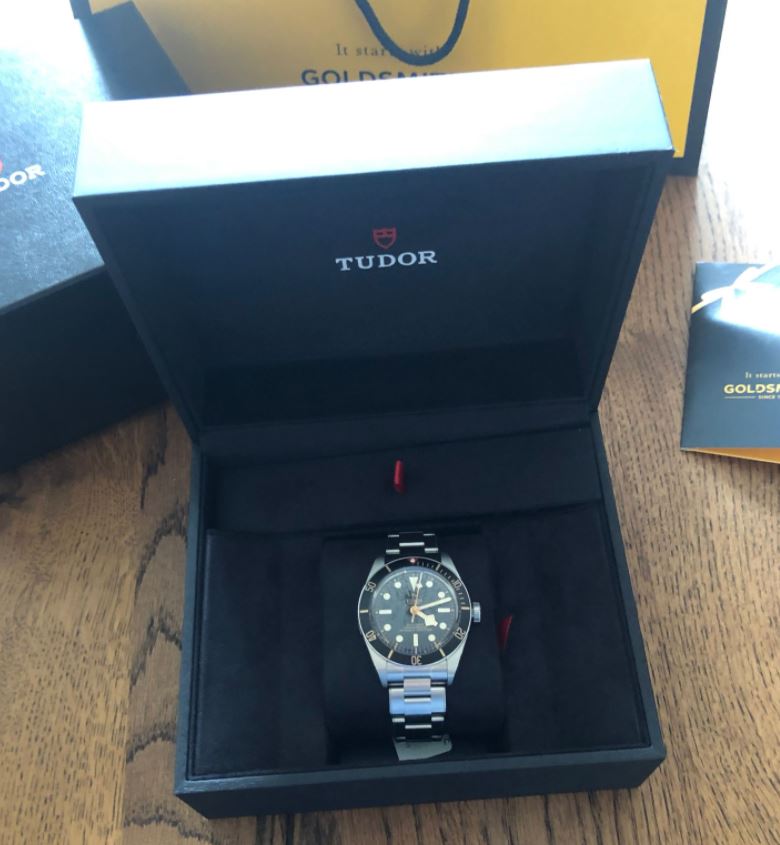 So there you go, that’s how I came to be in possession of this piece.

Now back to the review.

It’s 39mm, vintage looks, in house movement, some link with another Swiss brand and no one likes the fake rivets apparently.

“It’s a cracker and I love it”

Thanks for reading this review and I hope you found it useful. Looking forward to the next one. 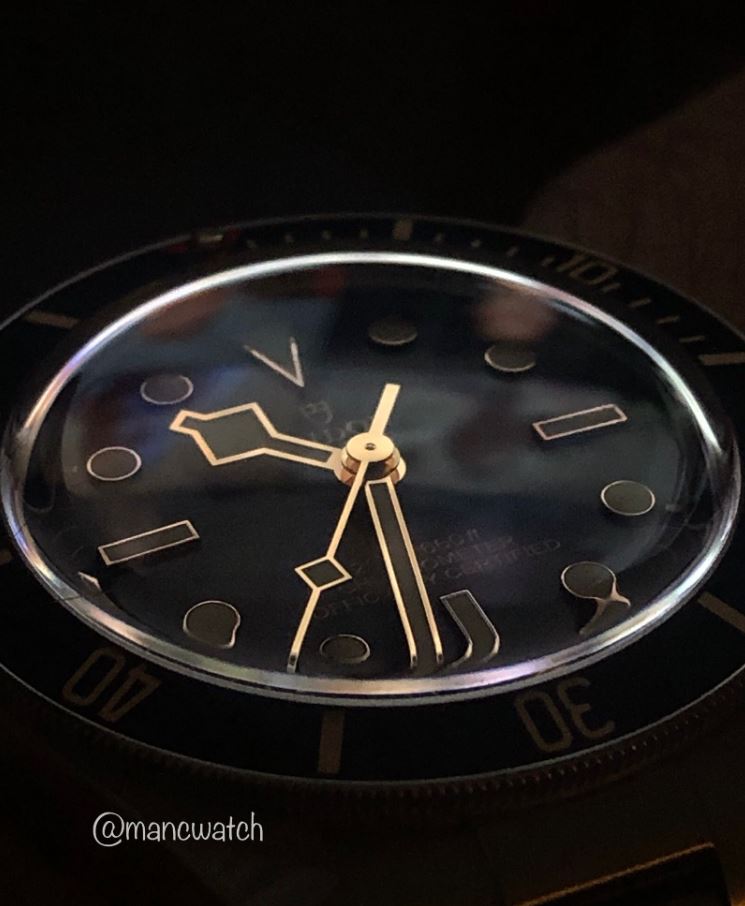 I am a fairly new to this hobby of watch collecting. Although I have always had a interest watches I never realised how much they can take over your life. Over the past couple of years I have been getting deeper into the hobby and enjoy connecting with fellow collectors from all corners of the world on Instagram and at watch collector’s meet-ups. Somehow most of my collection has ended up consisting of black dial divers. Guess if that’s what grabs your attention that’s what you collect. Like a lot of us in this hobby I seem to have accidentally developed an interest in photography. This is going to be expensive 😬😂.