Mechanical or Quartz… A question which plagues the minds of watch enthusiasts every time they consider adding a new piece to their collection. But, what if I told you there was a third option that is completely overlooked due to its relatively short lifespan. 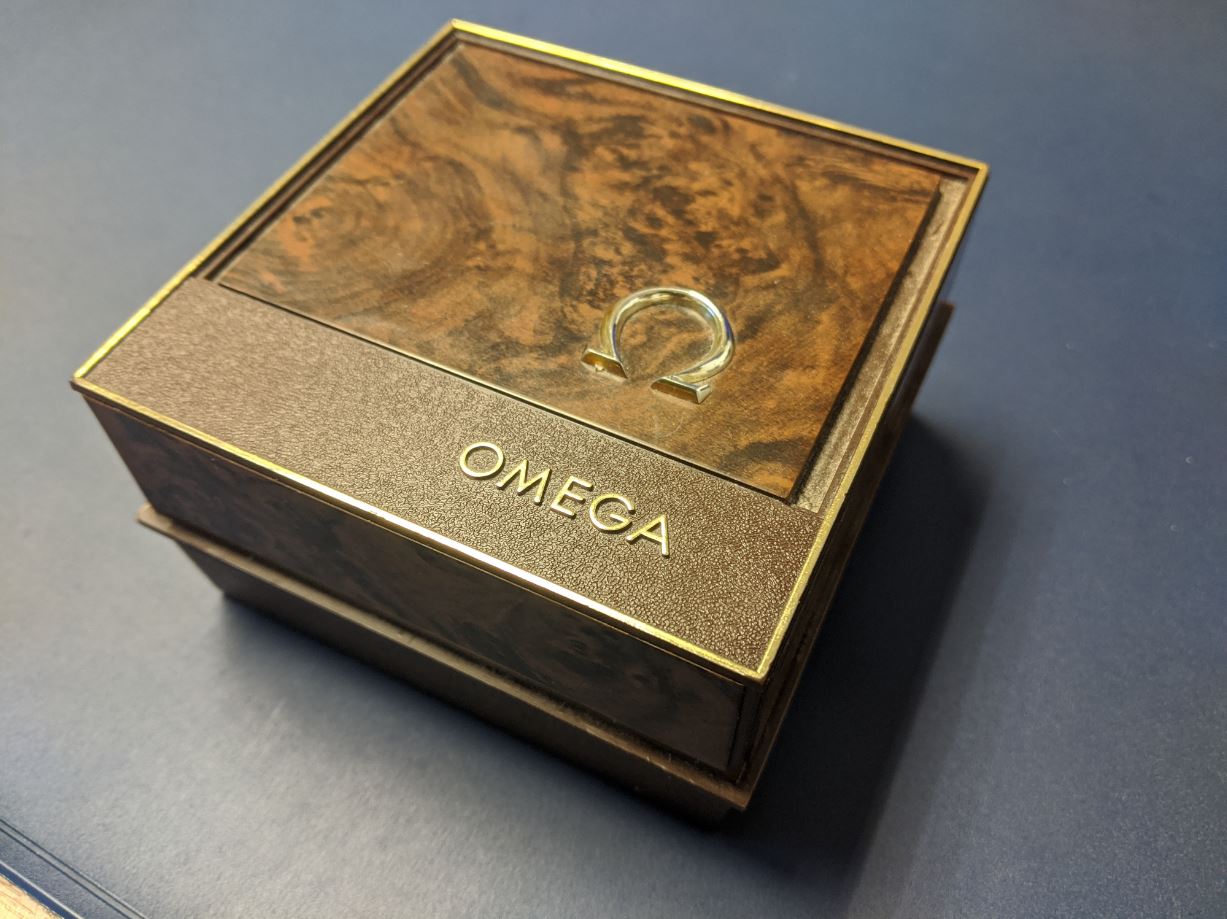 In the early 1970’s revolutionary and futuristic quartz watches flooded the market and nearly wiped out over 200 years of horological legacy. The Swiss giants however weren’t going to take this lying down.

Enter Bulova. This company with a rich heritage (dating back to 1875) had patented a revolutionary design 10 years earlier in 1960. This electronic movement, known as the Accutron, used a 360 Hz tuning fork instead of a balance wheel as the timekeeping element. 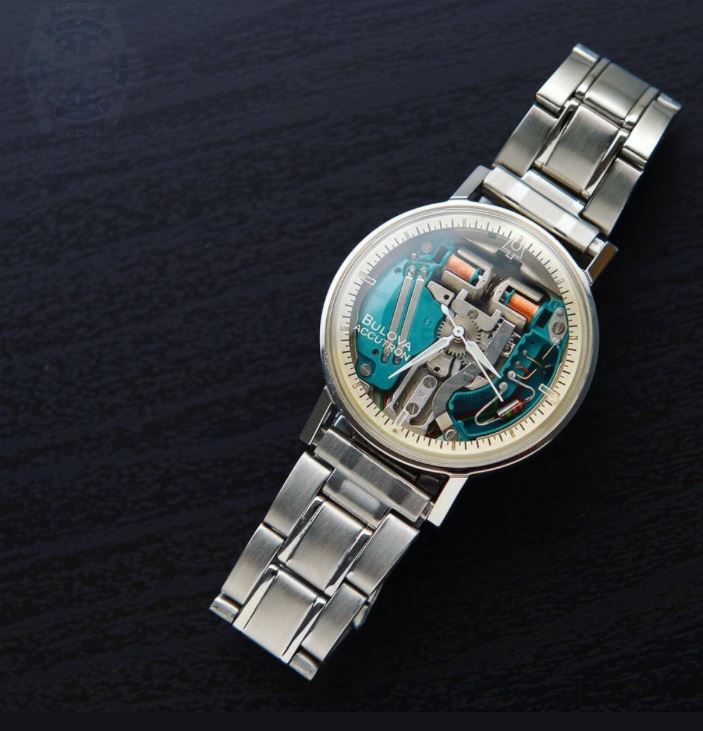 To give you some context, the sweeping second hand in the average Rolex Submariner operates at around 4hz. This gives you an idea of just how impressive this Accutron movement really is.

The Swiss giants then began producing their own electronic watches using a mix of the patented Bulova movement (seen in most Omega models) as well as the ESA electronic movements which were used by Longines and many other brands.

Omega began offering electronic versions of all their flagship models (Seamaster, DeVille, Geneve, Constellation) and saw some success. This in part was due to the relatively low cost of entry for one of these watches often finished in Stainless Steel, Solid 18K Gold or 18K Gold plating. 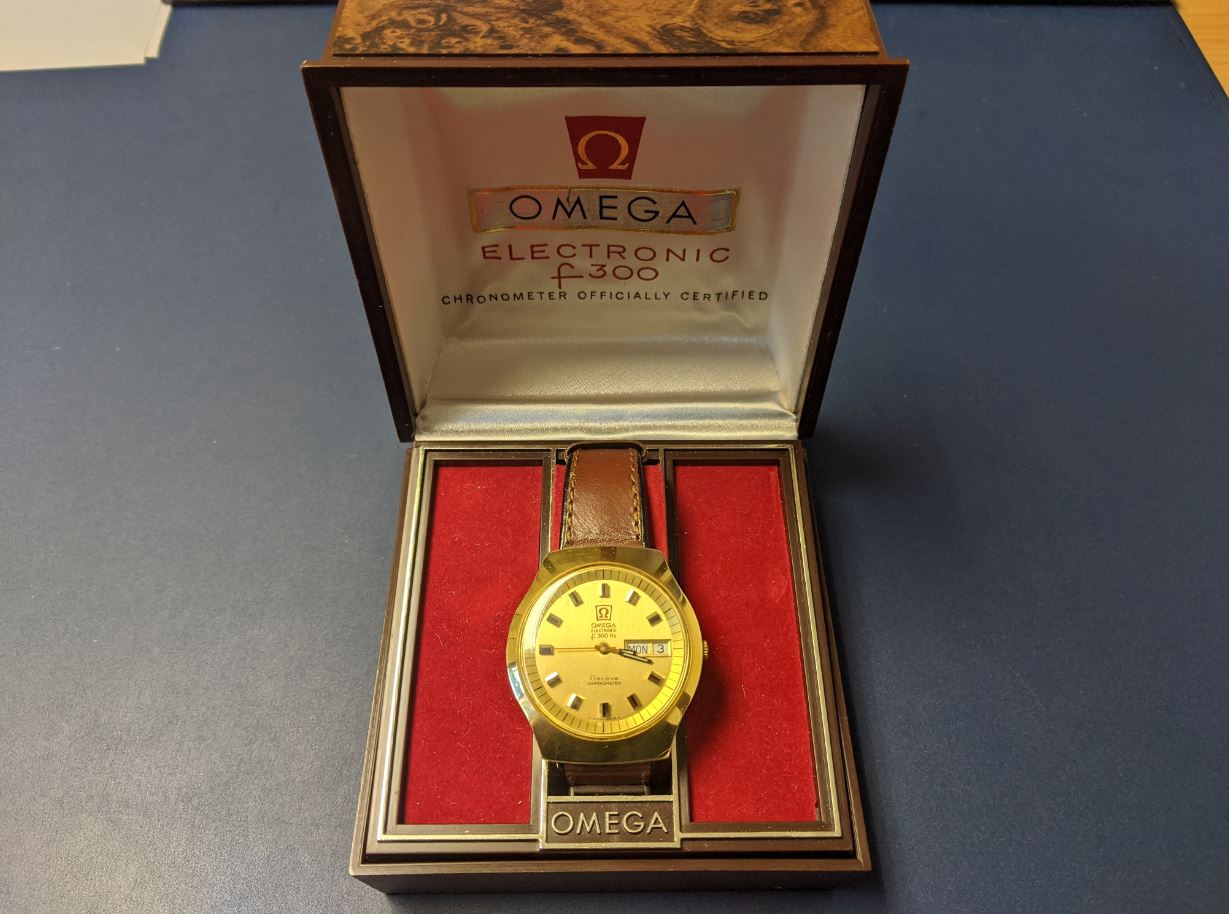 The Genève model (of which I am now a proud owner) was the first model produced and saw the most radical design of the range. The “Lugless”, ellipse shaped case was deemed a breakthrough at the time and was unlike anything else on the market. Omega then went a step further and had the Genève undergo Chronometer certification which saw the watches put through a gruelling 13 day accuracy test. 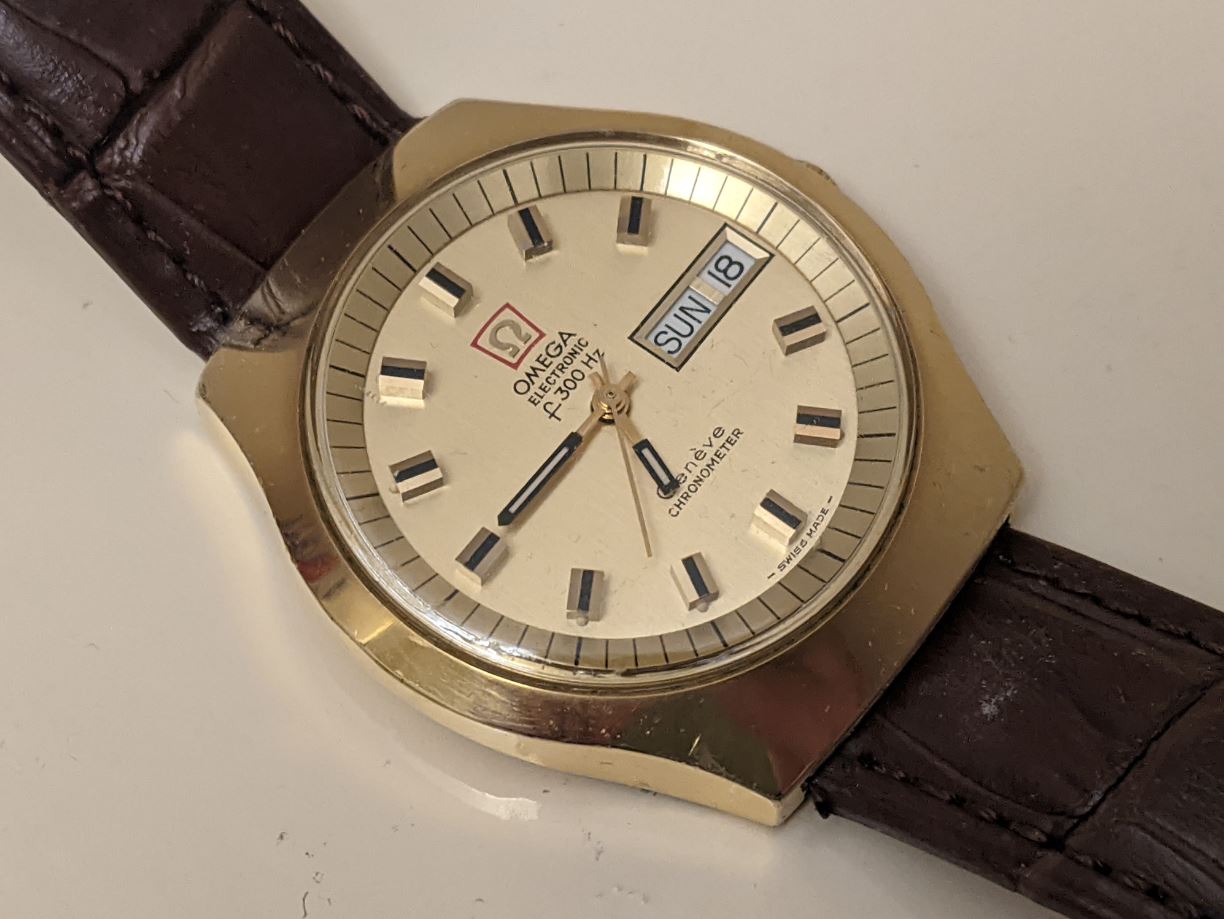 I was drawn to these watches after doing lots of research on my favourite forums. I had been after a new watch for my collection for some time but wanted to make sure the next addition to my growing collection was of some historical significance.

I began my hunt (as usual) checking Ebay. I always find it gives you the best view of the market. I did however, conclude my deal with an Australian Dealer via Chrono24. 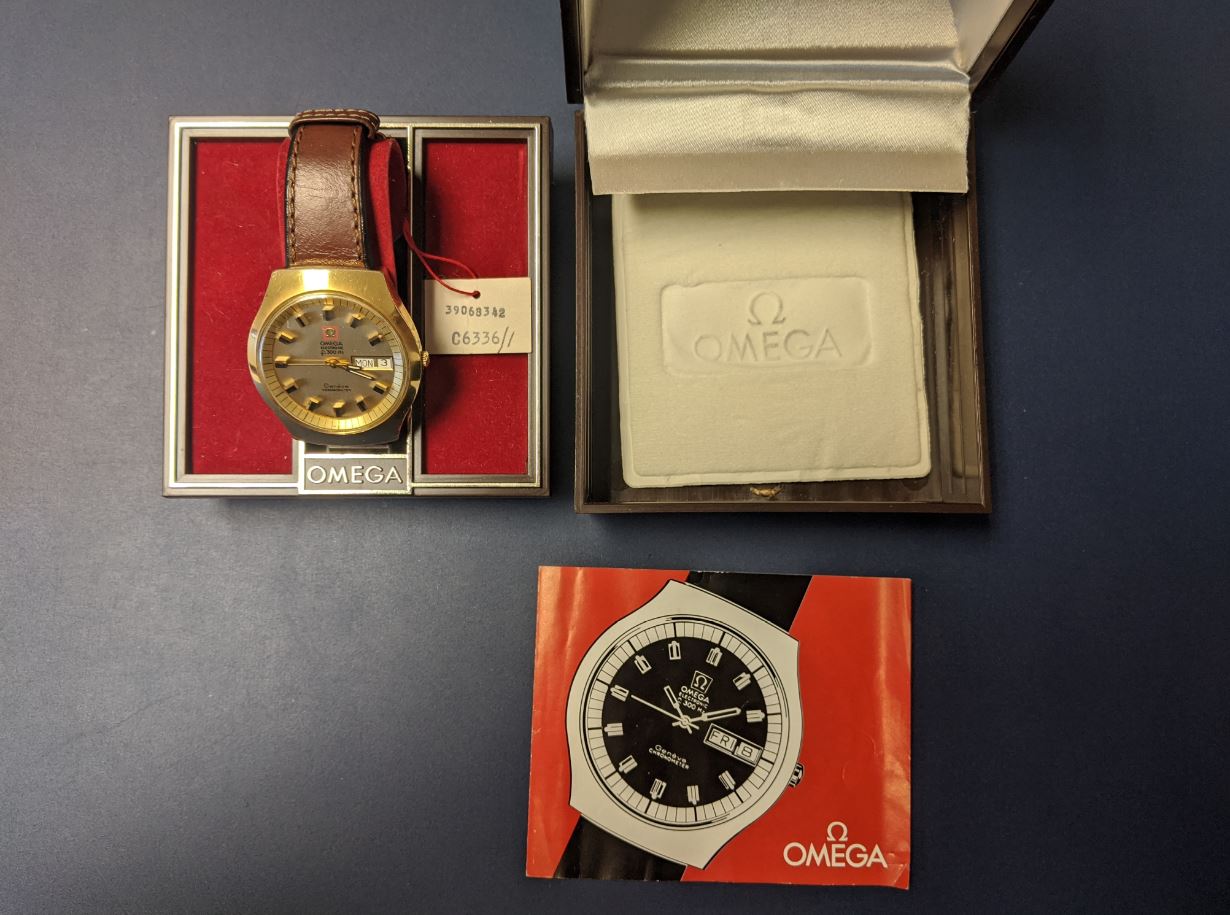 This was one of my first international purchases so some advice I would give is to remember there will be Customs fees to pay on arrival (I had forgotten about this fact until I received an invoice from the shipping company for £58).

Having only paid around £250, plus a service by a specialist (£110) I was thrilled with it. The quality of these watches is incredible given their retail value. Having owned and worn this as my daily piece for over a year I find it to be a versatile watch. It works with my business attire as well as more casual outfits and garners some interest from those who notice it.

While the 18k Yellow Gold finish may not be to everyone’s taste, for me it is unapologetically 70’s and I love it! 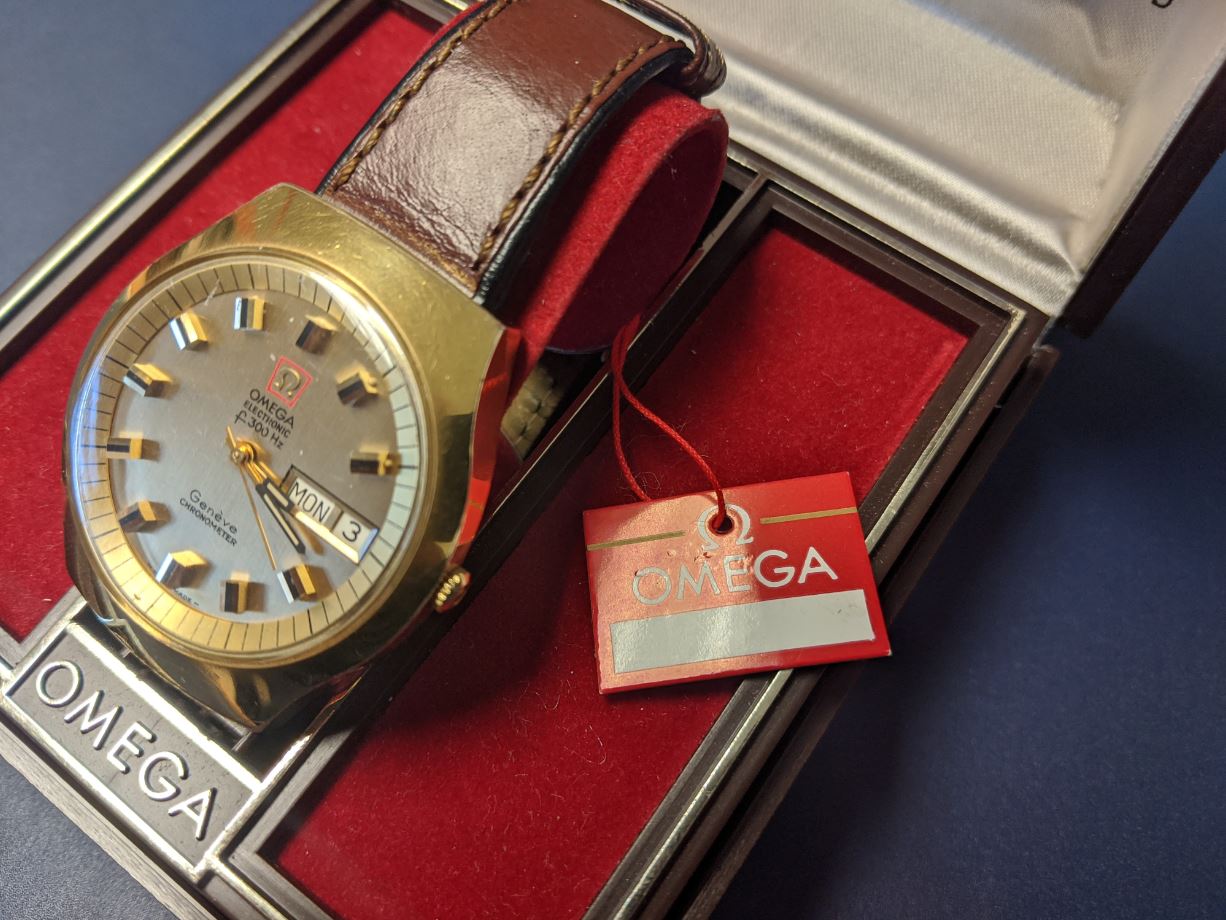 Bulova recently announced they are bringing the Accutron range back, this would suggest that used market for these vintage pieces could begin to soar as people begin to snap up these cheaper alternatives instead of paying the hefty retail figures on the new pieces. 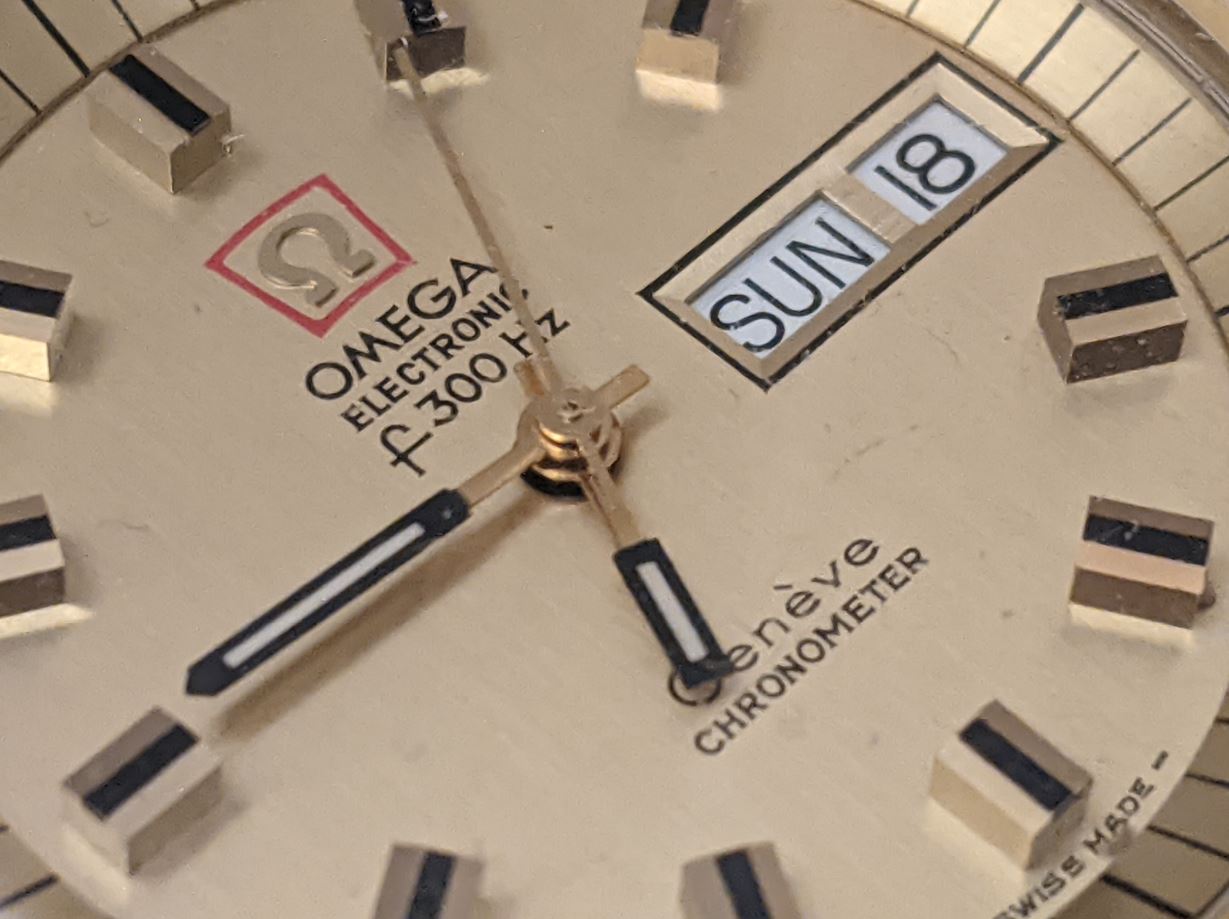 If you are considering making a purchase I would recommend getting booked in for service for your own peace of mind. There are still several forums who have a dedicated directory for service agents wanting to keep these watches going.

The most common faults found amongst collectors are:

The Pivot and date wheel issues are usually linked, these are most commonly caused when someone tries to change the date between the hours of 9pm and 3am.

Coil damage is often caused by clumsy battery changes where a screwdriver or similar instrument grazes the coils that control the electromagnets.

So why not try something a bit different, you never know it might become your daily wearer too. 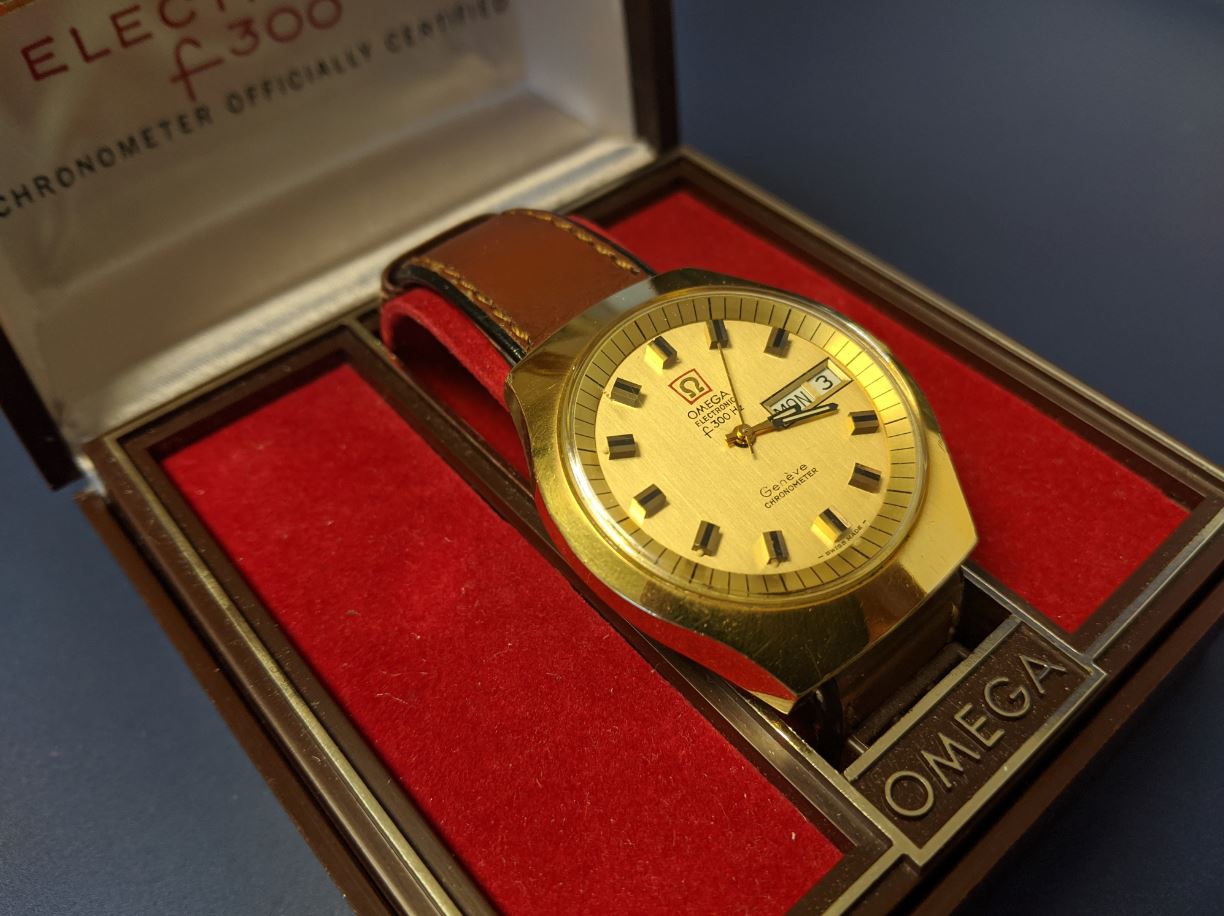