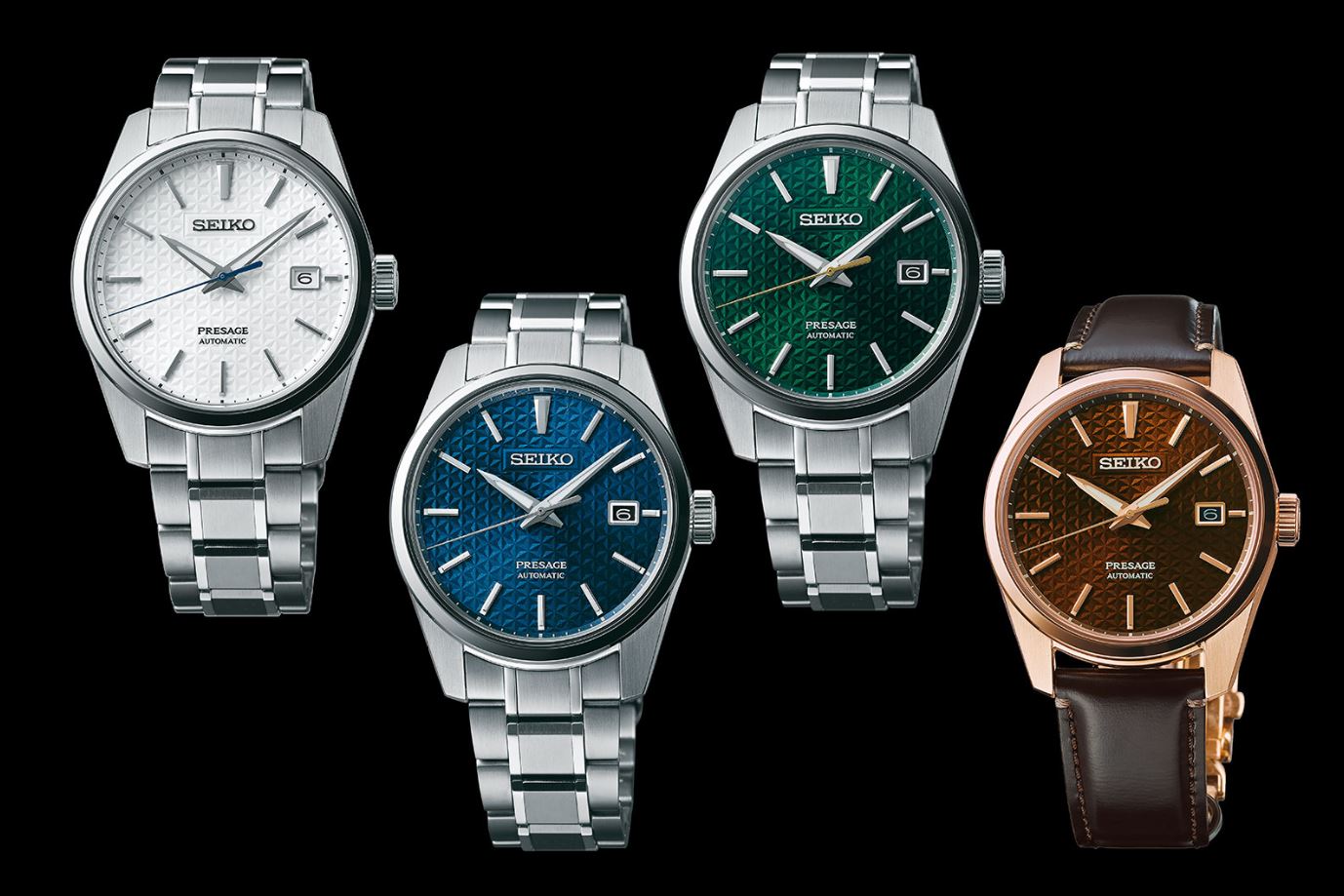 Seiko has just released its Seiko Presage Sharp Edged Series, i.e. the SPB165, SPB167, SPB169 and SPB170. It is telling of Seiko’s brand image when a common reaction to its higher priced models is often, “how much for a Seiko?”. But the brand has worked hard in this past year to shake that perception. Questionable pricing strategies of the top tier line of Seiko’s Presage line-up aside, Seiko’s development of its SPB offerings continue to give us compelling reasons why we should no longer dismissive of Seikos that cost upwards of US$1,000. These new releases take that progress a step further. 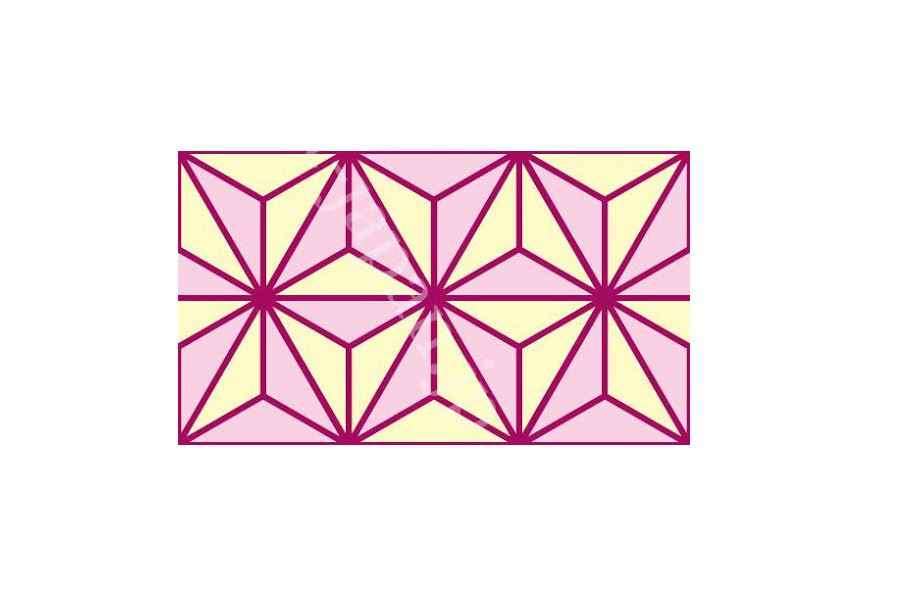 The first thing that grabs the attention in this new series is undoubtedly the dial, and for good reason. It features a Japanese Asanoha or hemp leaf pattern which is something that has very intricate ties with the Japanese culture. Historically, hemp was something of cotton’s predecessor and used in anything from clothes and sandals, to fishing lines and packaging ropes. Over time, cotton replaced it as the fibre of choice for cloth making because of innovations in automated production methods. In contrast, hemp was very labour intensive to cultivate and harvest, and therefore became the cloth of choice for the upper class and wealthy. Following the second World War, when the Allied Forces occupied much of Japan to help rebuild the nation, the growth and cultivation of hemp became heavily restricted because it was a type of Cannabis plant. While hemp did not contain sufficient levels of tetrahydrocannabinol (THC) i.e. the compound that gets people high, it was still restricted as one and so in a very short span of time, it became greatly sidelined as a clothing material of choice. Despite this, it still bore symbolic significance because of its heavy presence in the Shinto religion. This was particularly because it was held as a symbol of both purity and fertility. As such the the hemp leaf pattern has become a commonly used motif in Japanese design and is also often used on infants clothing to bring good health, growth and ward off evil. 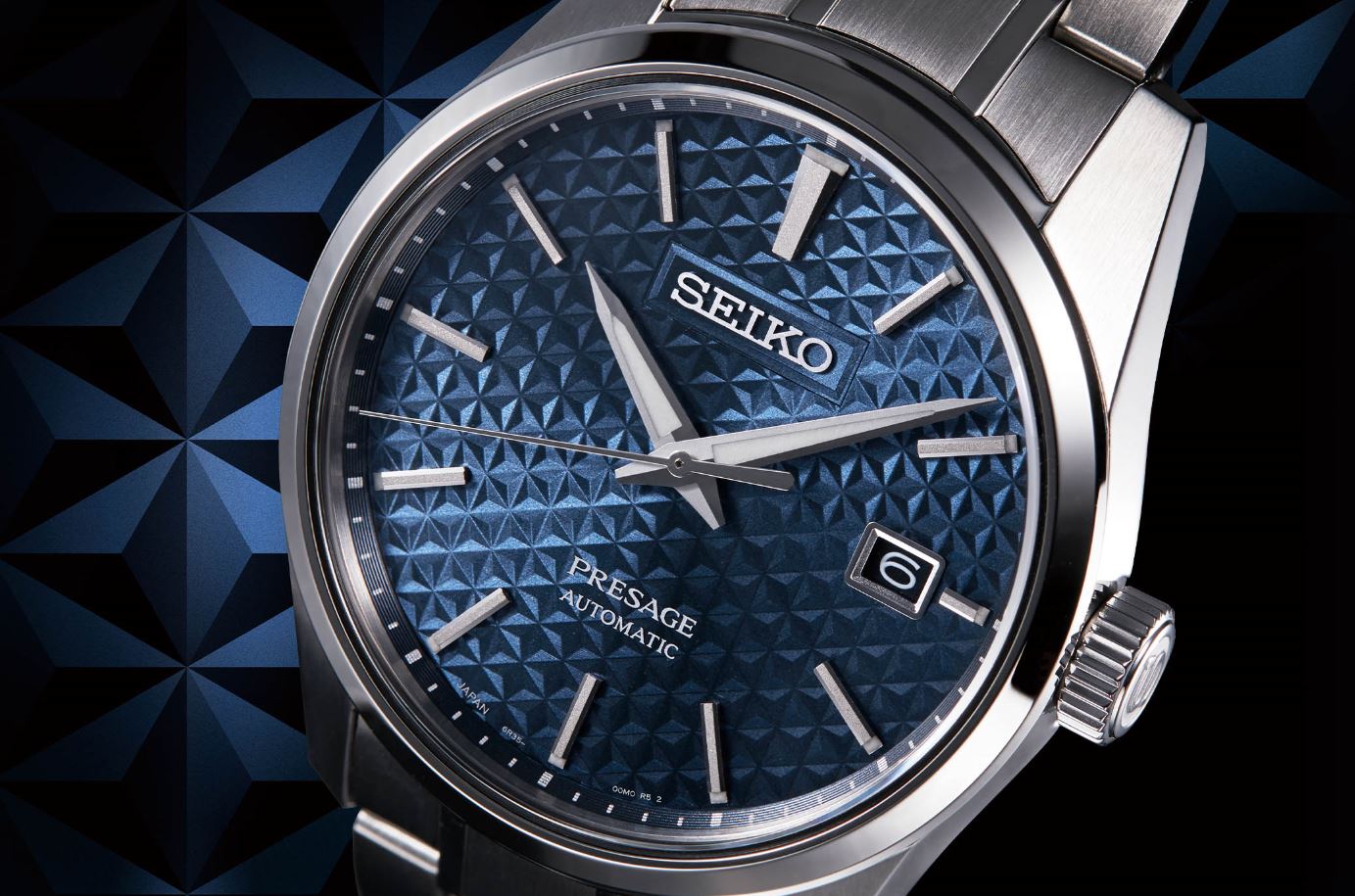 Seiko has now adopted this design choice onto the dials of its latest Sharp Edged Series. It is an interesting design choice if for nothing else because textured dials reminiscent of nature has always been more of Grand Seiko schtick. Though people may point to the Cocktail series that has the Irish Coffee dial on the SRPE11, or the Sakura Hubuki dial on the SRPC03, those are more the exception to the rule and most of Seiko’s textured dials have been, well more common, and less nature inspired. The fact that these dials has now made its way onto the SPB line indicates that Grand Seiko and Seiko are increasingly doing their own thing, with the lines between the two brands becoming ever more blur. I for one would be very interested to check these out in person to see if the finishing on these dials are as sharp (no pun intented) as we expect them to be if they had been on a Grand Seiko model. My guess is that they will be. In total, there are 4 variants, differentiated primarily by the dial colours. There is the Aitetsu (indigo iron or blue), Shironeri (unbleached silky white), Tokiwa (evergreen trees green) and Susutake (brown smoked bamboo). Solely based off the pictures on Seiko’s website, the coloured dials will probably be more eye catching because of the way the light plays with the patterned dial and casts flattering shadows that draws you in. The white dial in contrast seems to look a little flatter though these are definitely watches that have to be seen in person to tell for sure. 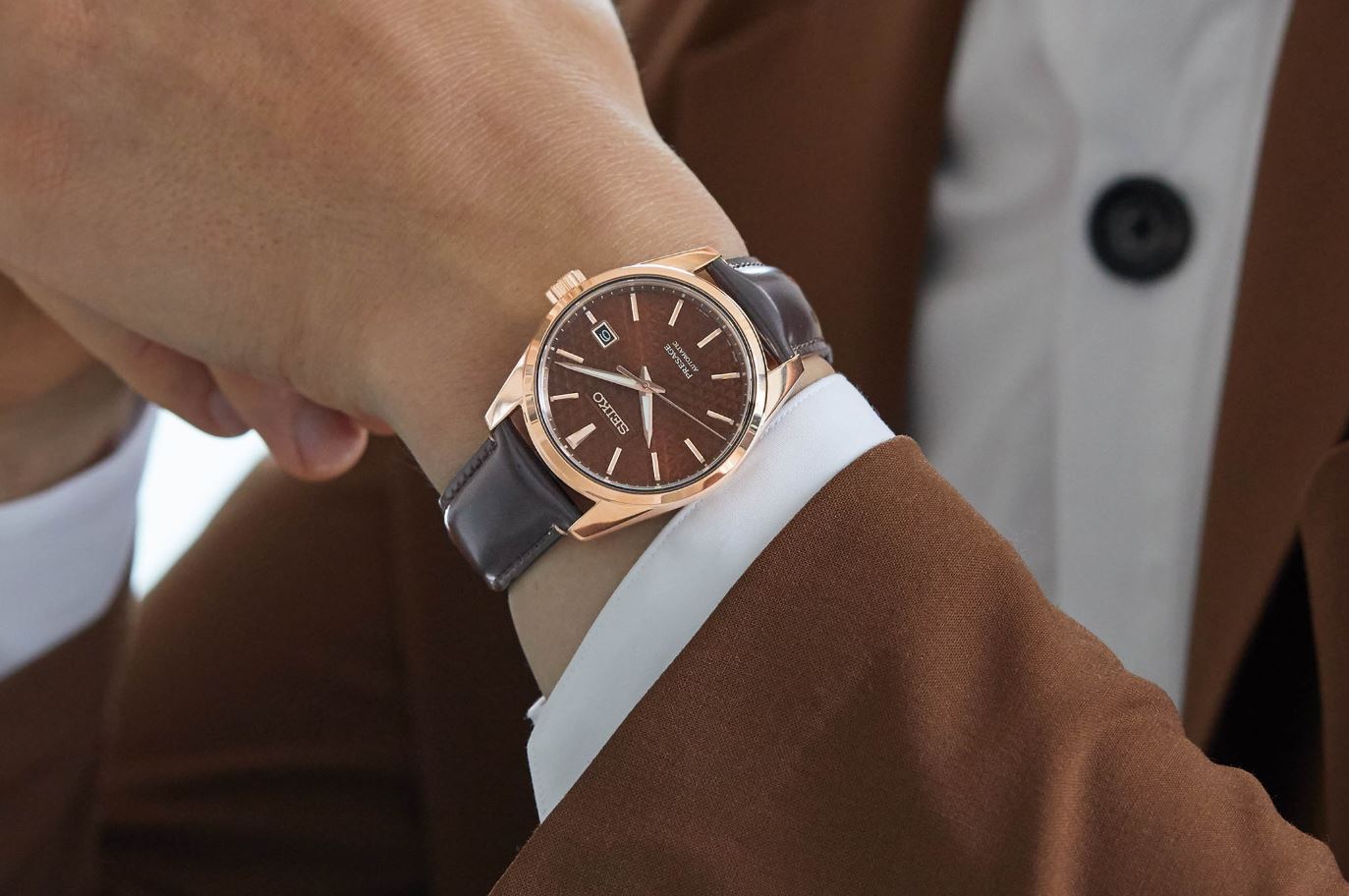 While one may be forgiven for thinking that the series name “Sharp Edge” was derived from the Japanese Asanoha pattern on the dial, the name actually stems from the fact that the watch case is this series is far sharper in design. The surfaces on the watch case are flatter than anything in the Presage Cocktail series and meet adjoining surfaces at sharp angles. This allows for the watch overall to play better to the light and should make for a more engaging watch overall. Like the dials, this concept is rather reminiscent of the 44GS case in Grand Seiko models though nobody would have any trouble differentiating the two. 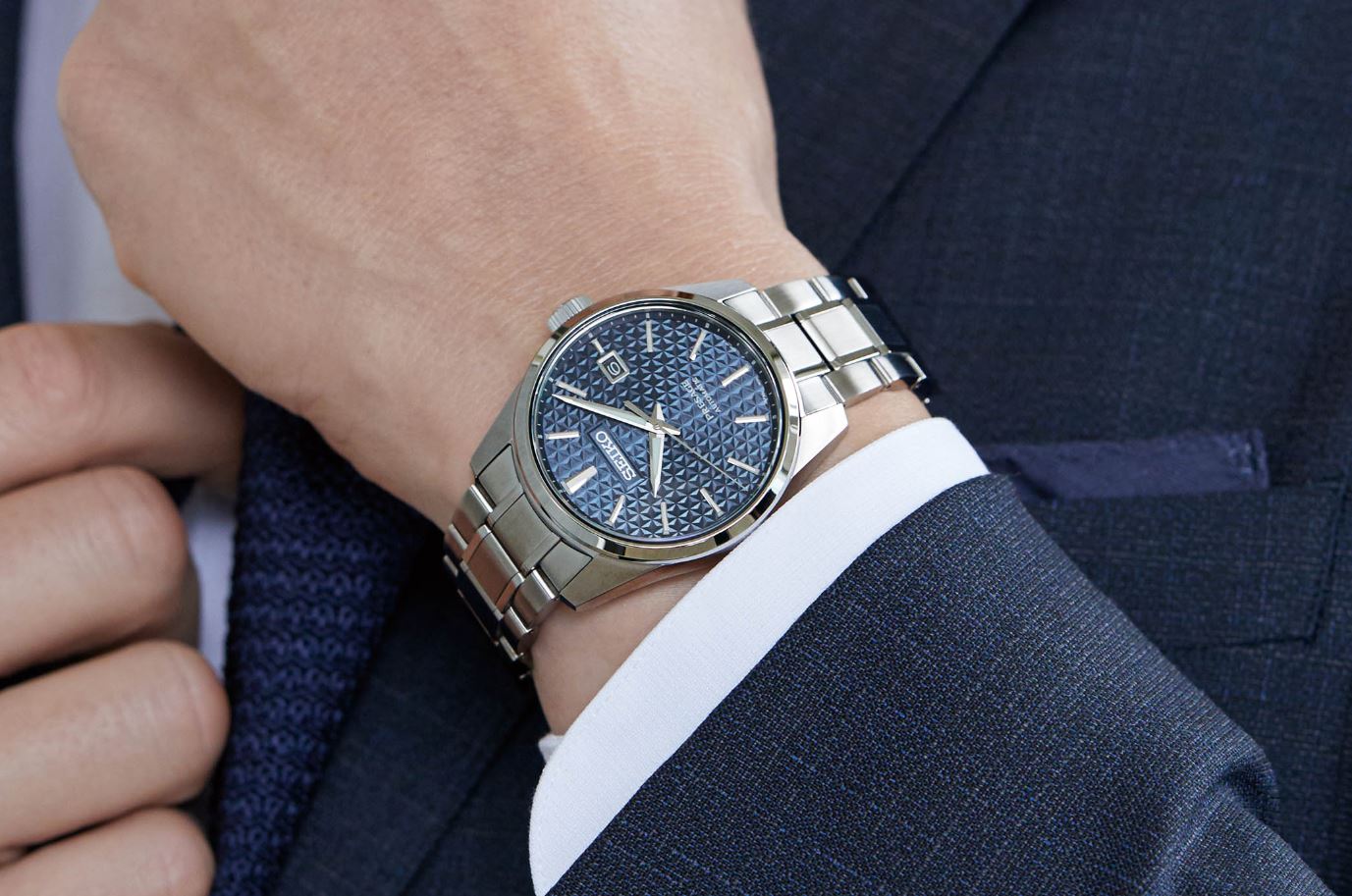 The overall proportions on the case are where this series of watches deviate from what may be commonly found in Grand Seiko’s line-up. In fact, it also deviates from the majority of what is currently found in Seiko’s Presage line-up. Where most of the Presage collection comes in around 40mm to 41mm, these are 39.3mm. While 0.7mm may not seem like much to anyone but Rolex’s fans, when take with the thinner case profile of 11.1mm vs the usual 12.4mm, and a lug-to-lug length of 47.2mm, this series of watches would make for a more compact more elegant presence on the wrist. As a fan of smaller watches in general, the fact that many of Seiko’s releases this year like the SPB14X series, the new Cocktail series, and the latest new compass free Alpinists are smaller watches is pleasantly surprising to me given the sizes we have become accustomed to. This is especially when other big brands (looking at you Rolex) seem to be increasing their sizes. 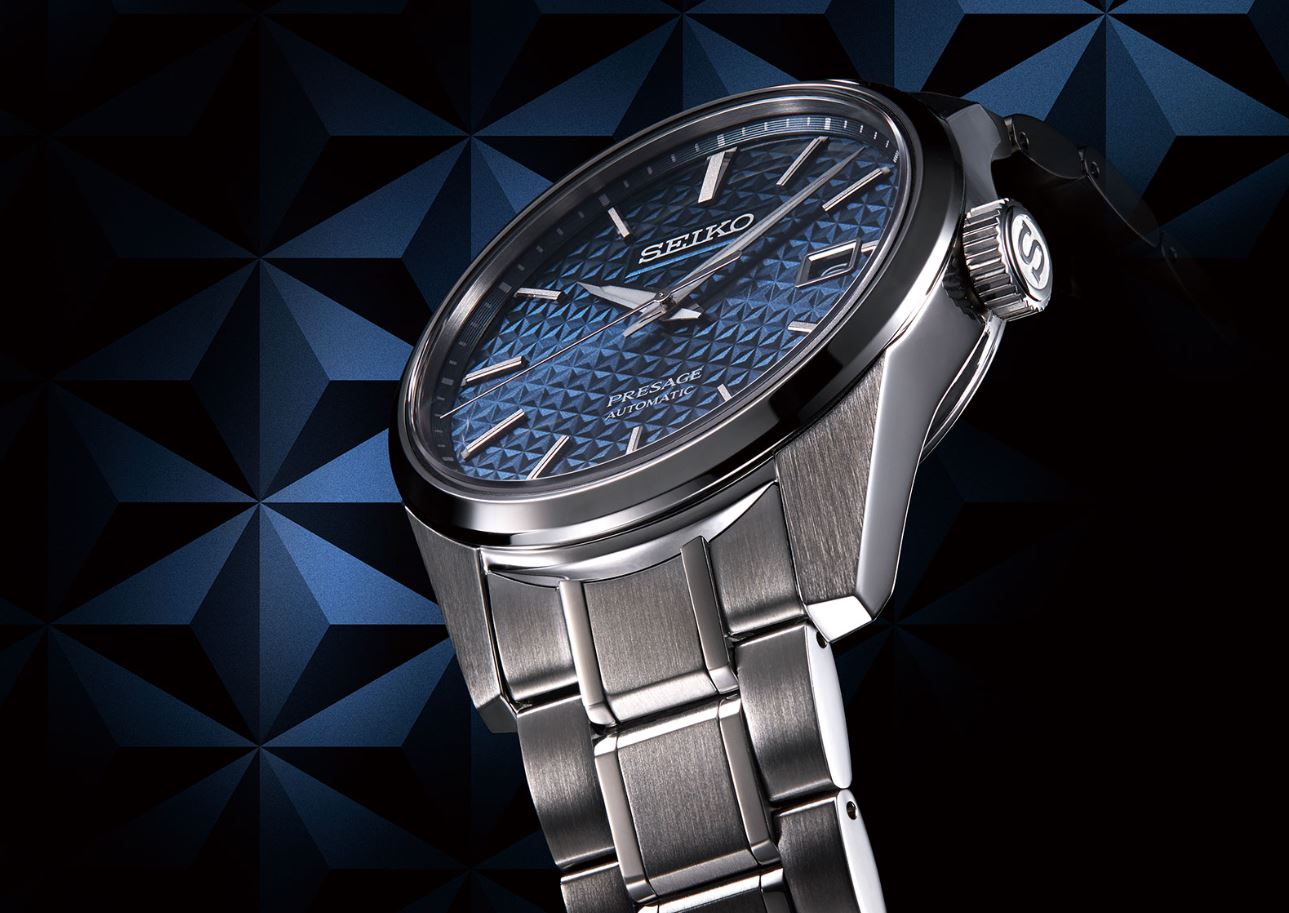 For those still unconvinced that the dial and slimmer case profile (something Grand Seiko still struggles with) qualifies this watch as a more luxurious offering, this series also comes with a sapphire crystal, 100m water resistance, lume on both the hands and indices which is not commonly found on Seiko Presage pieces, and a see-through case back through which you may enjoy the 6R35 movement. This movement is Seiko’s new 70-hour power reserve movement that replaced the previously tried and tested 6R15 movement. It is disappointing though, that Seiko did not upgrade the accuracy of the movement which is still +25s/-15s a day. I acknowledge that many will point to the fact that in reality, these movements tend to run far more accurately then their specs may suggest. However, given Seiko’s attempt to push up market with these watches, I would expect much tighter tolerances. At the very least, it should be at COSC standards. If a brand like Nodus, watches are cheaper, can regulate their movements to a +/- 8 seconds per day accuracy, there should be no excuse for an giant conglomerate like Seiko. Still, in practical wearing experience I doubt that this would make much of a difference to those who enjoy all the other aspects of the watch. 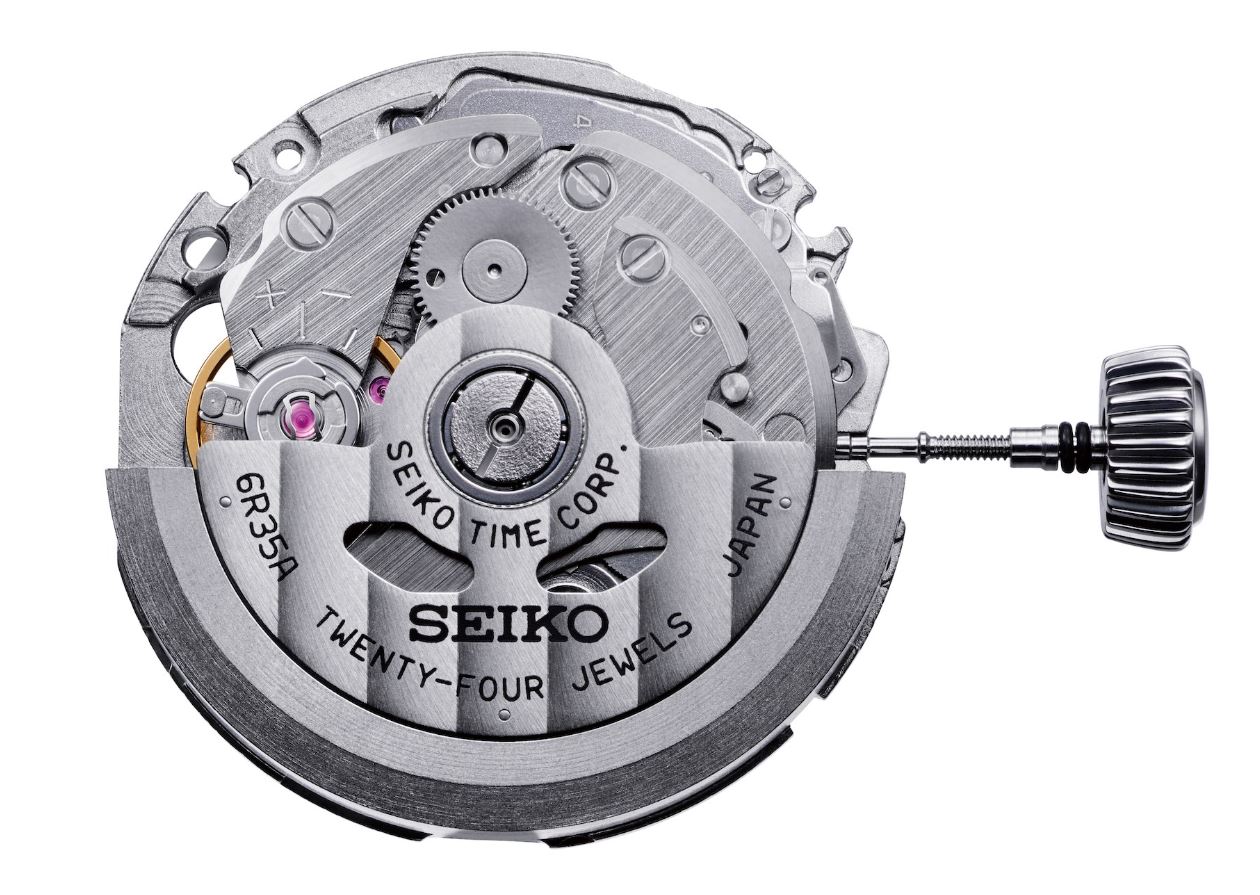 Overall, these are fantastic looking watches that should be even more enjoyable in person. There is a lot of value to be had with this series given that they retail for around Eur 990 which we all know is usually 20% more expensive than we can eventually get them for. The fact that there are 3 colour variants (blue, green and white) that come with steel bracelets, and one gold-plated variant (the brown dial) that comes with a brown leather strap, should make this series appeal to an even wider audience. More than that though, I am extremely excited of the possibility that this series is a signal of the direction Seiko is taking this higher range of the Presage series to. 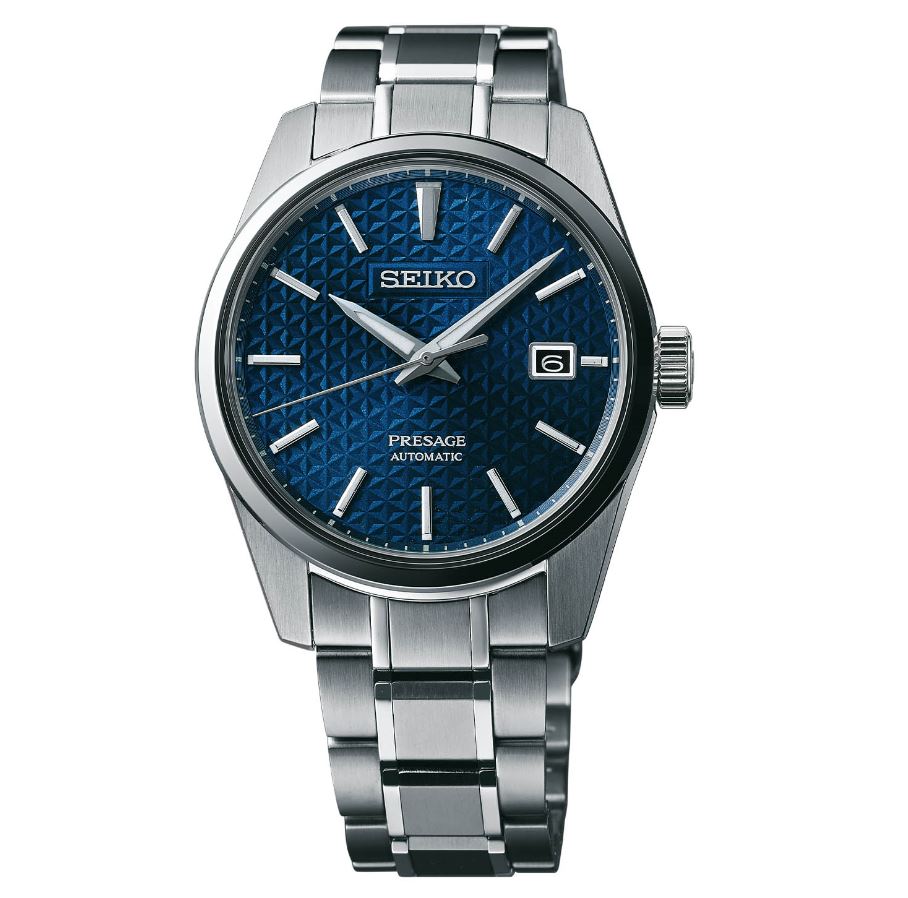 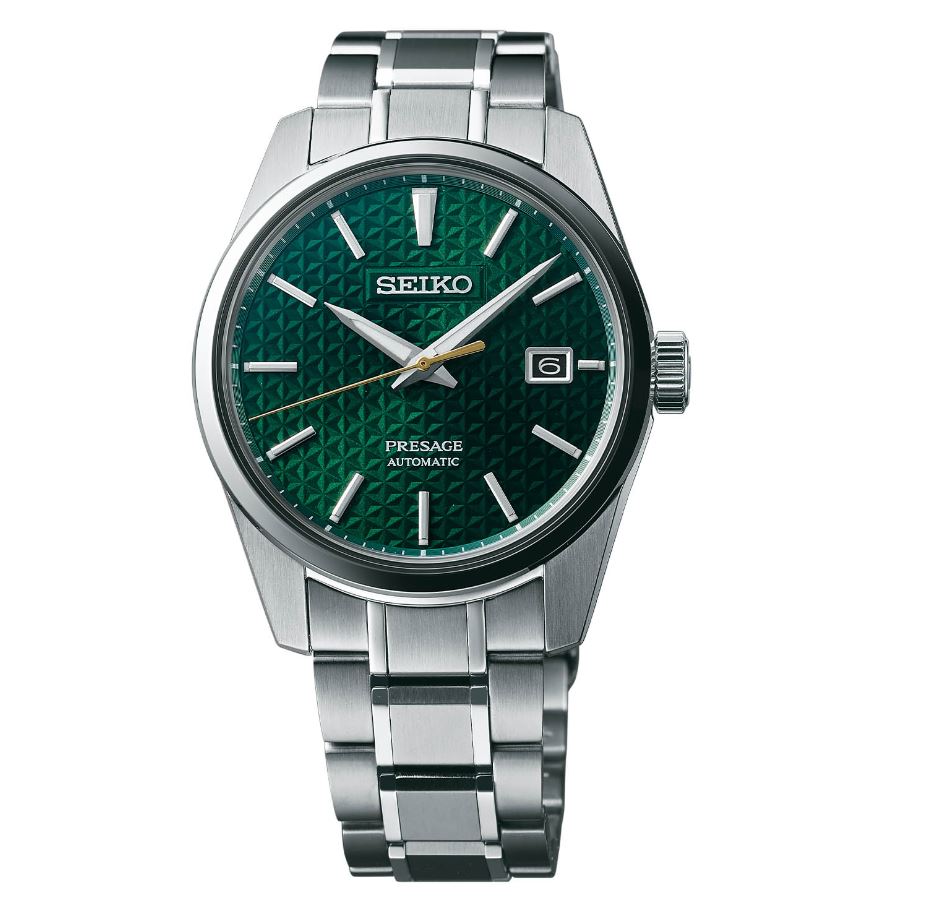 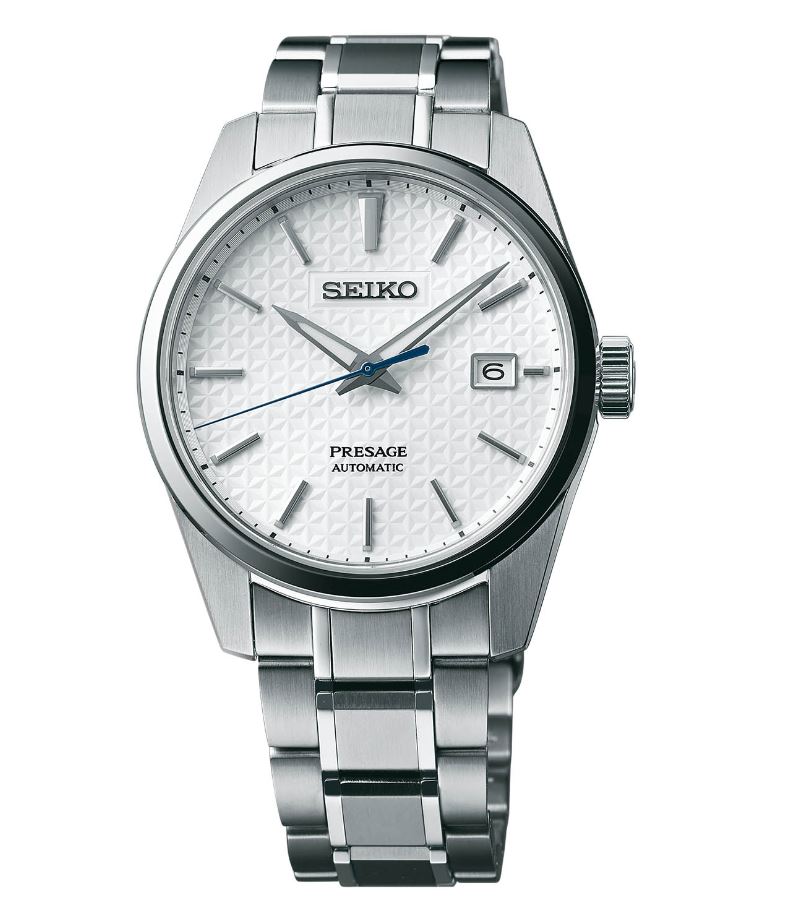 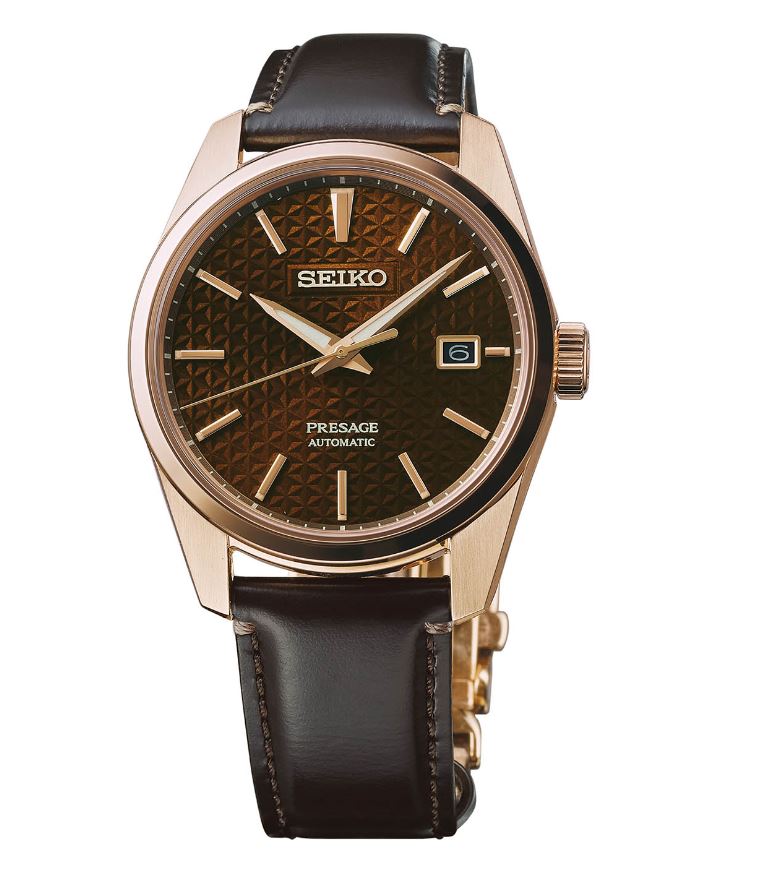