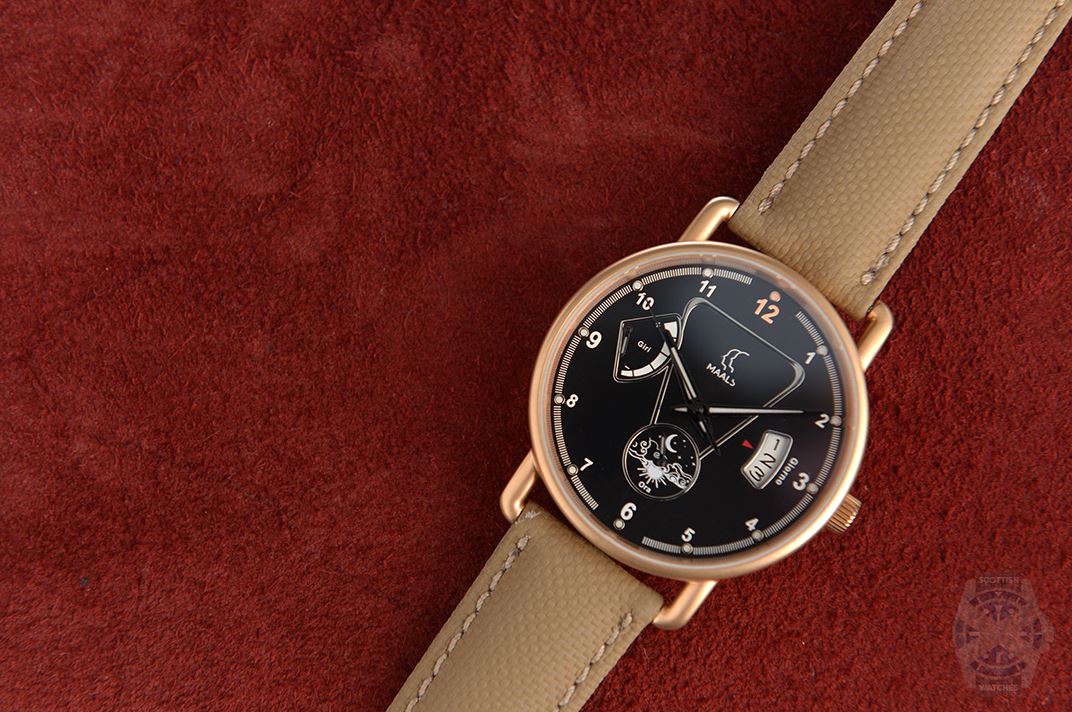 When you buy a watch how much do you care about the people who make it? Did anyone ever buy a Rolex because of Jean-Frederic Dufour? or an Audemars Piguet because of François-Henry Bennahmias?

Now maybe when you get into the realm of the superstar watchmaker things are different, an F.P Journe actually does have the handiwork of François-Paul Journe upon the watch as does the likes of De Bethune with Denis Flageollet, who know their way fully around the watches they make, whether they have their names on the dial or not.

Now it is all very well at the price point of 6 figures plus to think that the guys with their name on the watch should be front and center to the story of why you would buy the watch but what about the few hundred pound mark, did you ever buy a microbrand or kickstarter watch because of the people almost as much as the watch?

Well let me introduce you to the brothers Sealey, Andy and Bruno of MAALS, whose name but also outline profile is aboard their new creation the Giri Ventiquattro. 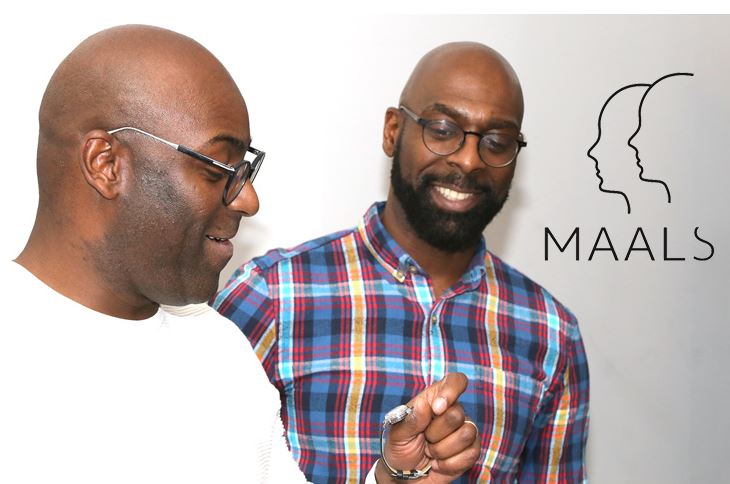 We interviewed these fine guys back in episode 154 of the podcast, find it here and if nothing else you will be able to tell from the episode that these guys and their story are a key part of why you would buy this latest creation the Giri Ventiquattro.

Theirs is not a story of being merchant bankers who rolled out of bed one morning with millions tucked away and decided that rather than playing golf today they would start a watch brand for a giggle but of taking a thousand pounds worth of savings and a love for watches and producing something both different and personal to them, not another Kickstarter Diver or Field Watch but a watch with a complications they love, then after initial success going back to the drawing board and their own obsession with Italian Cars and doing it all again.

The first watch the boys produced was this number the Jump Over the Moon, 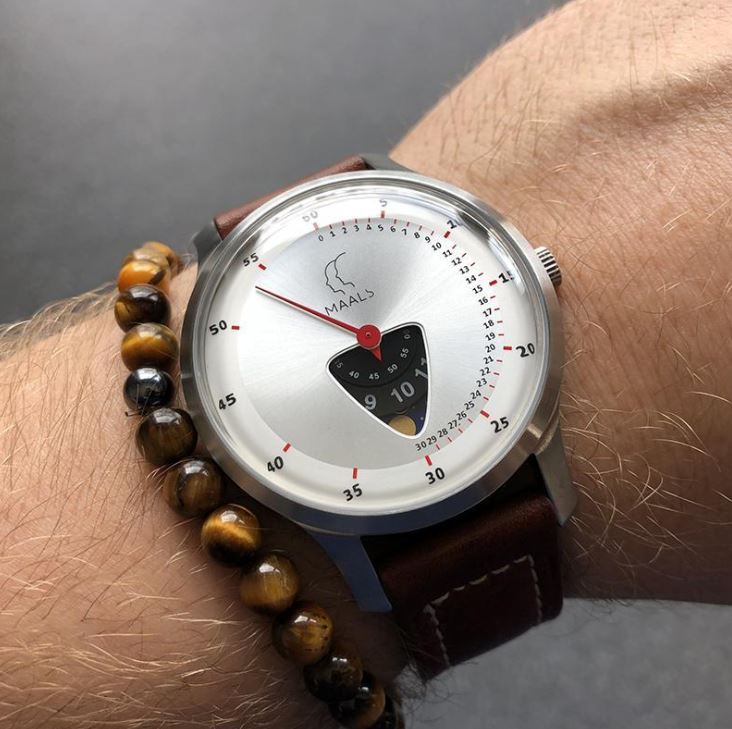 and after the success of that they are following it up with this the Giri Ventiquattro, don’t be put off by the backstory of Italian Sports cars, this watch both works and is well built unlike many of the aforementioned hard shoulder huggers. 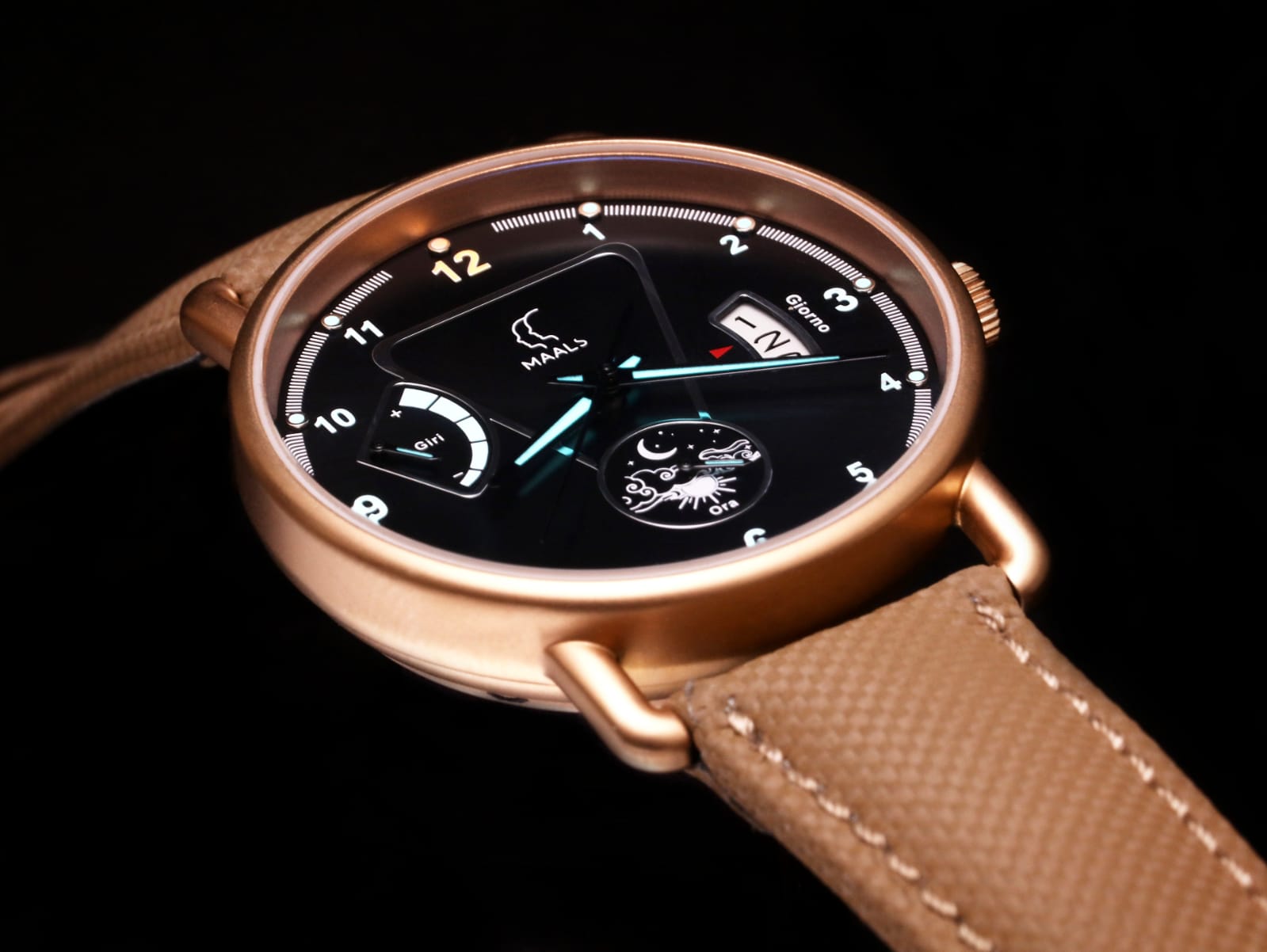 The boys are sticking with their mantra of

This does exactly that, this Rose version of the watch has been worn by me, yes even in place of the beloved Panerai and considering its diminutive price at £350 during this pre-order period it packs a load of interest and personality.

You can tell this is a watch that the boys have put themselves into building what they want to wear, and think that if you want to wear one too then that would be great.

So what are we actually looking at?

The Giri is a Miyota 9134 auto movement placed into a 40mm case that I think wears bigger due to the cushion case form but not too big due to the very flat sapphire crystal. Available in 4 colourways with 42 hours power reserve and 5ATM water resistance it is more than capable of being worn everyday without a care and with the chance that something this different from everything else may even get you asked the the golden question by your non watch caring friends…”what is that you are wearing” 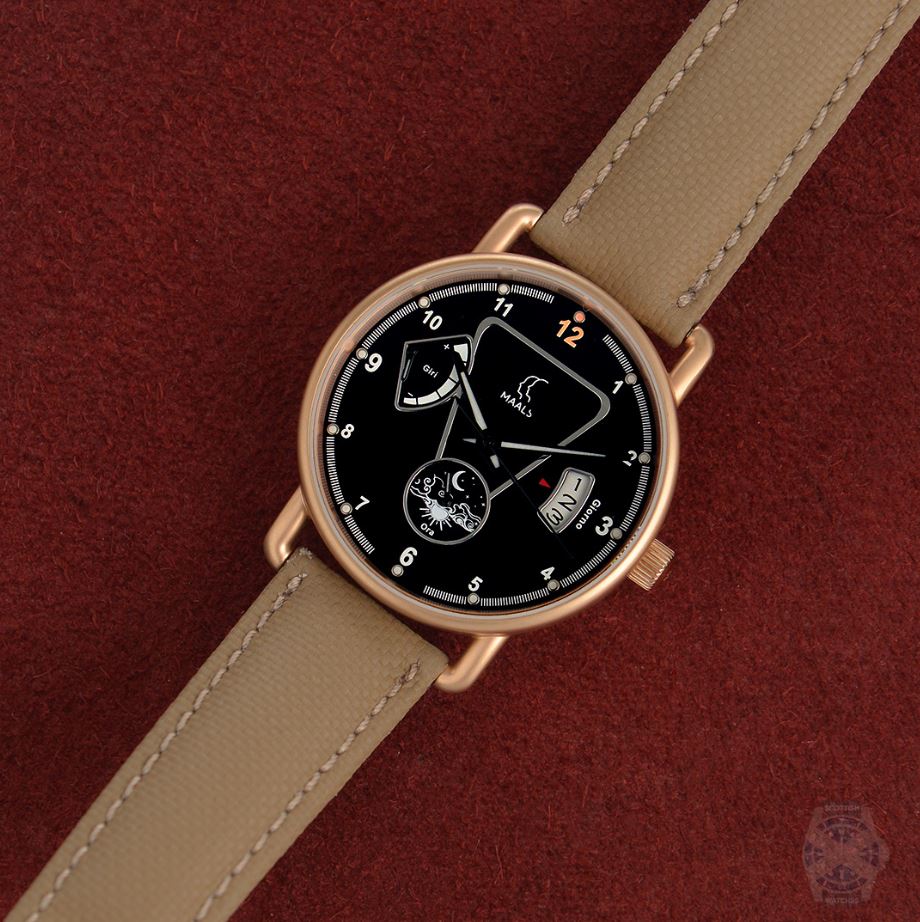 But just to add the personality of the boys even further the back of the watch is just as interesting, which can not often be said for a watch at this price point, the Giri does not just have a crystal case back showing an uninteresting movement (not a criticism of the movement but at this price point most movements are not show stoppers) but instead some great custom artwork. 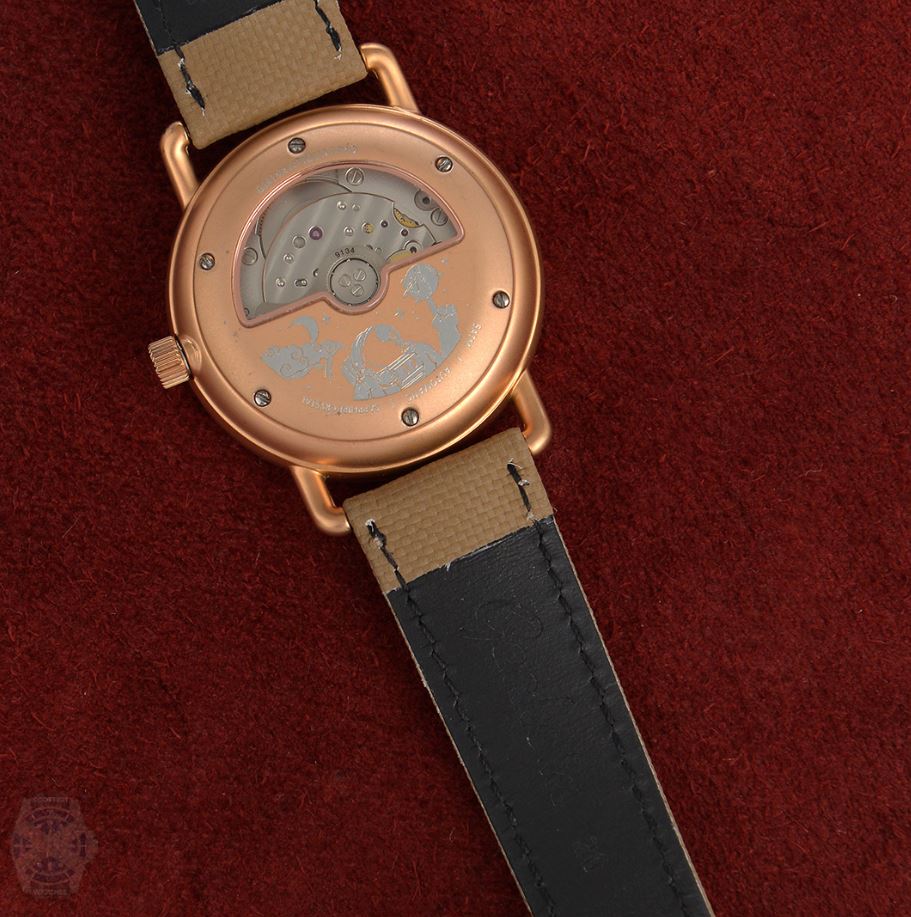 The Giri may not be everyones cup of tea, but it is different, well built and well priced, if its aesthetic appeals to you then it is well worth a look.

There is so much “sameness” in the watch world, especially right now and especially in that “microbrand” zone.

This is far from the sameness affliction that currently abounds, so check them out and see what you think.

A pre-order is running for another couple of days so get them before they are gone and look out for what is still to come from this team we have had some hints and very much look forward to what follows on from the Giri.