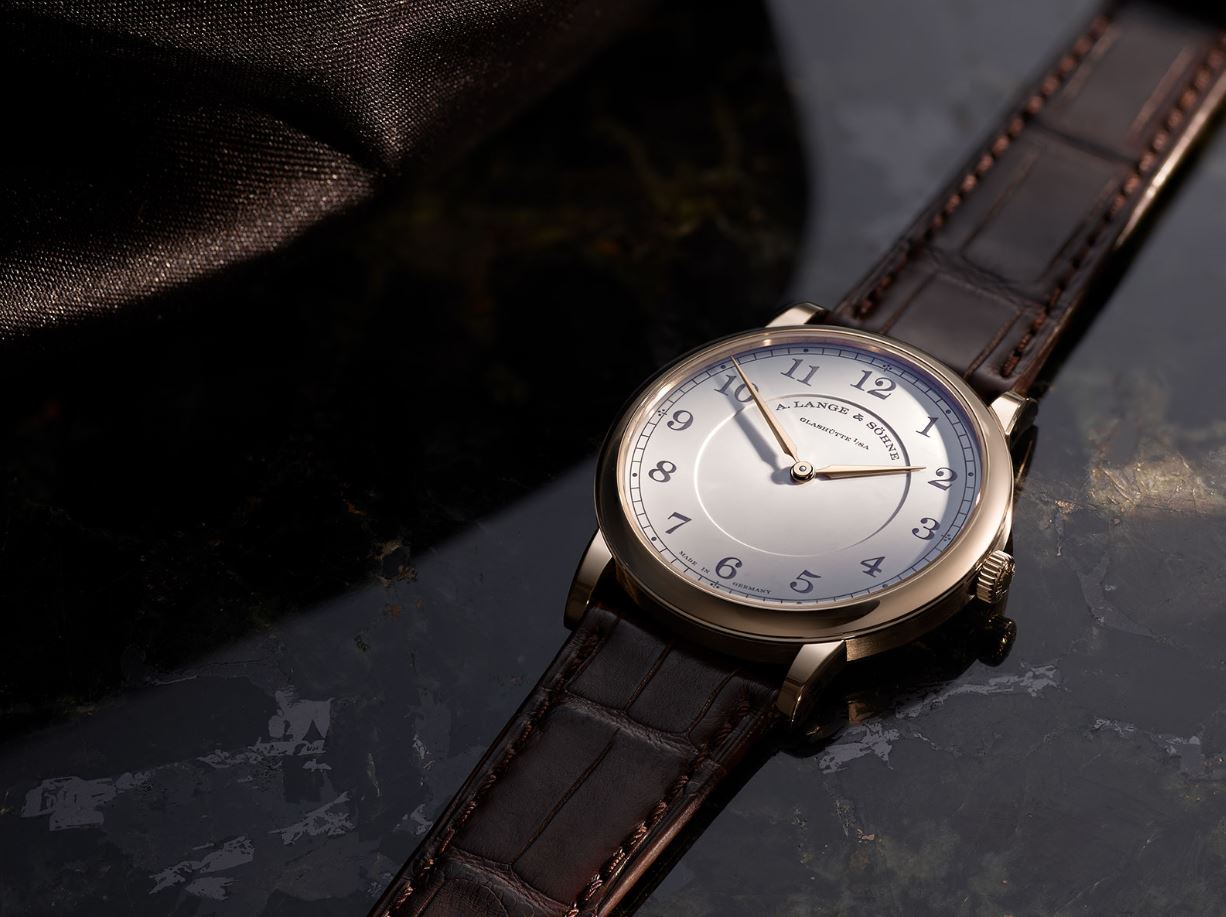 It has been a frantic three weeks of watch releases, with all the big boys like Rolex (which we covered here, here and here), Audemars Piguet. Patek Philippe and Vacheron Constantin all dropping new watches, along with smaller brands like Oris, Nodus and Baltic also launching new watches. While we normally like to cover watch releases along with more general watch industry news over here, because of the flurry of releases, here is a rundown of my favourite 5 releases, categorized by brand. Let’s get into it. 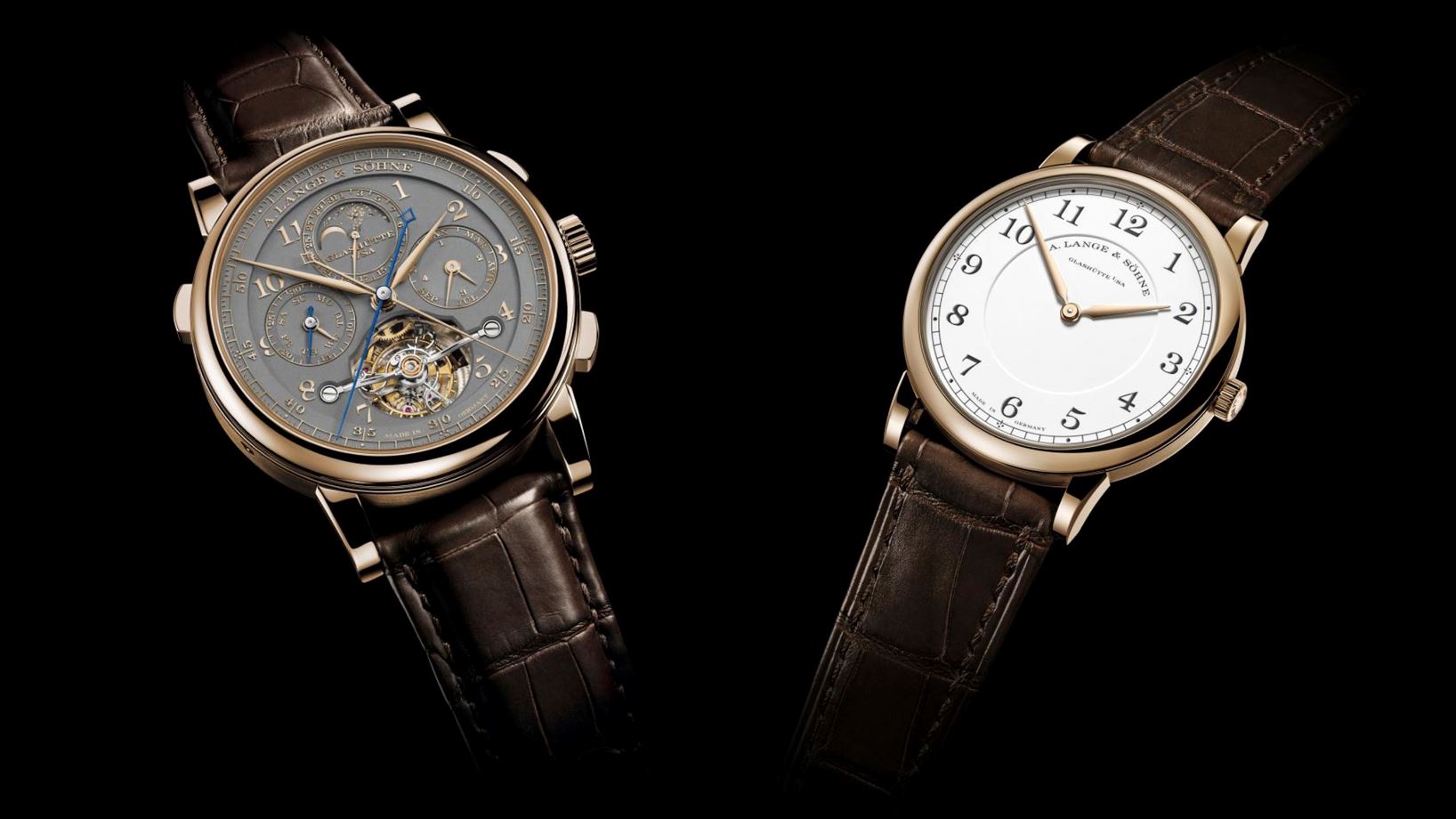 A Lange & Sohne released a trio of watches from its 1815 collection to celebrate the 175th Anniversary of German precision watchmaking. All cased in the brand’s lovely proprietary honey gold, the three watches range from the clean 1815 Thin to the complicated 1815 Tourbograph Perpetual that houses complications that comprise of a fuse and chain tourbillon, a chronograph with a rattrapante function, and a perpetual calendar. In between the two watches, we also have a rattrapante-only watch in the 1815 Rattrapante, which is a first for the brand. 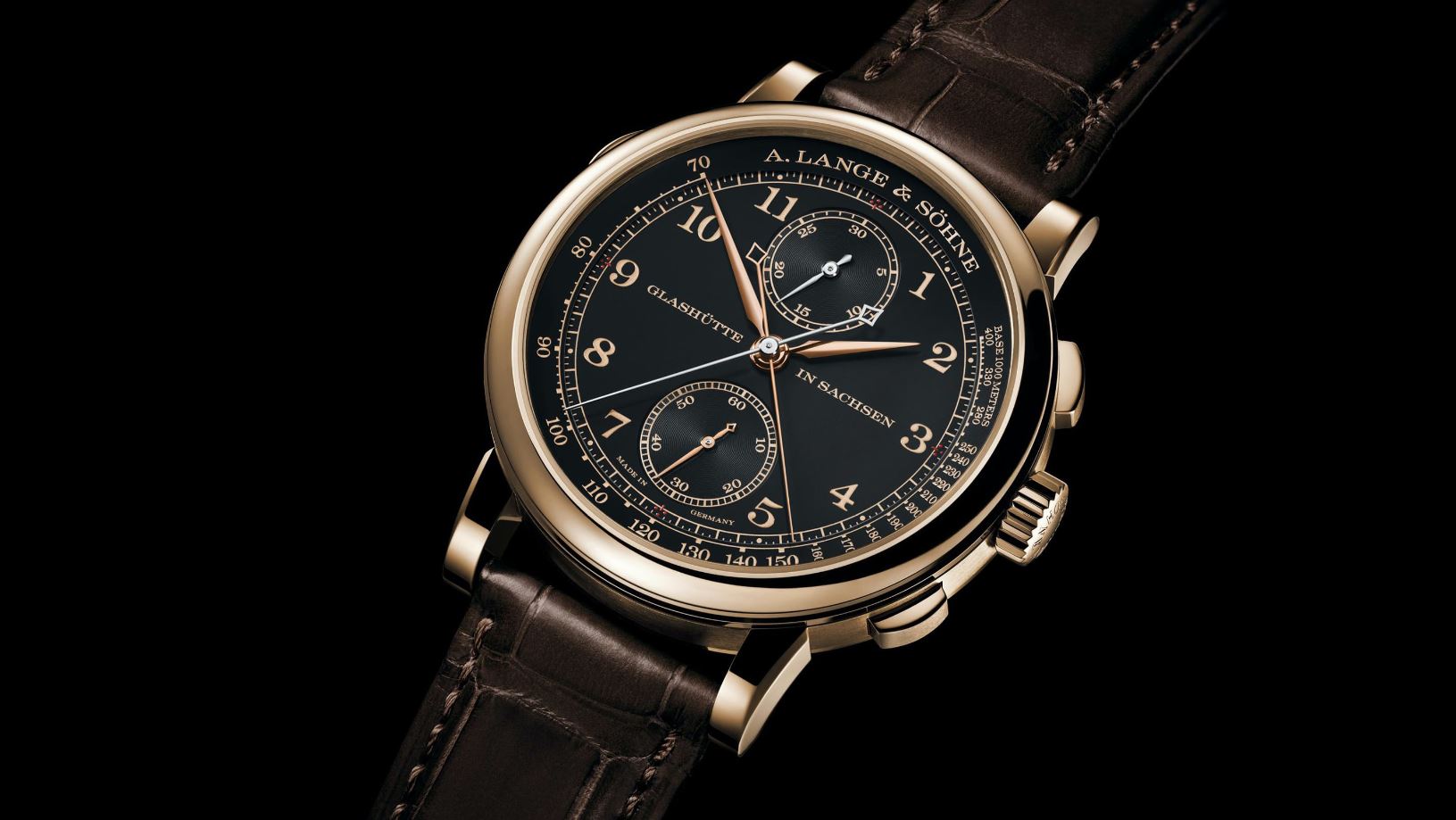 While the 1815 Perpetual Tourbograph and 1815 Rattrapante are watches that certainly allow the brand the show off its remarkable watchmaking prowess especially with the levels of finishing that we have come to expect, my favourite is the 1815 Thin. Coming in at 38mm by a mere 6.3mm, this watch distills a watch down to its most basic elements, being a time only piece that does not even feature a second hand. Being able to not look boring while having such a simple form is not mean feat. Given how remarkable it looks in pictures, I can only imagine its beauty in the metal and am certainly looking forward to it. 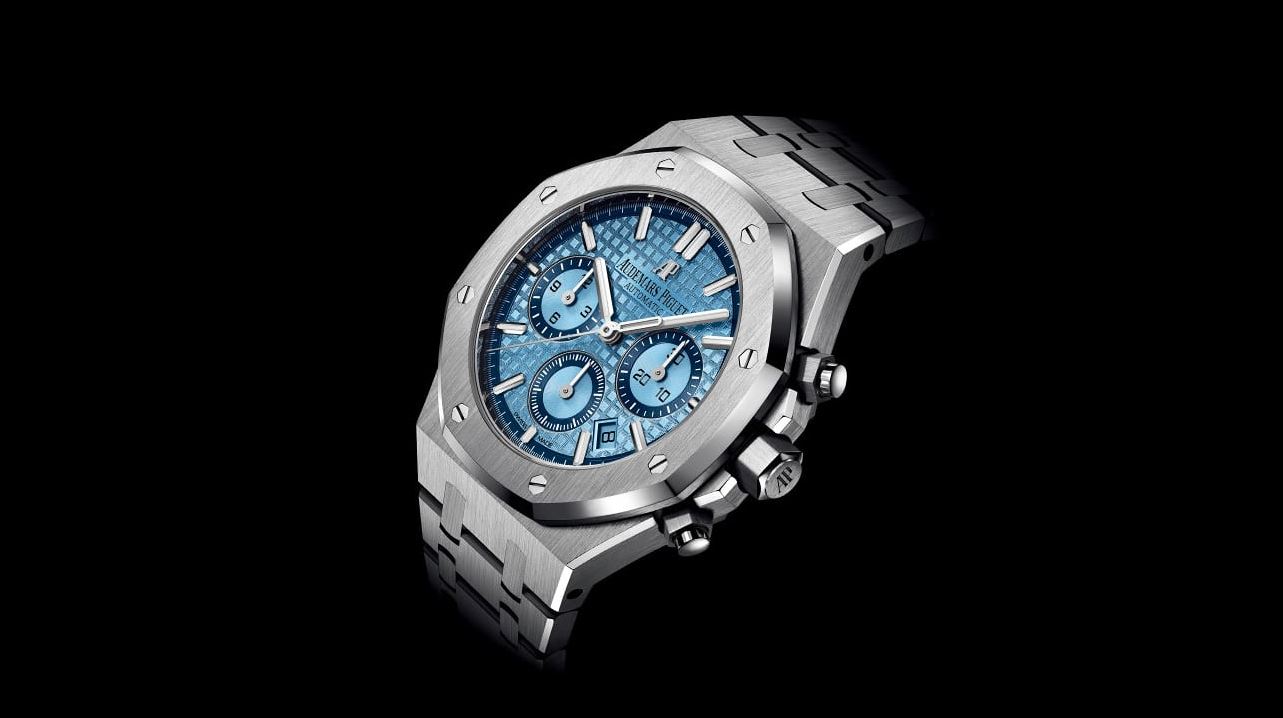 Last week, Audemars Piguet released its latest variant of the Code 11.59, a self-winding fly tourbillon chronograph in 2 colours that we covered here. However, just 2 weeks before, it also silently released, as has become typical for the brand, its latest iteration of the Royal Oak Chronograph. This addition to the initial three 38mm versions from at last year’s SIHH comes in white gold with a beautiful sky-blue dial. It is certainly interesting to see that while a brand like Rolex increased its classic Submariner size this year, Audemars Piguet has chosen to launch and now expand its slimmer Royal Oak Chronograph. Given that Royal Oaks typically wear larger than their widths suggest, this would make for an amazing fit on most wrists. Coupled with the choice of 18k white gold, this watch would be the perfect example of stealth wealth, one that only people who follow the dial variants would be aware of. My only gripe with the watch is the date at 4.30 which always feels lazy when a brand chooses such positioning for the date. All in all, a fantastic release from the brand. 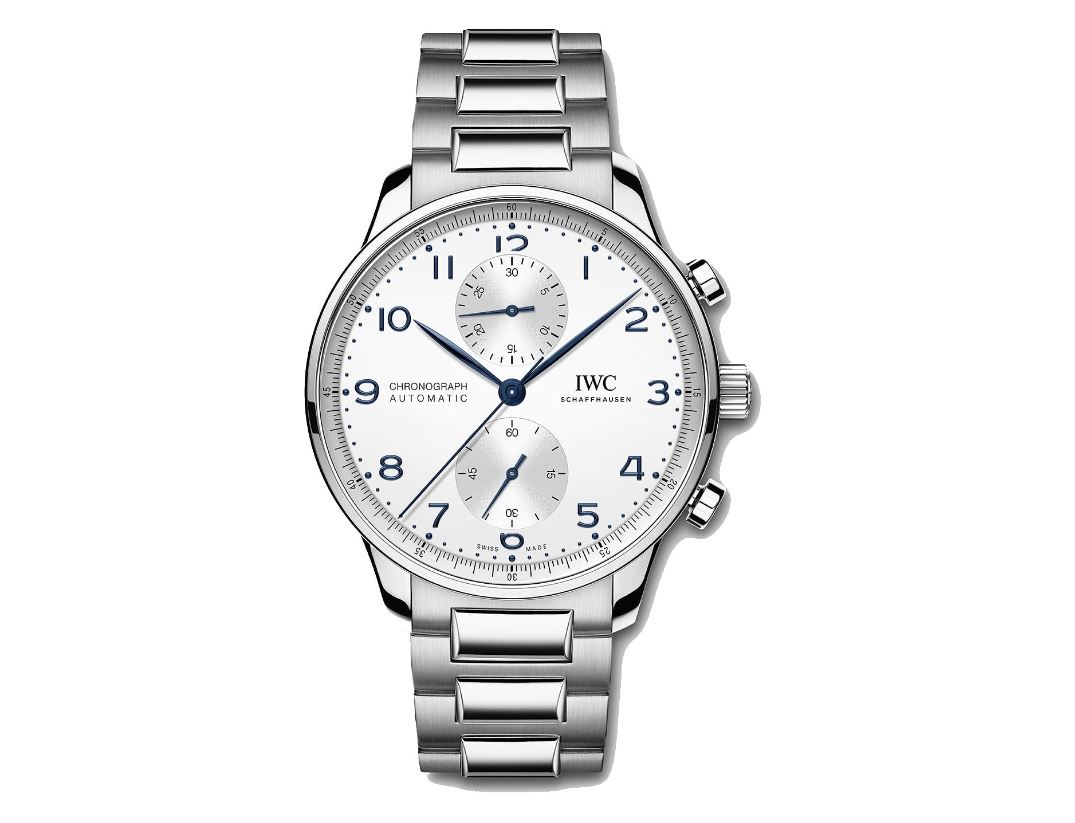 I know, I know, this isn’t exactly a new release. IWC merely added a sporty rugged looking bracelet that is far from generic to its Portugieser Chronograph line. In fact, this is actually a historic moment since this is the first time the Portugieser Chrongraph has a bracelet in a about a century. While the addition of a bracelet may not seem like much, in my opinion it completes the watch that has also this year gotten a lovely looking in-house movement that visible through its display case back. Taken together, allows the watch to be positioned as more of a sports watch than it was previously when only coming on leather straps. Price wise, it also offers a viable alternative with a rich history to the Daytona and as an added bonus, it will likely be readily available. Now if only the brand increased the water resistance. 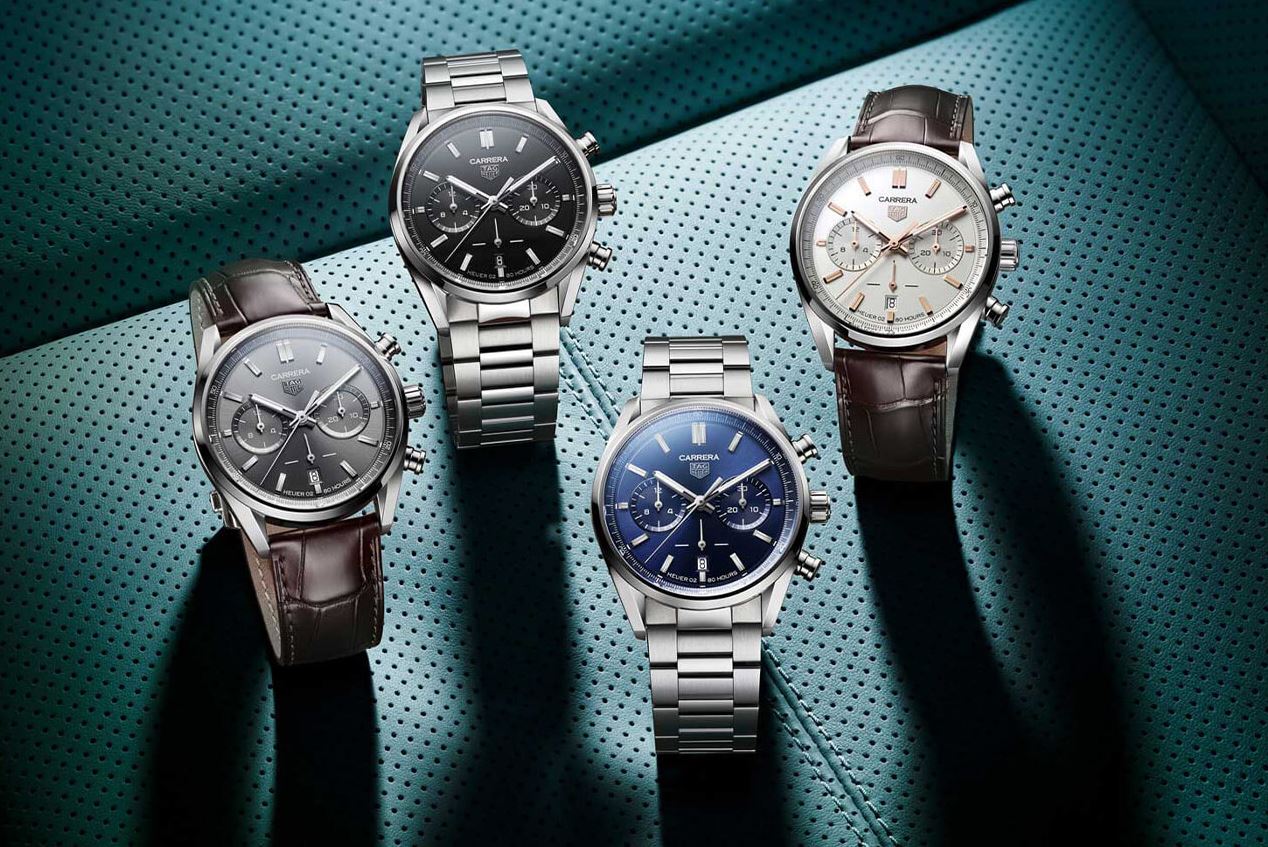 Tag Heuer has long had something of a bad in the watch enthusiasts with perceptions being that it produced overpriced watches that housed off-the-shelf movements. Well this year, the brand is back with a vengeance. Tapping into its long history with chronographs, the brand this year launched two amazing looking limited editions in commemoration of its 160th Anniversary, that were well sized at 39mm, featured its own movement and looked extremely classy. It followed up with 4 Carrerra Chronographs that were extremely sporty, also featured in-house movements and came in at 44mm. It has now followed up with 4 new Carrera Chronogaphs that look closer to its limited-edition counterparts but come in more modern sizes of 42mm, which would be relatively wearable for most. These watches come in with 2 sub-dial registers and a design language that is instantly recognizable as a modern-day Carrera. The 4 variants feature different dial colours; grey, black, white and blue. In my opinion, if the IWC Portugieser above are viable alternatives to the Daytona, these lovely pieces would be viable alternatives to the Speedmaster and El Primero. 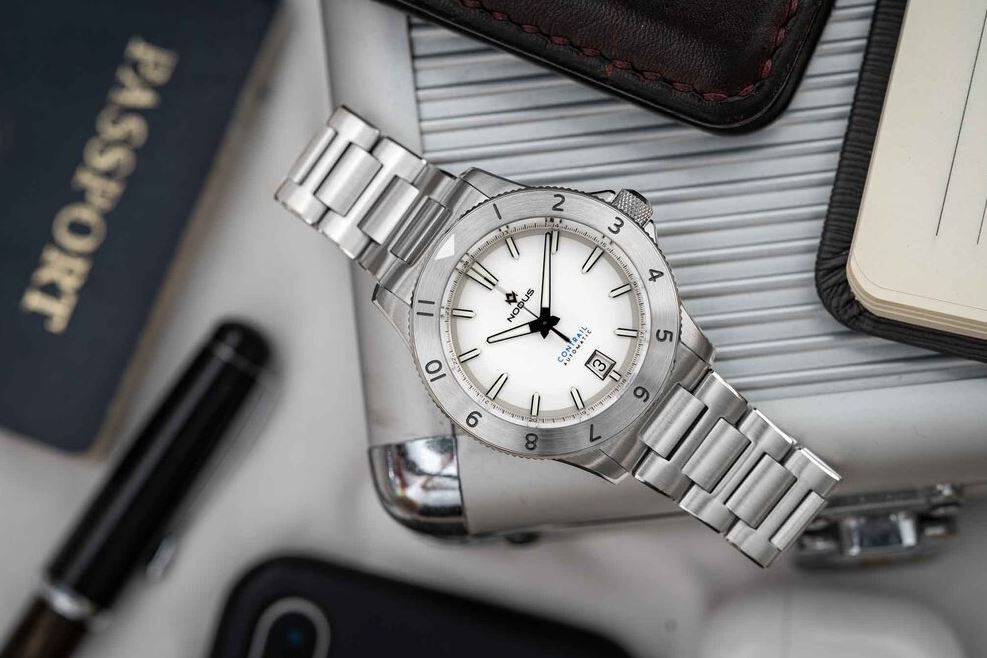 On the more affordable spectrum, Nodus also released its second iteration of the Contrail. The one thing we all love about microbrands is the fact that they understand the sentiment on the ground and are willing to put in effort in all the little details to give us what we watch enthusiasts want. Following feedback on the Contrail I, the brand has made the Contrail II with a slimmer case, a 12-hour sapphire or steel sloping bezel (which is a feat to do on the former) and enamel finish dials except on the Laguna. The date wheels on these are roulette or bi-coloured date wheels that are also matched in colour to the dials, I did say they paid attention to the little details. Coming in at 40.5mm by 12.6mm by 47.5mm, this watch is an extremely wearable go-anywhere-do-anything watch that is relatively affordable too, with its current pre-order price of only US$600. Snap them up before they are gone. 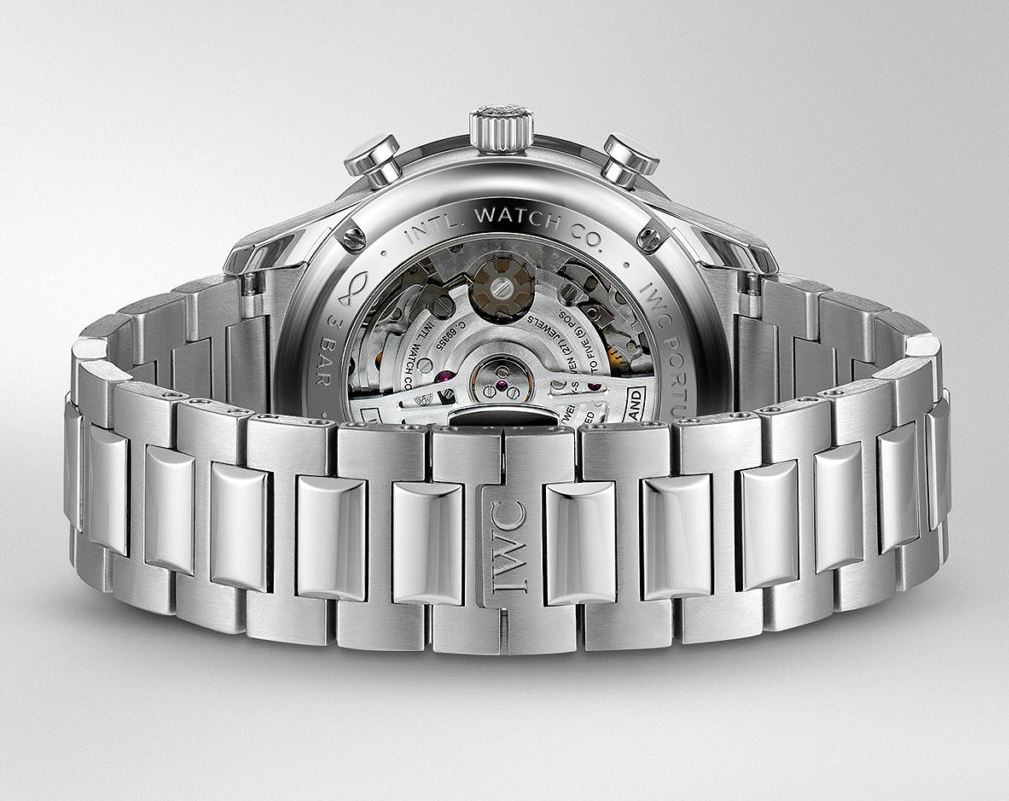 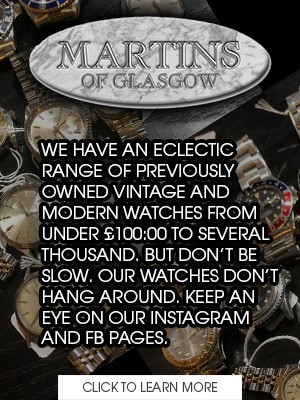