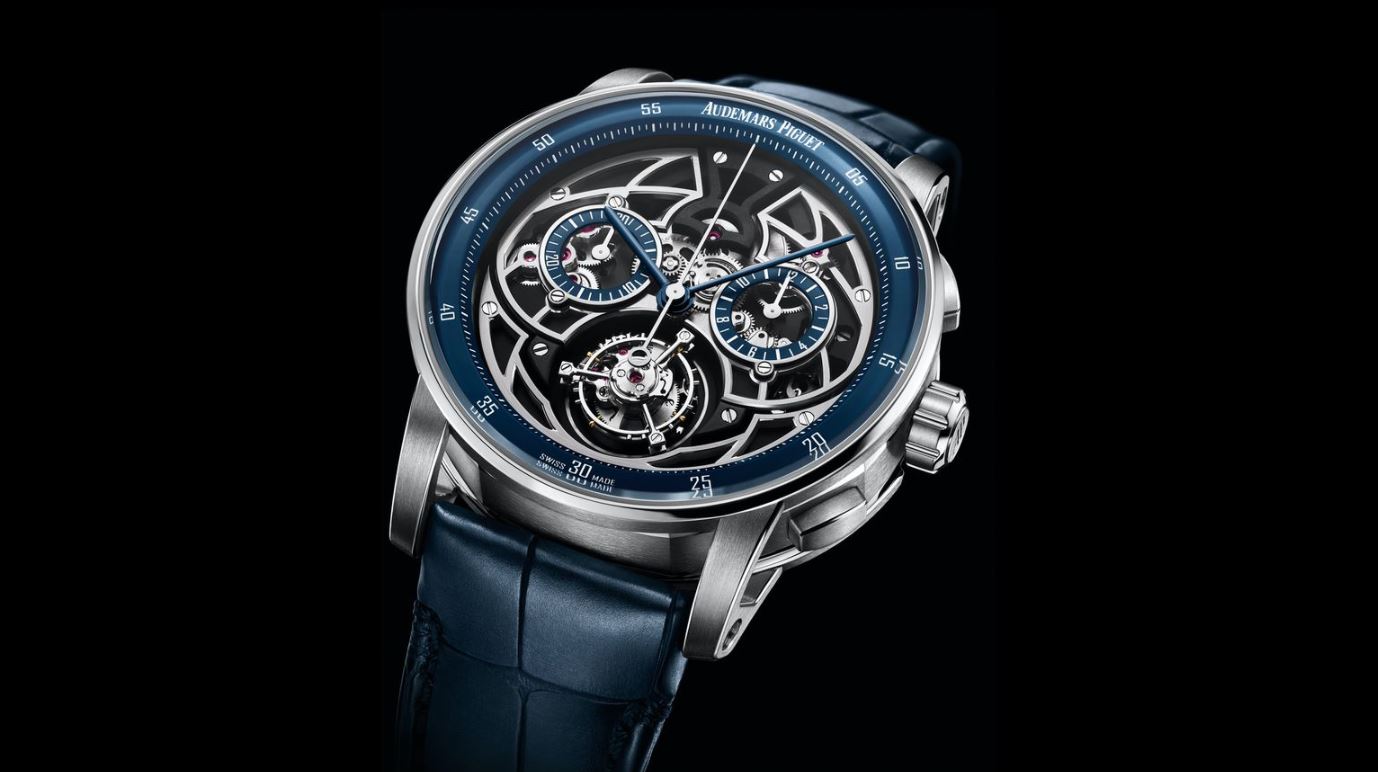 Audemars Piguet just released a new Code 11.59 Self-Winding Flying Tourbillon that comes in two variants, yes two variants. One is the widely reported white gold model with blue tones on sub-dial rings and chapter ring, while the model that was quietly released on its website (as the brand is wont to do) comes in white and rose gold and black sub-dial and chapter rings. These are in my opinion, brilliant watches and they work really well to further what I believe is Audemars Piguet’s endeavour not just to break out of the Royal Oak mold that it had boxed itself into but also reestablish its standing among the very best three watchmaking houses in the world, at least to the general public. To be fair, I don’t think the brand ever lost its prowess, it was just overwhelmed from a marketing standpoint by its greatest success, the Royal Oak. 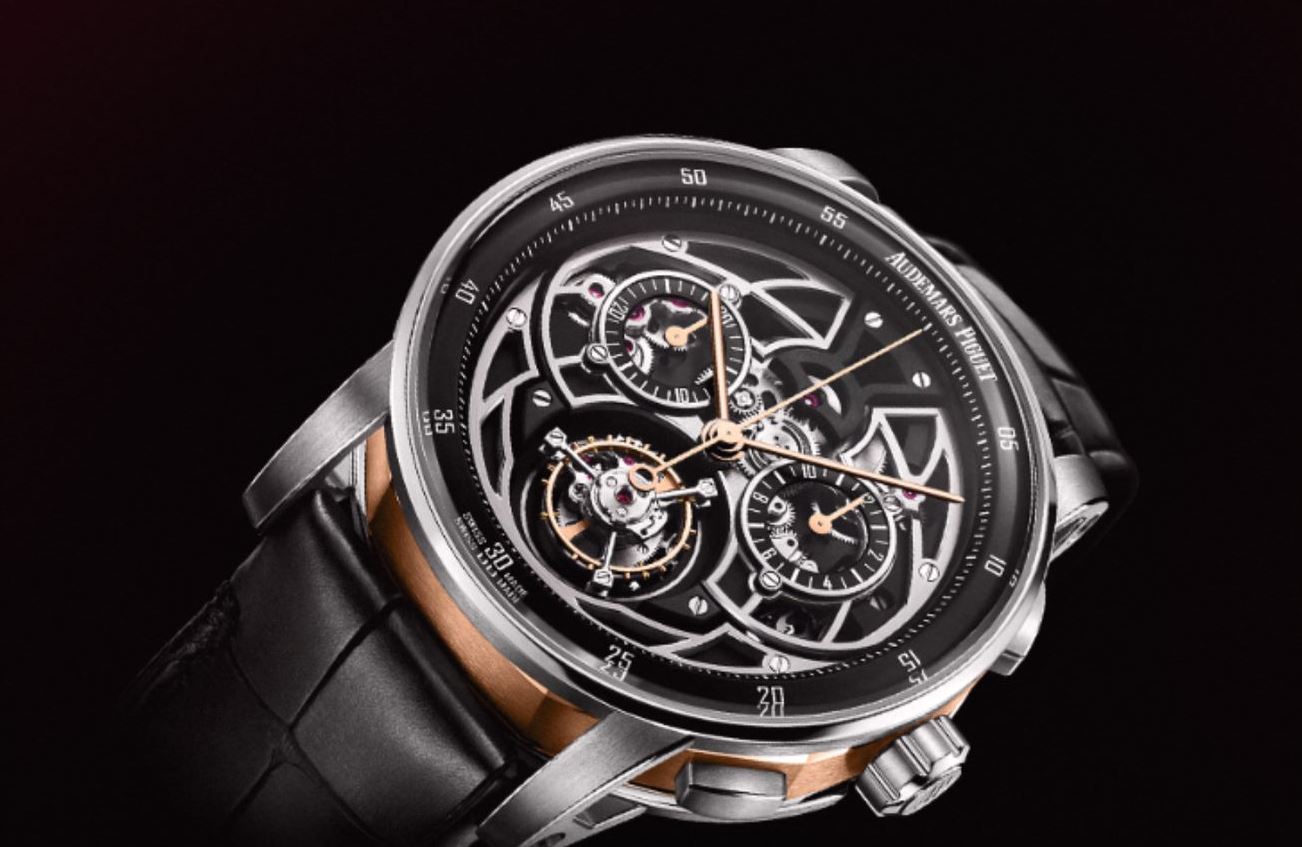 For the better part of the past 20 years, Audemars Piguet has been accused of being a one-trick pony, with a heavy reliance of the Royal Oak, and its derivative line the Royal Oak Offshore the only thing that really mattered from the brand. It was not hard to understand the sentiment. After all, most people would be hard pressed to name any of the other lines from the brand. Audemars Piguet itself chose to lean into this perception and milk it, launching iteration after iteration of what Gerald Genta designed back in 1973 till the Royal Oak became synonymous with the brand. 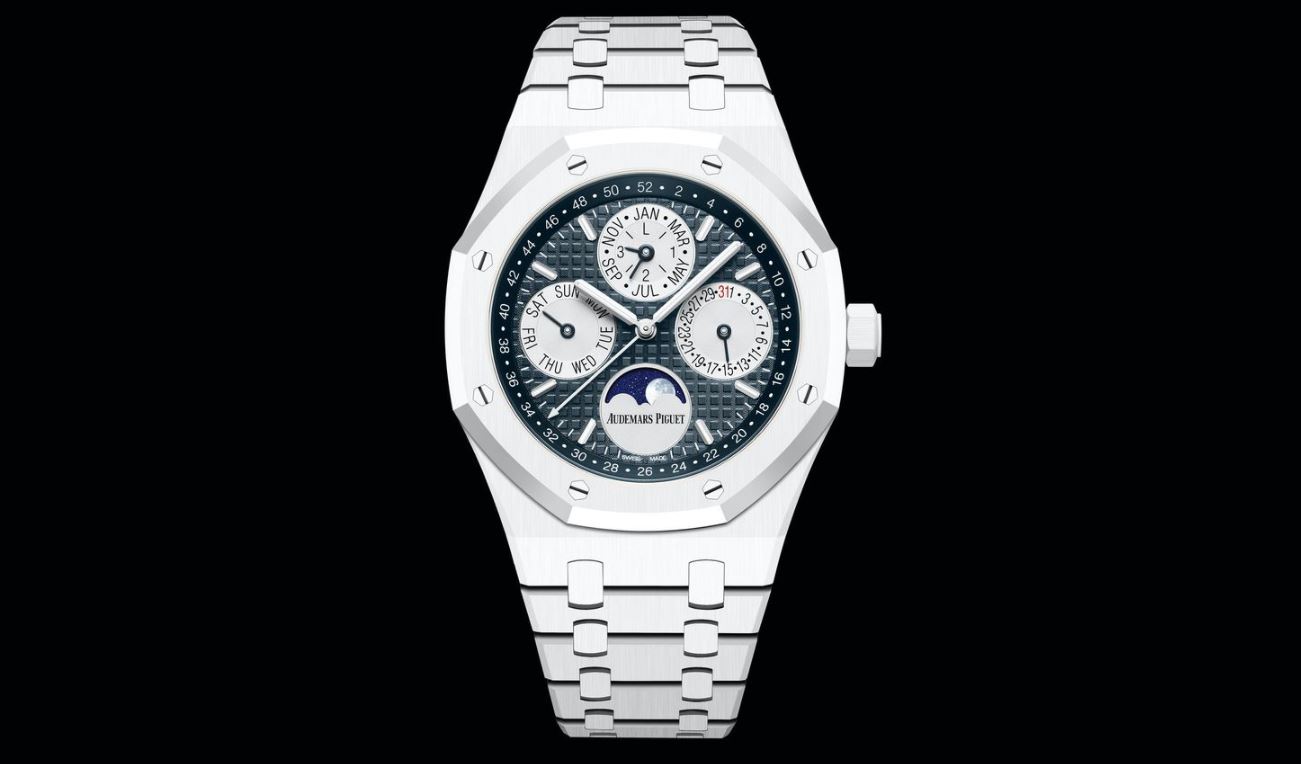 Perhaps what was more concerning though, was claims that the brand had lost its way, and should no longer be considered one of the big boys as far as haute horology watchmaking was concerned. That was not necessarily a fair opinion given the myriad of complications that could be found in the Royal Oak line up, and the impeccable standards of finishing on the Royal Oak line. However, so powerful was the Royal Oak’s octagonal case shape and design that when you looked at any watch from the line, what you saw first a Royal Oak, everything else came second. By comparison, its fellow Big Three member, Patek Philippe never let the also Genta designed Nautilus overwhelm its collection, choosing to stick to its guns in producing mainly dressy precious metal pieces that also allowed it to show of it watchmaking prowess. 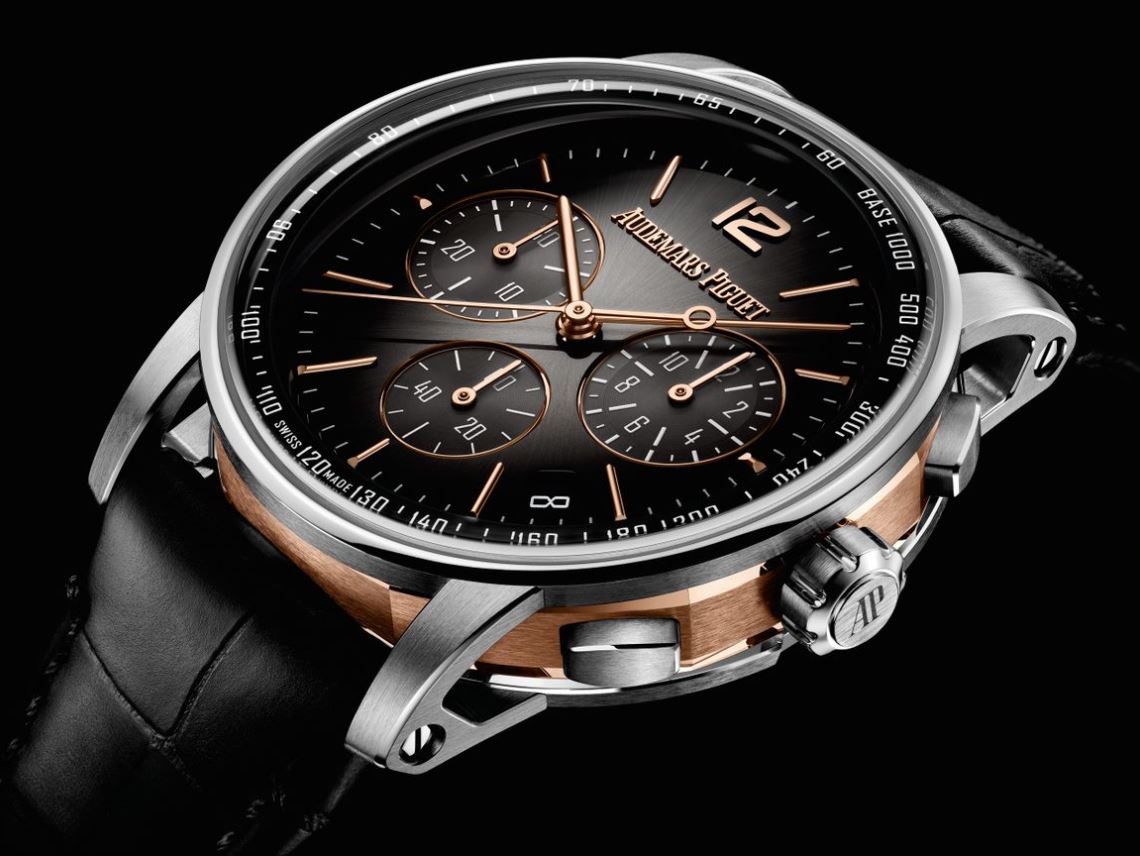 While we will never really know the decision–making process in Audemars Piguet, it is not hard to imagine that the Code 11.59, first launched in January 2019, was intended to change this brand perception and diversify away from the Royal Oak. The choice of only featuring precious metals for this collection signified that this was not an attempt to make the brand more accessible a la the Vacheron Constantin’s Fifty-Six collection, but rather display in an obvious way, its return to its watchmaking roots, albeit on a modern canvas. The fact that three new calibres were launched in the Code 11.59 that ranged from the basic time and date movement, to the more complex automatic chronograph movement and all the way up to a flying tourbillon reflected the brand’s desire to be once again generally recognized for the brilliant work that it was capable of on the movement front. Alas, the public’s backlash to the dial design and marketing mess greatly overshadowed the amazing work that Audemars Piguet did both on the movements and the case. 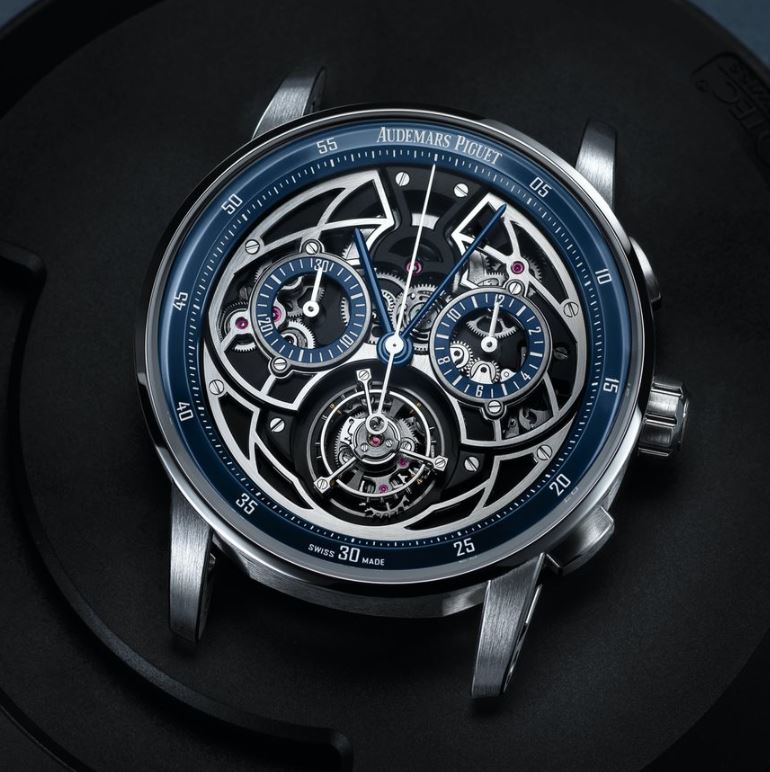 Fortunately, Audemars Piguet stuck to its guns and continued to push this collection, trusting that with sufficient distance from its disaster of a launch, by making tweaks along the way, and maintaining its remarkable standards in finishing and workmanship, this collection would eventually succeed in what it was meant to do. I believe it has gone some way in doing that. Earlier this year, the brand revamped the dials on the basic time and date as well as the chronograph models with beautiful smoked dials that should draw the attention away somewhat from whatever detractors disliked about the dials on the original. For the record, I always liked the dials, other than the 4.30 date. However, it is on models like this newly released flying tourbillon chronographs that this collection really shines. Without the distraction of the any noticeable indices as well as a lazy 4.30 date positioning, the openworked movement is really allowed to shine. And if there ever was a movement that should be allowed to shine, it would be this. After all, it is a flying tourbillon chronograph movement, the calibre 2952. While I cannot pretend to be able to give much depth to analyzing the specifications and design of this movement (read Jack Forster’s introduction article on Hodinkee for a far better description), combining these two complications on an openworked dial coupled with a display case back and skeletonized rotor provided the brand the canvas to do what this collection was always meant to do, show off its watchmaking prowess. And if the finishing on these two new watches are anything like I’ve seen on the more affordable (at least as affordable goes in this collection) time and date models, these watches would a work of art to behold in the metal. 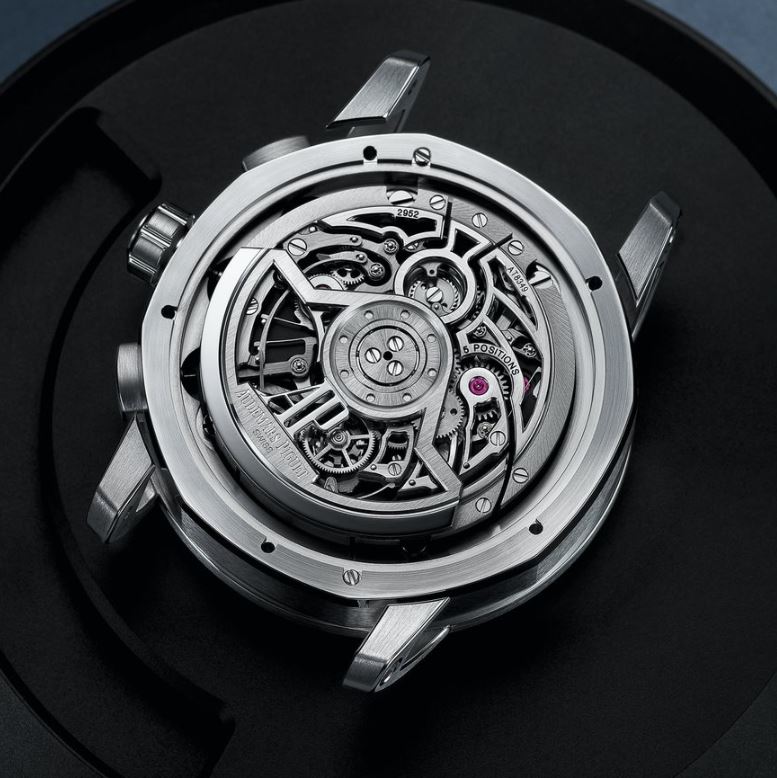 While the width on these two watches are the standard collection wide 41mm, I find it remarkable that the width is still only 13.7mm. Some brands struggle (or refuse to) to release basic time and date watches that are less than 13mm so 13.7mm. Moreover, because of the way these watches are designed to have a more noticeable wrist presence lends itself well proportionally to a wider range of thickness and 13.7mm on should comfortably fall in that range. For those interested, the water resistance is a low 30m though it should matter since these were never meant to be taken into water anyway. 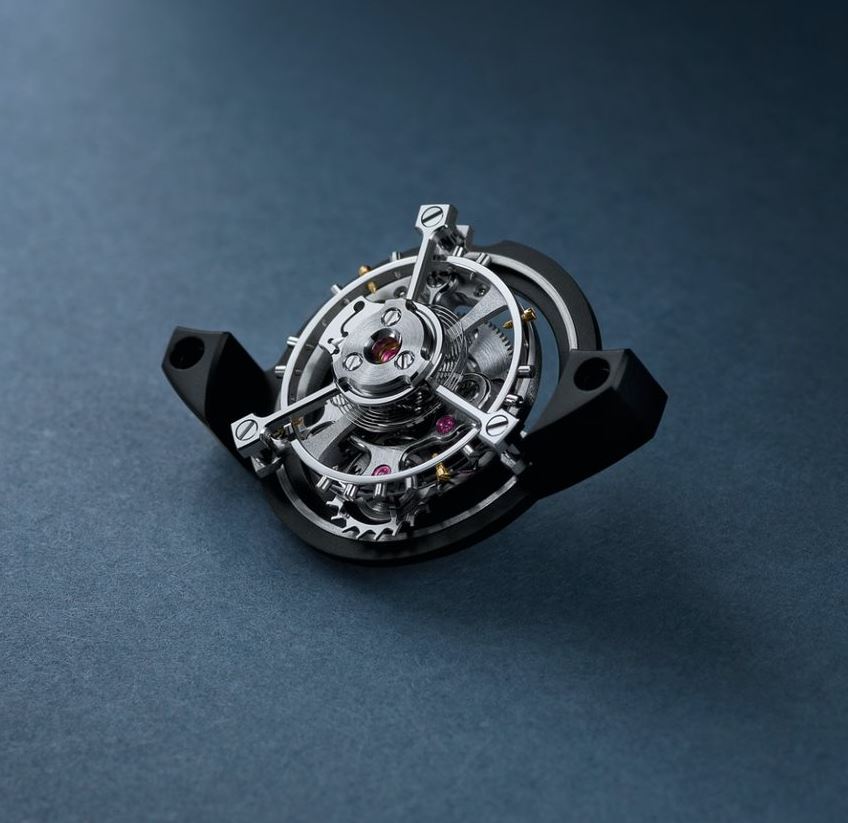 Between the white gold blue and the white-rose gold black variant, I personally prefer the latter. To me, the contrasting tones of white gold on the top and bottom case and rose gold on the mid-case works amazingly to showcase the intricacies of the case design, much like it did on the Tourbillon Openworked model that Audemars Piguet submitted for Only Watch last year. On the other hand, the white gold blue variant has a cooler more modern sporty air to it that the more reserved white-rose gold black variant does not. Ultimately, preferences on such matters are entirely subjective. Not that it would matter much, since these two pieces are unlikely to be available to most given that they are both limited to only 50 pieces. The price too is rather prohibitive with the white gold variant being reportedly priced at CHF 240,000. The white-rose gold black variant was not reported about and Audemars Piguet’s website merely indicates that the price is upon request though it should not differ too much the CHF 240,000 of the white gold blue variant. That is price to pay, I guess, for top-of-the-line watchmaking. 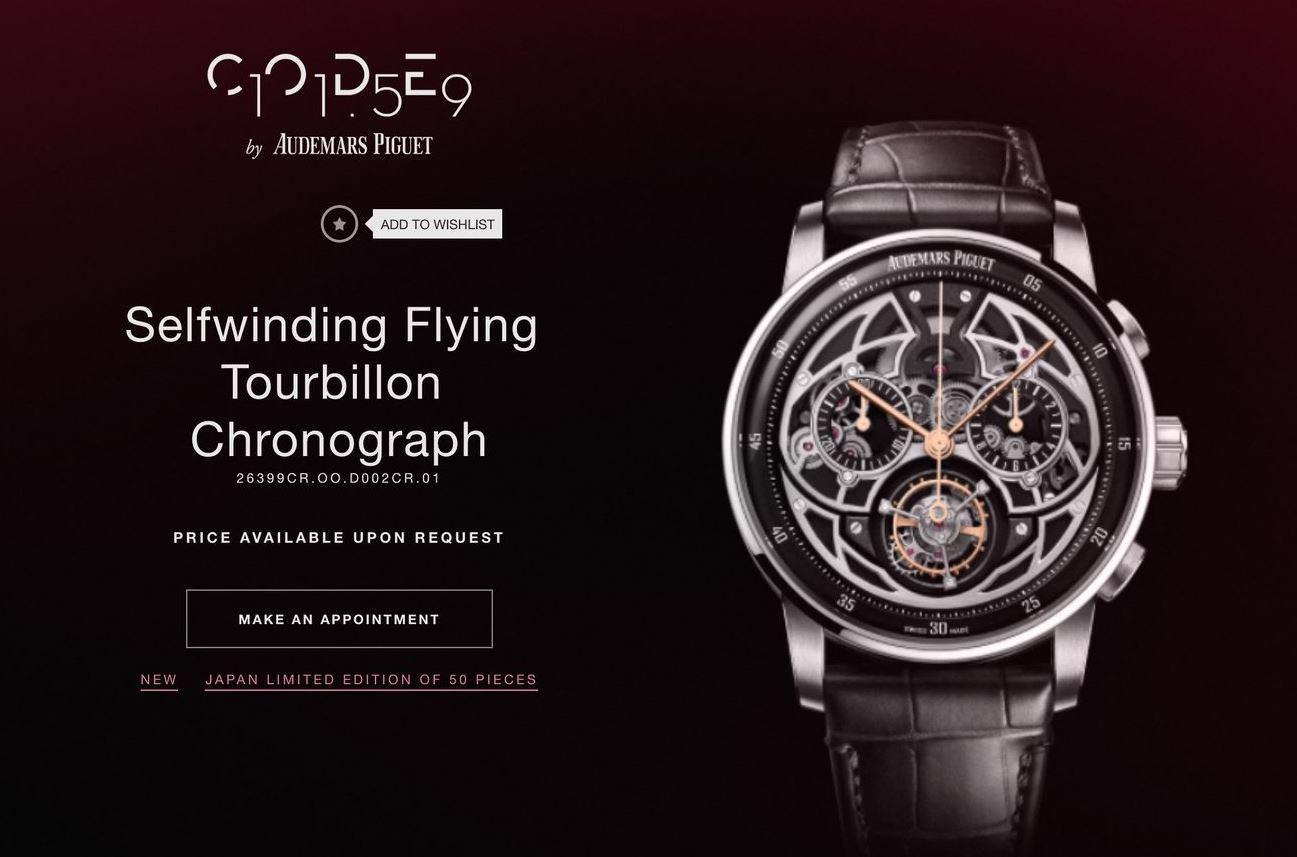 Overall, these two releases are fantastic dressy pieces that in my opinion aid Audemars Piguet along its journey to diversify away from its over-reliance on the Royal Oak line. The Code 11.59 collection is designed in a way that allows the brand to really show off its abilities in a way that the Royal Oak never could, and these two pieces take full advantage of the brand. I can only hope I get to see one of these in the metal in person someday. 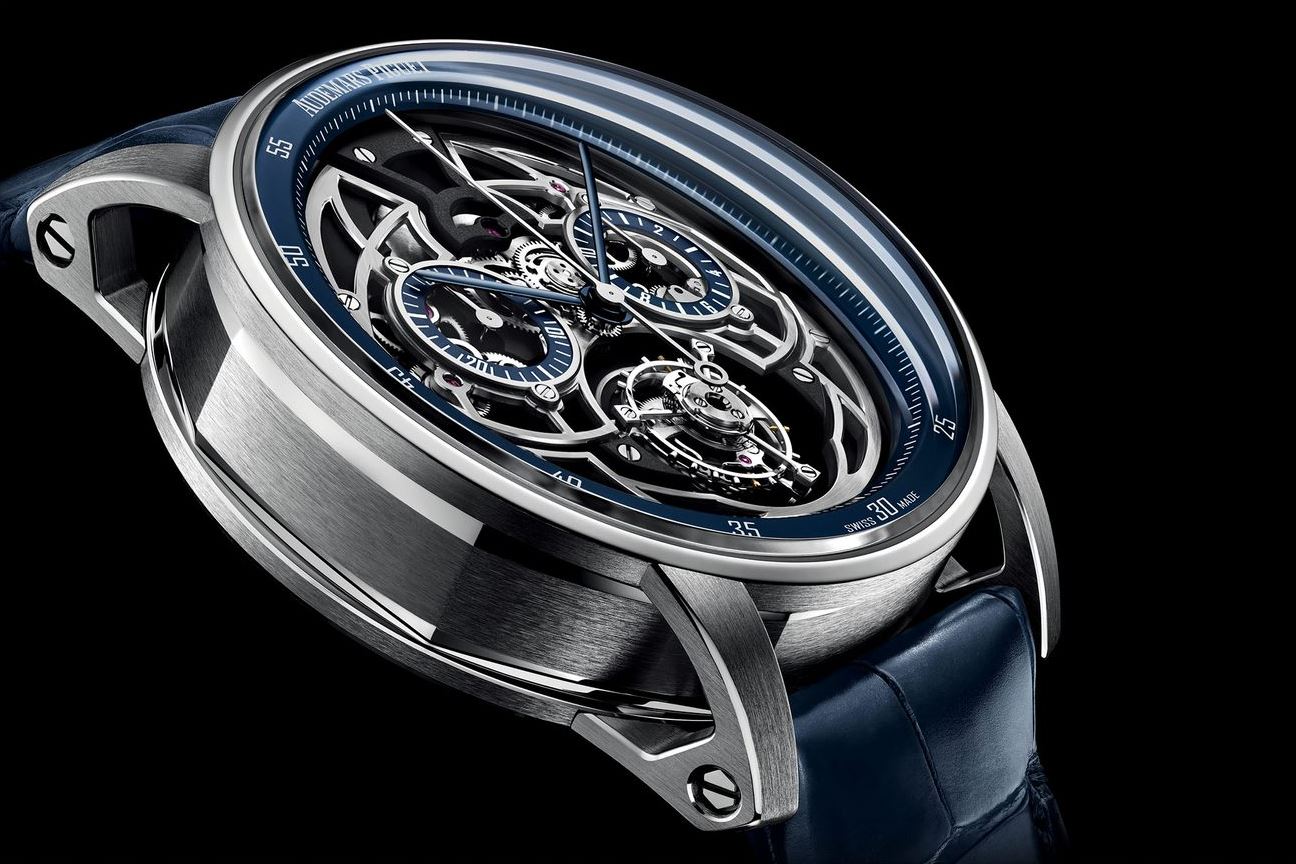