This week, the world continues to struggle with the effects of the coronavirus with cases spiking in various parts of Europe and the USA in addition to the multiple severely plagued Asian countries. Our very own Gigi may be stranded in London as a result of travel bans and so our thoughts are with him as he endeavours to get home. In the world of watches, brands have had to scramble to deal with the drastic slowdown in demand from China as well as the need to rework plans for watch releases in the aftermath of the cancellations of Baselworld and Watches & Wonders (formerly SIHH). Joe Thompson from Hodinkee concisely covered some of the effects in his recent article that you can find here. Still, it is not all doom and gloom as we have had interesting watch releases and fun watch events. So, as with every week, here are 7 things to sum up the week.

After eleven and seventeen years respectively, luxury watch show Salon QP and its affiliated QP Magazine have called it quits. This is, for now, a decision that does not seem to be directly related to the coronavirus. Instead, it is further evidence of how many in the Swiss watch industry have struggled to adapt to a social media world. Despite just acquiring the QP Magazine and the Salon QP event rights just short two years ago from the Telegraph, Hearst UK has concluded that it is “no longer commercially viable” to carry on. Salon QP as a show has been struggling in recent years with brands opting to expend their resources on developing their own retail presence and exhibitions and hence withdrawing from the show.

Rolex makes up 50% of Watches of Switzerland

One brand that has not struggled with changing environment in the past few years is Rolex. According to WatchPro, In its third quarter report for the 2020 financial year (ended 26 January 2020), Watches of Switzerland indicated that Rolex contributed to 53% of its sales revenue. Patek Philippe and Audemars Piguet, the two other brand that are at the forefront of the steel sports model craze made up a measly 9% in total. Watches of Switzerland overall seemed to have performed decently with a 12.8% increase in year-on-year group sales. Nevertheless, it is important to note that the quarter ended on 26 January 2020, just when the coronavirus was really starting to escalate in severity. It would be interesting to see how the company and even strong brands such as Rolex perform in light of this current crisis. Assuming Rolex’s claim that everything is completely Swiss made is true, it might even take up a bigger share of the watch industry’s sales since it would be relatively insulated from supply issues that other brands may face.

No Time to Die release postponed to November

Unlike Rolex, Omega seems to be having a harder time of things. The upcoming Bond movie No Time to Die, has been postponed to November. It was originally slated for release in April this year. The James Bond franchise is arguably Omega’s second most recognizable marketing tool after the moon landing. While die-hard fans of Omega and the 007 movies will no doubt already have their names down on waitlists for the new full titanium Seamaster, it would be the interest of casual fans that Omega loses out on, at least for the time being. It would be interesting though, to see the correlation between the movie’s release date and sales of the latest Seamaster and two new Aqua Terras.

In last week’s round-up, Chris touched on the cancellation of Watches & Wonders and the “postponement” of Baselworld due to the severity of the coronavirus worldwide. This likely threw a wrench in the attendees watch release plans. In comes Bvlgari to fill the void, organizing a pop-up exhibition on the very same dates as Watches & Wonders was supposed to be held on. This has worked out rather well too with brands such Breitling, De Bethune, MB&F, Girard-Perregeaux, Ulysse Nardin and Urwerk coming on board as well. Bvlgari, appear to have managed salvaged a bad a situation, at least until you recall that Bvlgari, just three weeks before pulled out of Baselworld, citing the very same reason that the two watch fairs were in essence cancelled for. It makes you wonder if Bvlgari actually ever cared about the safety of the public or if it the coronavirus provided a timely excuse to pull out.

While Seiko & Grand Seiko had long pulled out of Baselworld, their own watch fair had also been canceled in the past weeks. Instead of planning another watch during the same period however, the brands chose a starkly different strategy. They released everything online, and by everything, I mean everything. Grand Seiko released no less than 8 models, that comprised of Spring Drives, Hi-Beats, hand-engraved dials, steel, gold & platinum cases, dress watches and divers. Coming just days after I submitted my article on Grand Seiko’s bland releases in the earlier part of the year, it feels like Grand Seiko is getting back to form with some interesting innovations. While the hand engraved water-splashing-on-rocks-inspired indices and hands on the SBGW263 may take the cake visually, it was the update to both the Hi-Beat and Spring Drive movements that are the most exciting for the brand going forward. For years, one of the biggest criticisms of the brand has been the thickness of its otherwise dressy offerings. This year, both the Hi-Beat and Spring Drive movements have been reworked to both be slimmer and have longer power reserves. Of course, only time will tell if these movements trickle down to pieces that us mortals can actually afford. Seiko, on the other hand, launched more than 10 models in each of its Prospex (with additions to both its all of its diver subbrands and Alpinist lines) and Presage lines. Originally covered by 9PlusTime here and here, these links have been updated to state that the full release was an error and a far more limited number of watches were to be announced. While that is a little disappointing given some of the interesting pieces in the Alpinist range that were featured, among the current releases, there are still news-worthy watches especially the SPB149J1 which is a slimmer 40.5mm diver which also points and the general direction for the brand. After all, slim divers from Seiko are rarities in the current line-up.

You can find a glimpse of what is to come here, tell Just Watches we sent you

In other 007 related news, Q, the wizard behind all of James Bond’s gadgets is getting his very own watch, a Swatch Q. Unlike the utilitarian aesthetic found on James Bond’s Seamaster or the new 007 Aqua Terra, the Swatch Q is designed to looked technologically intriguing and complicated though ironically, it is powered by a quartz movement. It is perhaps somewhat inconsistent given that it features a seemingly open-worked dial that seems to suggest a complicated mechanical movement at its heart. Movement and design inconsistencies aside, it is a fun watch to tie in with the movie and gives fans of the franchise a little something to enjoy that doesn’t cost four-figures. This should be a instant hit.

To round off the week, Nodus continues its world tour, this time visiting Kuala Lumpur, Malaysia, and Singapore. Wes, one half of the dynamic duo that founded the company, was a pleasure to speak to and he graciously showed us one of two limited edition Sector Field that features a vibrant turquoise dial which he made solely for his mother. He also whet the appetite with a prototype that I sadly cannot speak of as yet but absolutely blew my mind. Stay tuned to what they have in store for this year.

So that is it for the week. On a final note, Nashville in Tennessee, USA, home to the lovely ladies from TennandTwo, was hit by a devastating tornado earlier this week. Currently, the Nashville Watch Club is organizing a fundraiser to help those who are affected. While this is not watch related per se, at times like these, we should rally and help if we are able to, more so because two of our own are directly affected. If you are able to, you can contribute here to this good cause. Thank you. 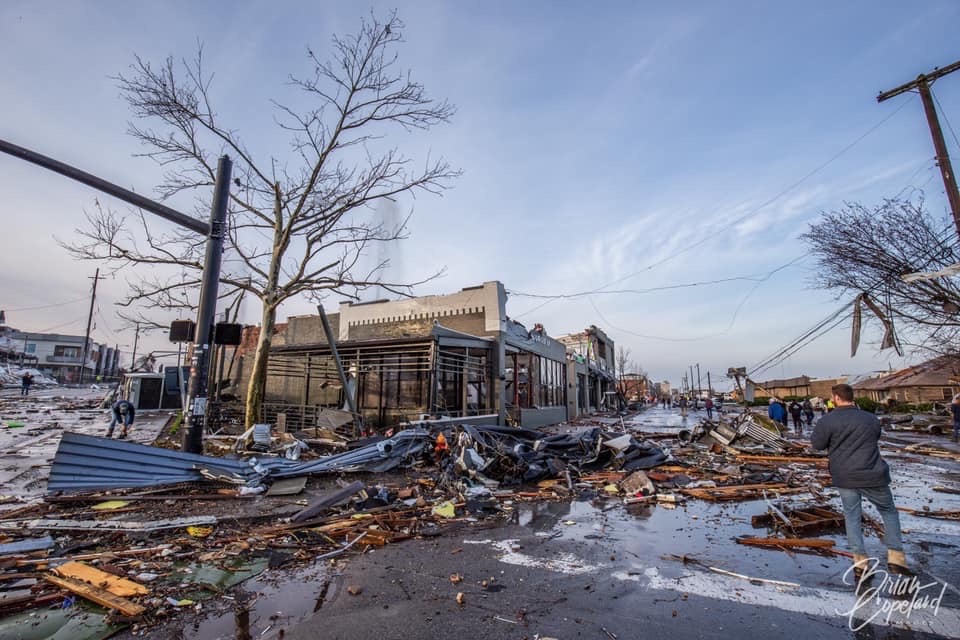