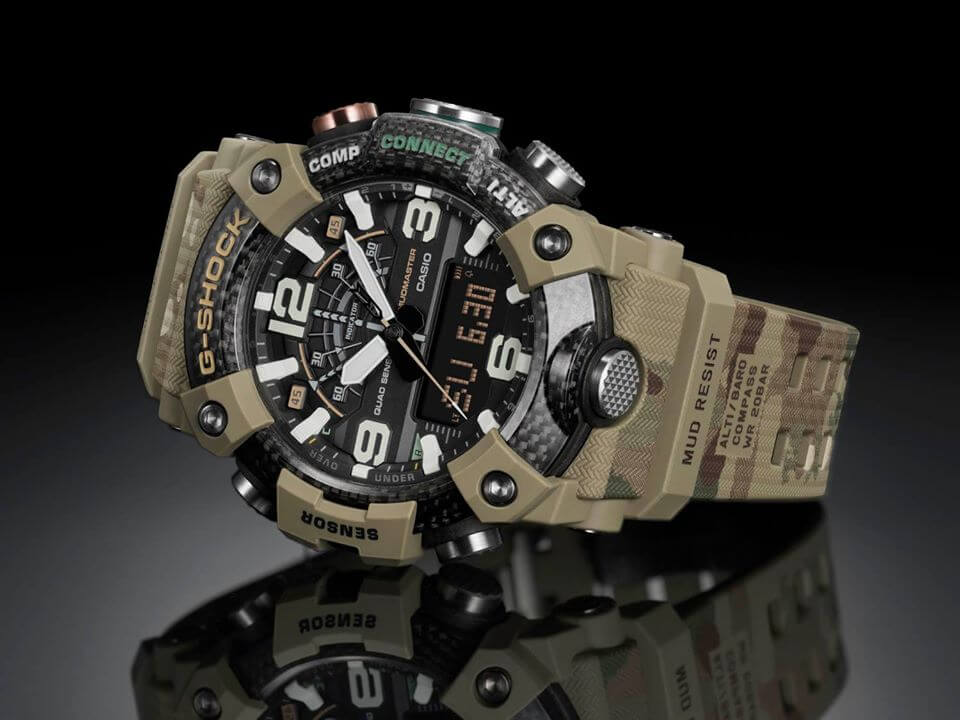 Casio have just announced their next new launch from their highly popular and successful G-Shock brand. It’s a new entry in their Mudmaster range and it’s also the first model from a new bespoke collection as an official partner to HM Armed Forces. With the collaboration, Casio have forged a partnership that positions them as an official supplier for the Mod – a move which will inevitably delight military watch collectors. 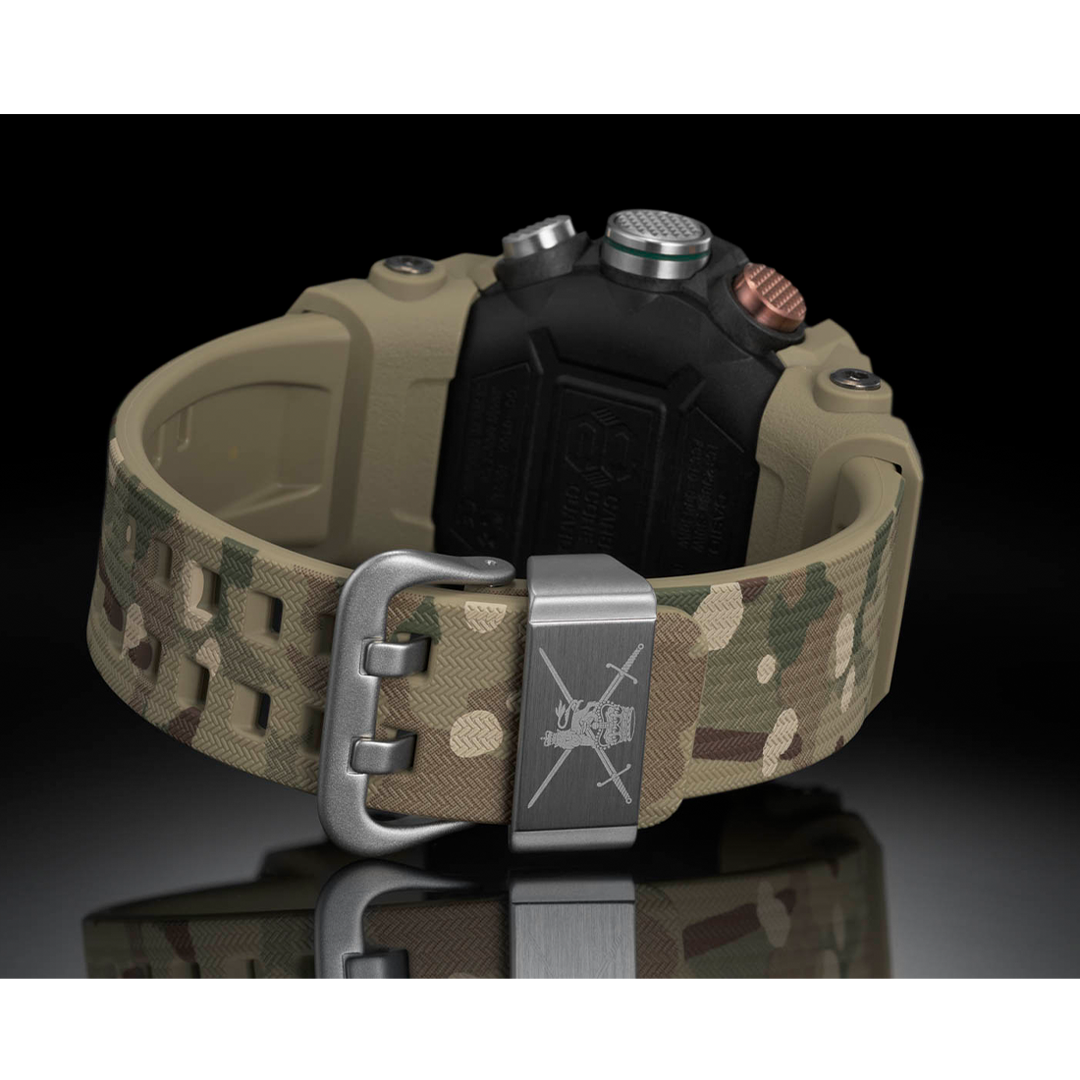 The partnership with G-Shock is a logical one for the British Army, with many on and off-duty servicemen across the globe turning to G-Shock as their timepiece of choice. The brand built its following by developing an unbreakable timepiece. The G-Shock was conceived as a watch which would have triple 10 resistance. This meant it would have a battery life of 10 years, water-resistance of 10 bar (100m) and could survive a fall of 10 feet. These characteristics are what made it complement the active duty lifestyle to a tee. 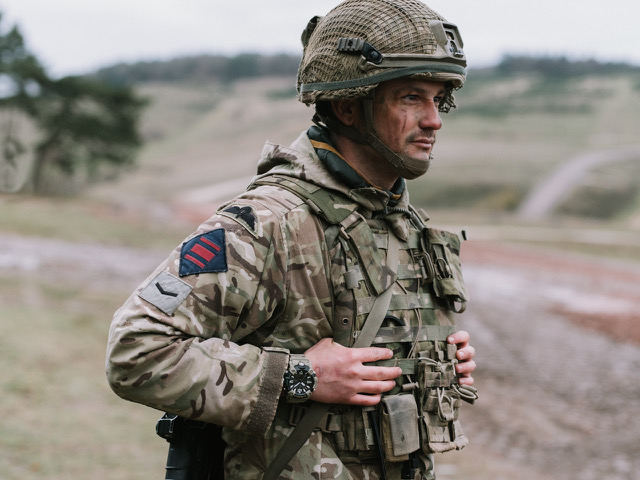 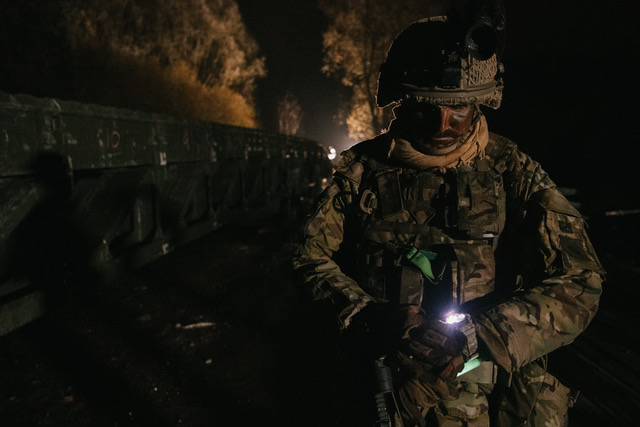 The special edition Mudmaster features a camouflage design inspired by the Army’s own Multi-Terrain Pattern. Furthermore, the model sports a stealth-black dial with an inverted LCD display and beige-tinted digits. This was specifically requested by the British Army so as not to attract undue attention when worn on operations. Completing the look is a beige band with a camouflage pattern and a stainless steel band keeper with the British Army insignia. 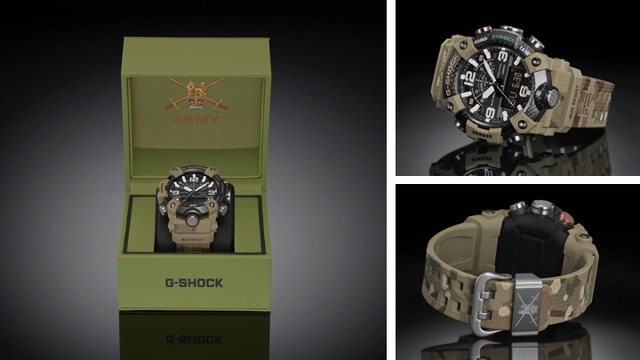 This special Mudmaster collaboration comprises many new features, including location and activity-tracking technology. For example, as part of the Bluetooth® connectivity capabilities via the G-Shock Connected App, it is equipped with a special function within the app that provides a location indicator, mission log memory, location memory, sunrise and sunset data, calories burned and more. 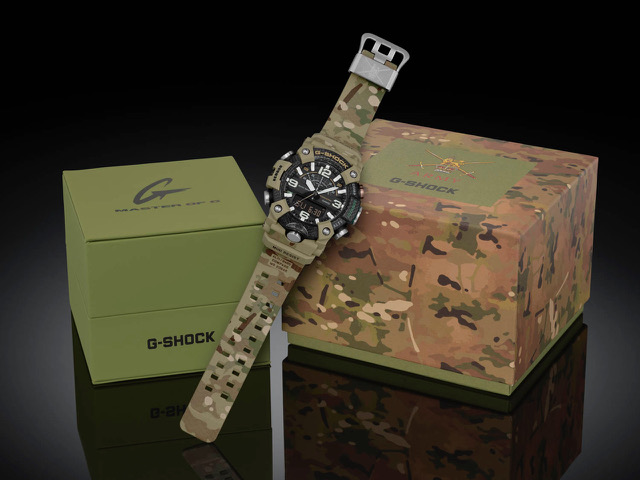 Major features of the GG-B100BA-1A include: