It has been a busy period in the world of watches, with several major events coming and going recently. Windup Watch Fair 2019 (check out our roundup here) just a three weeks ago, GPHG and Only Watch (we also covered those here and here) just last week. This weekend, we have yet another auction, one that has a very special item up for sale; a complete set of the British Military “Dirty Dozen” W.W.W Wrist Watches.

Everyone loves a good story. While I may have been drawn into this hobby because of the diverse aesthetic appeal of watches, it was the stories that kept me. Hearing of the Rolex’s Explorer’s scaling of Everest summit or Omega’s Speedmaster’s conquest of the moon was charming and had a sense of romanticism. And it doesn’t really get much better than with the Dirty Dozen. This is a series of watches, that was not built with an eye on future marketing, and I say this with no disrespect intended to anything Rolex or Omega has done. These were built in a time where there was no room to mess around, no room to think of future profits. These were built sole for pure unadulterated utility. 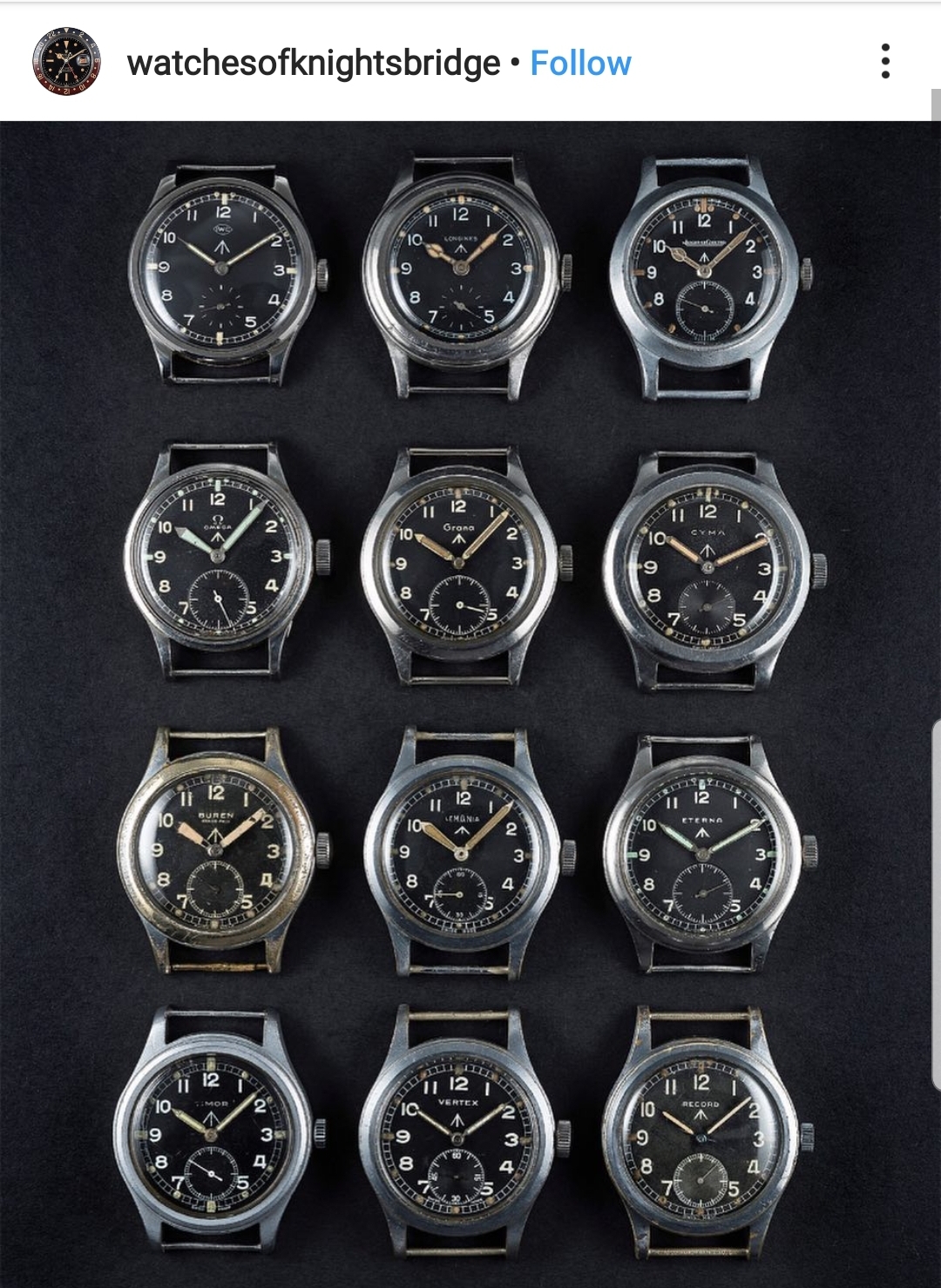 For those unfamiliar with the story, in World War II, the British Military required watches that suited the rigours of combat life far better than the in-use modified civilian wristwatches. At that point of time, the British watchmaking industry had already lost out to the Swiss due to its failure to adapt to mass production, and what companies remained had been repurposed to aid in manufacturing military equipment. Naturally, the British Ministry of Defence (MoD) turned to the Swiss. Without the constraints of having to use a national company, practicality became the foremost concern and so instead of partnering with any one company, the MoD issued a specification sheet instead to all companies. The watches had to be stainless steel, 35 to 38mm wide, and waterproof. In addition, it had to have a black dial with sub-seconds, luminous Arabic numerals and hands, a railroad minute track, and a shatterproof crystal. The case back had to feature the W.W.W initials which stood for Wrist, Watch, Waterproof and a broad arrow which indicated that this was the property of the Her Majesty’s Government.

12 Swiss companies stepped up to the plate; Buren, Cyma, Eterna, IWC, Grana, Jaeger-LeCoultre (“JLC”), Lemania, Longines, Omega, Record, Timor and Vertex; hence the name “Dirty Dozen”. Ironically, because these brands were only able to deliver the watches towards the end of 1945, it is rumoured that a vast majority of 145,000 or so watches were not participants of World War II. That does not mean that they didn’t witness war, as they continued to be issued to the special units i.e. any non-infantry units, in the British Military in the years following. Interestingly, watches from the Dirty Dozen were eventually also found to have been used by the Dutch, Indonesian and Pakistani military. 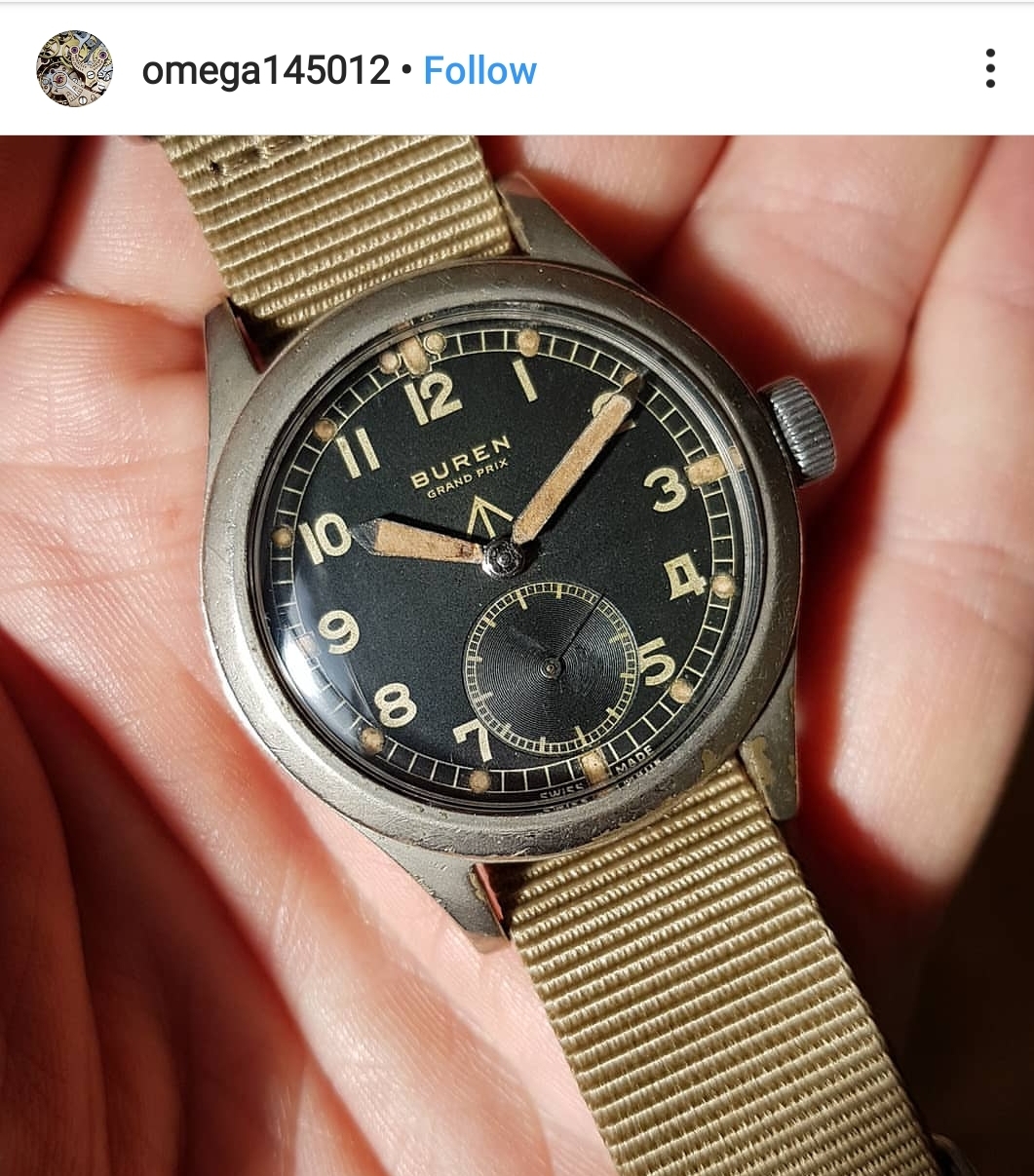 Back in the present, it is not difficult nowadays to pick up individual pieces of the Dirty Dozen watches. In fact, because of the relatively large number produced, one could be had at reasonable prices though prices have increased significantly over the years. At the Watches of Knightsbridge in 2016, the Longines iteration sold at £1,400 and the Omega variant sold at £850. A cursory check on Chrono24 have asking prices for these same pieces at about £2,000 to £7,000. Still compared to the likes of a Rolex Milsub which typically go for more than £100,000, these are very attainable prices. Even a Grana, which only produced an estimated 1,000 to 5,000 pieces which makes it the rarest of all, sold at a Trevanion & Dean auction for “only” about £9,000. That is on par with most limited edition Omegas today, despite Omega’s limited editions typically consisting of more pieces than what Grana produced. 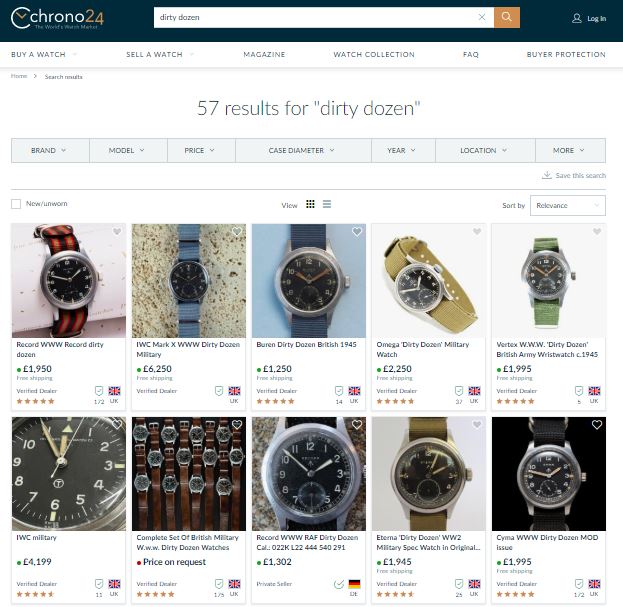 Perhaps what is more difficult would be ascertaining whether the Dirty Dozen watches for sale today are authentic. Given the practicality reigned supreme in those days, servicing the Dirty Dozen watches often meant generic replacement dials and mixed casebacks and parts i.e. from other brands in the Dirty Dozen. After all, it was essential for them to get back into useable condition, originality be-damned. Dials containing radium and promethium lume were also replaced for non-radioactive lumed dials in the 1960s. Moreover, these watches were no safe queens, given their intended use in military warfare. As such, purchasing one would require careful research and knowledge of these watches, their various parts and details. After all, it is the details that make these watches unique. 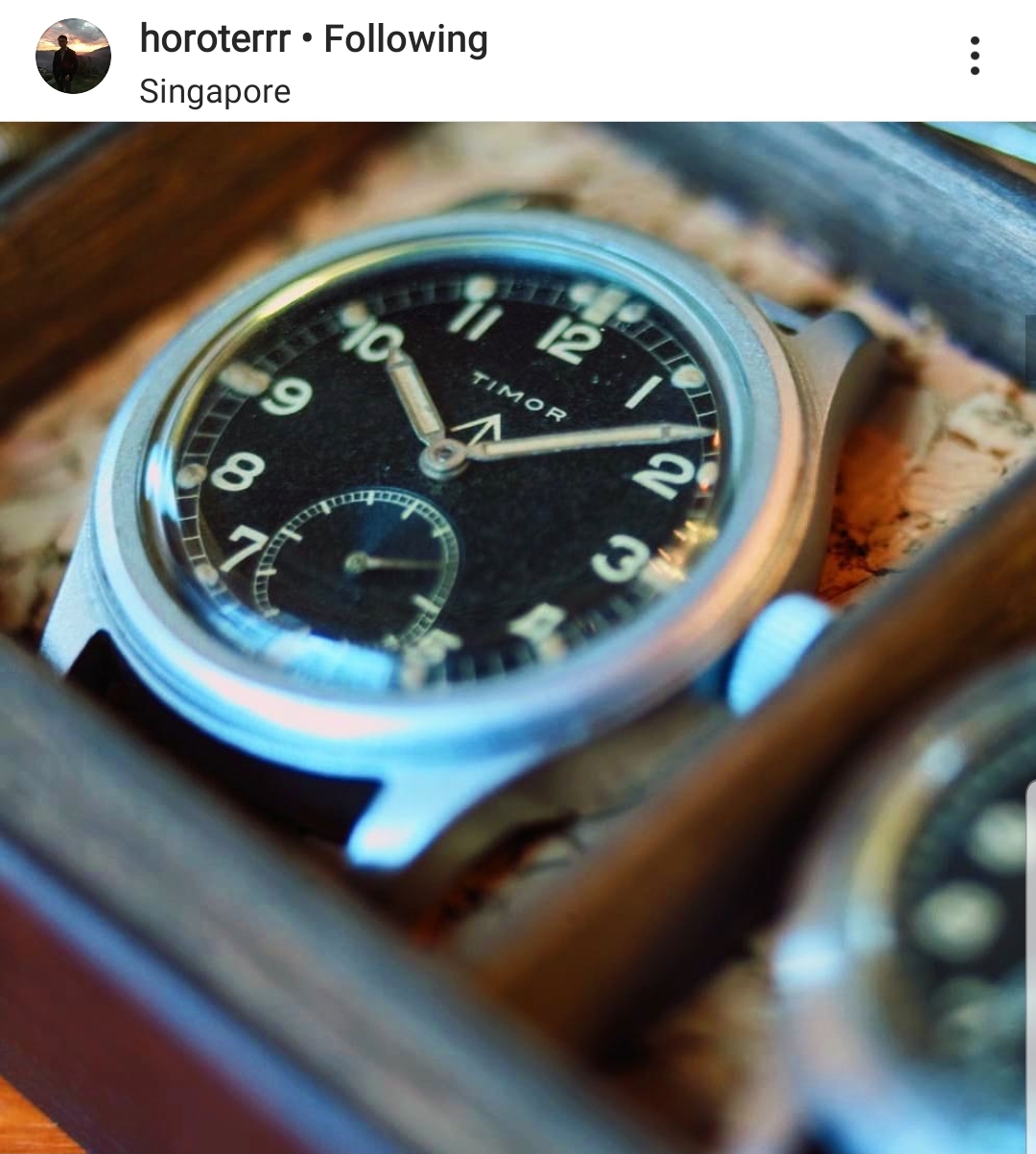 Needless to say, full collections of Dirty Dozen watches are far harder to come by than individual pieces. In recent years, with the trend of reissuing vintage watches in full swing, various watch brands such as Longines have tapped on their military heritage. While I am a fan of such pieces (check out my review of the Longines Military Heritage here), it also is extremely unlikely that one could compile a modern version of the Dirty Dozen, in no small part because only half of these brands i.e. Cyma which is a vastly different company from what it used to be, IWC, JLC, Longines, Omega and Vertex still exist today. On a side note, Grana today has become Certina, Record was swallowed by Longines and there is an ongoing attempt to revive Timor via Kickstarter. More significantly, it would be almost impossible to get the cohesive look that the Dirty Dozen has while retaining the individuality of each piece. These factors work together to make the collection that is on offer at the upcoming Watches of Knightsbridge a very niche proposition. 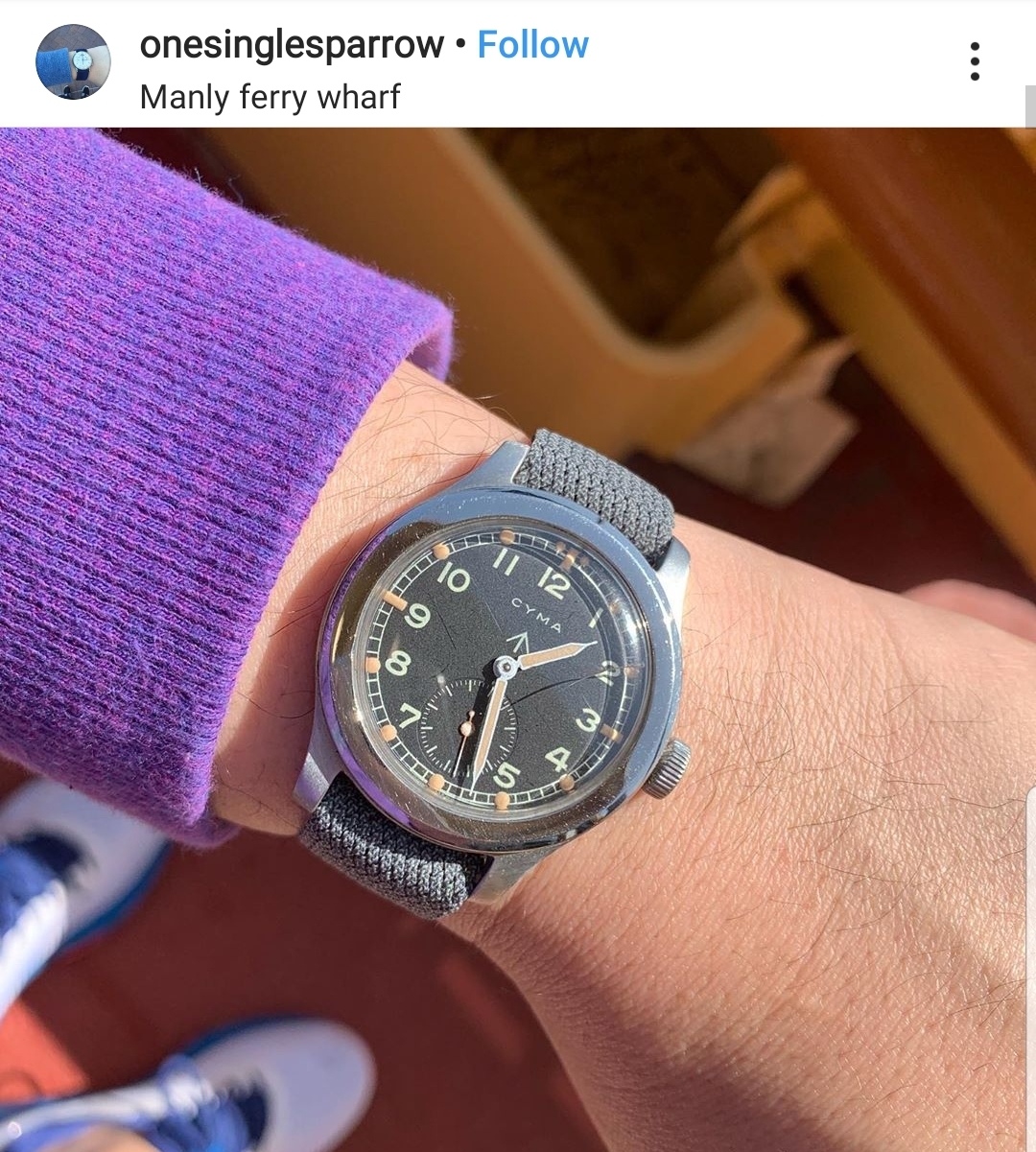 The estimated price to is extremely appealing, topping out at £40,000, even if not all the watches in this collection feature an accurate matching case back. I don’t mean to belittle anybody’s taste or preference, it is telling of the current state of the watch industry that an entire collection such as this could go for less than a modern in production Patek Philippe Nautilus. That’s even before we get into comparisons with watches like the Tudor Black Bay Ceramic that sold for way more at the recent Only Watch. Of course, I admit that I am ignoring a ton of other factors that affect such prices but I believe the point is still valid. It will be interesting to see how much this collection ultimately sells for. 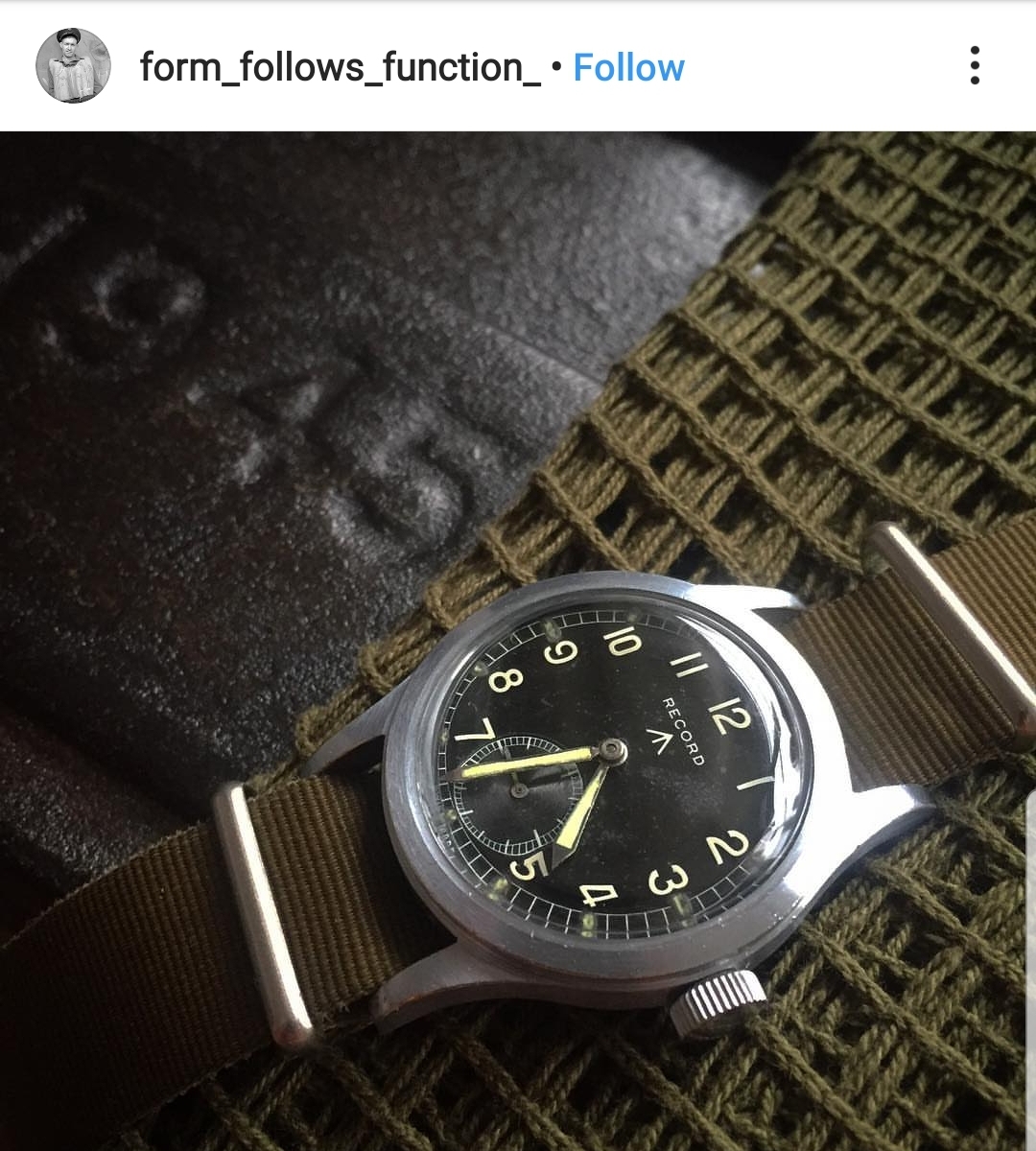 To sum up, I have to first say that war is never desired or good and those that have past were full of horrors that I can never even begin to imagine or understand. Nevertheless, there is something extremely charming and romantic about the notion of watches that were made and used by soldiers giving their all for their countries, for what they believed was right. Today, amidst all the talk about investment value and watches as luxury items,  perhaps this collection will remind us that watches were once, and should still be, meant to be used, meant to be enjoyed on the wrist, meant to tell us stories of bygone men and women and hopefully in the future, our stories as well. 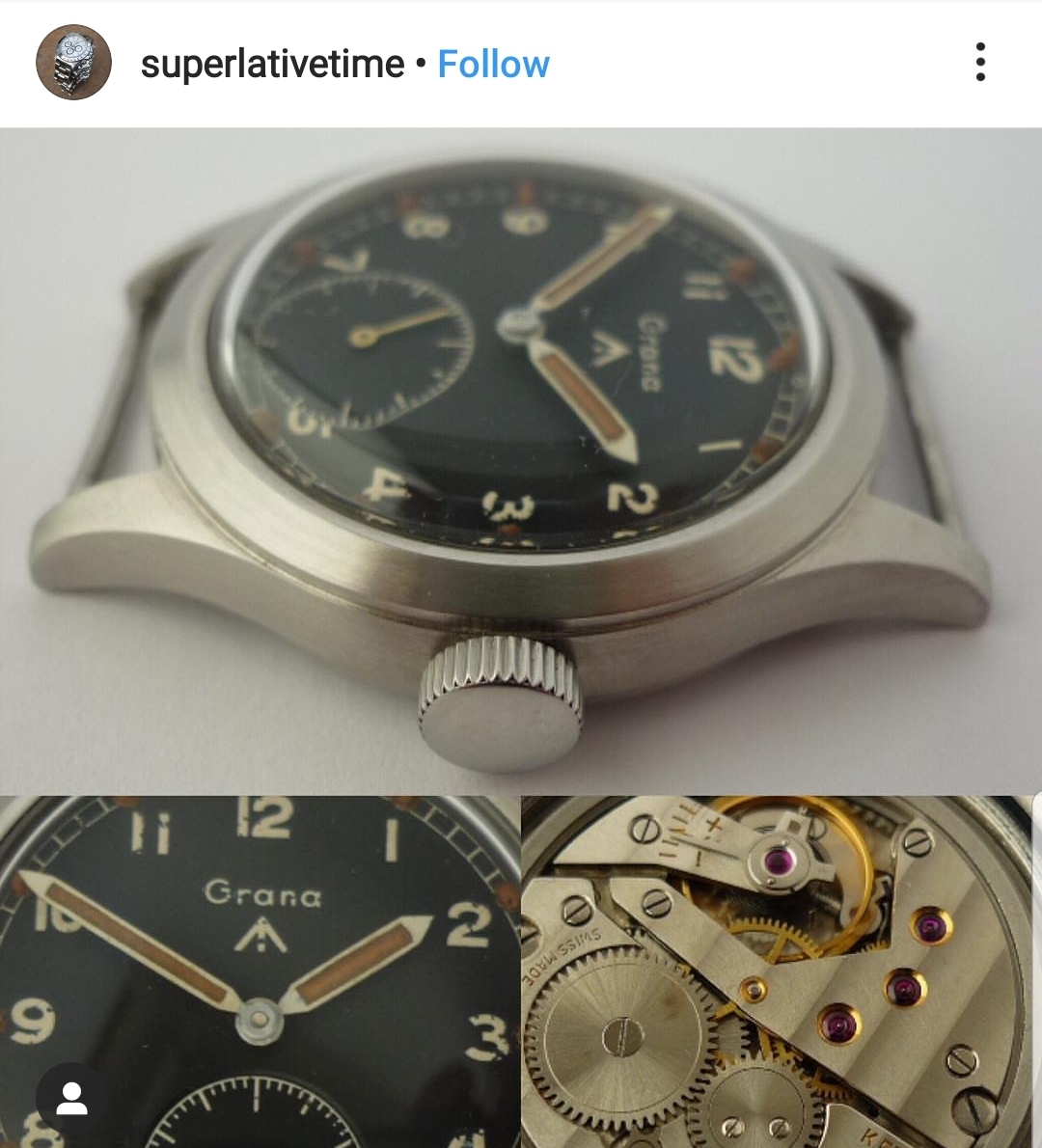