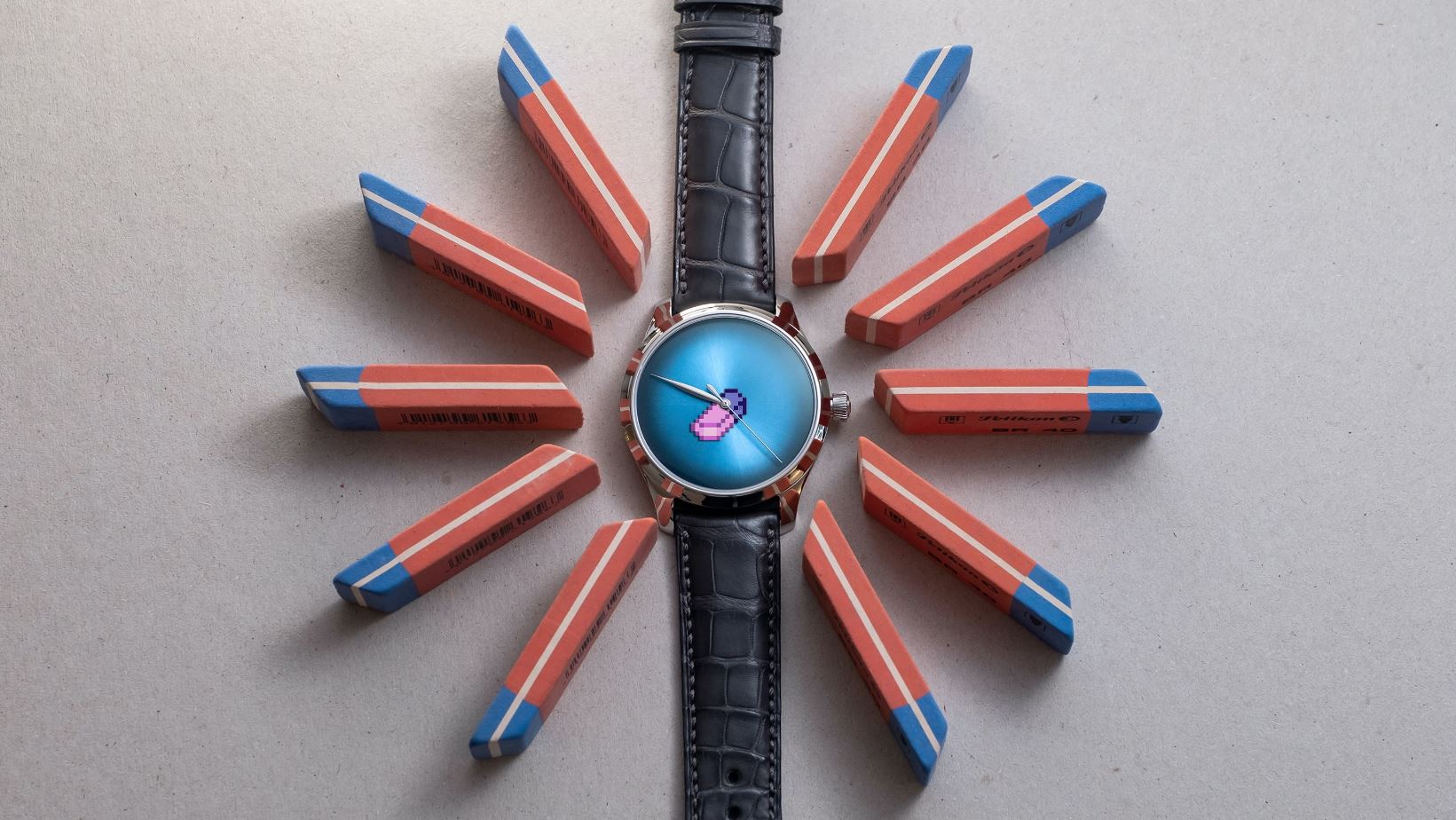 There is a sense of the calm before a storm this week, with Watches & Wonders starting on 7 April 2021 where many of the major brands will be releasing their new watches for the year. So this week let’s have something of a breather with rumours of Rolex’s watch release plans, Audemars Piguet making moves to earn more, a historical watch evoking strong feelings before its auction, modern technology making its way into watch sales and releases from Cartier and Moser. These are the top 7 things in the world of watches last week. Let’s get into it.

Rolex rumoured to discontinue the Cellini? 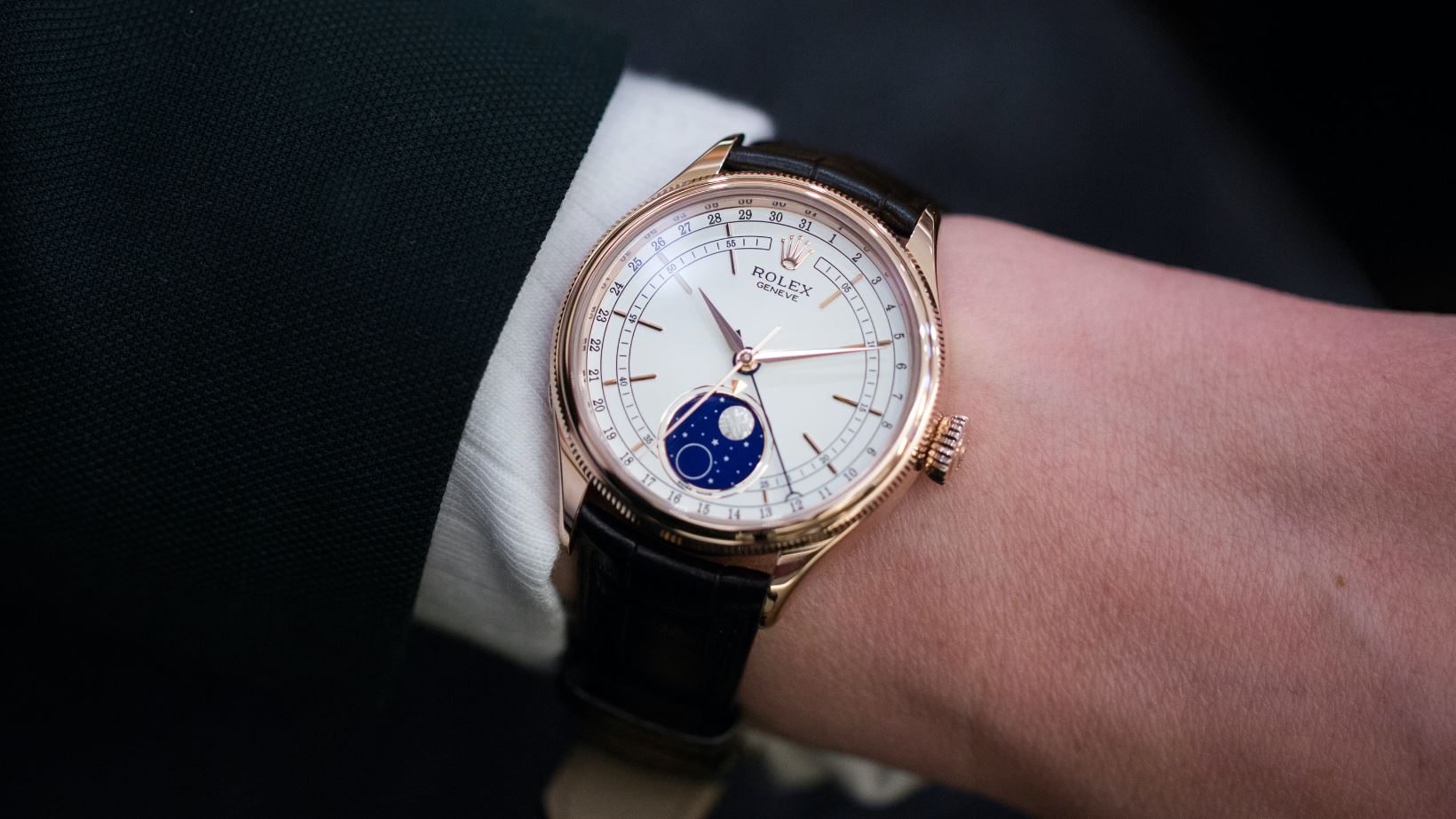 In recent years, Rolex watches have become something of an investment asset, with most at least holding its value and many appreciating in value the instant it leaves an authorised dealer for the first time. One collection that does not have the same investment grade would be the Cellini. It doesn’t seem to be much of a wonder then, that the brand is rumoured to discontinue this series that is named Italian goldsmith and sculptor, Benvenuto Cellini. What is interesting is that Rolex is not removing the odd ball of its line-up entirely as one might imagine but rather replacing it with a new dress watch series named the Vienna. While most of the hype next week would be around Rolex’s latest iteration of its Explorer 2 offerings, I for one would be interested to check out what updates the brand brings to its dress watch collection. 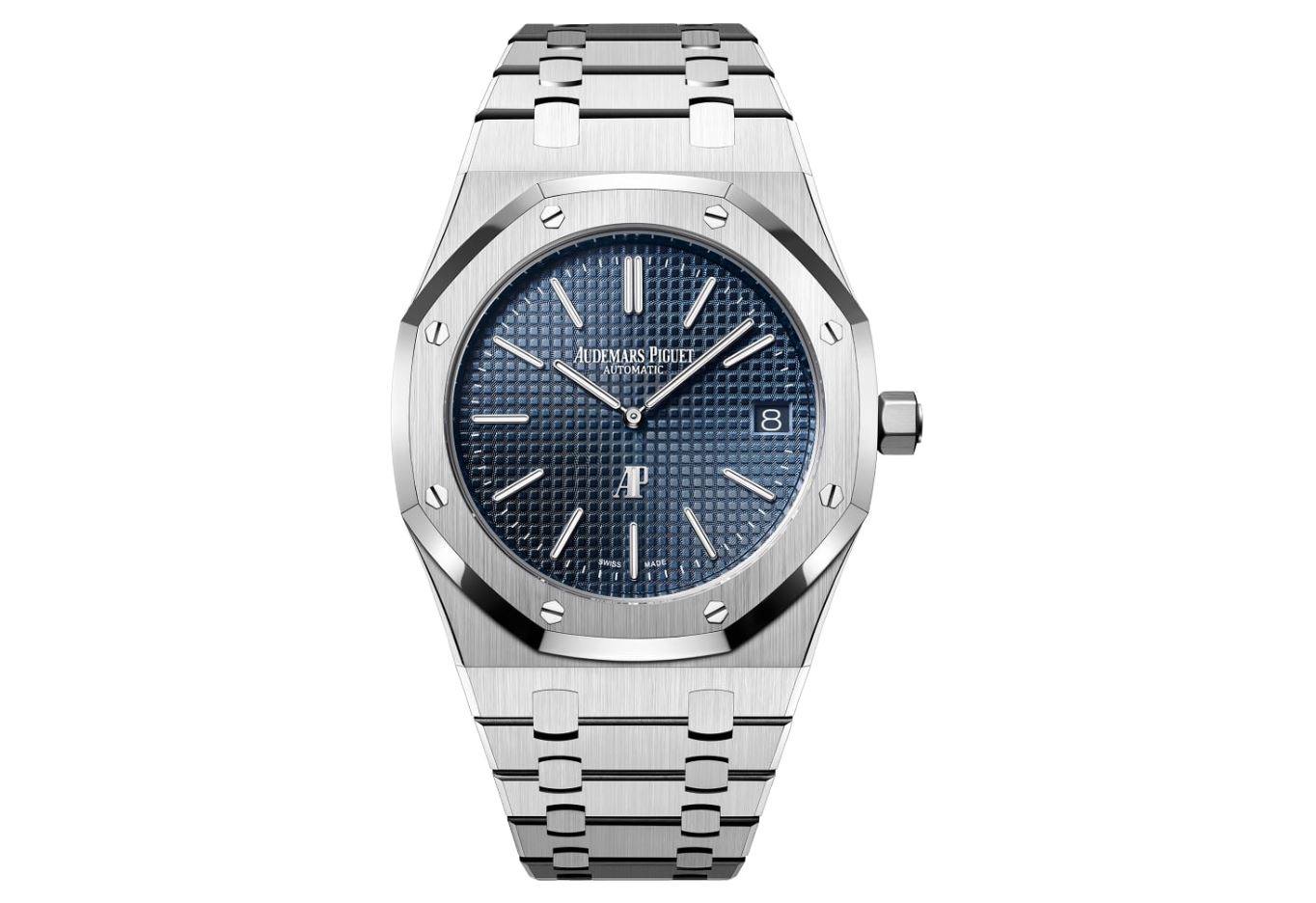 Hot on the heels of Patek Philippe’s discontinuation of its Nautilus, Audemars Piguet has just announced the discontinuation of the Royal Oak “Jumbo” 15202. In many ways, this news seem to embody the way the paths of Audemars Piguet and Patek Philippe over the years since they were both blessed with Gerald Genta’s steel sports luxury watches. Where the latter has made calculated conscious choices to preserve its brand identity and not allow it to be overwhelmed by and over reliant on just one watch, the formers has appeared to be more keen on milking the cow as much as possible. In this instance, Patek Philippe’s discontinuation purportedly leaked due to a list sent to retailers, while Audemars Piguet appears to have intentionally disclosed it, via an interview with CEO Francois Bennahmias gave on AP Social Club. One has to wonder if this choice was a reaction to Patek Philippe’s discontinuation of the Nautilus and what the purpose of this move was. Unlike Patek Philippe, whose decision is clearly in line with its goals to keep the brand’s identity as a dress watch maker, Audemars Piguet has long become synonymous with the Royal Oak. Moreover, given the fact that waiting lists for this model isn’t likely to reduce anytime soon, this decision does not seem to have much benefit besides boosting the second hand market. Perhaps we will find out when the replacement is released. 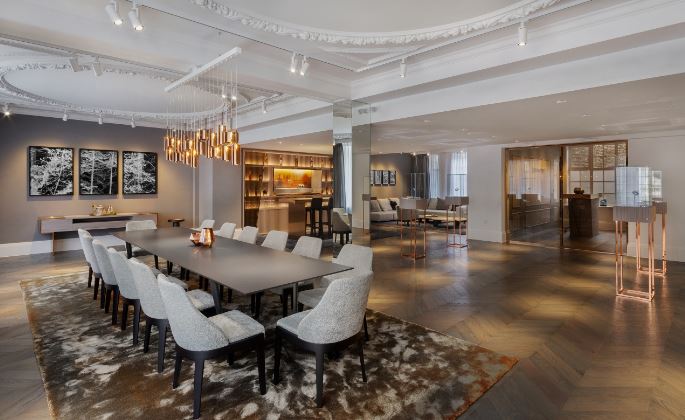 One move that Audemars Piguet has made which makes a whole lot of sense is its launch of AP Houses. AP Houses have been designed to give potential clients a full luxury experience, with bars, lounges, dining and living rooms meant to facilitate conversations about fine watches.  This approach seems to have paid off. In the same interview above, it was stated that customers spend about 3-4 times more in AP Houses that they would have in a regular authorised dealer. All the benefit goes to the brand too with AP Houses being owned directly by Audemars Piguet. Audemars Piguet intends to continue launching these houses, with AP Houses to open in New York, Tokyo and Milan this year. 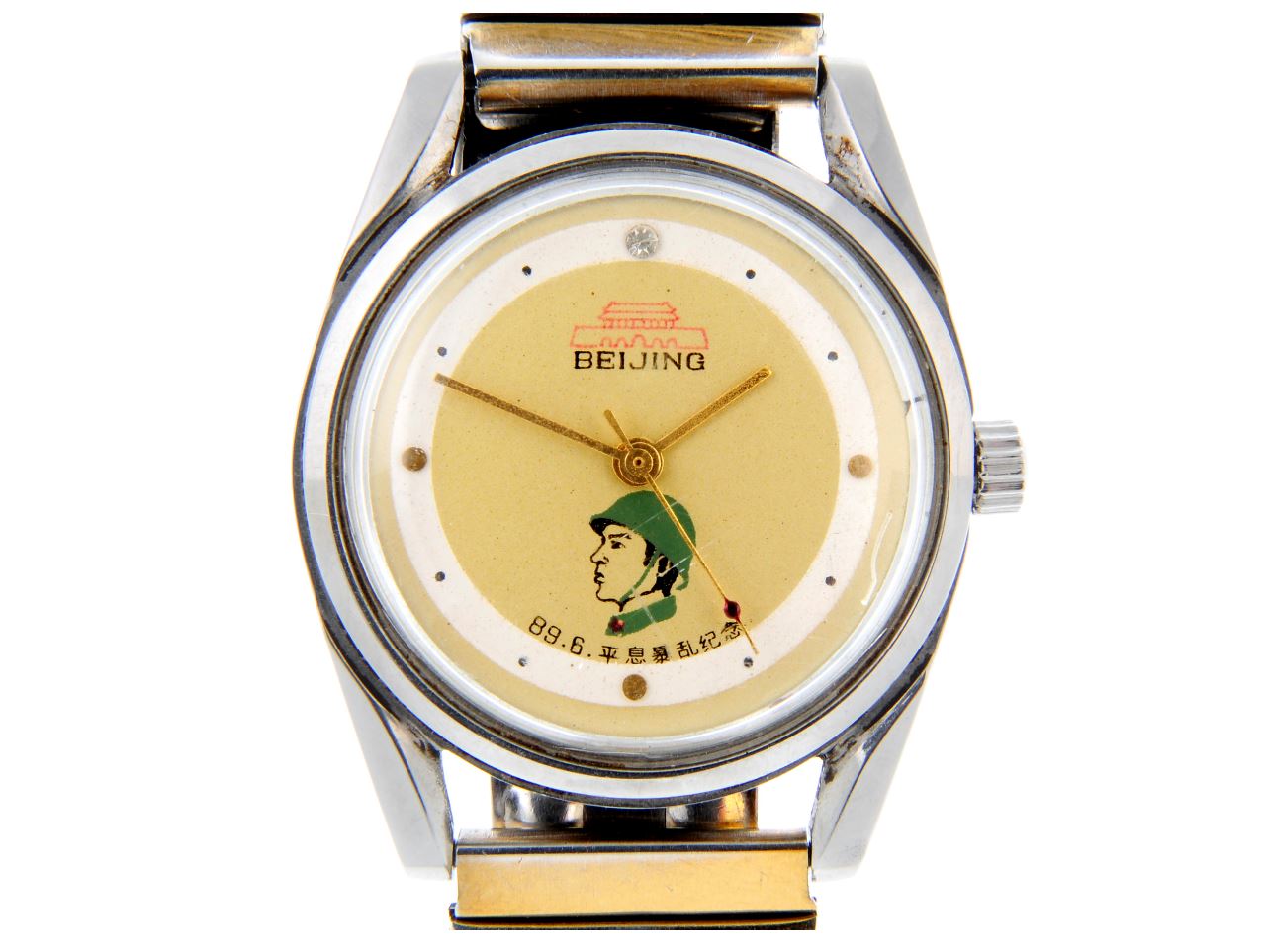 In the world of watches, nothing stirs up collectors’ and enthusiasts’ passion quite like a historically relevant watch from bygone decades, often a military watch. However, one such piece that came across UK based Fellows auction catalogue became the cause of so much controversy when death threats were sent to the owner on social media. The watch in question? A watch given to Beijing troops in 1989 for suppressing the protests at Tianamen Square and inscribed with “89.6 In Commemoration of Quelling the Rebellion”. While there is nothing illegal in selling watches relating to immense tragic acts of violence, watches like these certainly pose an uncomfortable moral question. In this instance, Fellows has chosen to withdraw the watch from auction for its owner’s safety though the auction house states “It is not our place to comment on events of the past. It is important for us to shine a light on historical events and report upon them in a respectful and unbiased manner.” 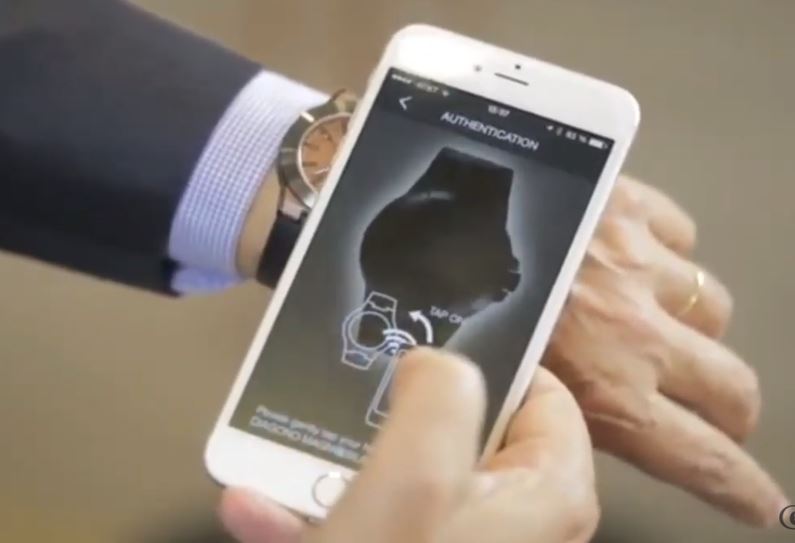 WISeKey International Holding has announced the first ever auction of a Non-Fungible Token luxury watch. While the mechanics are complicated, in essence what this means is the auction would be a one of a kind digital copy of the watch. The watch up for auction is the Hublot Bigger Bang All Black Tourbillon Chronograph “Special Piece” that belongs to Jean-Claude Biver.

Scottish Watches Podcast #200 : The Jean-Claude Biver Interview – And Its Been Worth The Wait

It is an interesting concept to wrap our heads around, given that the original physical watch would still remain in Jean-Claude Biver’s possession. Still it will be interesting to see how this technology progresses in the luxury watch space, having already made waves in the world of art. 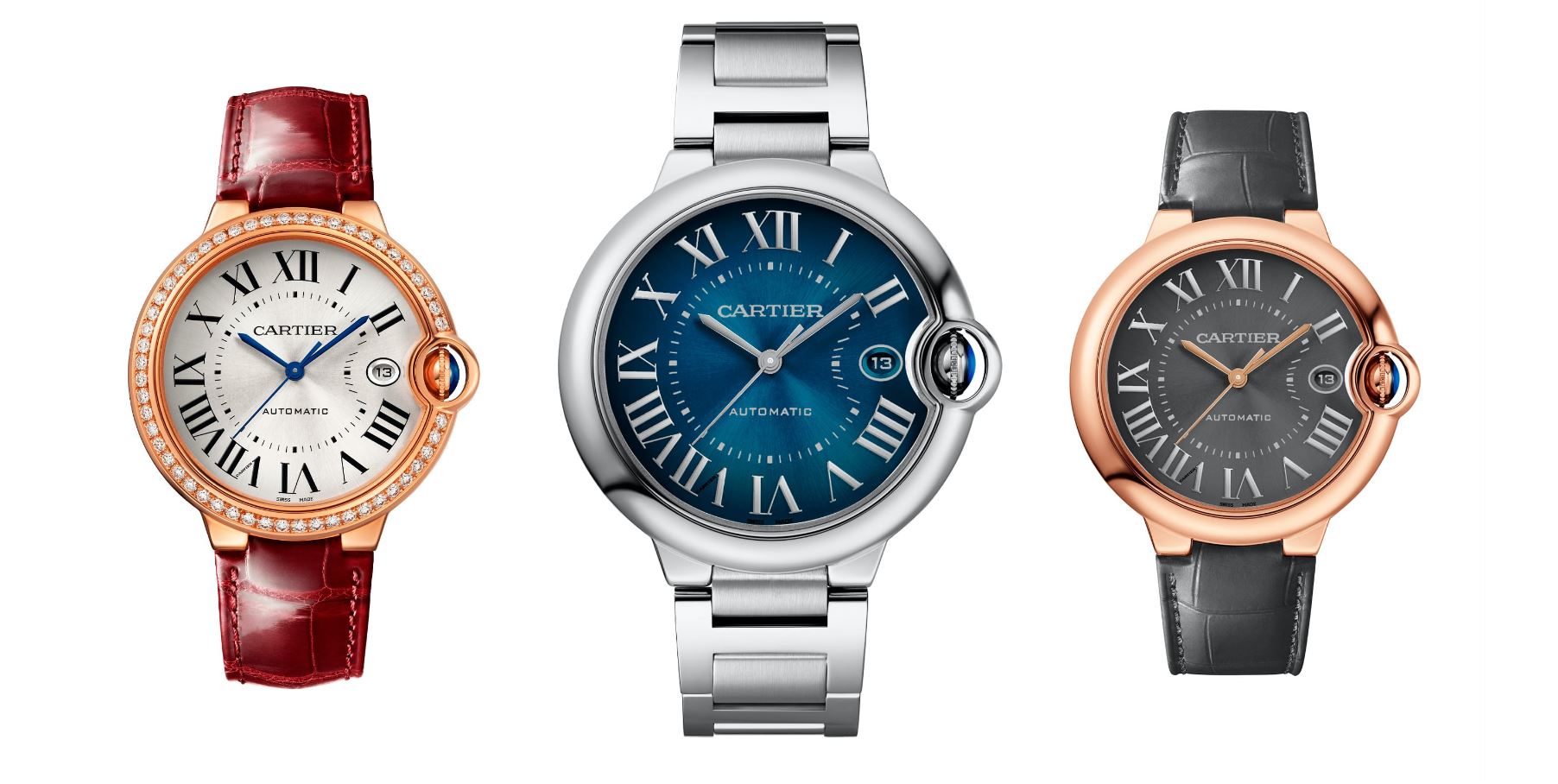 Cartier is often overlooked as a watchmaker because of its deserved reputation as a luxury jeweller. However, when considered with an open mind, Cartier is capable of some interesting designs. The Ballon Bleu de Cartier is one of those collections, featuring a mostly round case and a unique crown protector. It is also one of Cartier’s bestsellers since its debut in 2007. Now the brand has added a new size to the collection at 40mm to round out a collection that already features sizes in 28mm, 33mm, 36mm and 42mm. It is a very commonly wearable size and a move that fans of this collection would welcome given the large jump between 36mm and 42mm. With a variety of options in steel, two tone and gold and a wide mix of dials, this addition would likely only boost this already hot favourite from the brand. 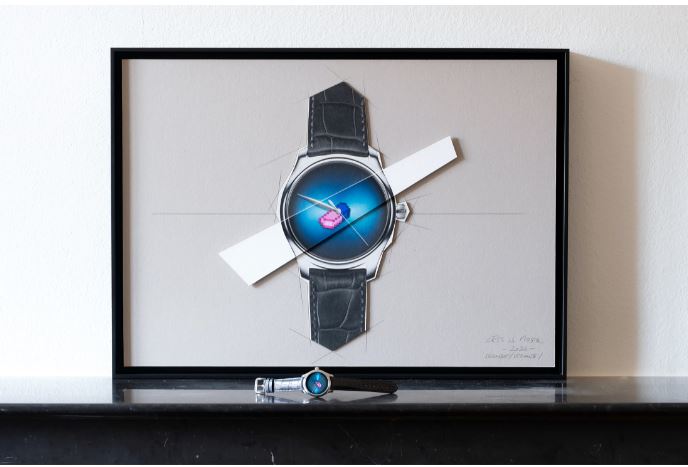 Moser is on the other end of the spectrum when compared with Cartier. Where the latter has established itself as a watchmaker for the masses, H. Moser is extremely niche and often a developer of watches that are intriguing but not immediate choices for most. It has also made a name for itself by announcing tongue-in-cheek April Fool’s watches that sometimes come to fruition.

Well, this year, the brand released a watch that required second looks to make sure it was not another April Fool’s prank, a watch that has a pixelated eraser as an hour hand. With H. Moser’s Endeavour Centre Seconds as the base, the brand’s perfect collaboration with seconde/seconde/ features a hallmark blue sunburst fume dial. According to H. Moser, this watch is meant more as a work of art than a watch, and it is not hard to see why. The watch’s availability certainly makes this watch collectible with only 20 pieces made. Overall, another fantastic release from the brand. 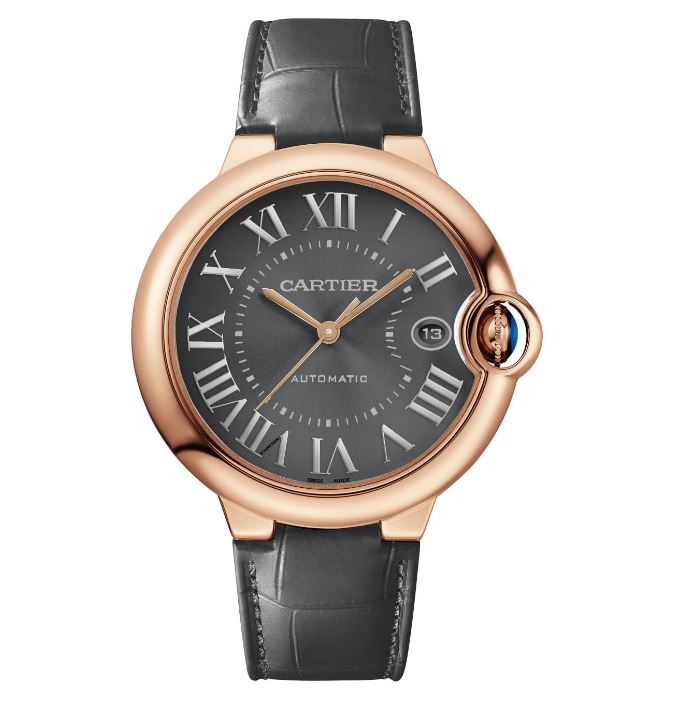