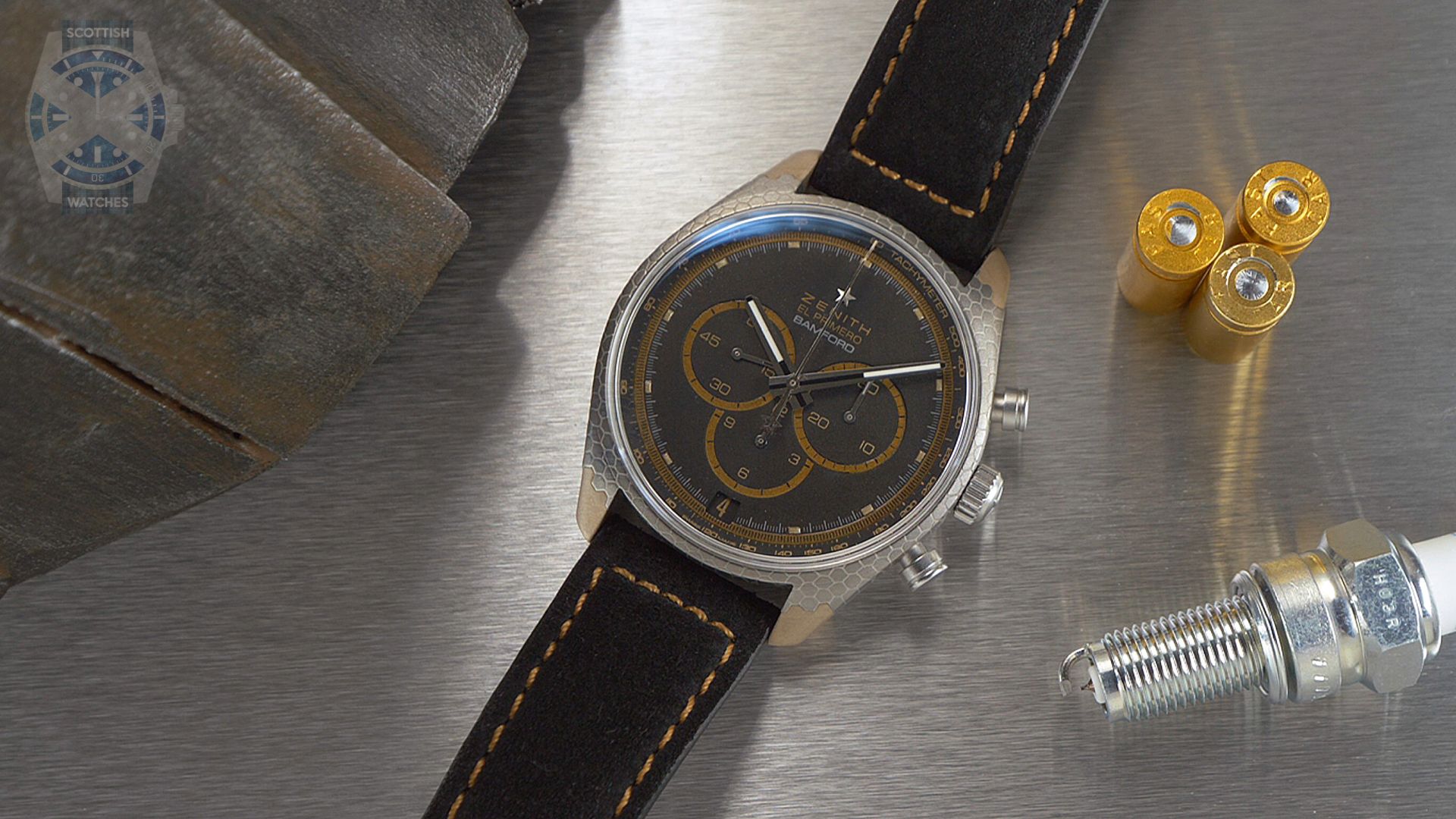 Sometimes you might think that something has reached its peak coolness. Let’s take the venerable Zenith El Primero for example. This cult-like watch has changed little over the past few decades. You might have thought “There is no way to make this watch cooler than it already is”. Then someone like James Thompson of Black Badger comes along and screws with your head and has you questioning yourself and life in ways you never considered possible.

View the 60 Second video promo then read on …

For the uninitiated, Black Badger has been doing crazy cool stuff with crazy cool materials for some time now, and is perhaps most well known for the rings and other pieces of futuristic jewellery he makes. His work has earned him celebrity fans too – most fittingly, Robert Downey Junior (yes, Iron Man himself – and yes that is an Iron Man 2 “Whiplash” replica helmet in the video and photos) has been spotted wearing one of Black Badgers creations on multiple occasions. 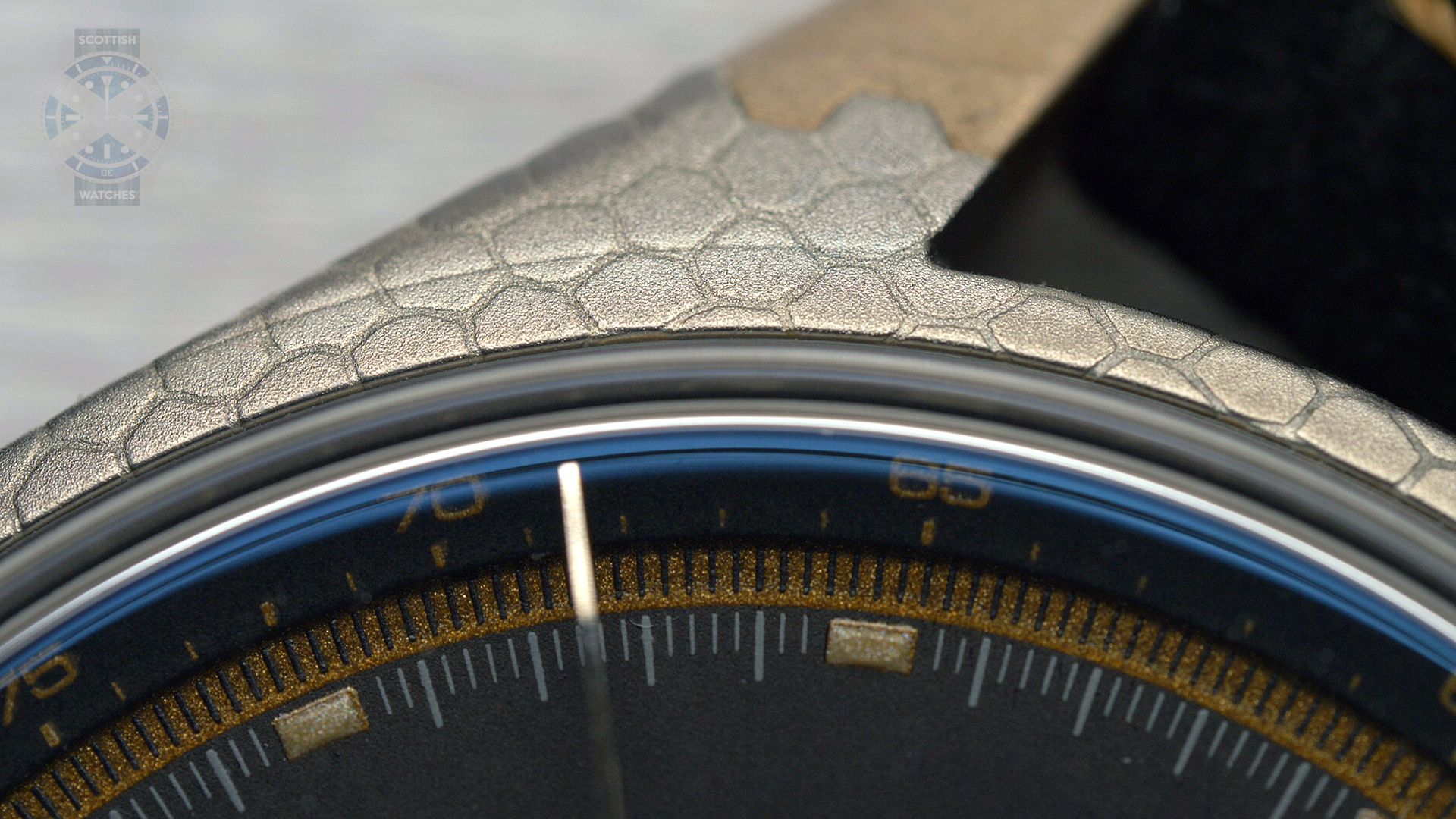 He uses  advanced materials like carbon fibre, fordite, super magnesium and superconductor, plus an in-house luminous compound like no other. Thus Superluminova-based composite, known as Badgerite, has earned him the nickname “God of Lume” and quite rightly so. 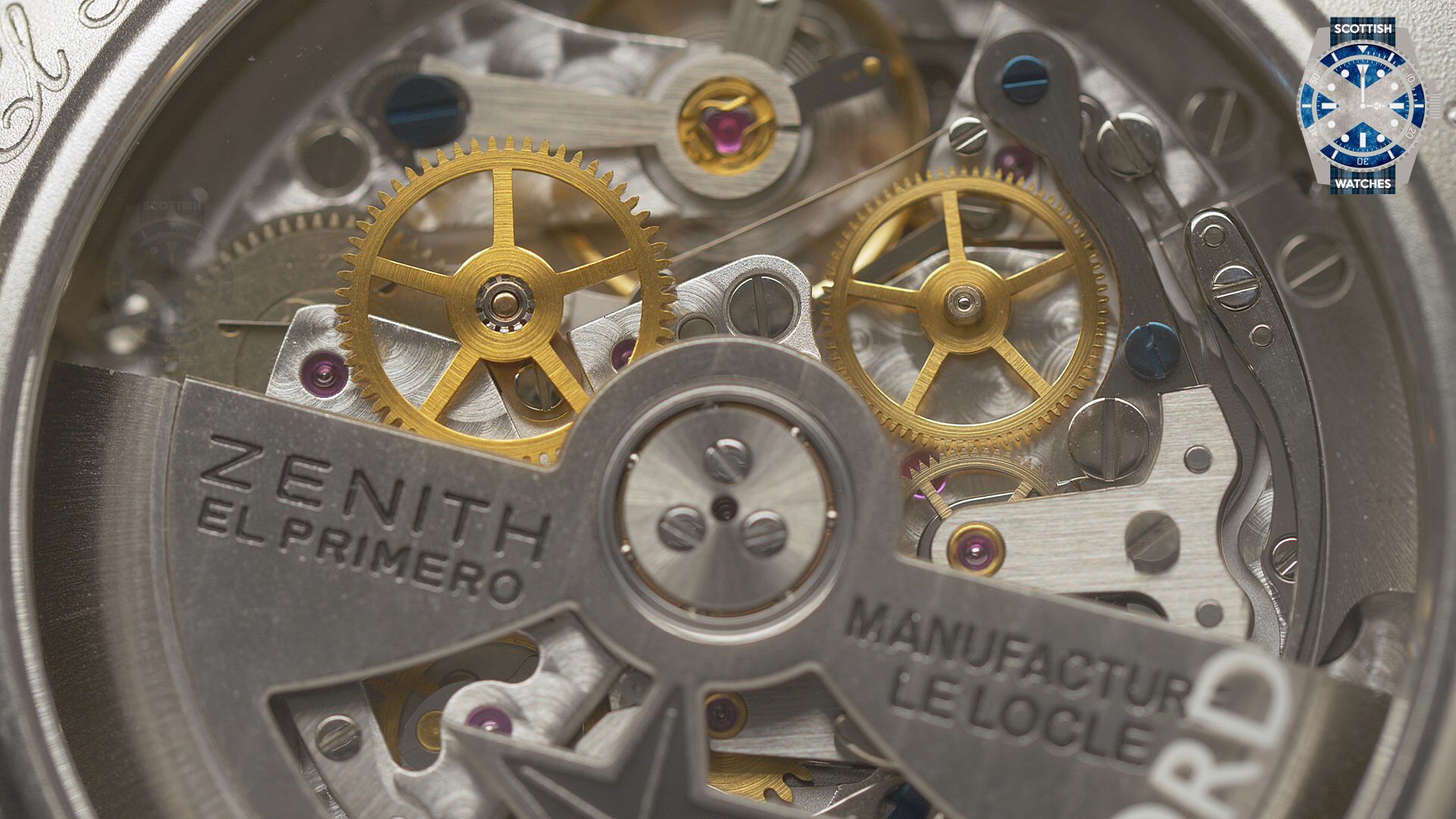 Over the past couple of years, The Badger’s work with advanced composite materials and modern-day alchemy has piqued the interest of some pretty big names in the watchmaking industry, due to the endless crossover and potential it offers. Black Badger has worked on collaborations with MB&F, De Dethune, and more recently he has formed a strong working relationship with George Bamford of Bamford Watch Department. 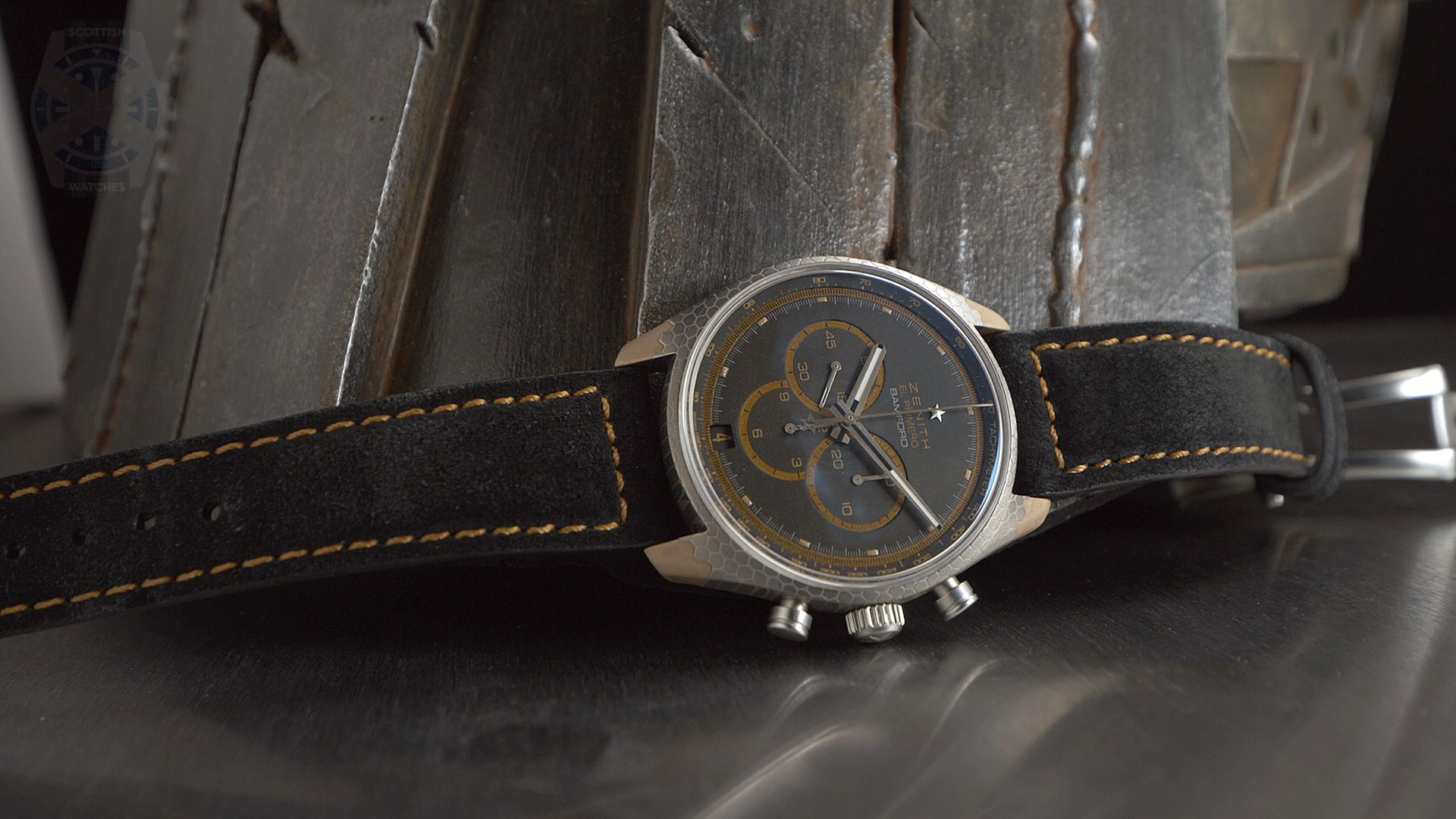 Bamford Watch Department (BWD) is officially authorised as a partner of brands such as Tag Heuer and Zenith. Indeed Black Badger has already worked with Bamford on two previous Tag Heuer Carrera projects: the psychedelic Fordite-dialled model and a whacky, yet ingenious, coffee-dialled model. Yes you read that correctly…a dial made of coffee. 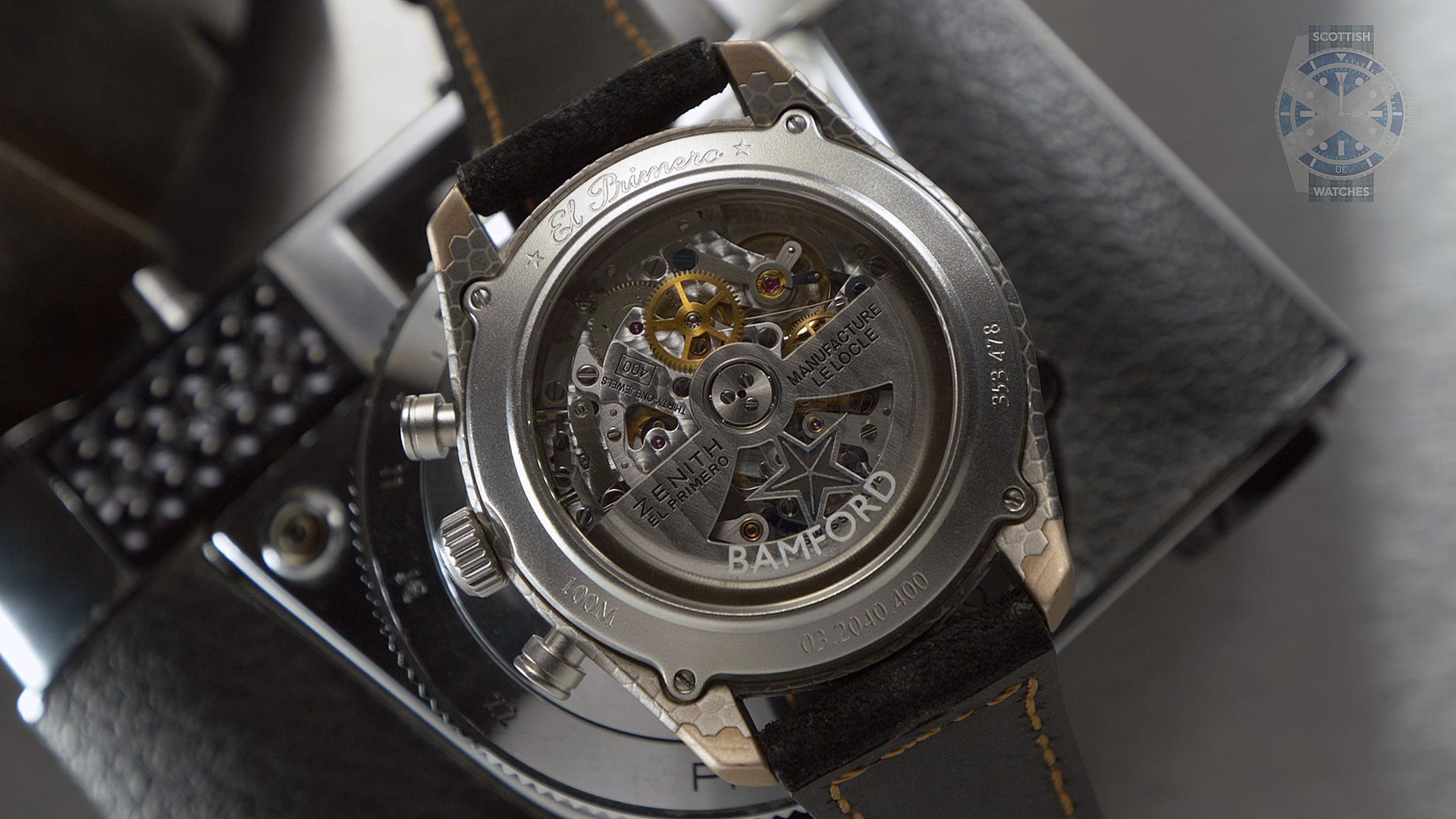 The watch features a case made of copper niobium. This material is a superconductor which, unsurprisingly given the name, conducts electricity really rather well. Traditionally it is used in applications where transferring massive amounts of electrical energy is required: MRI machines, particle accelerators, even nuclear reactors. The unique material gets its signature looks from hexagonal-shaped filaments of niobium housed within a copper surround. This finished arrangement imbues an organic and futuristic honeycomb pattern that wouldn’t look out of place on the lightcycles from Tron. 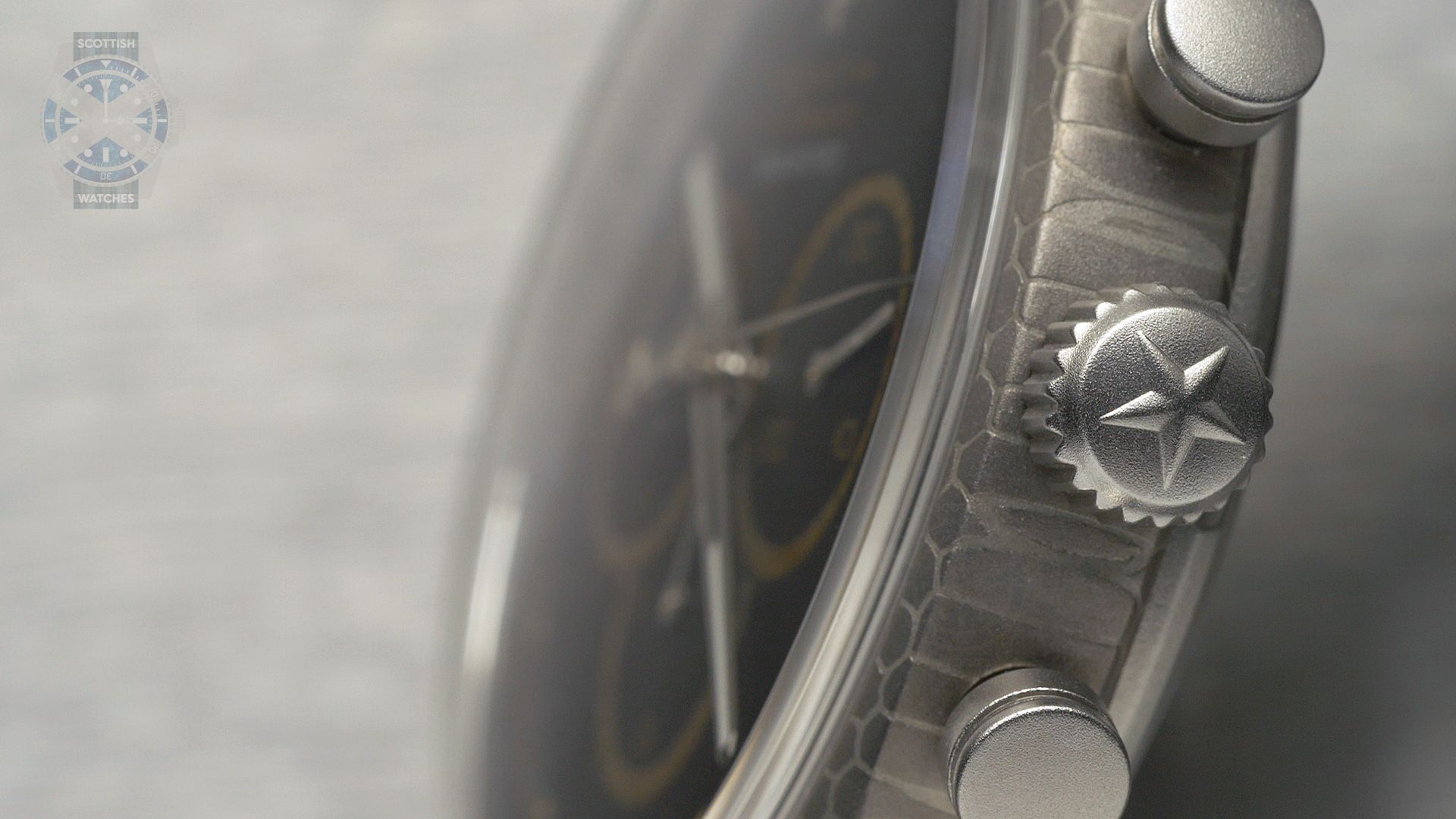 To further enhance the striking visuals the material is bathed in an acid mix to lightly etch away at the copper, but leave the niobium filaments intact. This then causes what Black Badger describes as “an almost dystopian future decay”.

Copper Niobium? WTF is that? 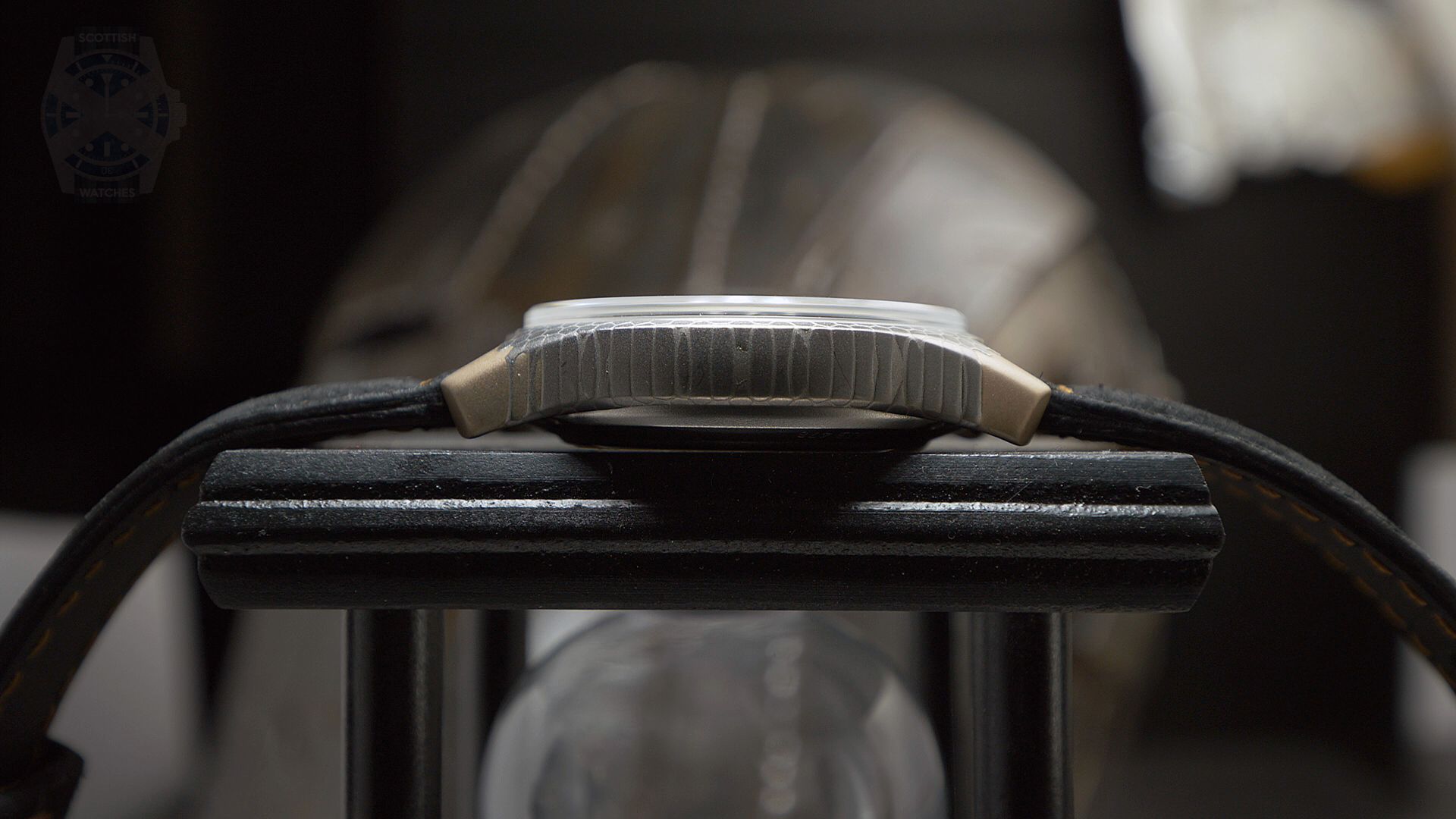 If you’re like me, copper niobium is not something you’ll have likely come across in your day-to-day life. This fact only adds to the mystery surrounding the material. I reached out to Black Badger to find out a little more about it and why it’s so cool:

SW: You’ve been using this superconductor, copper niobium, in your work for some time now. Why do you love it so much?

BB: Yes I’ve been using superconductor (a few different variants of it) in my rings since about 2016 or so. It’s a challenge and a half as you can’t exactly pop into the hardware store and pick up a bag of the stuff. The structure of the material is where my love for it comes from. Superconductor like this is a hybrid material; a matrix of two metals each with different electrical properties. It does all these spectacular sci-fi things, but I’m really just in it for the physical appearance. This futuristic honeycomb look is just the coolest thing ever, in my opinion.

SW: When did it first appear on your radar and how?

BB: I have some pretty cool material contacts that make things like this possible. If memory serves me correctly the material we used for the watch case came from a particle accelerator at an American university. It’s seriously cool being able to say something like that! 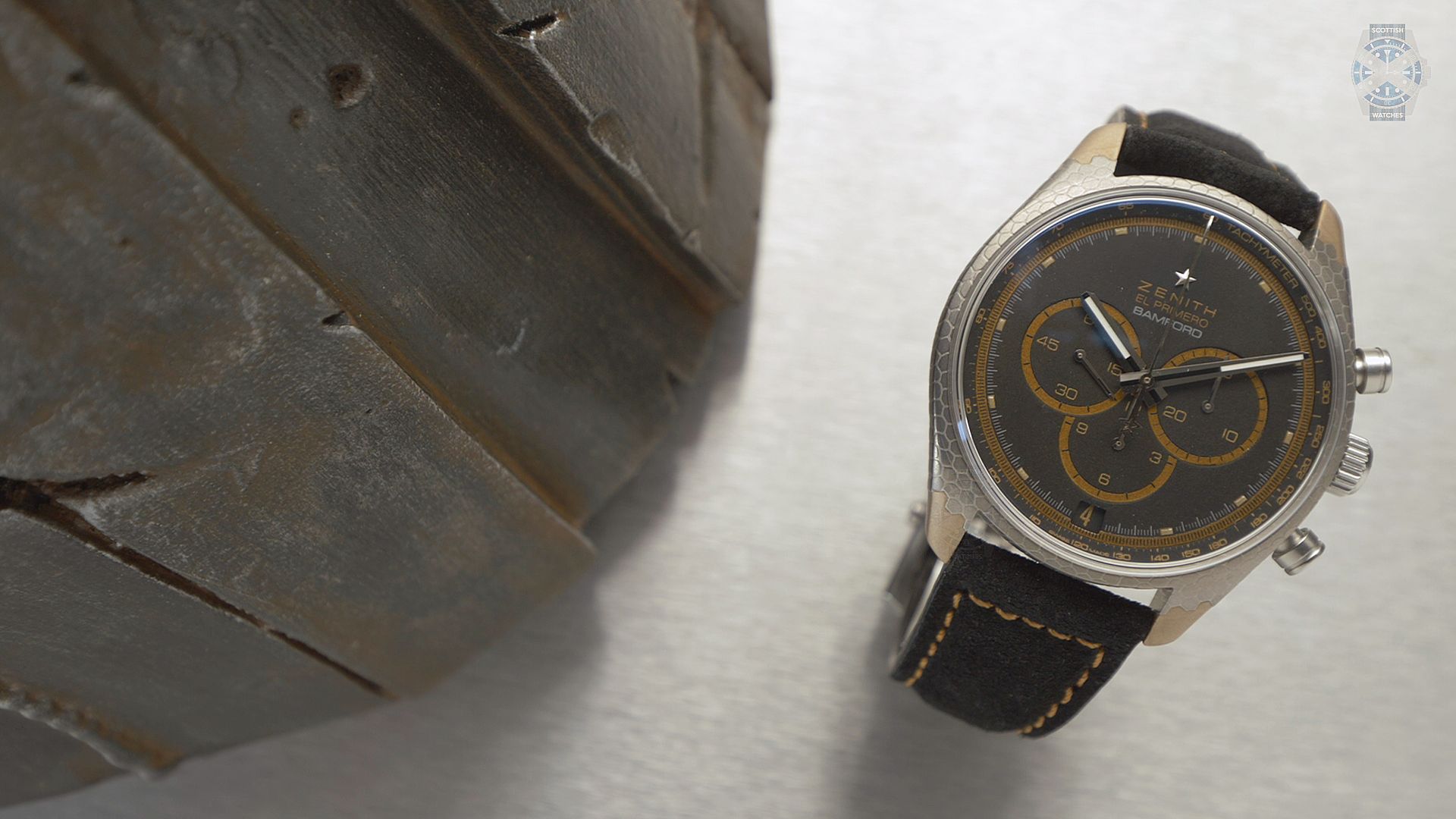 SW: When did you realise it might make a badass watch case material, and how did you and BWD go about making that happen?

BB: It’s funny but a lot of these crazy ideas that came to be the foundation of the BWD Badgerworks collaboration with Bamford came out of a meeting George and I had at the Bamford Townhouse a few years ago. We were throwing crazy ideas back and forth but it was when I took out my small hard case with a number of my rings, and some small material samples, in it that we really started realizing we were onto something. If I hadn’t been wearing a ring with Fordite in it, that first BWD Badgerworks watch might never have happened! Seeing George’s face when I handed him this weird little disc of honeycomb metal, and casually told him it was superconductor, was great fun – it’s not often you get to render George Bamford speechless!

It was then a very extensive process to make the jump from a fairly simple ring to a highly complex watch case though. I believe we first started looking at making this prototype case almost 2 years ago. George being officially sanctioned by the LVMH group was a massive help. We would have been fumbling in the dark without their manufacturing guidance and such. It’s also a huge benefit having it be a “real” Zenith too. 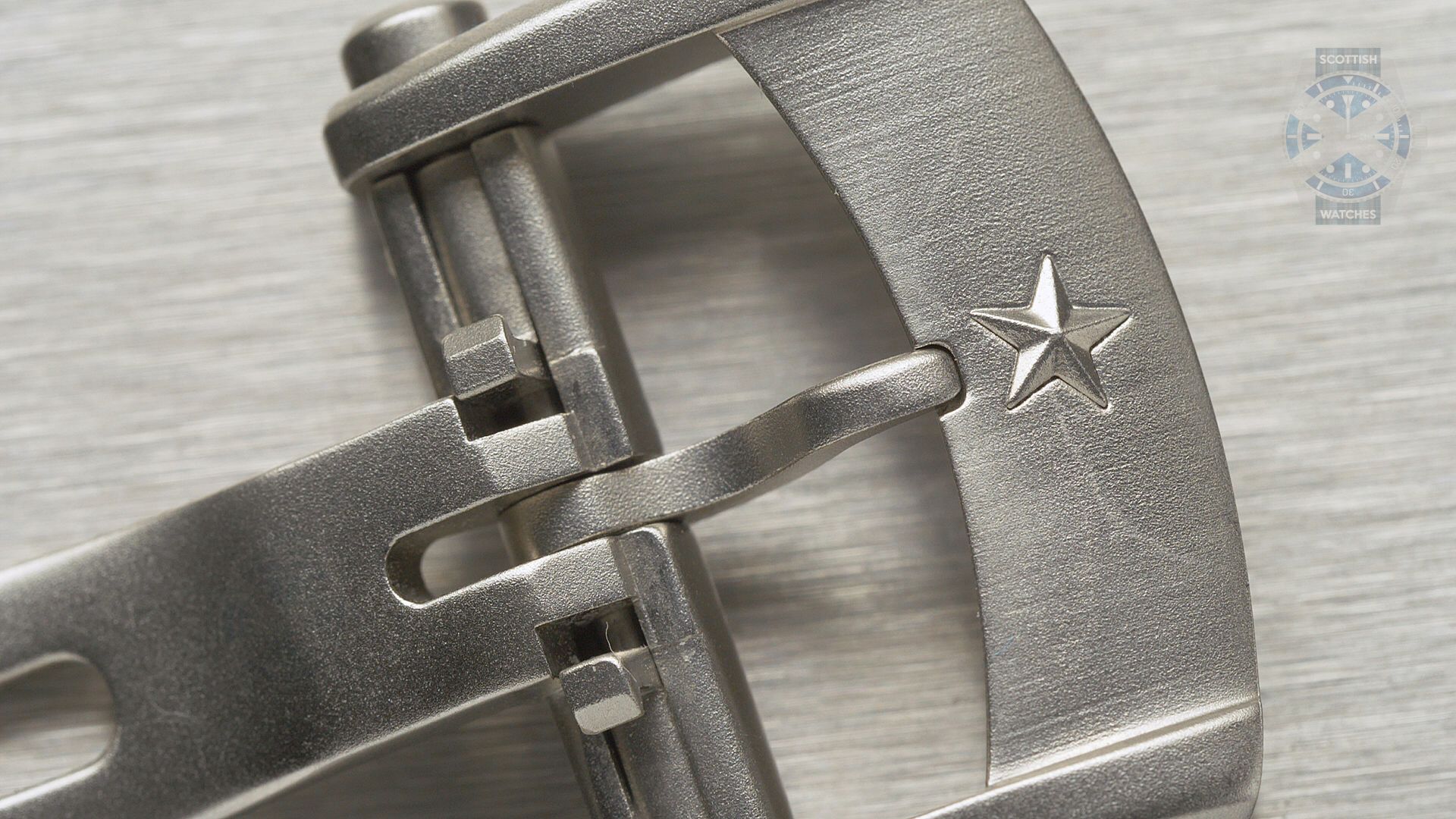 SW: What made you and George pick the Zenith as the watch of choice for the BWD × Black Badger Superconductor treatment?

BB: The choice to use a Zenith El Primero was George’s urging. The form of the case, the proportions of the lugs and such. All of these were considered factors in the development. We really took our time to get this right. Superconductor is terrifyingly expensive, so we left absolutely nothing to chance. 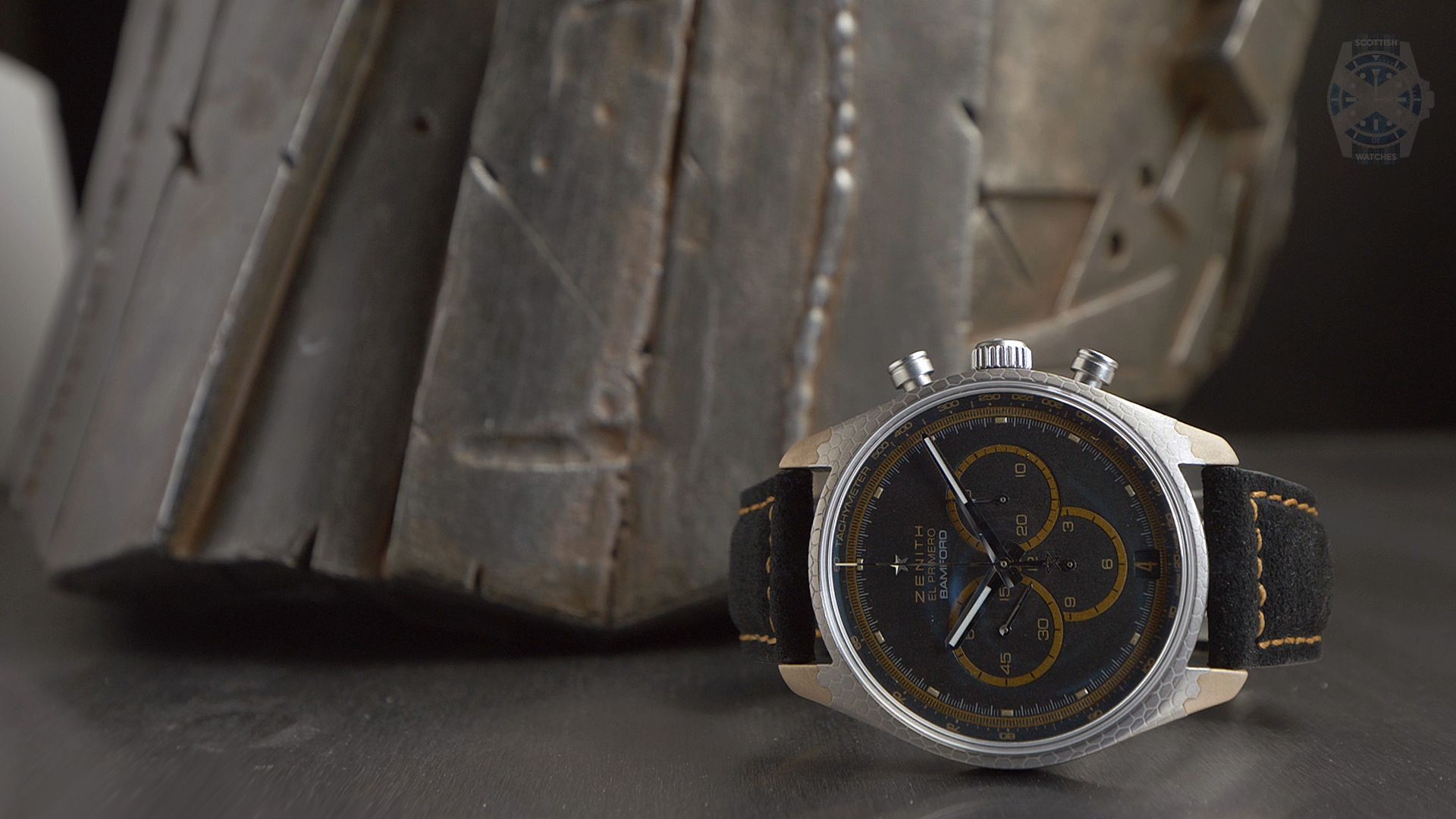