There’s nothing like a good cash grab from limited editions when it comes to watches. Omega, out of many brands, has become an internet meme for their multiple limited editions which really aren’t all that limited at all, and now another Swiss brand Raymond Weil (often known for being a controversial rival to the Swatch Group) have joined in the fun with a plethora of commemorative pop music timepieces. But have they shot themselves in the foot (no pun intended) with their marketing and a rather hopeful pricing for their latest Bob Marley inspired Tango GMT? 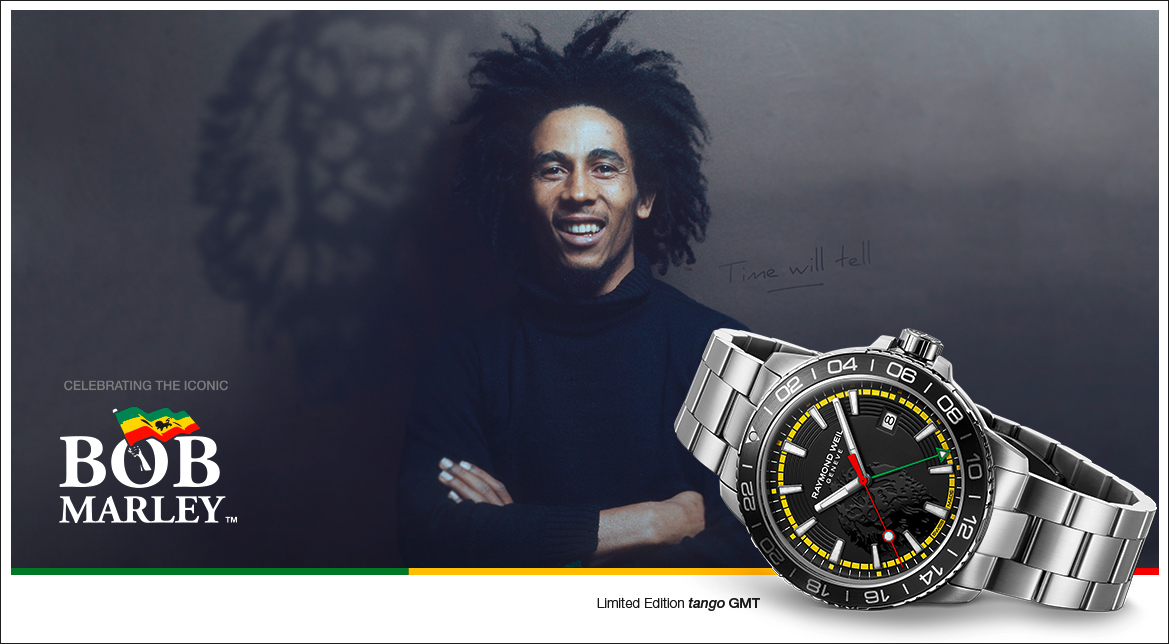 If you’ve been to the Raymond Weil website and looked this watch up, you’ll see a lovely picture of Bob Marley wearing no watch. Truth be told, he very rarely wore a watch in any kind of public appearance having sworn off “Babylonian things” as part of his Rastafarian faith. In fact, after a lot of searching, the only extant image of Bob wearing a watch comes from 23 minutes into the very informative Marley documentary by Glaswegian Kevin Macdonald. Nothing is made of the watch as being anything special, it’s probably a mechanical Timex rather than a high end luxury timepiece, and that image is used to tell a story of a very young Bob rather than the Reggae icon he was to become. 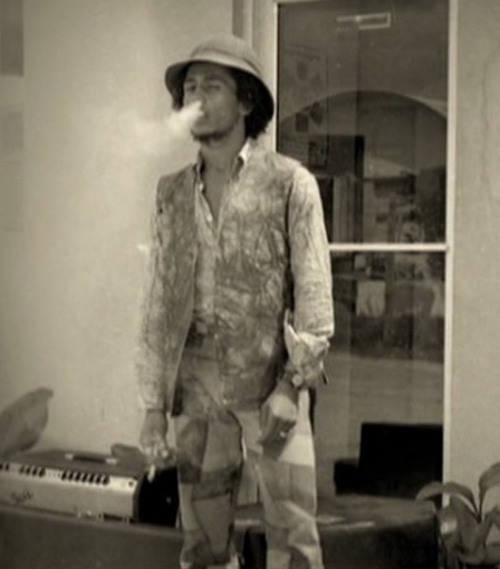 So having feasted on a a McVitie’s Jamaican Ginger Cake to get in the mood, I went on a Google search of any image at all of Bob Marley wearing a watch, and came back with nothing. That’s as far as my research went into this, but it counts. There simply aren’t any performances or interviews anywhere where Bob Marley is flashing a watch.

This Raymond Weil Swiss watch with a manufacturers recommended price of £1095, while not the most expensive quartz watch in the World, still reeks of Babylonian excess, and I can’t actually see a hardcore Bob Marley fan paying that much (even with a third off at Jomashop) to add it to their collection. I may even be one of the target market for such a watch as I am that much of a Bob Marley mark, and it is a beautiful looking watch, but knowing that a Rotary Havana GMT with very similar specifications and looks can be purchased from Argos for a tenth of the price, I have my doubts that RW will shift this stock at full price. 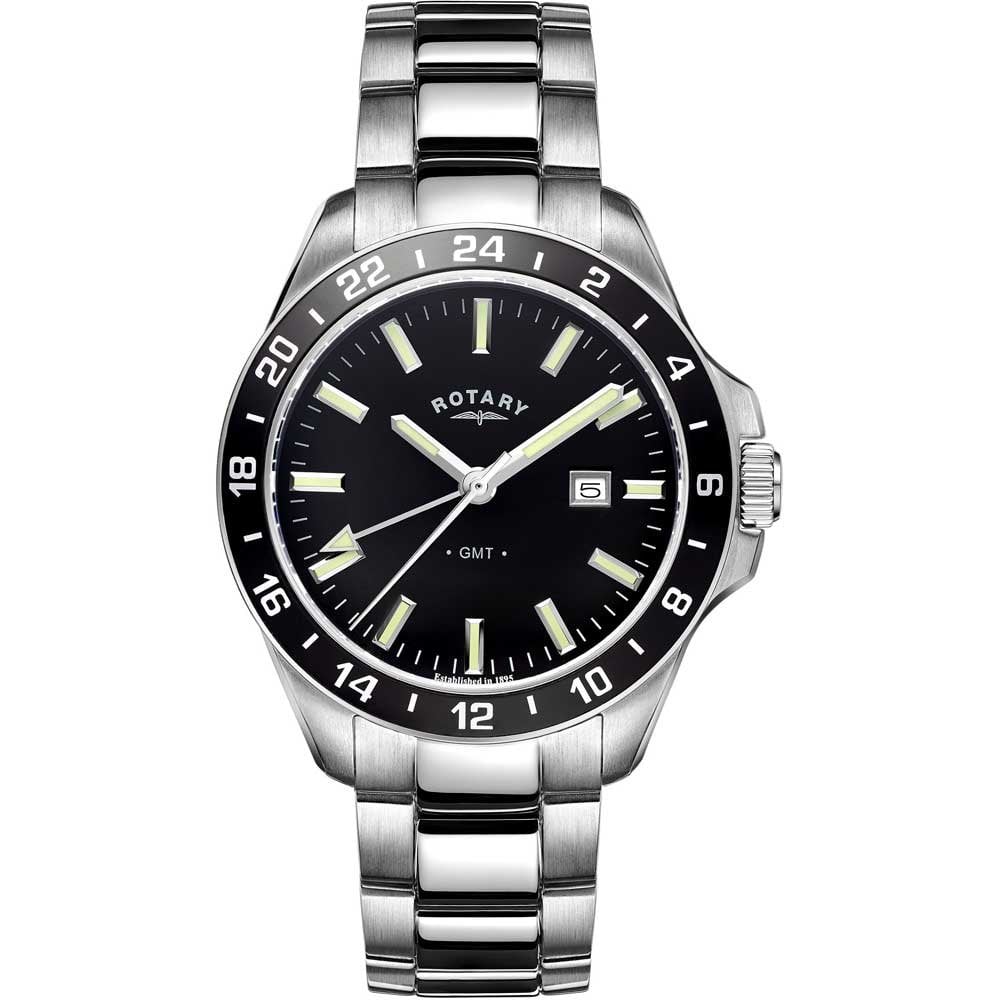 Let’s look at the specs. It’s a 42mm stainless steel cased quartz GMT with sapphire crystal, screwdown crown, and rated for 30ATM. Okay, so it beats the Rotary by having 200m more water resistance, but in reality, nobody is going to actually deep-sea dive in either of them. 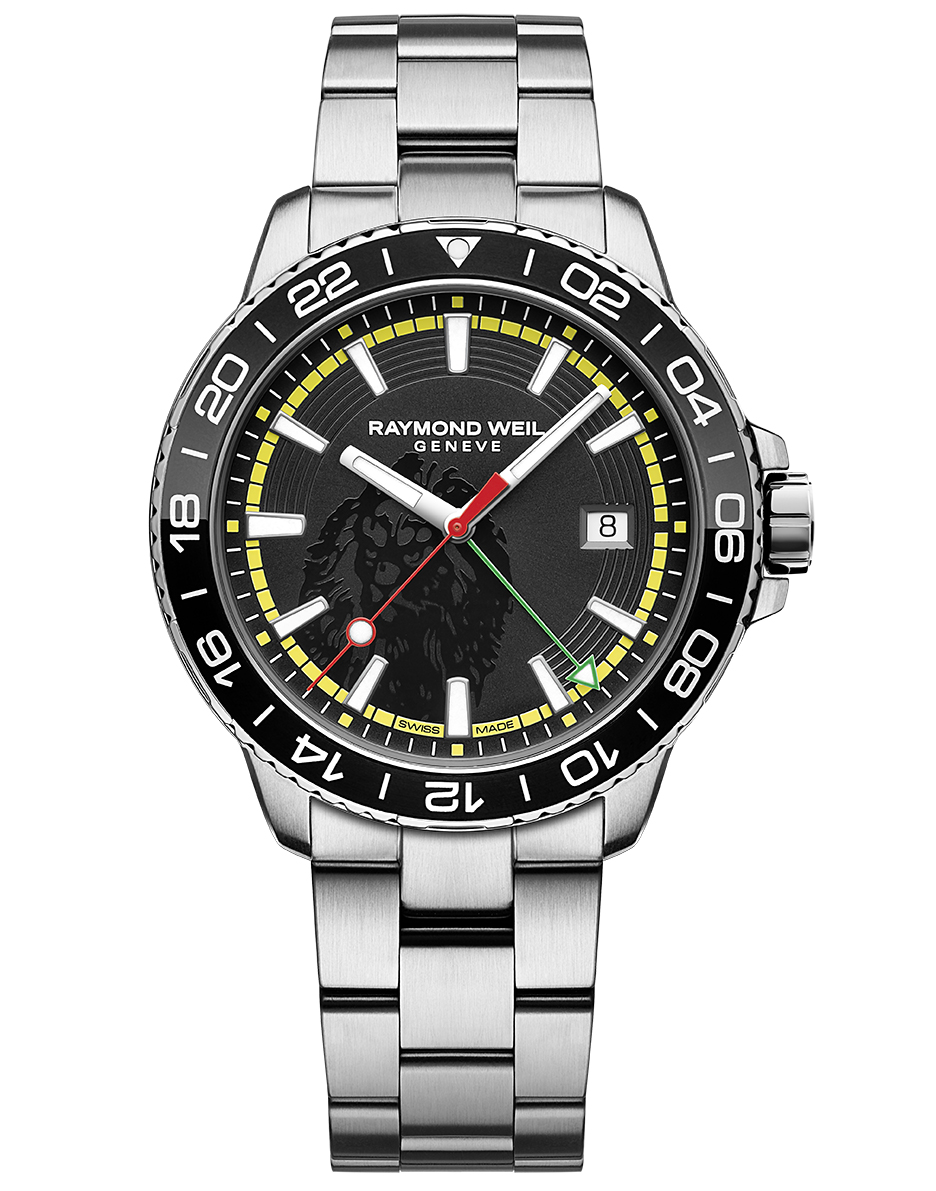 The black dial of this Tango GMT has a nice lion decoration with a yellow circumference outside the indices, and with a second hand in red, and a GMT hand in green, the colours associated with Rastafarianism are checked off.

The title of the song “Time Will Tell” from the Kaya album adorns the screw-down case back along with an engraved signature of Bob Marley. Let’s face it, he’s been dead since 1981, so it would be impossible for him to hand sign it for you. “Think you’re in heaven, but you living in Hell”, the chorus and message of that track, was obviously not deemed appropriate, and wouldn’t fit on the back of the watch anyway.. 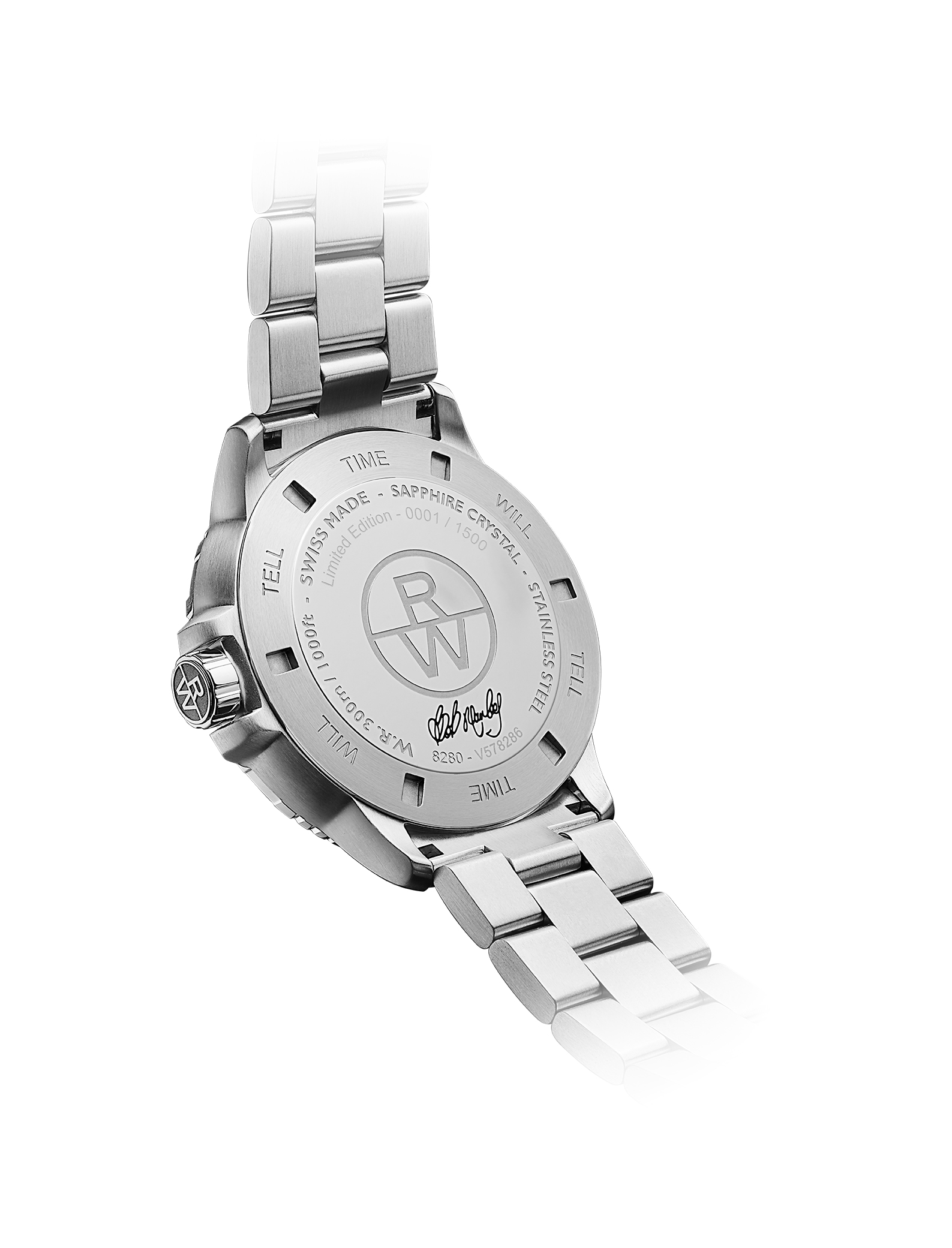 The Tango GMT is a fabulous watch for Bob Marley fans, to be sure, but is it really worth it for a quartz watch? It certainly looks a lot better than Raymond Weil’s previous Bob Marley Limited Edition Chronograph from 2017 which just had the Rasta flag colours as indices and hands-on the subdials, even though that run was limited to 600, while this is 1500, and successfully sold out according to their press release. I’ve never seen one in the wild, so I’ll take that information with a grain of salt. 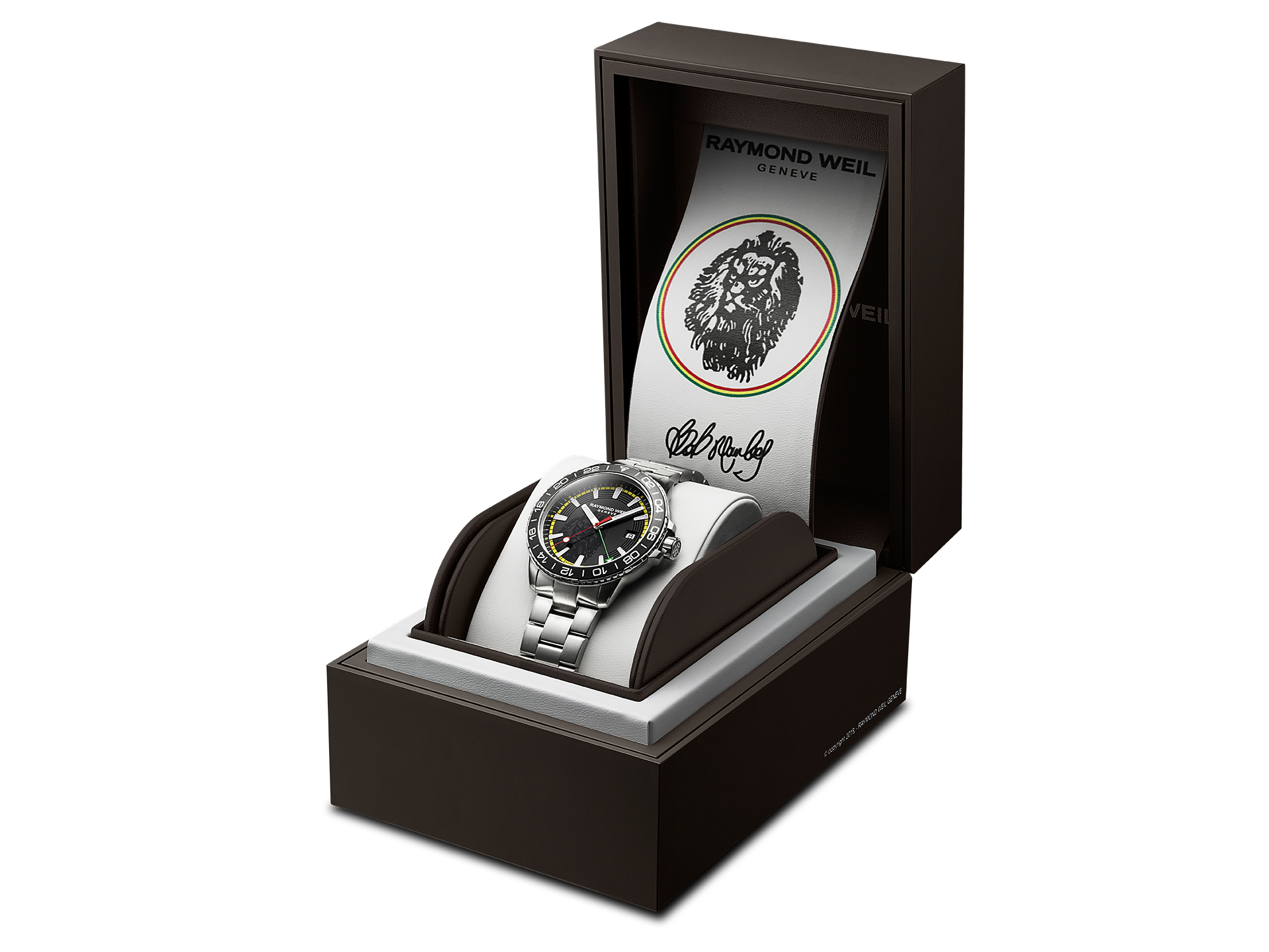 In my opinion, it’s overpriced. But given that this watch is endorsed by House of Marley who also created some of the most uncomfortable and lackluster headphones that I own, and have run amok even selling energy drinks using their father’s name and image as a brand, it’s just part and parcel of the same hustle to me. They’ve been criticised for all these things before, so it’s unnecessary for me to do it again.

I don’t have anything against House of Marley or Raymond Weil, and I wish them every success with this watch, but I probably won’t be adding anything to their wealth any time soon. With the wee Rastaman adorning mostly unlicensed (and usually “herb-related”) products everywhere online, we can all find other ways to commemorate the great Bob Marley. Is it 4.20 yet?