From the Editor : Longines dropped their Heritage Classic 1930 last week and within a few minutes of us posting the first Instagram images it was clear this watch was worth seeking some opinions on, so here we have two. Please comment and if you see a new or indeed old watch release that brings up strong opinions in you, get in touch. 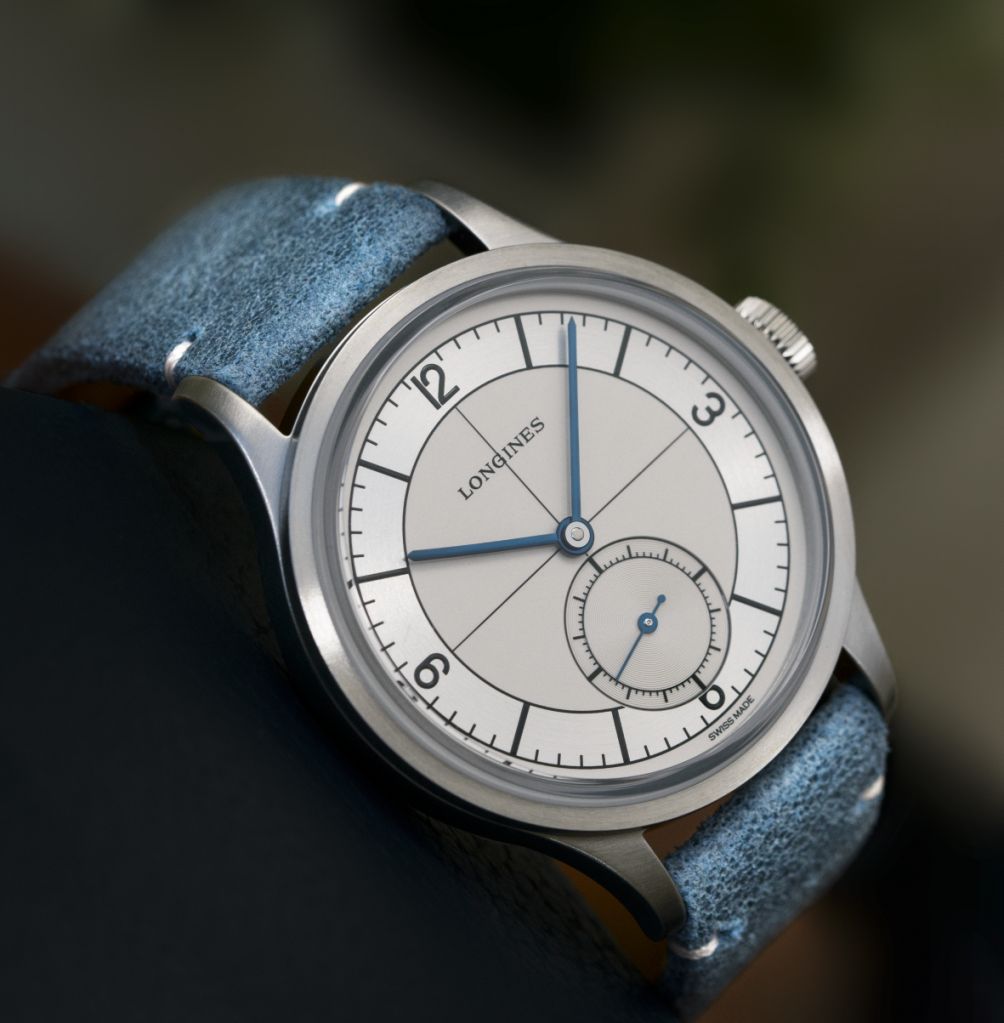 Firstly, I know what you are thinking, “that’s a Jaeger Lecoultre Master Control”  or “ a Patek Calatrava” and you wouldn’t be wrong in thinking that. In fact, I bet that’s most people’s opinion at first glance at this beautiful little timepiece. You, like all of us, would be wrong, wrong to the tune of about £3K in price difference against its JLC counterpart!

This simple and elegant looking watch is potentially the best “reissue” that Longines has pumped out over the last few years. So, let’s get technical here. The case comes in at a perfect, (in my opinion), 38mm diameter, with the finishing in brushed and polished stainless steel. It has a stunning sector dial with sub-dial for the seconds and blued hands. At the heart of this Longines is the caliber 893, an ETA based automatic movement that’s good for an incredible 64 hours of power reserve, (take that Rolex!). The design itself is a re-issue of a 1934 museum piece that one can only assume Longines has been sitting on for some 85 years before pulling it out of the shadows and into the ‘modern vintage’ of today. 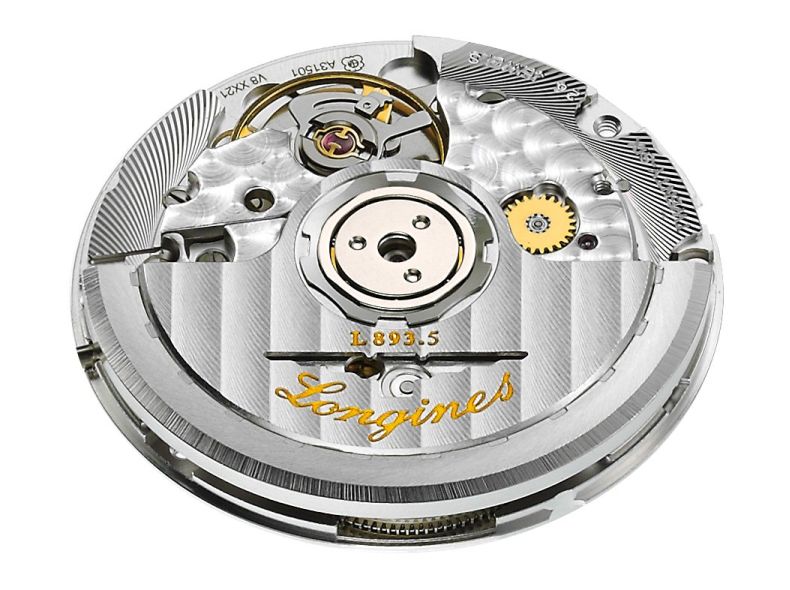 This Longines Heritage Classic Sector brings the elegance, perfection, and sizing of older style watches but still finds a way to make a mark in the modern watch world. This watch is the best of the past with a modern take, and in my opinion, a perfect starter watch for someone looking to get a ‘vintage’ watch without the risk of it turning to dust on your wrist. Of course, it’s also a great piece for the collector community too.

As I have mentioned, you may say this watch looks very similar to a JLC Master Control or a Patek Calatrava, but, with this being a reissue of a classic design, all the haters can’t jump on the ‘frankenwatch’ bandwagon as this really does have a foot firmly in the past. Overall, with a very wearable 38mm case, vintage-inspired look and two strap options in the box, this Longines is a sure head-turner without the massive price tag. So go ahead and snap one of these up, I doubt you will be disappointed and you might even be surprised at how much watch you get for the money.

In a larger sense this watch is part of the vintage-inspired reissues of the Longines Heritage collection as a whole. That said I would argue that this enthusiast aimed line has seen a change that led to the release of a differing line of watches of which the ‘Sector’ is the most recent one and arguably the most faithful to the new concept.

In 2017 the Longines Heritage 1945 ‘Ben Clymer‘ was one of the most notable watches that initiated said change by being presented next to its vintage brother belonging to a collector and enthusiast ‘like us’. Apart from the nice story which allowed for effective marketing based on emotions and relatability seeing the watches side by side also showed the persistence of problems that flawed most of the Heritage line up as it presented itself back then.

The galvanic dial was nicely done and there was finally no date but you could easily see where that date would have been leaving a blank space under the small seconds display. The most notable difference however was the fully polished case that was not only too big but also too thick and resulted in an overall unbalanced appearance of a still decent looking watch.

The Avigation Big Eye redeemed a lot of those faults but is a different type of watch altogether. With the following RAF inspired Heritage ‘Military’ watch with its controversial faux patina dial Longines finally released a time-only model that featured a more detailed and fitting case design and circumnavigated the date problem by using a central second hand. 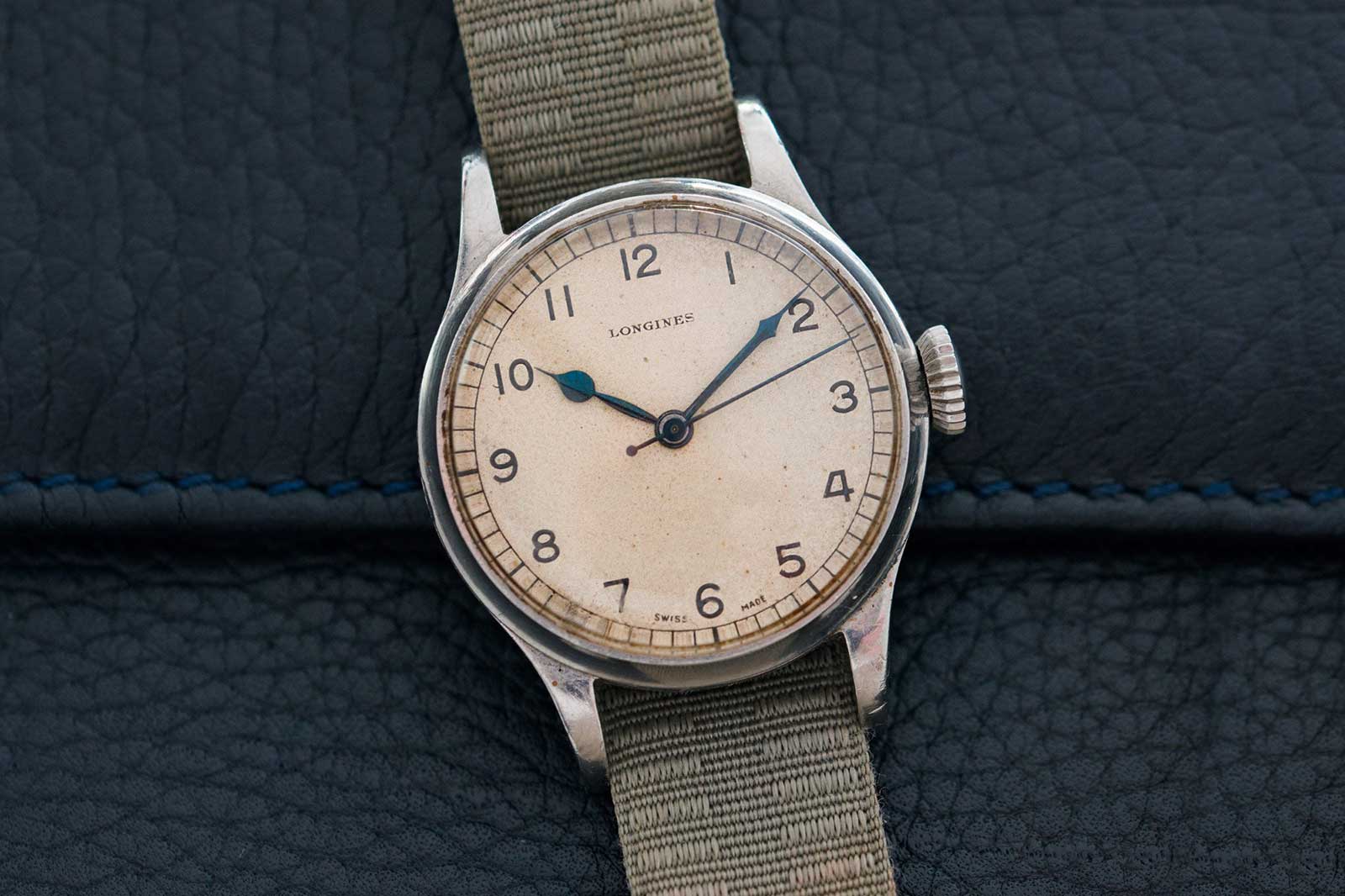 The newly released ‘Sector’ keeps improving the concept by integrating a small second sub-dial much better compared to the ‘Heritage 1945’. This is achieved by a smaller case and therefore dial diameter but also by the design of the second track that is relatively wide and lets the sub dial appear much larger than the rotating seconds hand actually is. 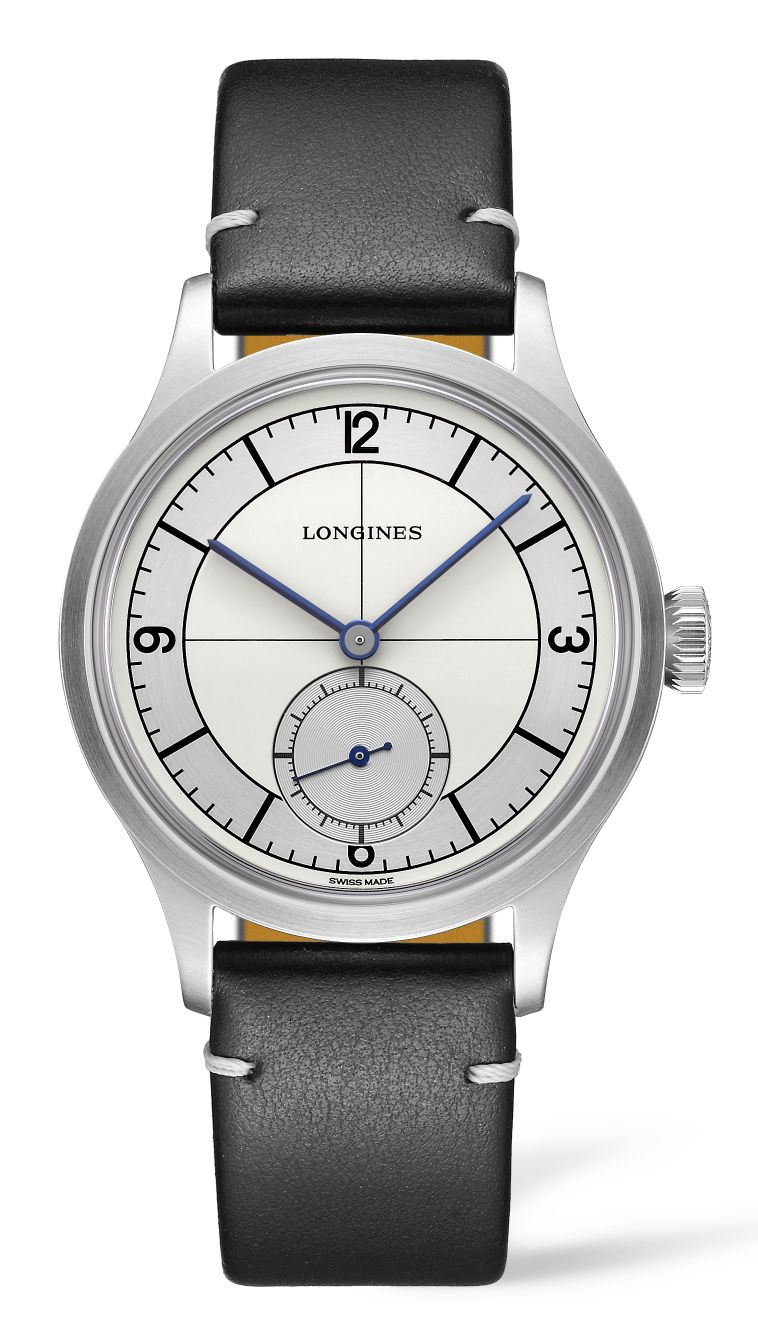 In my view, this concept could have been improved even more by making the case a bit smaller or choosing a movement that allows for more distance between the centre of the dial and the sub dial. The increasing attention to detail is exemplified well in the polished top of the hand stack that can typically be found on traditionally made blued hands and exudes a sense of craftsmanship this watch aspires to. The sector dial looks nice and is a famous design rightfully so but has to be seen in person as in some images it appears a bit flat and lacking in texture and sharpness of print. Here I also have to emphasize that the sector dial design is not proprietary to one particular brand but was used by different manufacturers predominantly during the 30s and 40s. The comments on Longines copying the JLC ‘Master Control’ are a bit redundant for this and also for another reason I will come to later.

The core question that this watch and others like for example the Omega ‘1957 Trilogy’ raise is what I call the ‘reissue conflict’. To get the original vintage model of these reissues is often impossible for most people. I hunted similar vintage Longines time only watches from the 30s and 40s for about two years now and always had to compromise on condition due to my limited budget and the scarcity of good examples. The improvement of the Longines Heritage offering towards what as a student of history I would call near facsimiles allows you to get a copy of the famous vintage watch that is otherwise unobtainable. But the comment section yesterday mirrored the conflict that is inherent to this concept of watch design. People called for a manual wind movement and even if Longines would have put an ETA 7001 in the ‘Sector’ still the original 12.68Z manual wind movements make up a lot of the charm of a genuine vintage Longines. Also the case and the dial of vintage watches show the huge difference in manufacturing methods compared to modern reincarnations of these holy grails. 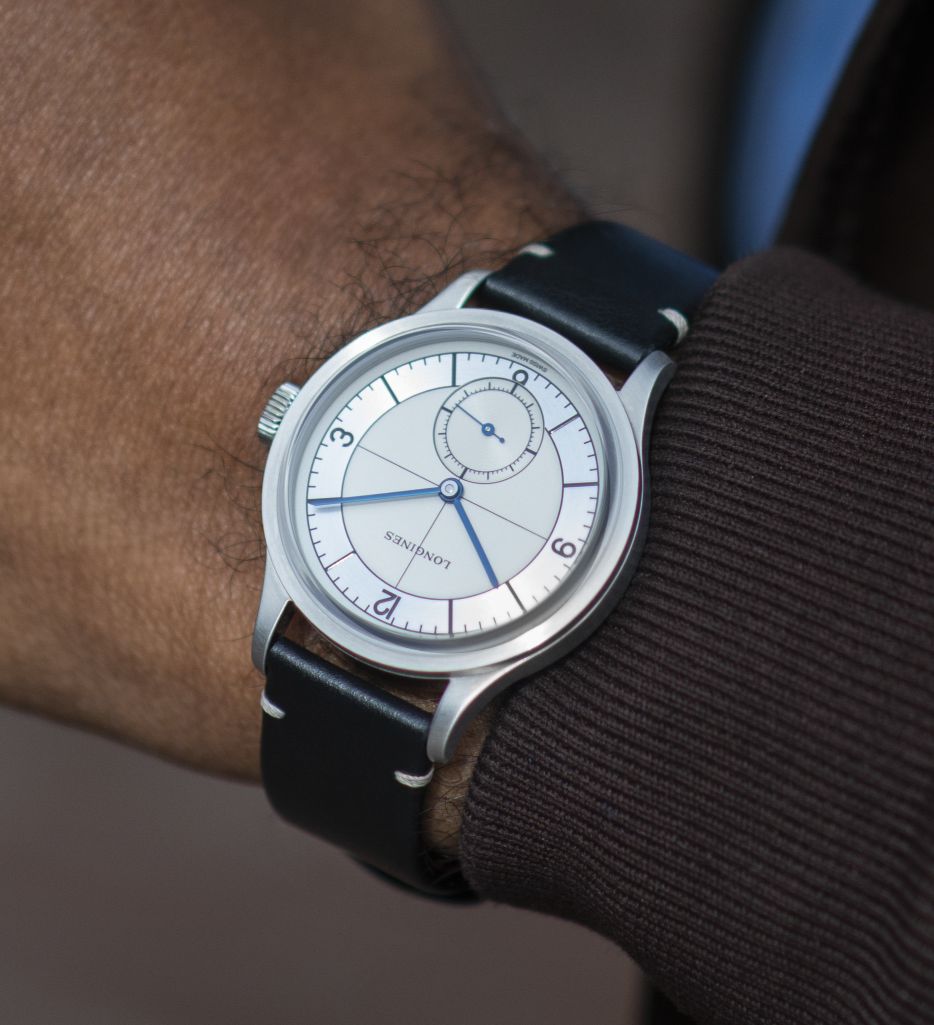 To conclude a reissue can be made as similar as possible to the original but it will always be a compromise. That said I still applaud Longines for this release as it is considerate and as James Stacey wrote in the Hodinkee piece it is a ‘nod to enthusiast demands’. But what I would love to see even more would be a release that draws on the golden era of the Longines brand but gives a twist to the old design and by that I mean not a nasty date window or an overproportioned case but rather some detailed new ideas to change the original design. In a way, JLC has tried that with its ‘Master Control Sector Dial’. All that conflicted watch nerd talk aside I might probably still buy the ‘Sector’ if I see it in person and cannot resist but I will also continue to hunt for and buy the most decent and affordable vintage Longines that I can find because it offers me pleasures that no reissue can satisfy. 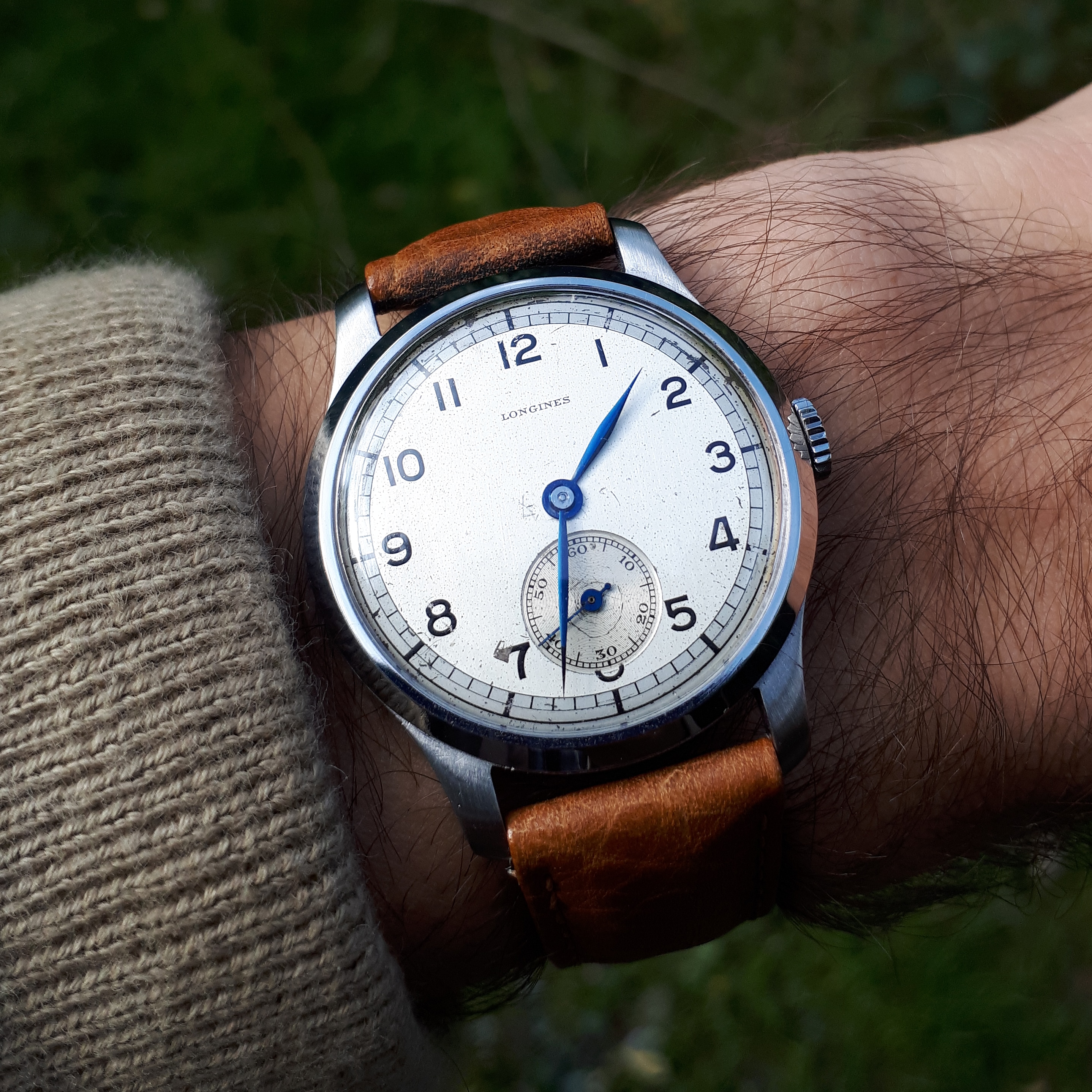