Well #watchfam, a week comes and goes so quickly and before you know it, its #halfwatchtuesday once again! Nic here, at your service this week, although before we get onto the topic above, I believe I mentioned in my previous article fortnight ago, that Omair would no doubt be tantalizing us with glimpses of his next purchase. Now it may not be the Anordain Model 2 that he’s been salivating over recently, but he did manage to walk away with the new Casio GShock GA2100, which can I say looks particularly sweet in black, so many congratulations on your latest procurement.

So onto the topic of the day: Grail watches. What does one mean when they say ‘grail watch?’. Do they even exist? Perhaps more interestingly, is the chase for the grail more fulfilling than the actual acquisition? As with all of my article ideas to date, this idea came about after chatting with a buddy of mine over a couple of beers and we started randomly talking about what are respective grail watches were. Interestingly, we both had slightly different ideas on the matter. Since buying his Speedmaster Professional, he kind of came to the conclusion that this was indeed his grail watch and that nothing he would want, would measure up to such. In other words, he acquired his grail and is totally satisfied with that. This didn’t mean that he wouldn’t purchase other watches in the future, far from it. What it did mean is that he hasn’t transferred grail status to another watch.

Maybe it’s my relative horological journey being very much in its infancy, but I guess I just don’t feel quite the same way. I am looking forward to the next acquisition, which for all those of you playing along at home, will probably be the Zenith El Primero. I just can’t help but think that if one thinks of their grail as being entirely unobtainable, then one could get bored, even frustrated with working towards something that is never going to be obtainable. I don’t like to think of watches in such a way.

Granted, the Lange and Sohne Zeitwerk, I’m sure wouldn’t go unwanted in many a watch box, however, the pursuit of such a watch, at around £65,000, is enough to put the absolute majority off. Me, personally, yeah it is great to look at these kinds of watches on the Internet, in AD windows, even if someone is lucky enough to know someone who has such a high-end piece, but its just not enough for me. I am a very tangible person, I need to have that goal to work for, that obtainable goal, that watch in my hand after a period of working hard for it. Lusting after a watch that I would have absolutely no chance in obtaining, to me, just doesn’t seem worth the inevitable frustration.

I do, however believe that this is entirely up the individual. Some may feel that a lifetime of lusting after a watch, justifies and thus proves more fruitful than obtaining the piece itself. I just don’t see it. I can certainly appreciate such high pieces from afar, although that’s where it stays for me: an appreciation, a fantasy, maybe even an absolute ‘grail’. However I’m much more in the mindset of working hard for a period of time and then realistically obtaining a piece that I’ve had both eyes on for that same period, hence a relative ‘grail’. Unless I win Lotto.

What do you think about grail watches? Do people indeed have such watches? Answers on a postcard guys.

So, the part we all enjoy the most, the best submissions of the week! Now I know Omair and myself say this every week, but the standard week in and week out is just phenomenal and we endeavor to comment on everyone who does take the time to post on this day of days. Now to the week’s top submissions. 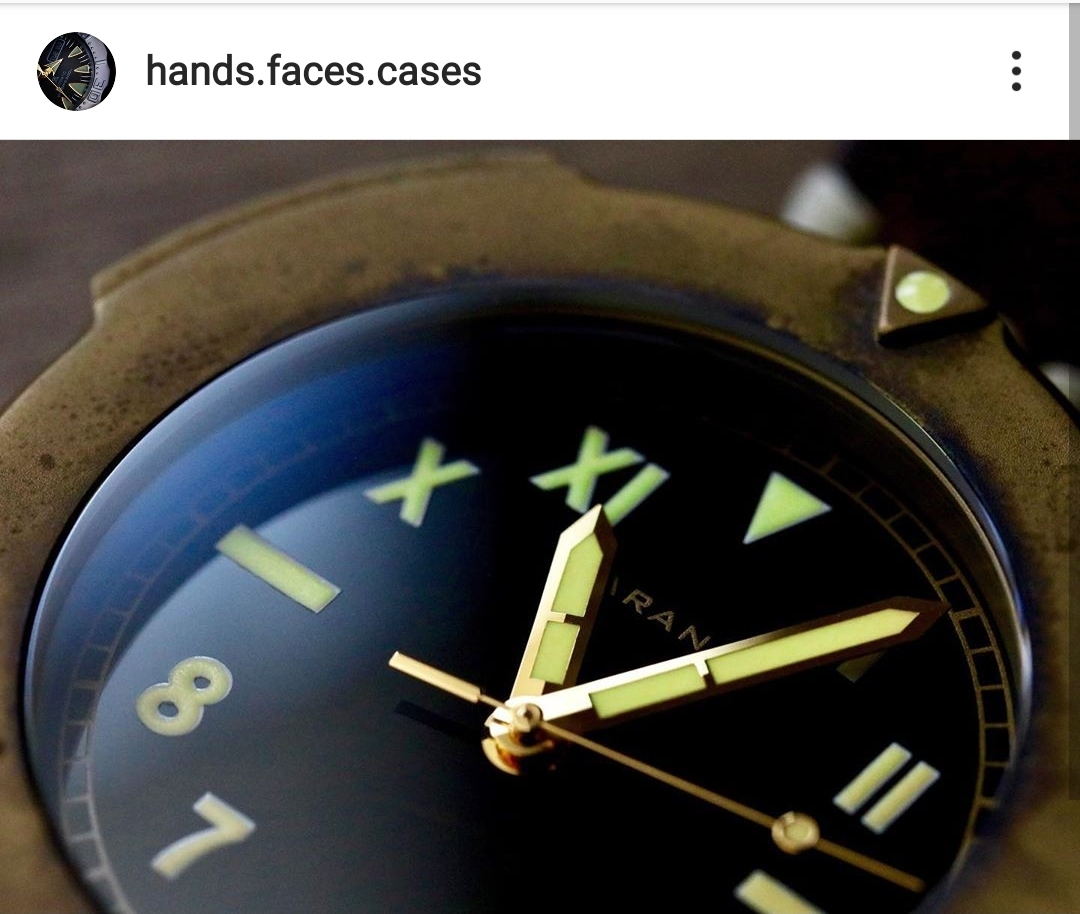 Starting us off this week is a quite stunning patina shot of a Maranex from @hands.faces.cases. The use of light, angle, reflection, just everything about this shot appeals to me in every possible way. Just a stunning way to kick #halfwatchtuesday off. 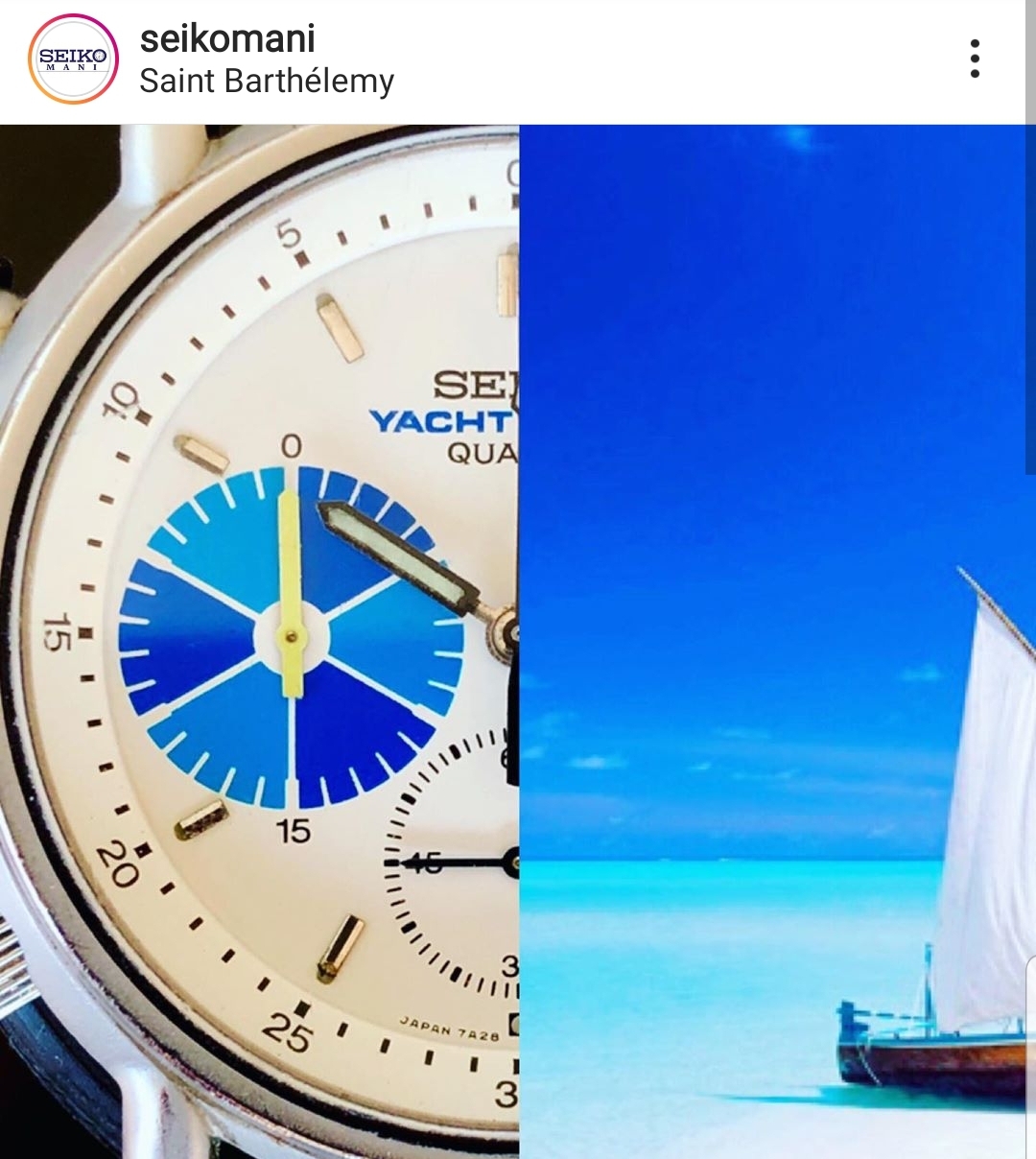 They maybe new to the #halfwatchtuesday movement but @seikomani looks like they’ve been submitting since day 1! A wonderful half Seiko mashed with  a beach that I’m sure we’d all love to be on at this moment in time. Cracking shot and welcome to the movement mate! 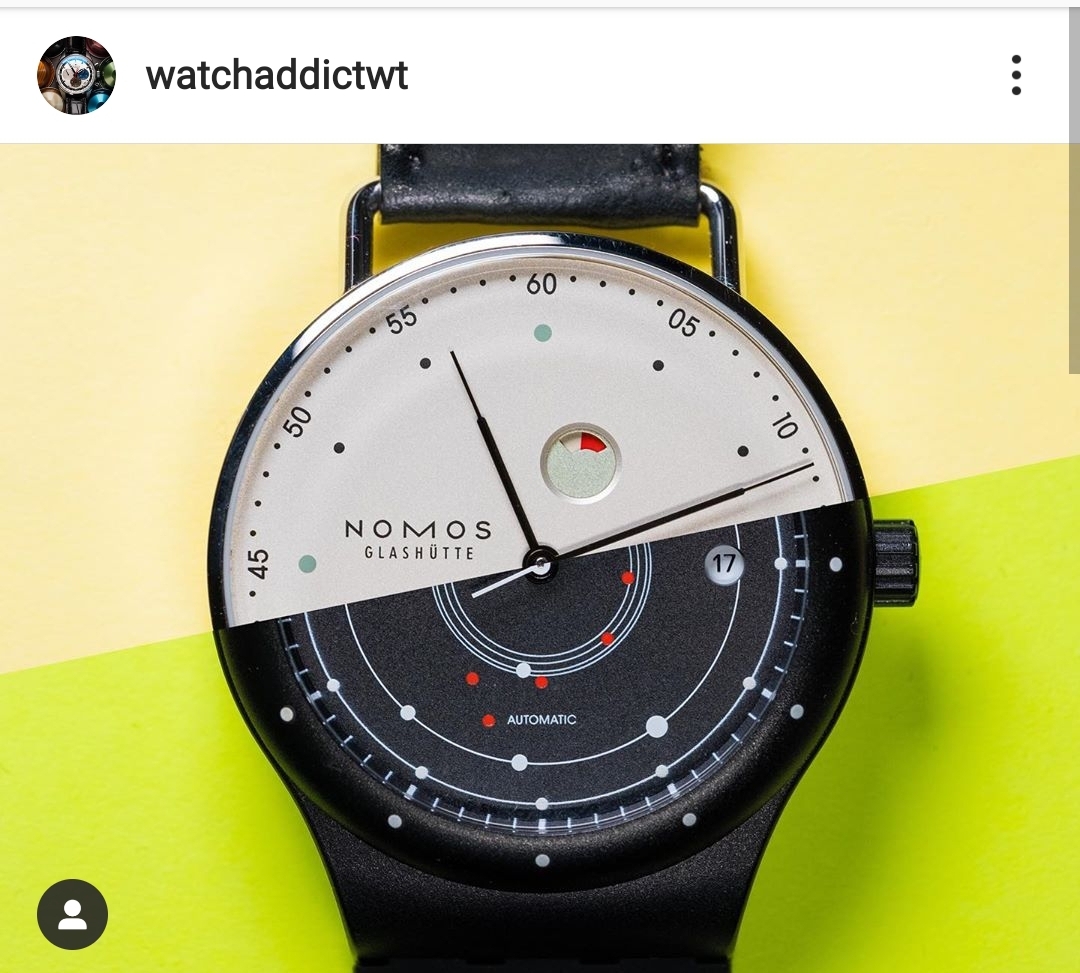 Now, there’s been a few mashups submitted by folk this week and I have to say the quality is that good, Omair may soon be mailing me my P45. Check out the post by @watchaddictwt mashing a Nomos and a Swatch and you’ll see what I’m talking about. Just sublime! 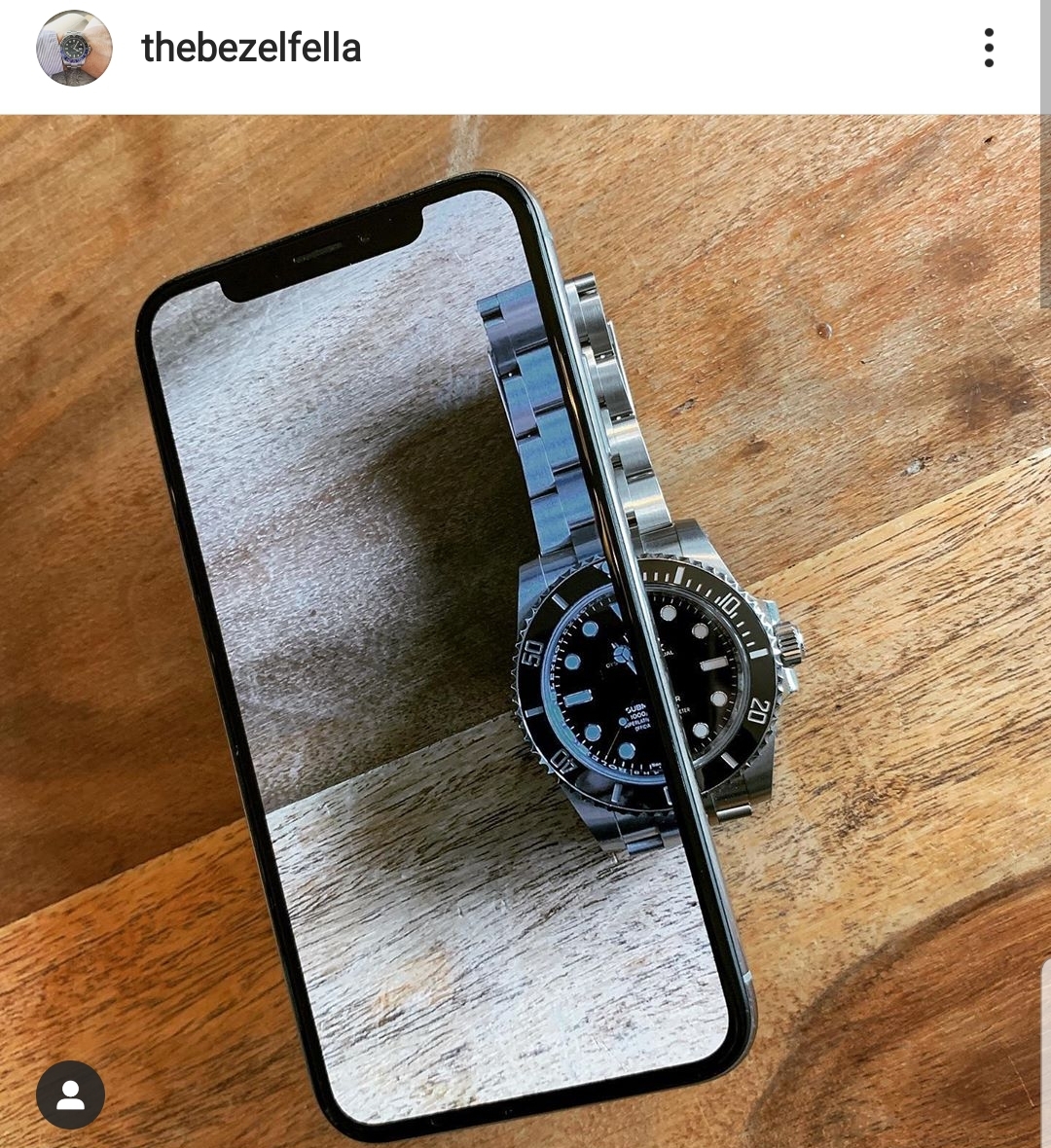 We love a bit of creativity here at #halfwatchtuesday and if there were a prize for the most creative and original shot of the week, then you’d struggle to find a better submission than @thebezelfella. I mean I’m still trying to figure out if he’s using his phone as a mirror or if that’s actually a half photo of his Sub on his phone, honestly it is that good!! 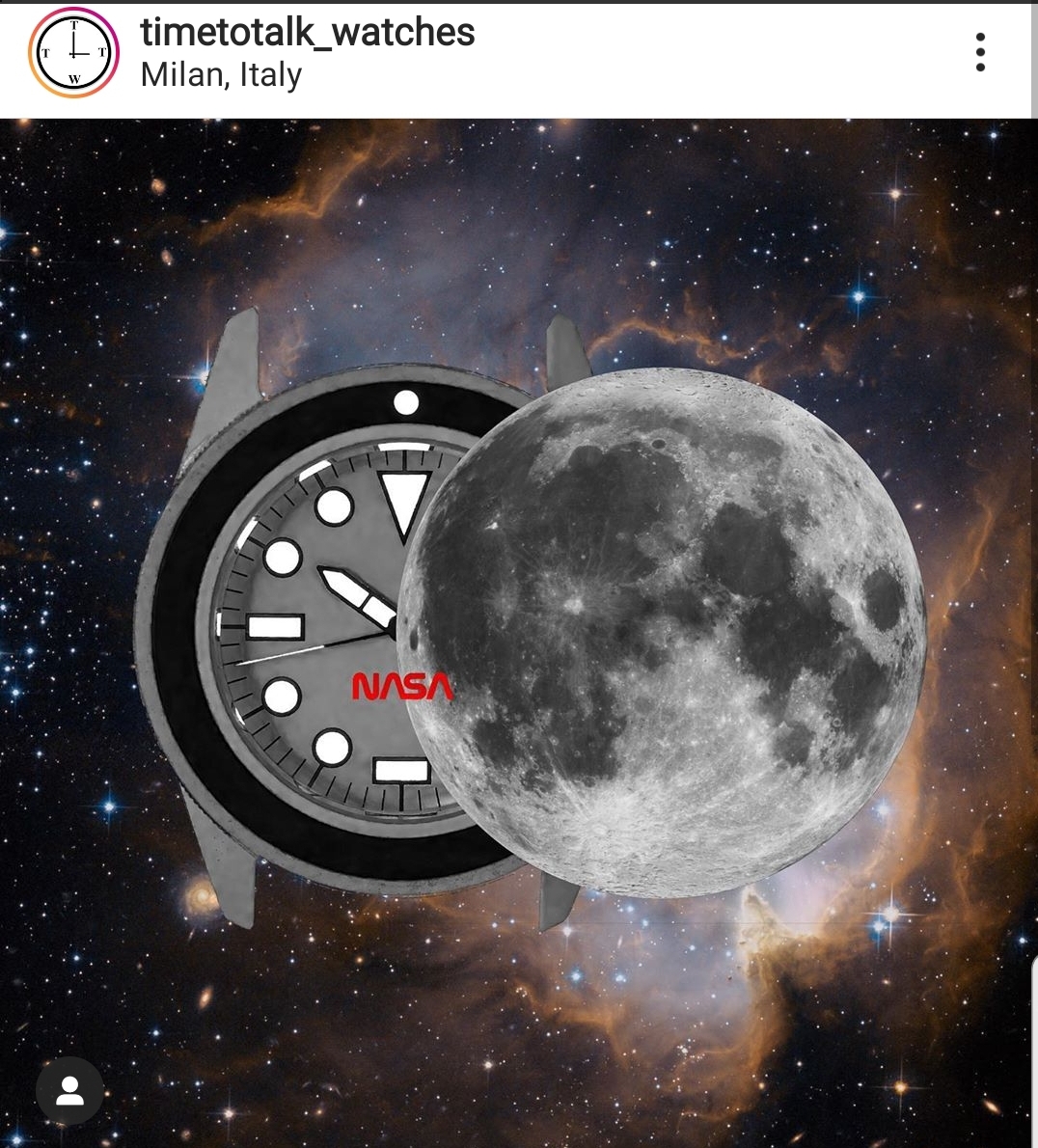 Gigi over at @timetotalk_watches loves his watches, probably the understatement of the year. But when he posted a shot of his Unimatic eclipsing behind a moon, knowing full well the response he’d get from us, you knew he was taking this to a different level! Brilliant shot, just out of this world! 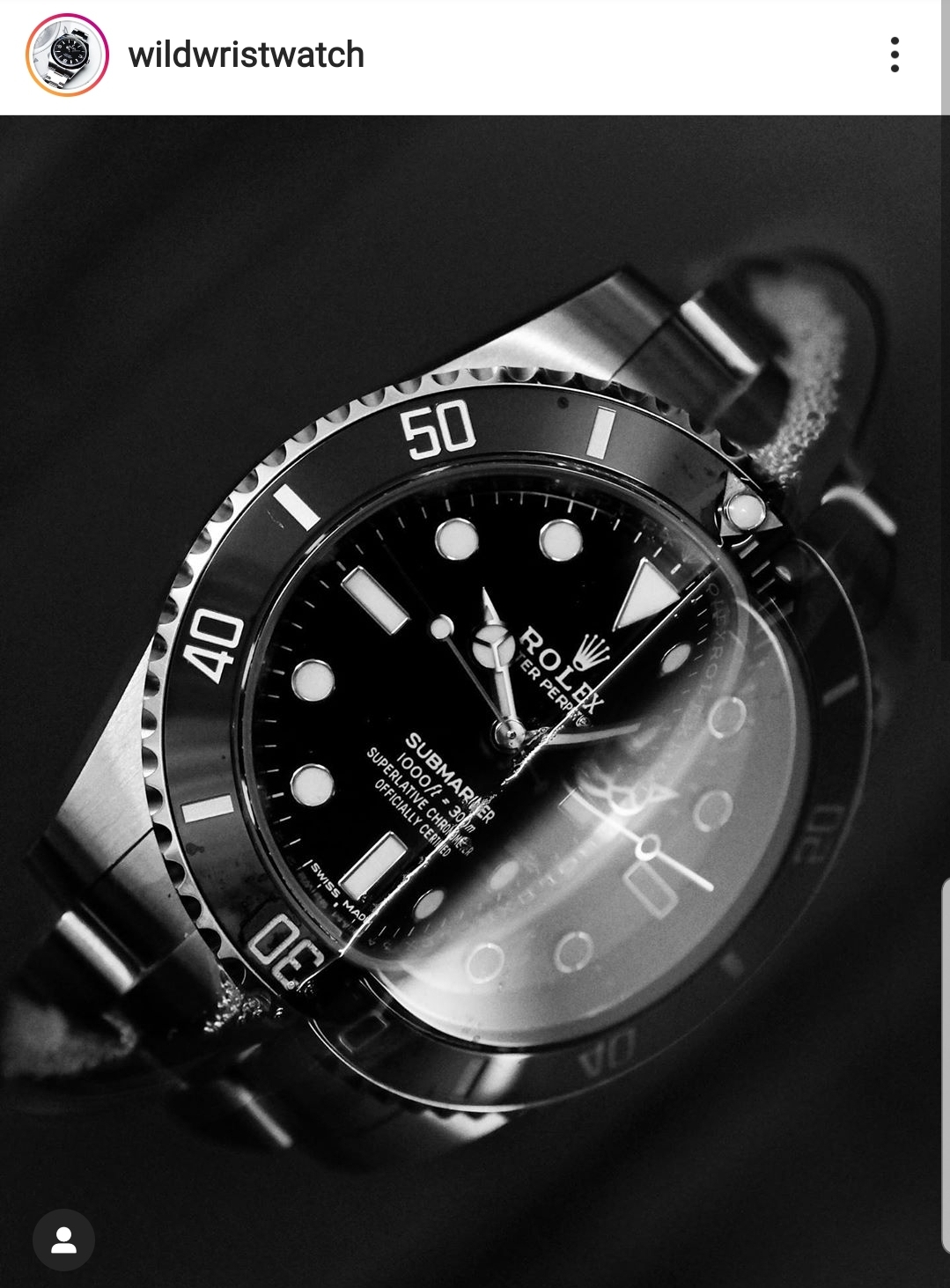 One could be fooled into thinking that @wildwristwatch was feeling too ill and tired to take a half shot of his Sub, and after seeing his shot you would you realize that despite of said illness, he has smashed it out the park! Beautiful reflective tones make this picture just exquisite to look at. 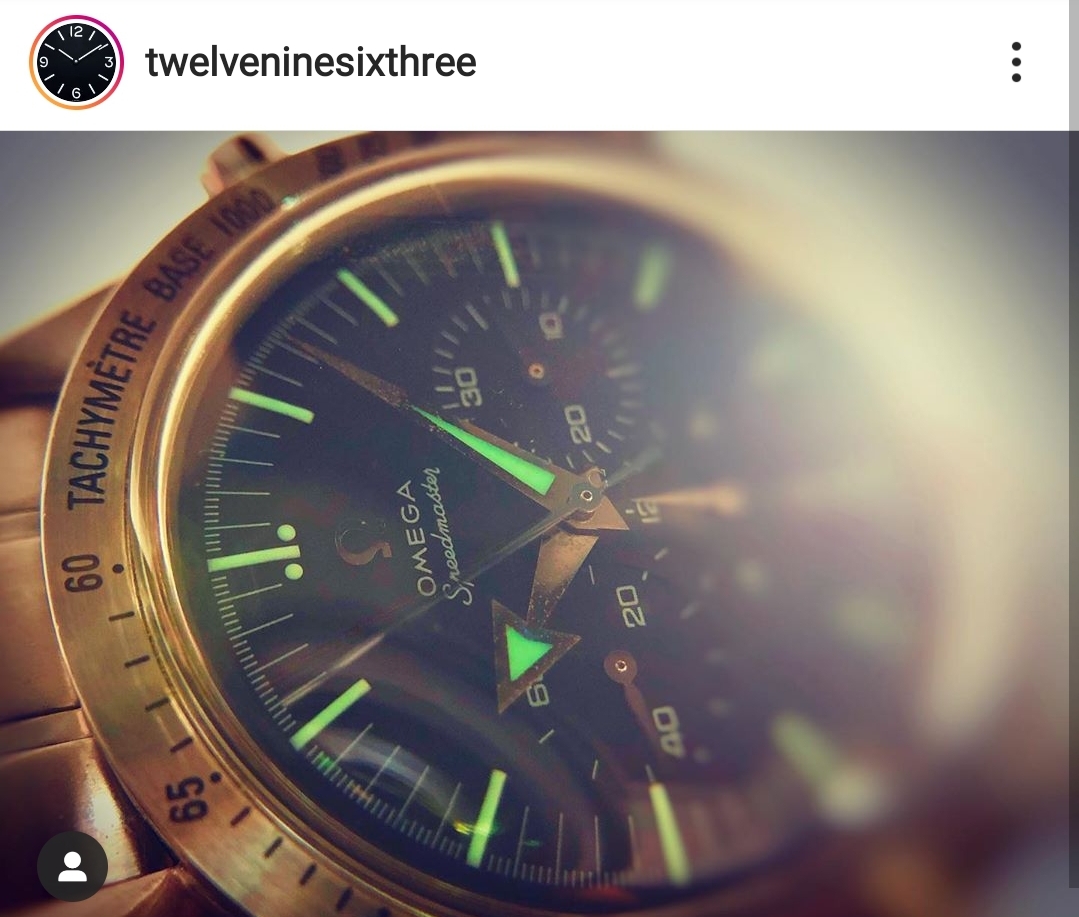 Everything about this next shot from @twelveninesixthree is just stunning. The lighting, the angle, the use of focus, the lume; it all just comes together so perfectly to show off the Speedy Broad Arrow in all its glory. Phenomenal. 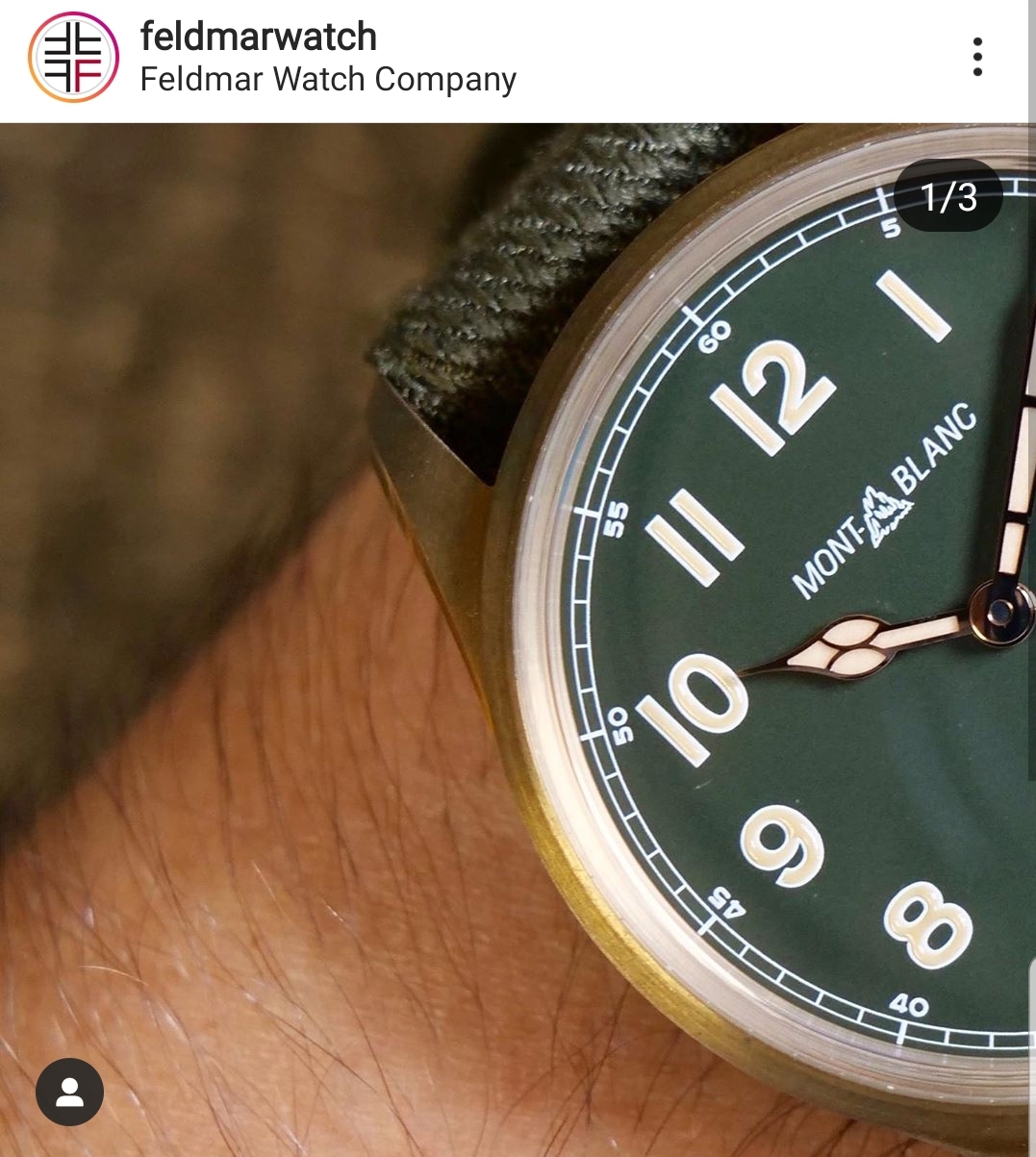 We round off this week by getting some love for a green dial from @feldmarwatch and a beautiful shot of his Montblanc 1858. Such an earthy and tool like feel to the watch, I particularly like the accentuation of the big numerals, I love how they just stand out and to attention. Wonderful shot buddy!

Now, in an utterly selfless act from me, I’m going to quickly pass over to Omair for the weekly shoutouts.

Nic has kindly offered me (Jumpingjalapeno) to do the shout outs this week. And it’s a good job too since I have been sitting semi-erect for weeks ogling over @horologyhouse’s jaw dropping halfwatch shots in the hope that one day they might find their way on to halfwatchtuesday. Well his wait is over. There is no need for us to big up Hh, if you are a watch guy or gal you are likely already a follower of his awesome content. The channel has exploded over the last six months with insane camera work and honest reviews, one of which helped convince me to get the Nodus Contrail. Just massive thanks from us for such an epic post showcasing your skills. 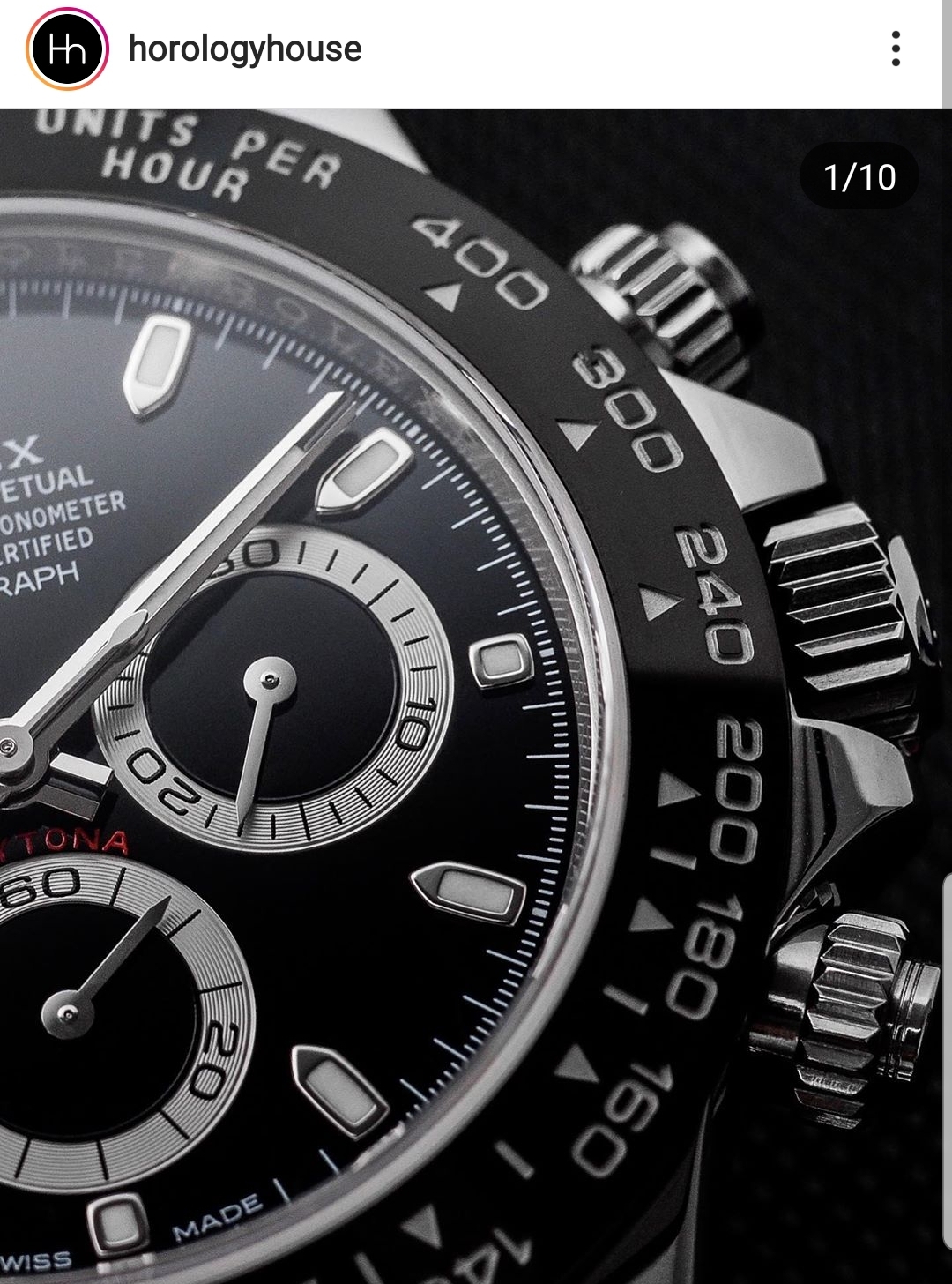 When it comes to leather straps I spell quality with a capital C, for @Colareb. With over thirty years of experience in the industry, their artisan leather straps are a testament to Italian craftsmanship. I personally have their Firenze strap which completely changed the feel of my oft previously neglected Ball Fireman; it’s been on the watch ever since. Being a strap fiend we can fully endorse Colareb as one of the best in the business, check them out at www.colareb.it. It’s great having them join our party. 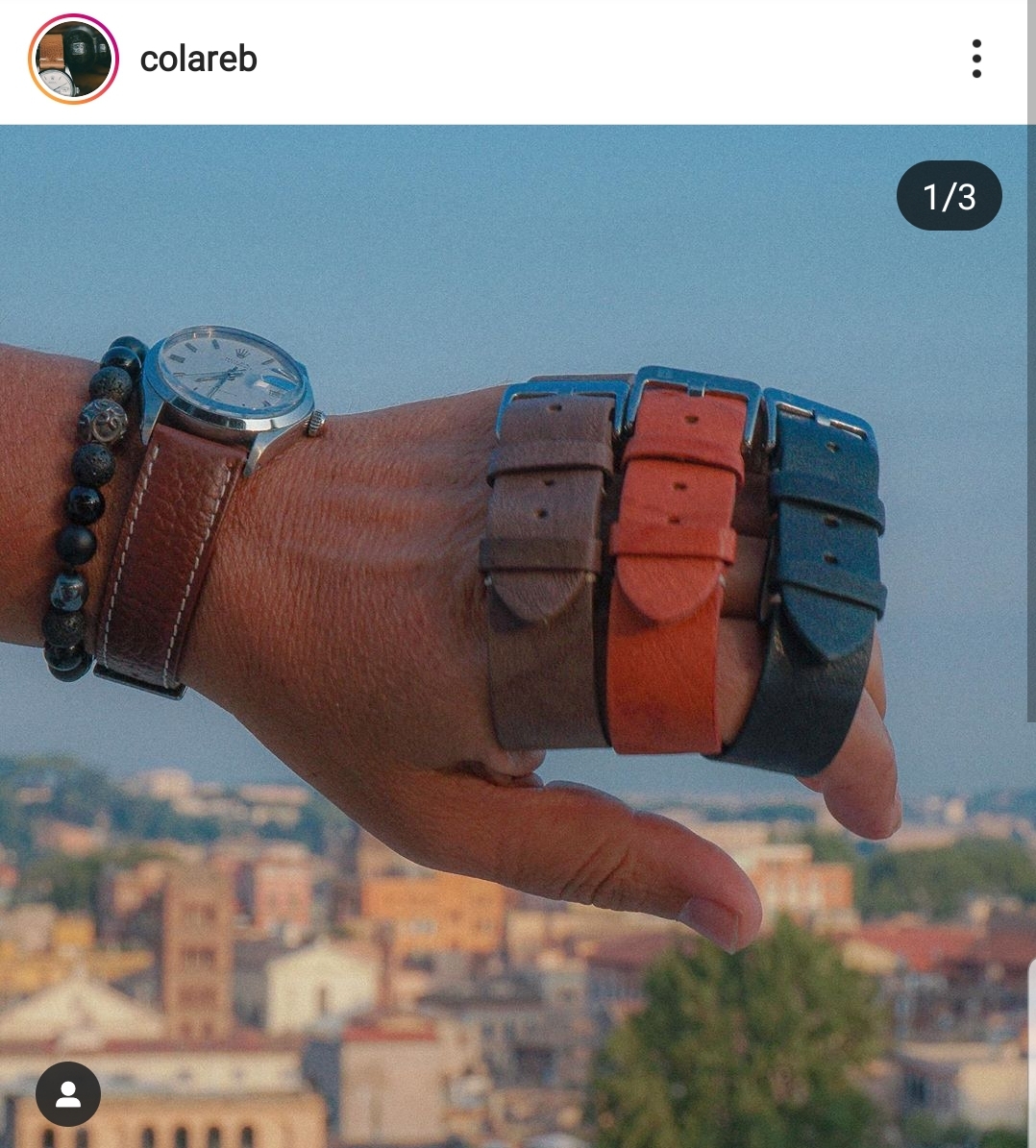 In a world full of sports watches it’s fresh when a brand dares to concentrate on a different direction. So it’s great to welcome @timus.watches to the movement. Their Classic which features two subdials plus an open heart yet still remains uncluttered is hitting Kickstarter soon. www.timuswatches.com 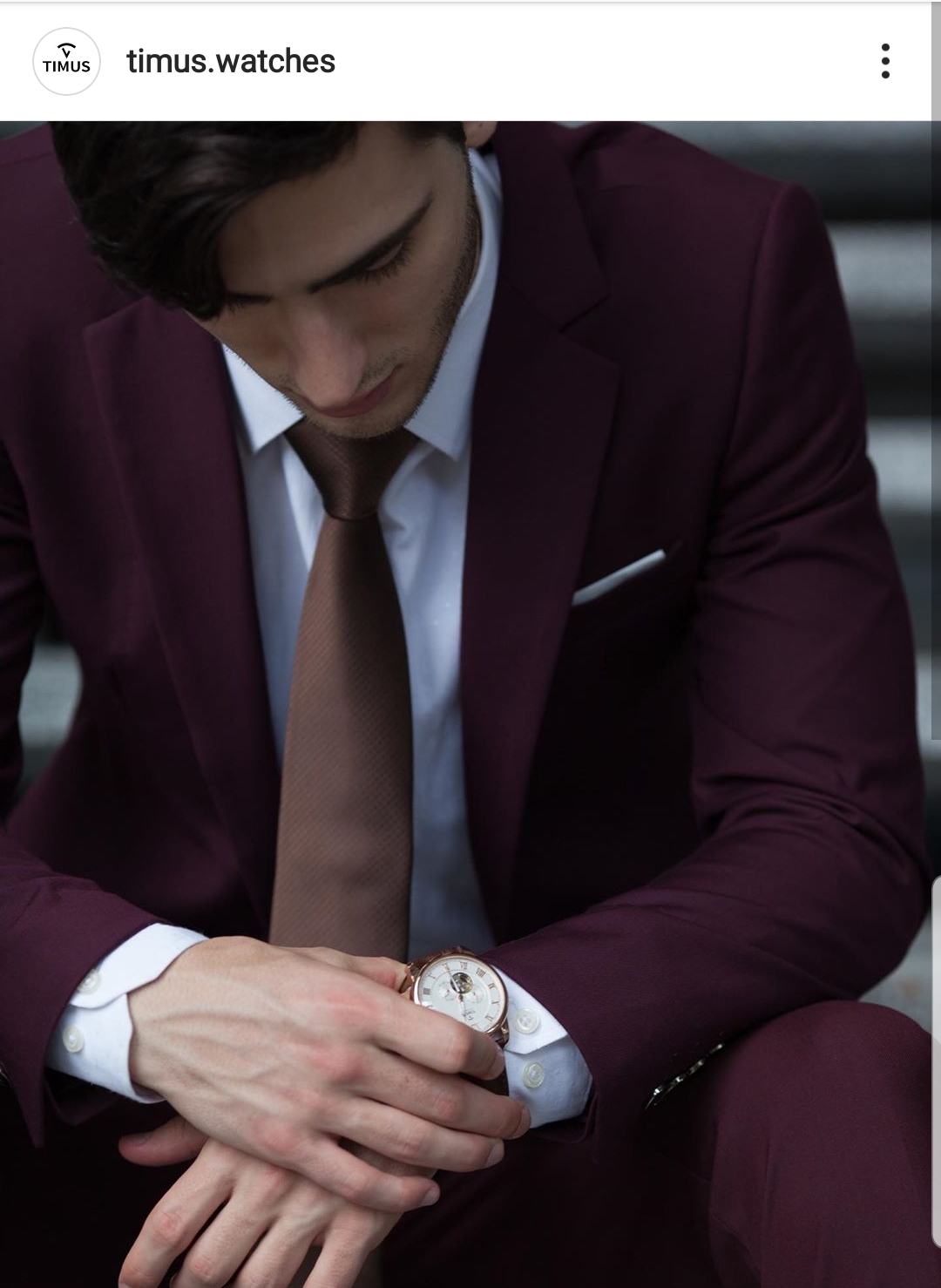 Finally, out of Dublin/Miami we welcome @devo_watches to halfwatchtuesday. Their Segundo collection offers super clean lines for a compelling price, better still 10% of proceeds go to help the rainforest. Their Kickstarter is live now. Give them a lookup if that flicks your switches. www.kickstarter.com/projects/devowatches/devo-watches-the-segundo-collection 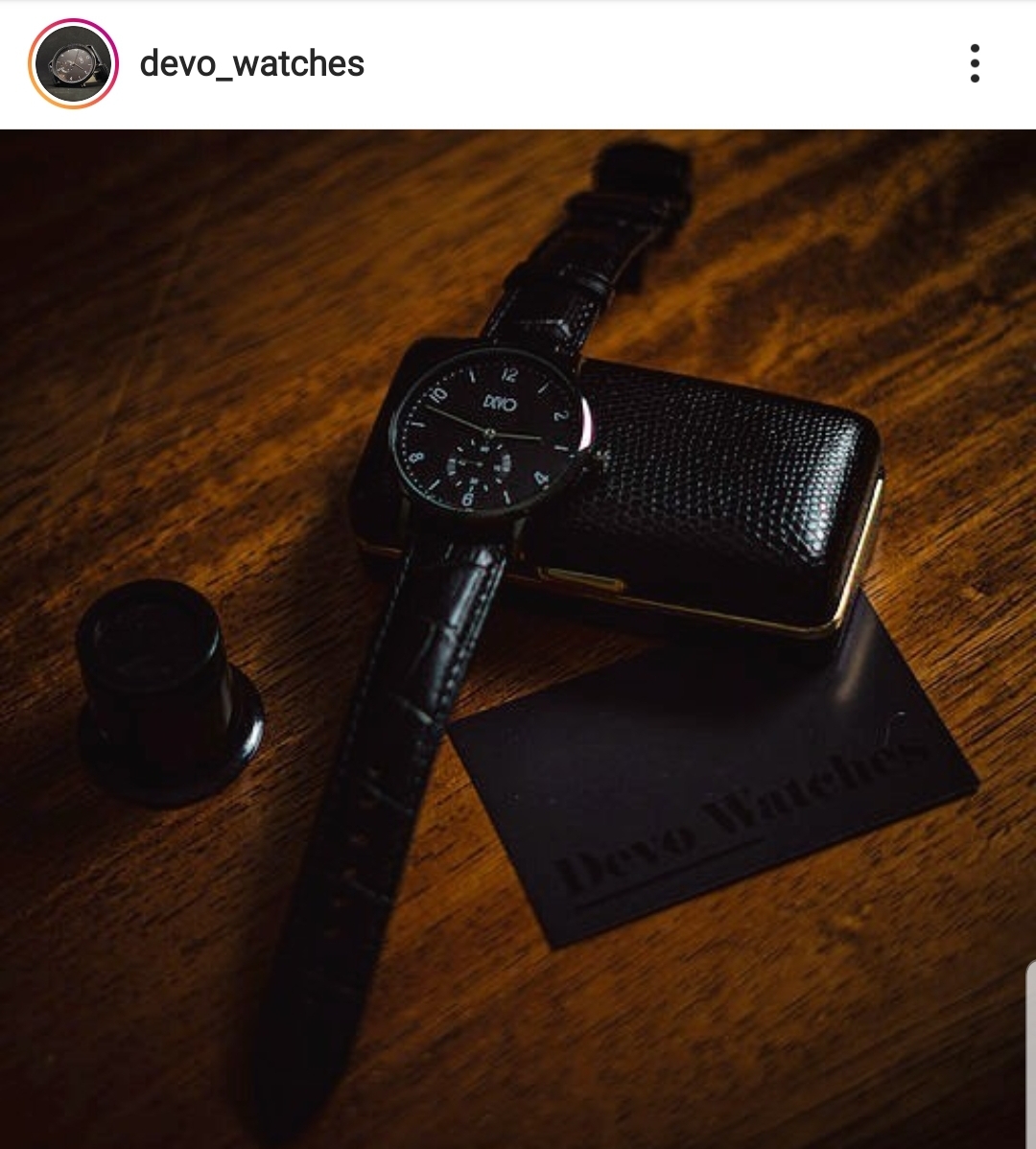 Well guys, that is just about it for this week. Once again, Omair and myself thoroughly thank all of you for your submissions each and every week and we are, now and always, very humbled by all your support.

Until next week, yours in horology