In 1492 a bloke called Chris set off in a boat or three in search of the Indies. Being an unconventional sort, he went off West instead of East, the renegade. After a broken compass or two he bashed into what the locals called Guanahani (the Bahamas to you and me) and so started the birth of the greatest country on Earth.

Before you slaughter or congratulate me, I’m not an Americophile as such. A quick look at the facts will reveal America had it made, fertile land to the east, amenable neighbours north and south, the largest inland river network in the world, immense natural resources and flanked by two oceans. Yes, whoever colonised this land had it made…(and then fucked it up…typical Brits). It’s no surprise the USA is the abiding superpower and will remain so.

The land of opportunity, where you can get anything your heart desires, well almost anything. For all its manufacturing prowess, the US still looked to the old world for its luxury. Absolutely you could drive one of the fine motors coming out of Detroit, but if you wanted to push the boat out, you looked to the German three-pointed star or that beautiful Italian horse.

Wristwatches were no exception to this rule. The US has a storied history of notable manufactures, such as Waltham, Hamilton and Ball, who in their pomp beat the Brits and Swiss at their own game. However, the good times were not to last, the Great Depression made luxuries like watches unaffordable and World War II meant the manufactures had to concentrate their efforts for the greater good. American watchmaking declined, Waltham disappeared, Hamilton and Ball would remerge as Swiss houses. One company which did endure was the Waterbury Company which you now know as Timex.

Bar a few exceptions it has been meager pickings for the American watch industry post War, and although the Swiss had to endure the 1970s quartz crisis, business is healthy if not booming.

Out of the ashes of a once-thriving industry, the US is witnessing a rebirth. The last five years has been a proliferation of independent enthusiast brands emerge. Names such as Autodromo, Vortic and Nodus have worked tirelessly to bring quality watches with a clear ethos to the watch community and done so at attractive price points.

This week we at halfwatchtuesday were delighted to welcome two of the most exciting brands to come from west of the Atlantic.

Monta burst onto the scene a few years ago with their Oceanking, a no-nonsense diver with great proportions, this was closely followed by their Triumph and Skyquest. Read any review and the comments will be the same, highlighting class-leading finishing and bracelet at their price point.

In fact, I believe Monta restructured their pricing after feedback from the community a while back, a mark of a great company is the ability to listen and react. Monta caused a stir last Baselworld with their Atlas, a bezel-free GMT which amalgamates all the best aspects of their collection, one of the highlights of the show in my humble opinion. I would love to sample one in the metal. Check them out at www.montawatch.com

I first heard of Vero through our good friend @thedialartist. The guys from Portland are making it their life’s work to bring to the community some of the best casework available. We were so proud to feature their SW GMT on our Instagram.

It’s great to see a company forge its own path and make something which looks completely original. My personal favourite is the century series, three handers with spectacular colours inspired by the great cycling jerseys of yesteryear (bikes and watches what a combination), three coloured rings framing the dial in amazing fashion and creating something rather unique.

These would make perfect daily wearers. As the Vero guys say themselves, they don’t want to be your most expensive watch, they want to be the one you reach for most often. Dying to see more, hit www.vero-watch.com.

Yes, the US is doing great for watches, so it is fitting we kick off our top pics for the week with that soon to be American institution @kalenschmidt. Having sat out the top pics for a couple weeks she grabs victory from the Jaws of defeat with this Great White effort. We love the use of props, but jam on a mesh bracelet shows a new level of dedication. Ps Check out her Tenn&Two podcast if you haven’t already. 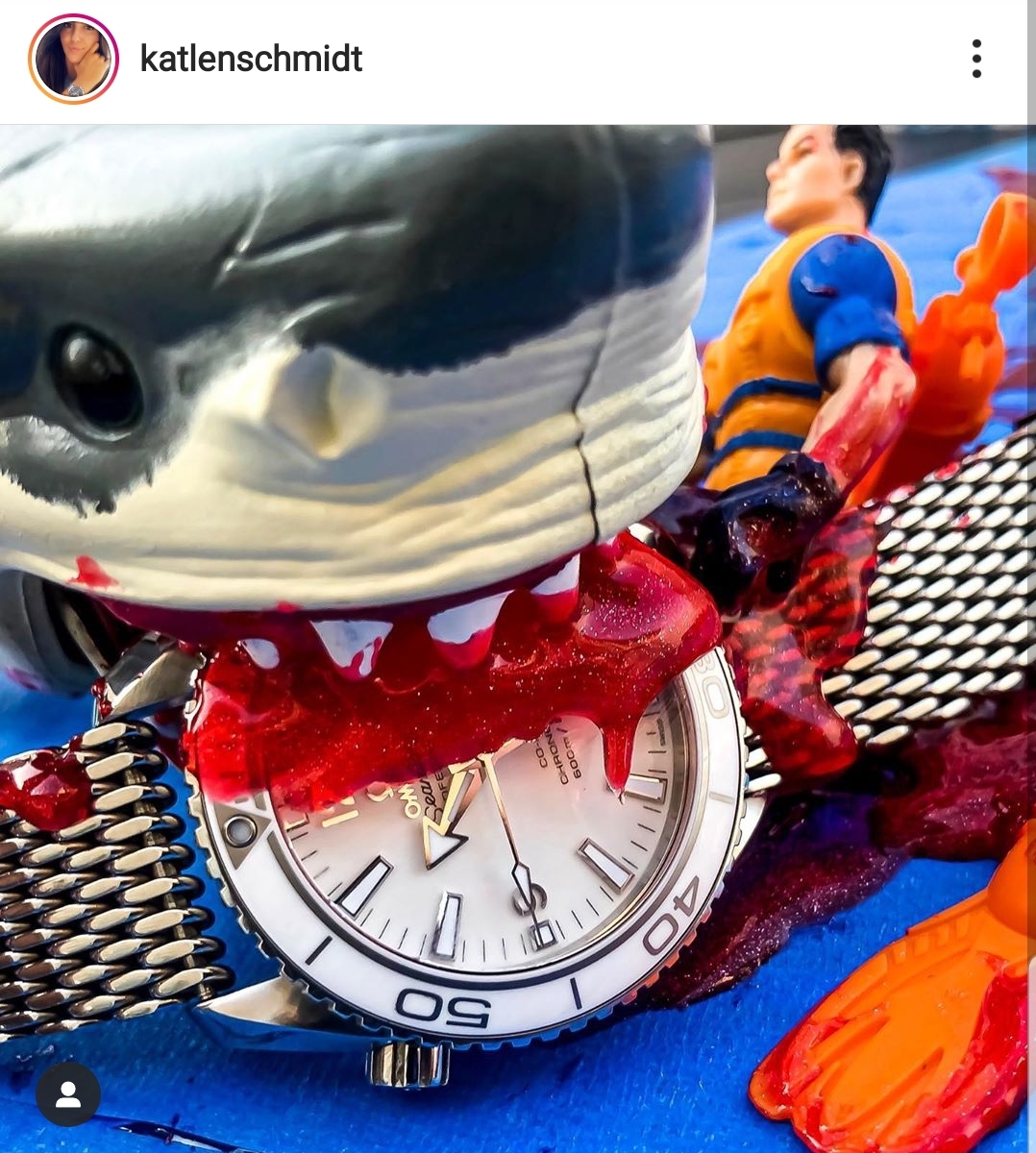 Enough chat about America, now for something, out of this world, from a galaxy far far away no less. R2D2 stealthily evades some stormtroopers with the aid of @strixpixmix G-Shock. 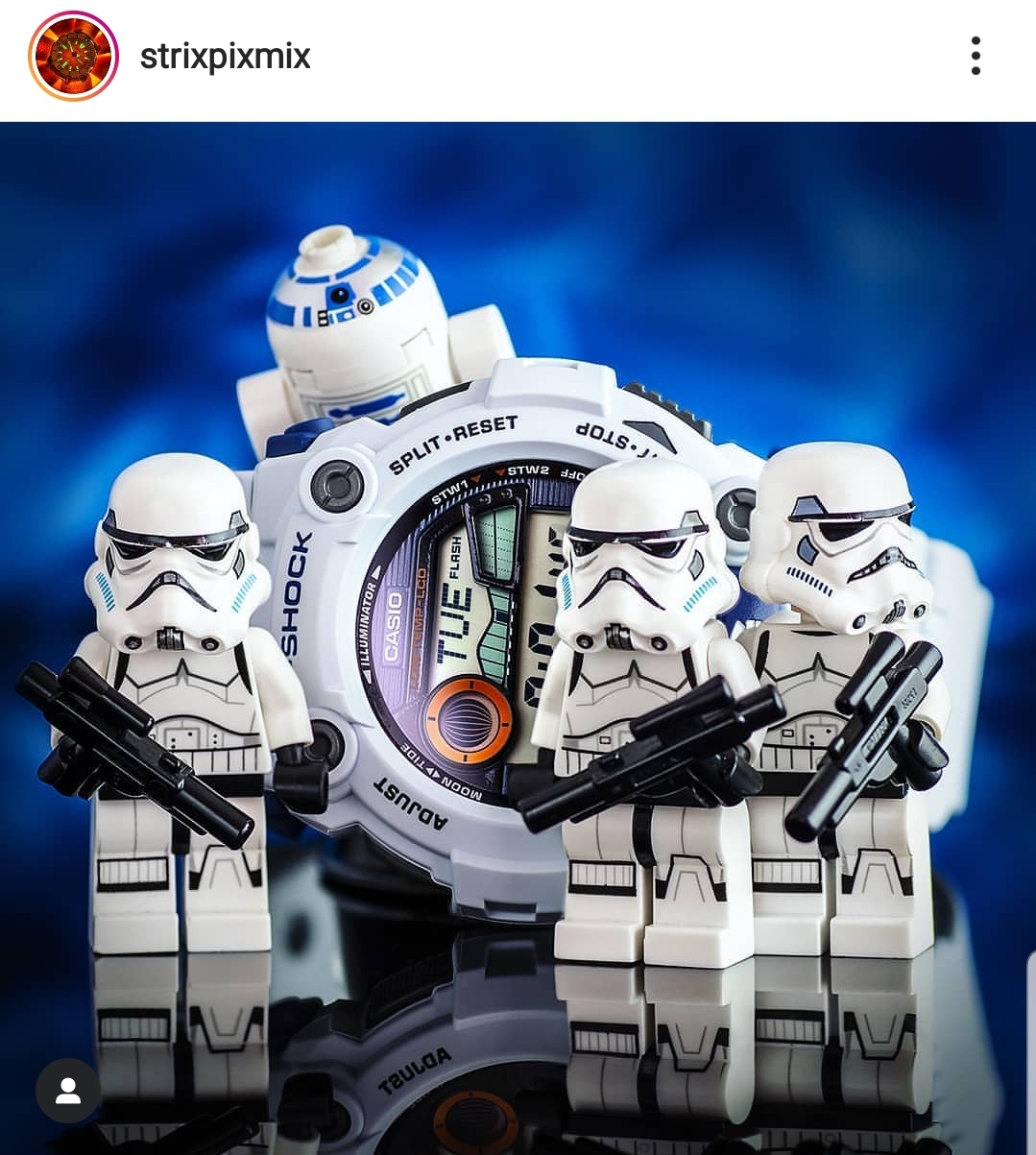 @wryst_ryder doesn’t do half-watch shots by half, treating us to lume and crazy flecto all in one go with the Timex Expedition 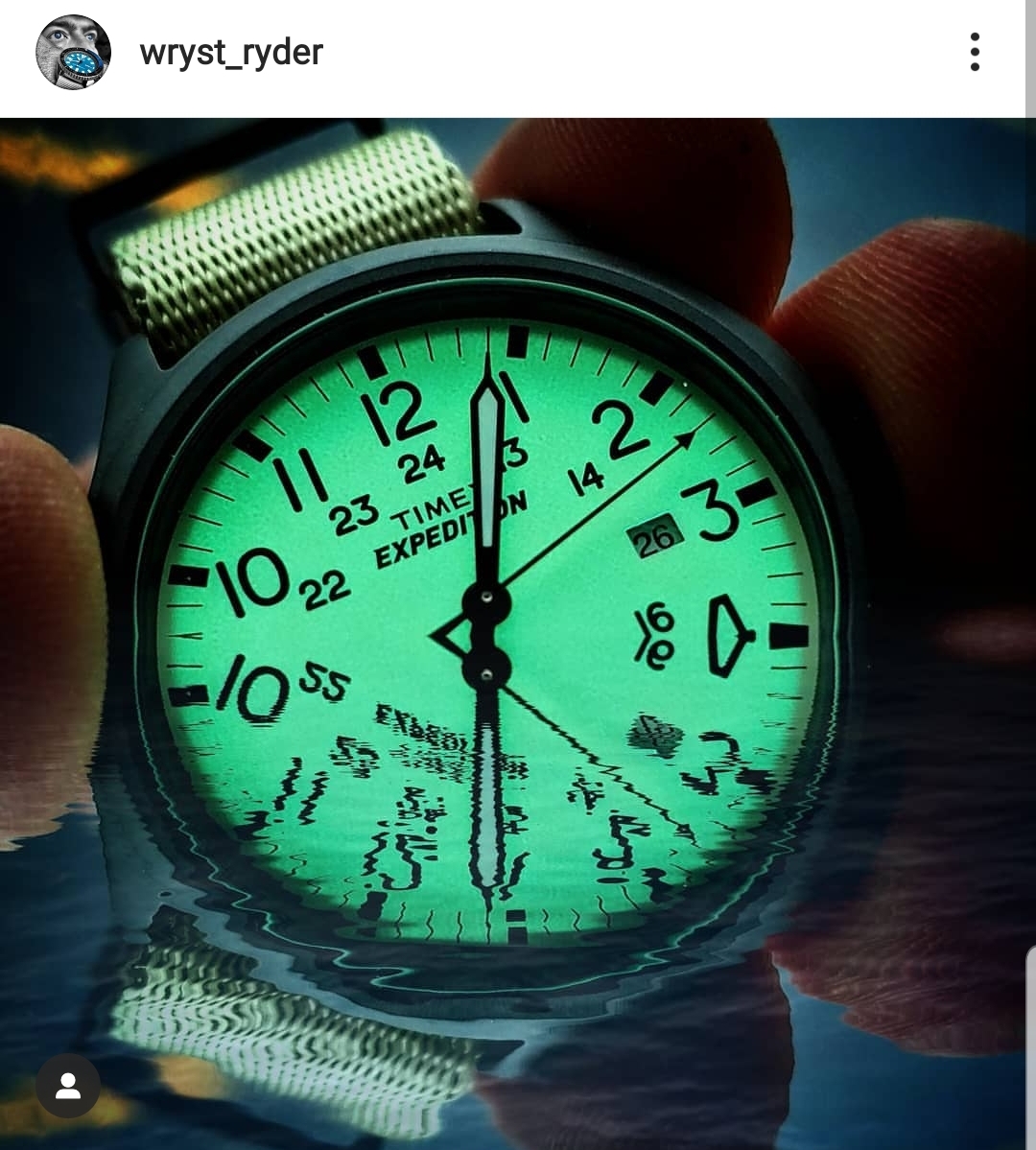 Is it even Halfwatchtuesday without @GMTea_? The SS blue Skydweller is the stuff of dreams, enough to make any heart melt. 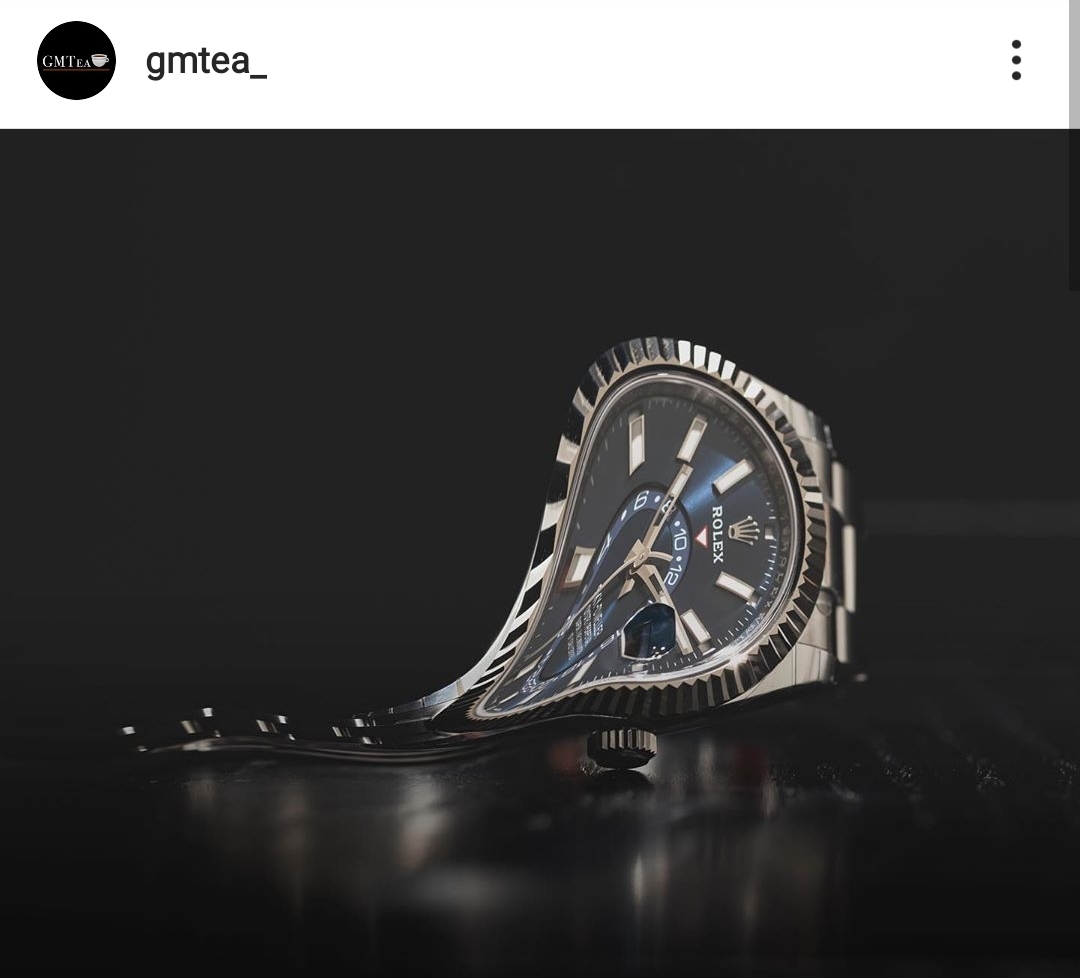 You know that I thought I had enough of Omega Chrono movements until @awatchlist showed me how wrong I was with the calibre 1861, completely droolworthy. 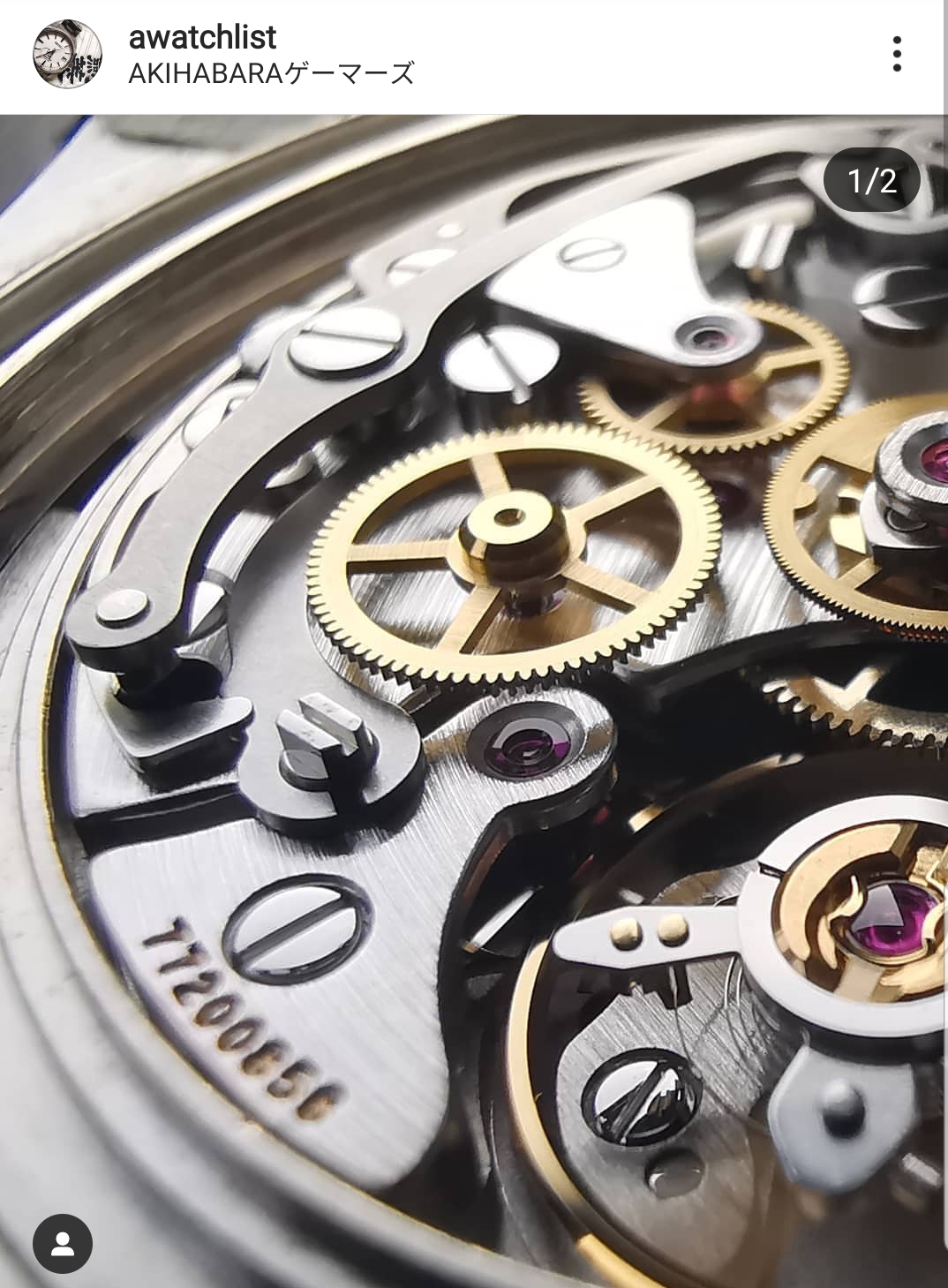 Finally for our top pics is the awesome @phillywatchcollector. We love the playful take with the stunning ceramic Daytona, which looks to have made a tasty snack for this Rock. The scottishwatches pod featuring him is well worth a listen. A great account to follow. 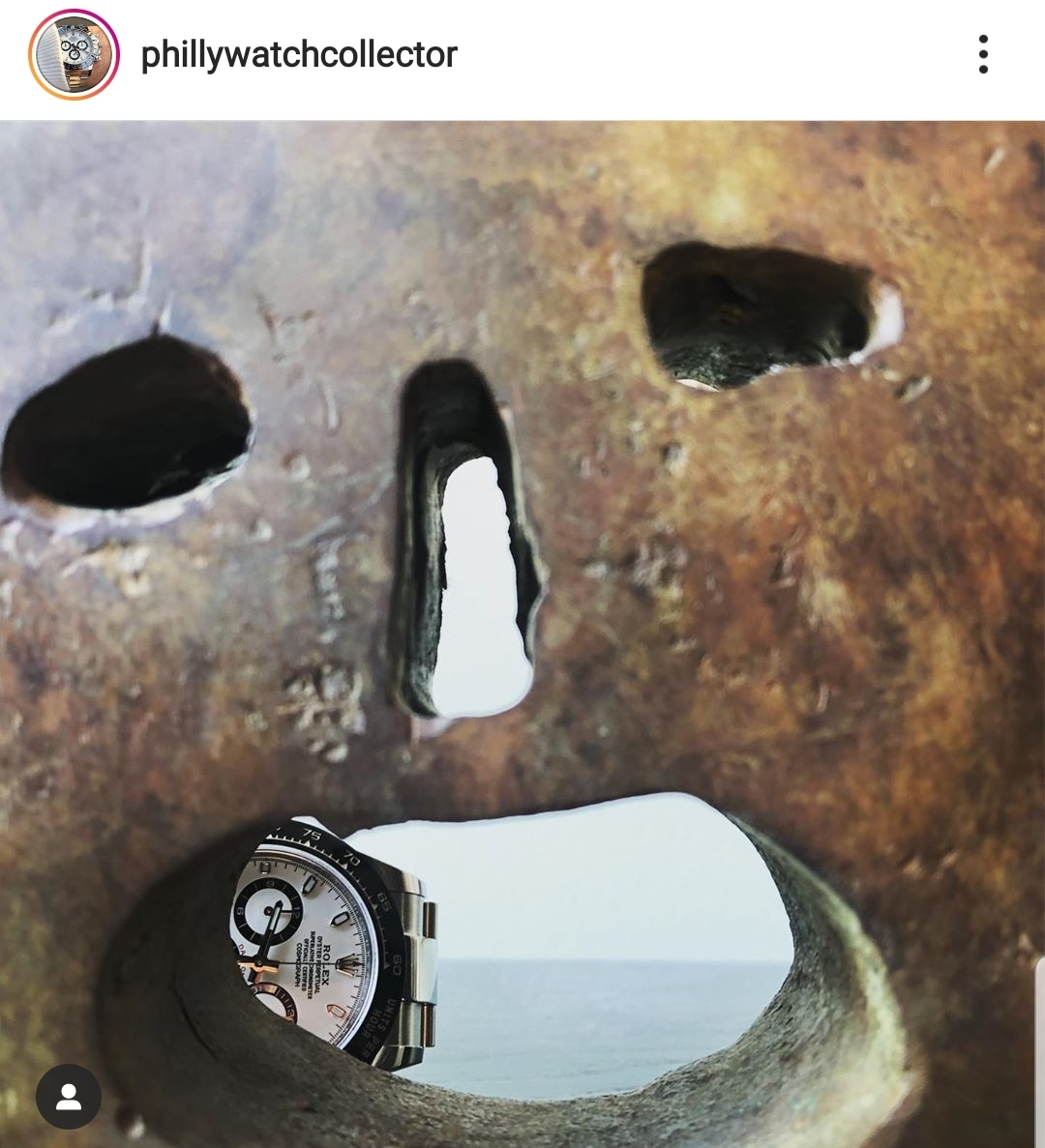 As we have hit up the shout outs above, id like to finish up with saying thank you to you guys in the community who continue to support HWT. You have helped this week be our most successful with over 200 posts and 200 new followers. We are completely humbled by your enthusiasm for us.

Some of you may have clocked a slight difference in the account this week. That is due to Nic (@a_second_after_midnight) finally pulling his finger out and actually getting access to the account. It’s been fun bringing him up to speed, the four-hour reposting teaching session is time I will never get back, but he’s doing an awesome job.

Nic will be exclusively looking after the account for the next three weeks whilst I go on a journey to the middle of the desert for enlightenment.

(Editor Note: It is not Vegas BTW)

So, if you are a friend of the account and wonder why the chat feels a bit different, don’t worry I haven’t been lobotomised, it’s likely Nic. By the time the article comes out he will be at the helm. I leave HWT in, good hands and I know you the community will keep him right.

I genuinely love you all. Thank you so much. Until the next Halfwatchtuesday Salut.