So, an interesting thing happened to me today. I was minding my own business when Omair (@jumpingjalapeno) texted me, asking if I wanted to write this week’s #halfwatchtuesday blurb (can I just point out that I’ve met this fine young man only twice and yet, I’m in contact with him more than I am members of my own family). 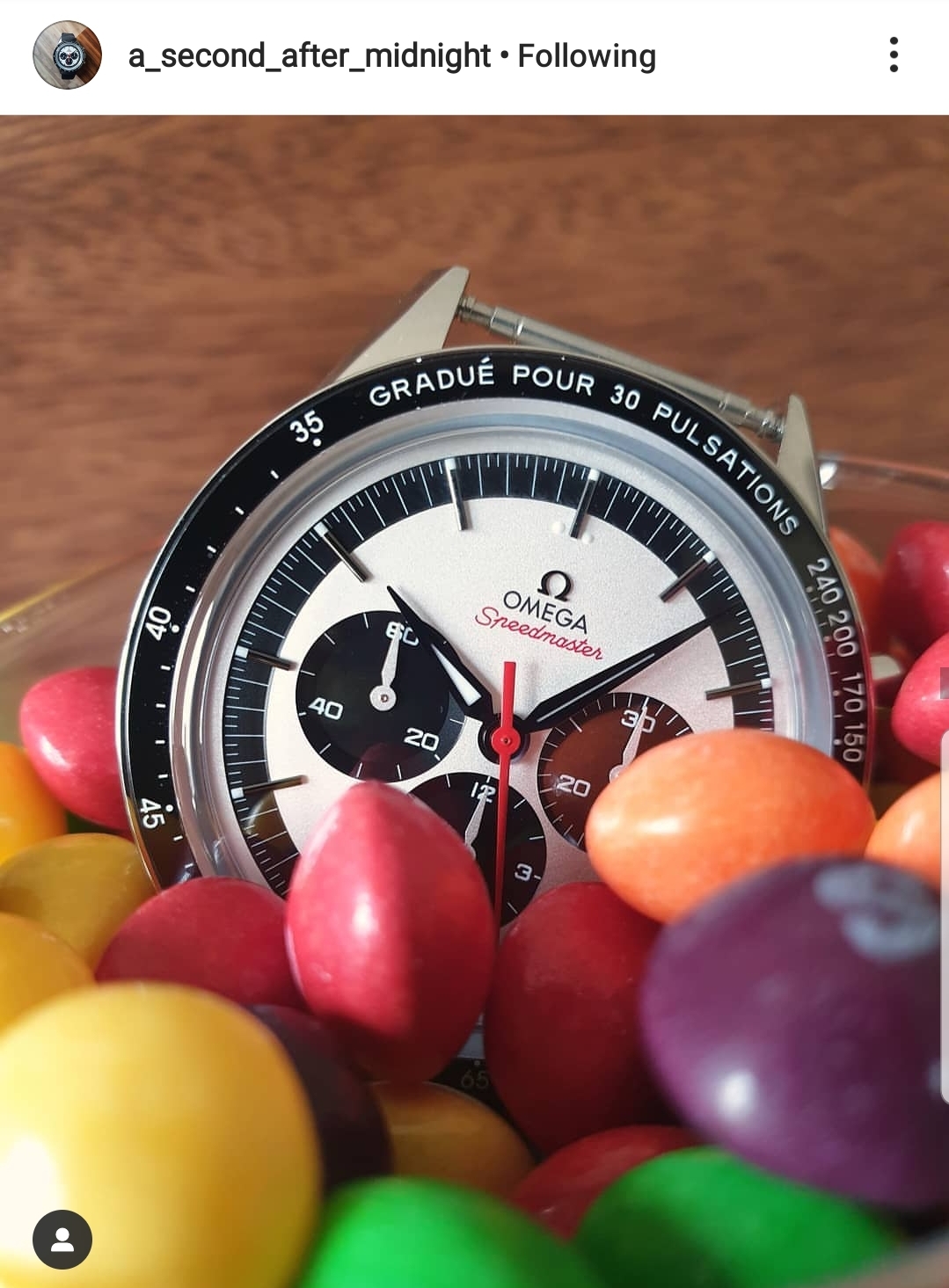 The weak knees, sweaty palms, everything but the vomit from ‘Lose Yourself’ by Eminem occurred almost instantly. “Oh, it’ll be cool”, he stated, “It’s the 50th Anniversary of the Moon landing and you own a Speedy, just chat about that”. Cue the vomit.

Before going any further, I do feel I need to declare a possible ‘conflict of interest’ as it were. As stated above, yes, I do own an Omega Speedmaster. More specifically, the ‘First Omega in Space’ CK2998 with the ‘panda dial’.

(editors question: Is that one waterproof?)

Now, I’ve had this watch for just over 6 months and I love it. Every time I look at it, I’m reminded of the long hours and relative sacrifices I’ve made in order to obtain such a watch. I love the sandblasted effect of the dial, the red chronograph hand, the applied ‘Omega Speedmaster’ on the dial. Also working in the healthcare industry, the pulsometer is an added quirk.

(Editors Note: is there a big need for hospital cleaners to take patient pulses? is this just more NHS cutbacks?)

People I know and have spoken to love it as well. All round, amazing watch. But this brings me to my original question that Omair instinctively instilled into my thought process. Do people buy and wear watches for the history that a certain piece may bring or for the fact of just liking the watch for what it is?

So, the Moon landing. The 50th anniversary of putting human beings (wearing watches) on a celestial body roughly 385,500 km away. Whatever way you look at it, a phenomenal achievement. There are really no words appropriate enough to describe it.

Researching how the Speedmaster indeed came to being known as the Moonwatch, you can get an utter wealth of information about it. I think (fellow hashtag inventor) Robert-Jan Broer summarized it perfectly in his article for Fratello magazine (definitely recommend a read). He goes into great detail regarding the watches that were offered up to NASA at that time, the rigorous tests that were utilized and ultimately were the other brands failed.

Reading about how Walter Schirra, the only astronaut to fly all three of NASA’s early manned missions and how he bought his own personal Speedmaster CK2998 to take into space made me almost smug in the knowledge that I own a limited edition version of this.

This brought me back to one of my original questions; did I buy my watch for the reasons that I’ve stated above. In short, the answer is essentially no. Granted, the history of the Speedmaster watch and everything that goes along with owning it is definitely an added bonus but for me, its not the be-all and end-all.

The feel of the watch, its aesthetics, its presence; those are more what I went for (Fun fact when going into the Omega boutique, I had the sole aim of buying the Speedmaster professional. However once trying it on, it just didn’t ‘wow’ me as I thought it would.

Then, upon seeing the CK in the window, I wasn’t leaving with anything else). I guess it is up to individuals themselves as to why they wear any specific watch anyway, which is something we are always trying to uphold on #halfwatchtuesday; that it doesn’t matter what watch you photograph if you find it appealing, so will we.

What I did find interesting however is that I found a number of other watch brands, some of which I hold my hand up and say I didn’t know a lot about, had indeed been to space themselves.

Breitling, Seiko and Sinn have all had specific watches enter orbit, as have ‘lesser’ known Russian brands like Poljot in 1961 and Strela in 1965. Now, you wouldn’t synonymize all these brands with being ‘space watches’, nevertheless example watches from these brands have all been demonstrated to have been in space.

(Editors Note: “synonymize” see that Jumpin that is long words for you, don’t get that sort of stuff when you are in charge)

Which brings me back to my original point, it doesn’t really matter what reason you buy a watch. It may have been to the moon or even to space, it looks goods, it feels good, heck, because it makes other people jealous; it really doesn’t matter.

(Give me that Laptop!) Hey folks, @jumpingjalapeno back again. Didn’t Nic do well! Of course, this week was heavy on the speedy action and rightly so; we would be wrong not to feature some in our hot selection. However, as you know we at HWT HQ believe in variety and giving everyone a chance to enjoy their watch any day they like…so without further ado lets dive balls deep into this week’s top pics

We kick things off with a cracking vintage-inspired Chrono that’s not a speedy (because we can do what we like). @watchesoff absolutely nails this day shot of the Hanhart Pioneer MonoControl. I’m dying to press that red button. 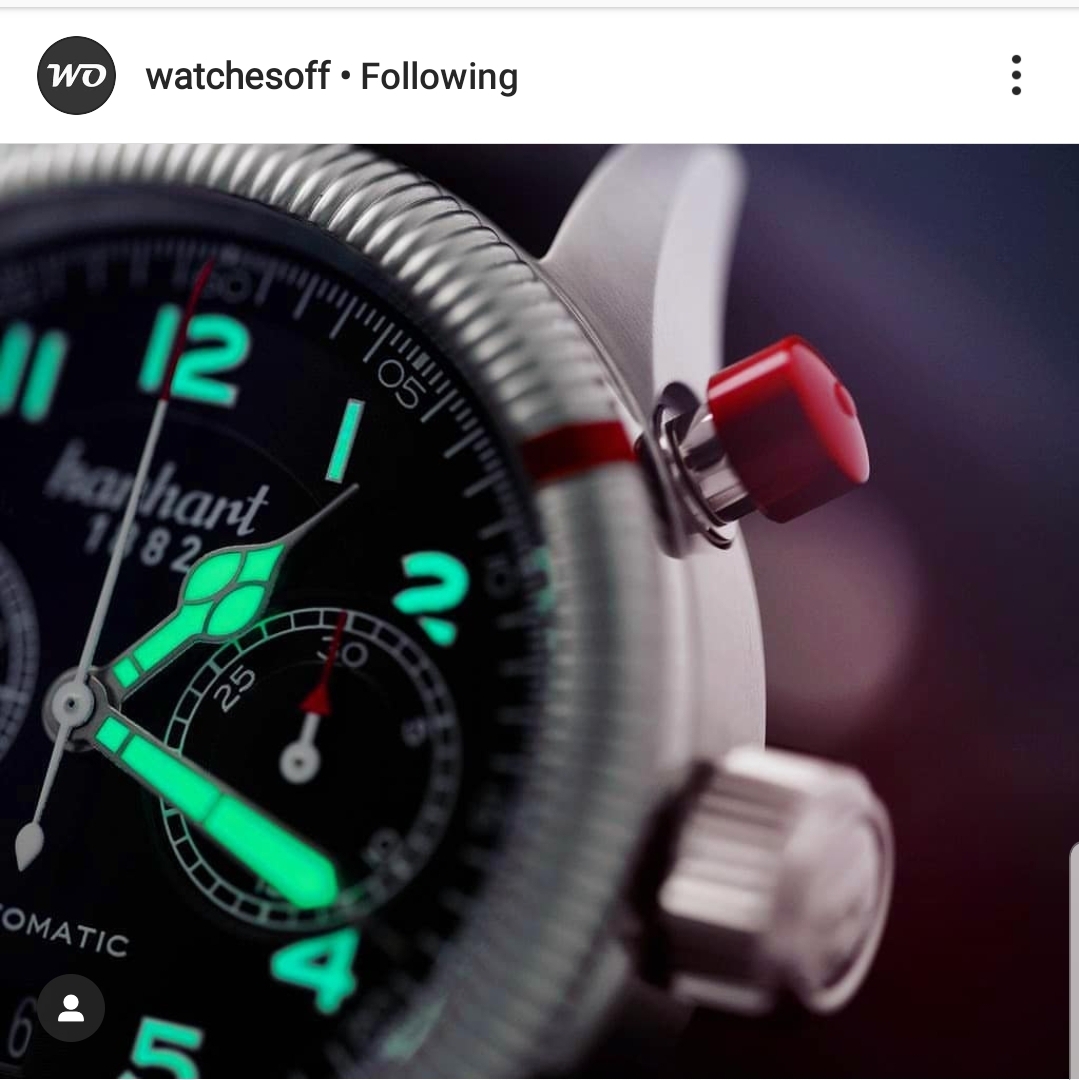 Oris is a brand that has been making waves recently. Many looks to the 65 but the Aquia is no runt of the litter. It is hard to come across genuinely original designs, but the Aquis is just that, captured brilliantly by @watchclicker 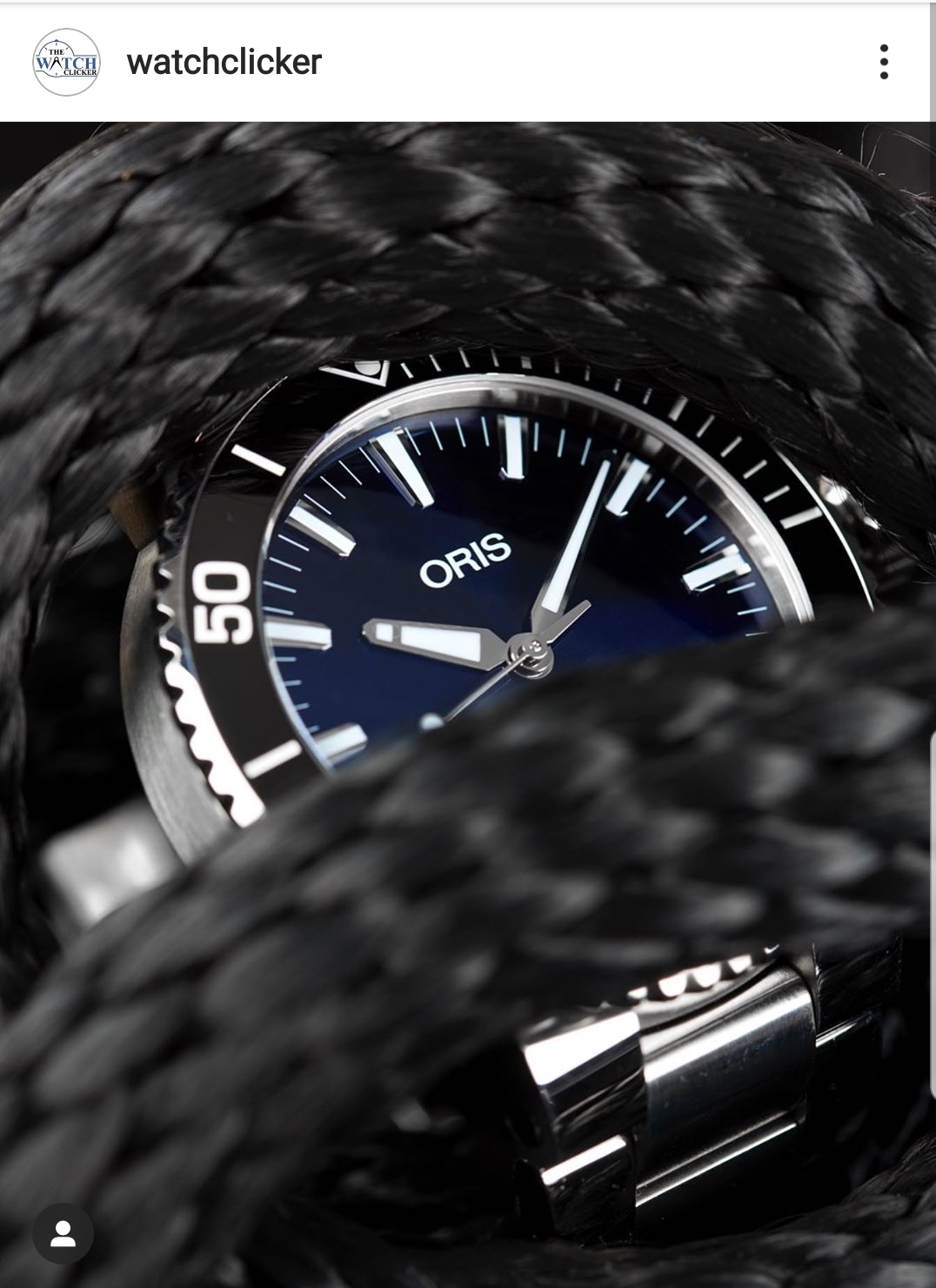 You might have guessed but I’m a bit of a Grand Seiko nut and why wouldn’t I be when you can somehow get pictures of the legendary snowflake good as this by @awatchlist. Check out his full post for the full breathtaking glory 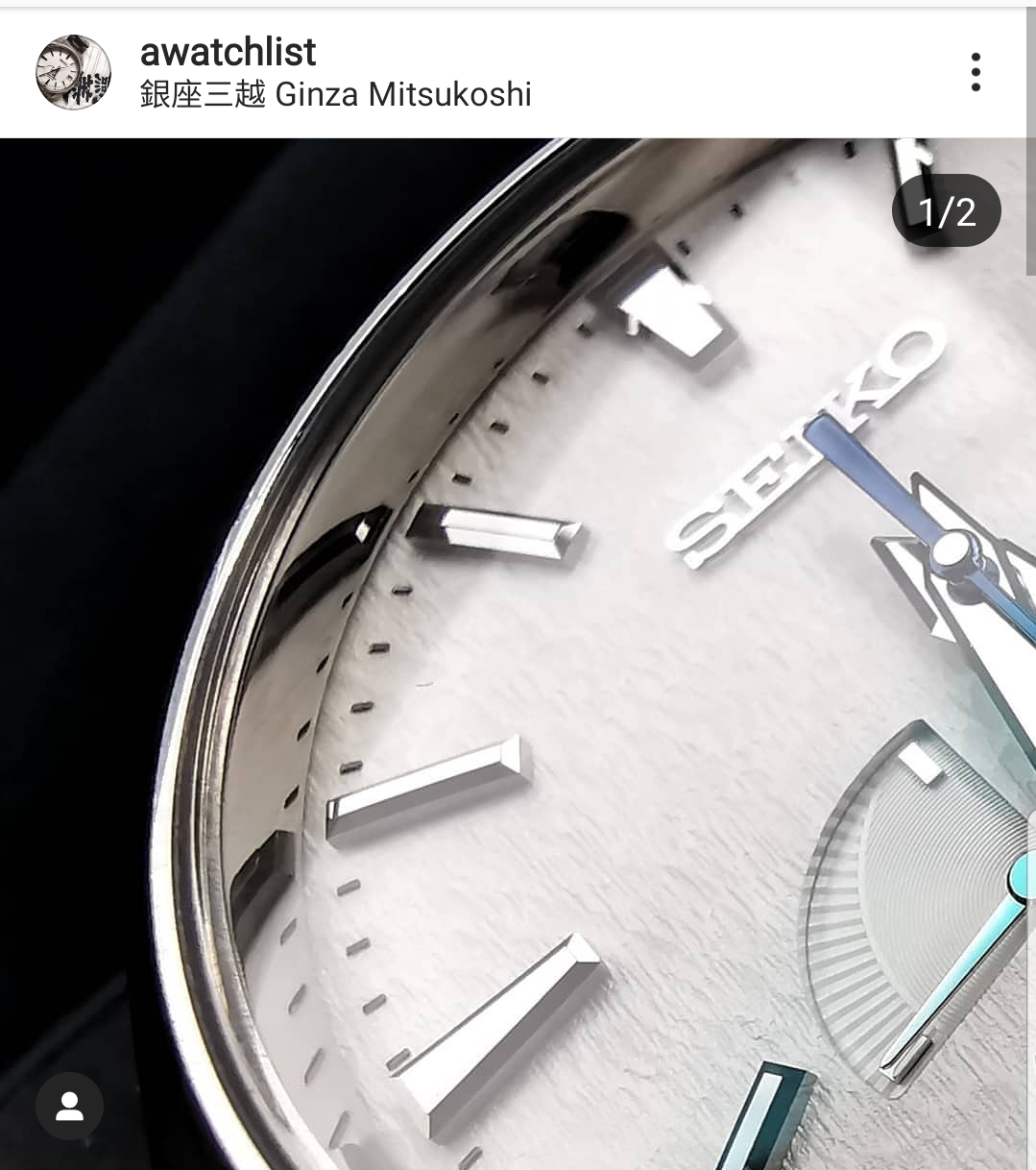 With a great history, backed by a watch giant, a great range of watches and also having named a serial killer, Zodiac is definitely on my radar. I don’t know many brands which could match a black dial and white bezel to such glorious effect. Amazing shot @watchgram. 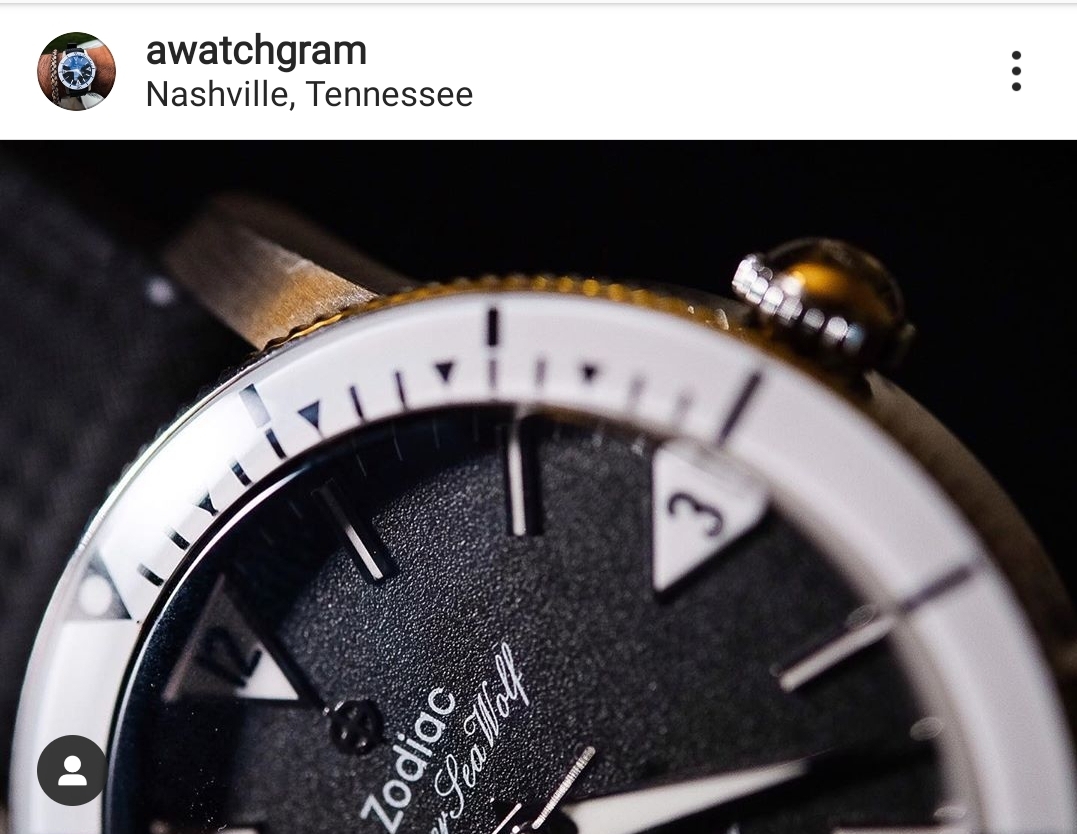 Ok, I have made you speedy fans wait long enough. We loved the different perspective from this speedy shot from @timehonouredcases. 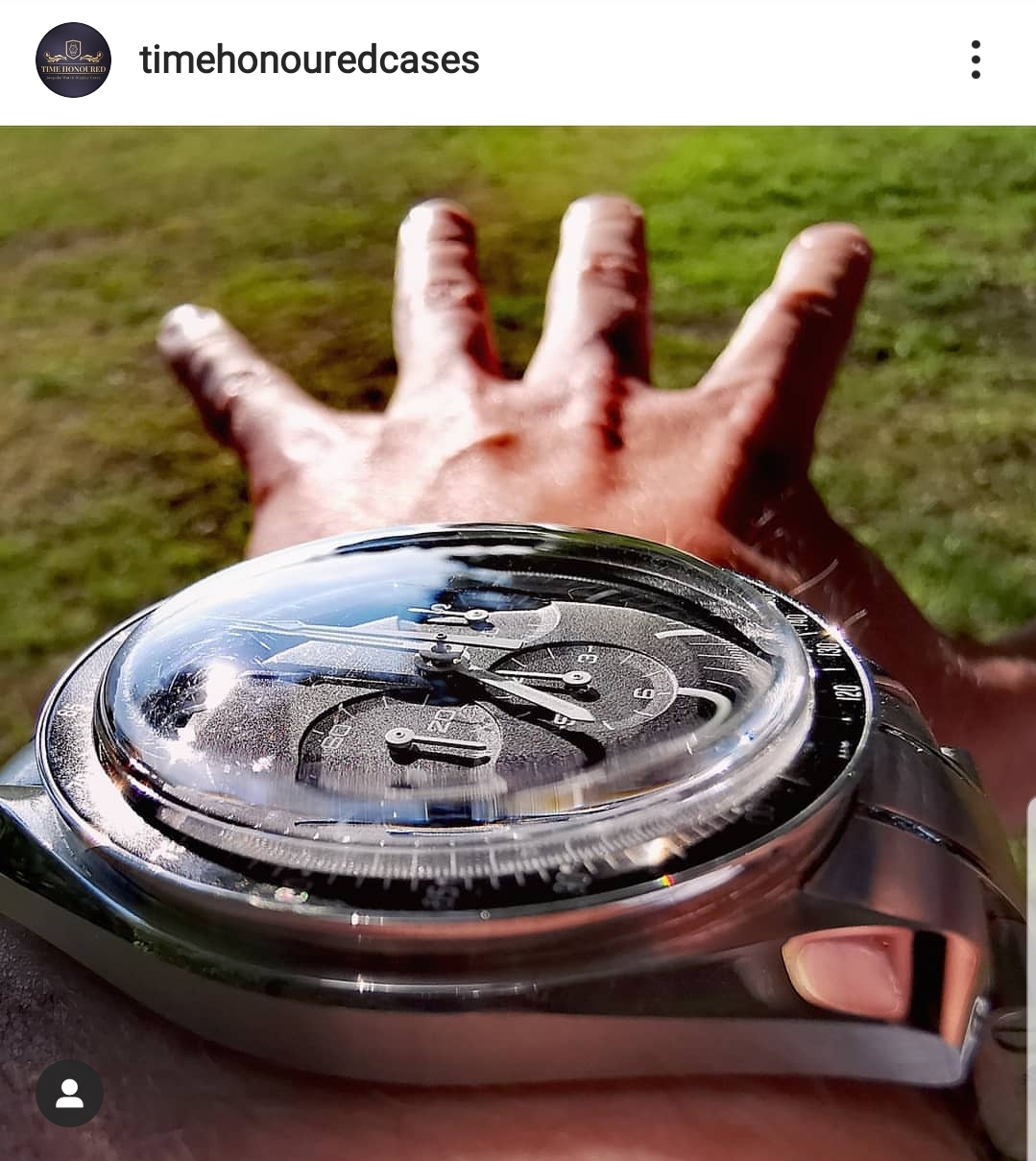 Forget the cream this Kat breaks stereotypes and goes straight for the cigar. @katlenschmidt in the top pics again! Best of luck to her and @a_girl_and_her_watches on their new podcast Tenn and Two. 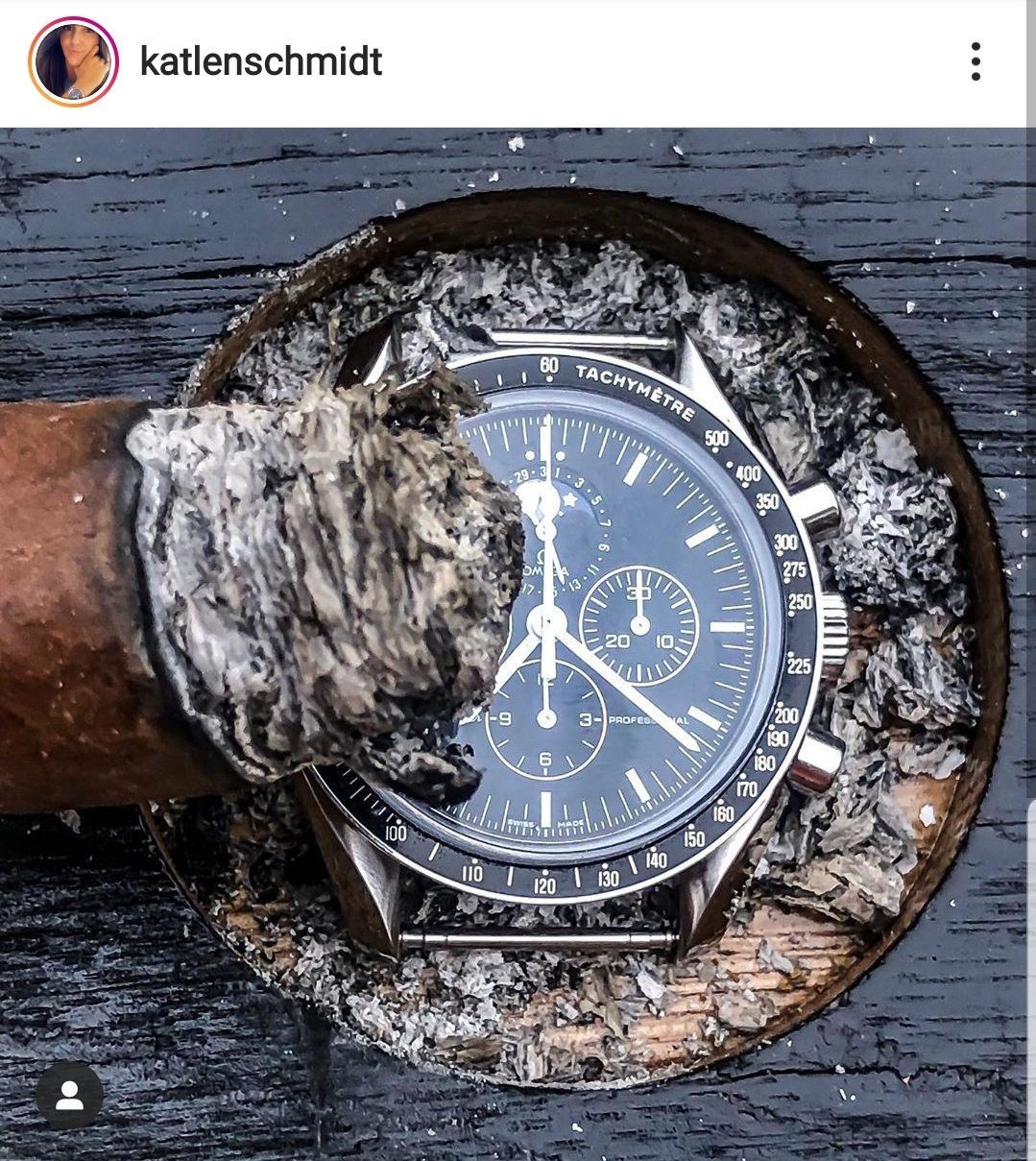 Another girl we cannot get enough of is the extremely talented @dianaevansillustration. We love her playful take on everything watches. She takes her rightful place in top pics, not for the first time. 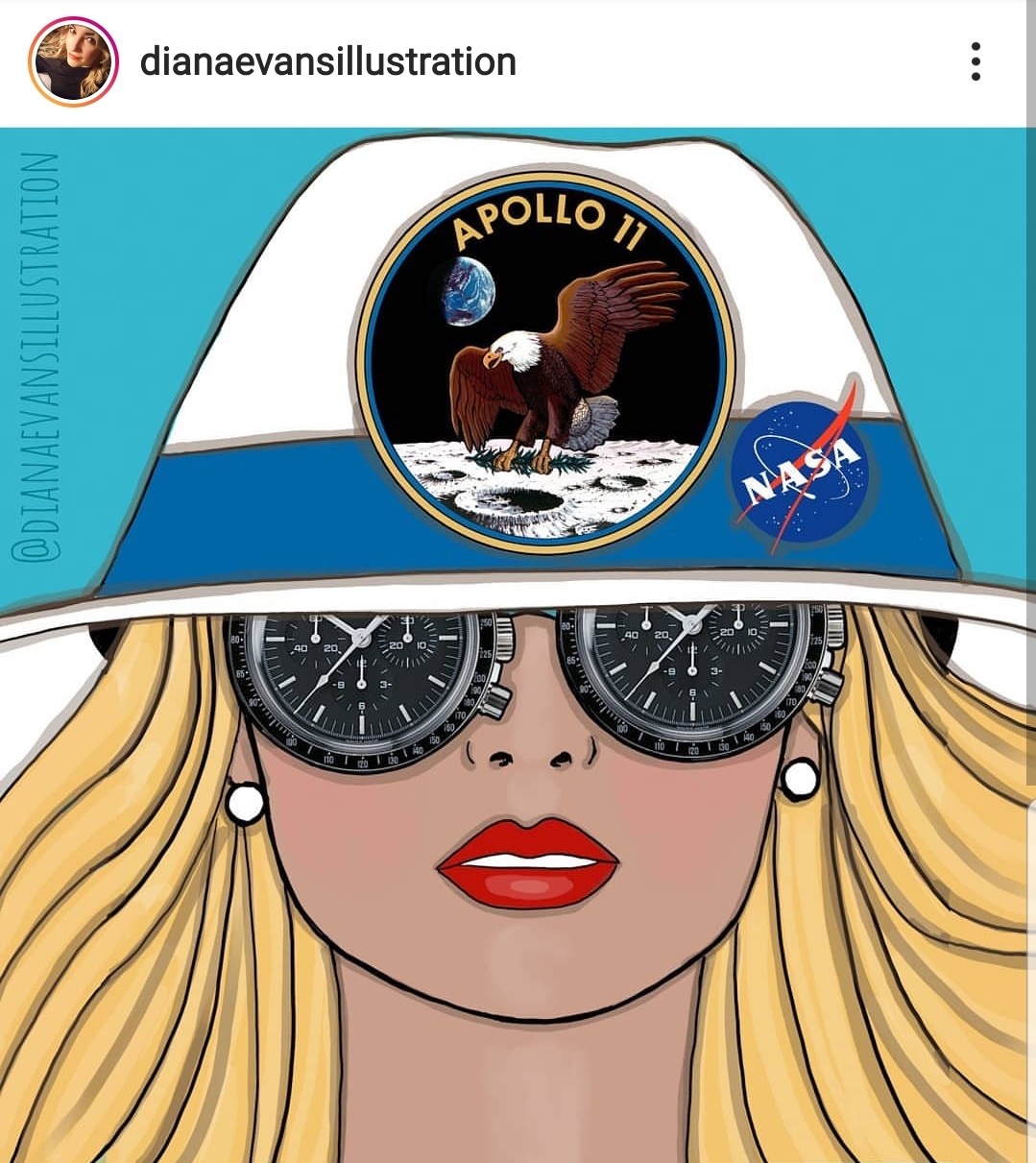 Top marks for use of props goes to @floatlite and his take on batman vs Joker. This was much better than anything DC can produce. I pray he has a BLNR so he can go next level with this theme. 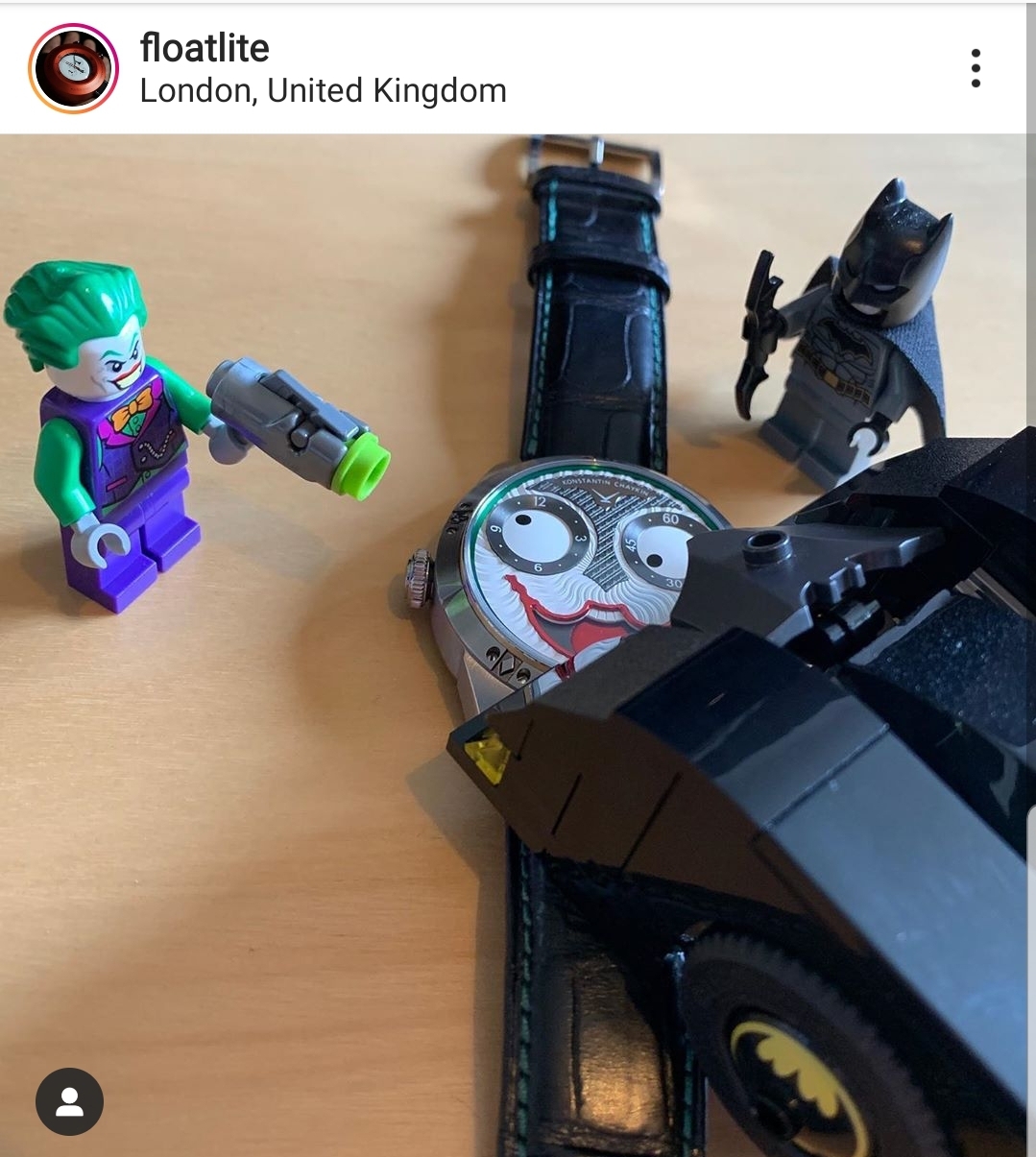 Last up for top pics is this stunning shot from @wis_on_a_budget. Much coverage has been given to the excellent new Trident but I love this steel bezel GMT. With brilliant use of shadow and light, it had quite a few patting his back. Well done bud. 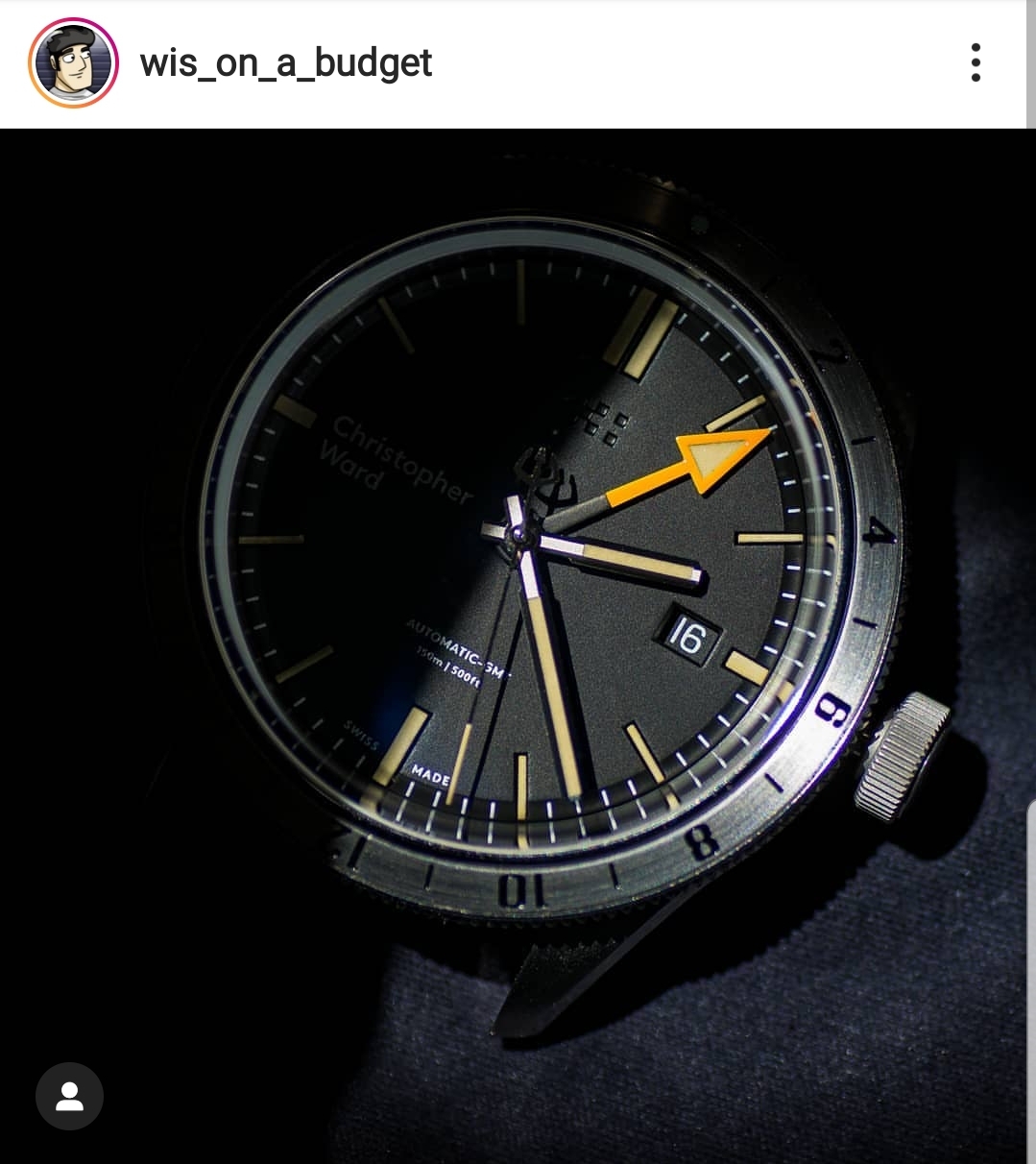 A few weeks ago we were treated to a luscious green dial Chrono by @mr_milgauss, this week we welcome the brand that brought us it. We are delighted to have @undonewatches join the halfwatch fun, celebrating the Moon landing in their own uber-cool style with this spectacular LE Snoopy which we don’t expect to be available for long, so act fast. 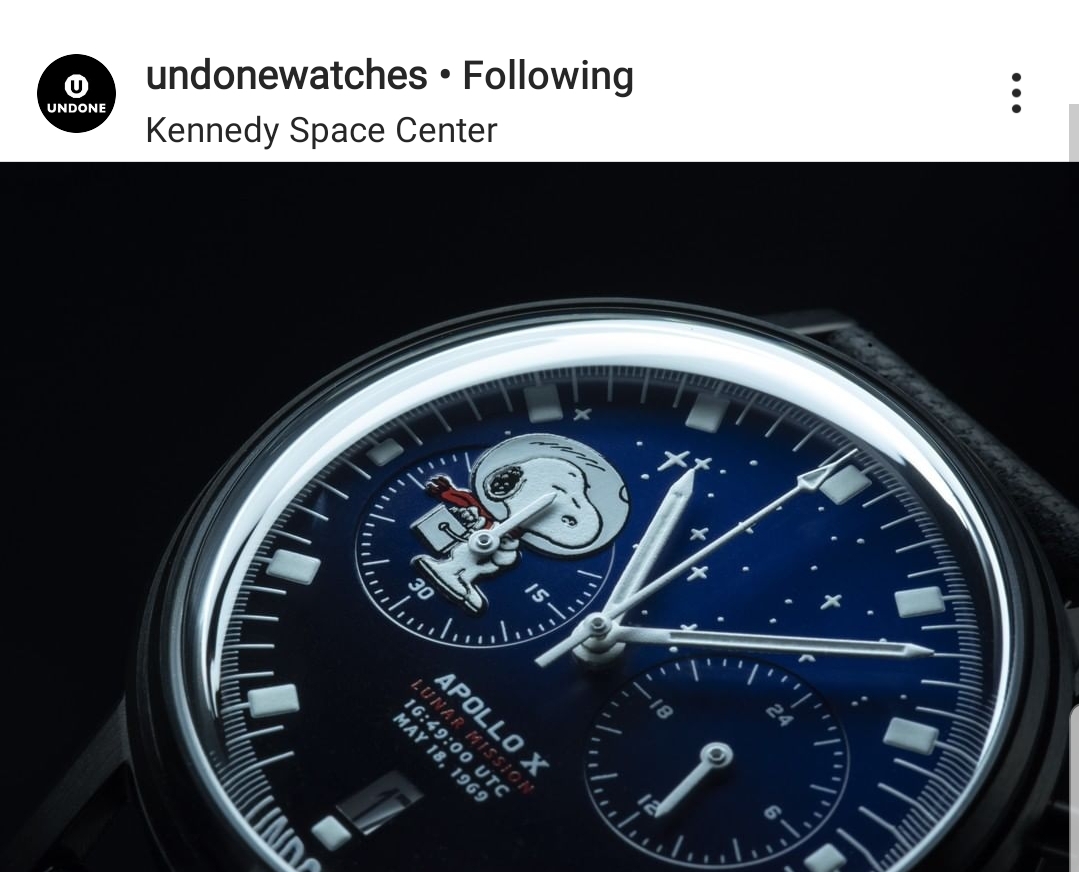 We also welcome @missionwatchcompany with their no-nonsense Mission one which looks a great go-anywhere watch and with 300m water resistance it can handle the rough stuff. You gotta check out a lume shot of this baby on their website. 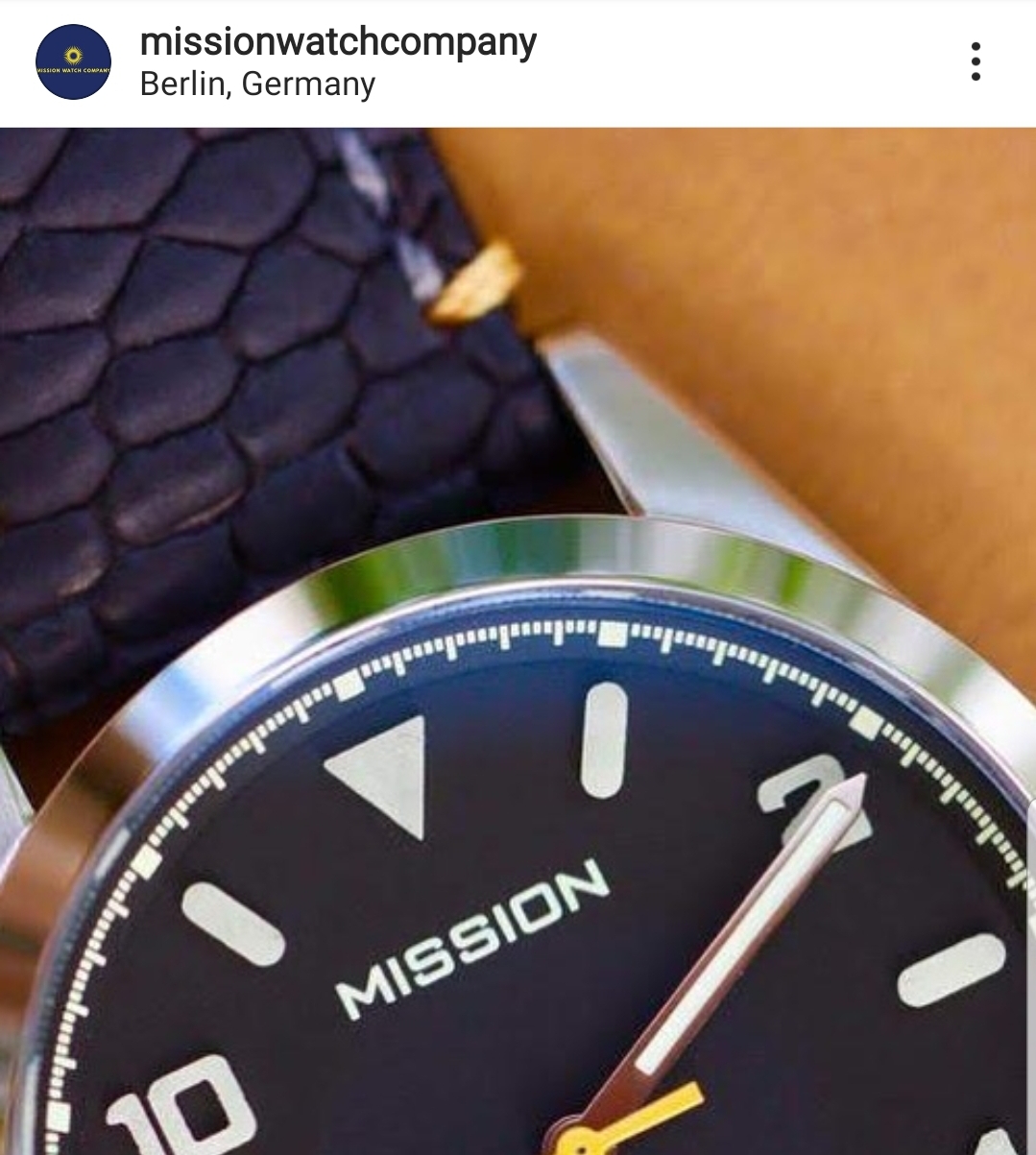 Next up is a guy who needed a shout out earlier, the supreme @thedialartist. His portfolio of designs is of the highest quality, the earth designs are a personal favourite. If you are looking for something a little more unique check him out, it’s only a matter of time before he hits the big leagues. These are my genuine thoughts and not just because he has followed me back on Instagram. 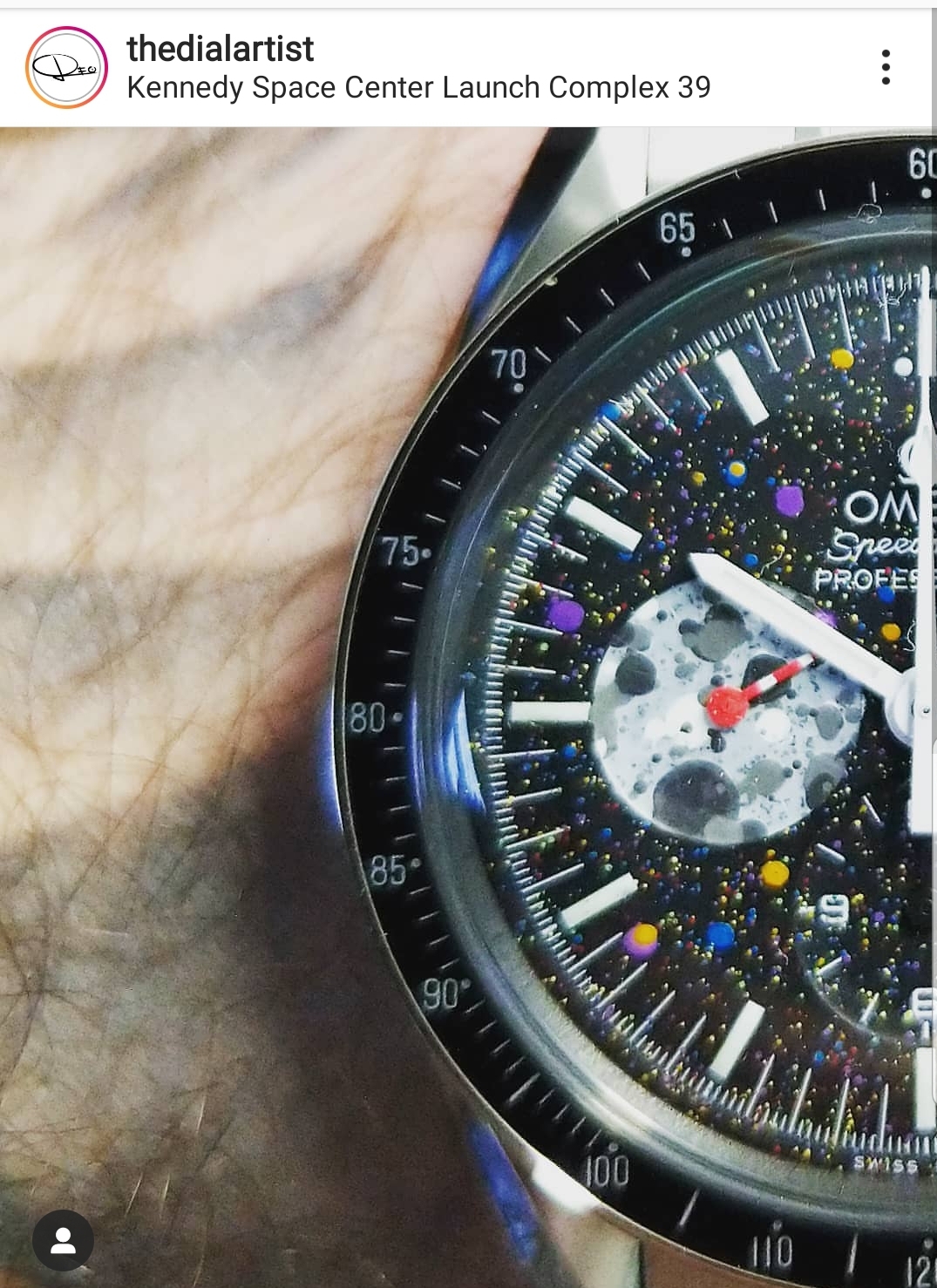 You got a Rolex, but want to change out the bracelet, then you will no doubt have heard of @everestbands who also got involved in the action by sharing @mrsubmariner’s post who is clearly a happy customer with a classy grey strap on his Sub. 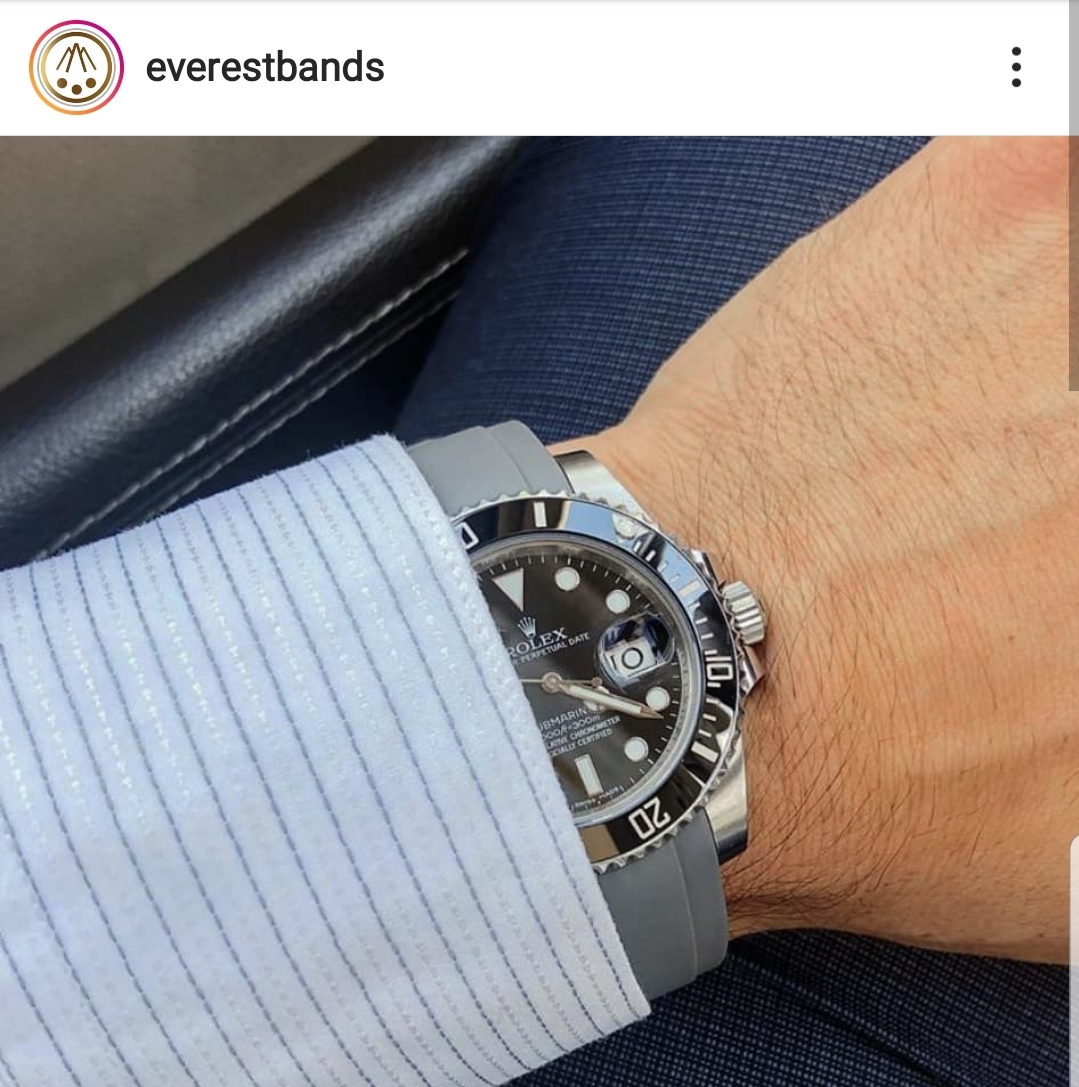 Last up for this week we welcome a great account @orisfanboy to the halfwatch party. Honestly, if you love Oris he is the account to follow and is a really stand up guy. Thanks for participating buddy, it is great to have you. 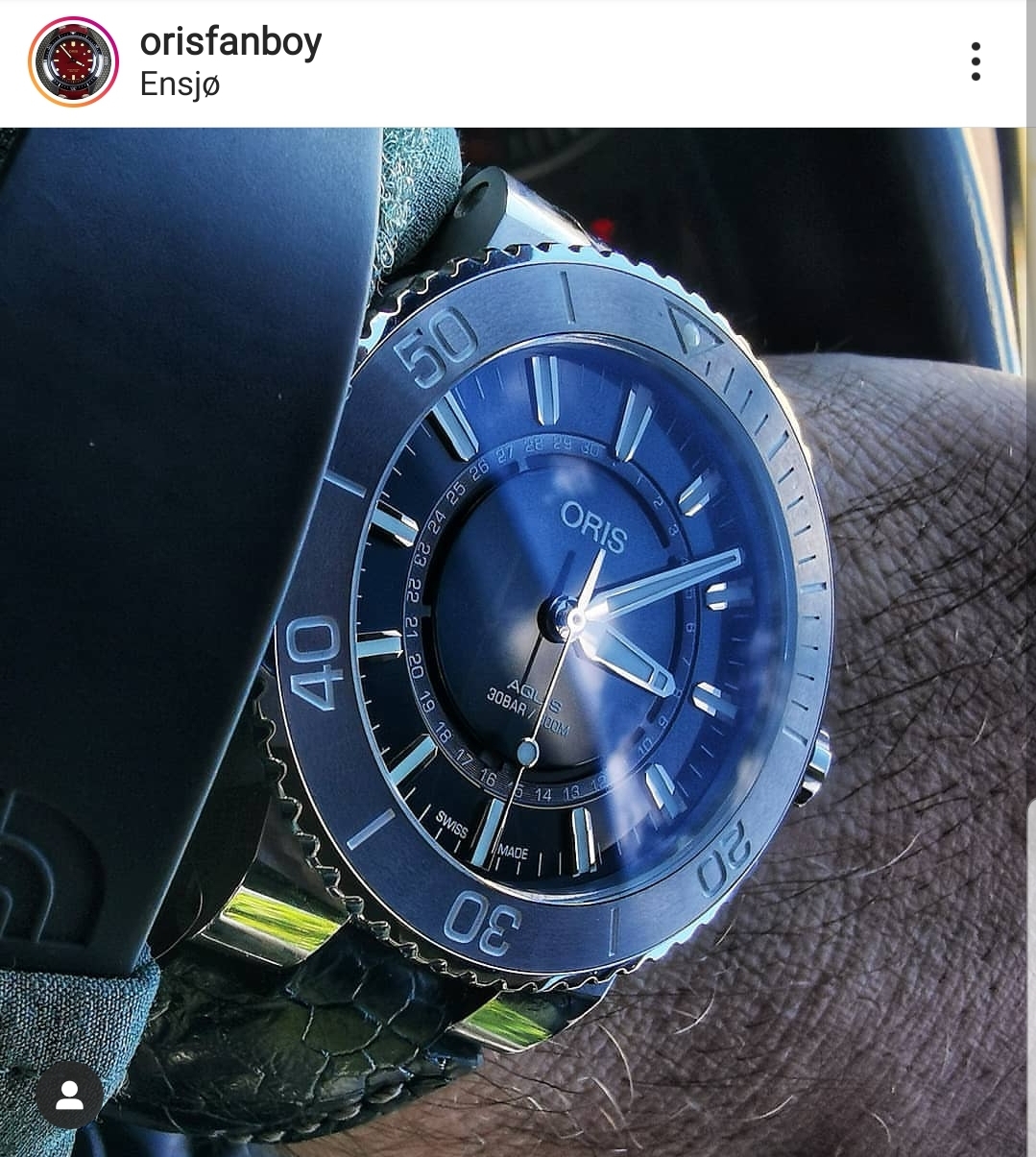 Folks that’s another round of Halfwatch Tuesday done and dusted. I hope you have enjoyed it. As the article was a joint effort this week it is fitting I give the last word to my half-watch f*ck buddy @a_second_after_midnight.

So, to sum up, you wear a watch because it means something to you and you enjoy wearing it. That’s really all that matters. Also, on a side note, I speak for Omair and myself when I say we do enjoy seeing every #halfwatchtuesday post that you guys send in and we thoroughly appreciate the support we get from all the #watchfam regarding it. So, if there aren’t any questions (which I’m sure there are, but I am nowhere near qualified to answer) I will sit down and just continue to stare at my own Speedmaster for the foreseeable future….