James Bond- a name synonymous with ‘coolness’ and suave.  Like many young boys growing up, James Bond was always the pinnacle of what you could be. A spy that drives fast-cars, saves the world and has seemingly endless gadgets that could get him out of almost any situation. Unlike many, however, it wasn’t the Aston Martins that caught my attention, as beautiful as they are- it was the watches. Specifically, the Omega Seamaster watches. Being born in 1999, I grew up with Daniel Craig as James Bond, appearing initially In Casino Royale in 2006. As the James Bond I knew had always worn Omega, I knew from the start that at some point I would need to tick the box.

Starting my collection in 6th year of high school, I was growing up and thought that a nice watch was something that would be a good buy and something to keep for my life. I ended up buying a Tudor Glamour in Champagne with day and date function. Interestingly, I only found about this watch through a Facebook group which is how I met Rikki from Scottish Watches, however, that’s another story for another time. After purchasing the Tudor, I caught the watch bug. 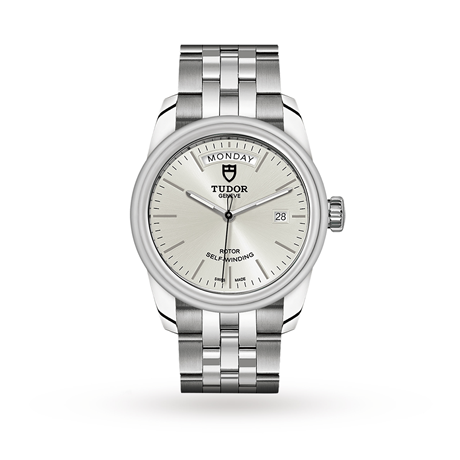 I went through a phase of buying other watches such as a Tag Heuer Aquaracer, my first watch regret. However, this is also another story for another time.

My distaste of the Tag had left a sour taste in my mouth and as such, I took a break from purchasing watches. However, I’d been rewatching the Bond films and really enjoyed Casino Royale. I couldn’t take my eyes off the Blue Seamaster Bond was wearing throughout the film, in conjunction with a Planet Ocean. There was something about the blue that I just fell in love with. This is when I decided it was time to see what deals are out there and potentially pull the trigger.

I had finished university for the day and was walking by the Argyll Arcade in Glasgow and had some time to kill, so I stopped in the Omega boutique for a look and to get a rough idea of what kind of deal was out there for one. I spoke to a salesman called Garry. He was knowledgeable and could answer any question I asked. More importantly, however, he was willing to give me the time of day. This is something that other retailers in the Arcade had never done when I was looking to purchase watches. Garry however wasn’t put off by the backpack and casual jeans and shoes, he was happy to share his passion of Omega. We started chatting about pricing and I was informed that the watch was on sale- £2600 as opposed to the £2920 RRP. To me, this was a great deal as he would also include an Omega Bracelet worth £230. Something I had always admired but struggled to justify for some rubber and stainless steel. 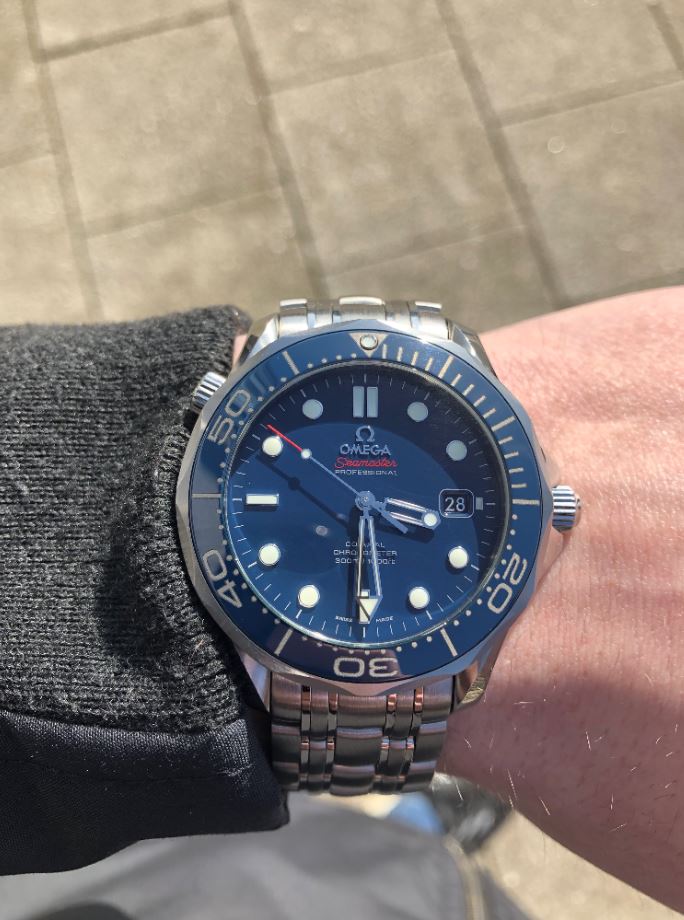 I tried on the watch and started thinking as beautiful as the blue is, black may be a safer colour as it would go with more black jeans and work clothing. However, I told myself that the blue was what I had always wanted, and I’ve already got watches with black dials and so it was time to change things up. It would be something nice to wear for the summer and a treat for finishing the year at university. I decided to head home and have a think about the deal and what was being offered, along with colour choices.

I finally decided after a bit of thinking that it was time to purchase, I would go ahead with the deal. It took a while to manage to get back to the boutique to deal with Garry as I had lots of university examinations and coursework due. However, the day finally came where I had a little bit of time to get it after I had sat my final tests that day. I went in with my friend (with 15 minutes until closing time) and decided to get it. The staff were more than happy to stay behind to make sure I received the full Omega experience. Including drinks, chatting about watches and generally having a good time. 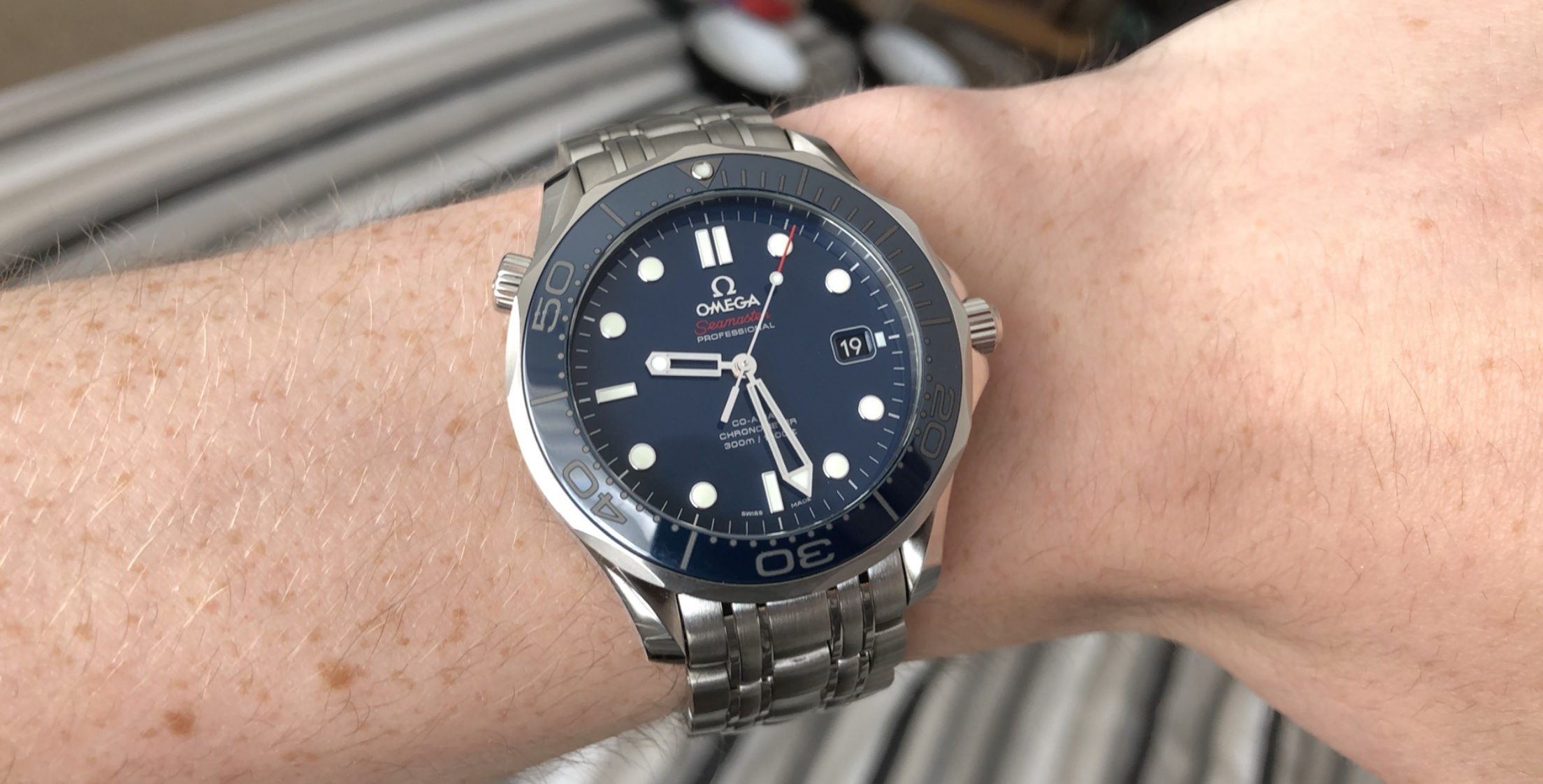 The watch I decided to go for was an Omega Seamaster 300M Co-Axial 41mm Ref; “212.30.41.20.03.001”. It has the Omega 2500 calibre with a classic Seamaster Bracelet and of course the blue face. I did weigh up the new Seamaster which returned to the ‘wave’ dial however it was over £1000 more and the thought of a display case back on a divers watch seemed silly to me.