The rise of the microbrand watch company has been phenomenal in the last 5 years or so. With the public embrace of crowdfunding platforms such as Kickstarter and Indiegogo, new microbrands have been popping up all over the place – a way for watch lovers to do what we all dream of…create our own perfect watches!

Sure, there are many ‘microbrands’ out there which are nothing more than people looking to make a quick buck through poor design, cheap and low-quality manufacturing,and zero customer service (giving the legit brands a bad name!), but don’t let that distract you from exploring what microbrands can offer you.

I myself am building a brand at the moment and I got into this line in the way mentioned above – I always dreamed of being able to build my own watch designs and one day I decided to take the plunge and do it. Let me tell you one thing straight away though…it is NOT an easy task. It requires a LOT of time and a LOT of potential investment. It’s not something for the faint of heart to jump into!

That said, it’s been a very rewarding journey for me so far, and that’s before I’ve even officially launched my first design. If we rewind a little bit, I’ll explain how I ended up where I am now.

My first real watch was a Breitling Superocean Abyss which I loved. I still love it to this day and frequently wear it. As it was my first luxury purchase and, following in the footsteps of every hardcore WIS, I researched the hell out of this watch in order to determine it was the watch for me. Along the way, I delved into the history of the Superocean line and came across the absolute beauty of a watch that is the Superocean ref 2005. Go and look that watch up, I’ll wait. It’s gorgeous, isn’t it? 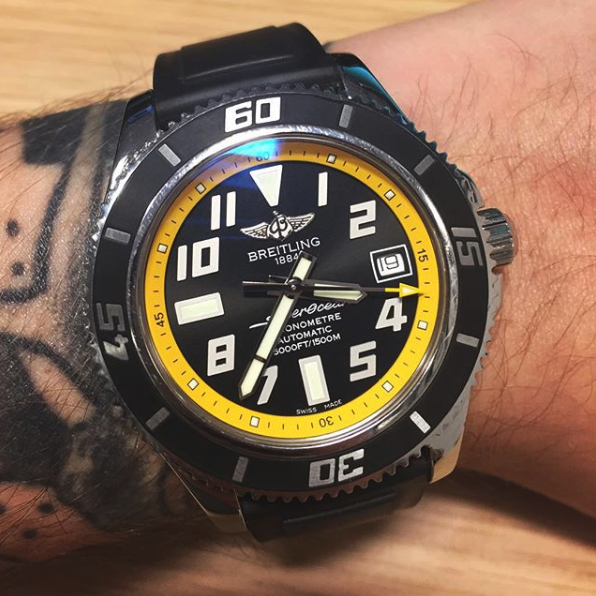 That watch very quickly went from the obscure to my number 1 grail watch. But that’s the things with grail pieces, true grail pieces anyway. They’re often likely unobtainable for you in your circumstances…hence the name ‘grail’. I wanted this watch, badly, but I couldn’t afford it. SO what could I do? I could build my own version. So that’s what I did.

I decided I would make two pieces. One for myself and I wanted to gift my father a proper mechanical (OK, automatic) watch as his collection was comprised of purely quartz pieces.

I began by looking for a case online. I knew that I wouldn’t be able to go fully custom so I had to find one with the closest possible bezel insert, and I wasn’t as worried by the case shape as it was a fairly generic shape on the original. I ended up finding a case on Aliexpress that fitted perfectly what I was looking for – a little larger than I’d hoped (43mm instead of the preferred 40-42mm) but not a massive issue. The bezel was right and that was the main thing. The case was designed for an ETA 2824 style movement so that was the next step. The original watch actually uses a modified Venus movement which replaced the central seconds with a ‘slow chronograph which tracked just the elapsed minutes, but replicating that feature was never going to be possible. A 2824 style movement would suit me just fine.

ETA was going to be a little pricier than I could really afford at that point so I went looking at the cheaper alternatives. Seagull seemed like the most obvious choice, so that was a pretty simple decision. The price was right and the quality was fine for my needs of this project – I planned on having them looked at by a watchmaker before use anyway. 2 Seagull ST2130 movements found and purchased on eBay.

Next up was the hands. A quick look for 2824 compatible hands and I found some explorer style hands on eBay and as far as I was concerned, they’d do the job just fine. The only thing really left now was the dial…the most important part really, and probably the most difficult! 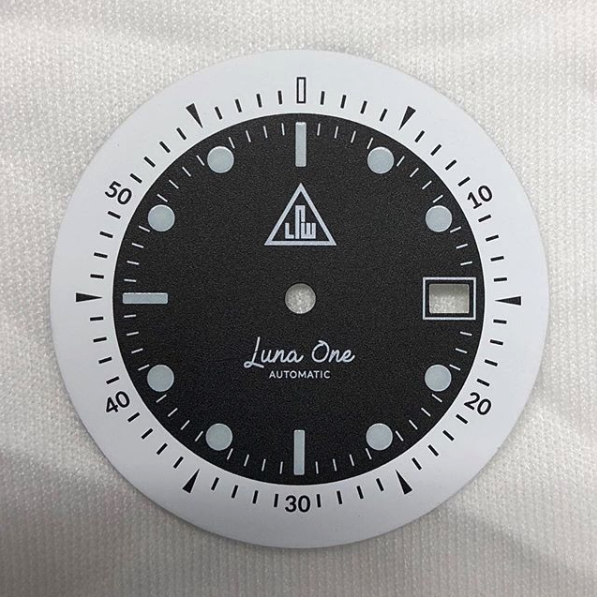 I knew for the dial I would have to go custom, but only wanting a couple of dials it was going to be difficult. After a LOT of searching and researching online, I came across a company in the UK that made dials and I got in touch. They agreed to make my dials for me! Hurrah! They were not cheap though. Setup costs and plate costs relieved me of a big wad of cash but after seeing the final product it was so worth it! I had three pieces made up  (1 spare for ‘just in case’) and the design was done so that it was very close to the original, without being 100% exact copy. All of a sudden I had all the parts ready to go…

I contacted a watchmaker friend and shipped the parts over to him. A couple of weeks later a parcel arrived on my desk. Inside were the two completed watches. Wow – I was super proud of the finished product and was stoked to get pictures online and show people, as would anyone.

It was actually this step that took things further. People were really positive about the watches and I got loads of really good feedback, including a lot of questions about when they were for sale and could they buy one. Now obviously there were only 2 watches so none were available for sale, but it sparked up the idea “Is this something I could actually do? Could I design and make watches?”. 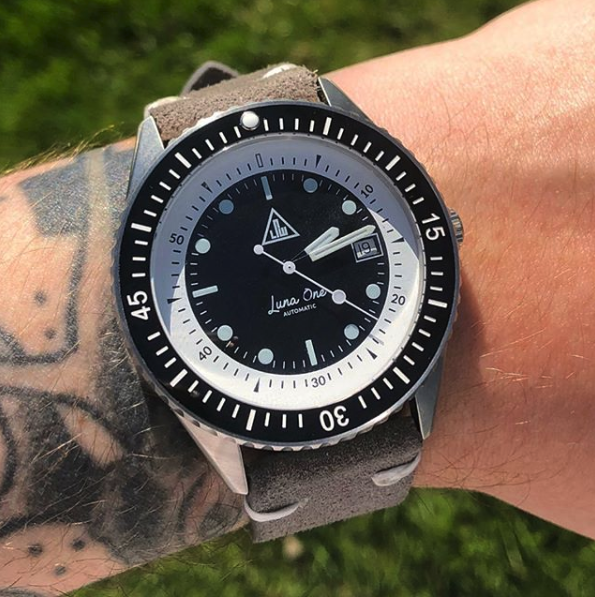 Obviously, from the fact we’ve made it this far, the answer to those questions was ‘yes’. I decided that this was something I wanted to do and the hunger very quickly took over! I began to think and I began to plan. The key thing for any new business is to define yourself and plan your strategy. Set up social media profiles, set up the website (mine is coming…I promise!) and work on your brand reputation.

It’s very common to see creators put up projects on crowdfunding platforms without having really prepared much further than the campaign itself. Not social media profiles, or profiles set up at the time of launch. No proper website, and definitely no mailing list. Those projects usually fail miserably, which can be a shame as some of the designs can be great, but it’s probably a blessing in disguise because it’s unlikely the creators have prepared for what comes after the campaign.

There’s loads of fun and interesting elements to designing a watch, but it’s too easy to get so caught up in the product itself that you forget all the other necessary things that have to go with it. You know, the business side. I won’t go into all the details of it as that’s not what you want to read about, but for anyone reading and wanting to pursue this path, make sure you’re aware of the other work you have to put that is simply crucial! 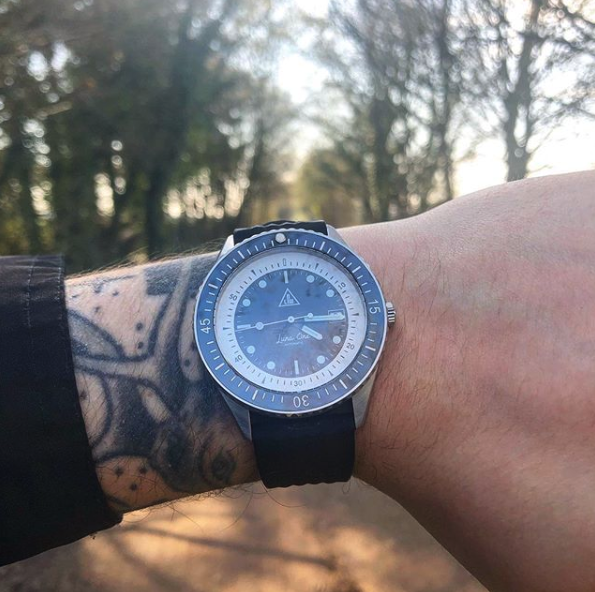 Back to the fun and interesting part, the product. I decided that I wasn’t going to simply release the watch I built for myself and my father. The quality of the components was not something I’d be comfortable selling on as essentially (apart from the dial) it was a catalog watch, built from pre-made parts. It did the job for my own personal use, but not from commercial release. The quality was definitely not good enough. Additionally, the design was not my own either. As I mentioned before it was very heavily influenced by the Breitling Superocean 2005, and as a new company, I was determined that people would come to know me for my own design stylings, not as a brand that just launches a homage watch. As such, I went back to the drawing board for the design.

I wanted to nod to the roots of where my brand came from, but I wanted to also ensure I put my own stamp on it first and foremost so I thought about the Superocean 2005 design. This watch was released in the 60’s and discontinued not too long afterward, but I thought “What if it hadn’t have been retired prematurely and this design had been allowed to evolve over time. What would it look like today?”. With this in mind, I went to work and came up with a modern reinterpretation of the watch… 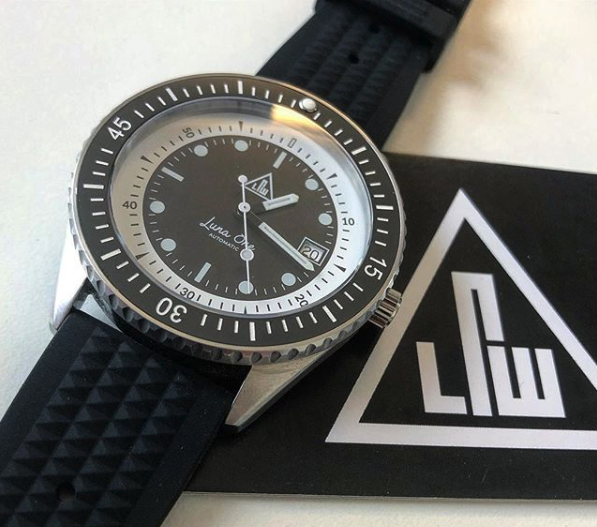 I’m sure some of you are thinking “show me the damn watch already”, as would I, but unfortunately, you’ll have to wait a little longer for this. At this point, all I can say is thank you for reading my story so far, but this is only the beginning.

Make sure to stay tuned in to the Scottish Watches blog as very soon you’ll find a whole load of new information on this project in the next few weeks. I can’t wait to show you what we’ve been working on for the last year or so. In the meantime, feel free to follow the journey on social media and have a chat, I love speaking to fellow watch fans!