With Baselworld looming large it can be a bit of an odd mix of brands that decide that now is the time to push the button on a new release. A mix of those hyper brands where timing really makes little difference, those that are not going to be at the cool kids table in the weeks to come and so will try now to steal some column inches and those with so much to launch that they need to start early, so last week and this week to come expect to see a number of releases that fit into these boxes.

The week started with a hyper launch, the Vault V1 + CTi a custom ordered piece unique, which does make you wonder why they bothered with any publicity, but they did and to our gain, if you like this kind of thing, which I as it happens do. 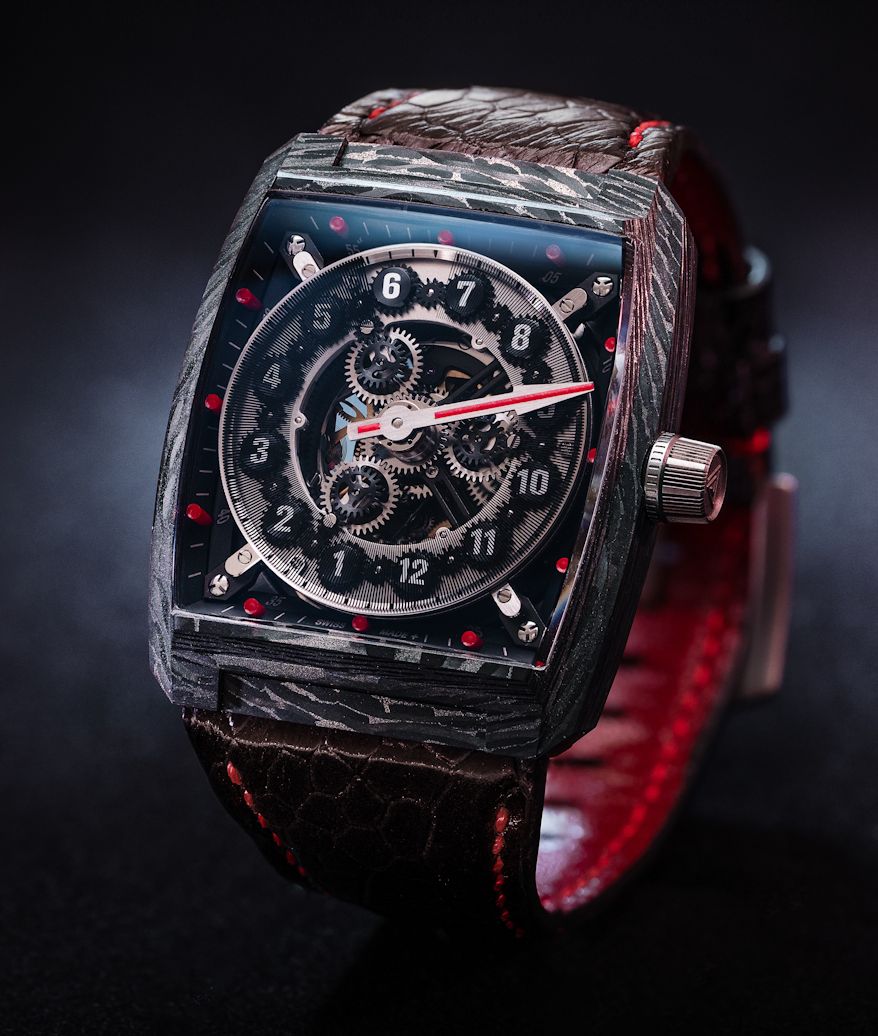 A close inspection of the image above reveals that this is not a traditionally read watch, the hour indicies rotate and you set the time by rotating the movement and dial at different speeds. You are frankly never going to see one of these so more detail is probably unessesary, its composite carbon and titanium case does look the part though.

Next, out the gate was something with a bit more mass production in mind. Marvel Watches by Citizen. Spiderman, Black Panther, and Captain America are all celebrated all with Eco-Drive movements and weighing in around $325 – $400 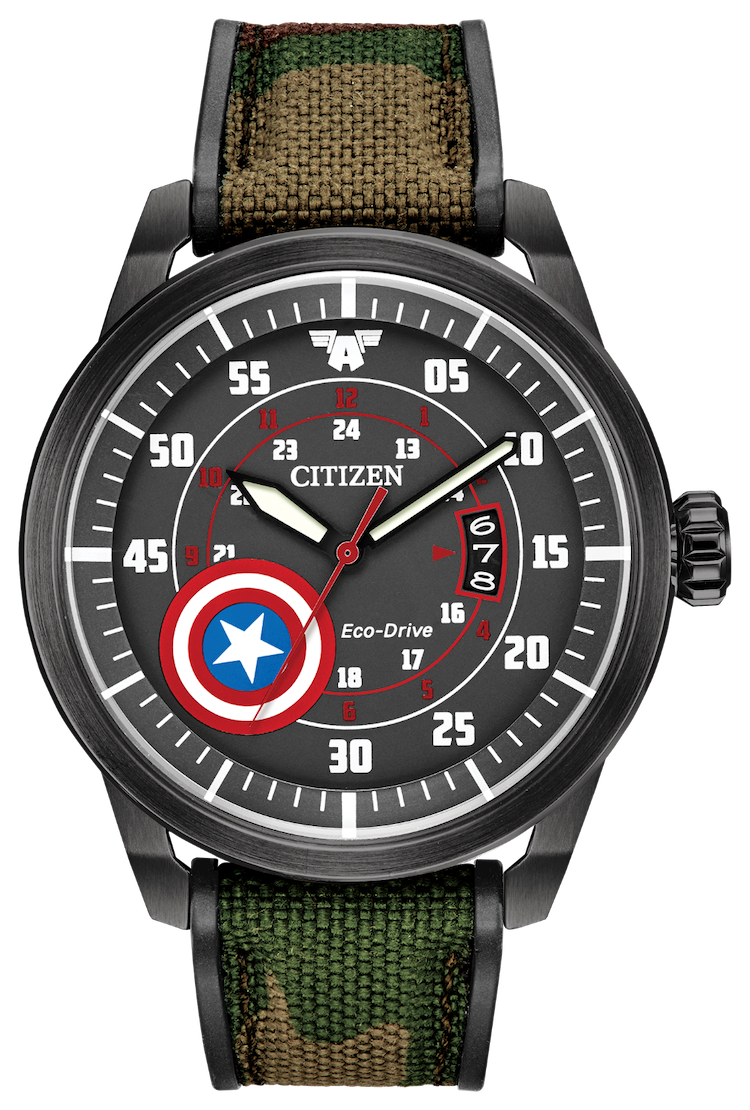 From watches celebrating superheroes to one behaving like one. The Delma Blue Shark III 4,000 Meters Diver. Yup you read that right a watch capable of reaching depths of 4000m apparently unscathed, 100m deeper than The Rolex Deepsea, looks like someone was trying to prove a point.

At 47mm these are Panerai proportions and I would love to see a wrist shot of one. The colours look fabulous but it probably wears like a half brick on your wrist. At an MSRP of around the 2000SF region and with each colour limited to 500, I could certainly be persuaded to give these a good look. 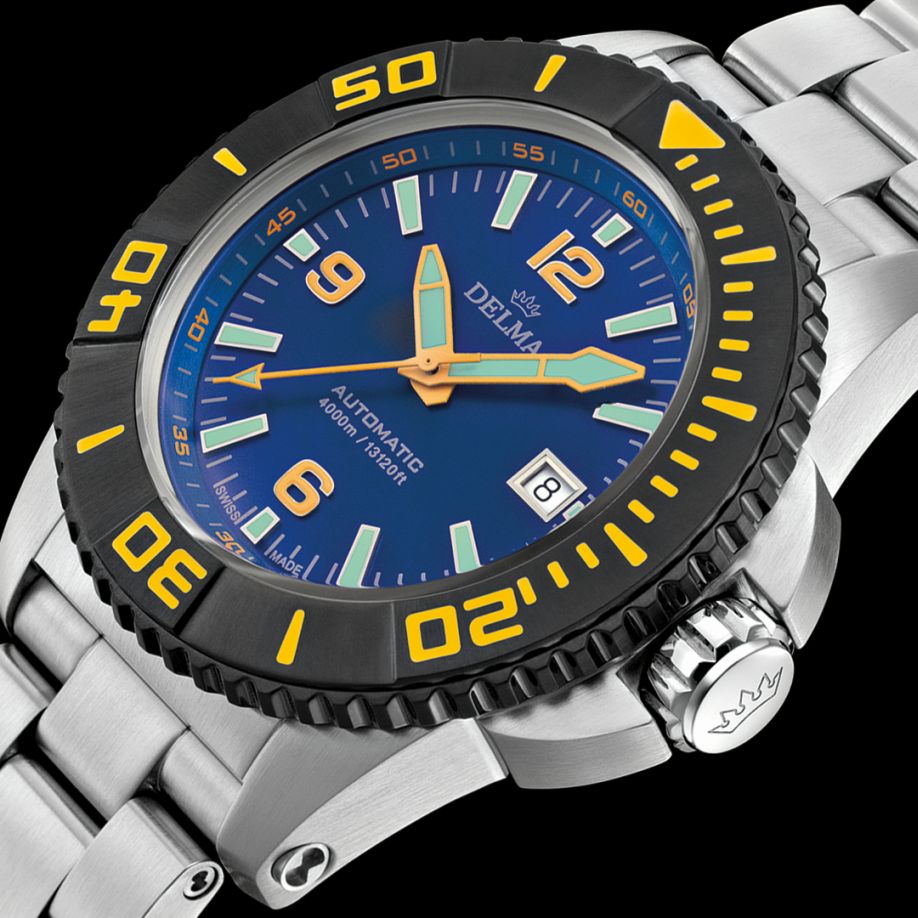 We then had a second release from a big Basel brand in as many weeks, this time the Breitling Premier B01 Bentley Centenary L.E. 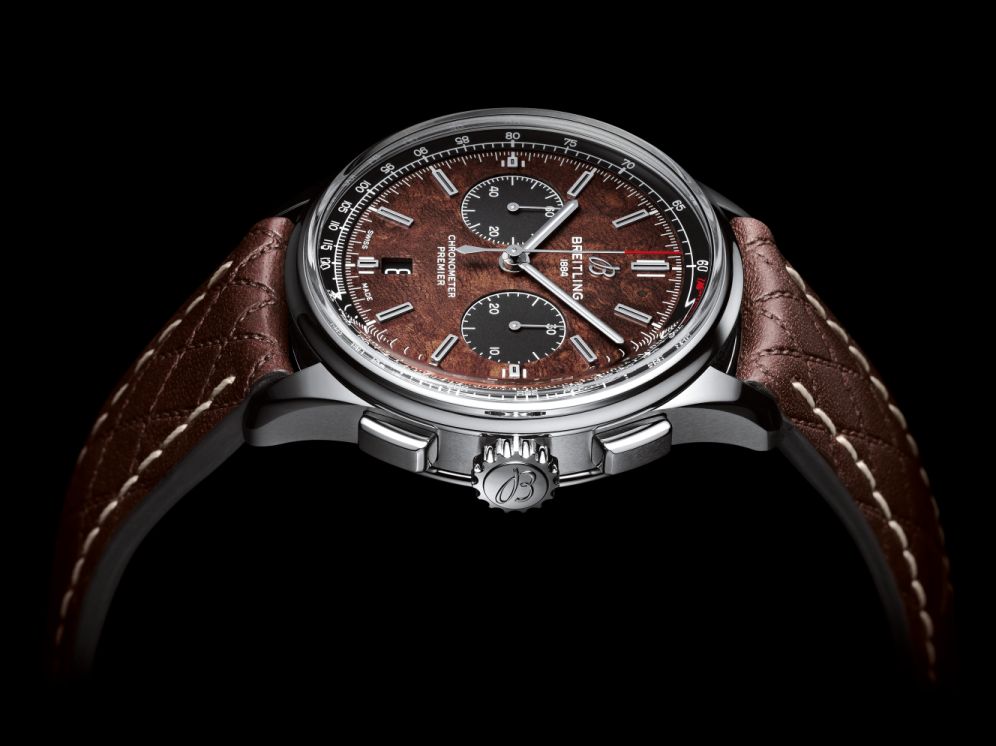 Boy oh boy, do I like the look of this. 200 in gold and 1000 in steel a sensible almost understated 42mm for anything with Breitling and Bentley written on it. Celebrating a long term partnership between the two companies this watch along with the recent Warhawk collection hopefully is a sign of great things to come at Basel.

A brand that is slowly but surely creeping into the watch worlds consciousness delivered a stunner this week the Moritz Grossmann Corner Stone, 25 each in white and black face with enamel dials and movements shaped to fit the rectangular case, these are watches that continue to push forward MG as a top end watchmaker. 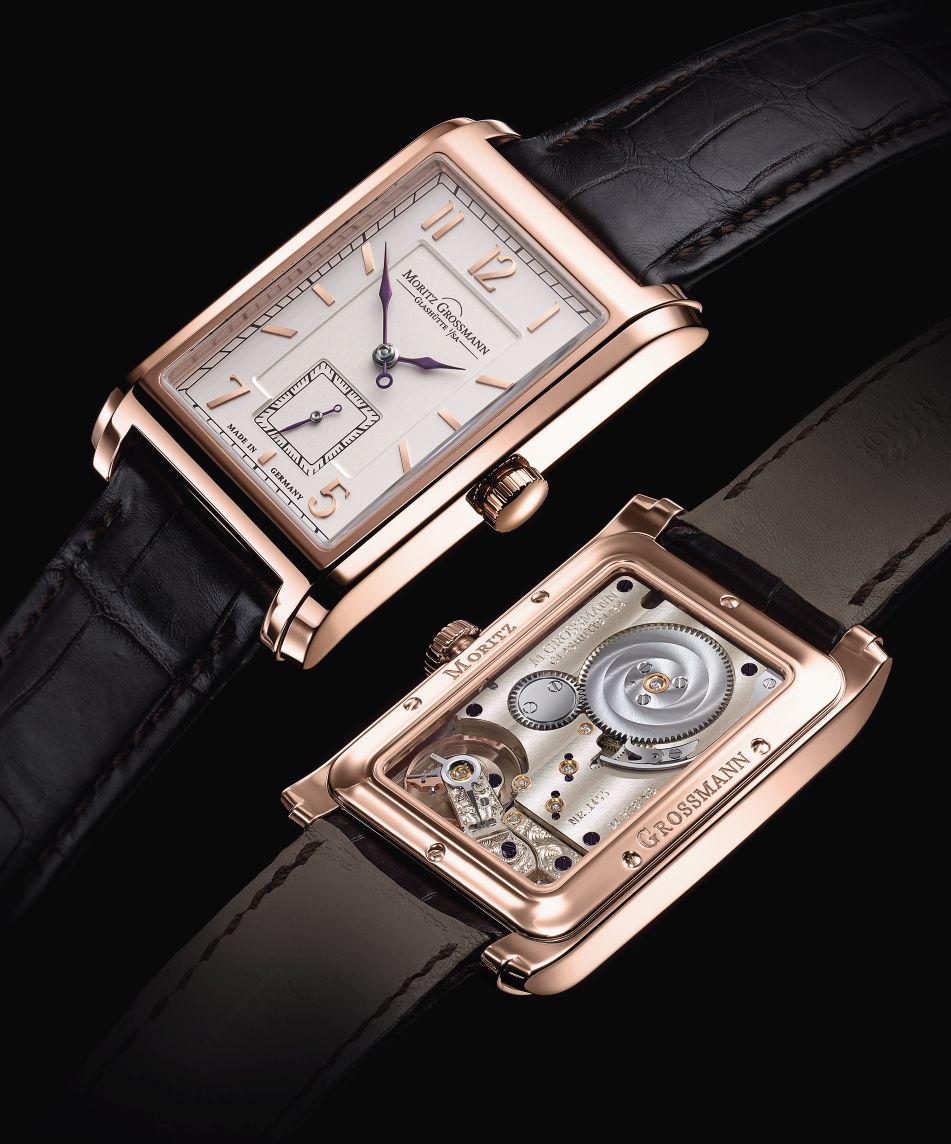 Hermes did their Art Deco thing with the Arceau H Déco which comes in iterations of 432 or 372 set diamonds depending on just how blingy your desires are. Beautiful watches with both high end watch and jewelry credentials. 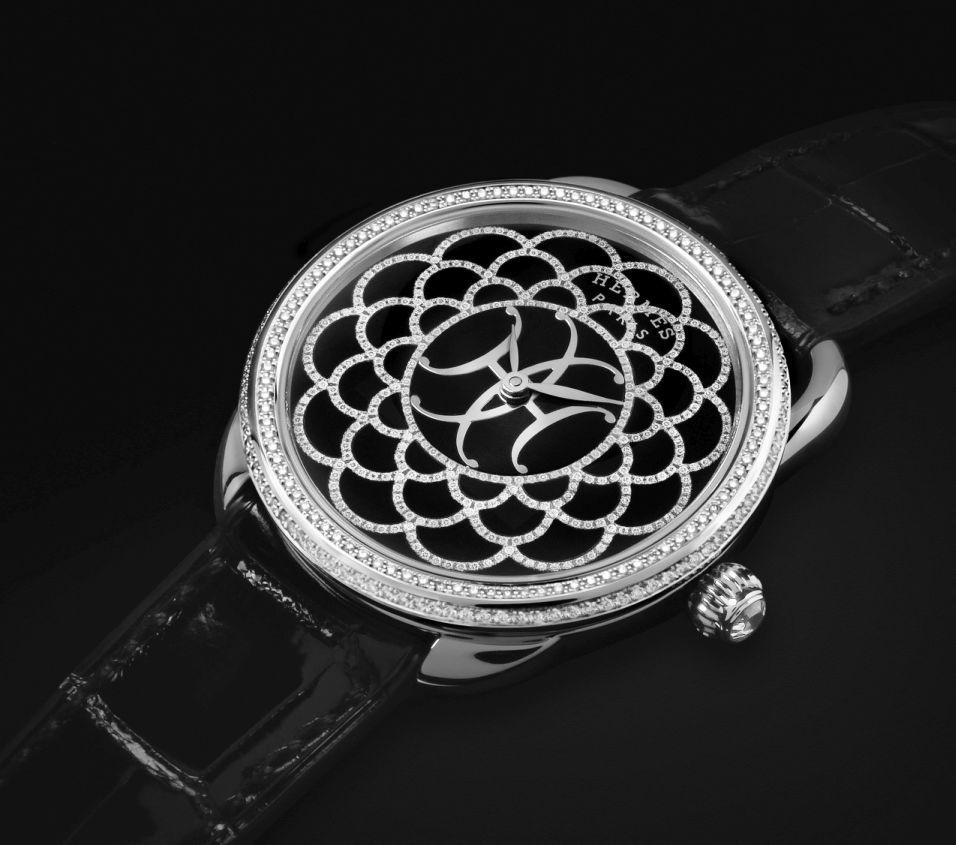 Now a small side step from purley watch releases to something equally vital to a large part of the industry and that is batteries. Renata owned by Swatch Group launched their next gen lithium thin-film batteries. This small, flexible and in the future rechargeable battery looks set to be the mainstay for powering all sorts of wearables including watches into the future.

Moving from future powertrain technology to future caroussel technology we have Ulysse Nardin’s Freak: The Next Technological Milestone. 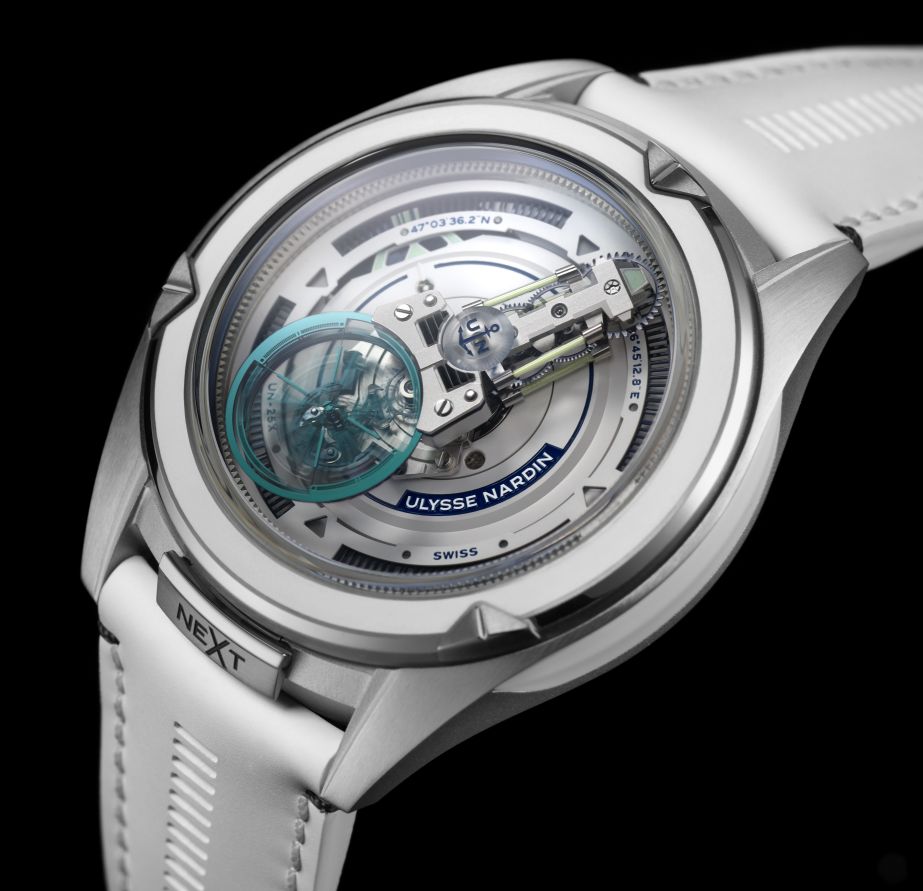 The NeXt  is UNs take on the situation.

With UN and Zenith bringing commercial products based on these material advancements it will be iinterestingto see if both progress or if we are left with a VHS v Betamax type situtaion.

Then it was time for something a bit less space aged. The Urban Jurgensen One Collection a new venture into “sports” models from the brand. 41mm of stainless steel in both time only and GMT varients at 24500 SF you will need to be particularly devoted to “stealth weath” to venture down this route. 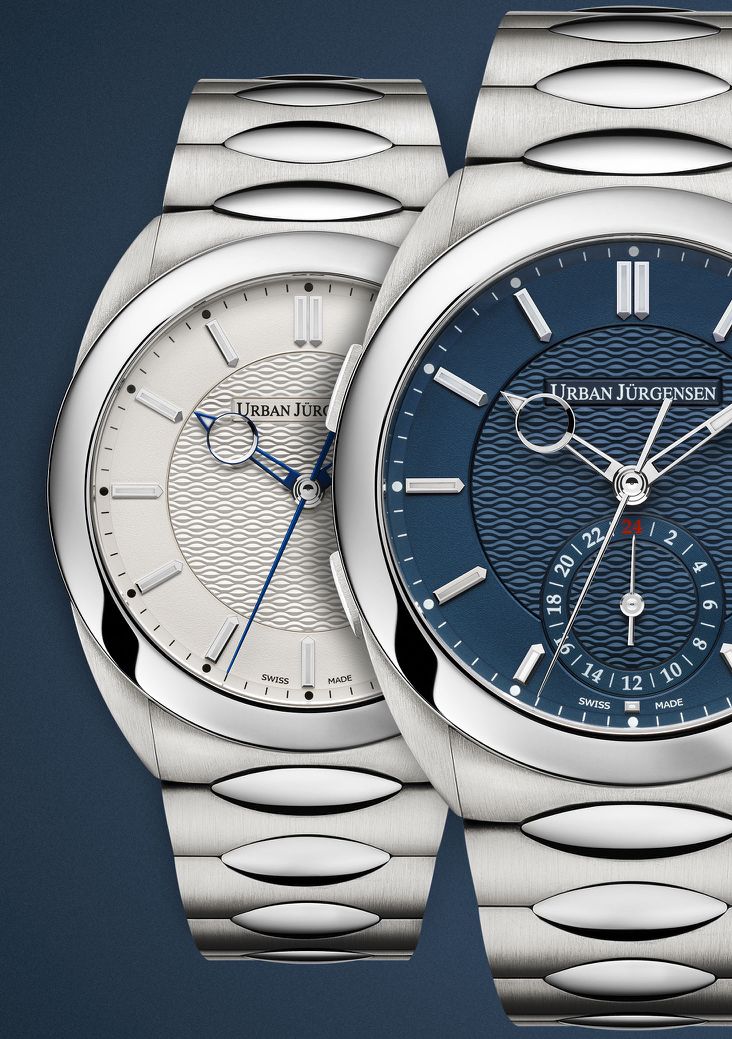 We finish the week as we began with another hyper launch. The Kerbedanz Maximus Royal Flying Tourbillon. Diamonds, Tourbillon and 51mm. Yes, 51mm this is not only not going to be for everyone because it costs an undisclosed fortune with 453 baguette-cut diamonds at (18.47) carats but because it will be like wearing a baby cement mixer on your wrist as the tourbillon turns every 6 minutes. With a limited run of 14 surley, all 14 will be unlikely to ever be made? 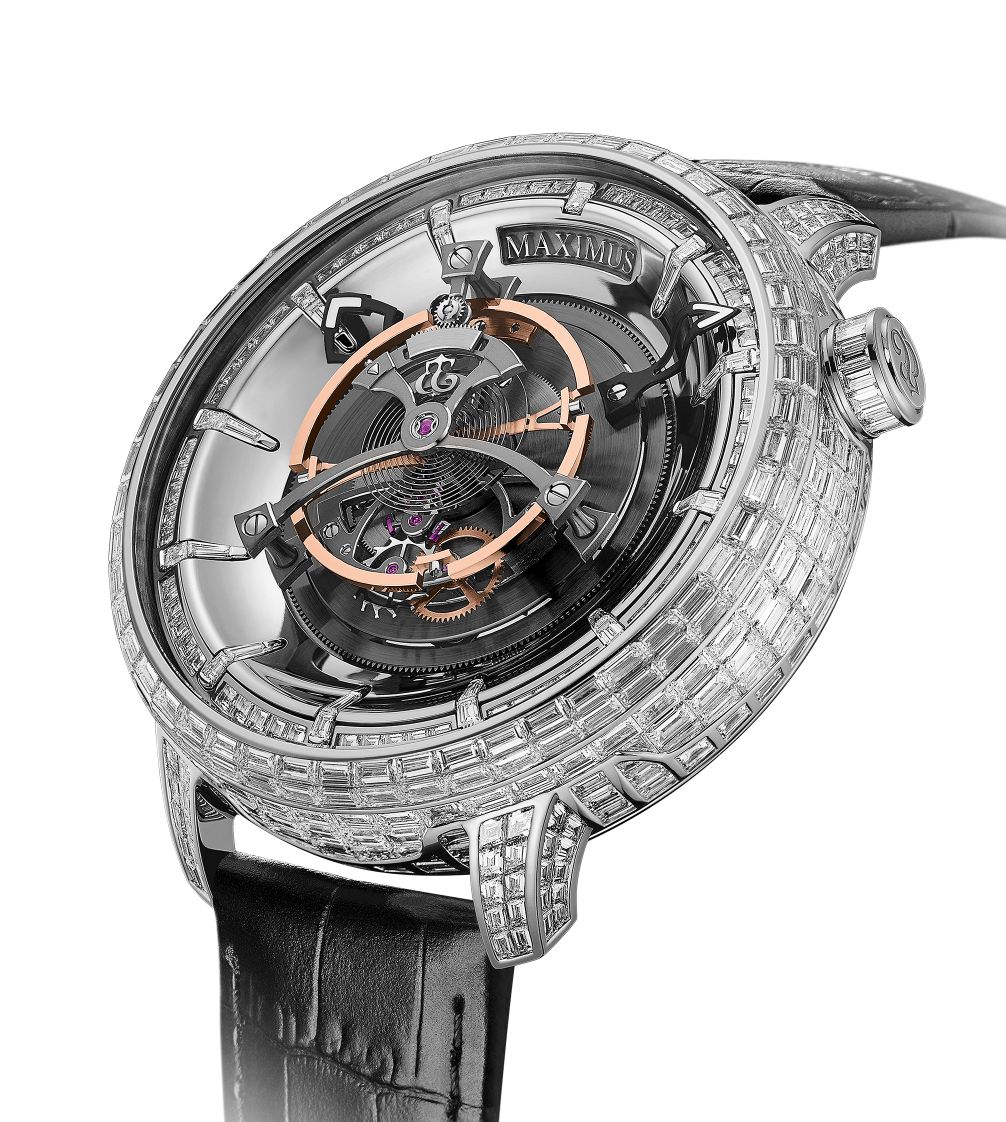 So at the end of week 10 while the UN is certainly the most impressive achievement  of the week the launch of the week for me goes to Breitling, i just hope they have not peaked too soon ahead of Basel and that the two great launches they have had in the last couple of weeks are just a sign of great things to come from the newly invigorated brand.