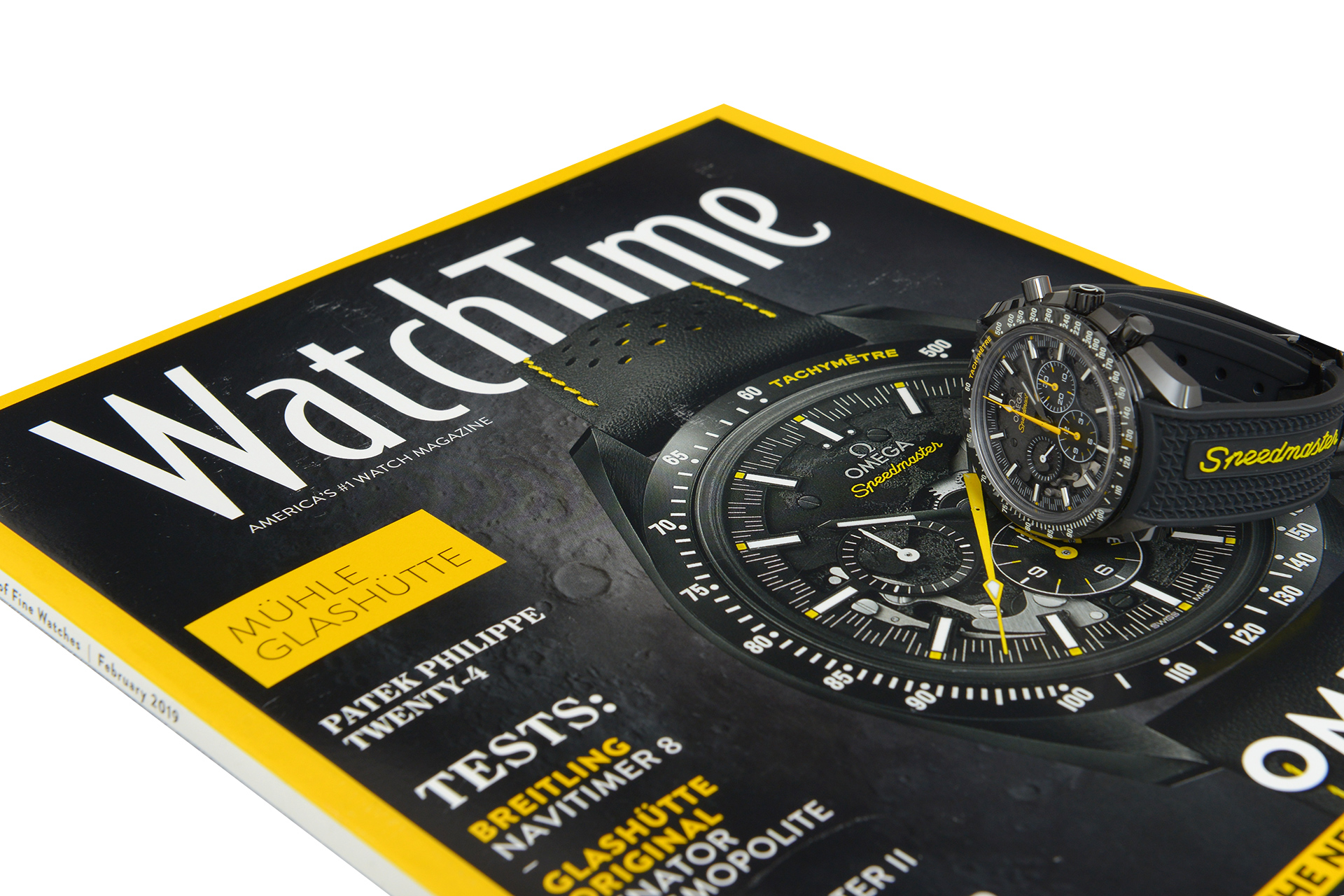 While scrolling through my YouTube feed I spotted a new video with Tim Mosso at WatchBox studios and to the side of the image was a photo of the current edition of WatchTime magazine.

“Oh, its the Apollo 8!” I thought, and before my brain could fully engage I’d somehow ended up on eBay and bought a copy of another American watch magazine at a silly inflated price. God damn this hobby!

So a few days later it arrived (from a a seller in Loch Lomond who sells a lot of imported magazines. not just of a horological nature) and I began thumbing through to see what was on offer. 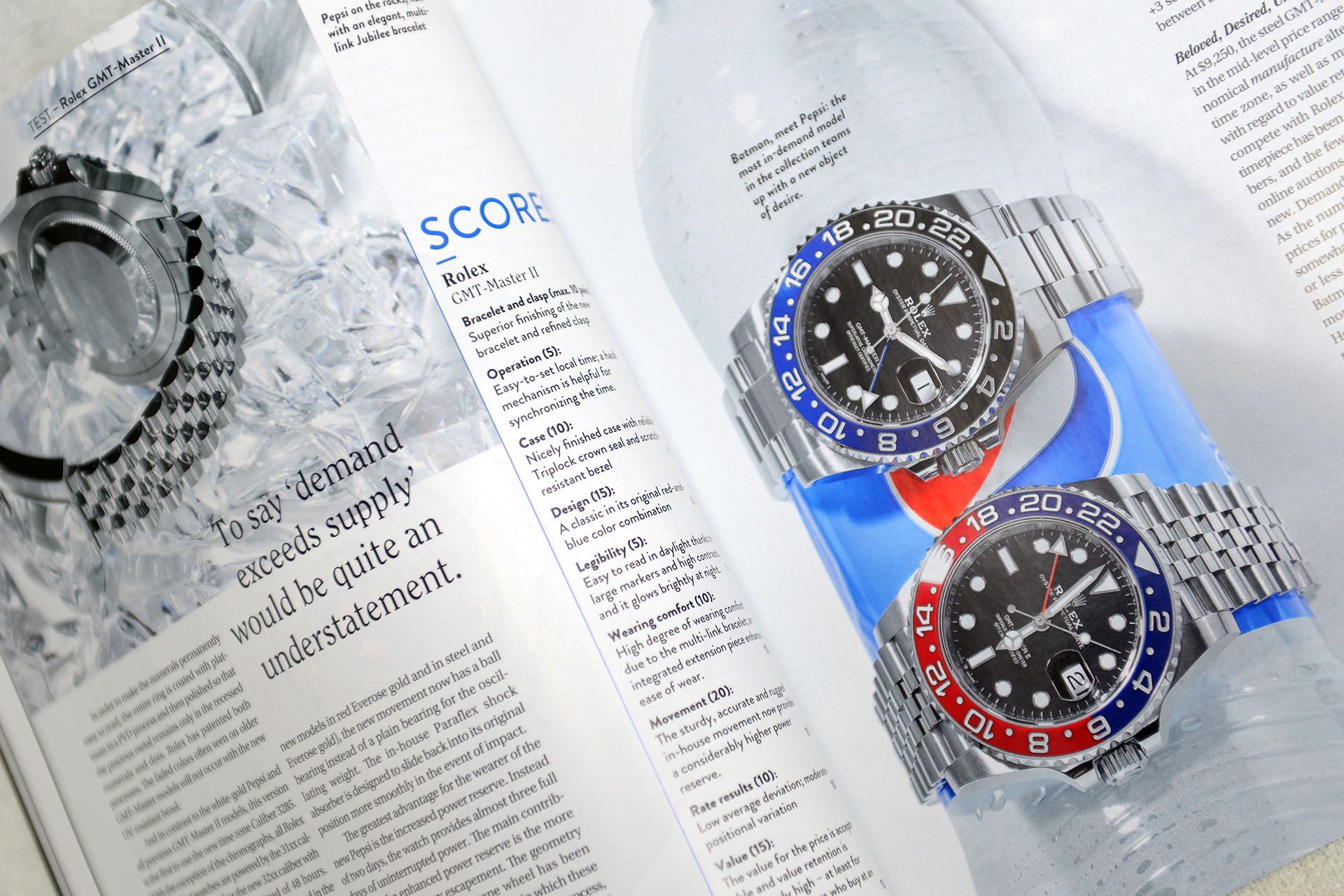 You can never really tell what level a publication aims at until you delve deep. Some are as pretentious as hell, talking down to the reader and belittling everything that doesnt have at least 4 zeros at the end of the price tag. Not so here.

WatchTime is expertly written, features a wide and varied range of subjects, articles and watches while never giving off any indication of high snobbery that you can sometimes feel oozing out when prices of £100k+ are banded around willy nilly. 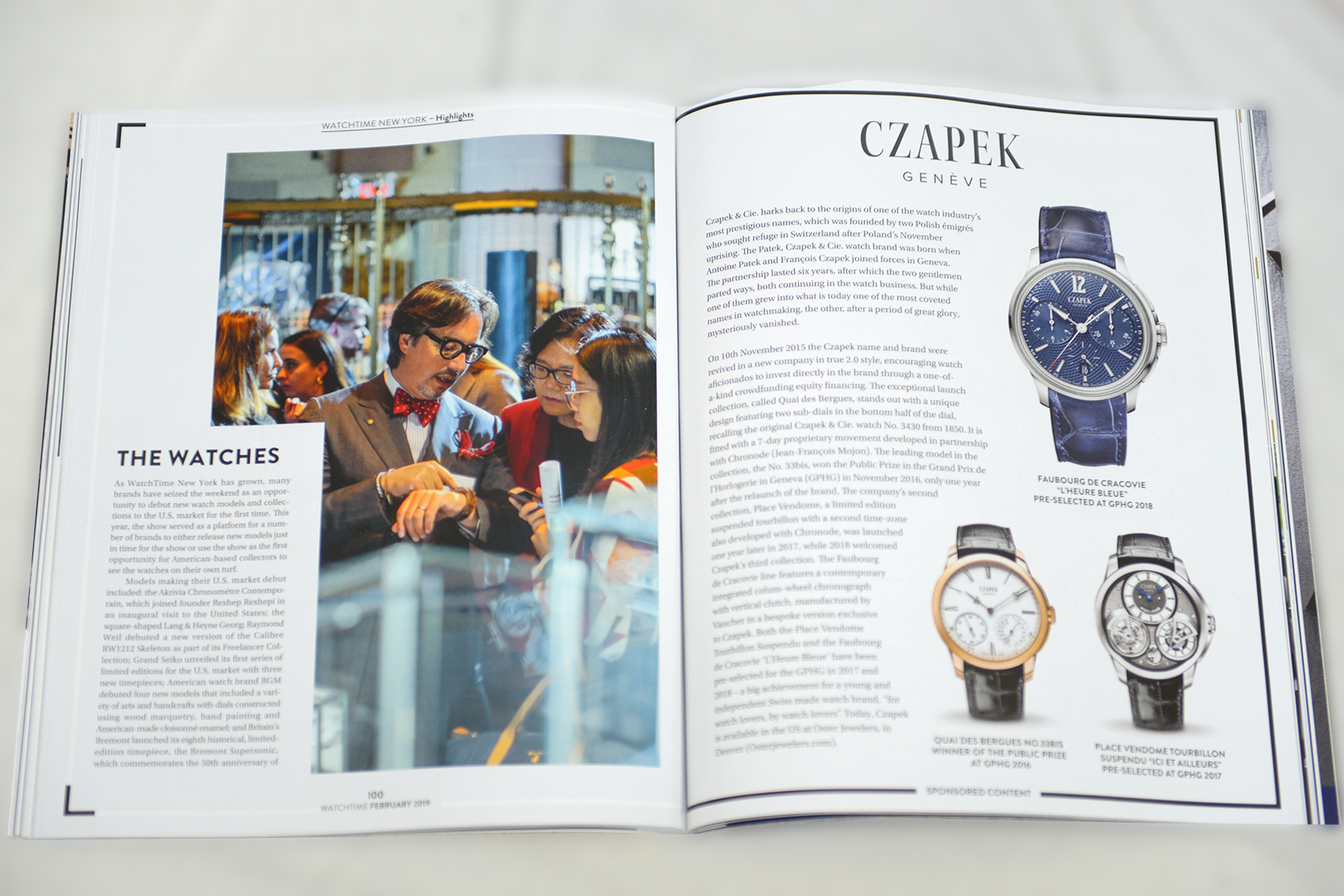 In this current edition there are long term tests, news from the industry and a ton of information on brands I knew a lot, little and nothing of. The photography is top of the line and the paper stock is bright, clean and glossy which is needed to showcase the imagery at its best. 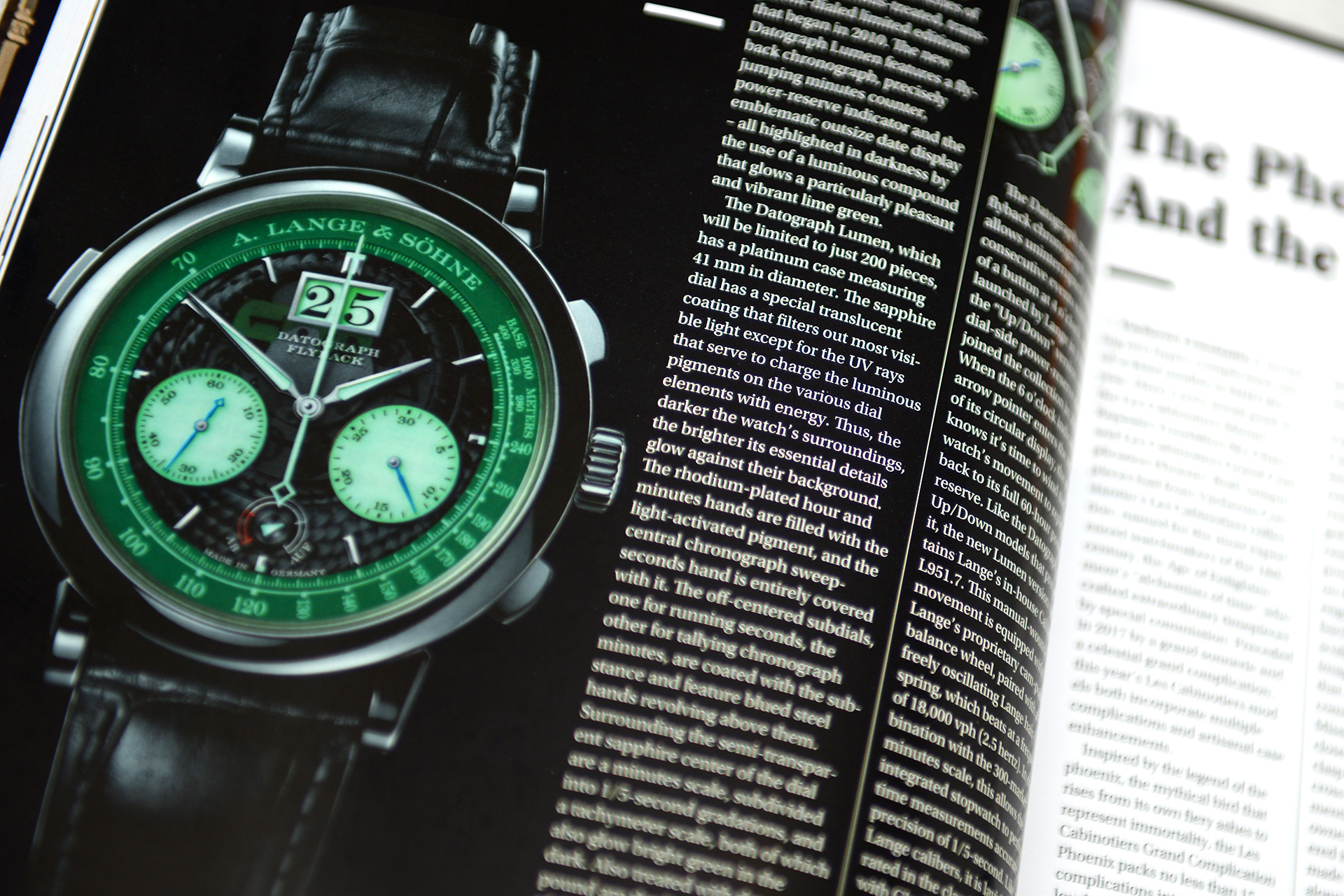 The reason for the magazine thumbnail on Tim’s video was due to Roger Ruegger, Editor in Chief of Watchtime Magazine being on the show, and again his demeanour is that of a very humble and thoughtful guy who just loves watches – a bit like Tim himself. 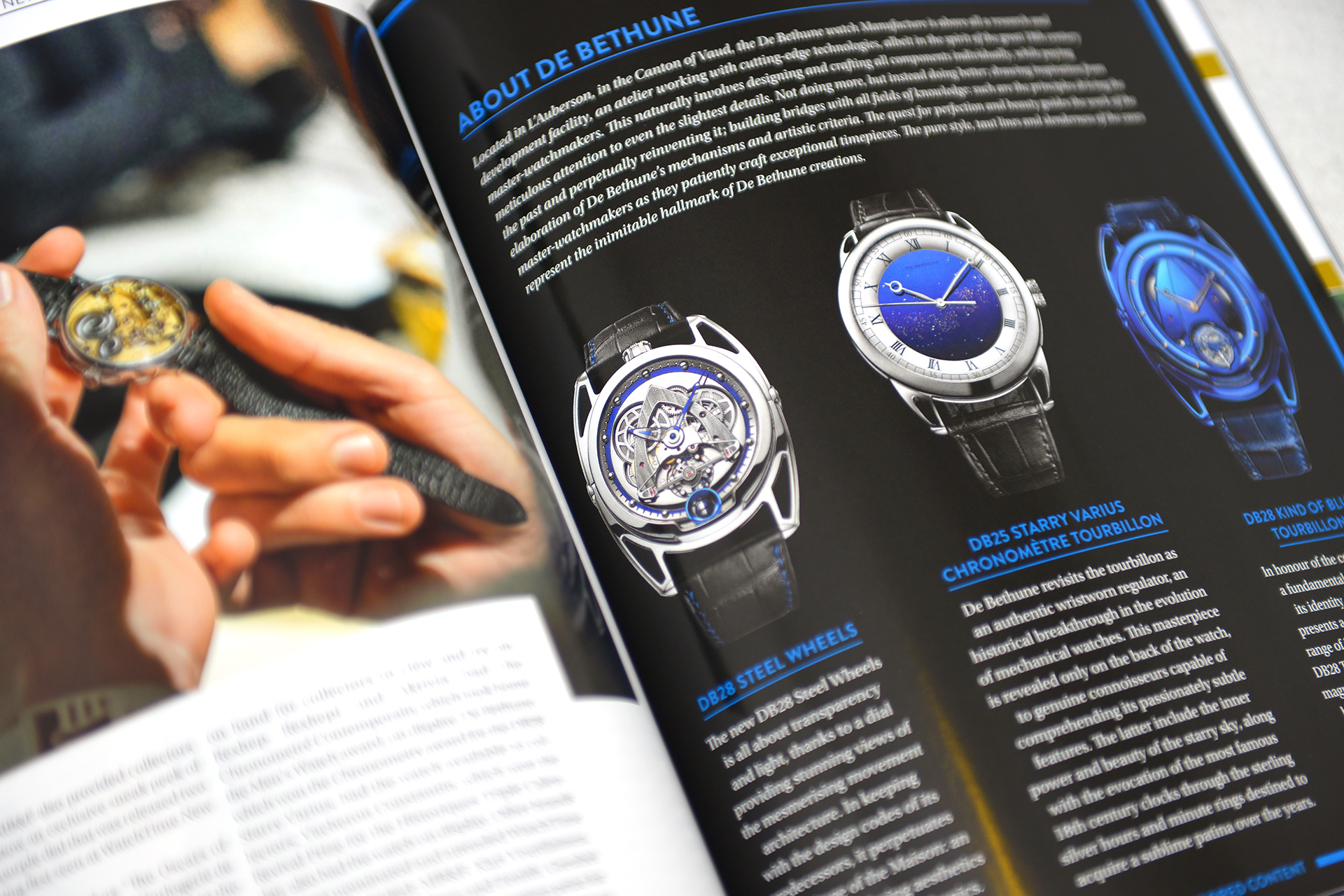 So here is another top title that you could easily read cover to cover or pick up and peck away at depending on how much time you have.

As much as we are the screen generation there really is something grounding about picking up a good book or magazine and thumbing through.

A fitting analogy is looking at the screen of your phone versus the beating mechanical heart on your wrist. One is more accurate and cheaper; but you just can’t beat that interactive tactile feeling with illuminated pixels.

The video that brought me to purchase :