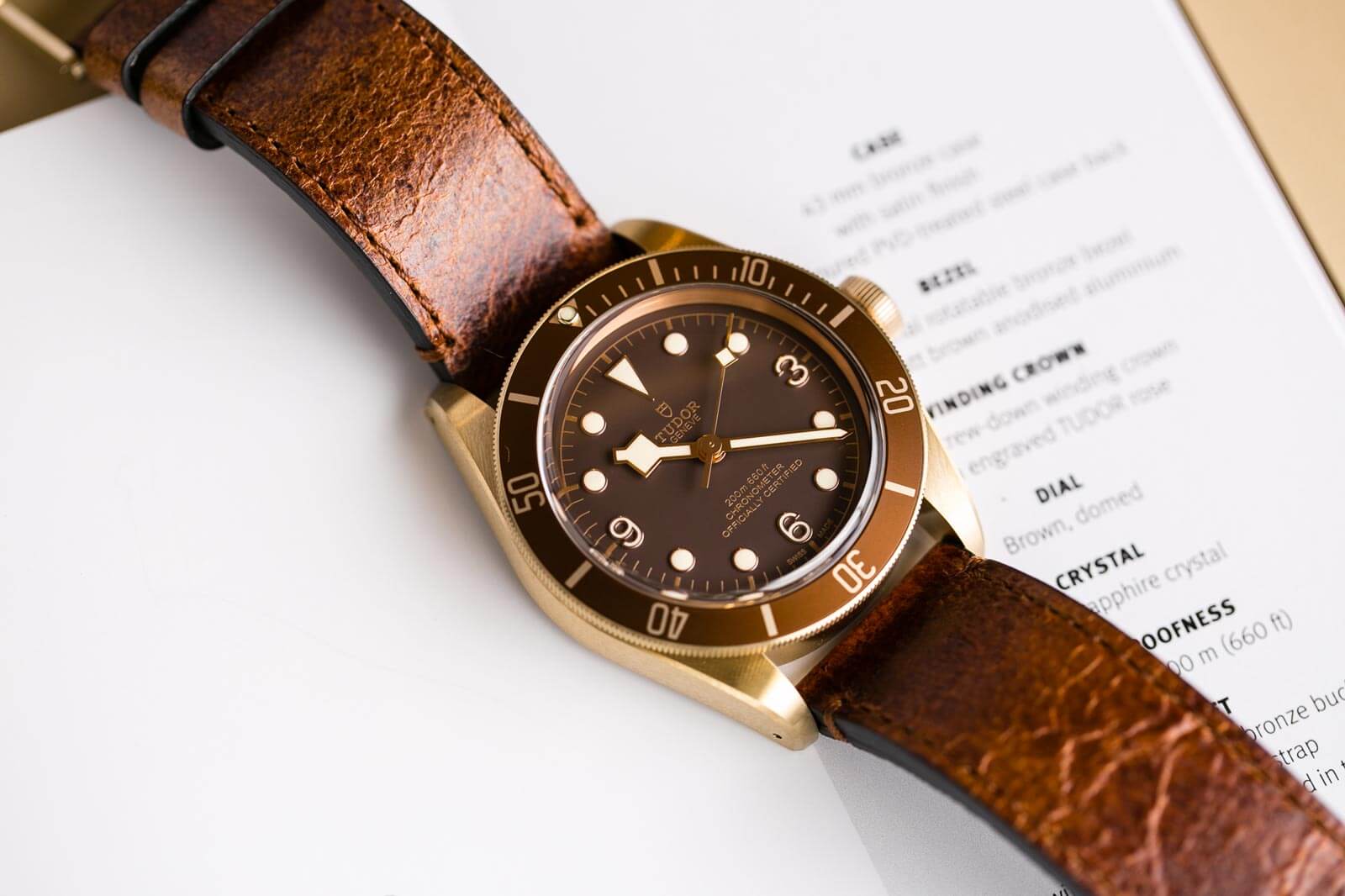 I was fortunate enough to be brought up around some stunning timepieces. It was my father and Granpop who really got me into the watch scene.

In 2007 I was lucky enough to have the money to treat myself to my first luxury watch. I opted for a Breitling Emergency Mission as it was something different and at that time you never saw any fakes knocking around the streets of Tenerife.

Then last year I purchased a stunning Panerai PAM00535 and this really reignited my passion.

For the last year, I have been itching to get myself something else. But not having bags of cash laying under my bed, I didn’t really have the funds to go and spend £3,000 on another one. So for the remainder of the year, I toyed with the idea of part exchanging the Emergency. 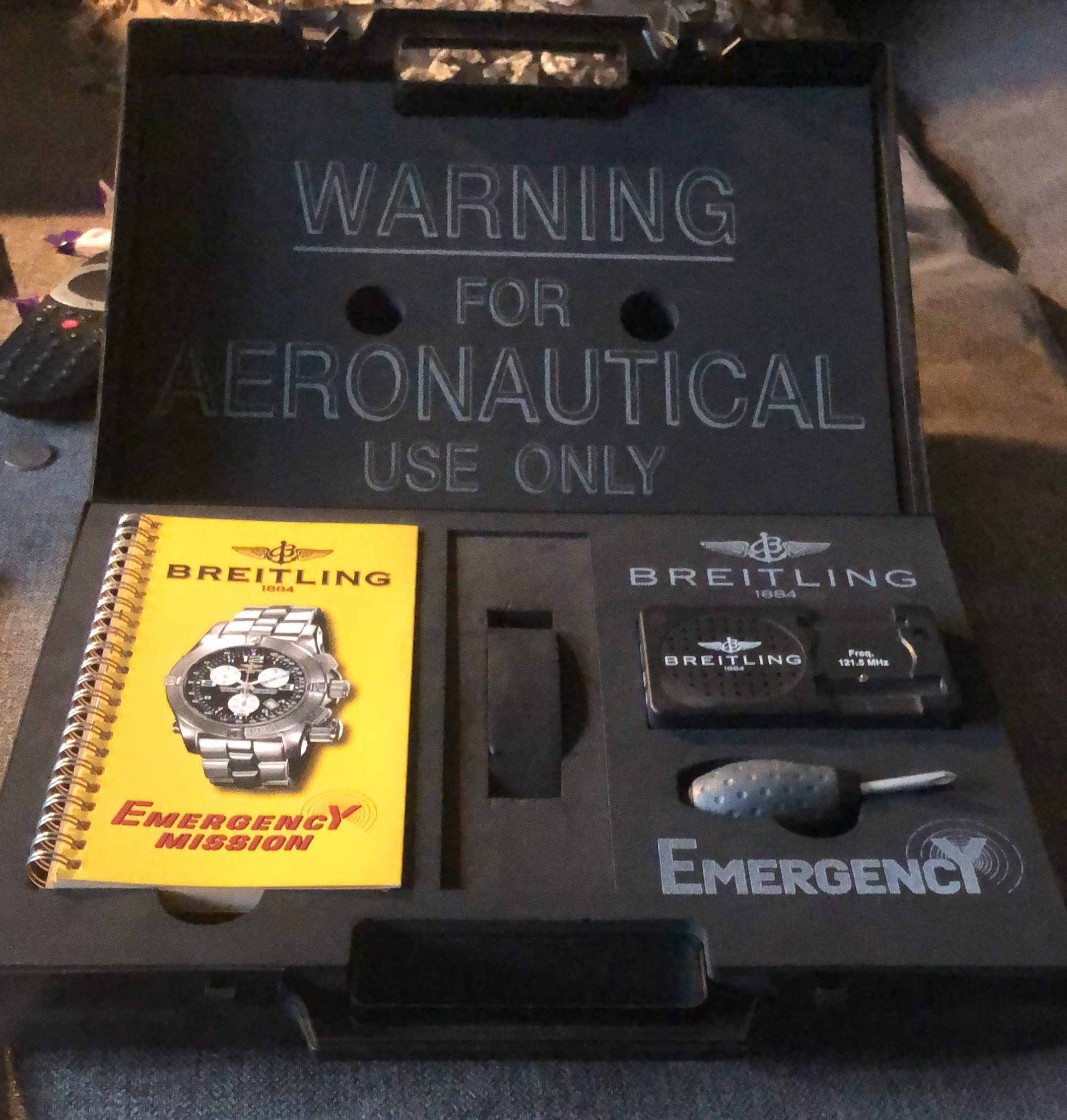 So for the past 3 months I’ve been looking at what there is out there that I may go for. Having always wanted own a Rolex Submariner, but not being prepared to pay over the odds for a flipped one, or sit at the bottom of a waiting list for years, that wasn’t going to be an option.

So my head naturally turned towards sister brand Tudor. 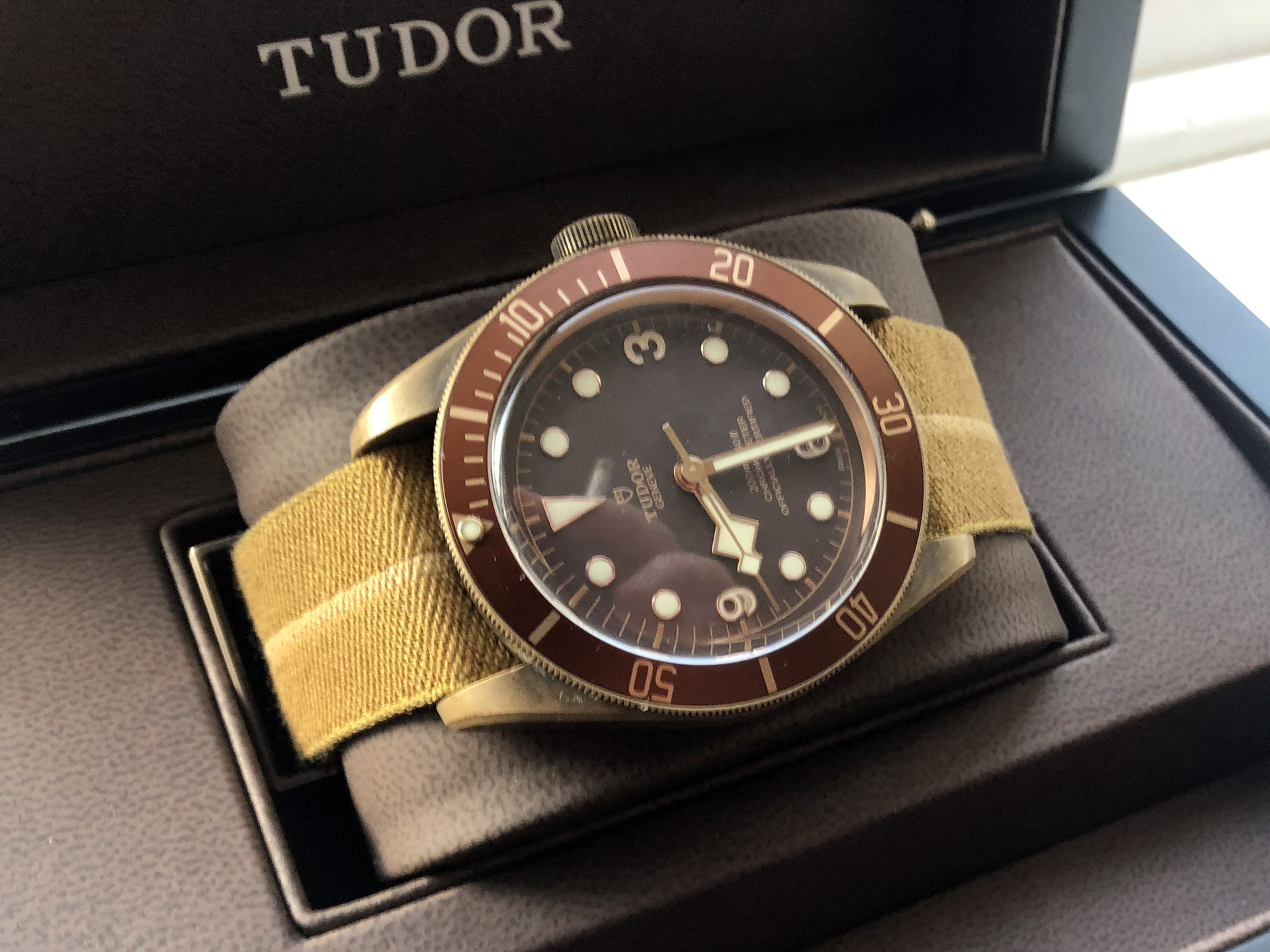 After listening to the Scottish Watches Podcasts and hearing of the ones in Rikki and Rick’s collections I was sold on the brand. So now I just had to narrow down the model I was after! 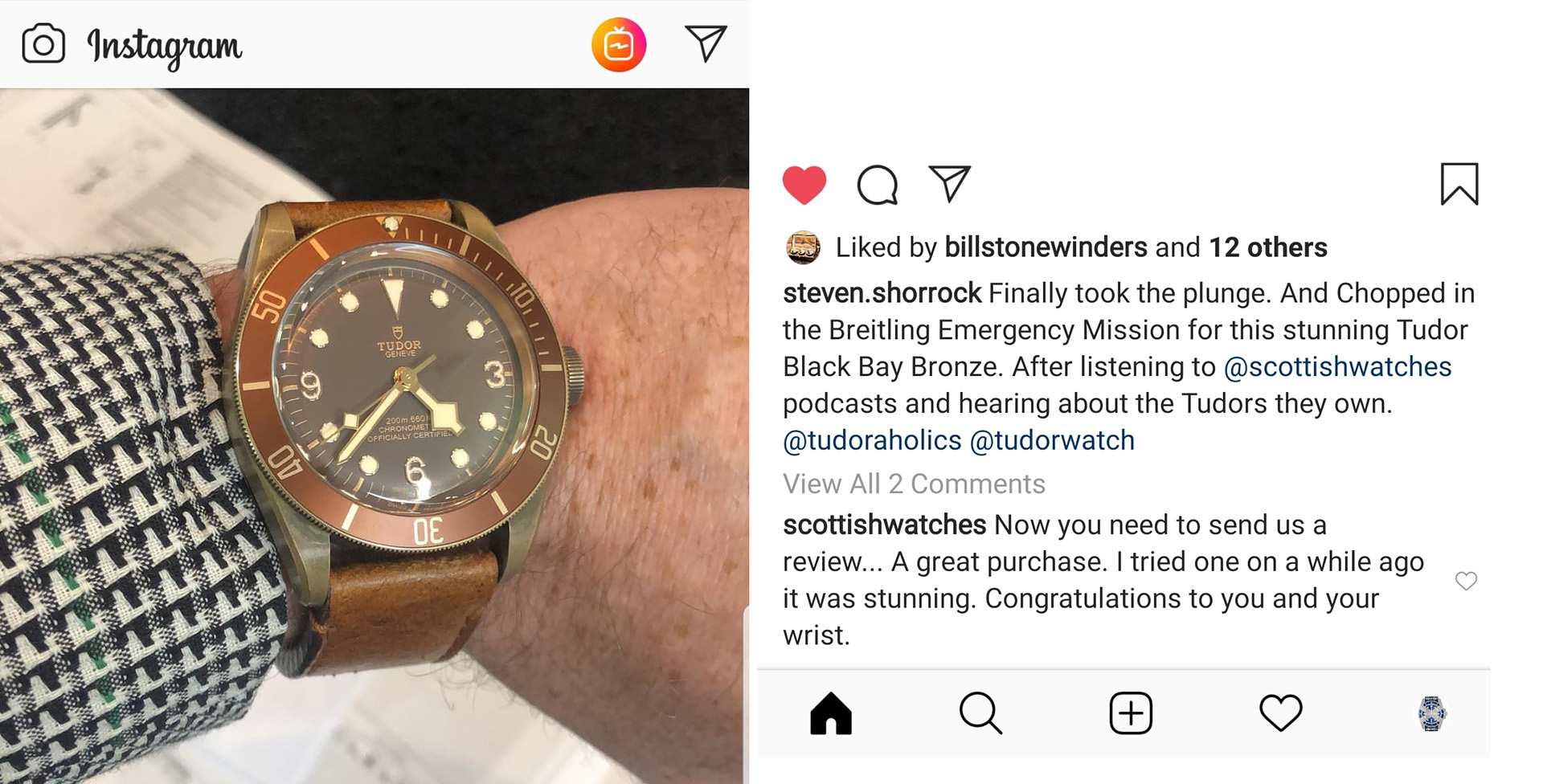 I went to the Tudor authorised dealer in Manchester and tried a few of the Black Bays on. I have to say I thought they were all stunning, but when the Black Bay Bronze was brought out from the vaults (as they don’t display in the window to stop the natural Patina taking effect) I just fell in love with it, and at 43mm rather than the more standard 41mm I was pretty sure this is the way I was going to go. 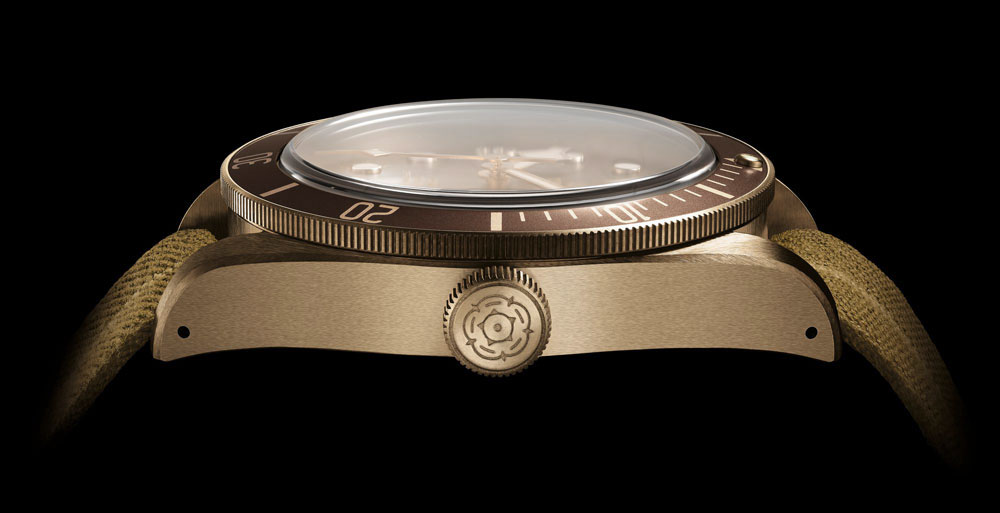 But I didn’t jump straight away.

After returning home I carried out some further research on Bronze watches. Something really appealed to me in having a watch that is constantly changing and will never look like another due to how they patina over time. With that my choice was finalised, I was sold.

Now the financial side kicked in and I started to look into what I could get for the Emergency in part exchange or sale. I hadn’t realised how hard it would be to get someone to take the Breitling. The built-in distress beacon was amazingly enough, reducing interest. 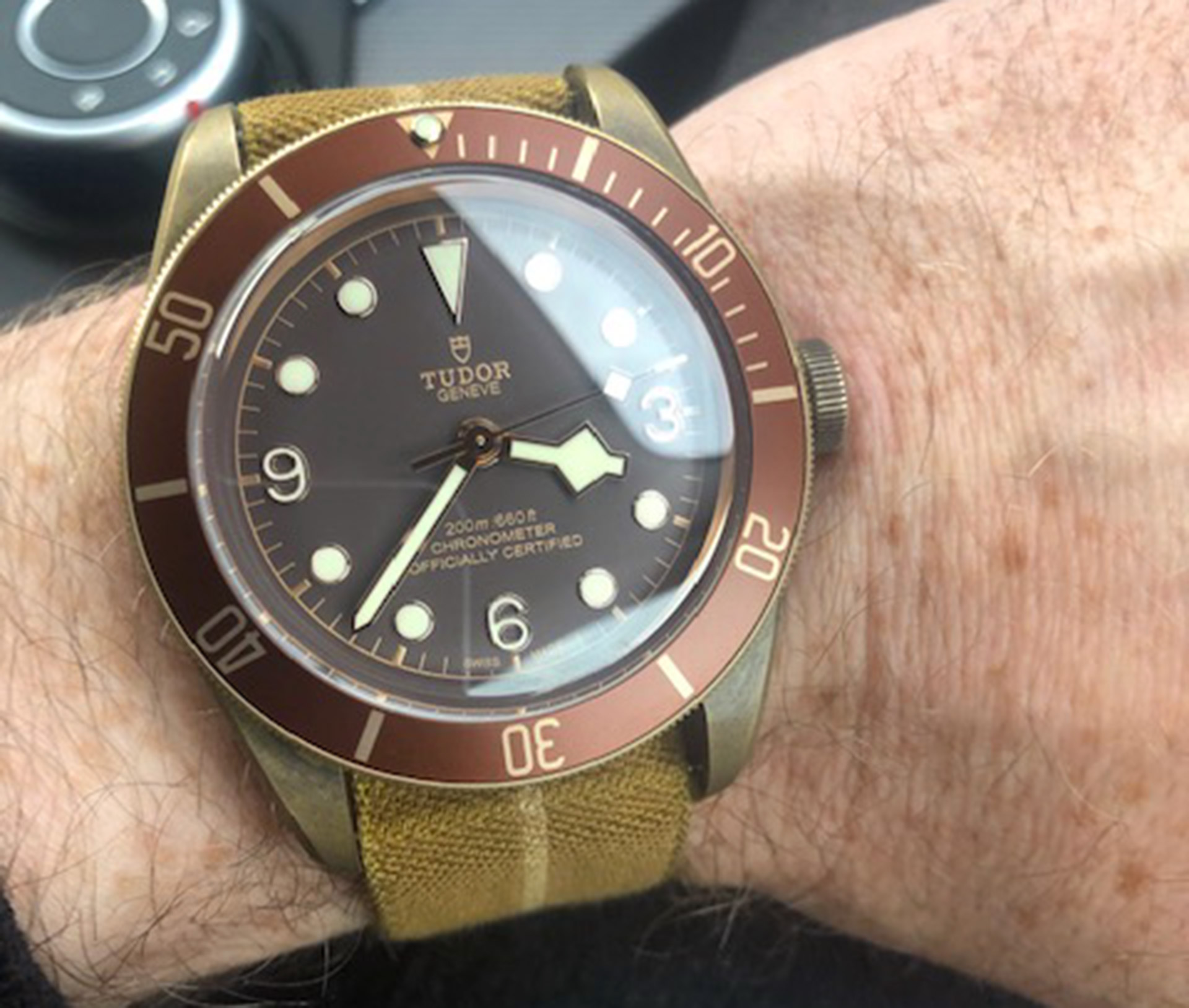 However after a week or so I found a Jewellers in Wilmslow who had a year old Bronze and were interested in doing a deal.

Now I didn’t get what I would have liked for my Emergency, but I just had to have the Bronze. So we shook and the deal was done. Leaving behind my old watch was a little emotional, having been the proud owner for over 12 years, and I’d have loved to be in the financial position to have just increased the collection by holding onto it. But it felt right to do for me and I don’t regret it.

I’ve now had the Tudor for a week, and every day I look at it and fall in love just a little more. It looks like I’ve grabbed it out my Granpops drawer and it’s something he owned back in 1945 during the war.

The stunning brown dial and bezel against the bronze just compliment each other perfectly and is something very different to a lot of the other bronzes out there with green dials that seem so popular. 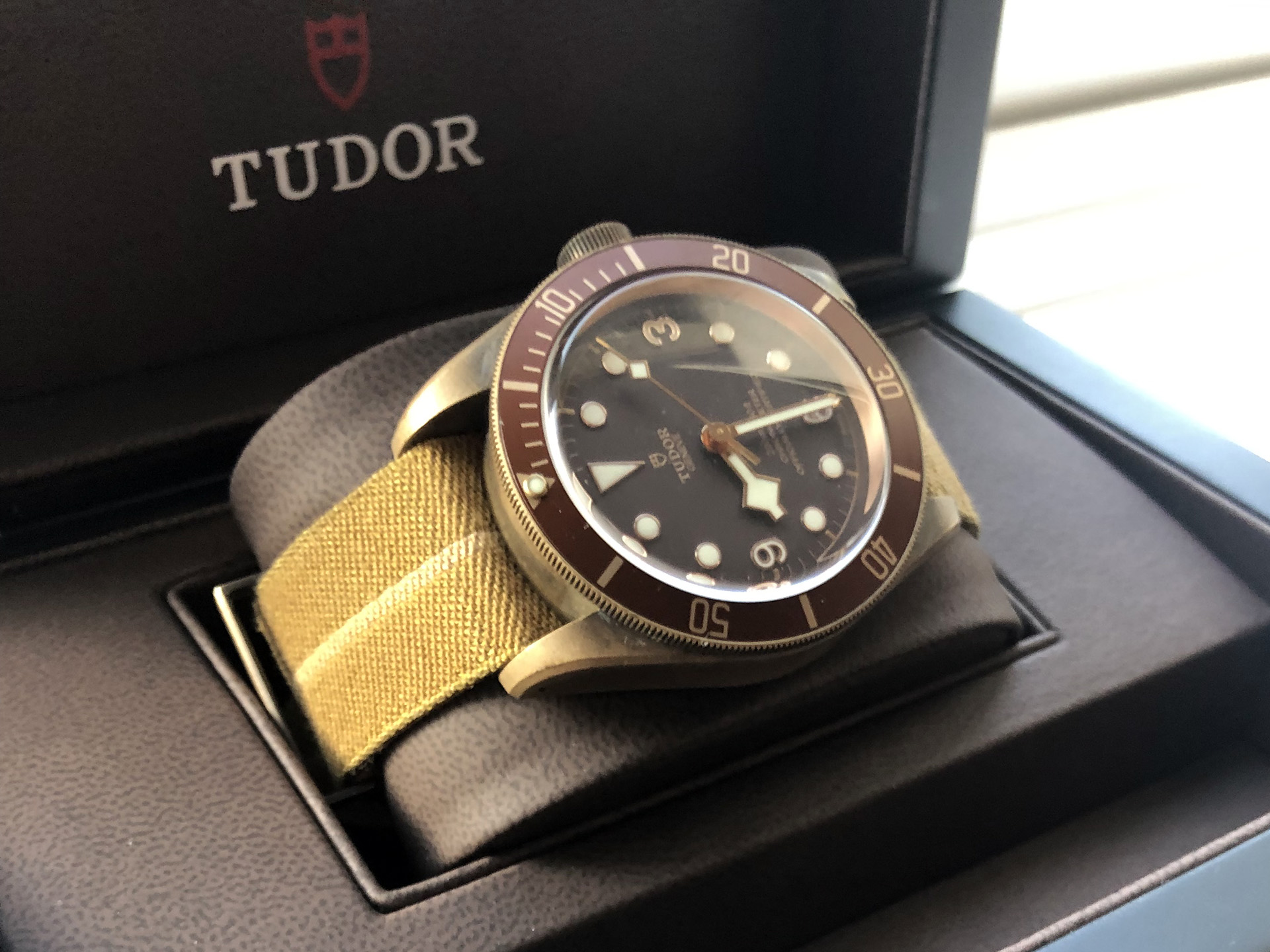 It’s snow flake hands make it easily readable at a glance too which just adds to the appeal. The watch comes with two straps included in the box, an aged brown leather and a nato style canvas. It looks equally beautiful sat on both and I’ve been switching these back and forth almost daily.

The watch just sits so comfortably on my wrist, more so than I ever thought so for anyone wanting a bronze watch I would highly recommend it – you won’t be disappointed. 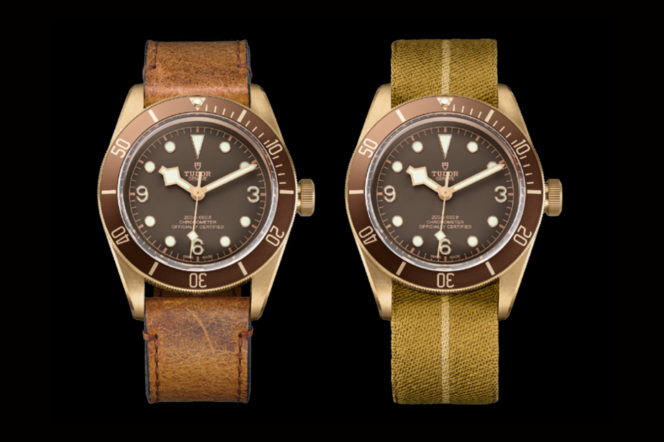 As for the Tudor in particular, I think it offers exceptional value for money with a retail price of around £2,800 you really get a lot of watch for the money plus of course that solid Tudor / Rolex industrial build quality that means it will keep on ticking for many years and decades to come.

My only job now is to look into forcing the patina, so I’ll keep you posted on that too. 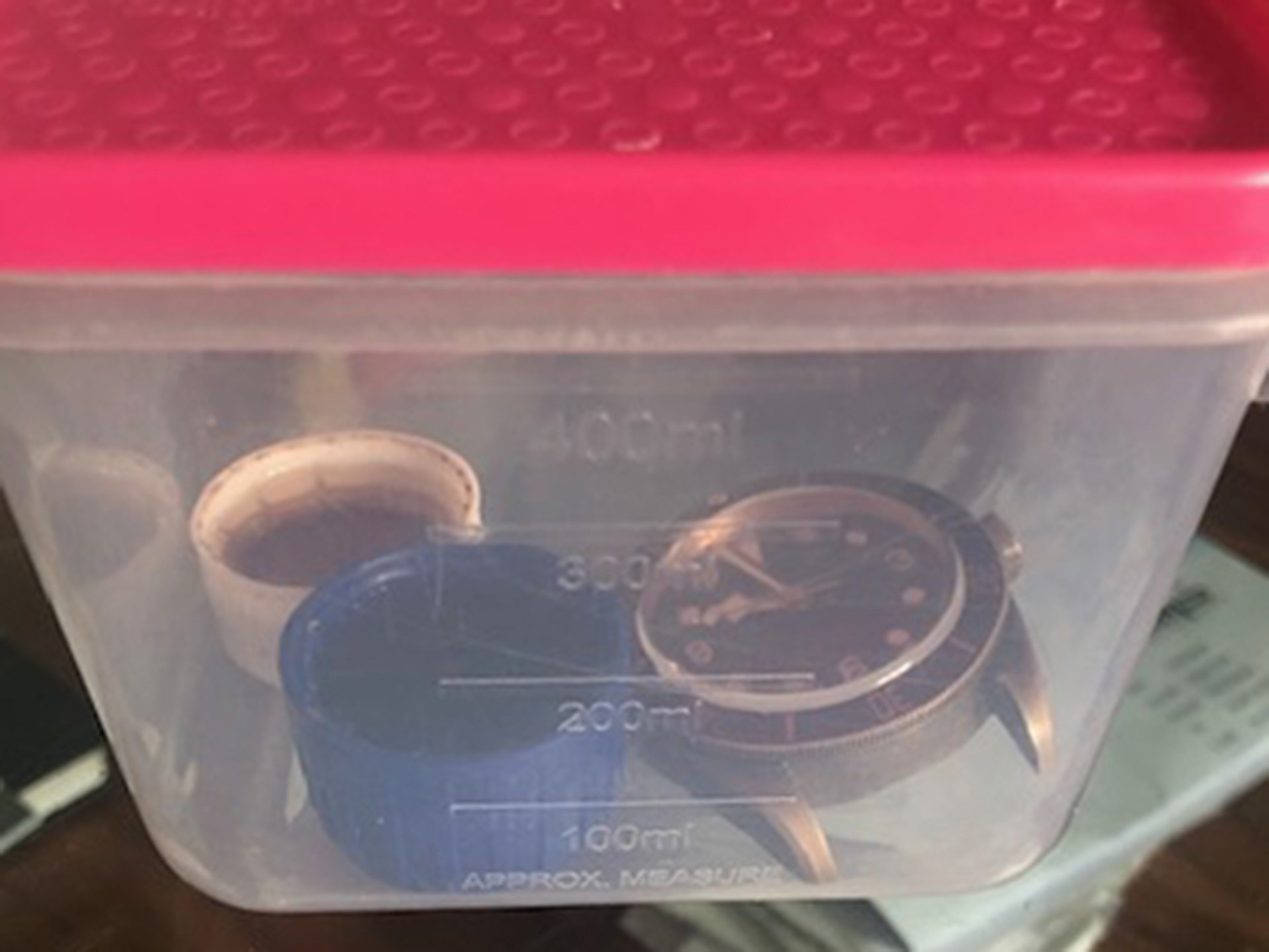 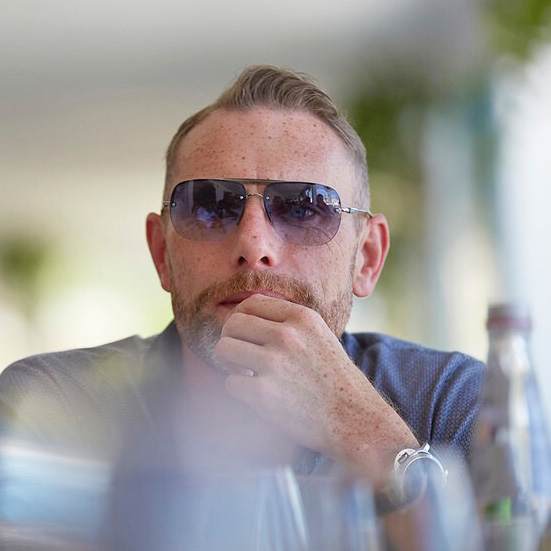 Got the bug for watches as a very young boy due to being in awe of my grand pops Vintage 18k gold diamond set Omega Constellation which passed down to my farther and that I’m now the proud owner of. Huge Panerai Enthusiast just not the wallet for them so only own the one!