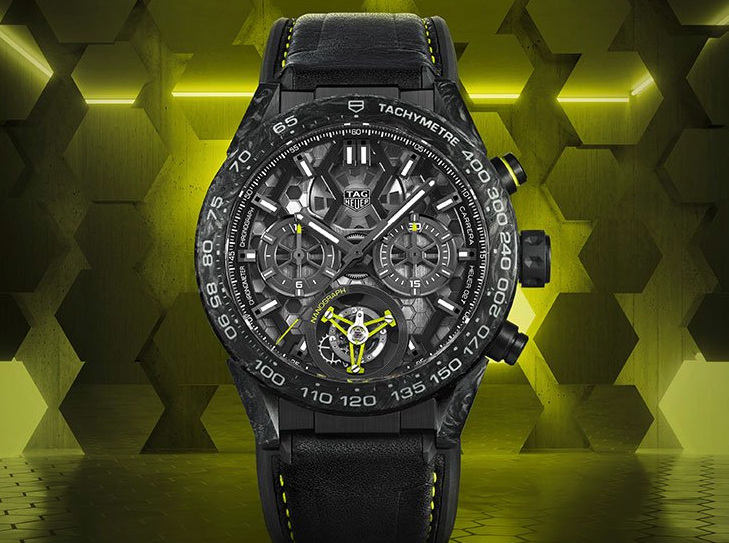 Isn’t it just like TAG to throw a cat among the pigeons when all their competitors are busy swanning around Geneva at the SIHH show?

The latest finger up to the establishment comes in the form of a budget priced (figuratively speaking), but not budget specced tourbillon with carbon infusion release that feels like a bit of an illegitimate child possibly fathered in the Hublot stable while hubby was away on business.

It looks great, if you like that kind of thing (and I do), its got a very gritty motorsport feel too with the tourbillon resembling a ceramic clutch where as the predecessor from 2016 had an ever so slightly refined appearance in comparison. 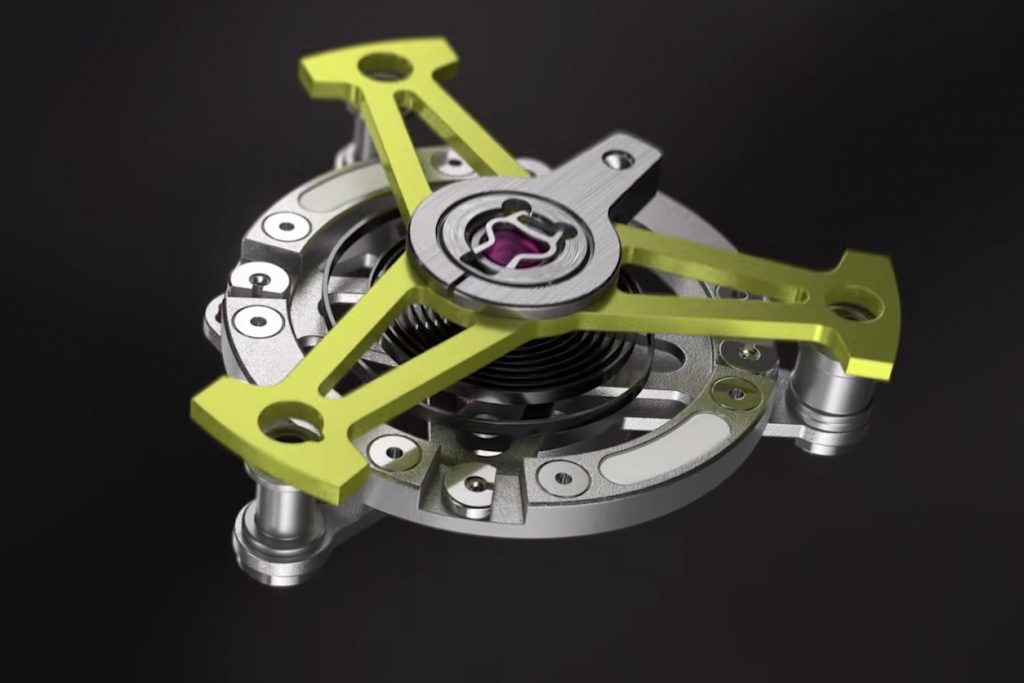 Here in 2019 we’re treated to a carbon cloaked Carrera named the Calibre Heuer 02T Tourbillon Nanograph, which expects to fetch around the $25,000 mark when released in May this year.

The Hublot-ballo this time around is the use of a new hair spring material that is reckoned to be completely anti magnetic, almost impervious to shocks and temperatures too. A bit of an horological hatrick when it comes to accuracy and resilience that is to be welcomed. 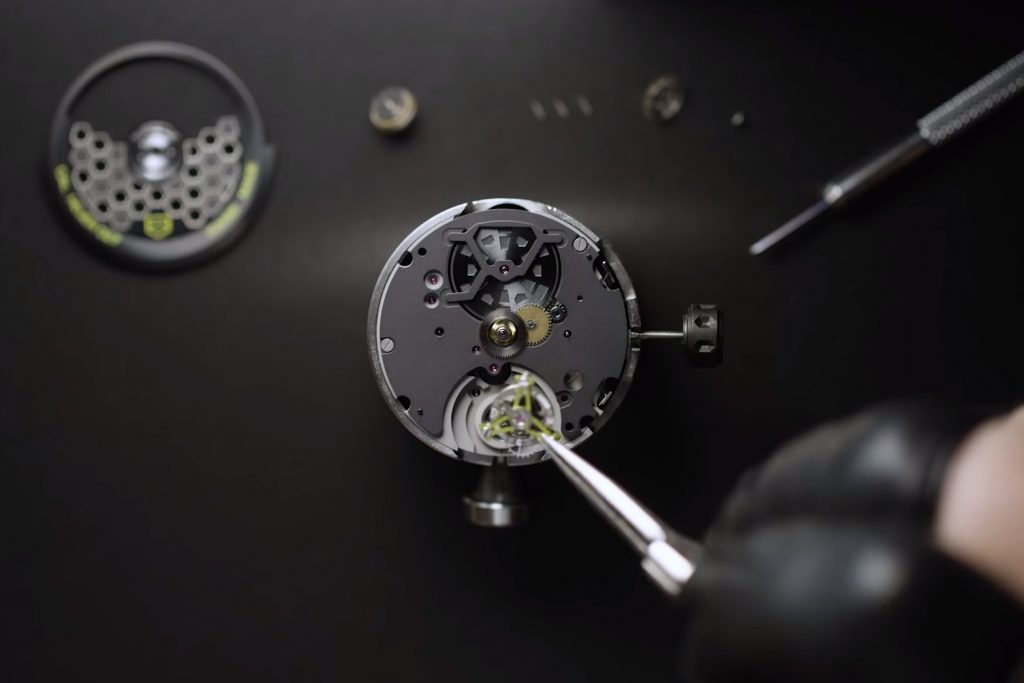 The open work dial features heavy use of hexagonal patterning,  hat tip to the nano structure of the carbon composite materials used throughout and along with aluminum, carbon fibre and PVD titanium, the whole package shouts and screams before you get to the indulgent use of lime tinged yellow lume everywhere the team at TAG could find suitable surfaces to apply it to.

TAG have had a great name, a bad name and a so-so name in the past but this is an edition I could see myself owning and wearing with pride. If only I took part in the National Lottery. 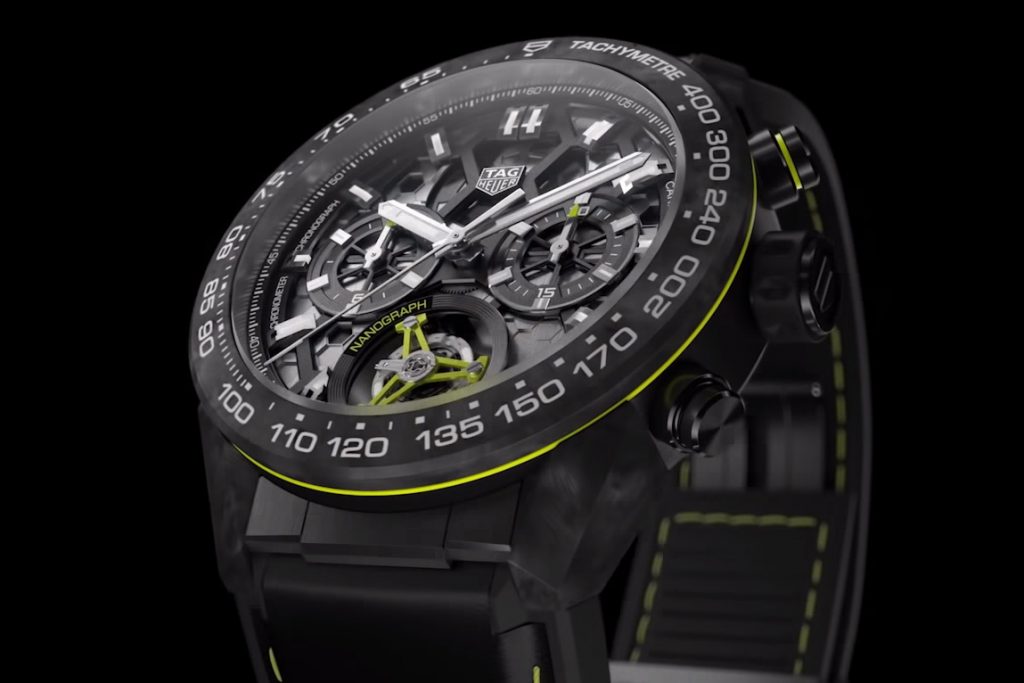 PS: In true Jean Claude Biver fashion, the official TAG GB website boasts this new release was unleashed on the world at SIHH but obviously someone in charge of PR on the US site thought better of that untruth. 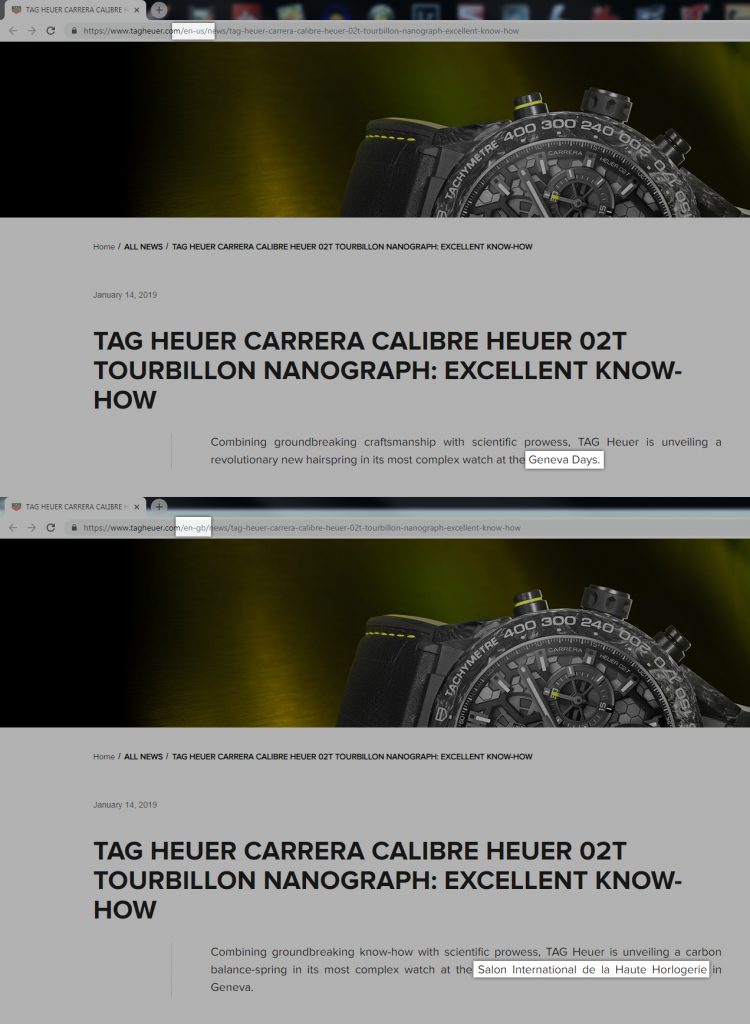