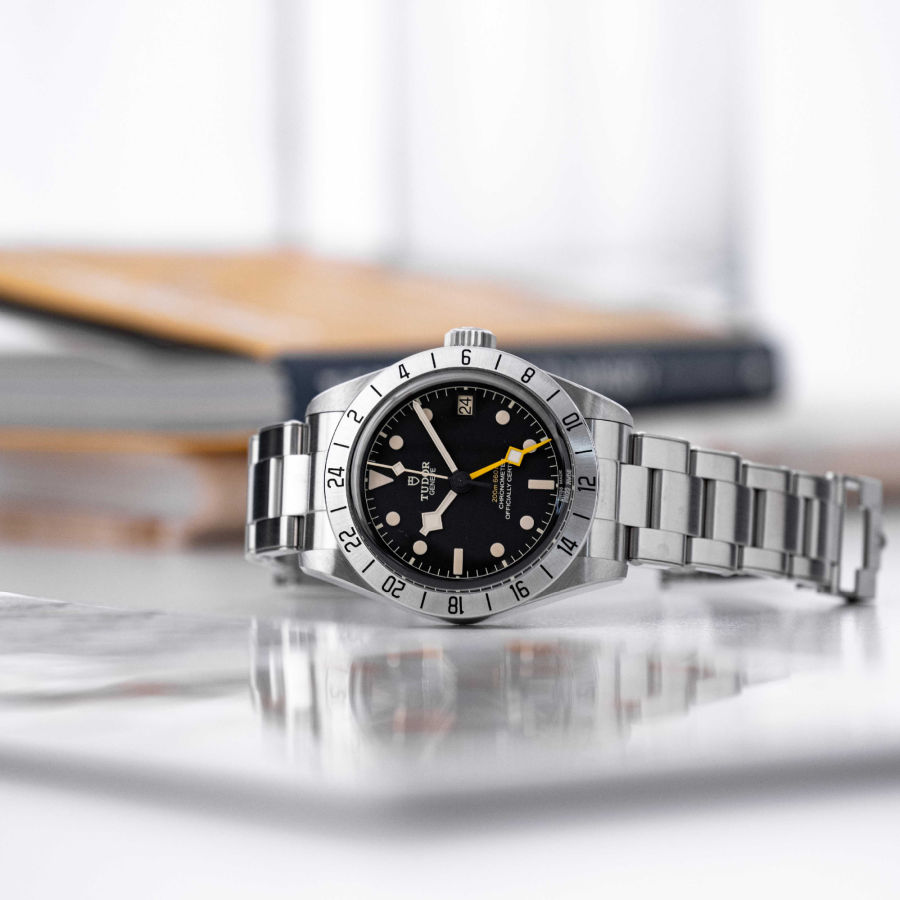 When Tudor first announced its 2022 releases via a video summary, I had to do a double take on the Black Bay Pro. Given that it seemed extremely unlikely that the brand would develop a Black Bay 58 GMT movement, I had simply assumed that the brand was just expanding its existing 41mm GMT collection with two new releases. As it turned out, I was both right and wrong. Tudor had not developed a new GMT movement. However, the Black Bay Pro was also not just another 41mm GMT release. Instead, Tudor had taken its existing GMT movement and repackaged in a 39mm x 14.6mm case. In other words, Tudor gave me half of what I had wanted, a 39mm GMT, but one that had not reduced in thickness. Was that a deal breaker? I had to find out. Only, there wasn’t a single piece available to try one, at least not in the bracelet configuration. That left me with only one option, purchasing the watch. So that was what I did, and after about 5 days of continuous wear, I am here with my unbiased review of this flagship release of the year, well as unbiased as a Tudor fan like me can be anyway. Let’s get into it. 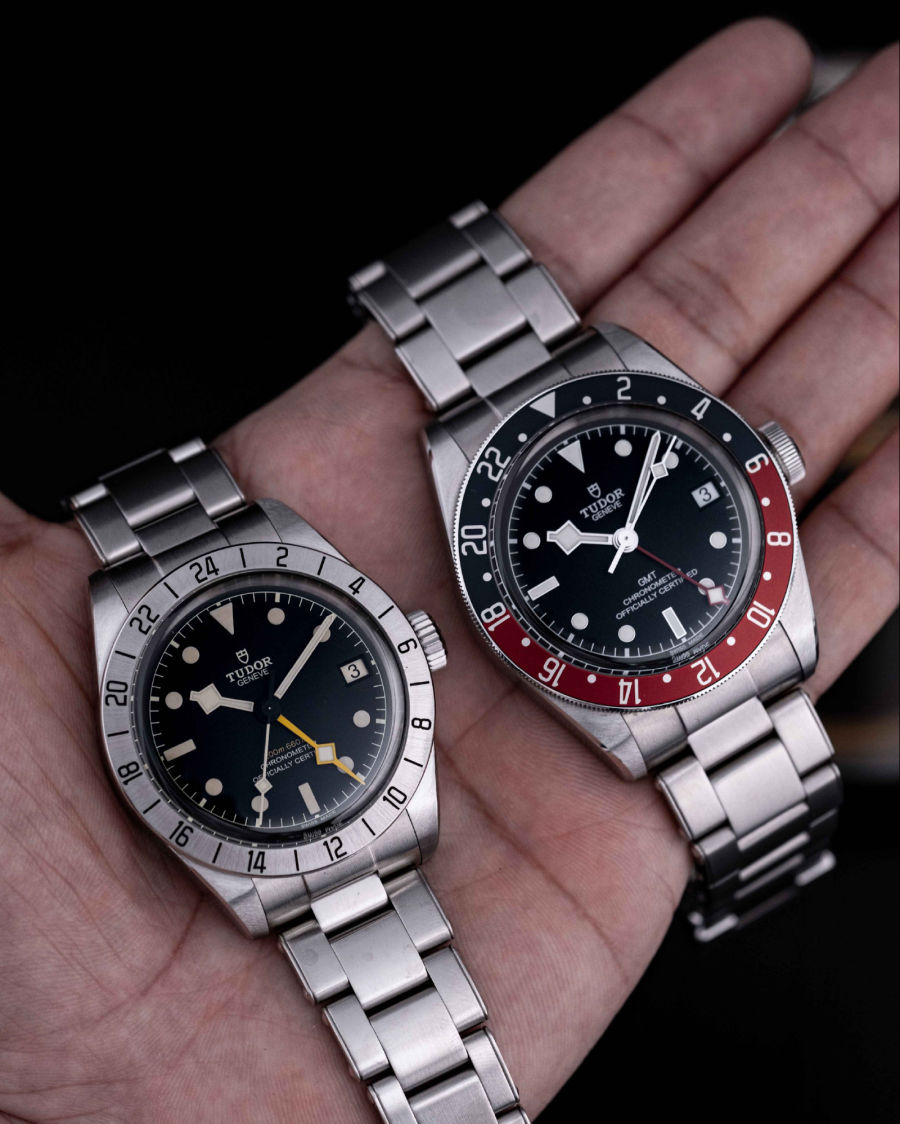 Let’s get the elephants in the room out of the way first. Well, the first elephant anyway. The design carries inspiration from Rolex’s historical 1655 i.e. the first Explorer II. The off-white hands and markers are clearly meant to take after the faded indices from vintage watches, 1655 included. Tudor even went so far as to eliminate its usual metal rings that hold the lume plots, opting instead for a cool monobloc luminous ceramic, much like how indices or old were painted. The choice of a yellow GMT hand, could even be compared to some faded examples of the GMT hand on vintage 1655s. It is however, the fixed steel bezel that carries the greatest resemblance. The font choice is similar, if somewhat thinner in execution, and the lines between the 24-hour numerals are definitely most closely associated with the 1655. Basically, it would be hard not to look at the watch and see where its inspiration came from. 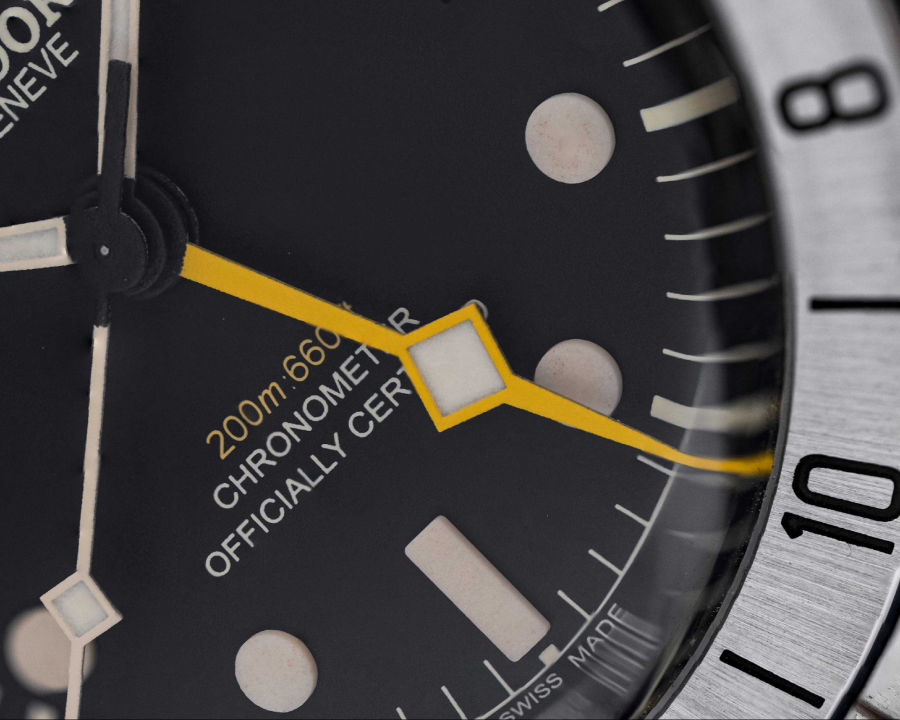 However, this watch is also not a soulless, blind copy of something from the group’s historical archives, at least not to me. Instead, this watch is Tudor at its best, taking inspiration, but updating said inspiration and making it its own. After all, that was the very ethos behind the Black Bay collection, the collection that reignited the modern Tudor’s standing in the watch world. And it is these modern updates that allows the watch to stand on its own two feet. For as much a resemblance as one might see with the 1655, there is just as much of the modern Tudor’s personality present. The snowflake hour, seconds, and GMT hands, love them or hate them are instantly recognizable as a Tudor watch. The matte black dial is a trademark on any similar coloured Tudor, the white (or off-white) hands that have an almost snow bed like texture carry over from the Pelagos line as well as the now discontinued North Flag and the triangle, circle and rectangular markers have made an appearance on basically every Black Bay watch since its launch. All this is to say that if you have not taken to Tudor’s design aesthetic over the last decade or so, this watch is unlikely to change your mind, but if you have, then you’ll very likely appreciate the design on this release. I for one love it, it is trademark modern Tudor for me, and the fixed steel bezel brings an even greater sense of ruggedness that you would normally associate with the Pelagos to the Black Bay line. The fact that it is now in a package that I can wear is a massive bonus. 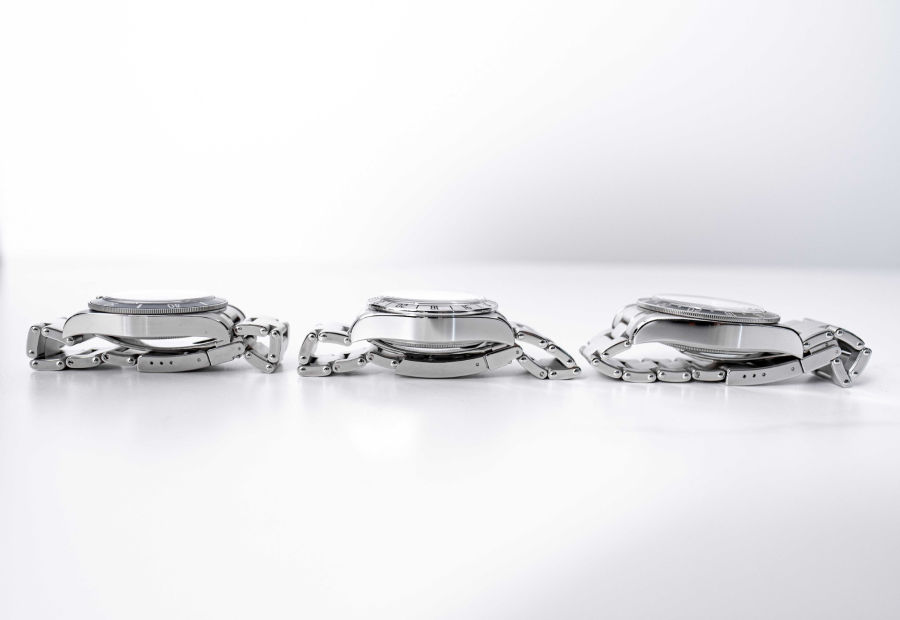 Which brings me to the second elephant in the room. How wearable is this watch, given its 14.6mm thickness? Well, the TLDR version is it is comfortably wearable. It is no Black Bay 58 in its svelte proportions, and it is also noticeably heavier, but it is also not the chunky presence that the regular Black Bay GMT is. The 39mm width, shorter 47mm lug-to-lug length and a 20mm lug width go a long way to improve on the wearability of the watch over the 41mm GMT, and that is not negated merely because of the 14.6mm height. Do bear in mind too that the sapphire crystal on this model sports a higher more deliberate dome than any other Black Bay thus far, which shaves some of the absolute thickness. Of course, the wearability of the watch is something that would vary from person to person and you would really have to try it on for you to know for sure, and if possible, compare it against a Black Bay 58 as well as a Black Bay GMT. Personally, I’m glad and not just a little relieved that it worked for me. 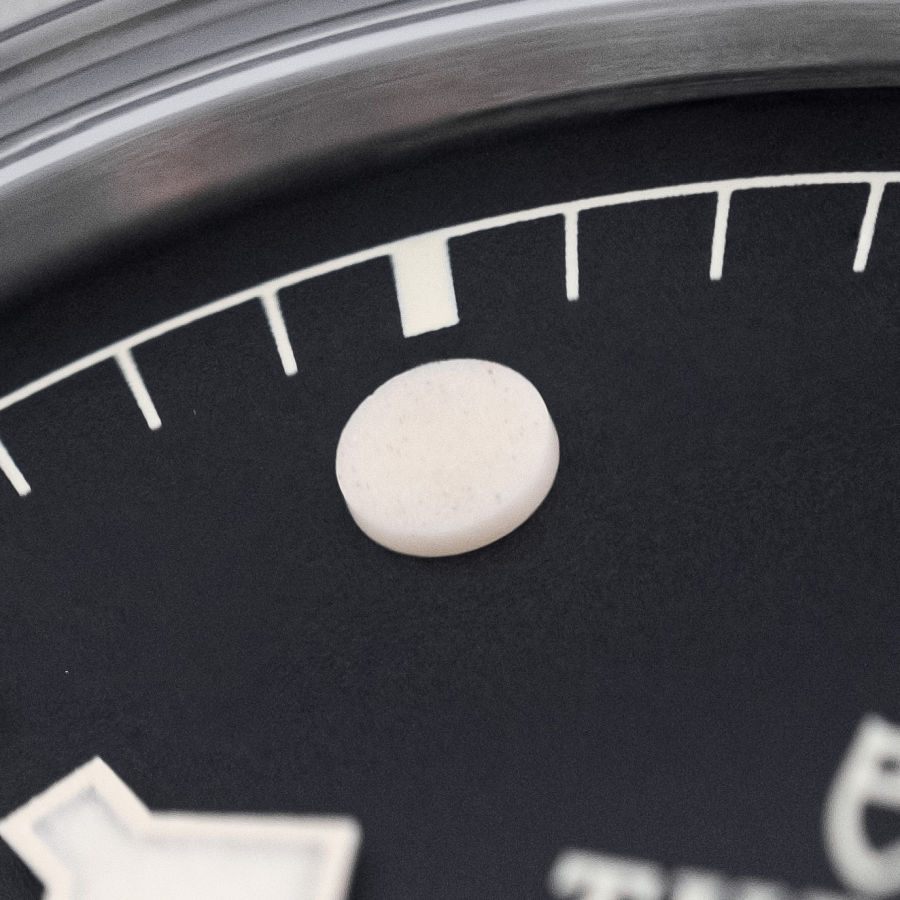 Personally, I am also a big fan of many of the changes and upgrades that the brand included in this release. The aforementioned monobloc luminous indices are interesting elements to appreciate in person and is a move I respect since the brand could have merely painted on the indices to create this effect. The choice of a yellow GMT hand and text adds a touch fun to the watch, and is something I’ve missed from the brand since the North Flag (which I loved but could never find a right fit for). There is also the addition of a date window, which makes sense for a GMT watch, but is a first for 39mm sized Black Bays. The crown is now also a hair bigger and has more pronounced knurling, as opposed to the coin-edge crowns on the other models in the collection. This gives an improved overall winding experience in my opinion and works well with the more industrial look of the watch.

And saving the best for the last, the T-Fit clasp on this watch is a fantastic addition. First introduced on the Black Bay 58 Bronze, it was only a matter of time before Tudor introduced a steel version, but it has since tweaked it further. Instead of merely retaining the Tudor word on the flip lock, The brand has now worked in an actual Tudor shield logo on its flip lock, which gives the clasp an even more luxurious appeal. But the biggest upside is functional, since this T-Fit clasp allows for an easy toolless adjustment at any time over 4 positions at 2mm intervals. The execution of which is buttery smooth and you’d have to strain to even feel the clasp locking in at each of the 4 intervals, something that at least in my experience was not present even on the Glidelock clasp of the older 114060 Submariner (I have not personally handled the newer 124060). If there is one downside though, at least from my experience with it on the Black Bay 58 Bronze, it is that 8mm is just about the same size as one link (approximately 9mm). What that meant for me was that with 4 links out and the clasp at its tightest, the watch as just a touch loose and with 5 links out and the clasp at its loosest, the watch was just a touch tight. This made the T-Fit functionality essentially useless to me most times. I’ve yet to experiment with this on the Black Bay Pro, but it stands to reason that it will be the same. Still, if you were in between links on the Black Bay 58, then you will absolutely love the inclusion of this T-Fit clasp here. Of course, the watch also has a leather-rubber hybrid and a fabric strap option (with an upgraded clasp) but I have not yet had the opportunity to try the watch on them for any prolonged period of time. 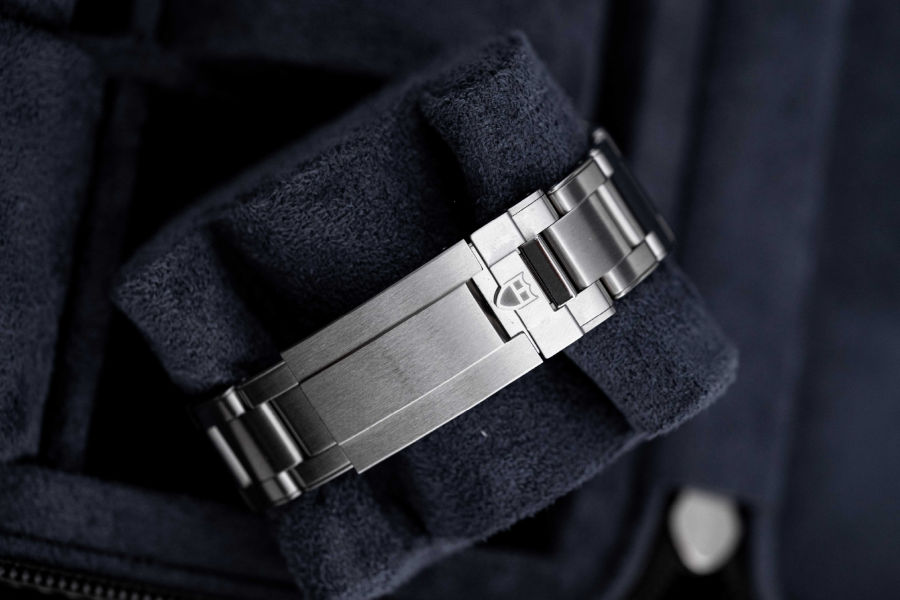 As mentioned in the introduction, the movement in this watch is the manufacture calibre MT5262 which comes with a 70-hour power reserve. When this movement was introduced in 2018, it was very quickly followed by reports of issues relating to the date wheel getting stuck. Those reports had continued over the next few years despite Tudor purportedly fixing the issue though it is unclear if the watches facing these issues in the more recent years carried older generation movements or not. Tudor (at least their boutique representatives) claim that the issue has since been fixed. I have no way of verifying that, though I would think the brand would not have risked putting it in two new watches if it had not been fixed. Personally, I have not encountered any issues (fingers crossed) and really hope that remains the case.

Overall, I love this release from Tudor. It is perhaps the best new watch (that’s not just a colour change) since the Black Bay 58 was released in 2018. It certainly appealed to me in a similar manner. There will be a lot of negative opinions with regards to the design inspiration, but really, the brand cannot win in this regard. Stick to a tried and tested formula of updating vintage designs and its labelled as boring and unoriginal. Launch new interesting designs and features and nobody takes any interest in them. After all, this is one of the few brands with a double date, an integrated sports watch with a fresh design and a ceramic chronograph within 5 years of its soft restart and a dive watch with claw action bezel. What did the brand get for being creative? A severe lack of interest in these models. So it is hard to blame the brand for sticking to tried and tested design choices. And boy, these tried and tested designs look great. Is this the perfect watch? No. Would I still prefer a Black Bay 58 GMT? Certainly. But this still offers tremendous value. For the money, you would be hard pressed to find a better-looking traveler’s GMT that also comes with all the upgraded features that this watch carries. I for one am delighted with this release, the timing of which could not be more appropriate given the reopening of much of the world to travel. Time to start packing them bags. 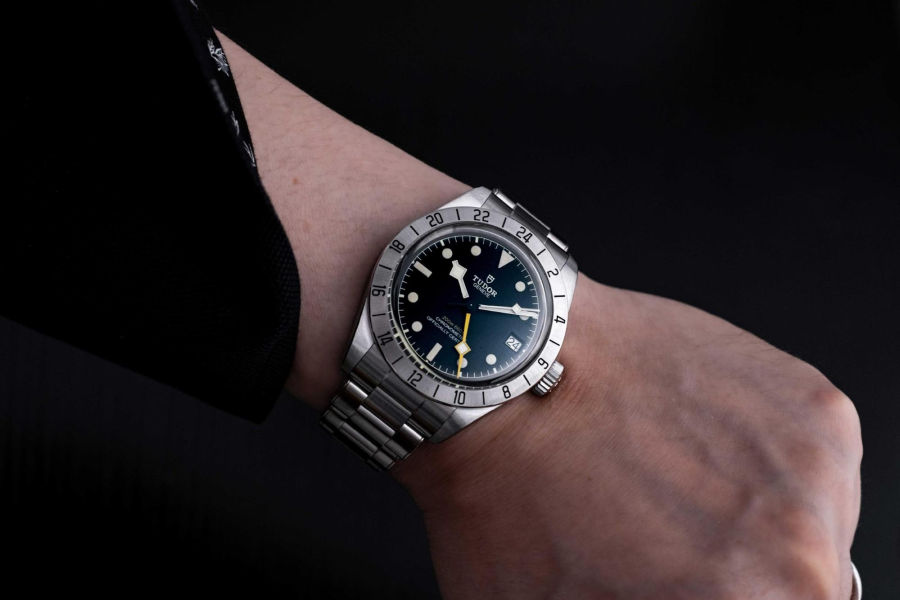 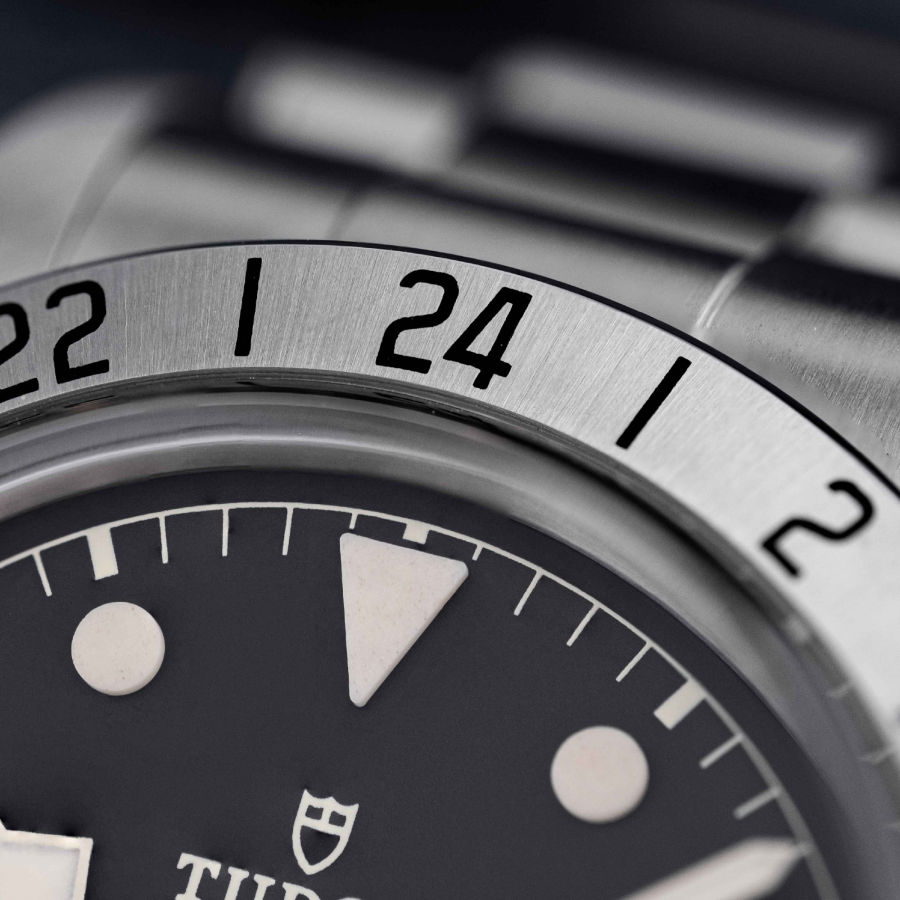 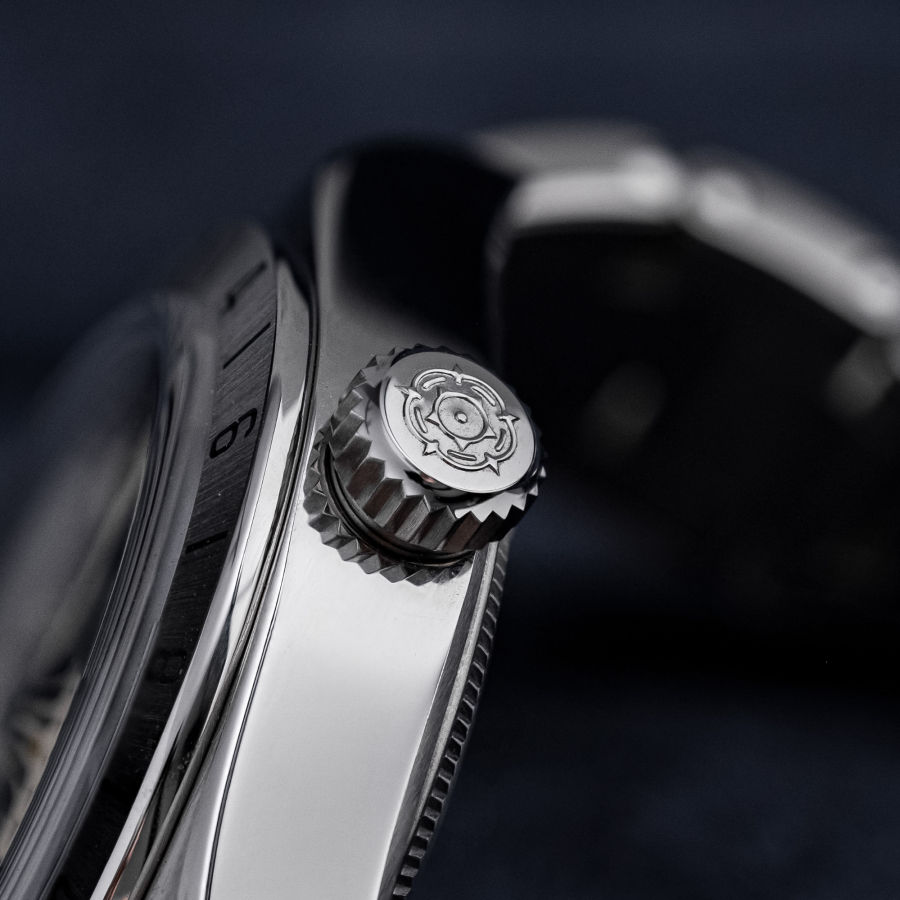 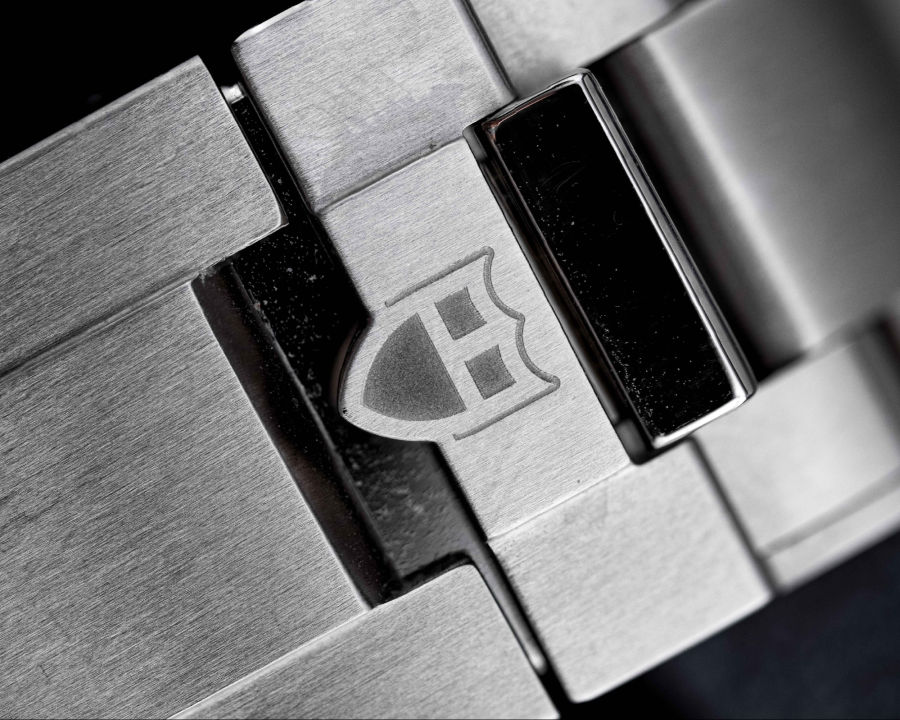 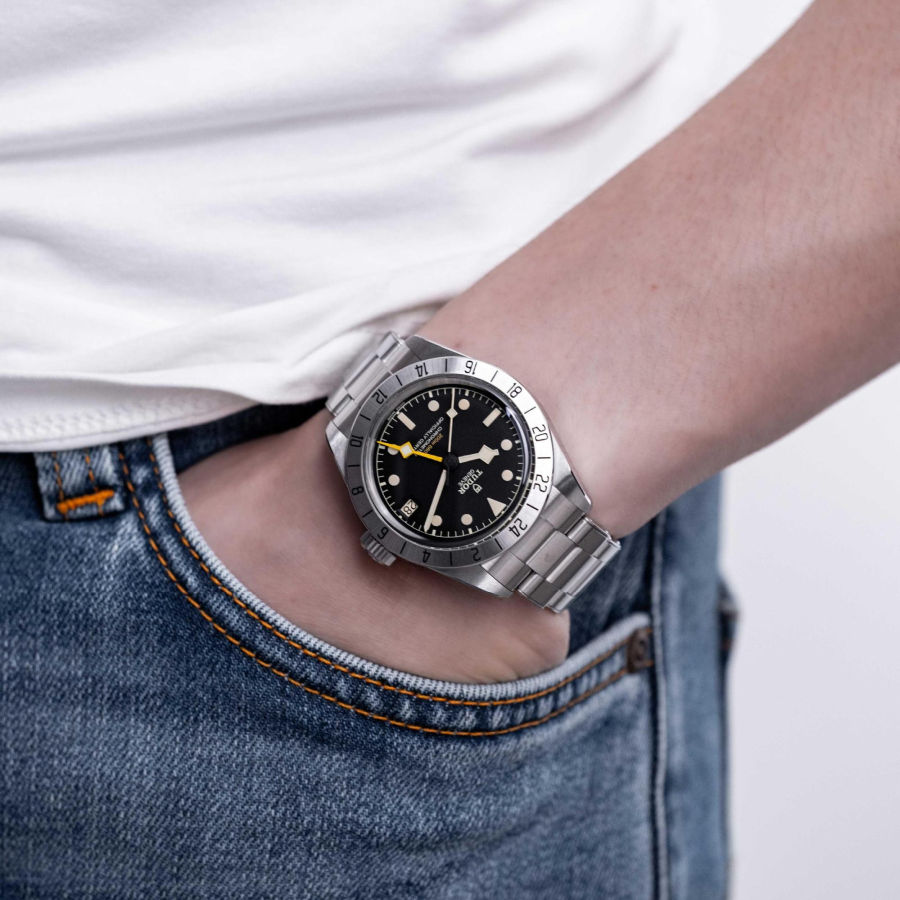