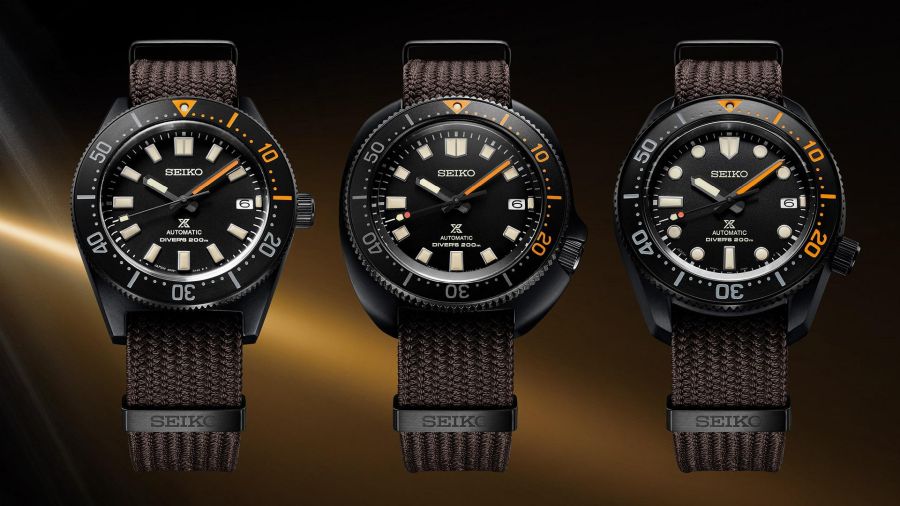 It has been an interesting week in the world of watches. This week we have London based Bonham’s successfully hosting its auction in Paris, Gerald Genta’s original sketches getting the NFT treatment and Jean-Claude Biver’s unsuccessful NFT auction plus his announcement of his own watch brand. We also have releases from Leica, Grand Seiko and Seiko.  These are the top 7 things in the world of watches this week; let’s get into it. 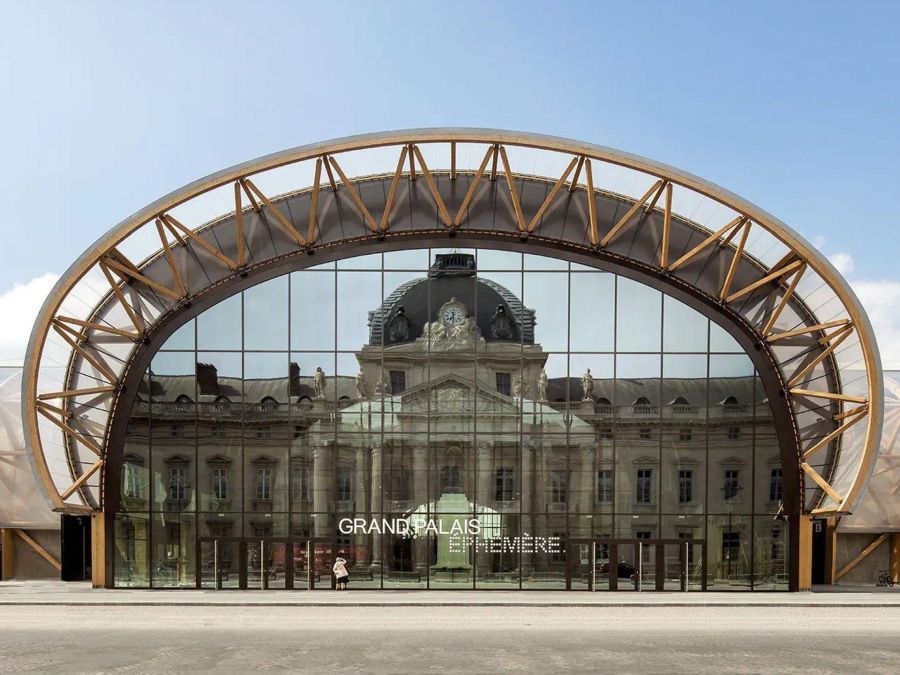 Bonhams’ auction this week held a successful auction in Paris, the first outside of its traditional home in London. Part of the rationale for this move was the increased VAT on auction items that were brought into UK from the rest of Europe. The recently held auction at the Grand Palau’s Ephémère turned out to be a success with Audemars Piguet and Laurent Ferrier leading the way. A 1985 Royal Oak D Series (reference 25554ST.00.0344ST.01) sold for €175,313, twice its pre-sale estimate. Laurent Ferrier also had saw a pair of Galet watches out perform their estimates, a 2010 Galet Classic Tourbillon (reference LCF001.02.R5.E09) and a 2014 Galet Classic (reference LCF004.G1.OBN.1) selling for €81,563 and €37,813 respectively. Cartier also continued its strong performance of the past year with a 1970 Bamboo Coussin selling for €19,063.

Gerald Genta’s original designs to be sold as NFTs 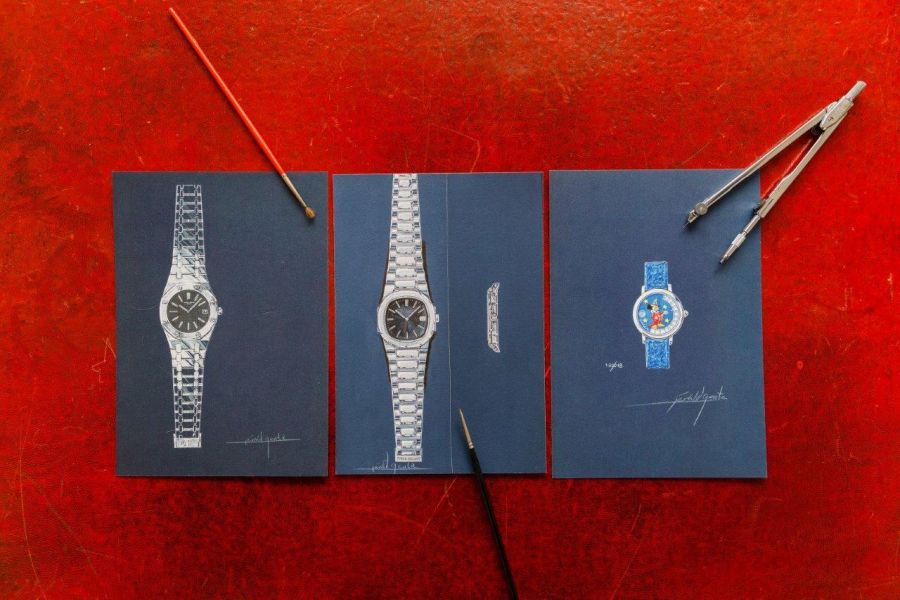 Gerald Genta’s work is currently front and centre of the watch world with the craze for integrated steel sports in the mould of the Nautilus and Royal Oak. However, his legacy is set to be given another tribute, this time in the form of unique NFTs of his original sketches. These sketches naturally will include the original designs for the Nautilus and Royal Oak, but also contain at least 100 other designs including the Omega Constellation, IWC’s 1970s Ingenieur and Da Vinci models. The announcement of this sale came from the office of the Gerald Gena Heritage Association that was founded in 2018 by Evelyne Genta. This is an intriguing move that takes advantage of technology today to ensure that these works last forever which is a fitting tribute to the man who has contributed so much to the world of watches. The sketches and their NFTs are set to be auctioned off sometime in the first quarter of 2022. 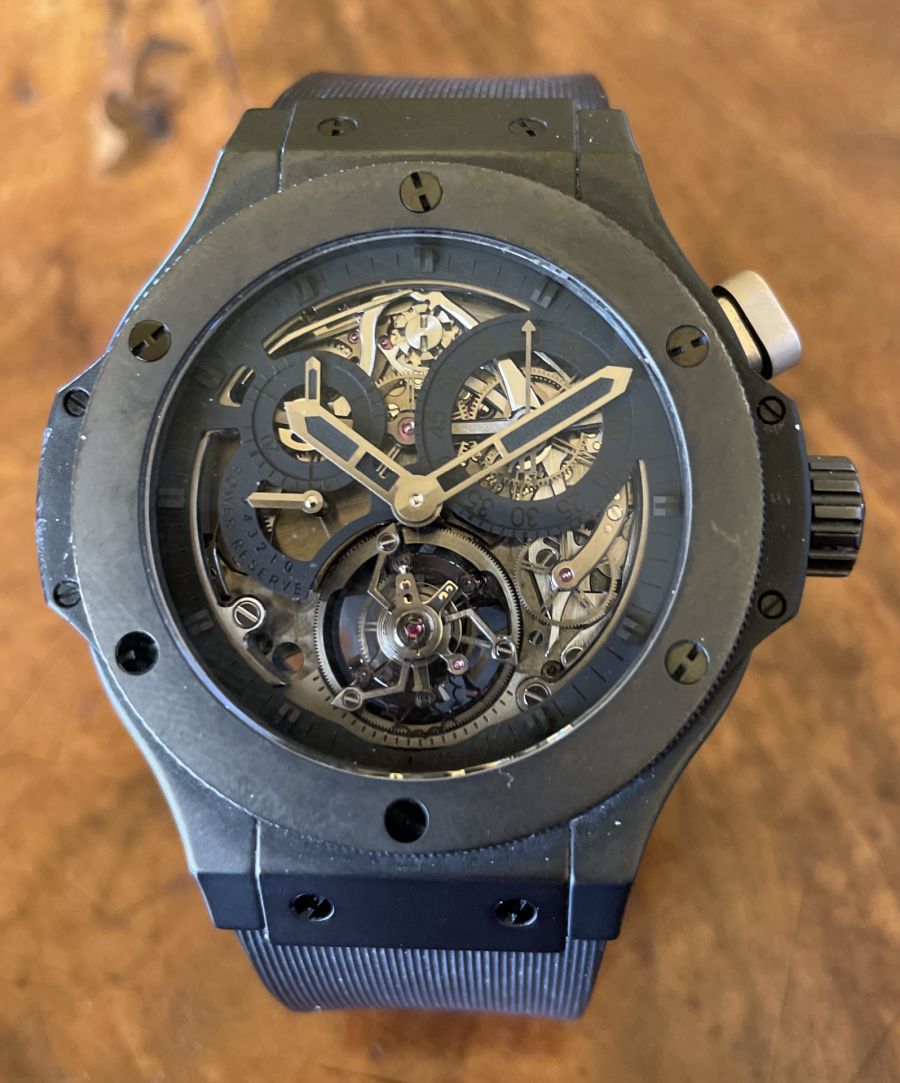 Speaking of NFTs, one of the first movers to take advantage of this blockchain technology was Jean-Claude Biver, who put up a NFT of the his own personal Hublot Big Bang on 30 March 2021. The watch held a lot of historic significance in the watch industry given its role as one of the first luxury watches to be released on a rubber strap, something that is emulated today by multiple watch brands. An NFT therefore, was expected to generate a lot of interest especially because of how it could never be forged, copied, lost or stolen. However, till date, there have been no offers for this unique proposition. While there isn’t a way to confirm why this is the case, WatchPro believes that this is because the owner of the NFT would merely be owning a digital form of the watch, and not have any access or ownership rights over the watch itself. This is perhaps an indication that while NFTs are what is hot currently, perhaps something as diametrically opposite in concept as mechanical watches still have someways to go before it can fully jump over to what is merely a derivative at this juncture of the original. 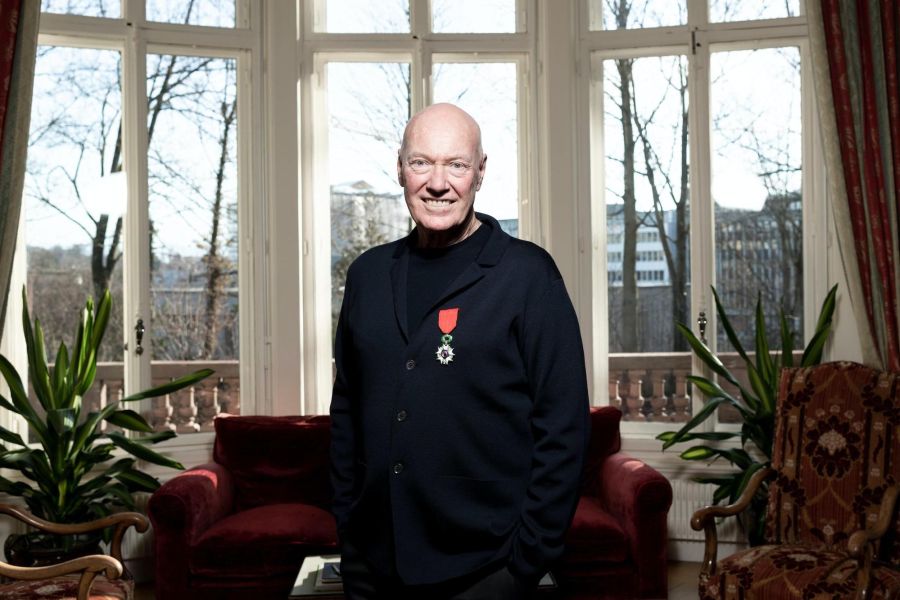 Not one to be deterred by unsuccessful ventures, Jean-Claude Biver has decided to start his own watch brand, at the ripe age of 72. He has had a relative quiet 4 years after retiring from the helm of LVMH in 2018 following decades leading various major watch brands. However, the indefatigable visionary has now announced that he wishes to get back to his one true passion, horology. He attributes his shift in perspective to a bicycle accident that sidelined him in the hospital for 3 months recently. His chosen brand name? JC Biver, which he believes holds a lot of credibility in the watch industry, and with good reason. After all, he has been credited with being instrumental in the revival of mechanical watchmaking in the Switzerland and has left his mark on brands such as Tag Heuer and Hublot among many others. His announcement was the first step in his latest initiative and it will certainly be interesting to follow how this new brand takes off. 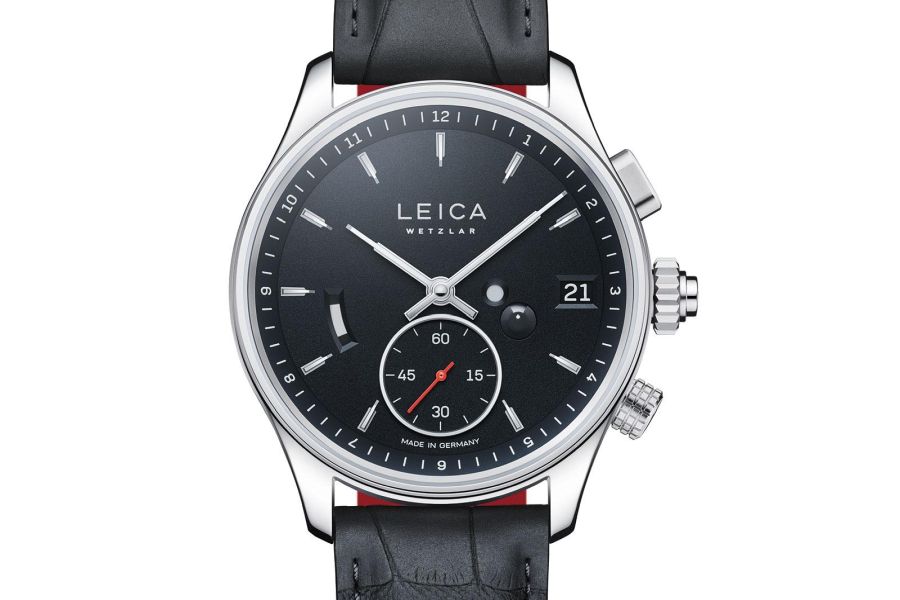 Leica name was made in cameras and photography but has now gotten into high end watchmaking with its latest L1 and L2. The watches were first announced in 2018, but this week, the watches have just arrived and boutiques are taking orders. The L1 and L2 have the same general aesthetics that pairs a black dial with  simple silver stick hour and minute hands, indices and a small seconds complication with a red hand at 6 o’clock. Both watches also have a date window at 3 o’clock, a curved bar power reserve indicator between 8 and 9 o’clock, and an operating status indicator. Where the L2 defers is with its GMT complication, that adds a inner 24-hour bezel and a day/night indicator in the form of a white dot on the dial. While both watches feature traditional looking crowns, they operate in a less common manner that allows for more accurate time setting. Unlike regular crowns that are pulled out to set the time, the red-dot (like camera buttons) crown is pushed in which will stop the time and reset the small seconds hand to the 12 o’clock position. This is made possible by the beautifully finished movement produced by Lehman Präzision in Hardt, Germany. Both watches are 41mm and come with a pusher at 2 o’clock that allows for the date to be quickly set. The L2 also features a crown at 4 o’clock that controls the 24-hour bezel. As expected with Leica, these watches are not cheap, coming at SGD 14,950 and SGD 21,300 for the L1 and L2 respectively. 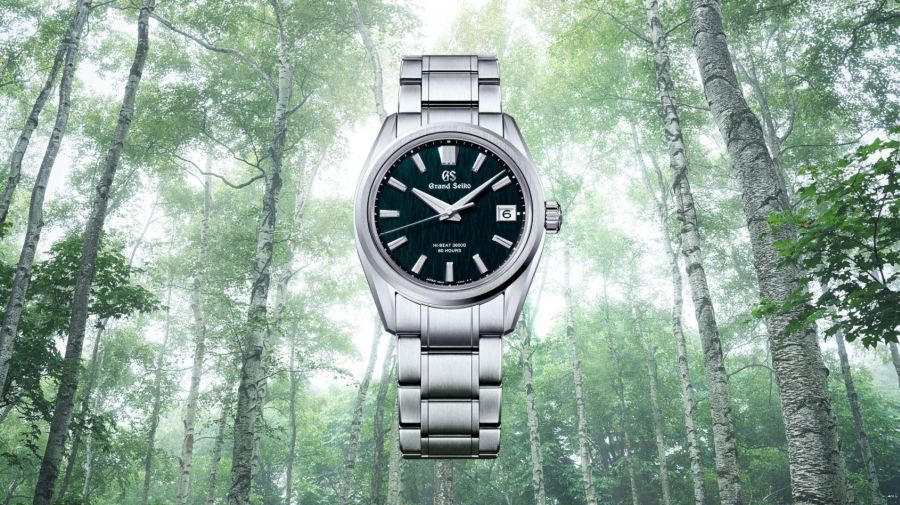 Grand Seiko is not letting up with its weekly releases, on average anyway. The latest from the brand is the SLGH011, which continues the move towards the use of the latest Hi-Beat 9SA5 movement and the Evolution 9 case design. In fact, the watch almost identical to the SLGH005, White Birch, that was the first release from the brand with the 9SA5 movement that also had a textured dial. The only difference? The use of green instead of silver. From pictures, the shade of green is similar to the shade on the Grand Seiko Peacock releases several years ago. The inspiration for the dial is naturally from the white birch forest, but in summer, when the white stalks are “surrounded by lush greenery”. One thing to note is that while both are dubbed “White Birch” the dial pattern on the SLGH005 (Hi-Beat) and SLGA009 (Spring Drive) models are not identical, with the former featuring a more pronounced pattern where the latter is somewhat subtler. It is difficult to tell from pictures which one the SLGH011 features though I personally hope it is the latter. Ironically, the watch will only be available in autumn, on 1 September, despite its summer inspiration. It is, however, available for pre-order with the same retail price of S$9,100. While this is no doubt a good looking watch as most are from Grand Seiko, if it doesn’t slow down, there is a decent chance that it would handicap its own success with decision paralysis, since it seems set on offering the same watch in as many dial options as possible. 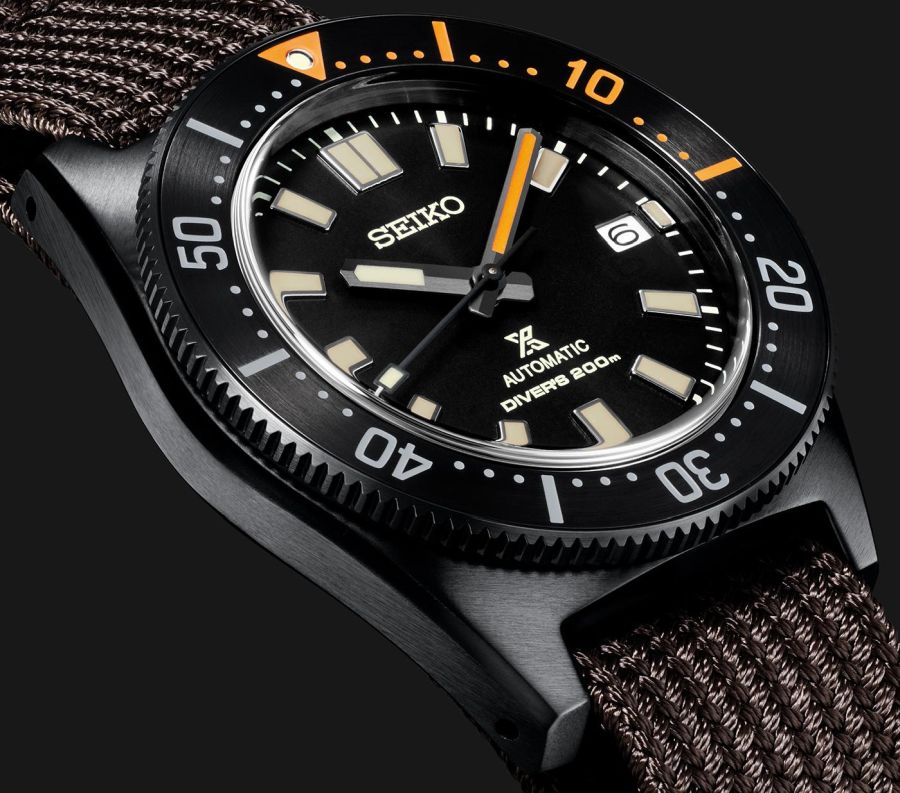 Seiko has also started 2022 with flourish and it continues that trend this week with three new all-black watches in its Prospex series. The three watches released are from three of the more popular Prospex series, the 62MAS re-issue, the 1968 6159-7001 reissue, and the 6105-8110 reissue a.k.a. the Captain Willard. The SPB253J1 is the simplest most traditional in its design, coming in at 40.5mm x 13.2mm. It is one of the smallest mechanical divers in the Seiko series and one that wears exceptionally well, for a Seiko diver that is. The SPB255J1 is similar in design but moves the crown to the 4 o’clock position and beefs up the size to 42mm though it is slimmer at 12.5mm. Finally, the SPB257J1, which also has a 4 o’clock crown, is the largest at 42mm x 13.2mm and wears even bigger because of its unique UFO sort of shape. All three watches are powered by the brand’s 6R35 movement and have been given the brand’s black DLC coating, and a vibrant orange colour on in its bezel markings from 0 to 20 minutes. They all also come with a black textile strap with a rubber strap alternative. Personally, I am a big fan of the SPB253J1, because of how well it wears. The new colour way adds a additional cool factor that is extremely tempting. For those interested, the SPB253J1 is priced at €1,250 while the SPB255J1 and SPB257J1 are €1,350 and are all limited to 5,550 pieces. 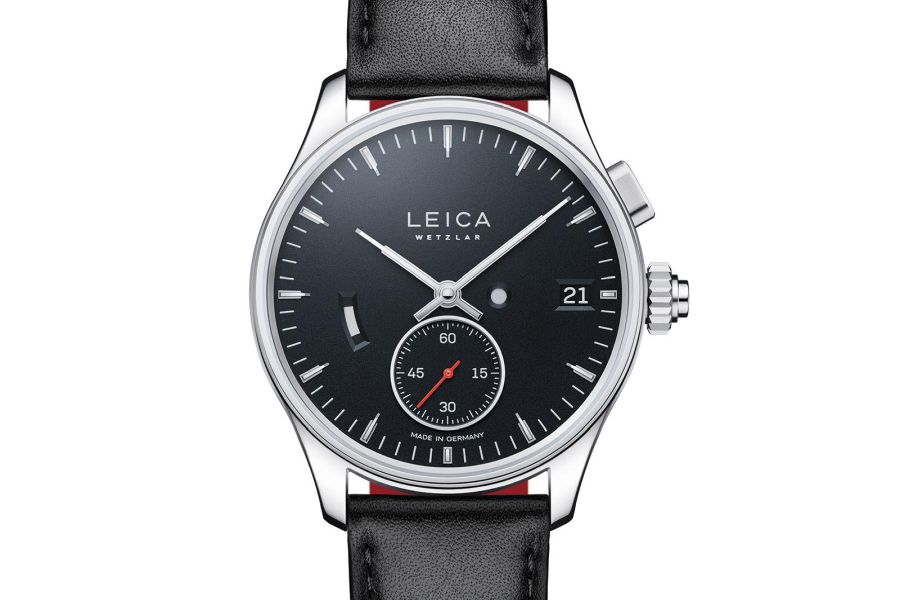 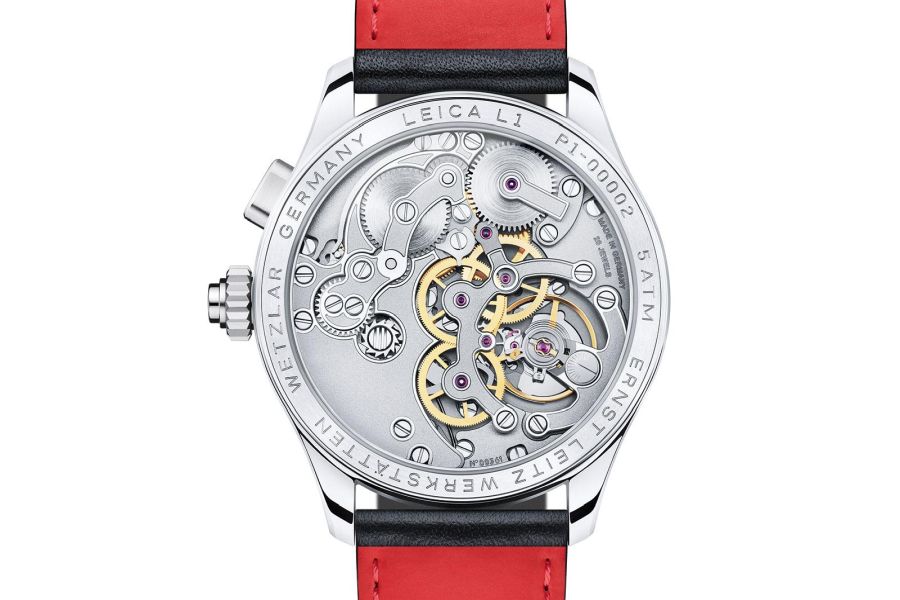