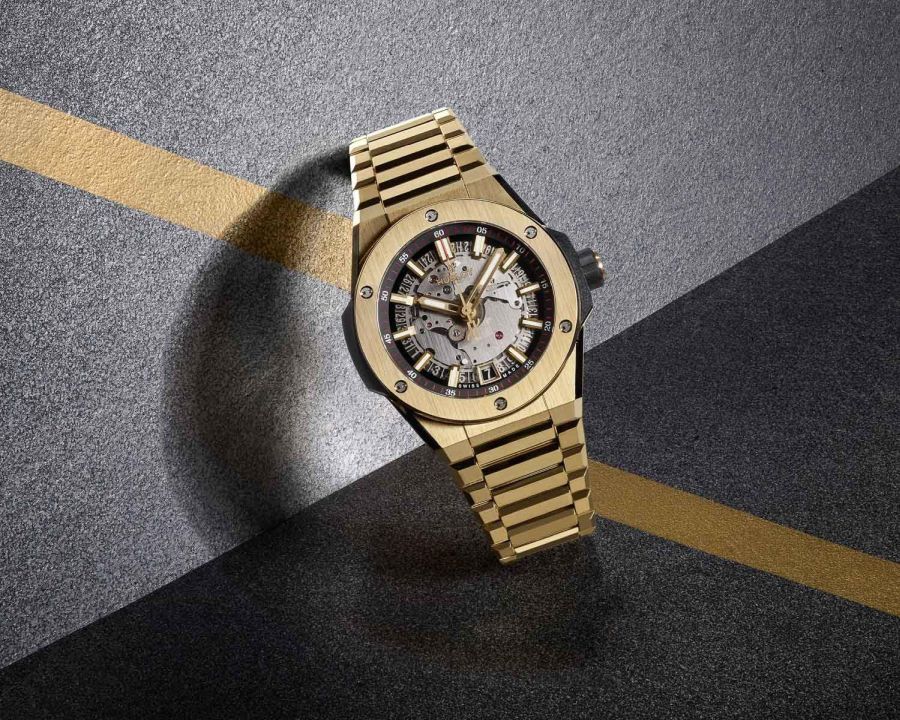 LVMH Week just started today, so watch releases are in full swing from the group. But first, Nomos beats Rolex, Koia raises US$140 million for fractional watch trading business, Kering sold Girard Perregaux and Ulysse Nardin to management. Then we have releases from Tag Heuer, Zenith and Hublot from LVMH Week, along with the best from H. Cie. Moser. These are the top 7 things in the world of watches this week; let’s get into it. 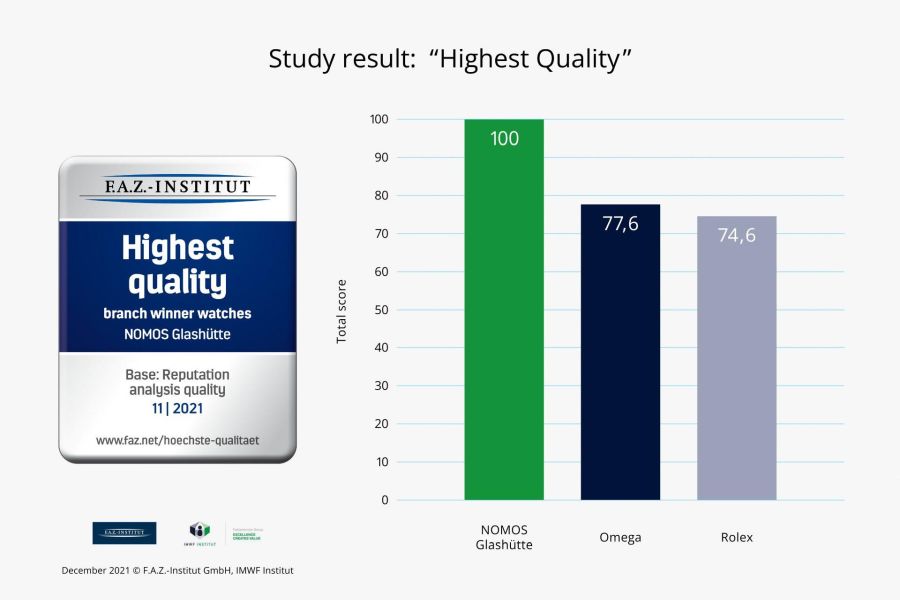 While you can often find comparisons on social media and forums that rank other brands above Rolex, a formal comparison is not easy to come by. This week, Nomos can lay claim to such a accolade. In a study by the IMWF Institute for Management & Economic Research, Germany based consulting orgnanisation, Nomos beat both Rolex and Omega in its scores. Granted, Nomos is a German brand so take that how you will, this was still a respectable result. The study was effectively crowd sourced, as it involved analysing 438 million online sources comprising of blogs, news sites, press releases and social media posts to assess how brands can improve. The various categories that brands were then scored on comprised of product & service, availability (not hard to see where Nomos came up tops), customer satisfaction, innovation and quality. Nomos scored a perfect 100 while Omega and Rolex scored 77.6 and 74.6 respectively. While this study was effectively a massive scale survey of sorts, it says a lot about how well the company has performed over the years.

Koia, where everyone can own Rolex or Patek

In the past half a decade or so, luxury watches, in particular Rolex and Patek Philippe have basically become investment grade alternative investments. Koia, a start-up company, has sought to treat watches, among other luxury items as actual investments, via fractional ownership. This allows investors to trade fractions of a Rolex model as they would a share of a company. While the company has yet to launch, it has just this week raised US$1.4 million, bringing it closer to realising its aims. From an investment point of view, this concept is interesting, and gives anyone interested the opportunity to treat these watches as they have become, assets. From a watch enthusiast’s point of view however, this sucks the joy of the hobby. The company states its mission as “allowing anyone to invests in assets they understand and are truly passionate about”, which is a statement that to me is very contradictory since there is or should be very little emotion in investing. In any case, the idea is a sound idea and seems set to do well, so if you are interested, do follow their progress from their website. 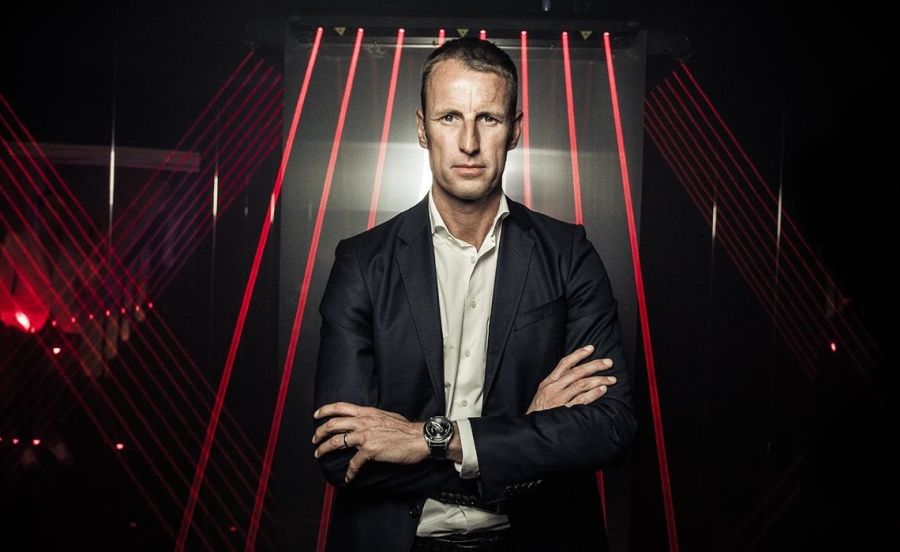 In breaking news this week, Kering, a French luxury goods group, has agreed to sell the entirety of Sowing Group SA to Sowind’s management. While Sowind may not sound familiar, two of the brands that it owns Girard Perregaux (GP) and Ulysse Nardin (UN) definitely are. While leaving the safety of a conglomerate is always a risk, when it comes to watches and art, doing so often allows for greater creativity and renewed focus on the brand value. GP and UN’s CEO, Patrick Pruniaux seemed to agree, though he has also indicated that Kering has laid the foundation for the two brands’ continued success. It will be interesting to see where these two brands go from here, now that they are on their own. 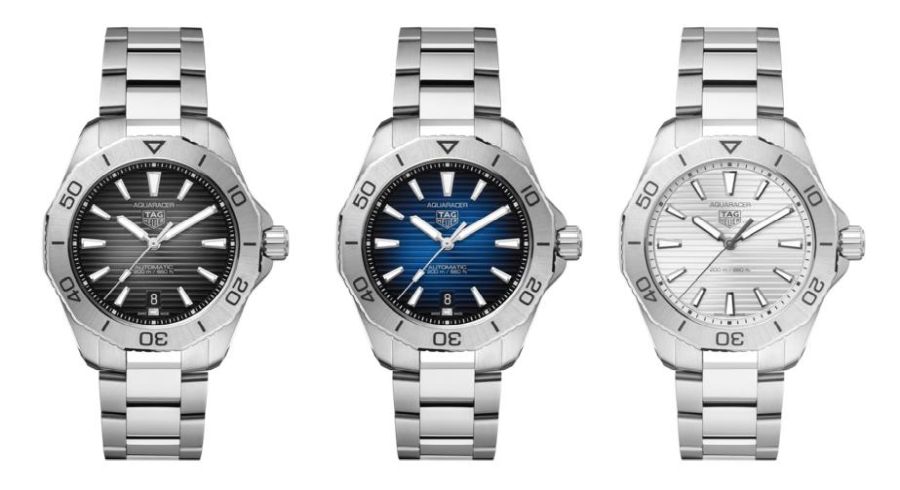 Following the cool new Autavias last week, Tag Heuer has now released a whole series of new Aquaracers. The way for a differentiated Aquaracer aesthetic had been set last year with the 43mm and 36mm Professional 300 iterations that also saw the date shifted to 6 o’clock and these new versions continue that evolution. Like those models, these also feature the date at 6 o’clock, but has wisely ditched the magnifying cyclops. They also feature stainless steel bezels in place of the usual ceramic bezels, something that has been done before but not at this scale by the brand. The watch is also slimmed down in case dimensions to 40mm, where previously it had options in 43 and 41mm, and the water resistance rating reduced from 300m to 200m. The octagonal indices on the Professional 300 have been swapped out for trapezoid ones, something that to me works better with this overall aesthetic. This 40mm line has three dial options to choose from, a smoked black, smoked blue and a silver dial all featuring engraved horizontal lines. From pictures, they certainly look good. The black and blue dial options are powered by the automatic Calibre 5 while the silver houses a quartz movement. There is also a smaller sized series, in 30mm, with similar design configurations. Overall, I think these are really good looking watches. Tag Heuer has really been knocking it out of the park with their recent releases that capitalise on the rich history that the brand has. 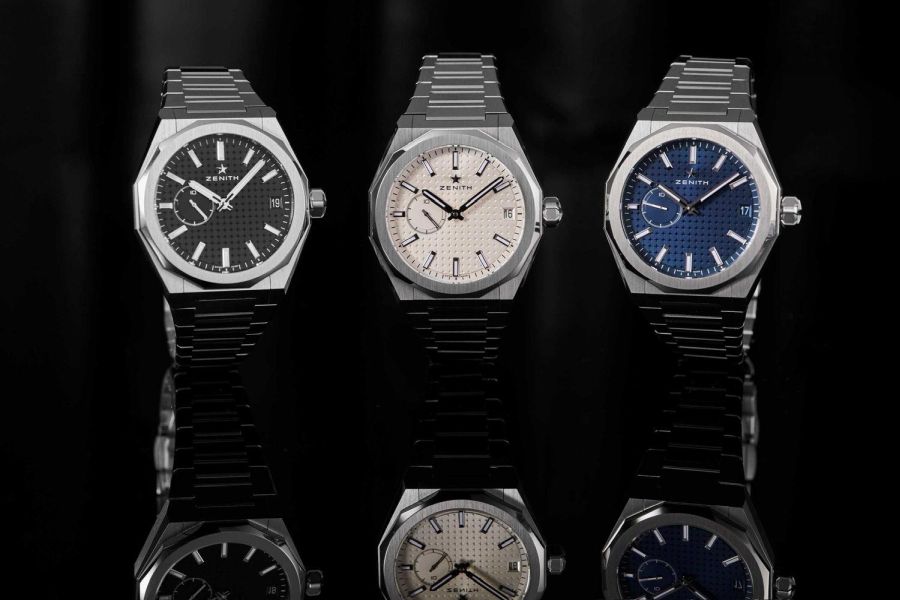 Zenith may have started of this year’s Defy releases with a quirky looking Revival series last week, but this week, it dropped its new masterpieces, the Defy Skyline. This new series feature time only watches, but with a twist. A twist that takes the brand’s prowess in developing 5Hz chronographs, and adapting them for these new releases. The result? A small seconds hands at 9 o’clock that tracks 10 seconds with each revolution, instead of the conventional 60 seconds. The dials also carry additional visual distinctions with their four pointed start motif, something that the brand states is based on its double Z logo from the 1970s. There are three dial colours to choose from, black, blue and a eggshell cream, which is the most interesting in my opinion. The watches feature 41mm cases with integrated bracelets, which is the same as the time only watches from previous models in the Defy line. Where these defers, is in the bezel, with these new versions carrying 12 sided bezels that line up with each of the indices. This bezel is inspired by the 14 sided bezels of the original Defy series from 1969. Overall, these are releases that are worth getting excited about since they are good looking, and carry proper watchmaking innovations inside. At US$8,400, off which you’ll probably be able to get a decent discount, these are fair value propositions given all that is packed into it and coupled with the fact that they all come with quick change bracelets and an additional rubber strap. 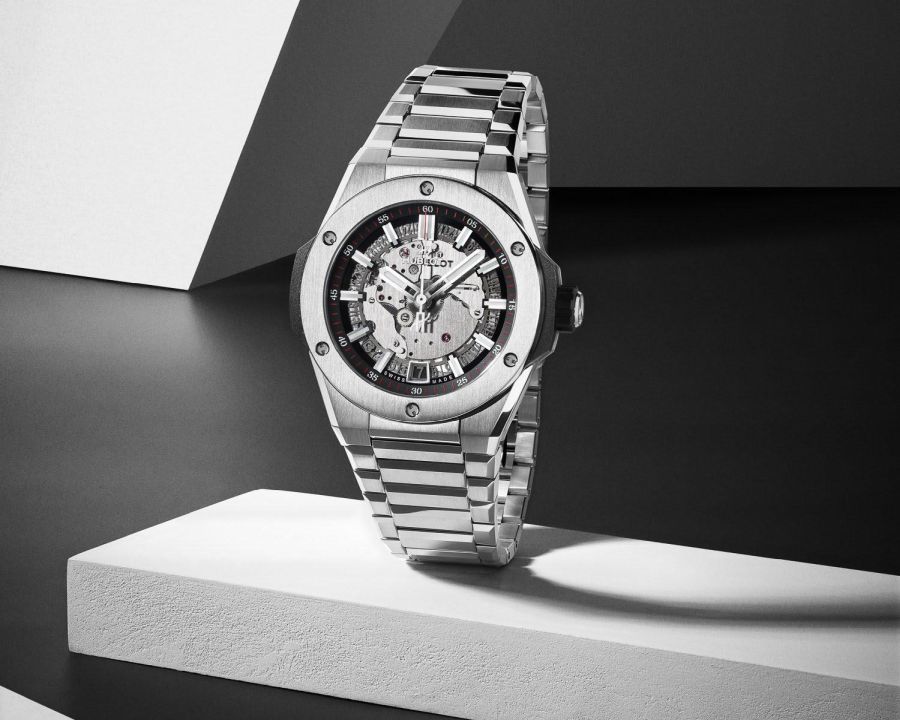 Hublot made its name going against the conventional grain and releasing luxury watches on rubber straps. It was no surprise that it was only two years ago that the brand released its first integrated bracelets, in its Big Bang series. This week, the brand added to that, with three new releases that not only feature integrated bracelets, but also bucks the Big Bang trend of being larger (42mm and above) and being chronographs. These new releases are 40mm time only iterations, that feature really good looking openworked dials that also allow you to see the date wheel. As has become the norm for the brand, none of the releases are in steel, rather we have a titanium, a ceramic and a yellow gold version. They are all pricey, though in line with all other Hublots, at US$17,800 for the titanium, S$19,900 for the ceramic and US$49,400 for the yellow gold option. Given the current craze for integrated sports watches, these will no doubt be a hit, especially if they prove to be a bit more available than their Royal Oak counterparts. Now if only I had US$50,000 to spare. 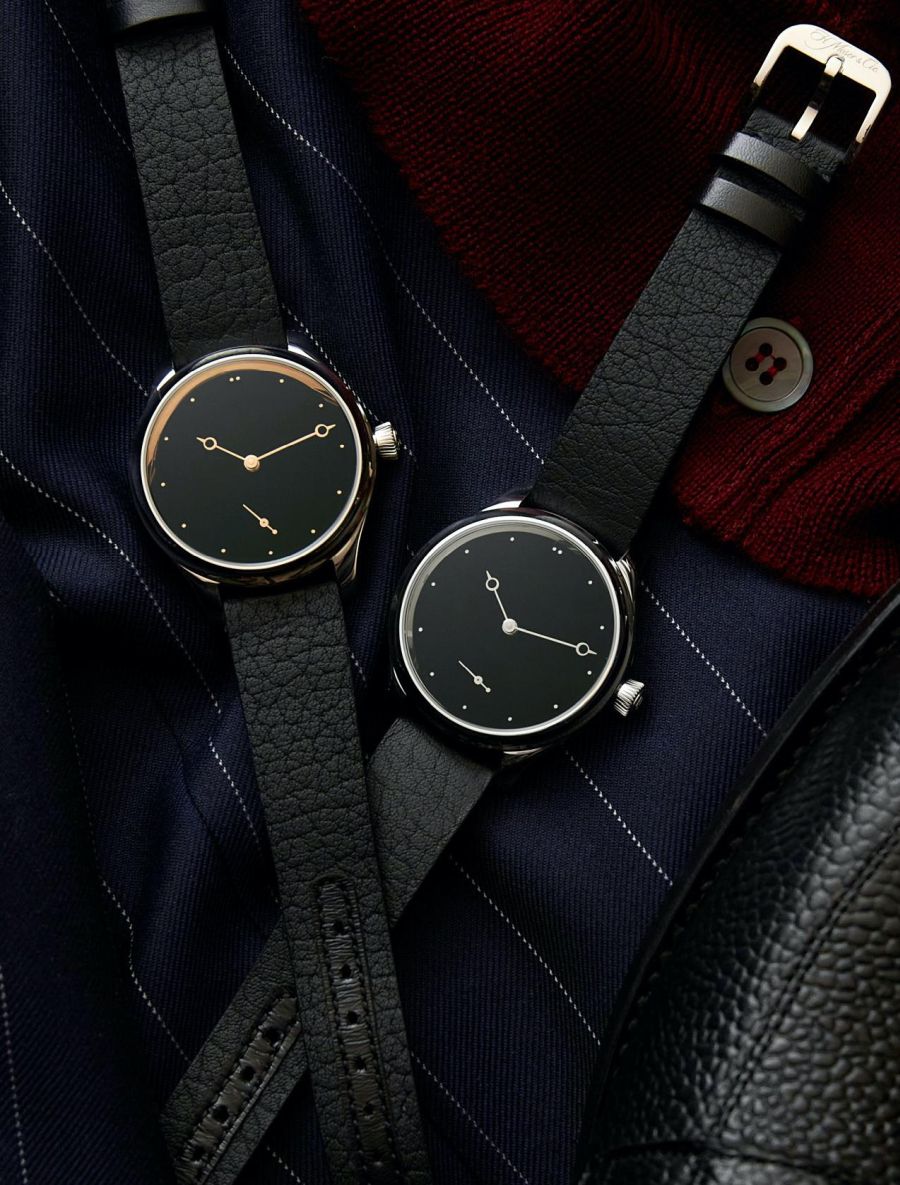 H. Cie Moser this week released a pair of watches that I am declaring the best looking releases from the brand so far, in my humble opinion of course. Released in collaboration with The Armoury, the watches are dubbed Total Eclipse because of the use of Vantablack, a material so black it rivals the heart of the devil (it absorbs 99.965% of light). Both watches feature small dot indices that carries on the eclipse theme, as does the slim Breguet hands and absence of a seconds track around the small seconds hand. Crucially, and this is what makes these releases the best for me, they both come in 38mm, which is a the top end of what I personally feel works best for dress watches. Both watches come in steel, with one also featuring steel hands and chapter ring, while the other coming with rose gold hands, indices and chapter ring. Interestingly, both cost the same US$25,900 and are limited to 28 pieces each. Do act quickly if you want one because that is extremely limited. 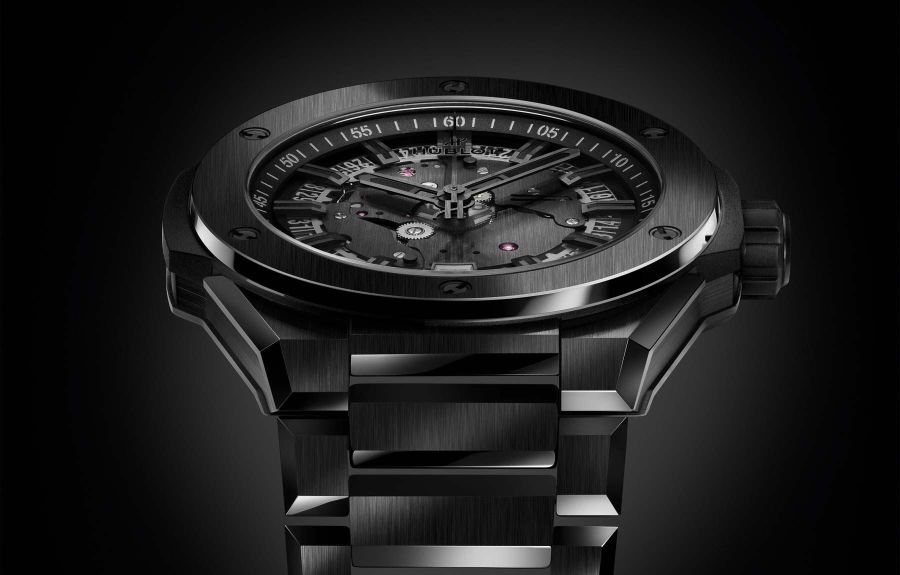