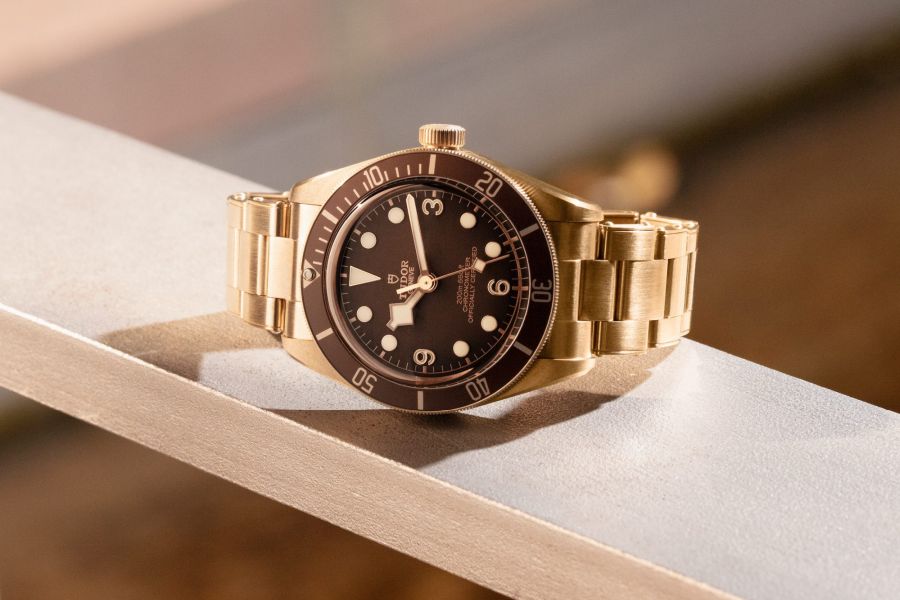 As the year comes to a close, instead of just looking at the past week, it felt apt that we take a look at the remarkable year that we have had, at least in the watch world. From Chronext going public, to eBay’s push into watches, the secondary market has been red hot this year. Not to be left behind, we have had amazing financial growth in watch conglomerates. We’ve also had Patek Philippe and Audemars Piguet discontinuing their most popular watches, as well a fantastic releases by Ming, Kurono, Tudor, and Grand Seiko. These are the top 7 things in the world of watches this year; let’s get into it. 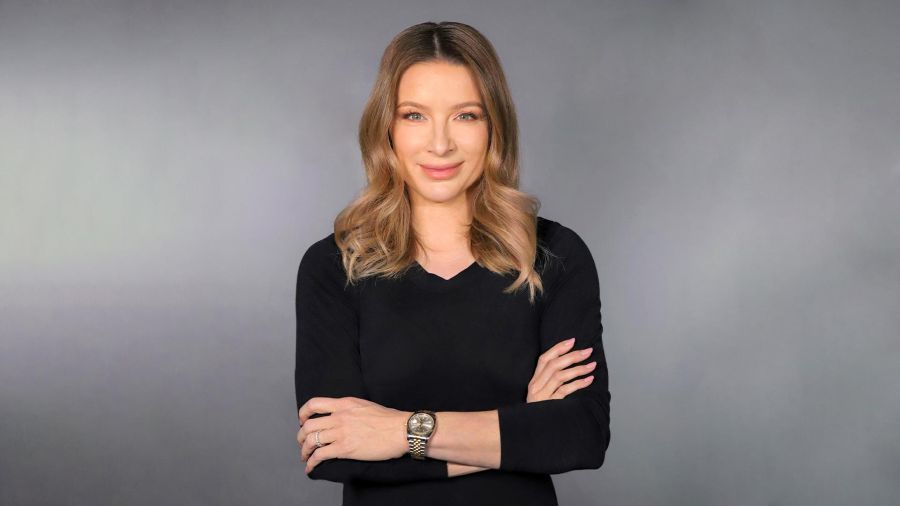 With the used watch market becoming exponentially hotter in the past year, various watch markets have also recorded really strong performances. One of those companies is Chronext. This year, Chronext made multiple strategic additions to its board of directors, padding it with talent from multiple companies in various industries, particularly the tech and luxury fashion spheres. It had even set an offer period that was supposed to commence at the end of September that carried a valuation ranging from CHF 152 million to 702 million. Unfortunately, its IPO had to be postponed. However, the company has not slowed down, just recently adding Slavka Jancikova to its board of directors. Slavka Jancikova has an extensive range of brands under her belt including the likes of Addidas, Nike, and Saatchi Saatchi. It would certainly be interesting to see the results of Chronext eventual IPO in 2022. 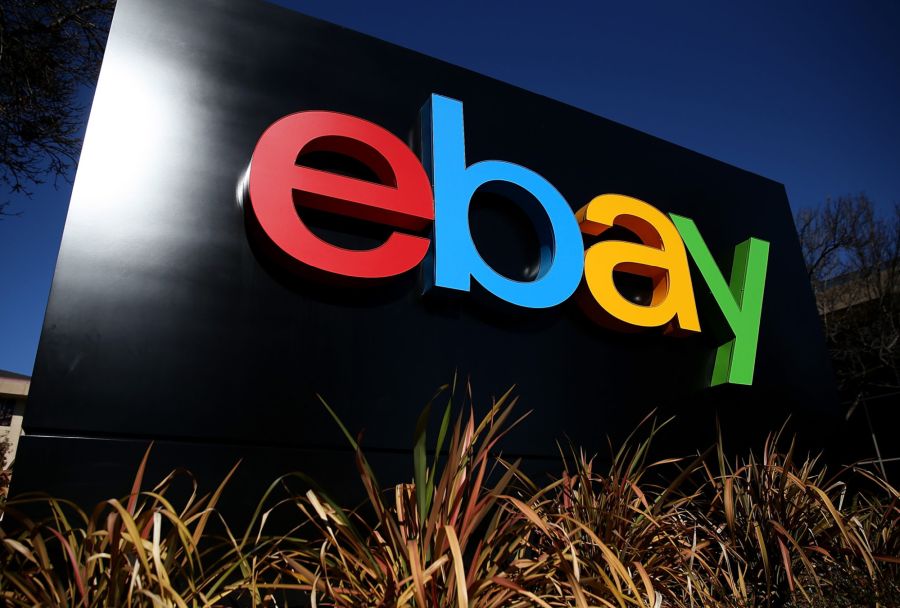 This year, eBay has also made a strong push into the realm of luxury watches. Arguably the biggest marketplace in the world, eBay has had luxury watch transactions but they always came with a large dollop of skepticism over the trustworthiness of the deal. However, that all changed when Head of Luxury Tirath Kamdar launched the company’s authenticity program for watch transactions above US$2,000 in the US last year. Since then, the company has pushed on to expand this program to multiple other countries and cities, including Japan and the UK. The program has also led to a sharp increase in watch demand on the platform (at least based on searches on the site). With a clear focus on becoming a major player in this space and the vast amount of resources at its disposal, the sky is the limit for the company as far as the secondary watch market goes.

Watch brands shrug off the pandemic 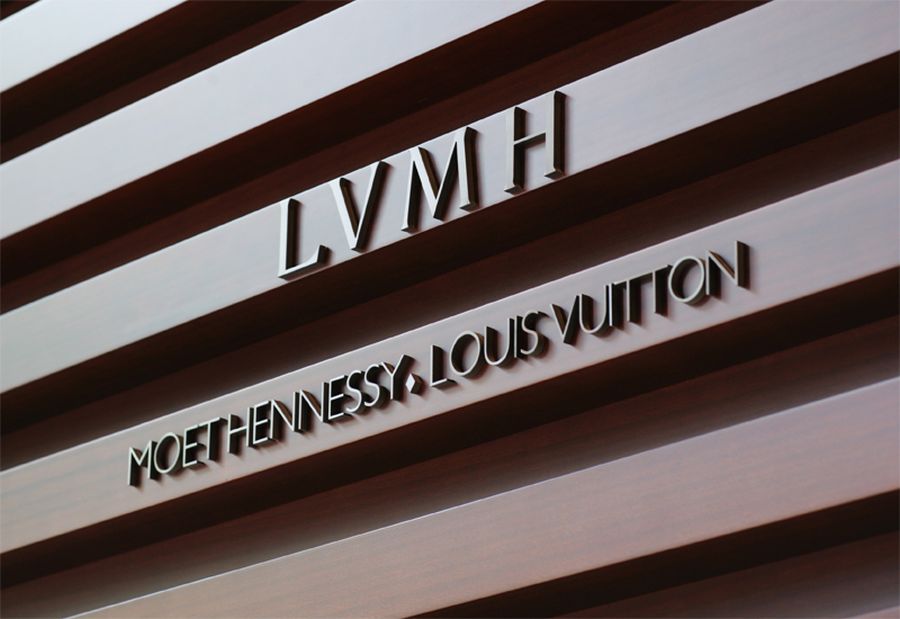 This year, it has not just been the secondary watch market that has had outstanding growth. Watch conglomerates like Watches of Switzerland, LVMH and Richemont have posted full-year and half-year results that have exceeded not just the first pandemic year, but even 2019’s pre-pandemic performances. The improved financial results were not nominal too, registering more than 50% increases in revenue. These results are reassuring given that the world is still in a lot of uncertainty with new variants emerging and travel bubbles being put on hold in various places. I for one would be interested in how these companies perform in the coming year, and whether such results are sustainable with everything that is going on. 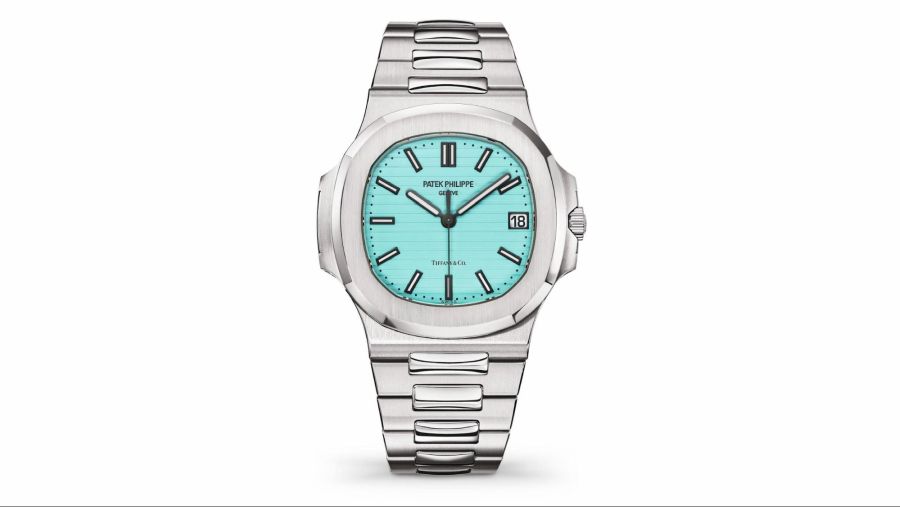 This year, two of the Holy Trinity of watches decided to discontinue their hottest models for, well, reasons. Patek Philippe cited its desire to not allow the brand to become synonymous with just one watch and therefore opted to discontinue its steel 5711 Nautilus. However, it then turned around and released two more “farewell” iterations of the watch, one with an olive green dial, and the other with a Tiffany blue dial. The latter was an odd choice in my opinion and overall felt a tad gimmicky especially with the auction piece. That being said, assuming the brand sticks to its word and intent, I can respect its discontinuation of the model, though it sort of lives on still in other versions with complications. Audemars Piguet on the other hand announced that it was discontinuing its Royal Oak 15202 model. To me, this felt like even more of an odd choice, given that the brand has become synonymous with the Royal Oak line. And while the 15202 is probably the hardest of the range to obtain, it is not likely to be the most sought after Royal Oak, which would probably be the 15500 (15400 before that). The timing of its announcement was also somewhat convenient, given that it came shortly after Patek’s discontinuation of the Nautilus was leaked. In any case, we will have to wait and see what these two brands decide to do going forward. I can’t help but wonder whether these discontinuations will be more in form alone. 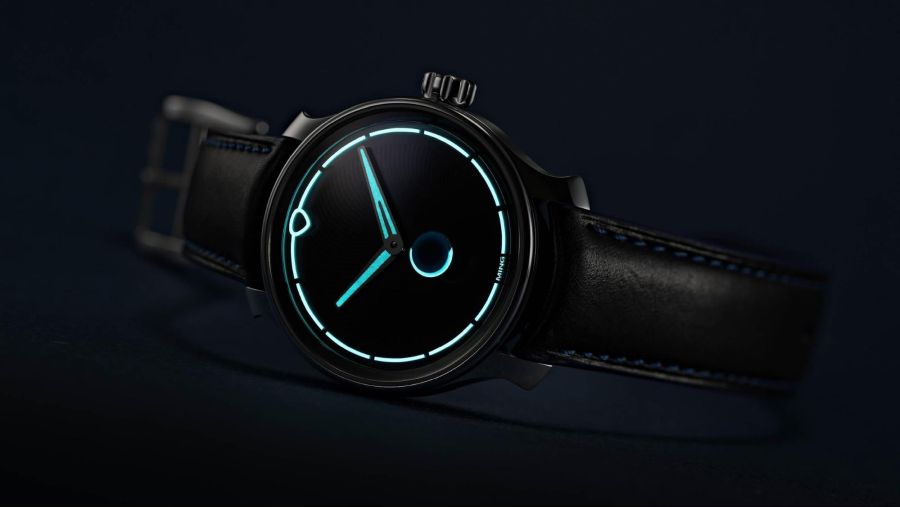 This year has been an especially good year for microbrands Ming and Kurono Tokyo. In fact, perhaps, the term microbrand does not apply to them anymore. Independent would probably be the better classification. Both brands released more watches than they had before (Ming 7 & Kurono 4), all of which were for the most part met with a lot of enthusiasm and sold out almost immediately at launch. Sure, both may have faced some criticisms and negative feedback over certain social media and launch missteps, but that does not detract from the great year that they are having. Ming in particular continues to push the boundaries of what it can do, with different intricate dial designs, and experimenting with new movements or complications. Its recent moon phase release deserves special mention. While Kurono stuck with more tried and tested releases that came with mere dial color changes, in my view, that is fine for now given that it can still only produce a very limited quantity of watches in a year. The execution of those watches though have been beyond reproach, or so I have heard, which is what matters after all. 2022 will certainly be an exciting year for both brands. 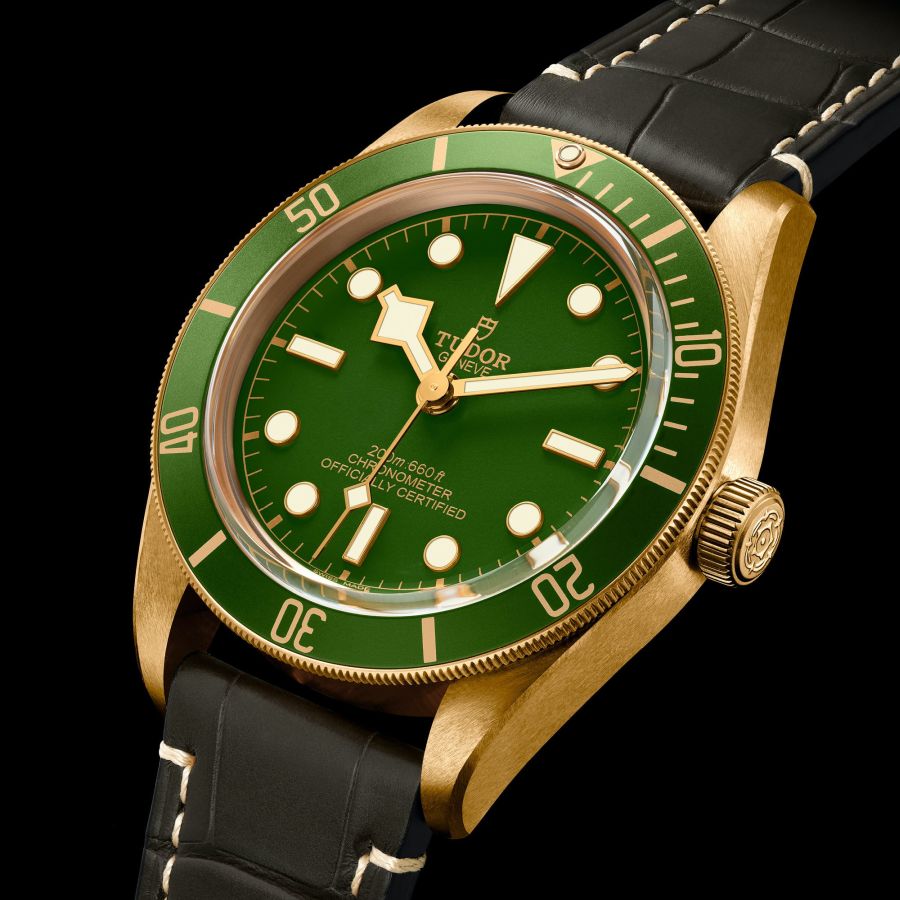 After a year where it only released one steel Black Bay 58 and its Royal collection, if you told me in January that Tudor would release 3 new materials and 3 new Black Bay 58s, I would have said you were out of your mind. But here we are, with Black Bay 58s in 18k gold, 925 silver as well as bronze with a bracelet. We also got a blacked-out ceramic regular Black Bay that features the exciting METAS movement (exciting at least for Tudor), and a new titanium Pelagos in collaboration with the Marine Nationale Commando Hubert. Tudor is my favorite brand, and to me, this year was a fantastic year for the brand because it showed that it was willing to branch out and try new things, even despite the backlash that the P01 brought two years ago. My hope is that the flurry of releases this year was not just backlog from 2020 and that we continue to see the brand experiment with new directions in 2022. 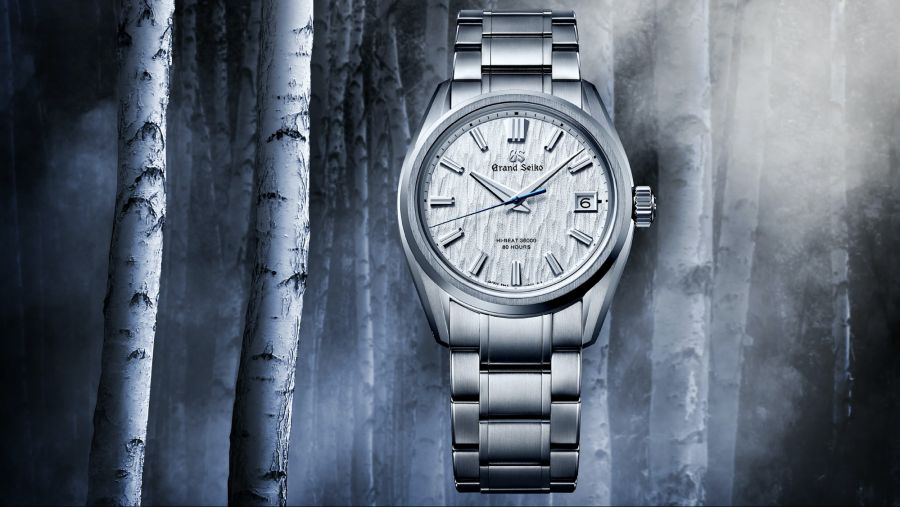 Finally, Grand Seiko. I would be remiss if I rounded up the year without mentioning the brand, and it has had a stellar year. 2020 was the brand’s 60th anniversary, which unfortunately also pigeon-holed the majority of its releases into blue dial releases that the brand had to stretch to tie to different nature themes. With no such restrictions this year, the brand has had a truly diverse range of releases as it continues to establish its brand presence around the world. Of special note are the SLGH005 White Birch and SLGA007 Lake Suwa which pairs the brand’s latest and greatest Hi-Beat and Spring Drive movements with what the brand is truly exceptional at, interesting textured dials. And while many will complain of the price increases that come along with these pieces, they are price increases that are in my opinion, justified, given the amount of development that has gone into them. However, the brand has not left its more affordable roots behind, with releases like the Four Seasons GMT models being priced at almost half the prices of the White Birch and Lake Suwa. In other words, there is something for everyone, if you are interested in a luxury watch. To its credit, it has also cut down on the limited editions it has done, which bordered on gimmicky last year. When it has done limited editions, they have been usually because the materials used (platinum for e.g.) warrant exorbitant prices or they were targeted at specific regions in the world, like USA or UK. Overall, the brand has had a fantastic year of releases that makes me excited for what’s in store for 2022. 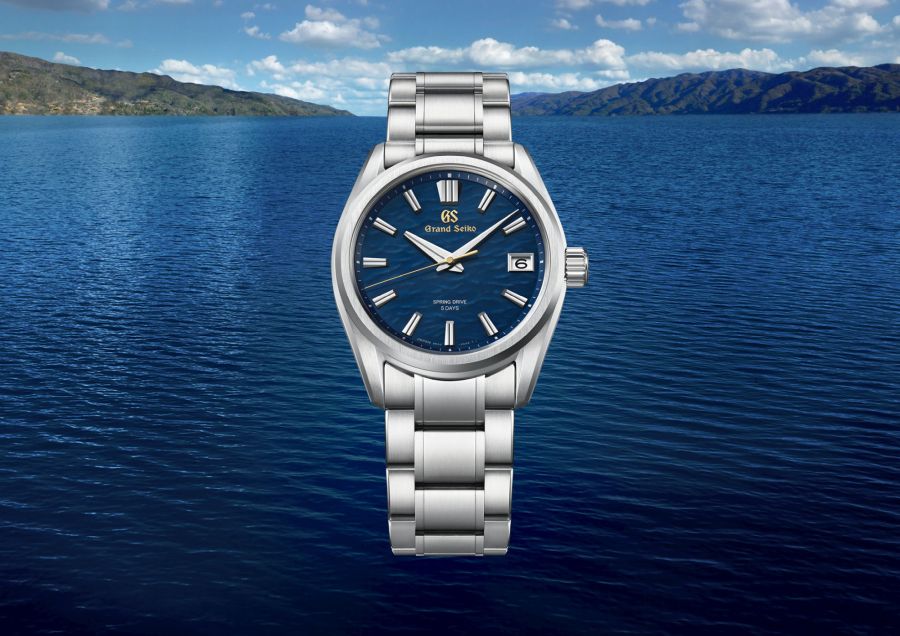 So that is it for this year. It has been a tremendously packed year and but also a ton of fun. I hope that it was the same for all of you. Do let me know in the comments what your top 7 things this year have been. And as always, get in on all the action on the Scottish Watches website, YouTube Channels (Scottish Watches as well as Scottish Watches Live) and of course, the podcasts on your podcaster of choice. Till next time, take care everyone, and Happy New Year!