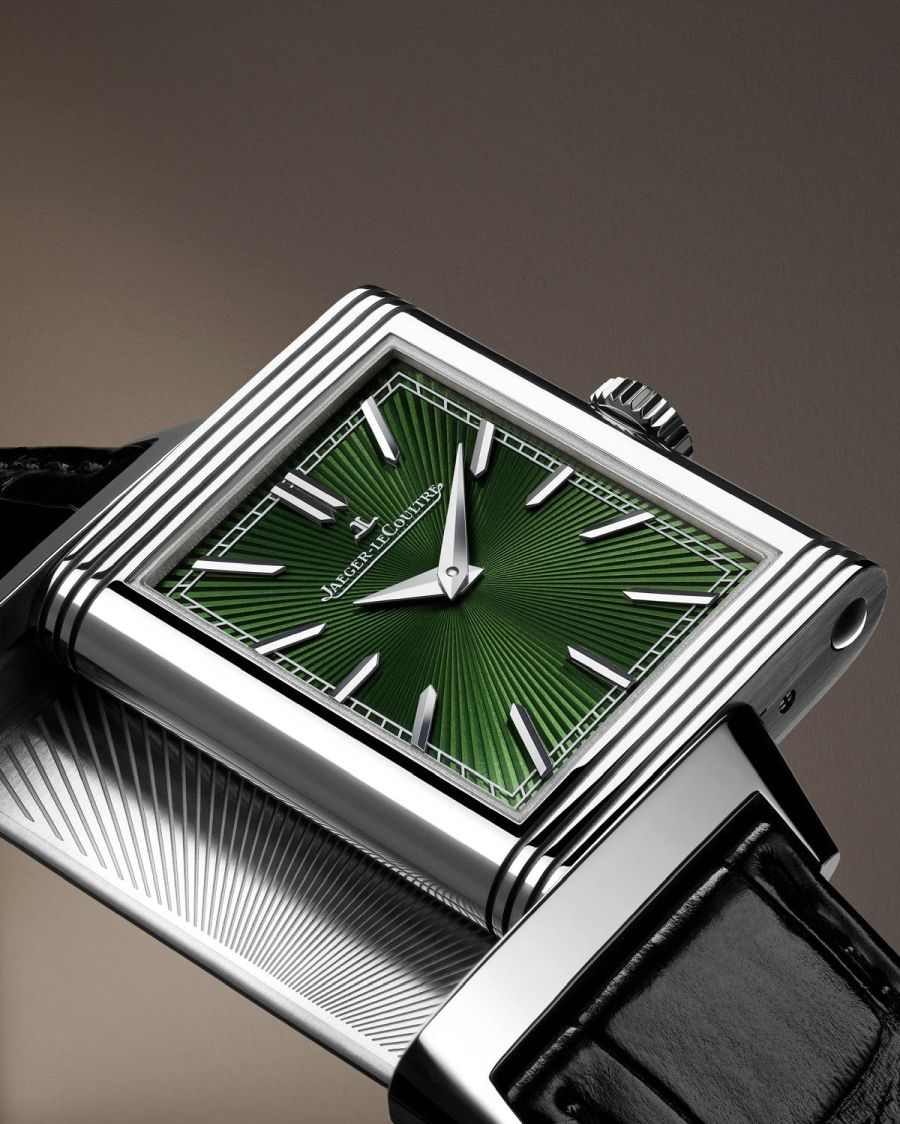 This week has been rather eventful. We have had the cancellation of Baselworld, again, stellar performances from Richemont and Watches of Switzerland, as well as wonderful releases from Jaeger Le Coultre, Grand Seiko and Tudor. These are the top 7 things in the world of watches; let’s get into it. 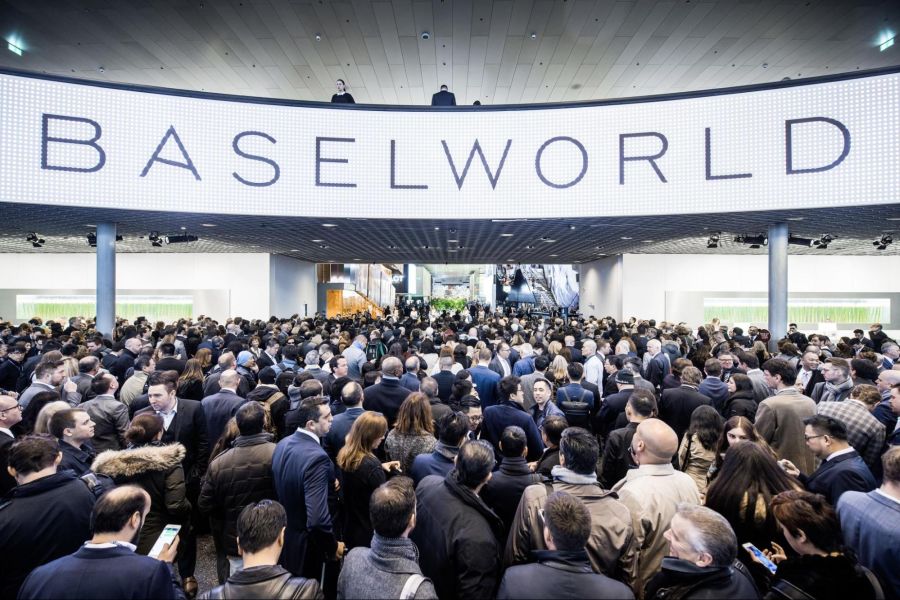 This week, the fate of Baselworld changed, again. It has been a real rollercoaster ride as far as this once preeminent event goes. It plunged from being the watch show to go to, to losing virtually all the big watch brands. Then it received a lifeline from James Murdoch’s Luca Systems and announced a completely revamped format and brand list for the show scheduled in 2022. However, now that 2022 show has been cancelled, with MCH Group citing the need for more time to analyse the market “for this kind of platform that brings medium-sized and specialised manufacturers together with independent retailers.” At the same time, managing director, Michel Loris-Melikoff has also opted to leave his role. This must surely be a blow to the group and the show given that it was already teetering on the edge of irrelevance before it received the lifesaving capital injection from Luca Systems. The fact that the show’s managing director is leaving is also a telling sign, and perhaps signals a lack of confidence in the new conceived format for 2022. One has to wonder if this spells the final nail in the Baselworld coffin, this time for good. 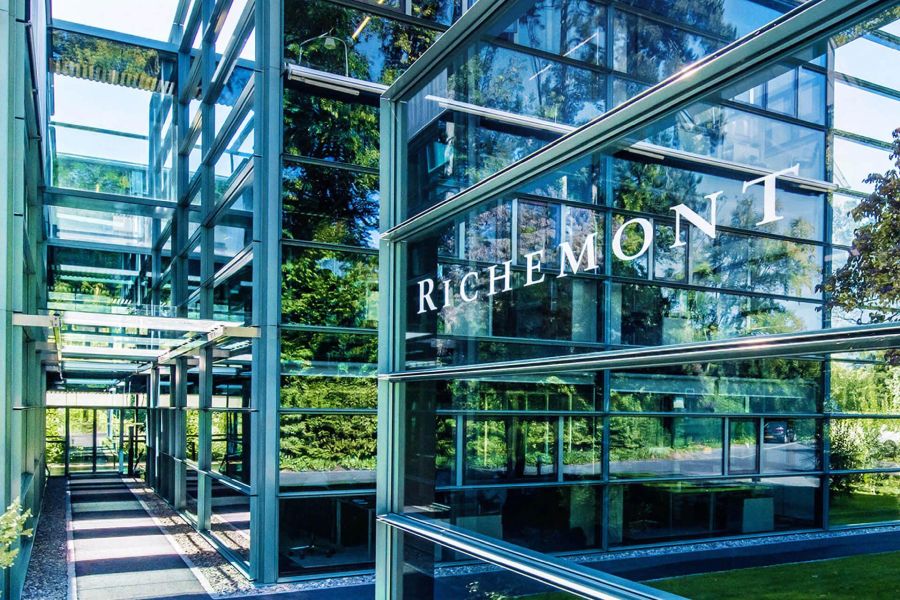 Richemont had as good a start as a watch group could ask for in the first quarter of its financial year, having exceeded 2019’s sales figures. This week, it continued that trend with its first half-year ended 30 September 2021 financial results posting sales growth by 63%, compared to 2020. In fact, its EUR 8,407 million revenue was an increase over 2019 sales figures as well by a very healthy 20%. What is particularly outstanding though, it’s the increase in the group’s operating profit. It has soared 331% compared to 2020 and 67% even when compared to 2019. This is The group would also be pleased to note that sales have shot up evenly across both its jewelry and watchmaking sectors, with a 67% and 74% increase respectively. It’ll be interesting to see if this performance can be sustained over the rest of year, and the effect that gradually loosening travel restrictions will have on sales. 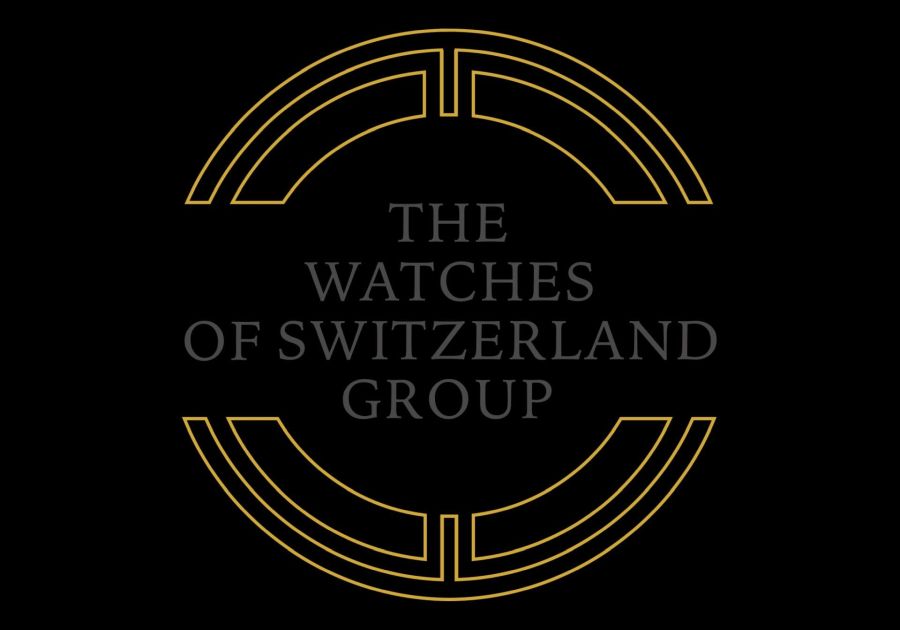 Richemont was not the only watch group having a good week. Watches of Switzerland also just reported its half year financial results ending 31 October 2021. While it did not have as big a jump as Richemont, it still reported a significant jump in sales revenue by 44.6% as compared to the same period in 2020. Crucially for the group, it has achieved several important things in this latest results. Firstly, it seems to have reduced its reliance on the major waitlisted brands like Rolex, Audemars Piguet and Patek Philippe. This is important since the revenue and profit from those brands will likely be relatively fixed year on year. Secondly, despite indications that e-commerce has slowed with the general opening up of USA and UK during this period, the group has reduced its reliance on tourist revenue, which it describes to be negligible. This gives greater assurance that Watches of Switzerland can sustain its growth even if global travel does not significantly pick up in the coming months. 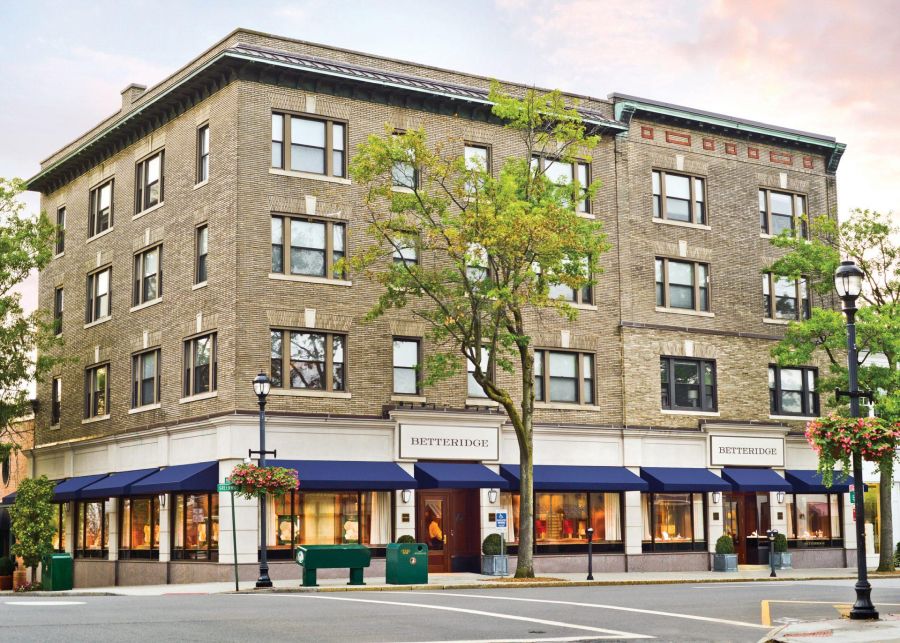 Watches of Switzerland accompanied its stellar financial results announcements with news on several of its latest acquisitions. It has acquired two diametrically opposite businesses that allows the group to have a diverse reach. Firstly, it acquired Betteridge Jewelers, one of USA’s oldest, most prestigious jewellers. Its owner, Terry Betteridge, is highly respected both within watch circles and without. At the same time, the group has also acquired Timeless Luxury, that is a far younger, more modern business, that primarily operates online, though it has a showroom near Houston. Finally, Watches of Switzerland also acquired a boutique from Ben Bridge. This slew of acquisitions allows the group to expand its reach to an even wider array of clientele, and further entrench its market position in USA. 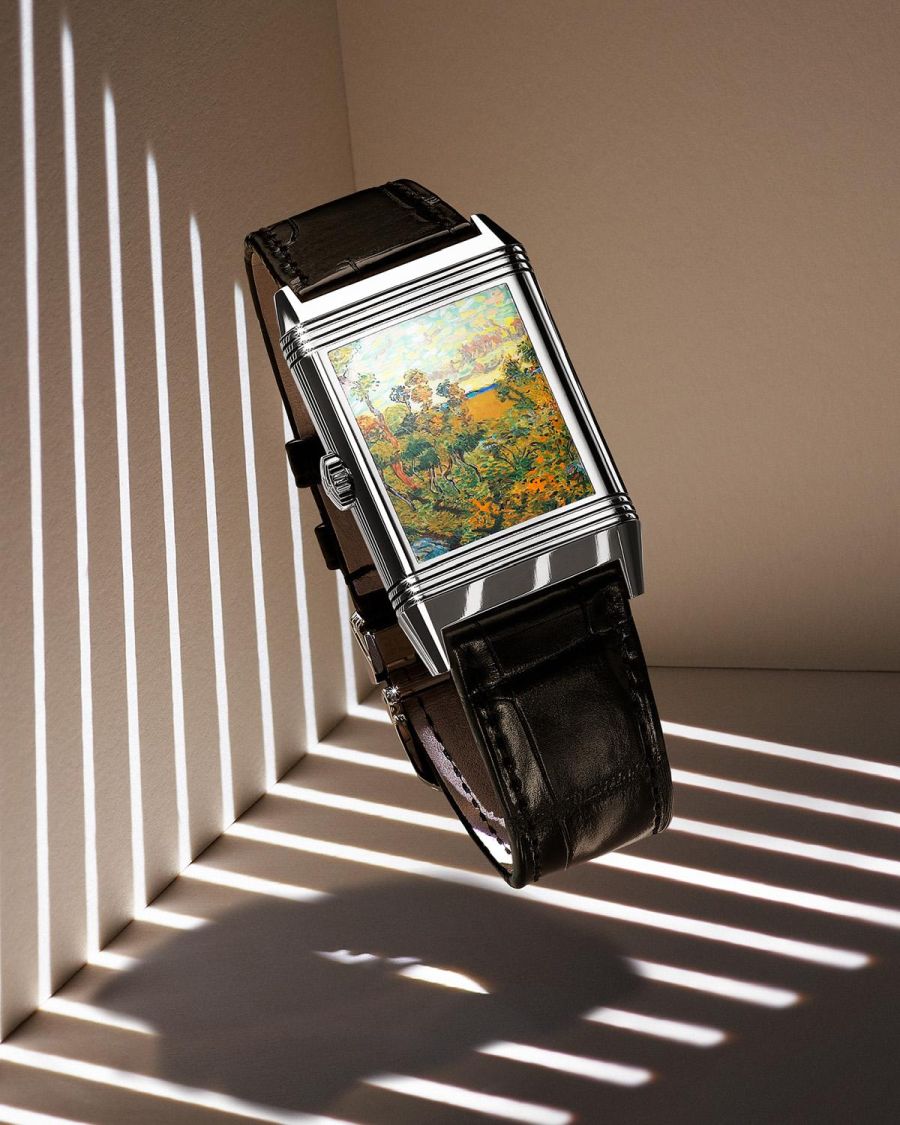 This is year is the 90thAnniversary of the Reverso and the brand has launched a whole range of tribute pieces thus far in the year. This week, there a several additions, in the haute horology range of Reverso iterations with 3 new variants featuring spectacular dials. All 6 dials on these three models are Grand Feu Enamel dials, that act as the canvas for the brand to show off either its miniature painting prowess or the immense ability to produce guilloche patterns. While the front facing dials that feature a vertical zig zag motif, a sunray pattern and a diamond motif look amazing, at least in the photos, it is the miniature painting on the reverse dials that steal the show. Miniature painting in particular, is a skill that is unique to JLC at least as far as in-house production goes. The three art works replicate paintings by Gustave Courbet (View of Lake Leman), Vincent Van Gogh (Sunset at Montmajour) and Gustav Klimt (Portrait of a Lady). These pieces look beautiful in photos though I am certain that only a fraction of its beauty can be appreciated through images. On a side note though, I have to say that I cannot help but feel at first glance, that these Reversos in some sense resemble a smartwatch. That aside, these are fantastic looking watches that I would really love to check out in the metal. 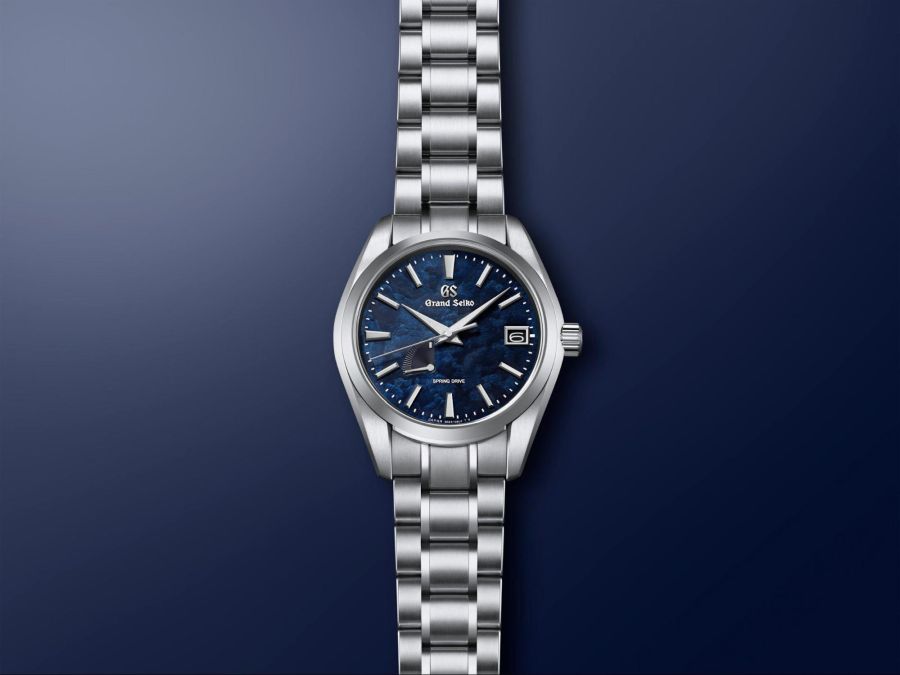 This week, Grand Seiko released a new watch to bring greater attention to its online boutique (that is available in USA). While the watch is mostly a mix and match of some of the brand’s greatest hits, what is new is the dial colour chosen, which is a shade of indigo blue, a feat that is more remarkable given how many blue dials Grand Seiko has. From pictures, the blue seems to play with light beautifully, though that may be in part because of “rock pattern” dial that has also been featured on the Spring and Winter USA Seasons watches from two years ago. Full kudos to the brand for not resorting to its usual nature inspired rhetoric, opting instead to tie this shade of blue to the a dye that was heavily featured on samurai armour. I for one can get behind more samurai inspired dials. The movement powering the watch is the brand’s trusty 9R65 Spring Drive movement, which sits in a 41mm x 12.5mm x 49mm case that features all the usual Zaratsu polishing that you would expect from Grand Seiko. Overall, it is another good looking watch from Grand Seiko that is reasonably priced at US$5,000. It would be interesting though, to see how well the brand’s online boutique fares, given that purchasing a Grand Seiko at stores typically brings a 20% or so discount. 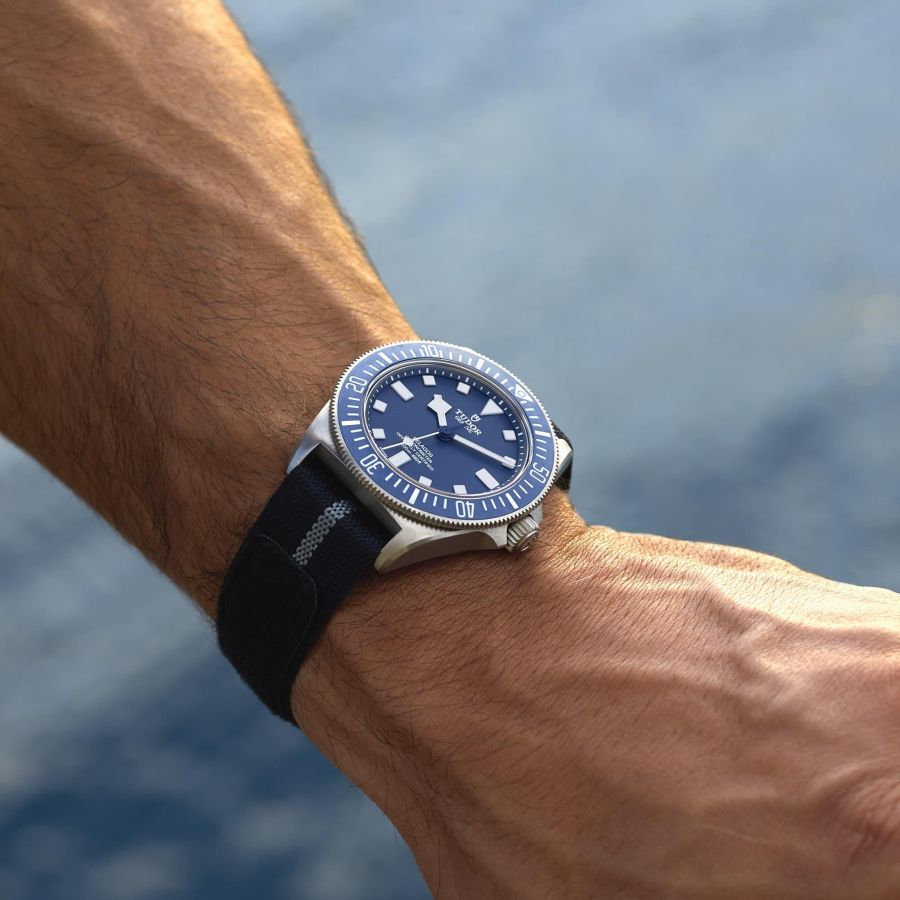 Tudor finally released its Marine Nationale collaboration piece. Earlier this year in May, Tudor announced its re-partnership with the Marine Nationale. Since then, fans have been eagerly waiting for the inevitable release of the collaborative watch to mark the partnership. Well, the wait is over, and the watch, thankfully is not a Black Bay. Instead what we have is a Pelagos that has been significantly redesigned. While the case still maintains its 42mm width, its lug-to-lug length is now 52mm, that may have something to do with the fixed lug design, that allows only for single piece straps to be used. The watch comes with a rubber as well as a Velcro single pass strap. The case is also now significantly thinner, at 12.75mm from the regular 14.3mm though that comes with the trade-off of 300m less water resistance and the lack of a helium valve. The bezel though, is what will immediately jump out as different being a fully graduated bezel that counts up instead of the usual countdown that is found on most dive bezels.  Unsurprisingly, the dial and bezel come in blue, though a deeper shade that on the regular blue Pelagos, which I personally find quite appealing, even if you have to see the hands-on photos instead of the press photos to appreciate. What is even more appealing though, is that this watch was not just designed to be a Marine Nationale watch in name. Instead it was designed in conjunction with the Marine Nationale’s combat swimmers, the Commando Hubert. For example, the different bezel was a result of the Commando Hubert needing to use the watch for underwater navigation. Likewise, all the changes in functionality such as the removal of the helium valve or reduction in water resistance were also opted for with their input. Say what you will about whether this watch fits into what you want from it aesthetically, but I personally can find no fault with it since it was made to suit the functionality that the actual users it was designed for wanted. That’s more than can be said about many collaboration pieces. 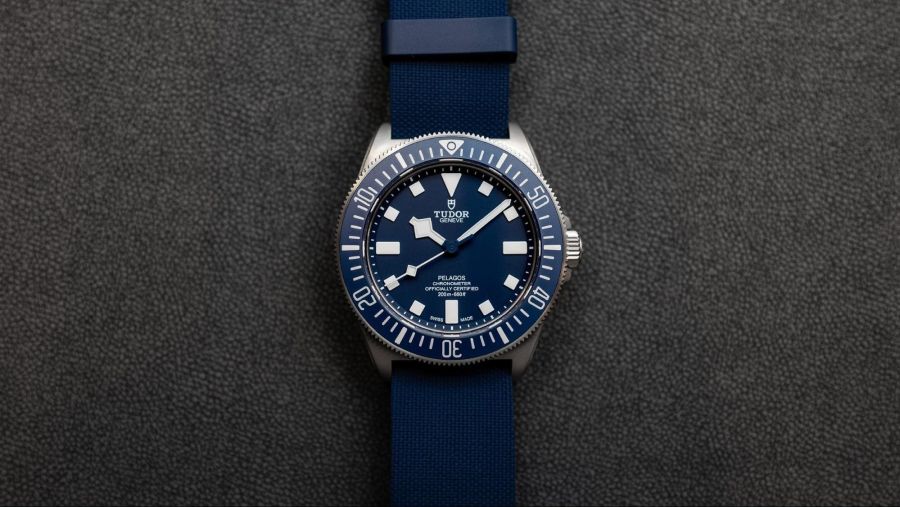 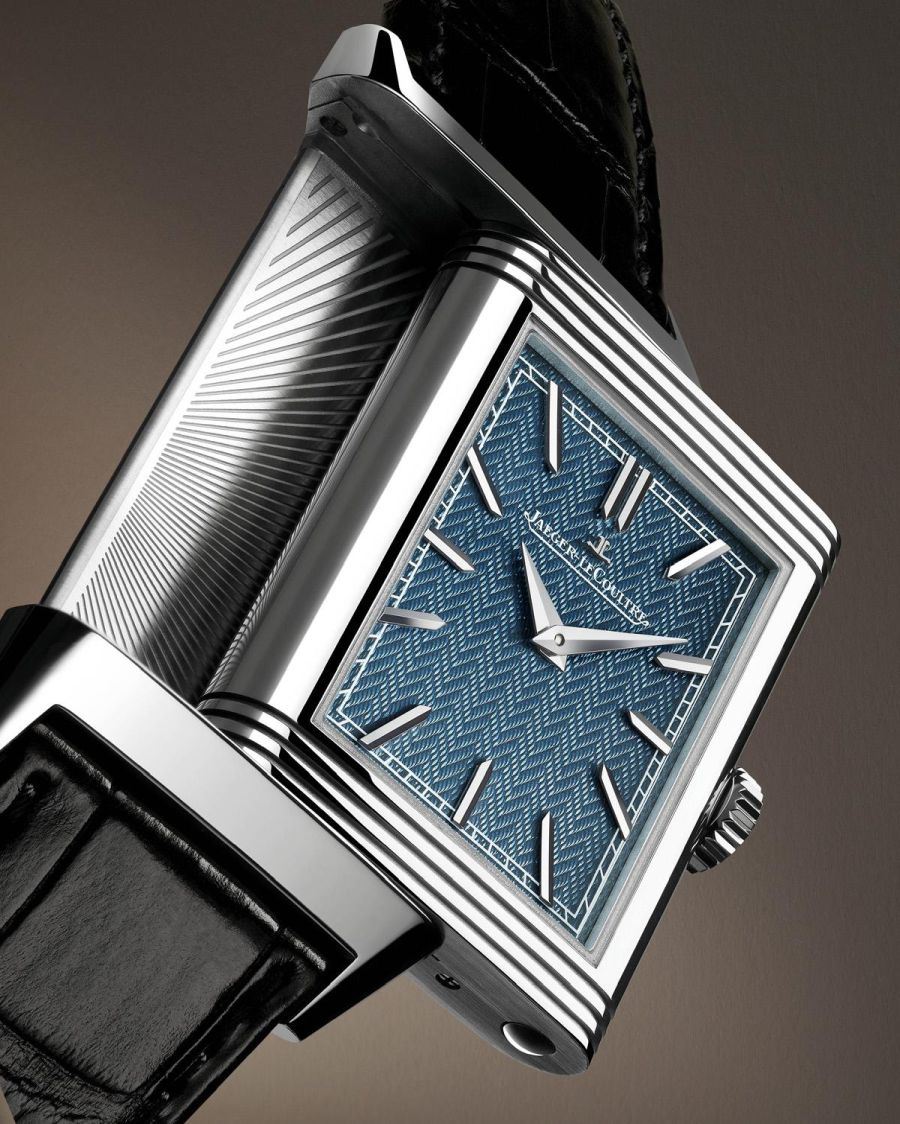 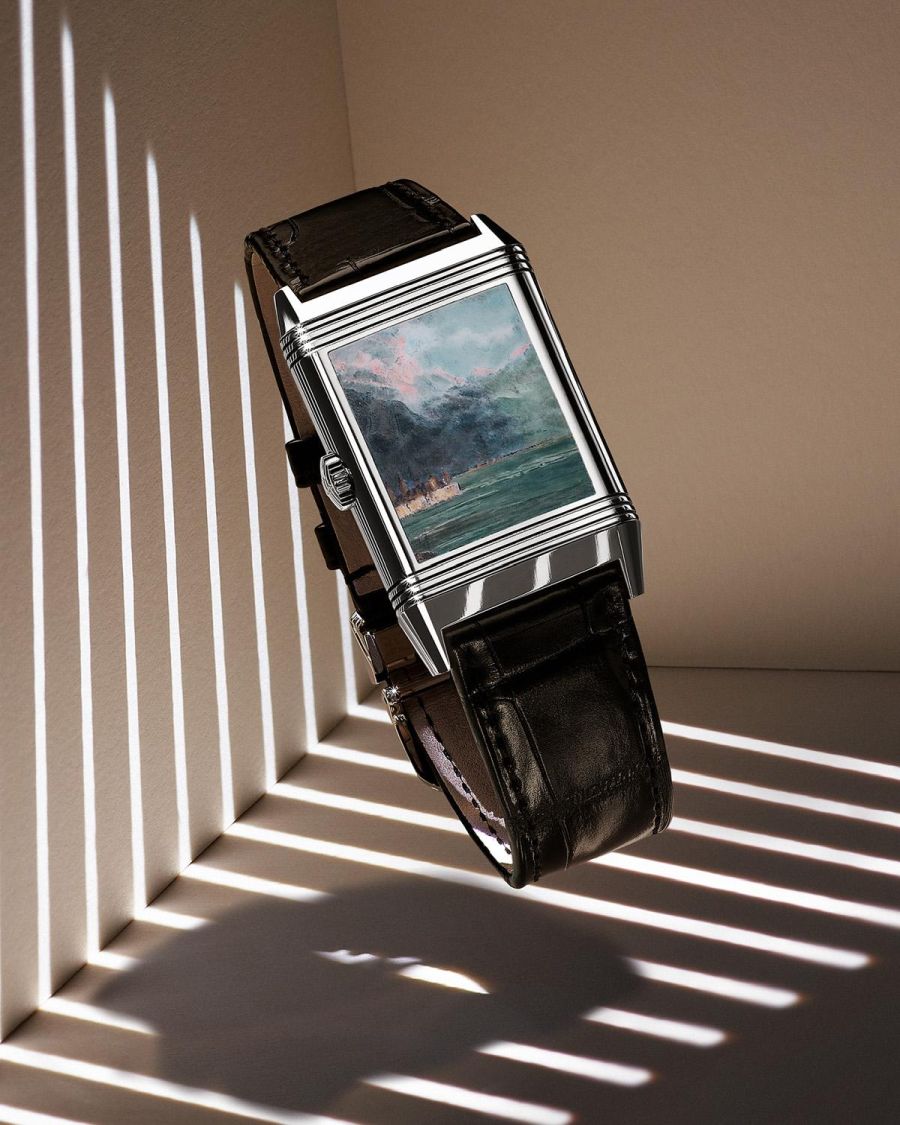 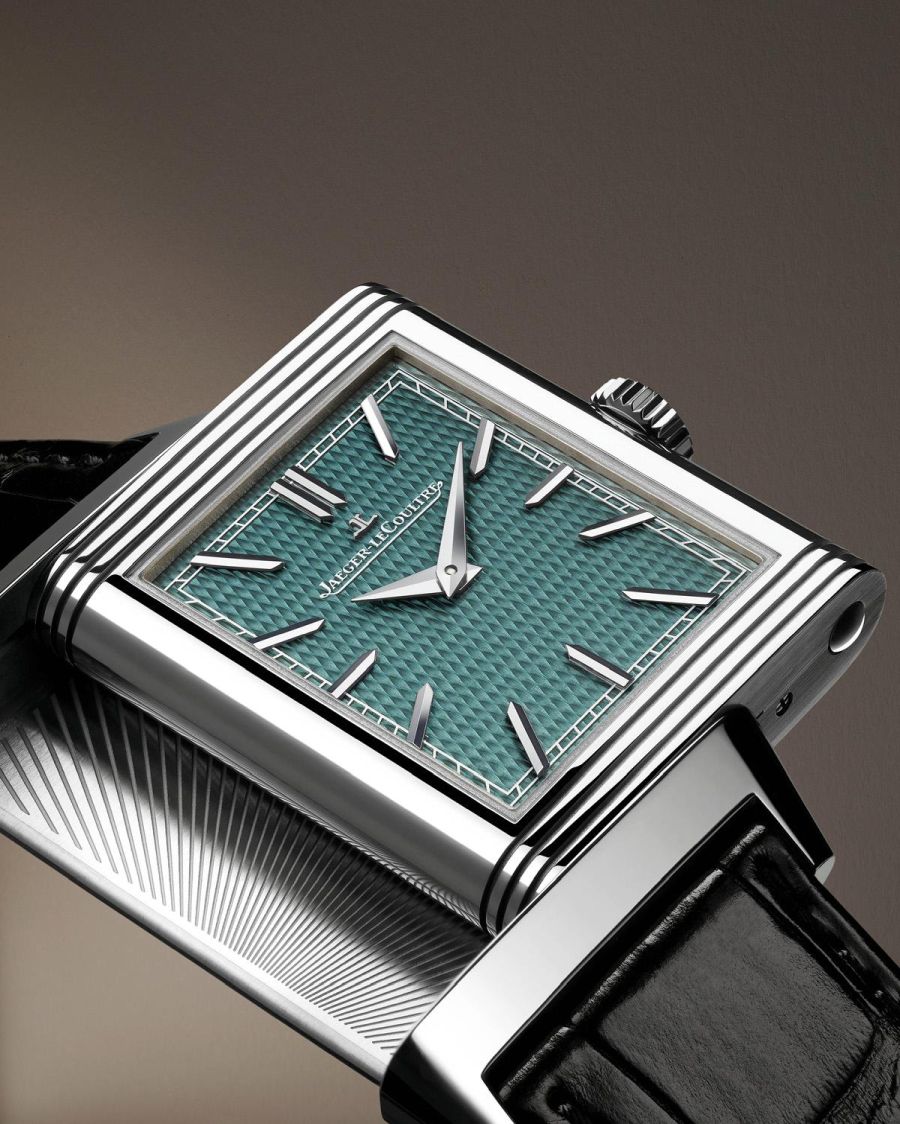 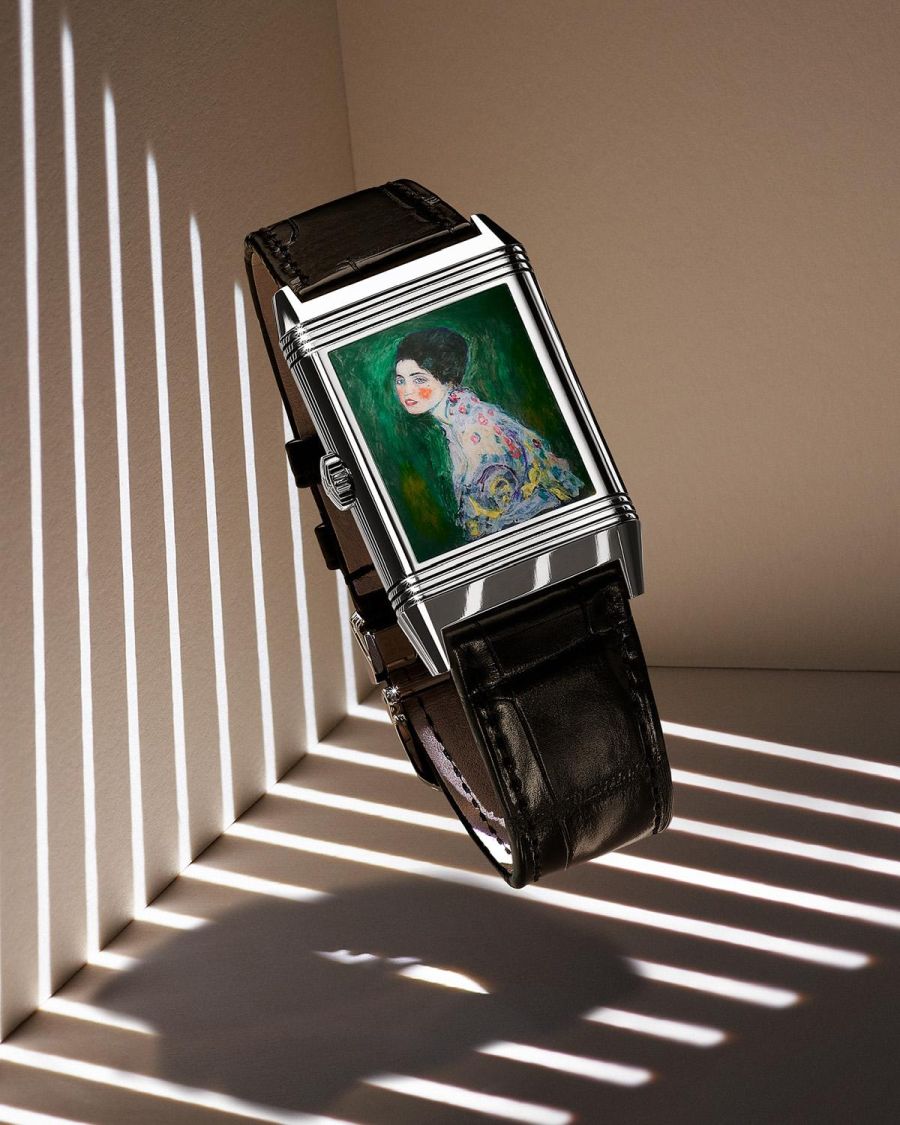