Between the US presidential elections, Covid restrictions going crazy in Europe and the stock market being highly monitored by investors, where does it leave the watch world?

Well, how about some watch gossip to start the week? Gossip means that it is not officially
announced, but that the information is coming from highly positioned sources (that I happen to
have 🙂 ). Ok, ready?

Gossip #1
Watches and Wonders Geneva will NOT happen. Remember that the tentative dates were
supposed to be in April 2021? And that Rolex Group along with some big players that left Basel
were supposed to join forces? Well let’s say that these forces ended up looking more like a
medieval jousting tournament that ended up killing Team Richemont. 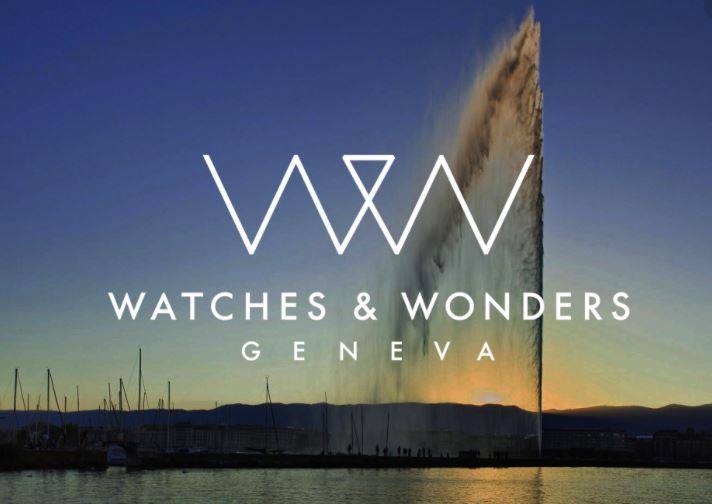 Rolex took over the power and will most likely organize, along with other Geneva based brands, their own event.

Meanwhile, W&W is trying to resurrect the show for a tentative beginning of September, but by
then brands will most likely have reorganized themselves in a more economical fashion to
introduce their novelties to their clients.
End of an era…?

Well if W&W is on life support, ex Baselword, now named Hour Universe, seems to have
received some well needed oxygen, between hefty investments and a real inclusive strategy,
allowing all brands to be able to afford participating. 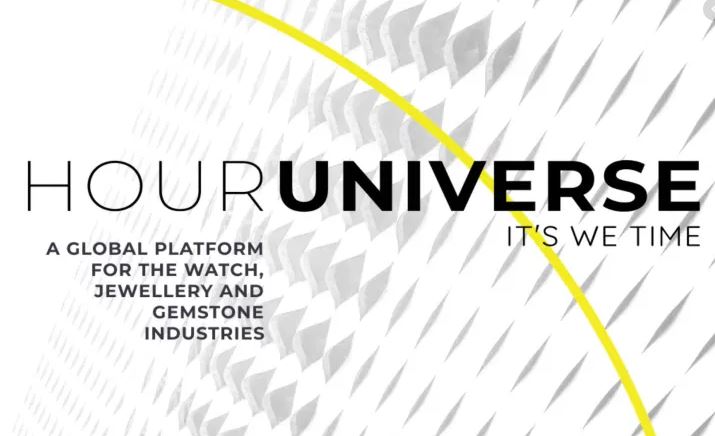 They are also offering a full 100% refund
promise if any brand has to cancel after committing, AND are working together with the city of
Basel to make hotels adopt that same refund policy. Who could have thought that out of the 2
shows, the almost dead one would come back to life?

Richemont again! What a time the group is going through. Not only are they struggling with the
survival of some of their most prestigious brands (Piaget, Vacheron, JLC), they are shutting
down their offices in Miami (huge operations in Coral Gables that were aimed at handling
LATAM markets and the Caribbean) reducing them to the strict minimum back in NY, but are also struggling with their management team at home. 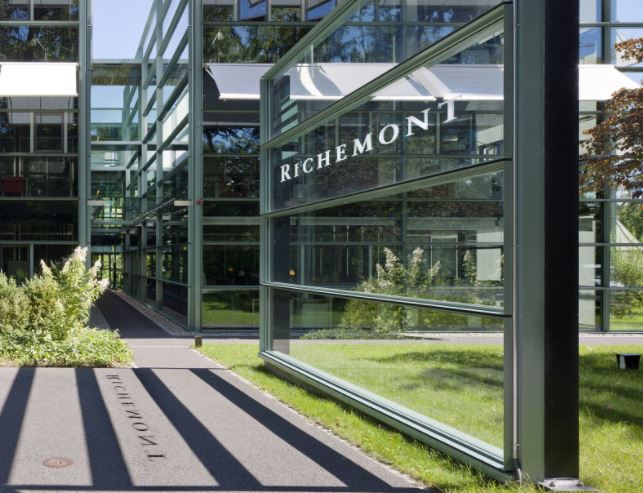 Jerome Lambert, current CEO of the group, appears to be on his way out after only 2 years heading Richemont. 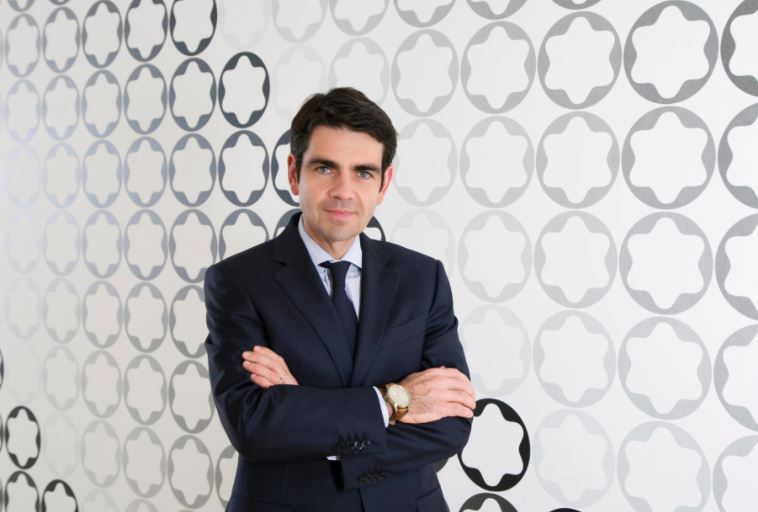 So who will take over? Sources are pointing to a woman to become the new CEO, but who could it be? Here are some hints. She probably used to be part of either a brand or the executive management of Richemont. She has a wide experience in both watches and jewellery.

She is most likely working for a competitor of Richemont in the last 5 years (I would vote for
LVMH and maybe Kering). She is familiar with horology but also fashion. The suspense will end
on Nov 17th when the nomination should be announced.

Advancing on from reports in WatchPro involving Richemont and Kering how about an actual merger?… That’s a big one and if it happens it will be to fight LVMH,
especially now that the Tiffany deal is done and agreed upon… 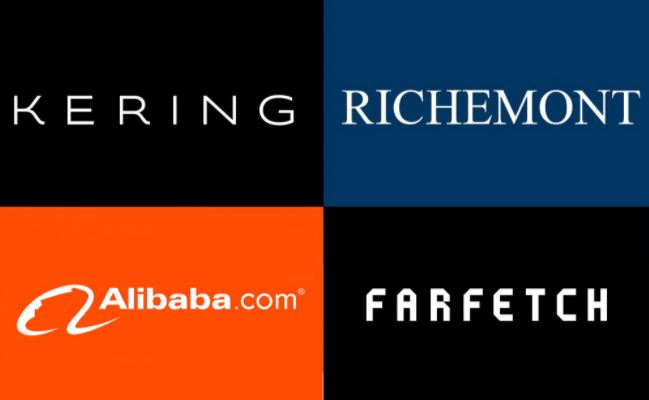 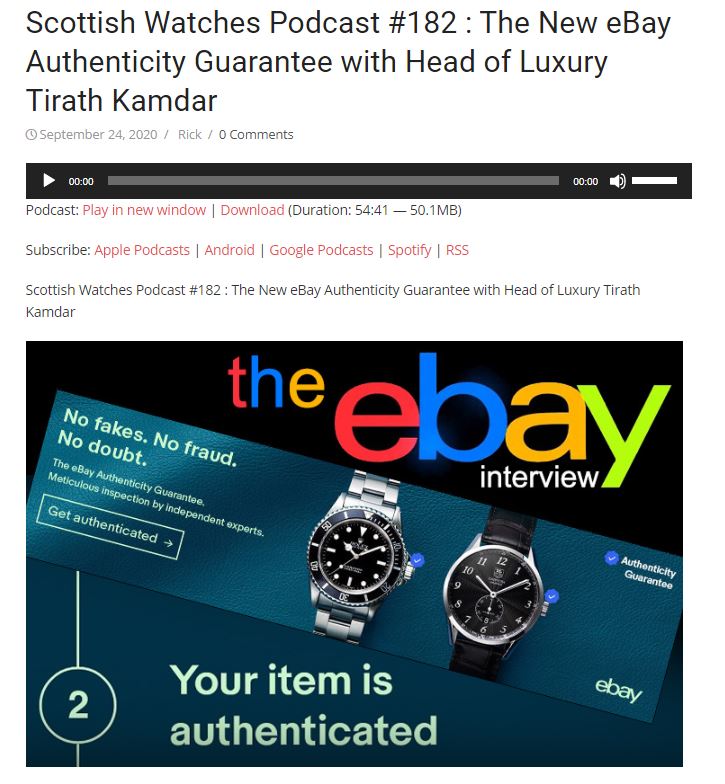 eBay is killing it!! The numbers are absolutely incredible, and ever since they launched the
Authenticity Guarantee for watches and for sneakers, they have gained so much more credibility
and renewed clientele on the sellers as well as on the buyers side.

In the US only, a watch is purchased every 5 seconds and eBay has 180 millions buyers worldwide. This is quite impressive! surprise surprise, Rolex accounts for 40% of luxury watch sales on eBay, and since 2019, Rolex sales have increased 60% on eBay’s marketplace.

54% of eBay’s watches vertical is comprised of pre-owned inventory, and there has been over a
60% increase for pre-owned in eBay’s watch category from 2019 – August 2020.

Here is the link if you want to play with the new watch world eBay is creating for us:
ebay.com/luxurywatches

And finally, how cool is it that Watch Anish has his own selection of watches on eBay?
https://www.ebay.com/e/fashion/watch-anish-102920 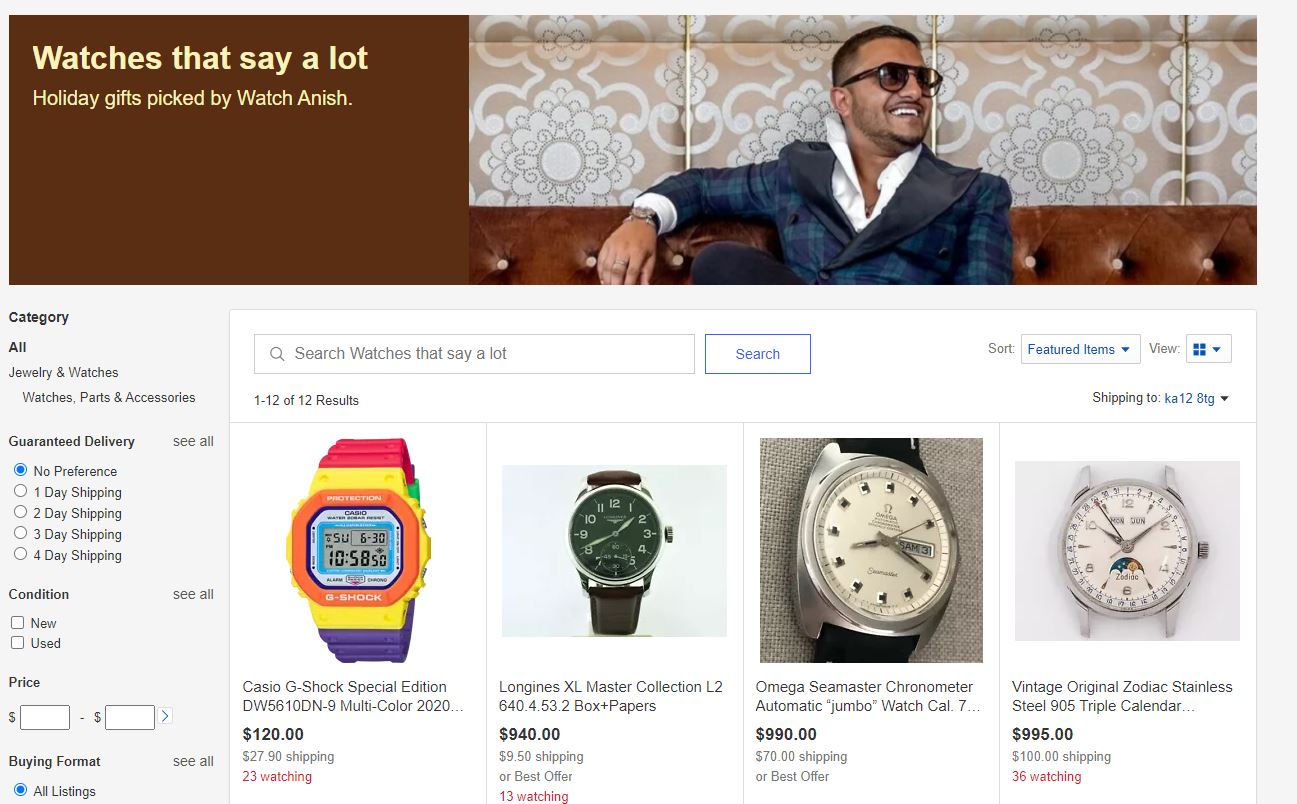 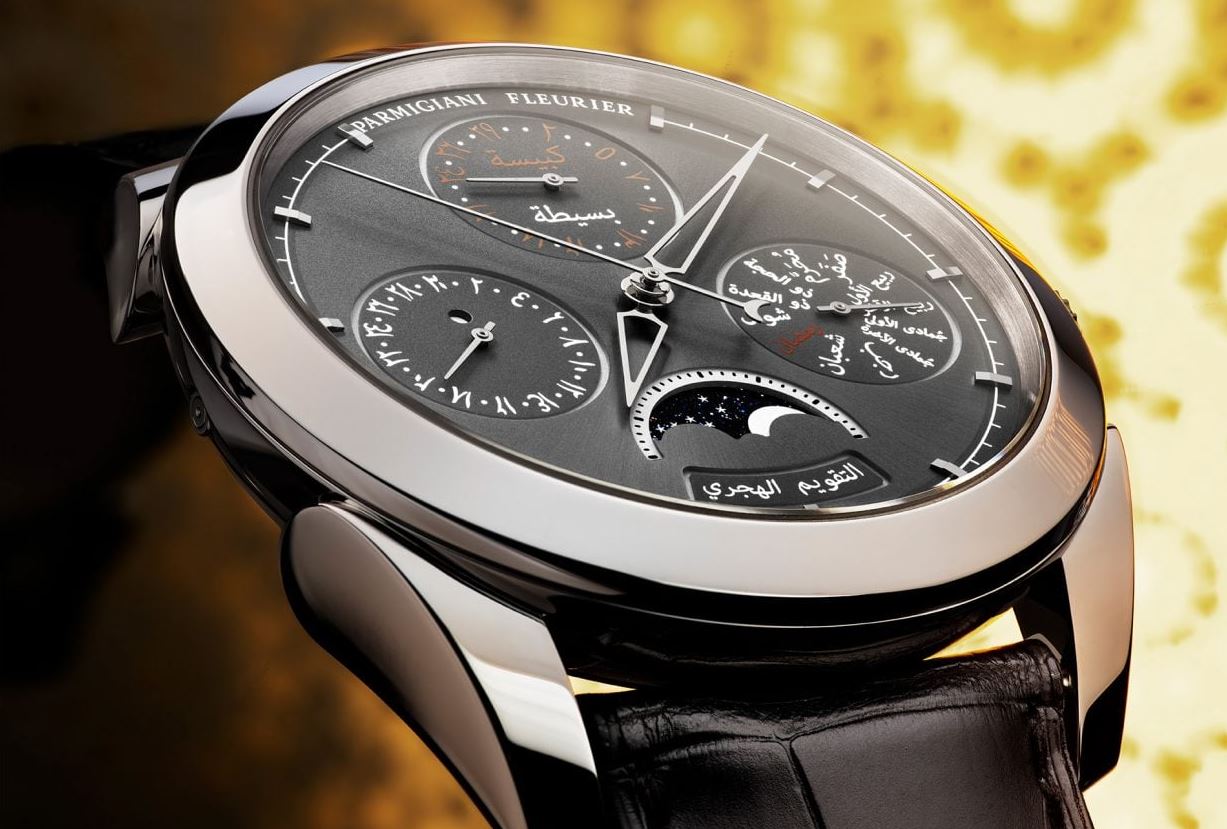 Oh do I love witnessing innovation in the world of watchmaking!

Seeing mechanical complications never made before! Isn’t it amazing that centuries after the birth of this art, there are still new inventions in the way to display time, dates, moons and also new complex mechanical calculations and executions to actually make it work…forever! It’s mind blowing when watchmakers reveal such talent and prowesses.

This year, Parmigiani did it. They created the first ever made in a wrist watch, Hijri perpetual
calendar, or Islamic Lunar Calendar.

The collaboration with the most innovative movement manufacturer Agenhor made Parmigiani a leader in creative thinking and complications development. The inspiration came from Michel
Parmigiani who worked on the restoration of a pocket watch featuring such a calendar, and
Davide Traxler (CEO of the brand) who pushed to try to find a way to make it into a wrist watch.
This was one complicated process! 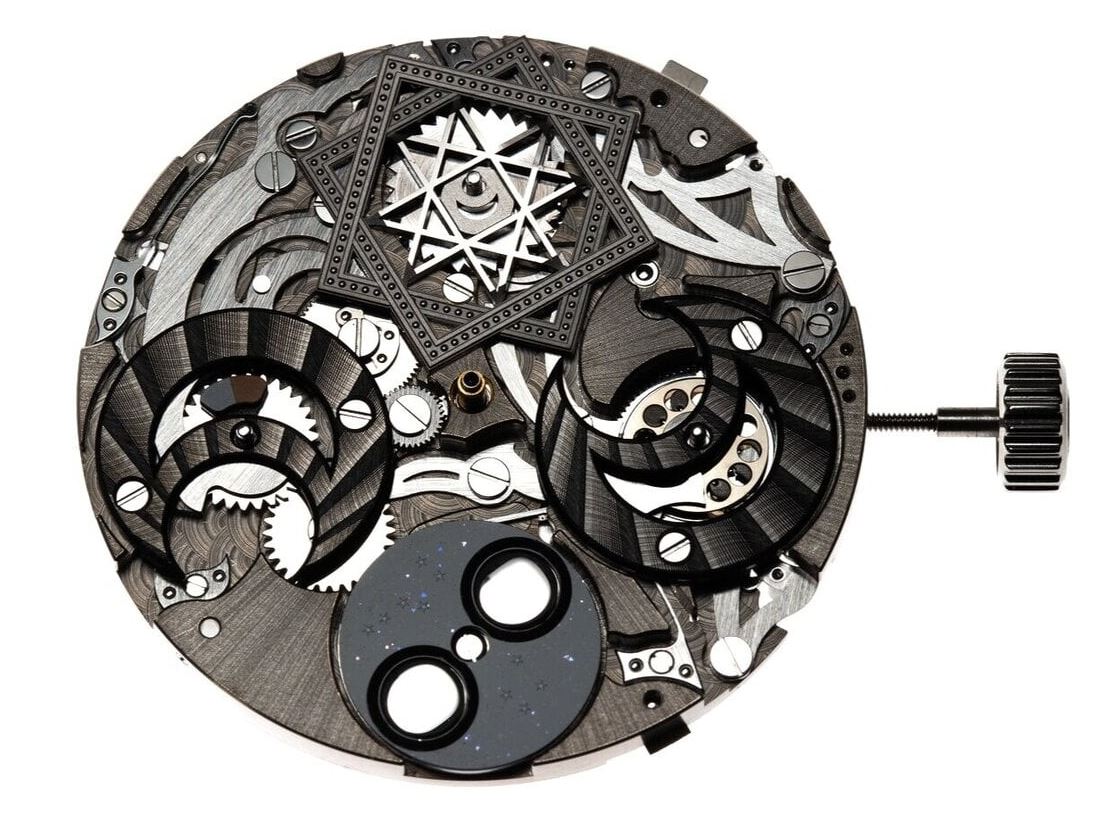 The genius in this calendar and the reason why the Hijri calendar is more complex to conceive mechanically than our Gregorian calendar is because a complete cycle lasts 30 years compared to the 4 years of the Gregorian cycle! However, its enormous advantage is that it only requires a correction every 2500 years while it is necessary to make corrections every 100 – 400 – and 1000 years on the Gregorian QP which equip most of the current watches.
RIGHT??? It has been done in 2020 for the first time on a wrist watch! Who said that 2020 was
a failed year? 🙂
The watch is competing at the GPHG, let’s see if the jury will have a crush like I did.
Check out the images of that movement and the details of decor and design. Just amazing!
https://www.thenakedwatchmaker.com/parmigiani-hijri-qp 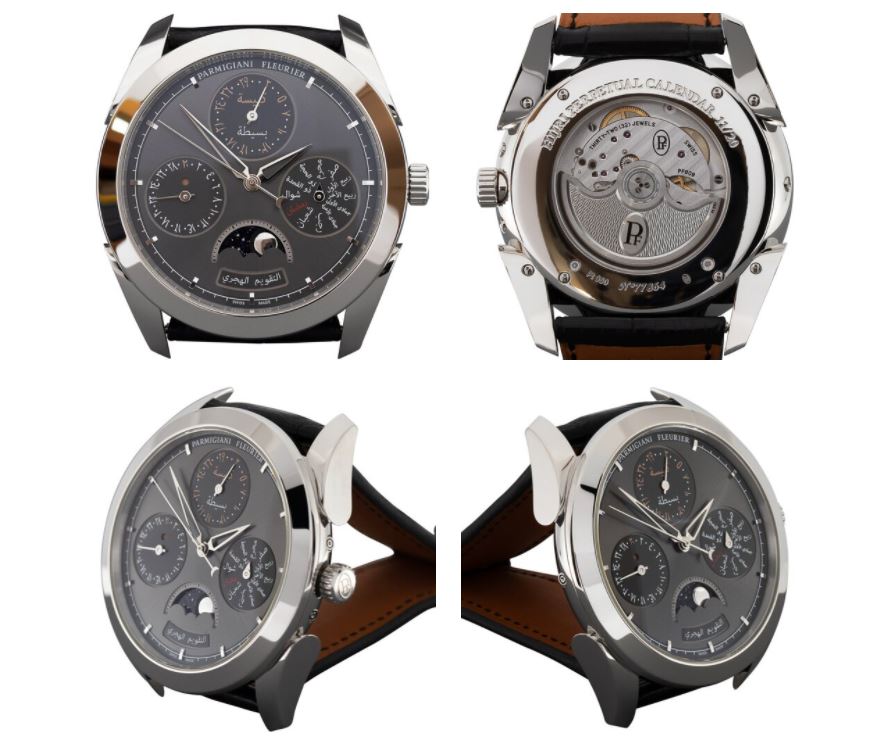