“… and there is no new thing under the sun” Ecclesiastes 1:9 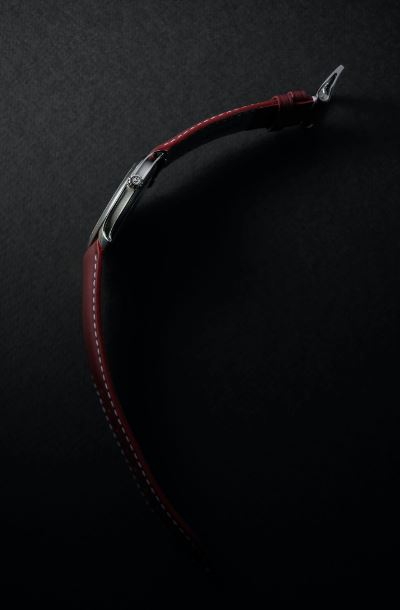 The line between inspiration and plagiarism can be extremely fine. Today, homage watches  are a dime a dozen with designs inspired by vintage Rolex Submariners or Daytonas.

Even established watch brands themselves often find it difficult to resist the urge to launch reissues and reinterpretations of their own historical designs. To what extent do designs have to be differentiated in order to be considered original as opposed to being an unethical copy? Well, this is an issue to consider when contemplating the controversy surrounding Ming’s latest release, the 27.01. 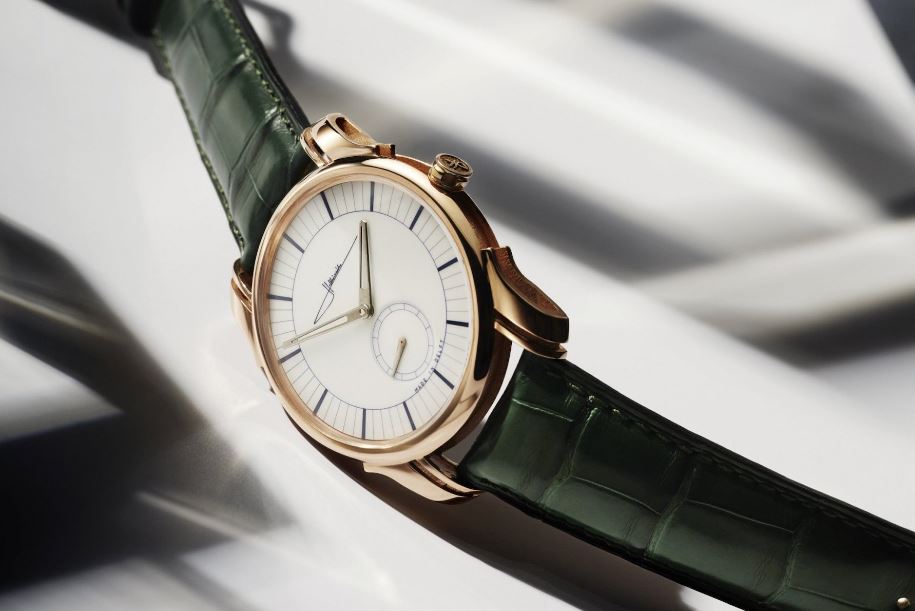 For those who are unaware, there have been allegations and comments that Ming’s 27.01 bears a remarkable resemblance to Holthinrichs’ Ornament 1. We reached out to Michiel Holthinrich, the founder of Holthinrich’s Watches as well as Ming on the matter and recapped both sides here. As I mentioned in the recap, it will be almost impossible to verify either parties account of events.  What we can do, however, is look at the two watches for ourselves. Let’s compare the front, sides and back and judge for ourselves. This is my take, and to make things fully clear, what I say from here on out is solely an opinion, my thoughts and interpretation of what I have been told and what I see in the pictures of both watches. 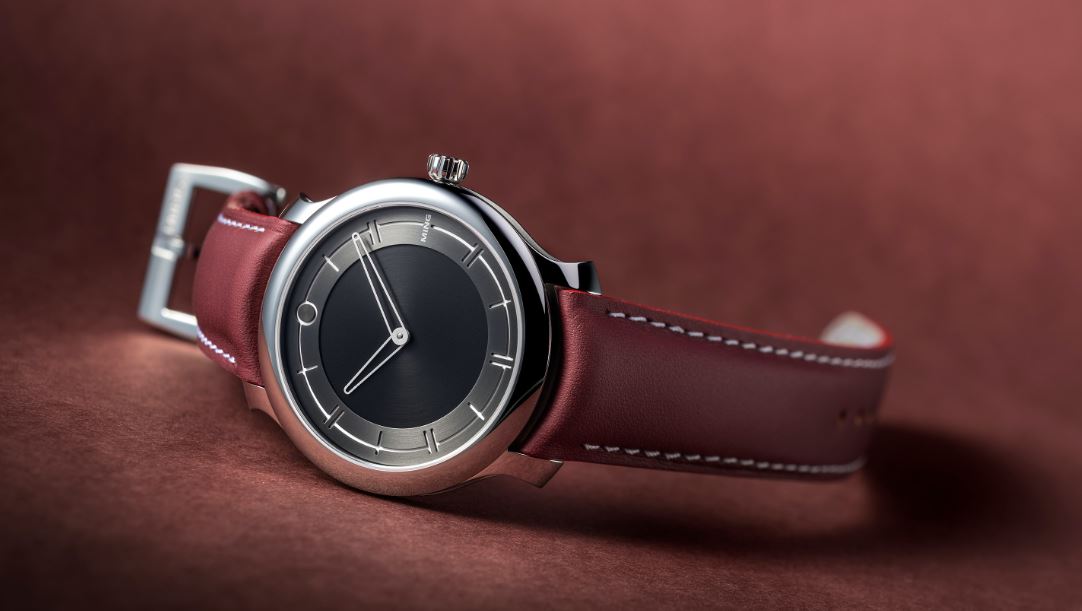 The front view of Ming’s 27.01 i.e. the front of the case, the dial, hands and numbers as well as the lugs are pretty consistent with Ming’s design language over the years with a very visible evolution over the years. This is mentioned also in Ming’s blog post. It is also worth mentioning that from the front, Ming’s 27.01 looks nothing like the Hothinrichs Ornament. The minute track is different, the numerals or minute markers are different, even the second hand is different with Ming’s 27.01 featuring central seconds hands while the Ornament 1 having small seconds. Ming’s 27.01 like all its earlier watches have lugs that curve and flare outwards while the Ornament 1 features lugs that are relatively straighter and also feature some extra skeletonizing which is not present on the 27.01. To be fair though, the design on the front of Ming’s 27.01 was never really in question. 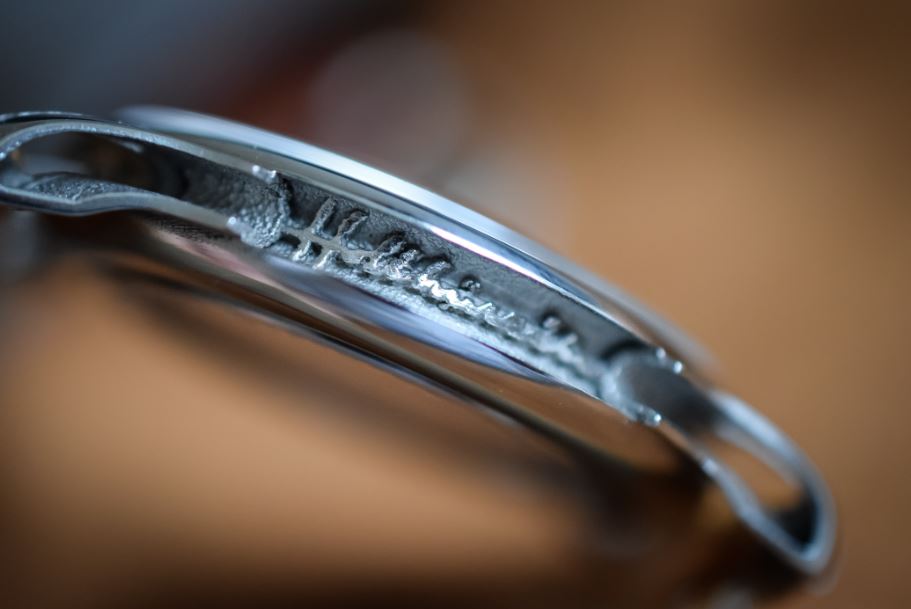 The sides are arguably where the biggest focus in this controversy would be because of Ming’s skeletonized side profile design choice. Michiel, in all fairness, does not claim to be the pioneer of skeletonized cases. There have been many others who employ this design choice.

In 2019 alone, there were skeletonized sides and lugs from both a holy trinity brand like Audemars Piguet in the Code 11.59 and from a down to earth affordable brand like Timex in the S1 Giorgio Galli.

Are the 27.01’s skeletonized case side and lugs more similar to the Ornament 1’s? Perhaps, though I personally do not think the Giorgio Galli S1 is too far off from either as well. 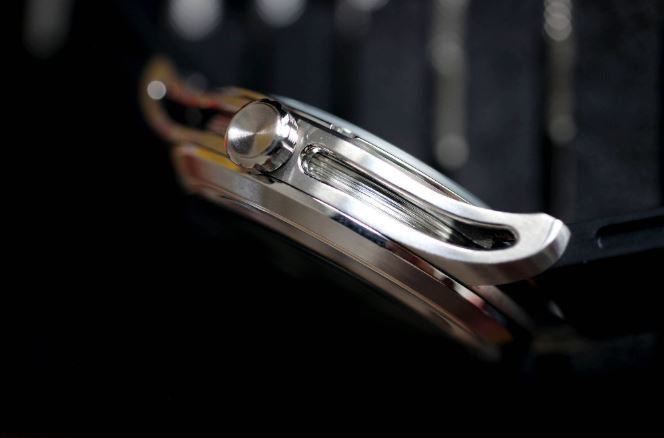 However, are there distinctive enough differences to distinguish between the 27.01 and the Ornament 1? I would argue that there are. The 27.01’s skeletonized case side looks like most of the earlier Ming watches, but with a single piece carved out such that only the outline all the way to the lugs is left. It is simply done and fuss free. The Ornament 1’s case side, on the other hand, is a whole different beast. There are many intricacies to it, with the lugs distinctly but organically connecting to the case itself. The visible texture that is left from the 3D printing which serves as a mount for an ornament i.e. the brand’s signed case side in the skeletonized portion which collectively adds a lot more character to the watch as compared to Ming’s 27.01. 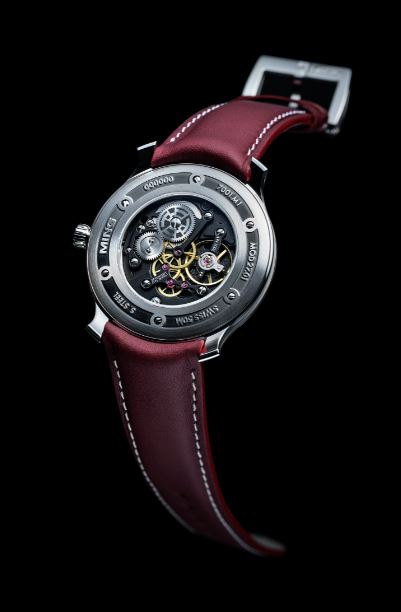 Finally, the case back which is where there is perhaps the closest similarities. At a glance, they do look very similar. However, there are visual differences as well. Whereas the Ornament 1’s wordings are more industrial looking in nature, the 27.01’s wordings look sleeker and more modern, much like labels you might find on room doors. Moreover, given, the movement choice, there aren’t many options for decorating the caseback. For example, Stowa’s Marine 36 Small Seconds also feature somewhat similar wordings on the case back because of the movement choice. As for the movement itself, despite both being based on the ETA Peseus 7001, anyone who claims they are copies of one another, are not giving the work that the two brands have put into the movements enough credit. 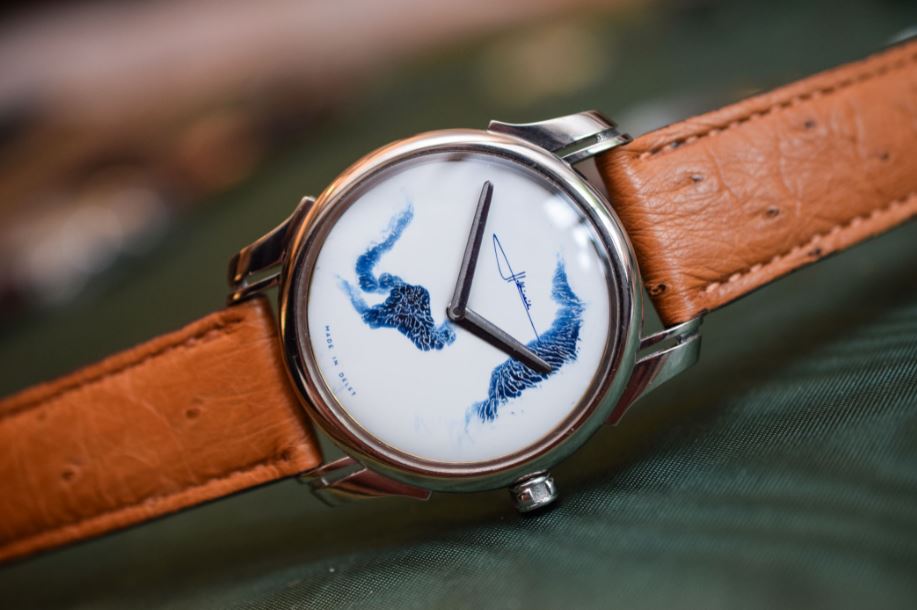 Overall, there is no doubt that there are some similarities in the two watches especially if you look at the watches at a glance. However, I personally find that there are substantive differences as well that significantly differentiates the two watches. These differences especially when looking at the watch from the front are to me, sufficient enough to give each of them their own unique place in the watch industry. Should they collaborate given the similarities? As far as we know, there is nothing concrete by way of agreements or discussions yet so don’t hold your breath. 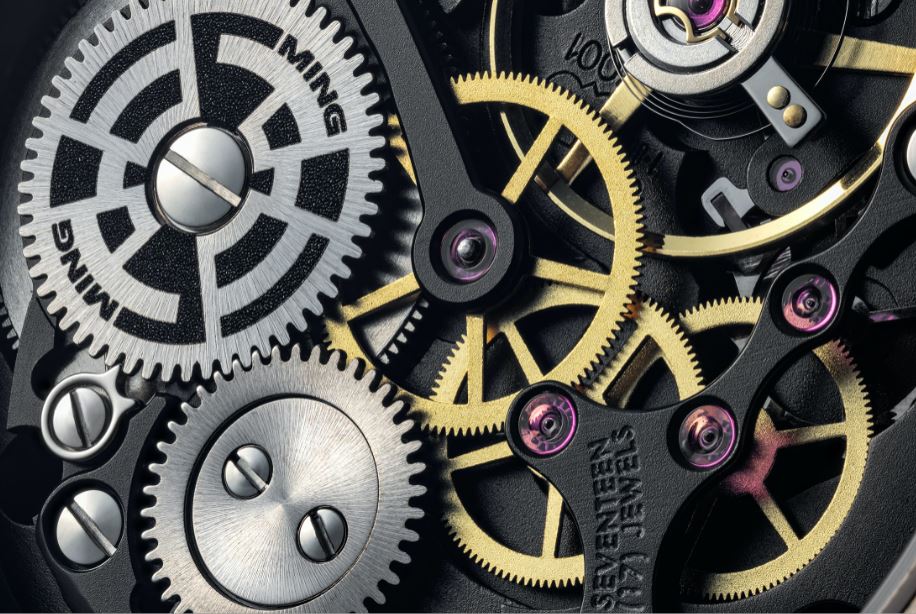 A few things about the two brands accounts jump out at me as well. Firstly, I have to ask the question why?

My day job is financial investigations and one key aspect in investigatios is always motive. Why would Ming, which has been growing in reputation over the past couple of years need or want to make these alleged copies? While the alleged copied features are very integral to Holthinrich’s overall design aesthetic, the forms in which they show up on Ming’s 27.01 are not equally essential. Sure, the skeletonized case sides makes the 27.01 that much sleeker a watch, but without it, I wouldn’t see much loss to the overall design. In my opinion, unless you are actively looking for it, the similarities do not stand out, much less cause you to mistake one watch for the other.

Secondly, the Ornament 1 which Ming allegedly copied is not a watch that was only recently released. This means that as much as Magnus’ photography at the 2018 event may seem suspicious in light of the current controversy, it actually is not if we take a few steps back and consider the chronology of events. After all, pictures, detailed pictures and drawings, of the Ornament 1 have been available on Hothinrichs’ Instagram page from as early as June 2016. This readily available source of pictures makes Magnus’ photography seem harmless on hindsight.

Thirdly and finally, in considering the flip side of things, I find it notable that the blog post detailing the evolution of Ming’s watches that led ultimately to the 27.01 did not mention anything about how the idea of the skeletonized case sides came about. This is interesting especially given that the skeltonised case sides is the one feature that would likely draw comparisons with the Ornament 1. Still, this silence is not necessarily evidence that Ming did in fact copy the idea from the Ornament 1 since the design process of a watch is highly complicated. 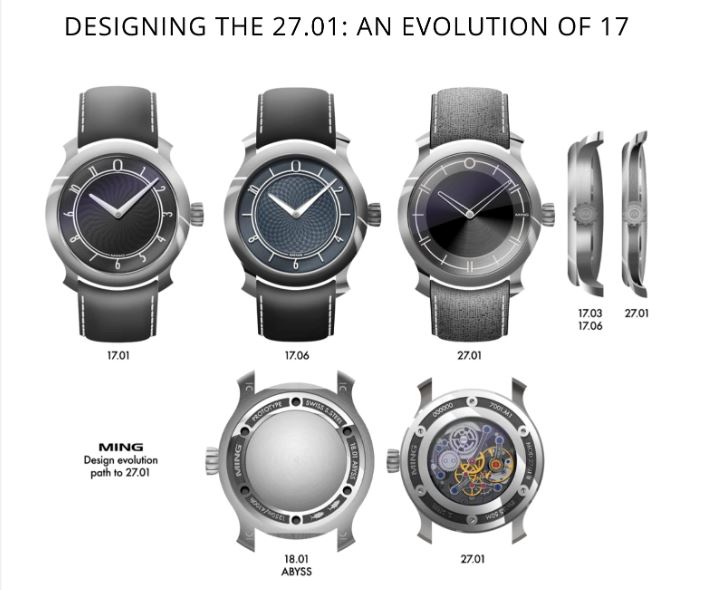 This brings me back to what was alluded to at the start of the article. There is rarely anything new in this world, especially artistically. Most design choices are evolutions based on things done previously. As Michiel put it, “creativity is combining aspects of things that have already been done before”. Did the creative minds at Ming look at the Ornament 1 and decide that they were going to consciously take features from it an incorporate them into the 27.01? Or was it a case where they saw the Ornament 1 and that sparked an idea of how they could improve on the 27.01? Could it be possible that as Ming claims in the blog post, that this “related result was been reached from independent starting points”? We may never know for sure. However, I think that there are enough differences, and enough independent design choices to make the 27.01 at worst, an inspiration, What do you think?