Greetings everyone, hope you are all safe and well out there. Here is your recap of another slow-ish week of happenings in the world of watches. First a couple of news items and then some new releases. Join me, won’t you? 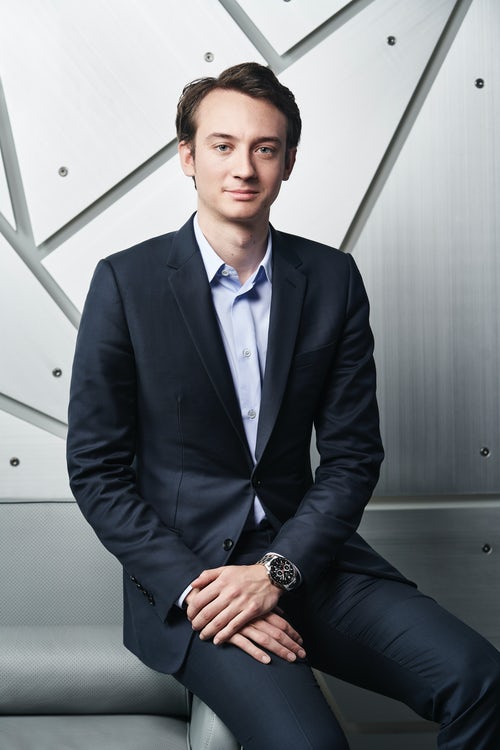 Some movement over at LVMH and Tag Heuer. The son of LVMH head-honcho Bernard Arnault, Frédéric Arnault is set to take the reins as CEO of Tag Heuer as of July 1st. Stepping up from his previous position as Chief Strategy and Digital Officer, he takes over for Stéphane Bianchi. Mr Bianchi entered in 2018 to replace Jean-Claude Biver’s role both as the CEO of TAG Heuer and as the head of the LVMH Watches Division (a collection of some, but not all, of the conglomerate’s watch brands that include TAG Heuer, Zenith, and Hublot). Bianchi will remain in his role as CEO of the LVMH Watches division. Frédéric Arnault joins four of his five siblings holding senior positions within LVMH. Nepotism aside, it could be interesting to see what direction Tag Heuer will take with a 25 year old at the helm. One-button TikTok integration? Time will tell. 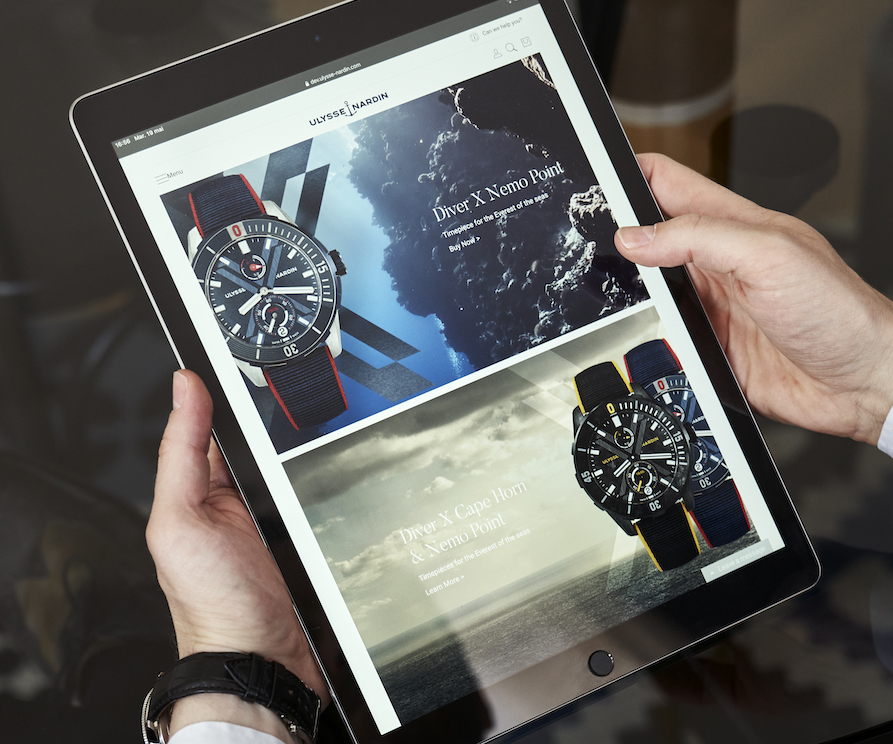 Starting June 3rd, Ulysse-Nardin becomes the latest in the very slow trickle of old Swiss brands to start selling watches online with their new e-commerce initiative. To mark the occasion of the e-commerce launch, Ulysse Nardin fans will have the opportunity to buy the DIVER X NEMO POINT exclusively online for the entire month of June. In a landscape where it has been predicted that, by 2025, millennials will make up 50% of the luxury goods market, moves like this are important for Ulysee-Nardin and everyone else to stay relevant to the changing times. Here’s to hoping other heritage brands follow their lead. Ulysse Nardin 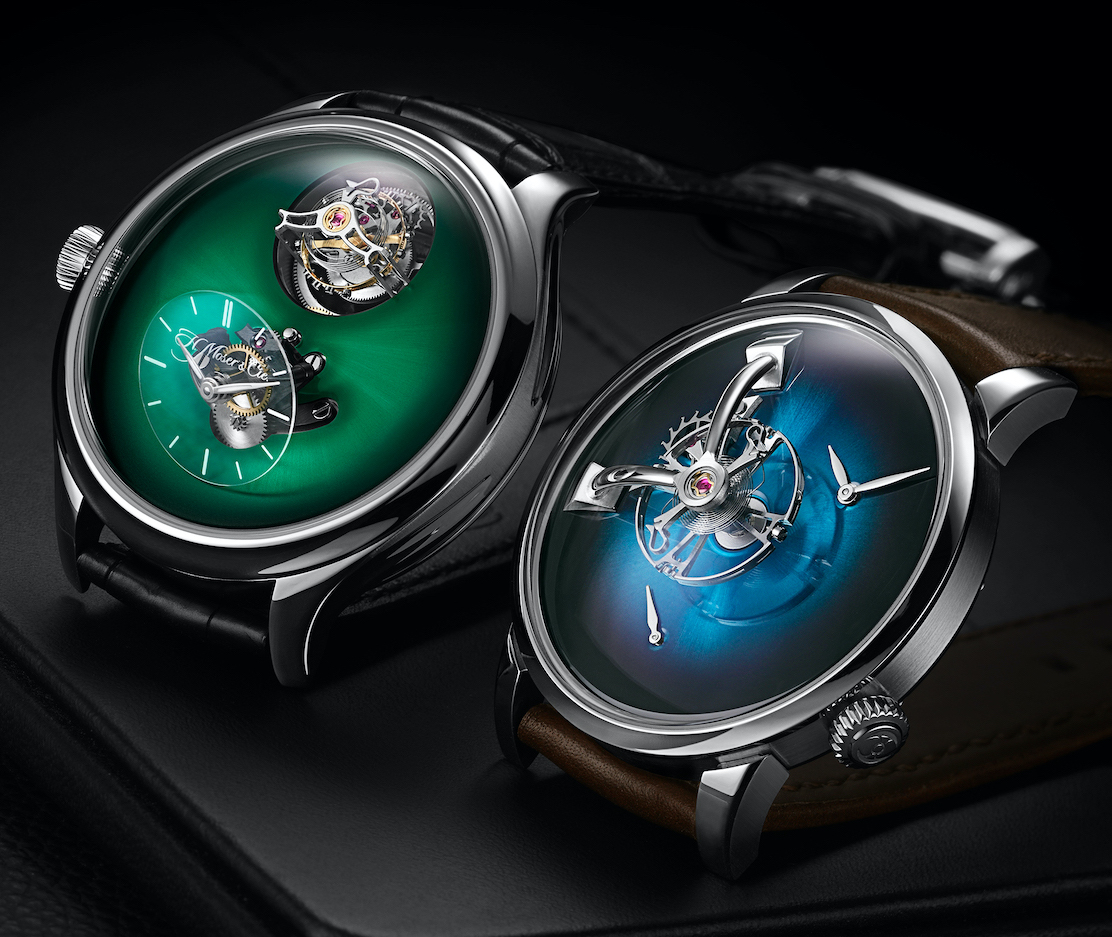 Arguably the biggest release of the last week was a pair of collaboration pieces between two of independent watchmaking’s heaviest hitters: MB&F and H. Moser & Cie. The brands have loosely worked together for over 10 years, with Precision Engineering AG – a sister company of H. Moser & Cie. – notably supplying MB&F’s balance springs. The first is the LEGACY MACHINE 101 MB&F × H. Moser. MB&F borrows from the H.Moser “back to basics” playbook for the next iteration of their Legacy Machine concept, by removing all logos and branding, a nod to the minimalist aesthetic that H. Moser is known for. The in-house movement maintains the large, suspended balance wheel that the LM101 is known for, with movement finishing done by another big name, Kari Voutilainen. This interpretation abandons the floating domed subdials to display the hours and minutes as well as the 45-hour power reserve, in favour of hands placed directly on the unmarked dial. This fully showcases the beauty of the H.Moser & CIE fumé dials.

The second piece is the ENDEAVOUR CYLINDRICAL TOURBILLON H. MOSER × MB&F. For this one H. Moser & Cie. has borrowed from MB&F the concept of three-dimensional movements, featuring a one-minute flying tourbillon that rises above the main dial through a ventricular opening appearing at 12 o’clock. Benefiting from the expertise of its sister company Precision Engineering AG, H. Moser & Cie. has equipped its tourbillon with a cylindrical balance spring, the same as that developed by Precision Engineering AG for MB&F’s LM Thunderdome. Between the two pieces, there are nine different editions of 15 pieces each. MB&F X H. Moser & Cie 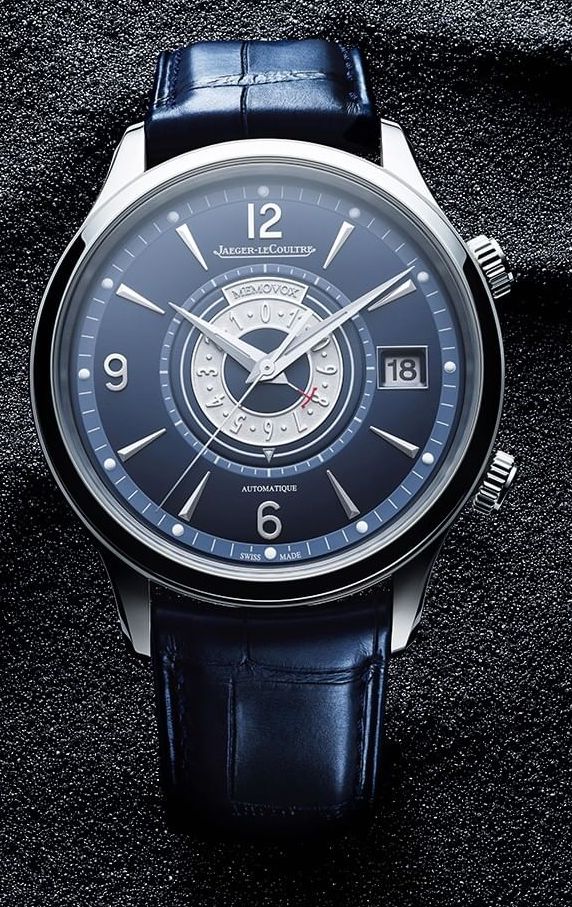 Jaeger-LeCoultre has launched two new Memovox alarm models in the Master Control collection. The Master Control Memovox and the Master Control Memovox Timer. Both models are presented in the new 40mm Master Control case, and feature a newly-revised version of the JLC automatic calibre 956. Previous Memovox models had a closed caseback as a necessity, as that is where the alarm gong was attached and it also functioned as an amplifier of sorts. The new version has been reworked to attach the gong to the interior side of the case, allowing for an exhibition caseback and a new, open-worked pink gold rotor, decorated with Côtes de Genève to match the finishing on the movement plates, so you can see the ringing alarm hammer in action. The limited to 250 pieces Master Control Memovox Timer adds, as the name implies, a countdown timing function as well. Available now for $11,600 and $15,600, respectively. JLC 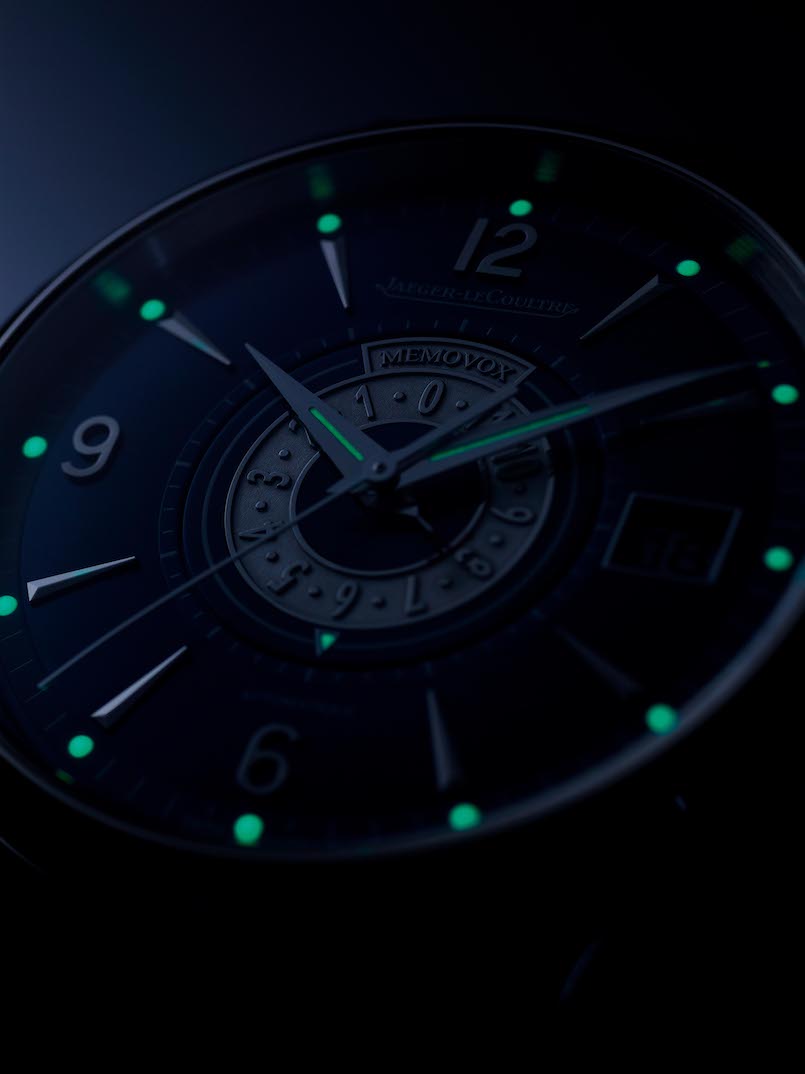 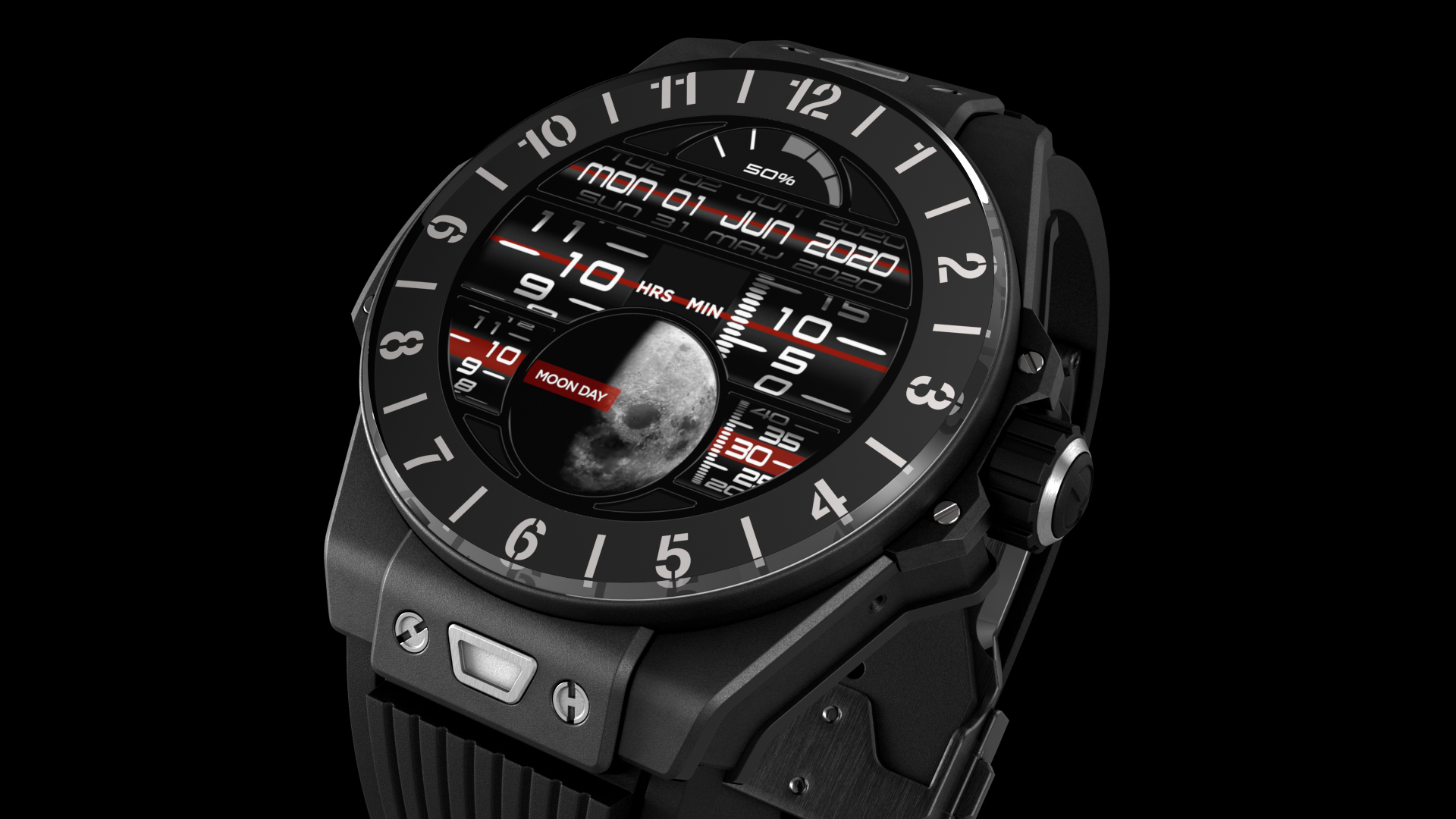 In 2018 Hublot released their first “connected” smart watch, in conjunction with the World Cup in Russia, the Big Bang Referee 2018 FIFA World Cup Russia. It was used by both referees on the pitch and football fans as a “virtual stadium”, whatever that means. Two years on, and they have returned with the Big Bang E, a connected watch equipped with up-to-date tech and all of the telltale Big Bang design cues Hublot has become known for, such as exotic materials, sandwich-style case construction, and single-button press, easy strap swapping. The 42mm Big Bang E is available in titanium or ceramic and features an AMOLED touchscreen. Just like a mechanical version of the Big Bang, its rotary crown with integrated pusher is used to activate the controls for its electronic module. It has some interesting modes that mimic mechanical complications and could make it more appealing to some of us mechanical watch obsessives, such as a worldtimer GMT and a hyper-accurate moonphase. For those who care less about such things there are many other standard digital and analog watch skins to choose from, as well as something called the #HublotLovesArt movement: a series of eight dials stemming from the imagination of artist Marc Ferrero. Every three hours, the dial changes colour, meaning eight creations are displayed in sequence over a 24-hour period. In a first for Hublot, this watch will be available to order directly from their website, as well as in boutiques and ADs worldwide. Available “soon” 4900CHF Hublot 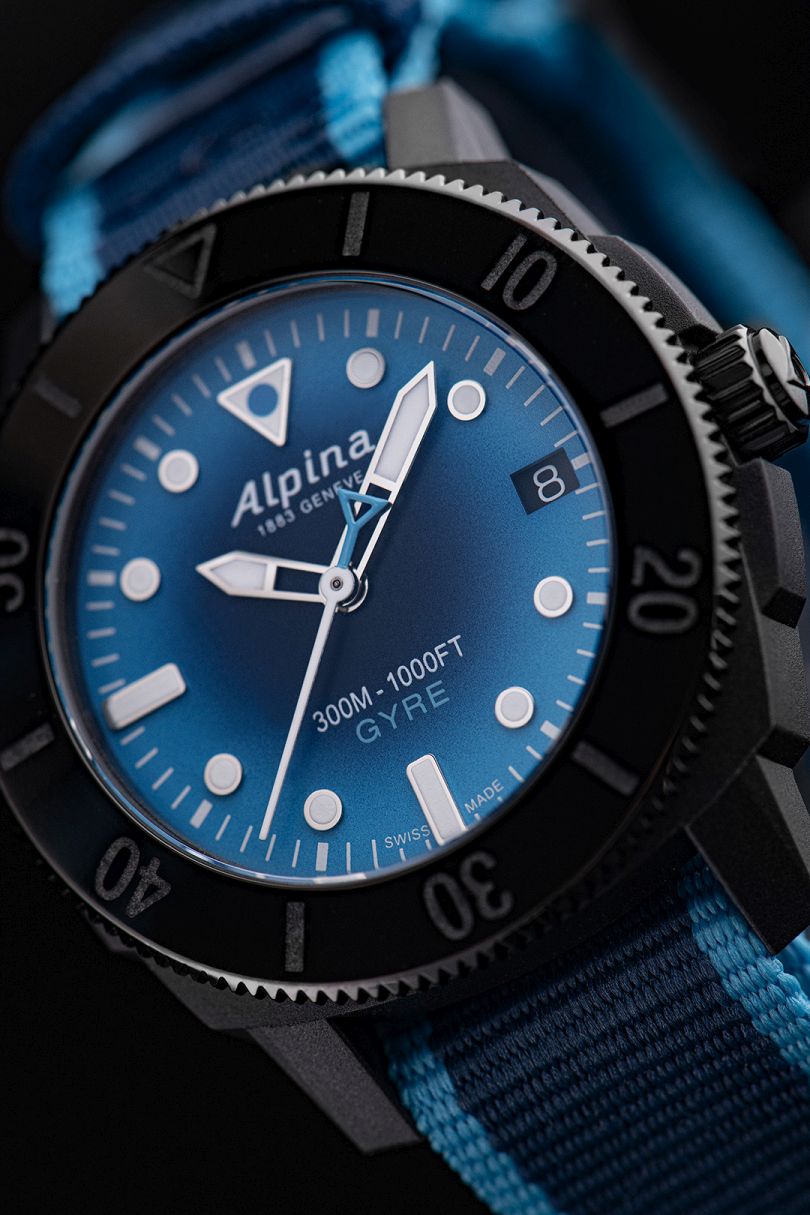 To support World Oceans Day, Alpina has teamed up with Gyre Watch, a Netherlands-based company founded in 2017 with the aim of producing a watch made of recycled ocean plastic. The Seastrong Automatic Gyre collection is comprised of five watches, three men’s (44mm) and two women’s (36mm). The 2-piece case is made from 70% recycled fishing nets, rescued from the Indian Ocean, and 30% fibreglass, a necessity to give the case more solidity to stand up to wear and the 300m of water resistance provided. All five are powered by the Alpina AL-525 movement, a 28,800vph movement with a 38-hour power reserve, based on the Sellita SW 200-1. They come in a few different hues of ocean-inspired blue, and the eco-appeal is topped off with a NATO strap made of recycled plastic bottles. Limited to 1883 pieces, a reference to the year of Alpina’s inception. Available now. $1395 Alpina 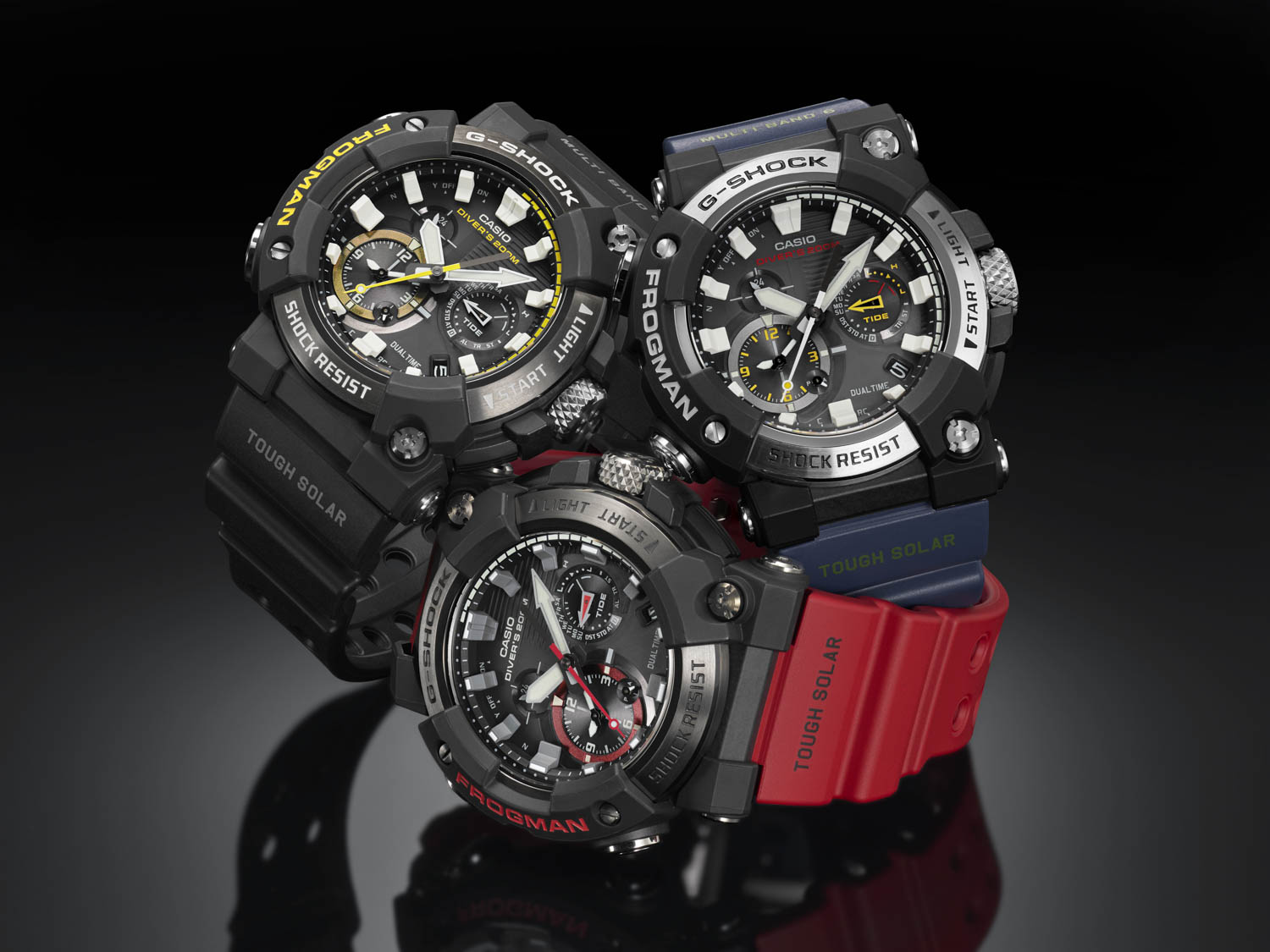 Casio G-Shock has announced the first-ever analog watch in their popular “Frogman” line of dive watches. I have to say, I was pretty excited about this one until I saw the case size (56mm and 20mm thick!!). That is truly gigantic. Sizing concerns aside, it looks to be a highly functional dive watch, with features like home time, dual time, tide information, and dive time measurements all presented in the analog format. In diving mode the hour and minute hand join together as one to track underwater time, and after resurfacing it will display the surface interval using both hands. The second-hand moves forward or in reverse to indicate the status of dive time and surface interval measurements. Sounds like an interesting concept, one I hope to try out in the real world. All that tech is housed in a 200m water-resistant case made of carbon-fibre-reinforced resin, underneath a sapphire crystal, a rarity in the world of G-shock. Available for preorder now in 3 colours: black, blue and red. $800USD G-shock

That’s the news and I’m outta here! See you next time.