As we enter what feels like week 147 of our new stay-at-home lives, the watch world trudges on. Thankfully, there is still a pretty good amount of action out there, despite the slow-downs, economic and otherwise. Let’s take a look at some of the happenings and new releases from last week. 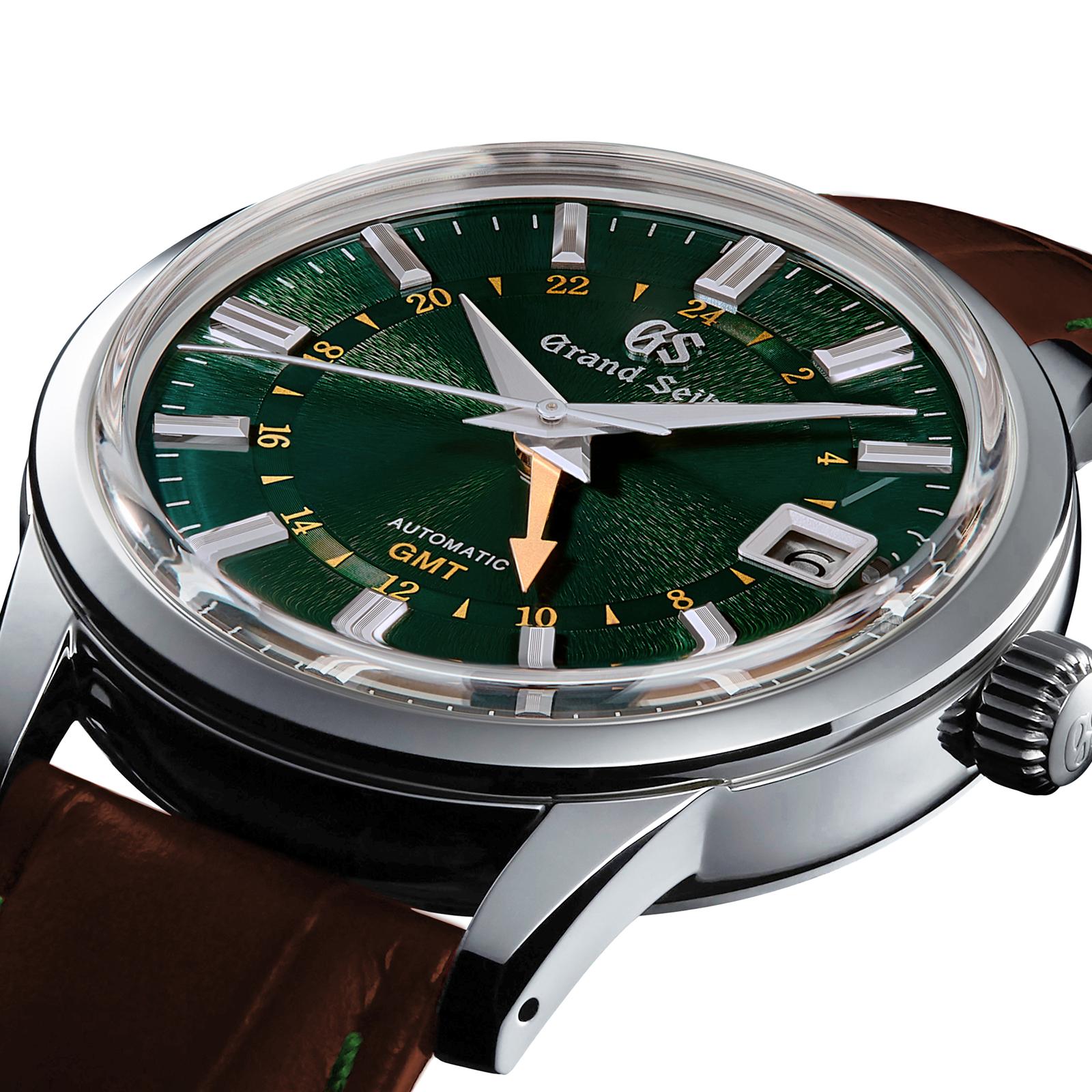 Grand Seiko and Watches of Switzerland Group are launching the Toge Special Edition SBGM241. Based on the standard-beat SBGM221, this special edition pays tribute to UK-based retailer Watches of Switzerland with its British racing green colourway, and to Japanese culture with the signature Grand Seiko Mount Iwate dial pattern. The term 峠 (Tōgè), or mountain pass, refers to a navigable route through a mountain range, and pairing this with the classic colour of British motorsport invokes the feeling of a scenic yet brisk drive through the Japanese mountains. At least to me. The exterior case design is an original creation by acclaimed Grand Seiko Chief Designer, Nobuhiro Kosugi, who is celebrated for his conception of the modern 44GS case design. It features a crescent moon-shaped profile courtesy of the Zaratsu-polished, curved lugs. The movement is the Grand Seiko Caliber 9S66, tested to the Grand Seiko standard of -3 to +5 seconds per day in six positions, and beating at 28,800vph. Not a “limited edition” per se, but limited in production so act fast! Available through Watches of Switzerland and Mayors, July 2020. $5,200.00 USD 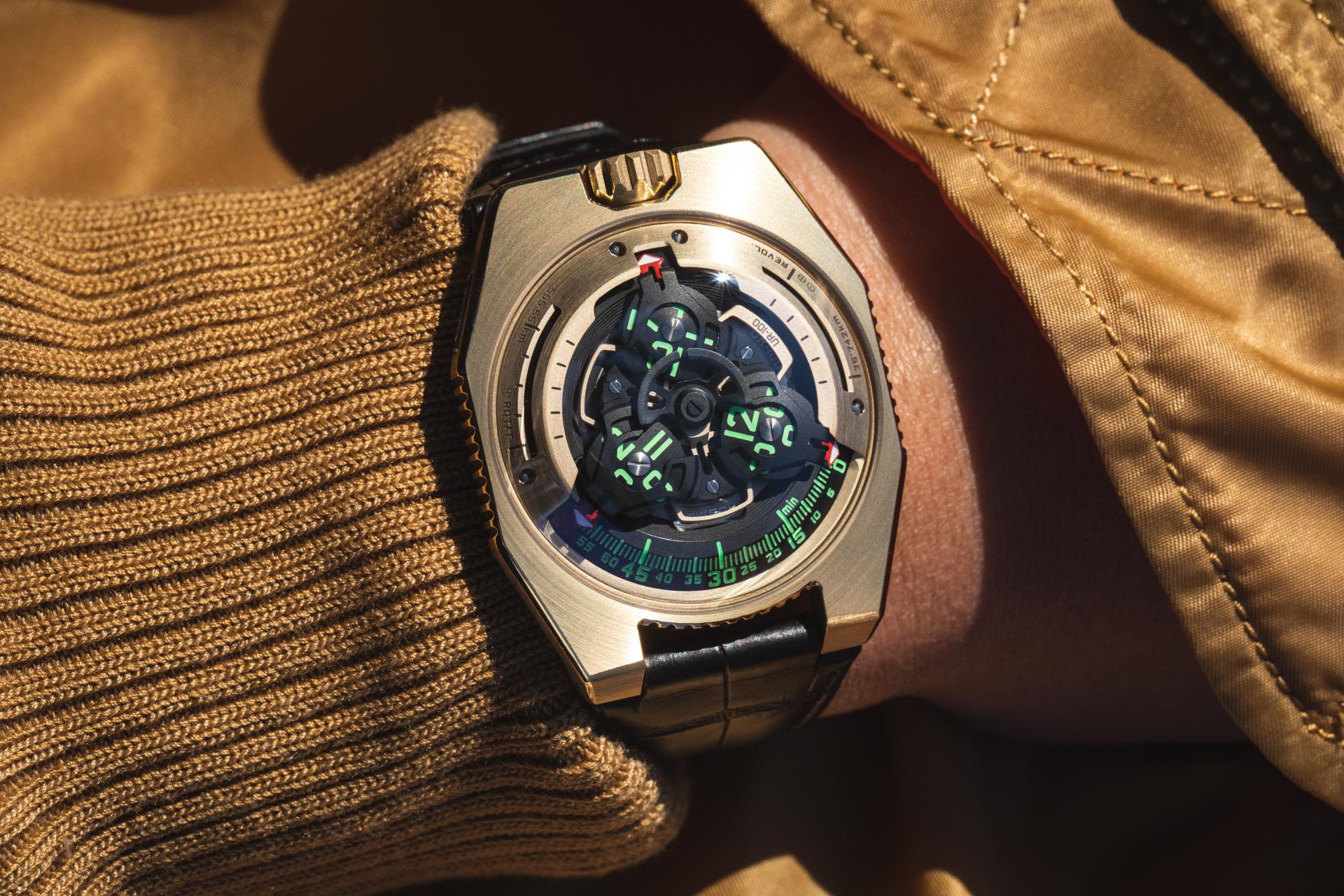 URWERK raised almost $100,000 (96,500 CHF) for COVID-19 relief with the auction of the first production example of their newly-introduced UR-100 Gold Edition. The UR-100 Spacetime features URWERK’s Satellite display with one significant difference: when the pointers on the hour satellites disappear past the 60 minute mark, they become new indicators to display astronomical data, showing distance travelled on Earth and distance travelled by Earth. “Science fiction has been an inexhaustible source of inspiration since the creation of URWERK,” explains co-founder Martin Frei, and it shows in the new Gold Edition. Cut from a solid block of 2N yellow gold, with a colour inspired by C3PO and a case shape with hints of the Millennium Falcon, Star Wars design cues abound here. The limited-edition plate on the midcase, which will usually have “25 PCS” engraved to denote the quantity manufactured, has been changed to “FIGHT C19” instead, making this a unique, one-off piece. The charity chosen by the winner is the Liverpool School of Tropical Medicine in the UK. LSTM plays a unique role in the response to COVID-19. It partners with multiple institutions and organisations aimed to have immediate benefits for public health in the UK and overseas. 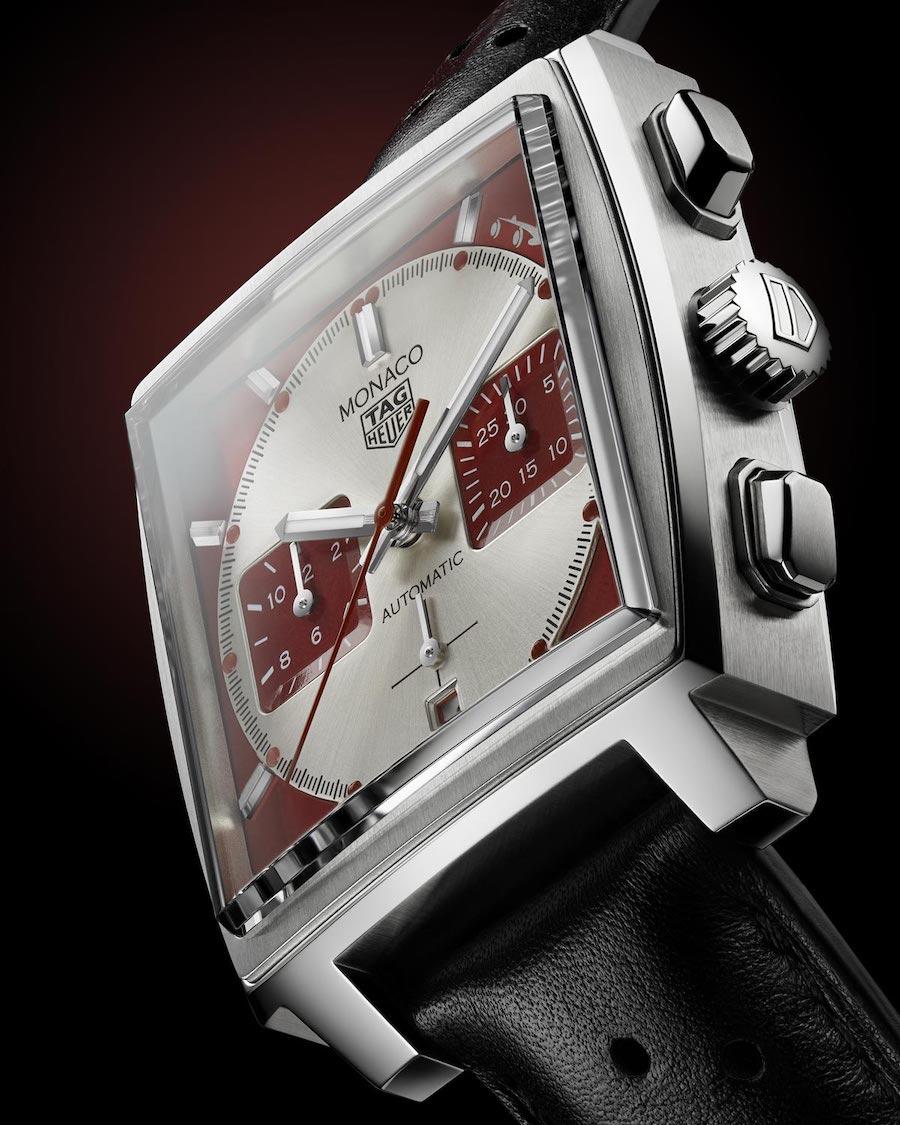 Tag Heuer has announced a partnership with the Automobile Club de Monaco and its prestigious event, the Grand Prix de Monaco Historique, and introduced a limited-edition TAG Heuer Monaco timepiece as a tribute to the famous race. This is the first Monaco release of 2020, after a 2019 that brought us 5 different versions, celebrating the 50th anniversary of the iconic design. According to Tag-Heuer, it “features the signature red-and-white colour code that is reminiscent of eye-catching sports cars from the thrilling world of motor racing.” So I guess it’s sports-car coloured? Regardless, the Rhodium-plated red sunray brushed dial looks lovely and is very fitting within the Monaco aesthetic. Under the dial is the TAG Heuer Automatic Calibre Heuer 02 automatic chronograph movement, oscillating at a frequency of 28,800 vibrations per hour with an 80-hour power reserve. The sapphire caseback has the Grand Prix de Monaco Historique logo printed on it, and there is also the small, vintage-car logo printed on the dial at the 1:30 mark. It’s a nice touch and this might be my favourite Monaco iteration yet. Limited edition of 1000. Available August 2020. CHF 6,700 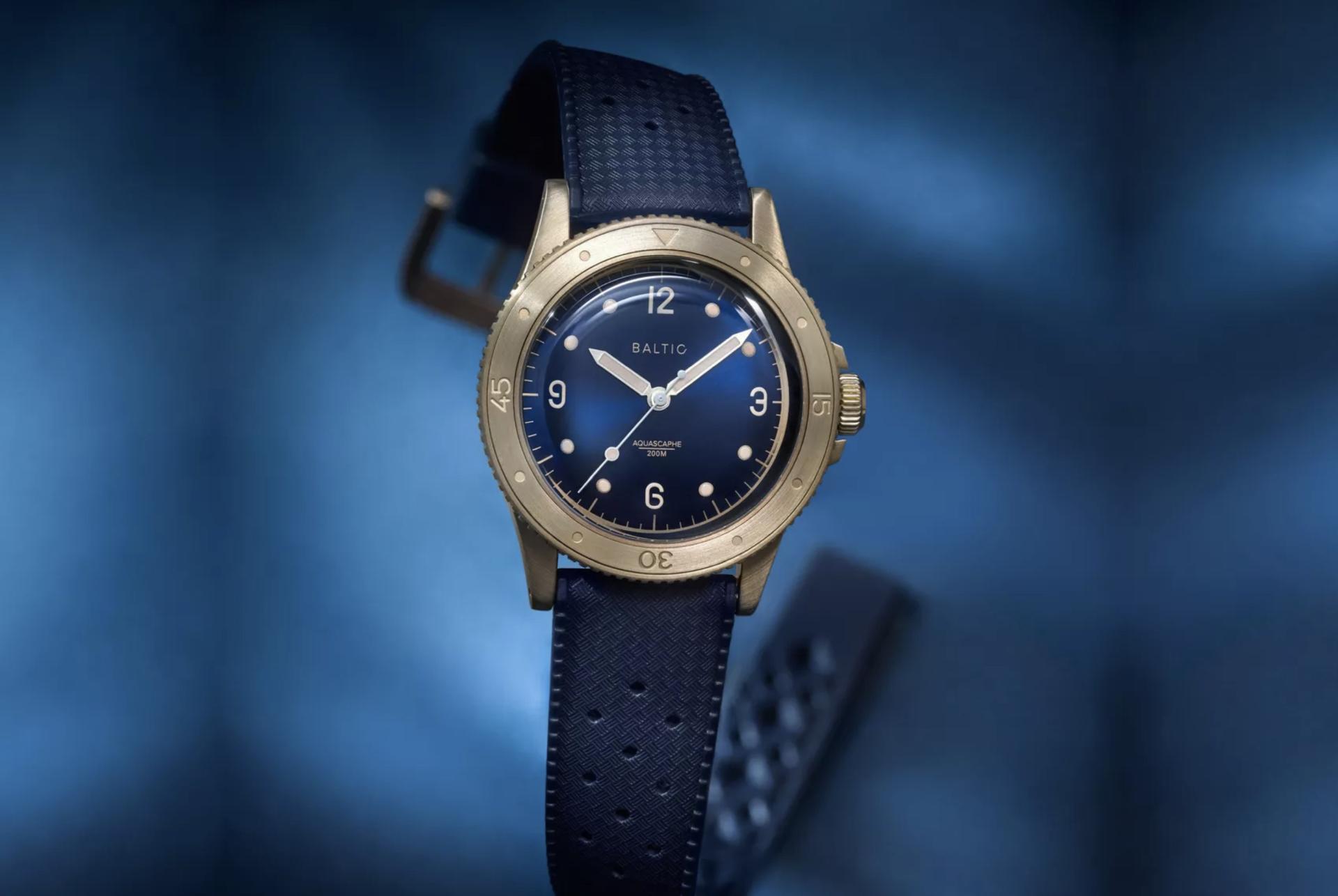 Baltic from France has released a bronze version of their very popular Aquascaphe “vintage-inspired” dive watch. The CuAL8 bronze case is perfectly sized (in my humble opinion, having worn the SS version) at 39mm diameter and 47mm lug-to-lug, with a 13mm thickness. It is powered by the workhorse Miyota 9039, a 28,800vph movement with a 42 hour power reserve. The Sunray Blue dial with bronze-coloured accents looks sharp in the bronze case and matching blue rubber strap. Limited to 300 pieces, available now for €750.00, including VAT. 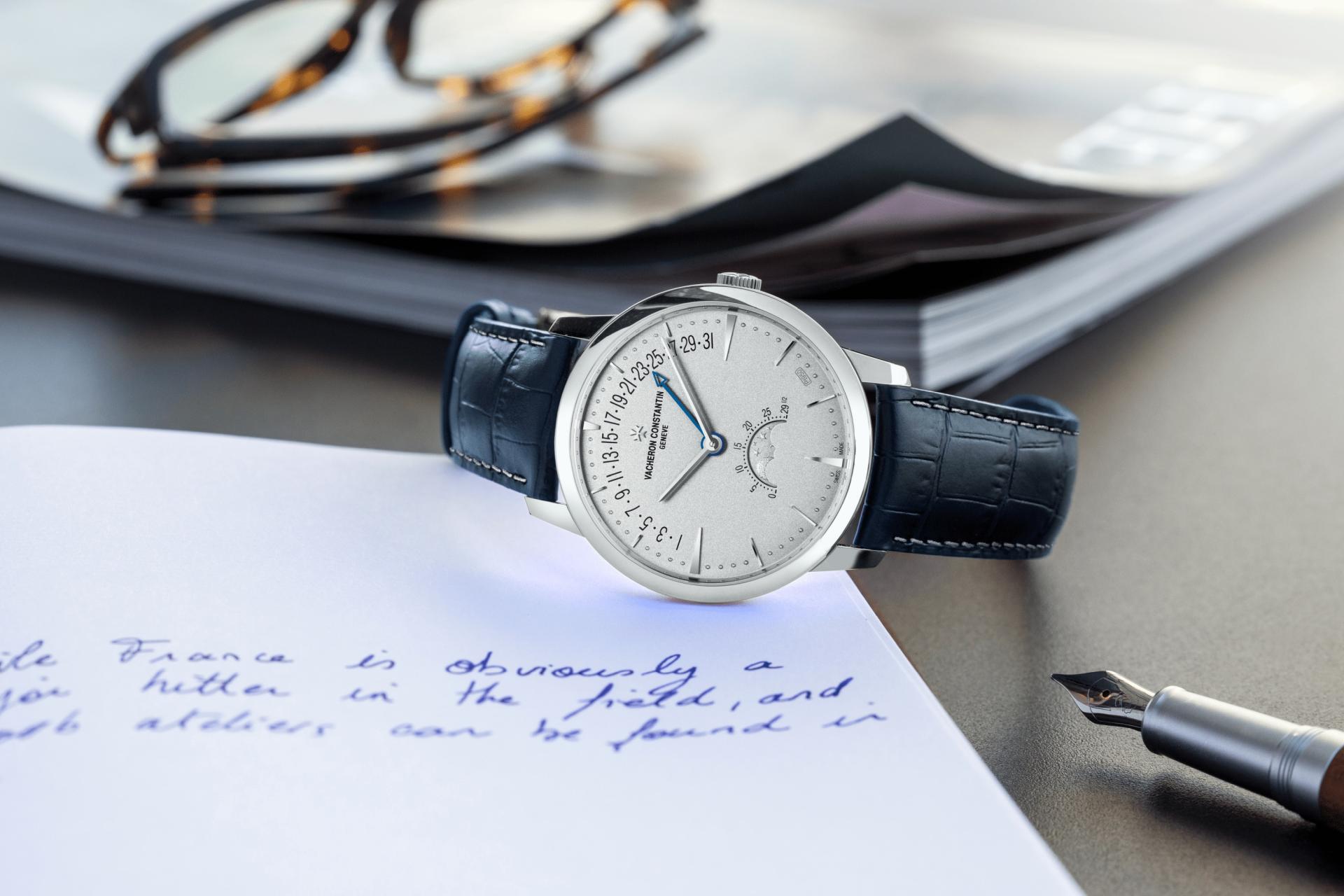 This one is a bit older than a week but I wanted to include it as I find it quite nice. Three years after its initial launch, the Vacheron Constantin Patrimony moon phase retrograde date is joining the Collection Excellence Platine concept. Launched in 2006, it offers collectors limited-edition versions of existing watches made in 950 platinum. The case, crown, dial and buckles are all crafted in this precious metal, and even the alligator strap is stitched with platinum and silk thread. No luxurious detail is overlooked. The sandblasted platinum dial and moonphase disc look especially nice.The Patrimony moon phase retrograde date, or PMRD as I will call it from now on to save keystrokes, was first released in 2017 in white and pink gold versions, and is one of VC’s signature pieces. The PMRD is powered by the automatic 2460 R31L calibre with a 40-hour power reserve and limited to 50 pieces. $67,000

Bell & Ross introduces the BR 03-92 HUD, modeled after the Heads Up Display used to convey information to pilots in fighter jets without making them look down at the instrument panel. Like this:

Considering that Bell & Ross is most well known for their square-shaped, instrument-inspired designs, I’m a little bit surprised this watch didn’t exist until now. Rendered in a matte black ceramic 42mm case, the dial has the four right angles familiar to anyone who has ever seen a HUD, in real life, video games or Top Gun. The hour hand is printed on a rotating disc, while the minute and second hand are of the more traditional, center-mounted sort. All dial markers are painted with a green SuperLuminova. The main event here is probably the green sapphire crystal, which really completes the HUD appearance and gives this one a very unique look. Under the hood is the BR-CAL.302, a Sellita SW300-1 based movement beating at 28,800 vph with a date and a 38 hour power reserve. Limited to 999 pieces. Preorder now for June 2020 delivery. £3,200

In 2014 MB&F + L’ÉPÉE 1839 teamed up to create their first table clock, the Starfleet Machine. Now, after six years and 11 other magical horological creations, they have returned to their roots for the Starfleet Explorer. The 2020 refresh comes in a smaller size, with colourful accents and now includes three small spacecraft that complete an orbit of the space station every five minutes. The beautifully-finished, in-house movement has an eight-day power reserve when fully wound. I have long been a fan of this collaboration and their wonderful machines, and the latest does not disappoint. Available now in blue, green or red. 10‘700 CHF. 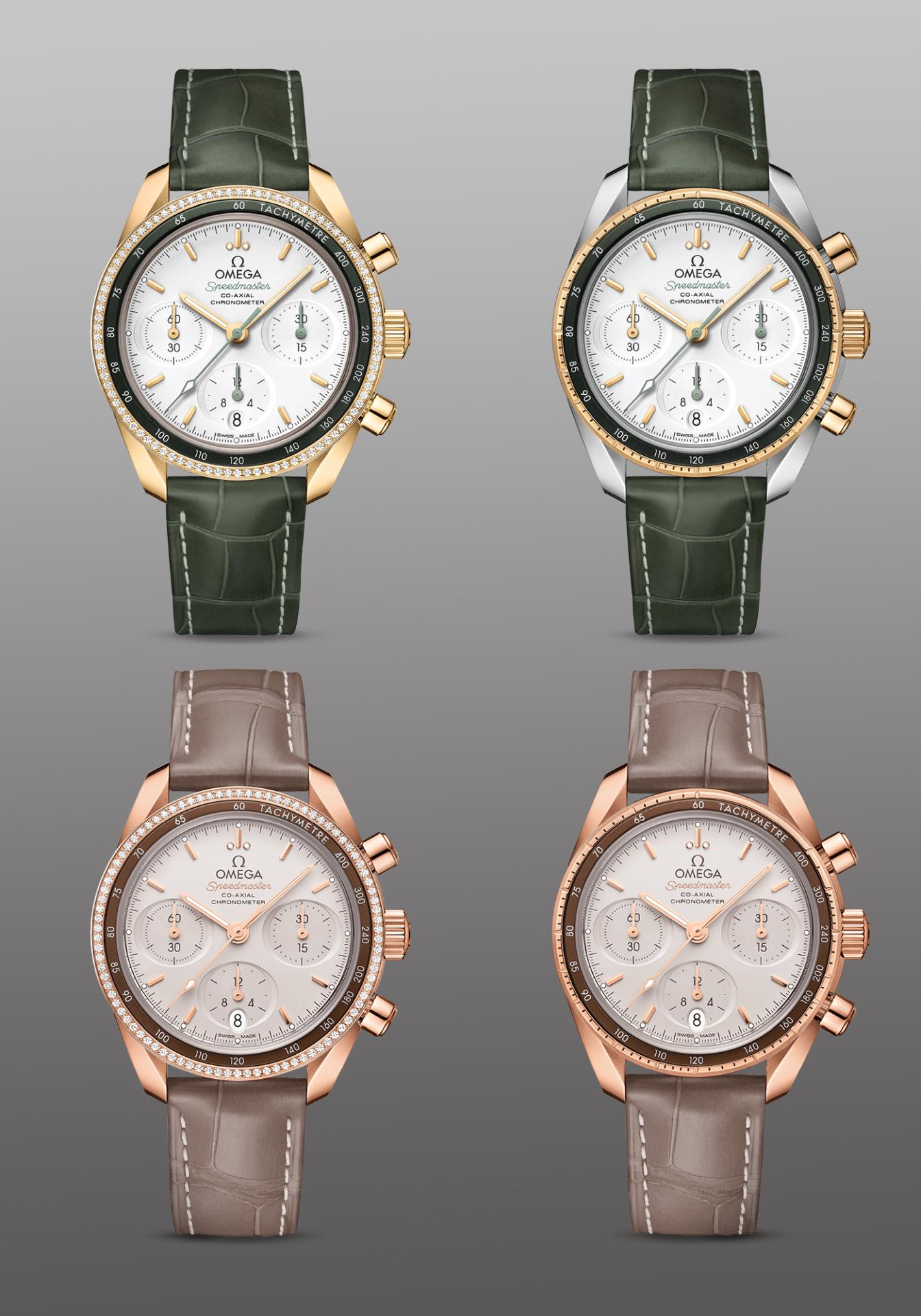 Last, but certainly not least, Omega released four new speedmaster references to add some variety to our Speedy Tuesday™ Instagram feeds. Part of the female-focused Speedmaster 38mm collection, there are two in yellow gold and two in Sedna gold, which is Omega’s proprietary alloy of gold, copper and palladium. The yellow gold version features a silver dial with green accents and comes on a green crocodile strap, while the Sedna gold version has a “cappuccino” dial, brown accents and a taupe coloured strap. Each is available with or without diamonds around the outer bezel, obviously at a premium. The case is of the vintage Speedmaster persuasion, with the iconic twisted lugs and no crown guards. A sapphire crystal with anti-reflective treatment on both sides protects the dials. All models are running the OMEGA Co-Axial Calibre 3330, an automatic chronograph movement with column-wheel mechanism and Co-Axial escapement. All are available now through Omega’s online shop (since boutiques are all temporarily closed). The two standard bezel options retail for $15,600 and the two diamond-accented versions for $18,900.

That should just about cover the news and releases for the week. Stay safe, stay inside, take your vitamins, eat your Wheaties. See you next time.