The world appears to have well and truly gone to sh*t- not even Tom Hanks is safe. The cold and precise horological world waits for no mortal pandemic, however, so here’s a little recap of the last week in watches. Joking aside: from everyone here at Scottish Watches, we hope you’re all doing okay. Keep in touch! 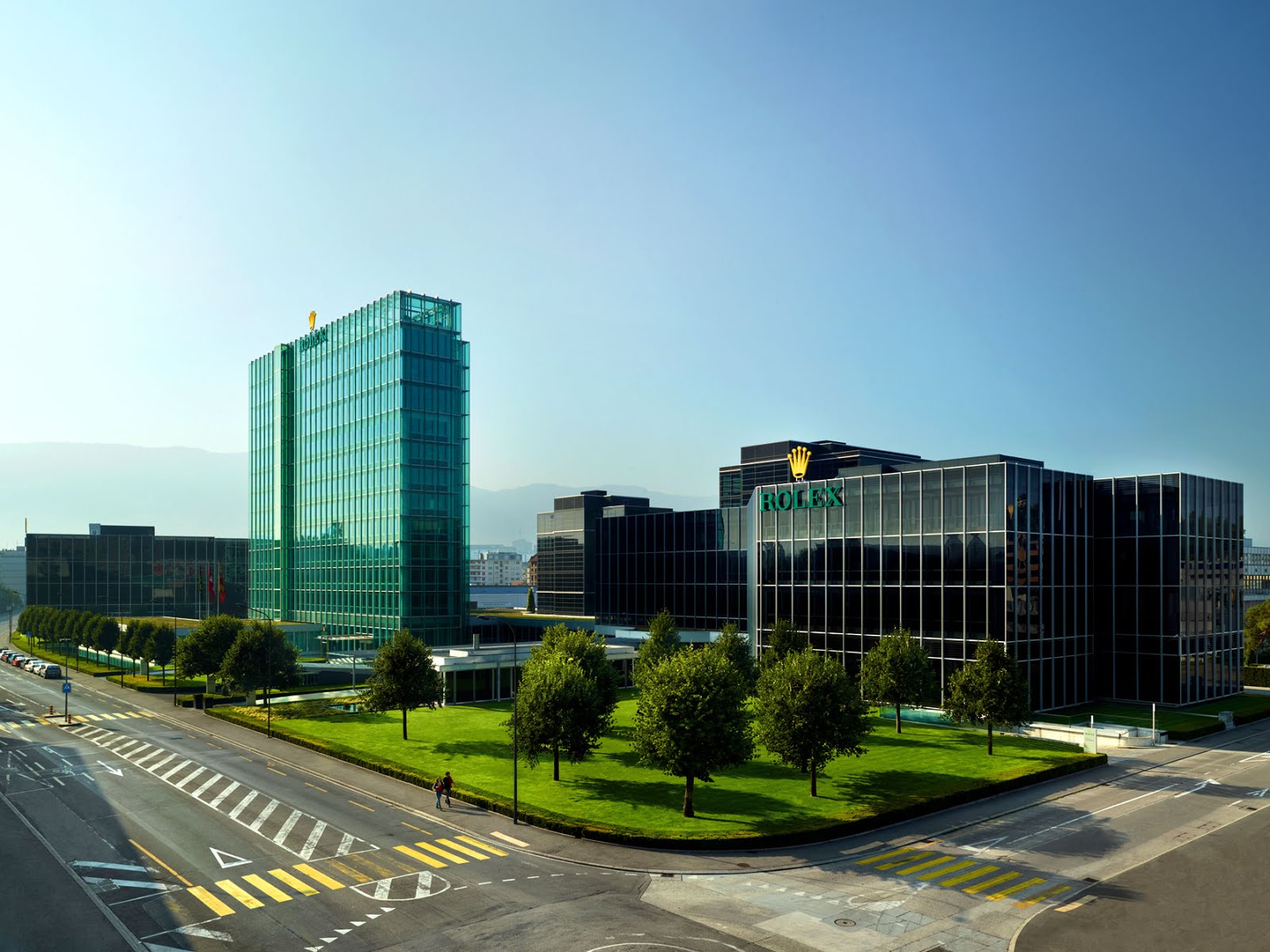 “Hey, at least now we might be able to buy steel sports Rolex”, said a bunch of total clowns on the internet. Then, the unthinkable happened: as of today, Rolex’s factories are shut for 10 days, potentially more, in response to the unfolding pandemic. It’s almost as if they’re staffed by human beings, or something. On a more speculative note, it’ll be interesting to see what the effects of a Rolex shutdown will be, if it’ll even be possible to measure them. 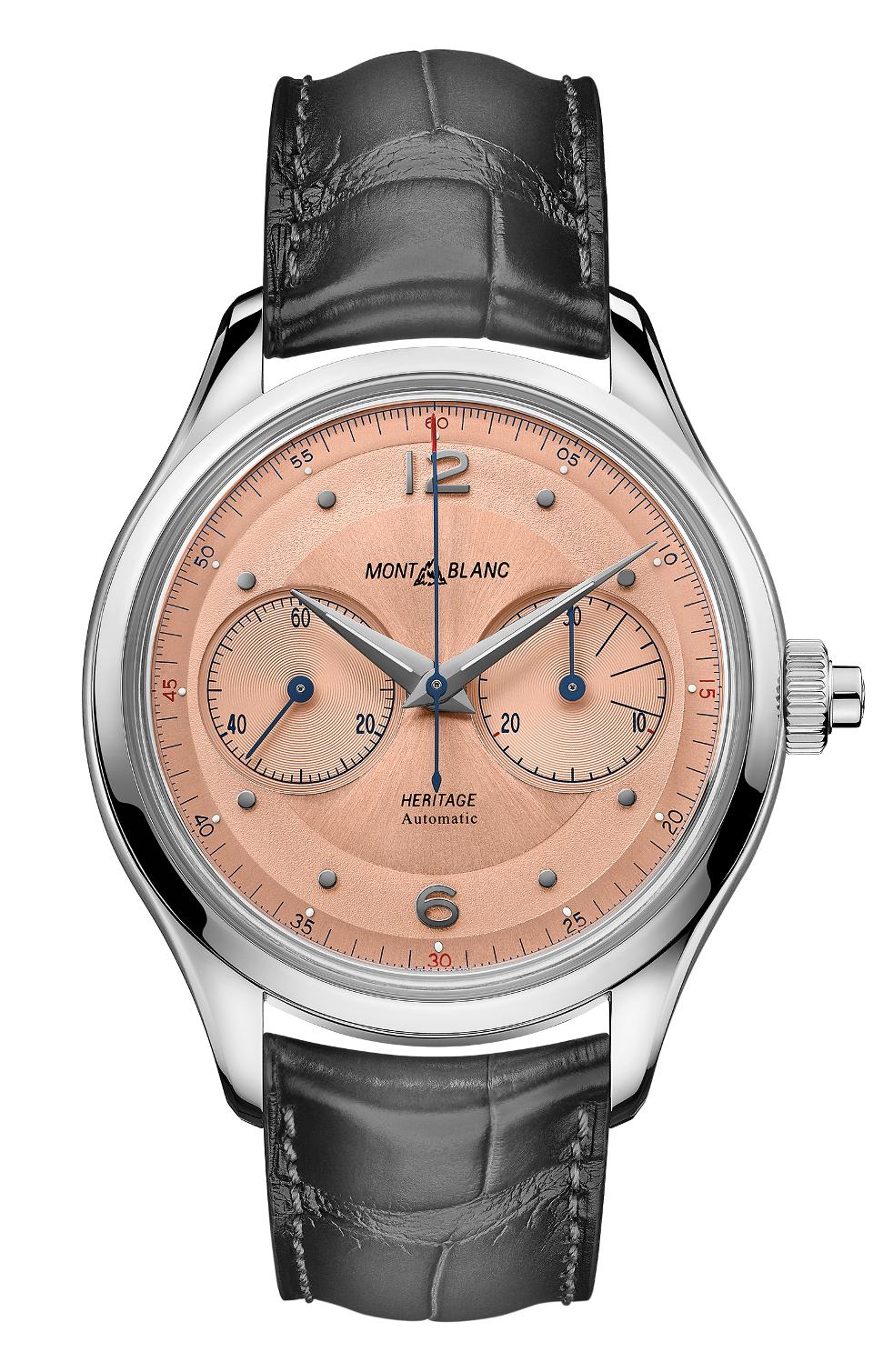 Montblanc is apparently still determined to make you take it seriously as a watch brand, and it’s pulling no punches. Its three new Heritage watches look pretty impressive to me- I love a monopusher chrono, me, so I’m particularly intrigued by this salmon dial fella over here. Looks like there’s no shortage of detail here: definitely ones to see in person before you judge, I’d wager. 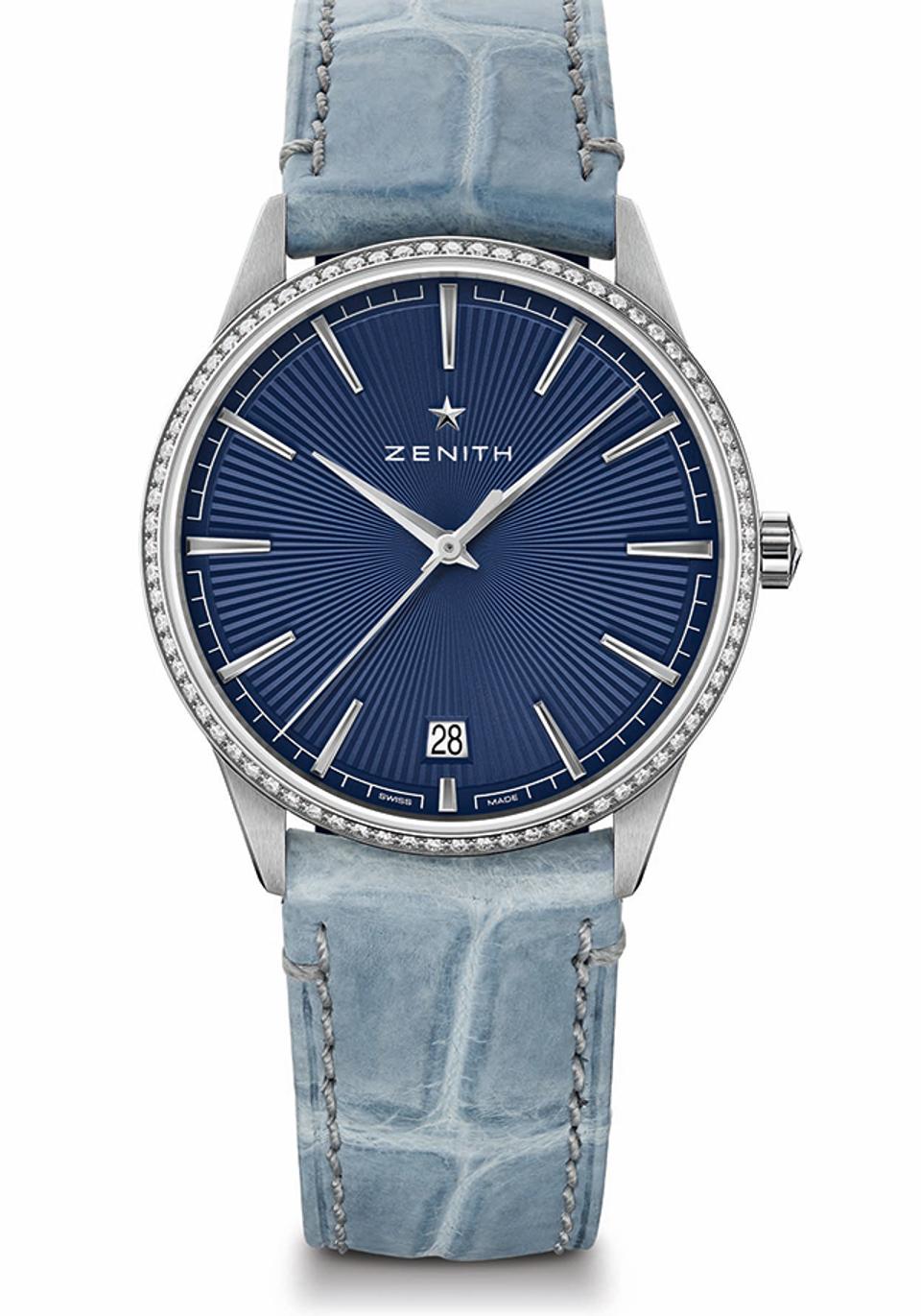 If you ever run into me at a RedBar or, god forbid, voluntarily try to talk to me about watches, you’ll know that I never shut the f**k up about unisex designs- for this reason, I’m always interested in a brand’s “ladies” collection, as it can be a telling insight into how the brains behind the products are wired. The ones that bridge the gap most effectively are generally the ones that excite me the most (NOMOS are a great example), and Zenith’s first-ever dedicated ladies’ collection is certainly promising- sensibly proportioned, extremely cool case designs and dials, mechanical manufacture movements, diamonds in all the right places. A couple of them look uncannily like Rolex Cellinis, but I don’t really have a problem with that, and particularly wouldn’t say no to the blue variant. Credit to Zenith where it’s due: this certainly isn’t a dismissive endeavor, and they clearly take prospective female clients seriously. 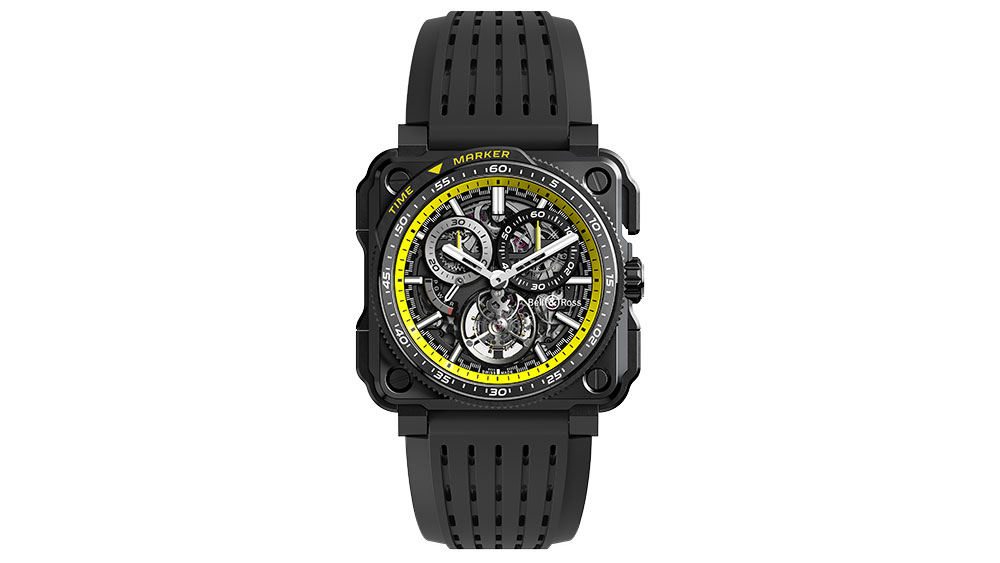 Bell & Ross have teamed up with Renault to produce four new F1-themed chronographs, which are certainly yellow. You know the drill by now: blah blah blah, “represents two brands with shared values coming together” blah blah, limited to 999 pieces (because f***k you) blah blah. I will say, though, that the tourbillon (even more limited, at 20 pieces) looks like a pretty incredible piece of tech. And, at a measly $194,000, it makes for [checks notes] a real value proposition. I’ll also say that, while the dial layout of the more conventional racing chrono BRV3 94 RS20 seems to be strongly dividing opinion, I’m actually kind of into it on first glance. What do you think, folks: hit or miss for the Frenchmen? 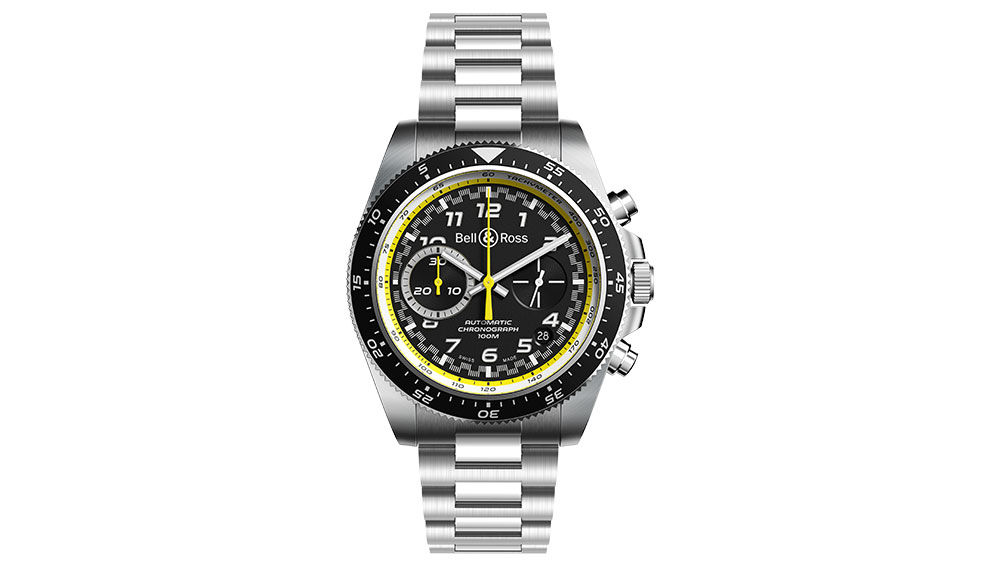 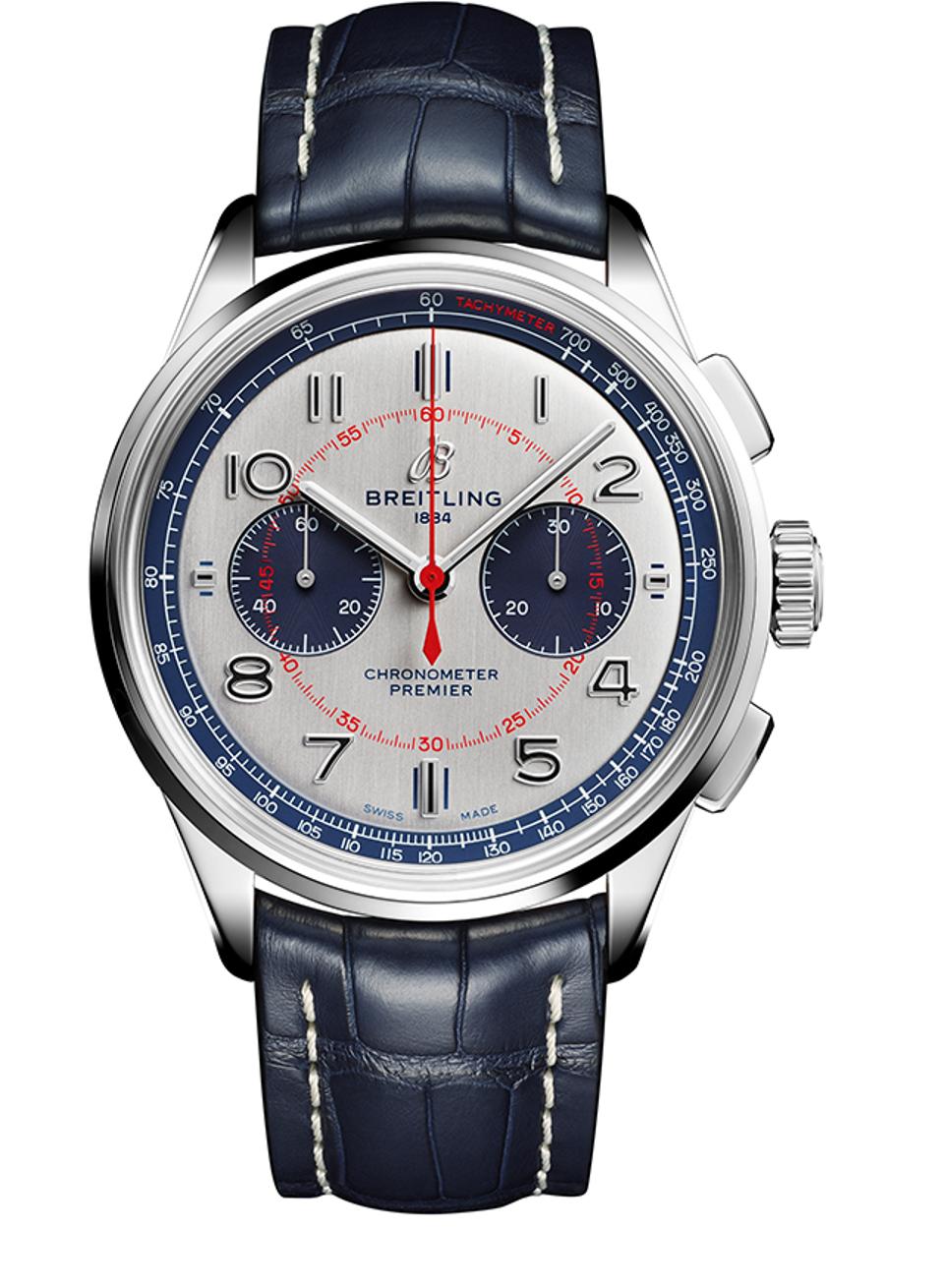 Oh, boy. Another limited-edition watch loosely based on a car? You’re being too kind to me, 2020. Knock yourself out, I guess, if by some bizarre circumstance you can’t find a Carrera. 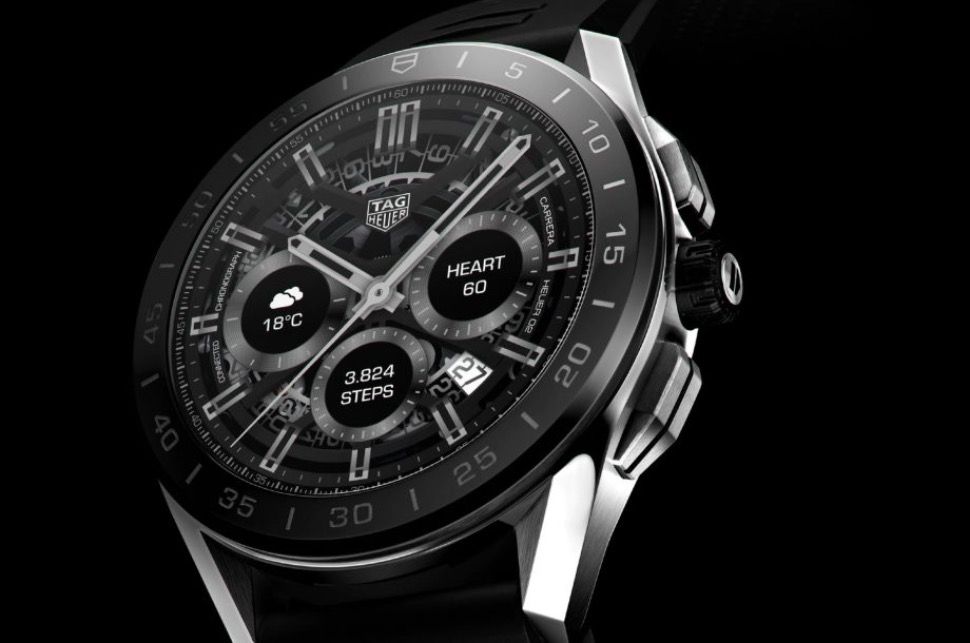 The latest iteration of TAG’s Connected smartwatch has been unveiled. The sleeker design language of the new Connected seems to be edging closer and closer to that of its mechanical counterparts in the TAG catalogue- this is presumably intentional, and I imagine the brand are hoping to position their smartwatches adjacent to pieces like the Carrera. Impressive technical capabilities aside, is a $1400+ TAG smartwatch something anyone actually wants? Jean-Claude Biver certainly seemed to think so, and has claimed that the previous Connected was selling on-par with the Carrera Heuer 01. Go figure.

I’m as surprised as you are: that is to say, eh, a little bit, I guess. The ‘Dink have dropped the latest instalment of Three On Three- for my money, a show that has always been one of their better video properties. This one has a bit of a twist, however: it seems the NYC regency have one eye on the impending collapse of the global economy, and have done the whole episode in character as a bunch of lowly peasants. You heard me: not one of the three watches on display costs more than $1,000. There’s even a bloody Tissot in the office, unless they greenscreened it in. Coronavirus or no, you can bet the Hodinkee boys were clamouring for the hand sanitizer after touching such grubby plebian junk. 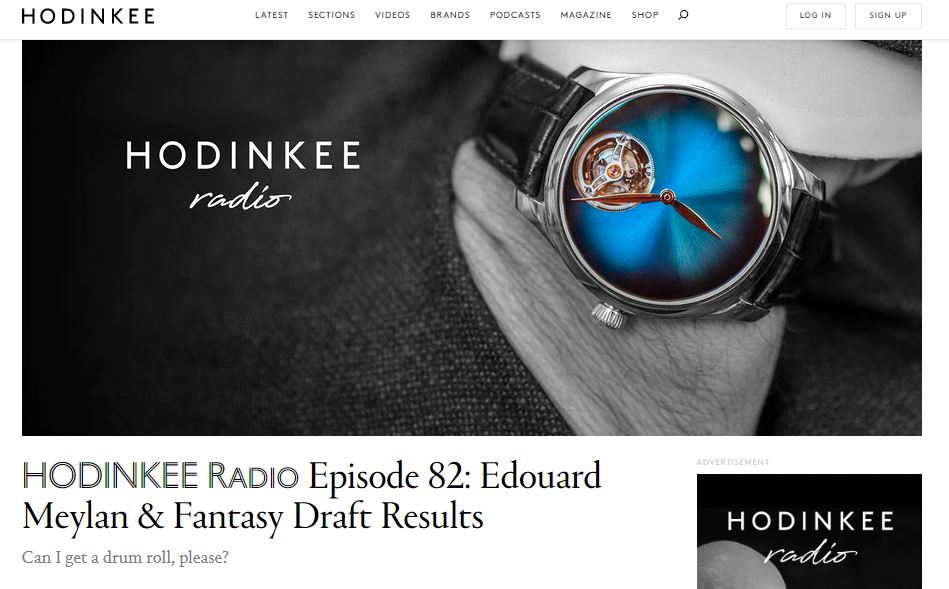 While we’re talking all things Hodinkee, the results of their recent Watch Fantasy Draft poll are in. Alas, it appears that, despite all your valiant efforts, the Scottish insurgency was not enough to put our man Cole at number 1. Far from it, the villainous Messrs Pulvirent and Korhonen appear to have conspired to discount all Scottish Watches-affiliated voting. This is, surely, a flagrant violation of all democratic principles- and there was I, for but a fleeting moment, thinking that Hodinkee could perhaps be men and women of the people after all. For shame!
But wait, perhaps this isn’t quite the end of the Scottish Watches/Cole Pennington saga after all…stay tuned.