(Editors note: by way of a somewhat sarcastic response to the title of this Article 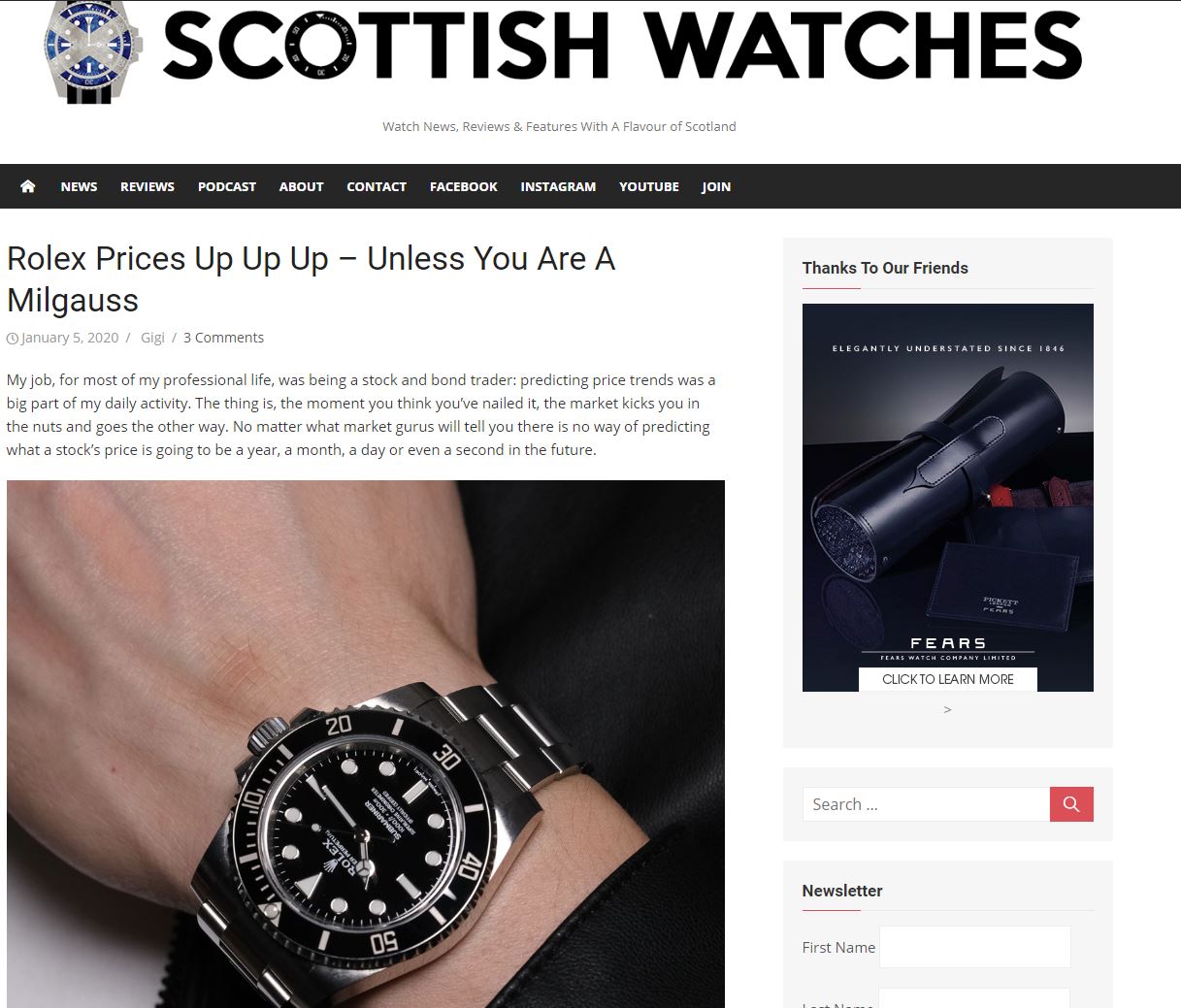 instagrams most famous Milgauss supporter has something to say, so over to @Mr_milgauss)

Out of all the models that Rolex produce, I guarantee the model that nobody will give a toss about is the Milgauss. Why would anyone ever pick an overpriced, time only oyster perpetual with a silly lightning bolt second hand? You’d have to be some kind of fool to buy one.. 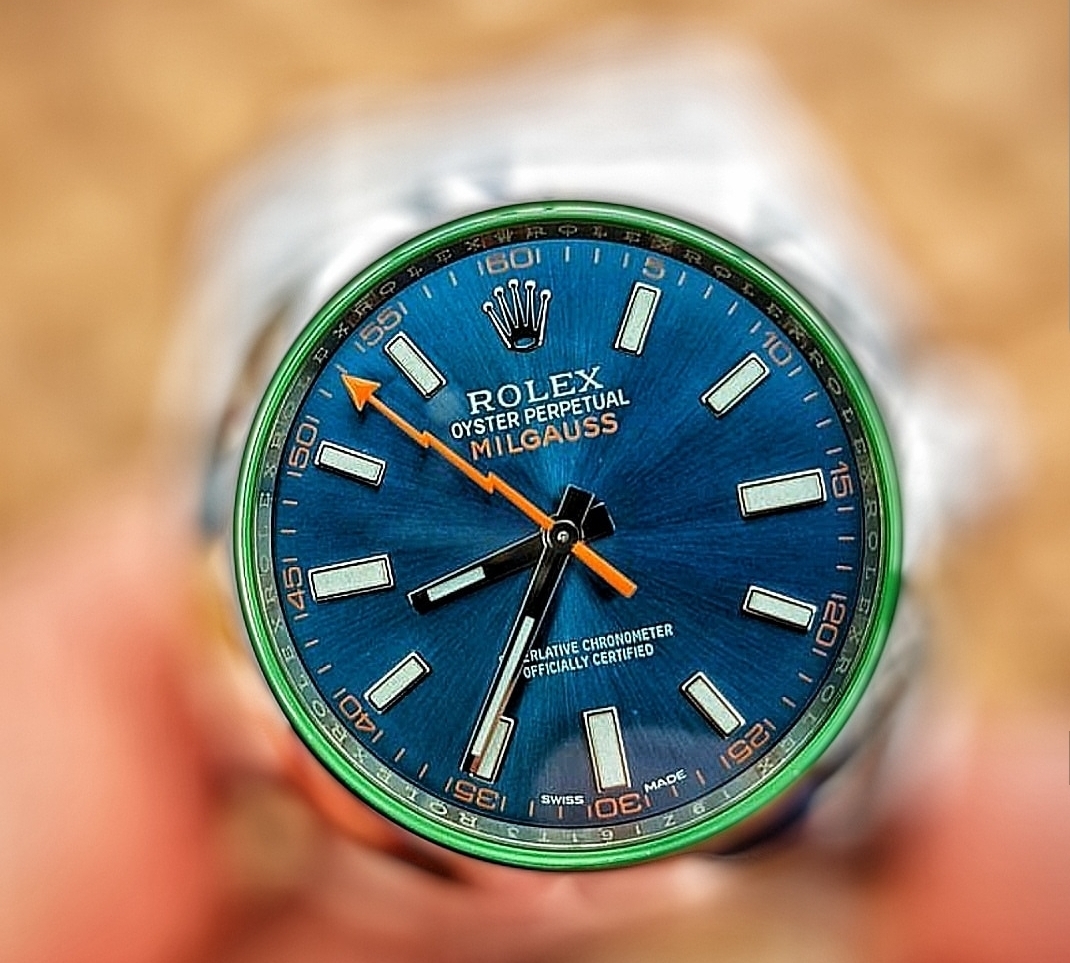 I bought my Milgauss back in 2014, a few months after the new Z-Blue model was released at Baselworld. This would be my wedding watch and the watch I’d never part with, so I had better pick the right one. My head was originally set on a Submariner no date (which was still possible to buy from my AD) but the flashes of colour from the white and black dial 116400 caught my eye. After seeing both of these pieces I mentioned the new release to the sales assistant and she disappeared behind some doors. Moments later she comes back very pleased with the first 116400GV z-blue in the east of England. Needless to say I snapped it up real quick and the champagne was flowing. 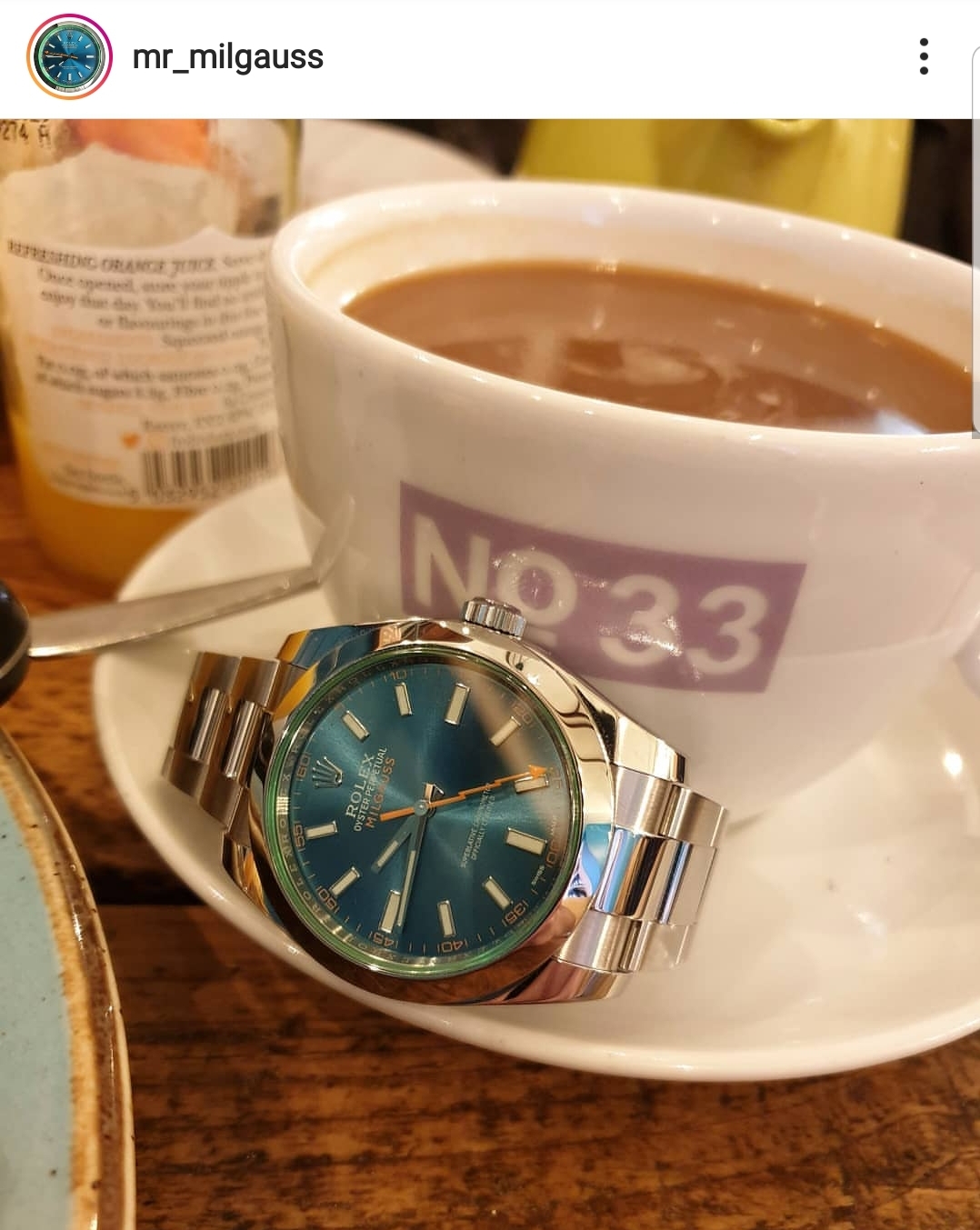 Inside my safe sat the Milgauss for 16 months, untouched and unscratched, until my wedding day. I’ve never had an emotional connection that strong with any watch, and I doubt I ever will again. It sits atop my coronet tattoo proudly as a symbol of my marriage, my love for funky watches and not taking things too seriously. 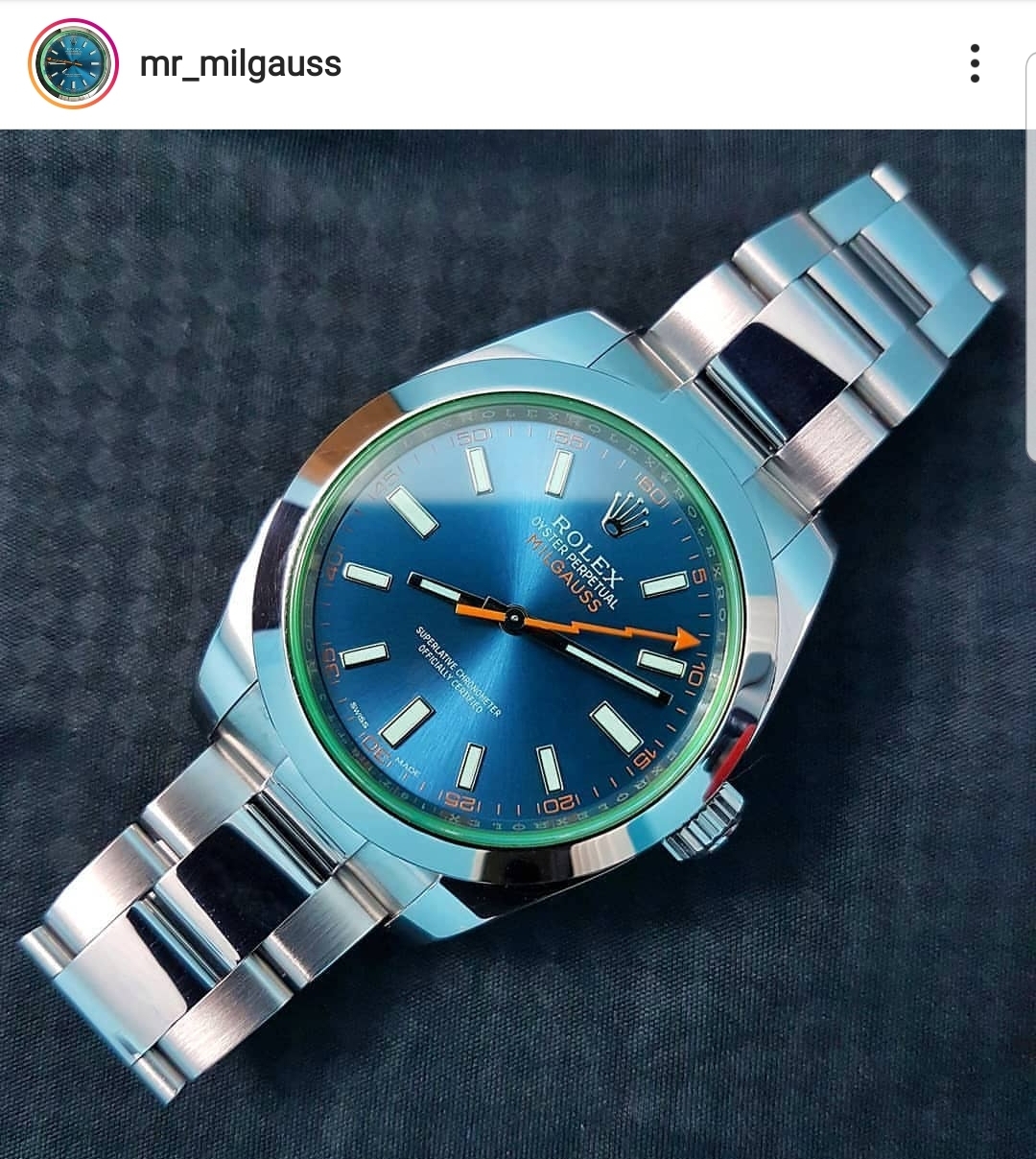 I’ve taken so many different shots of the Milgauss and I’m never disappointed. The 40mm case is perfectly sized, the 3131 calibre lightning bolt ticks beautifully, the electric sunburst blue dial pops in any light and the green sapphire crystal completes the mad ensemble. To this day I’ve never seen another 116400 of any variant in the wild, some might say it’s because it’s a shitter..I like to think it’s rare. 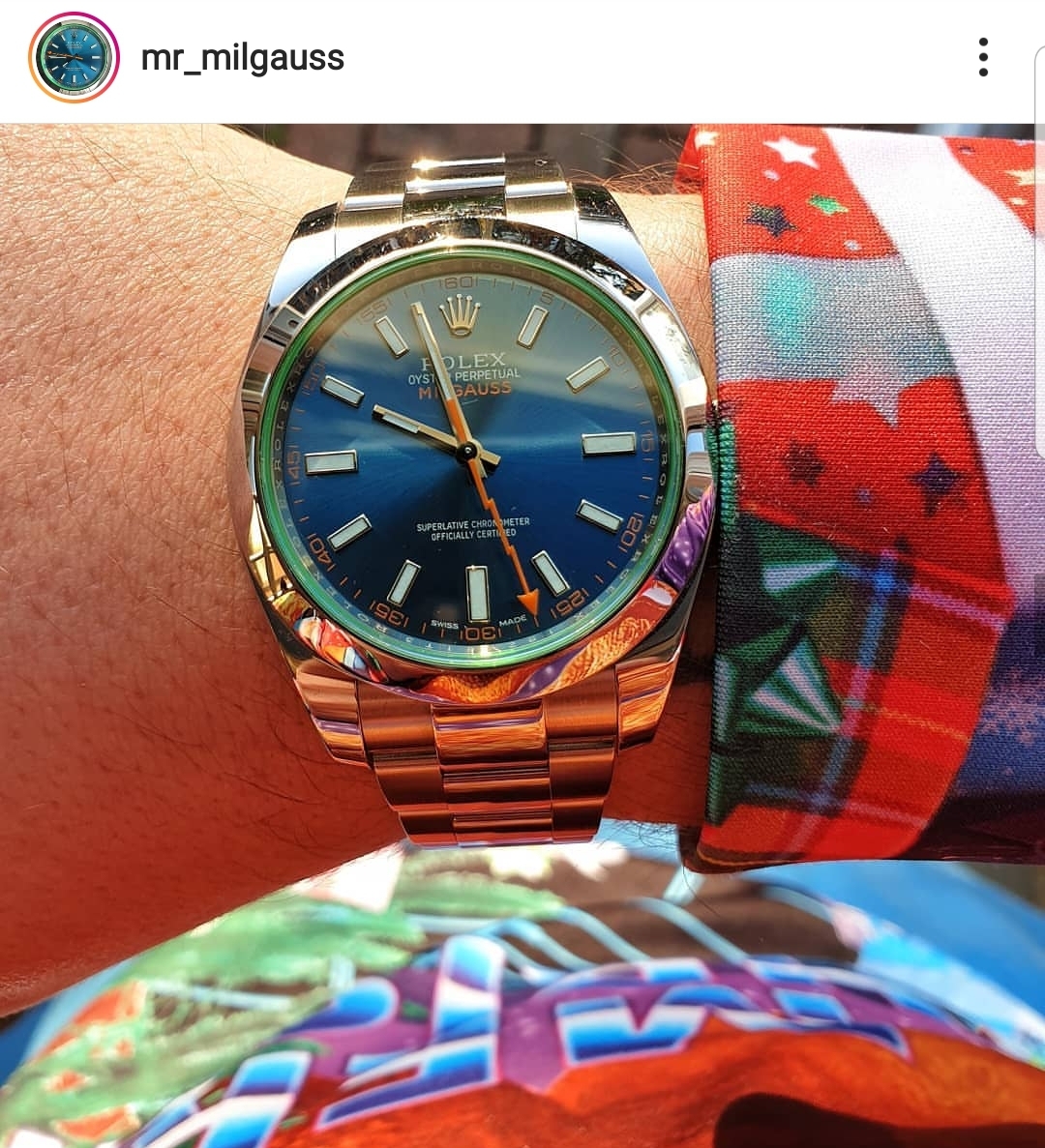 Like most enthusiasts, I have attended a handful of watch events over the years and 95% of my experiences have been positive.. however, my 5% negative happened on the evening after Salon QP 2018. The event was a massive success and after taking countless pictures of MB&F pieces and talking with actual Max Busser I was on cloud 9. After the event, I hopped onto the underground and pulled up to Balham station, round the corner from where I was staying that night. I exited the station, rounded the corner and started walking towards my hotel. Just up ahead is a guy with his hood up walking towards me, nothing unusual I thought until he was next to me. He pushed me to the wall and took out a Stanley knife, demanded I ‘Hand over the rollie or I’ll fuck you up’. The first thought in any normal person’s mind would be self preservation.. hand over the watch and not be harmed that day. My heart stopped and I had a chill run down my spine, for what seemed like an eternity. I still hear the voice ringing round my head to this day. Out of my right peripheral 2 guys run up and shout at the potential attacker, forcing him to run and allowing me a chance to process what just happened.

This has taken a bit of a dark turn, hasn’t it ?

Must look up how to end an article. 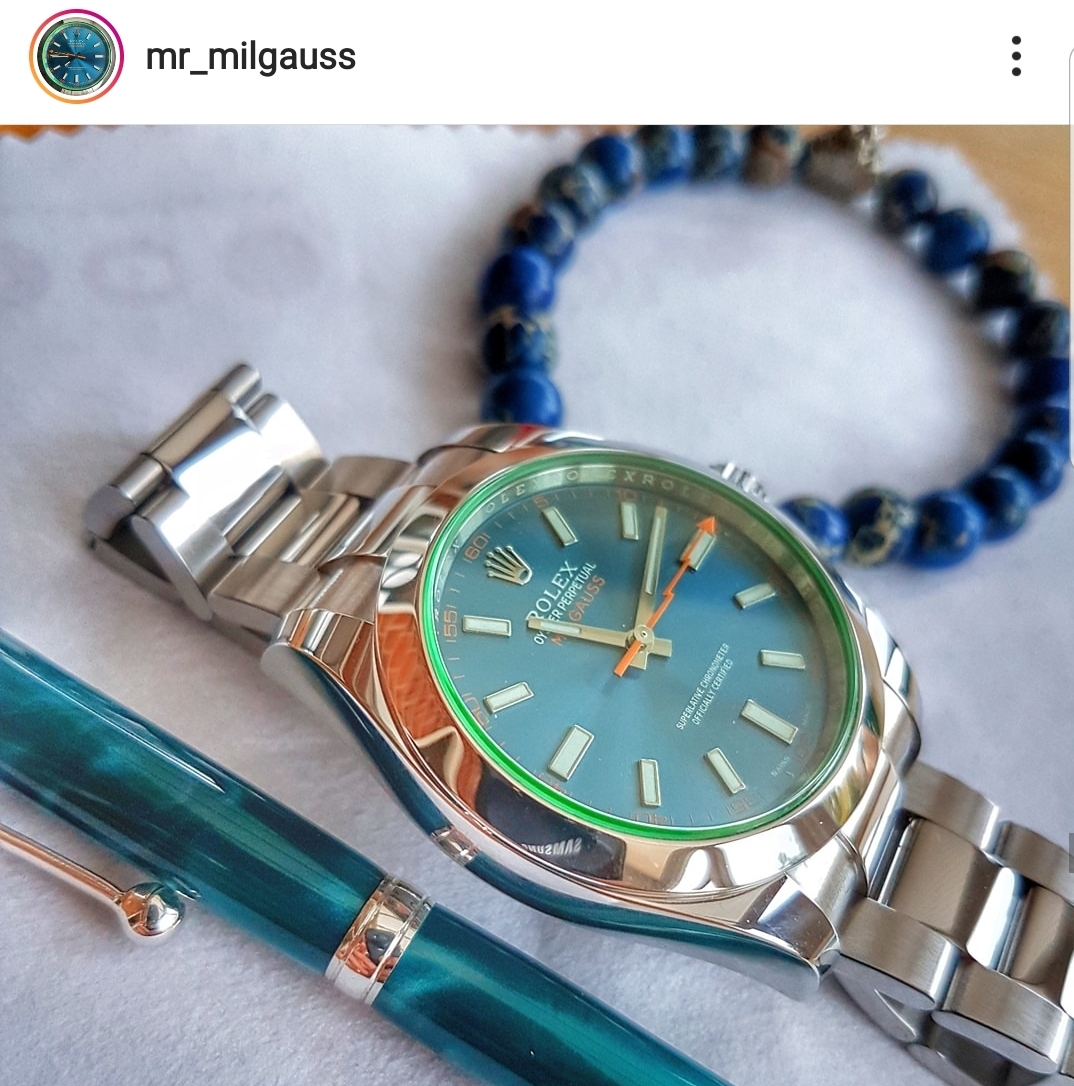