Happy New Year #watchfam and welcome back to #halfwatchtuesday! Just like everyone else, we’re refreshed and recharged after a busy holiday period and we’re ready to get right back into bringing you the best #halfwatchtuesday that we know it can be. We have a few new ideas that we’re tossing up with at the moment, hopefully to bring us in line with this crazy horological world of ours, so we’re both very excited to see what this year brings! Although, spilling the beans now would spoil said surprises in the future, so ‘y’all’ will just have to sit and be patient!!

Now contrary to popular belief, I am not a huge fan of New Year’s resolutions as such and not for some warped sense of why one would need to improve upon perfection (space for SW to insert witty remark here).(no need. Ed) It’s actually because I am one of the biggest procrastinators I know and therefore very rarely am I able to last until mid January changing what I swore I would set out to change. Having said that, what I feel more confident in doing is setting more realistic watch related goals, as I know that these are more a work in progress goals and not something that by any stretch be achieved this year. So, I thought I’d briefly let you in on what these were, as I’m curious as to if others share similar ideas.

Now obviously I’d be some sort of galah for thinking that this was a possibility. Although for those of you who have read my previous articles, you’ll know of my thoughts regarding what my next purchase will be. Since then, I seem to have gone off slightly on the Nomos, not to say I won’t get it someday I just don’t think it’ll be my next watch. Yes, the El Primero is definitely in the mix. Heck, I want that watch so much. However the more I see the Grand Seiko Snowflake or even the GS Elegance GMT, the more I realise how much I’d love a GS in the collection and how it could be either of these two. So, watch this space.

I am fast realising that this is one of those classic goals that one could spend a lifetime adhering and working towards. And yet its something I’m really passionate about learning and improving, not just for watch photography purposes but for real-life stuff too. The science behind photography is just phenomenal and how minute tweaks can make rather significant differences to your photo. I am lucky enough that I have a number of good mates who know a lot about such things and even being around them, picking up pointers and tips not only regarding photography itself, but the editing of such photos is just so invaluable. It’s also interesting how you can see a certain style in people’s photography, a signature if you will. Now I don’t feel I have this as such yet: I take a photo of one of my watches, I edit it a bit until I’m happy then I post it. I don’t feel I have a particular style yet, so I’m hoping with a bit of practice once I have some decent kit, I’ll start to develop a style that people will recognise as mine. That may be nice to have.

Obviously saving the most important until last here! I remember Omair and myself chatting about taking a wee break over Christmas and thinking is this the best thing to be doing. I couldn’t have been more wrong! As much I enjoy the interaction, it’s sometimes nice to go away and recharge a little and come back refreshed and raring to go. As I mentioned above, we got a few thoughts in the background as to how move #halfwatchtuesday forward (as Omair says if we’re not moving improving, we’re moving backwards) so along with continuing our weekly articles and live watch reviews, we’ll have a few surprises for you guys throughout the year!!

So again, the only part of this article anybody ever reads, the top pictures of the week! Honestly, seeing said creative juices flowing after a period off has been wonderful to see, keep it up guys!! 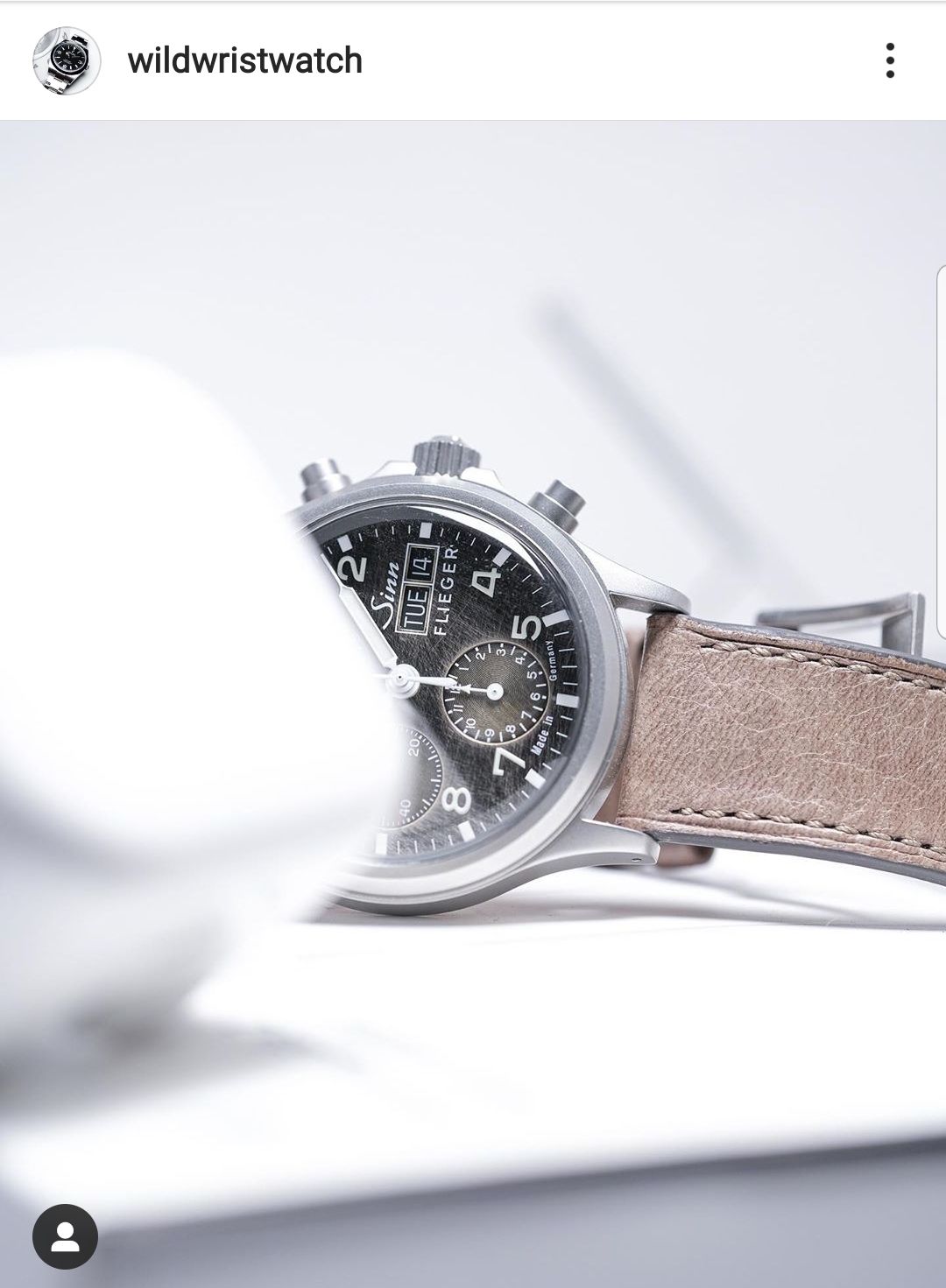 Kicking us off is a sweet shot from @wildwristwatch who just managed to snap his Sinn Flieger in time for #halfwatchtuesday. Loving the depth profile here buddy! 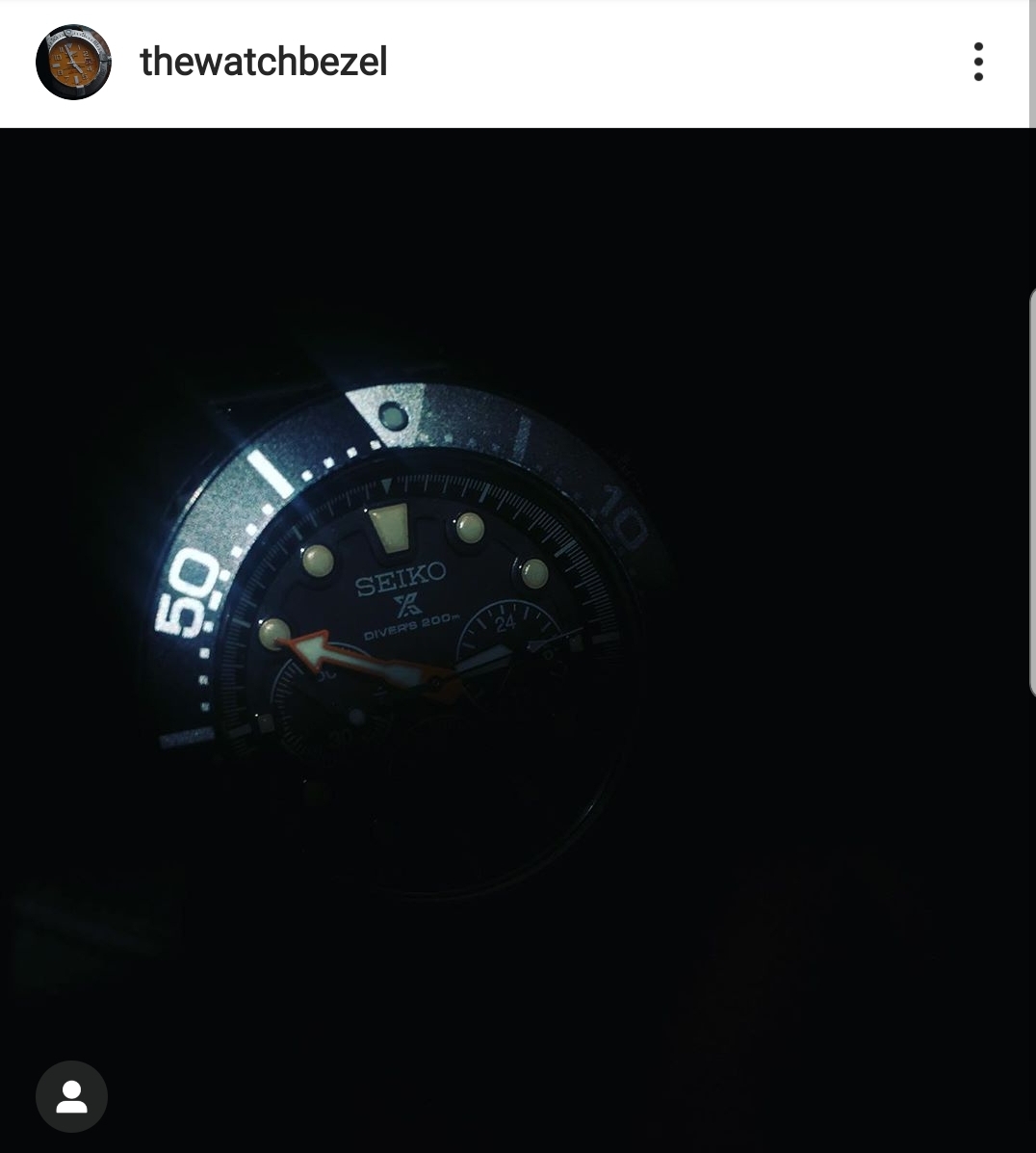 As Lego Batman once said “all the best things begins with black” and the next shot by @thewatchbezel is no different, with a cracking Seiko shadow capture. 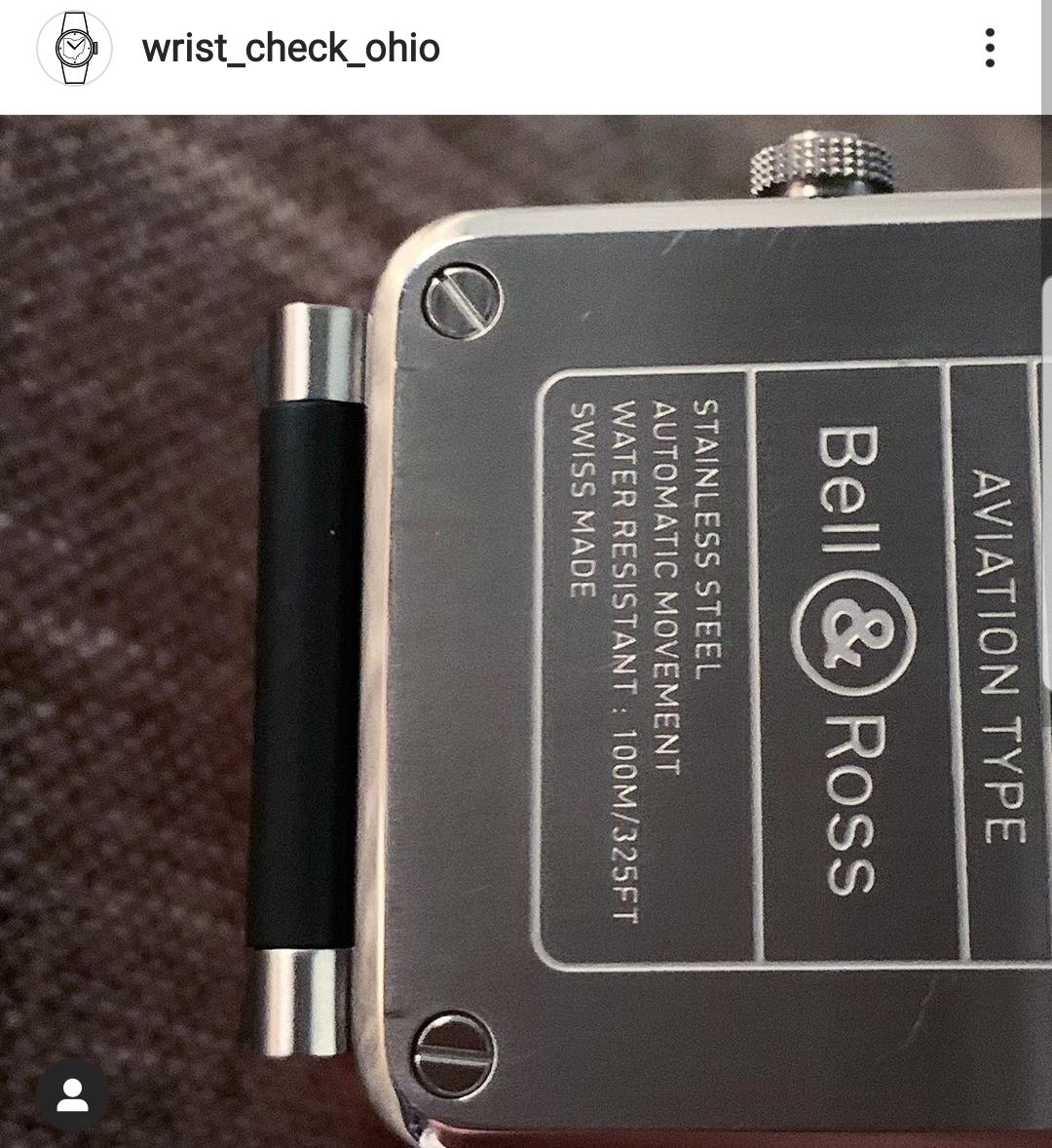 Now it may be @wrist_check_ohio’s first #halfwatchtuesday but you would swear that he’d been doing it for years, such is the quality of his Bell and Ross shot. Welcome to the movement pal! 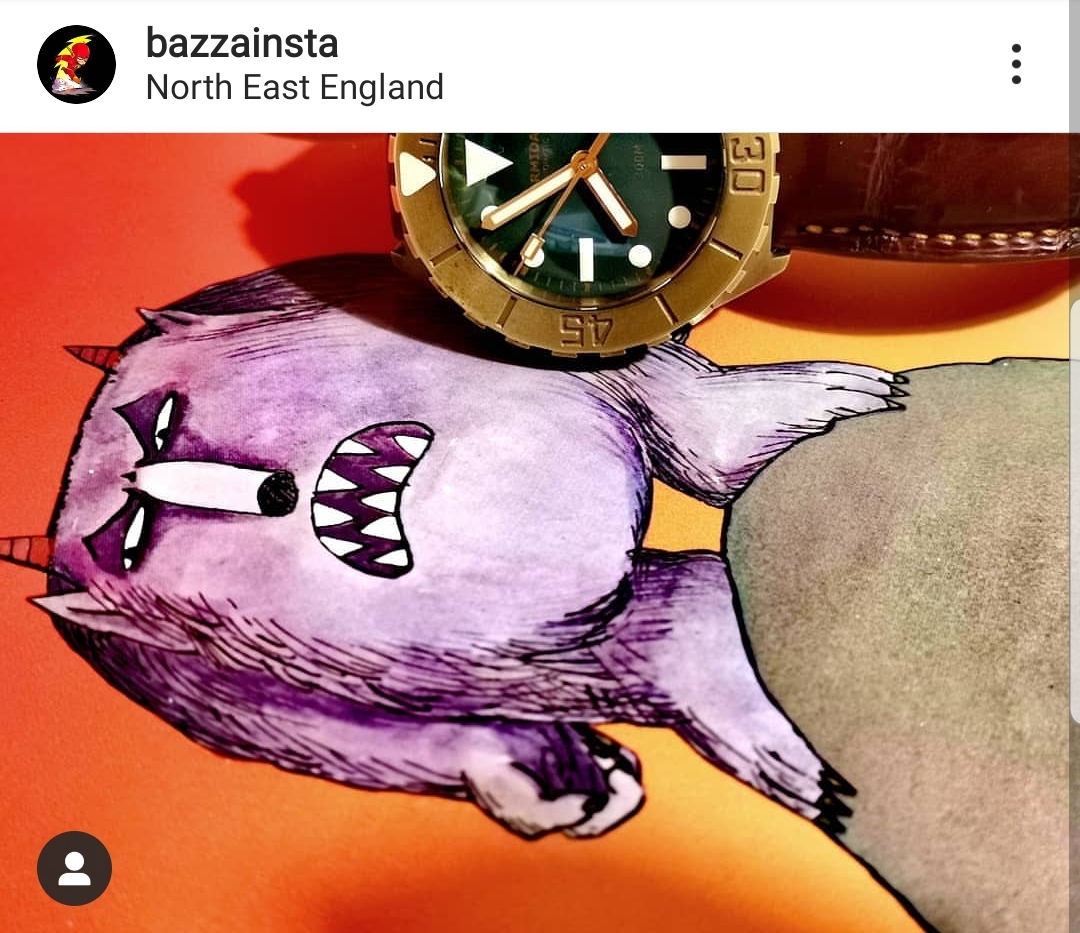 Now I’m not one to ever take credit for anything, so for @bazzainsta to use inspiration from me for his #halfwatchtuesday submission was rather humbling, especially when he portrays his Armida so nicely. Brilliant shot chief! 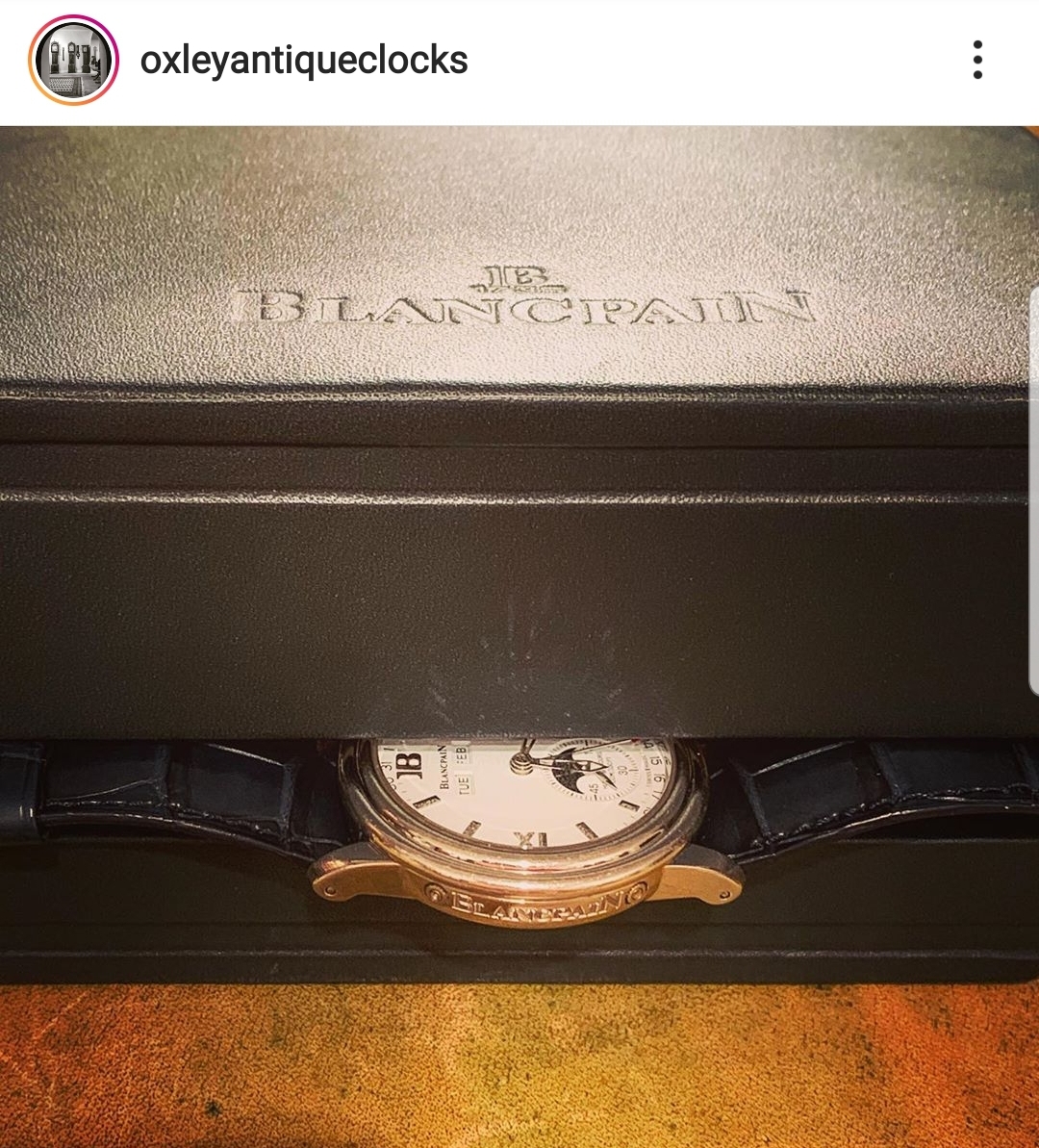 Regardless of whether @oxleyantiqueclocks Blancpain Leman is going out or going in, the quality of the submission is just phenomenal 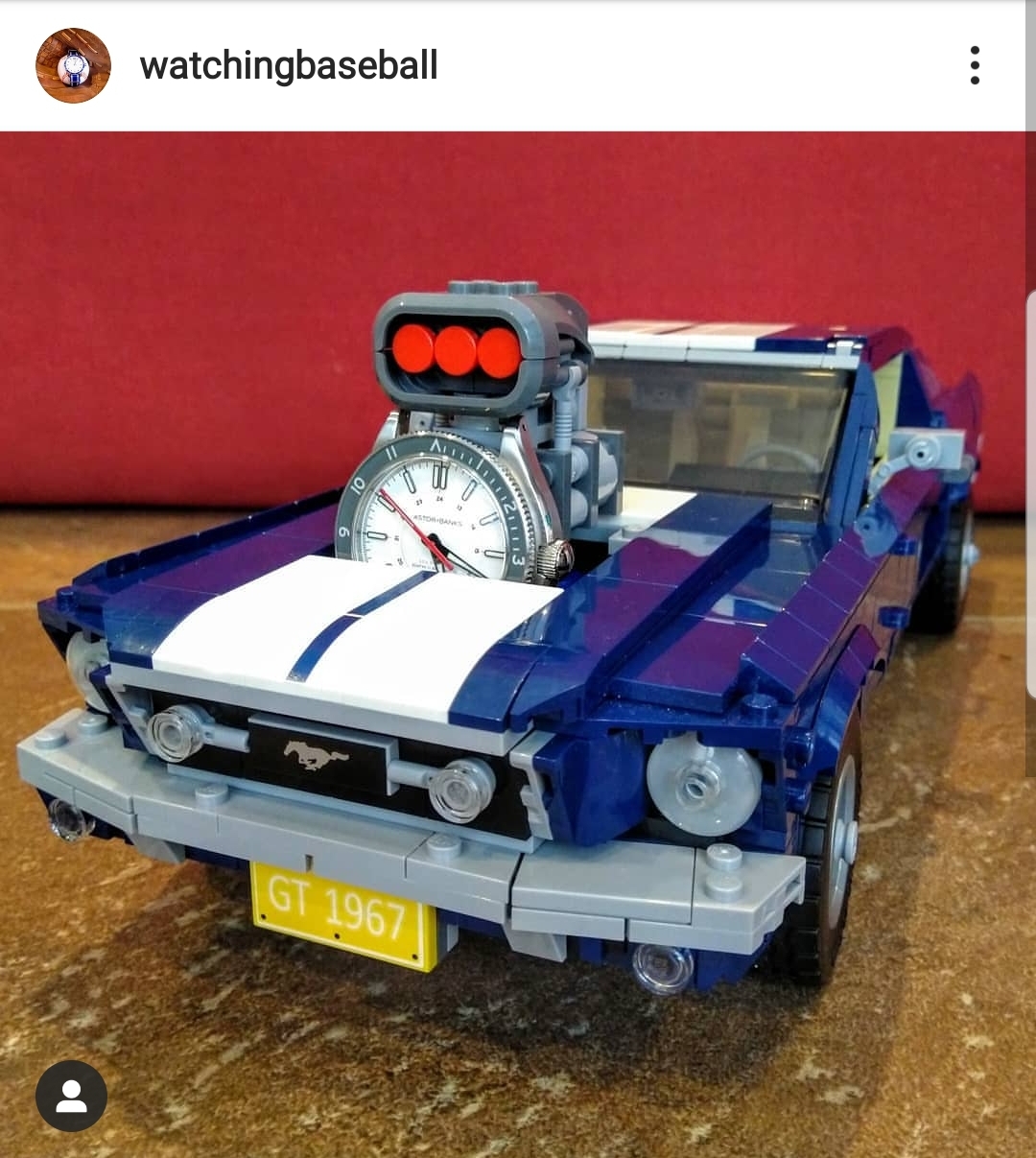 Bringing a bit of muscle to #halfwatchtuesday is @watchingbaseball, hiding his Sea Ranger within the heart of his Mustang (Lego albeit). This speaks to me on so many levels man, wicket shot! 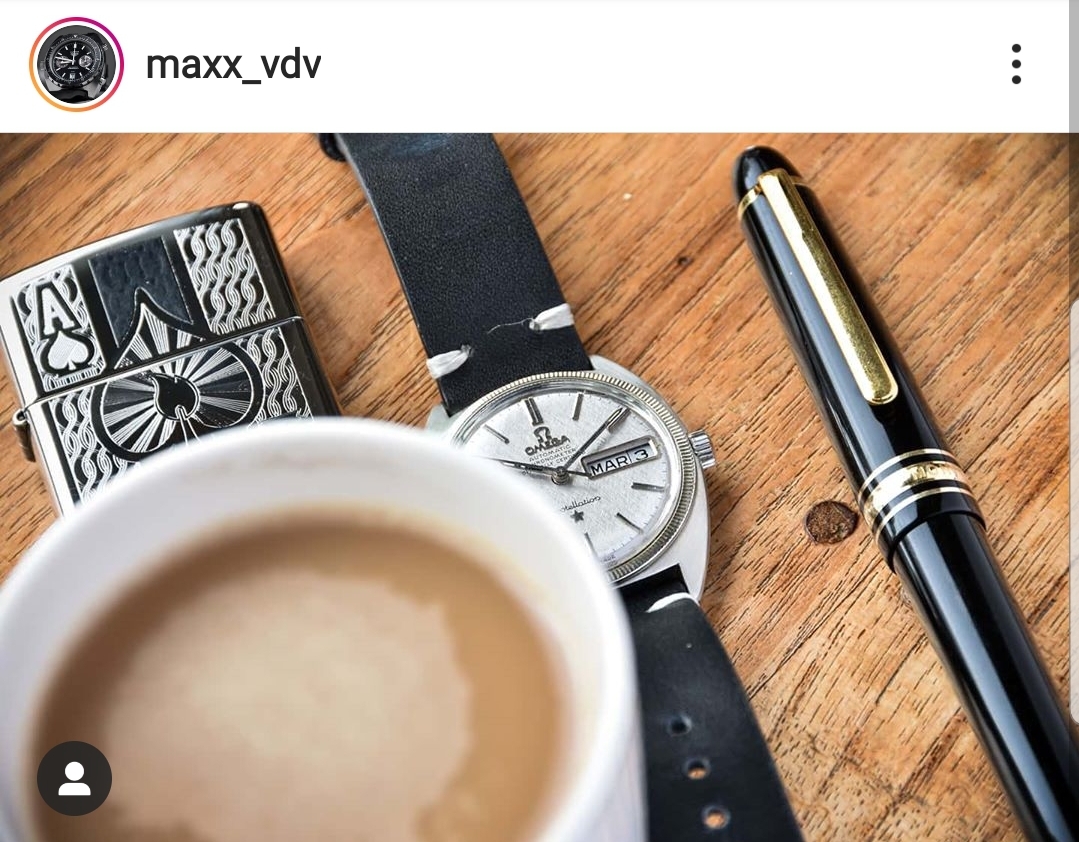 We here at #halfwatchtuesday have always known @maxx_vdv to be a class act. His submission of his Omega Constellation is absolutely no different. Beautiful shot man! 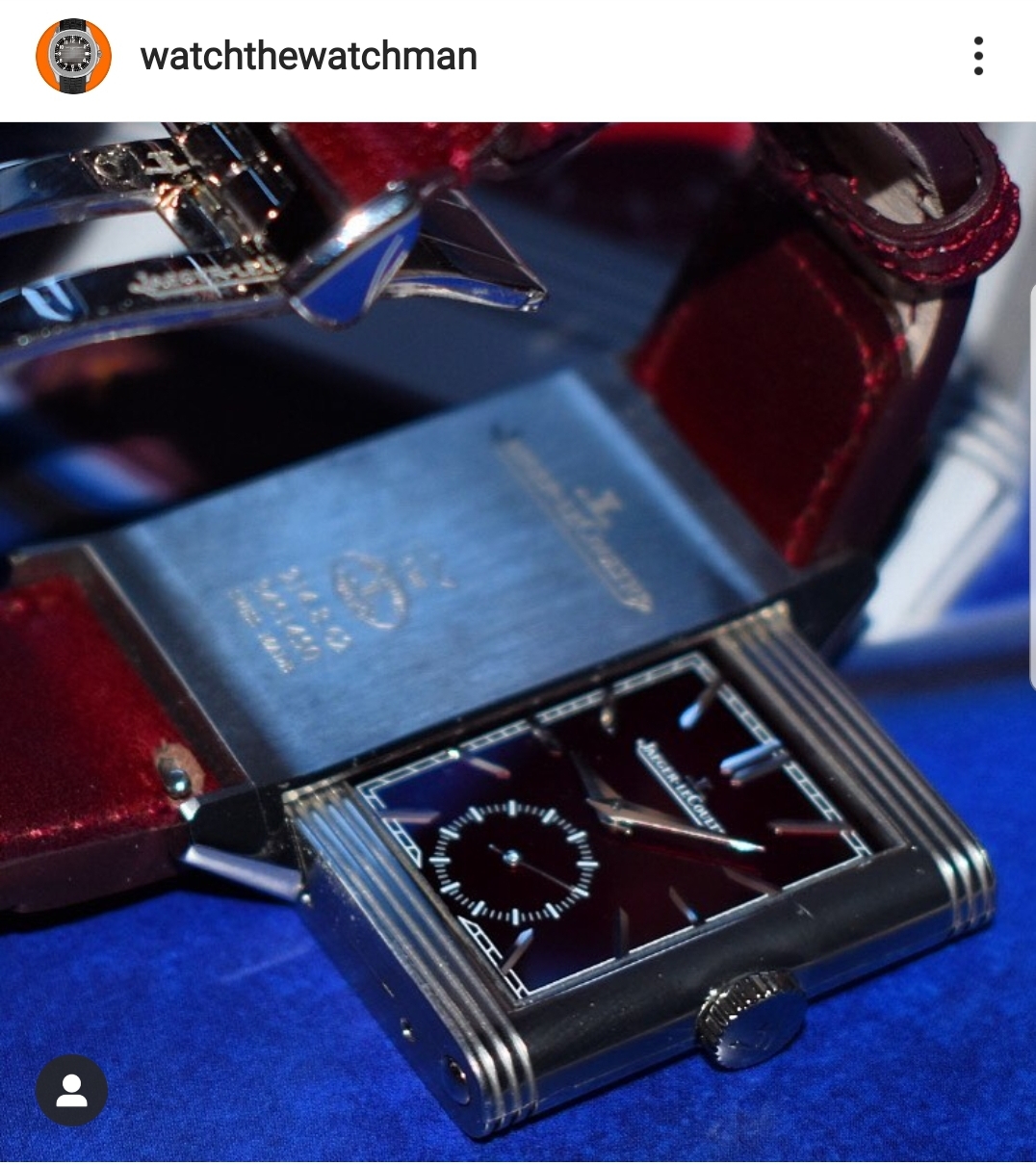 @watchthewatchman has obviously read the #halfwatchtuesday guidebook from cover to cover, such is his capture of JLC Reverso being well within the rules of submission. Cracking shot buddy! 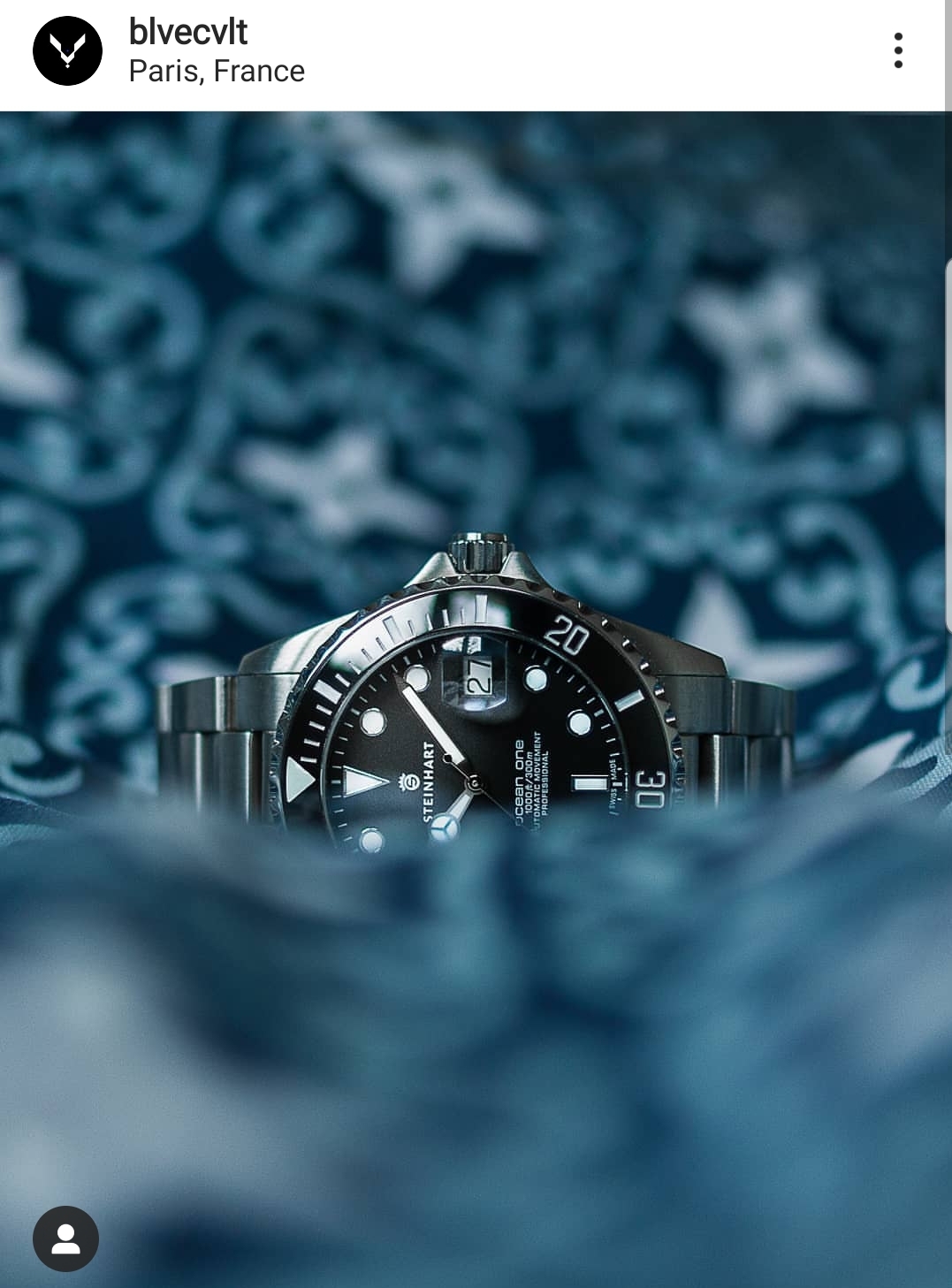 @blvecvlt then brings a whole load of texture to #halfwatchtuesday with a sweet as the capture of his Steinhart. The colours and the detail is just exquisite. 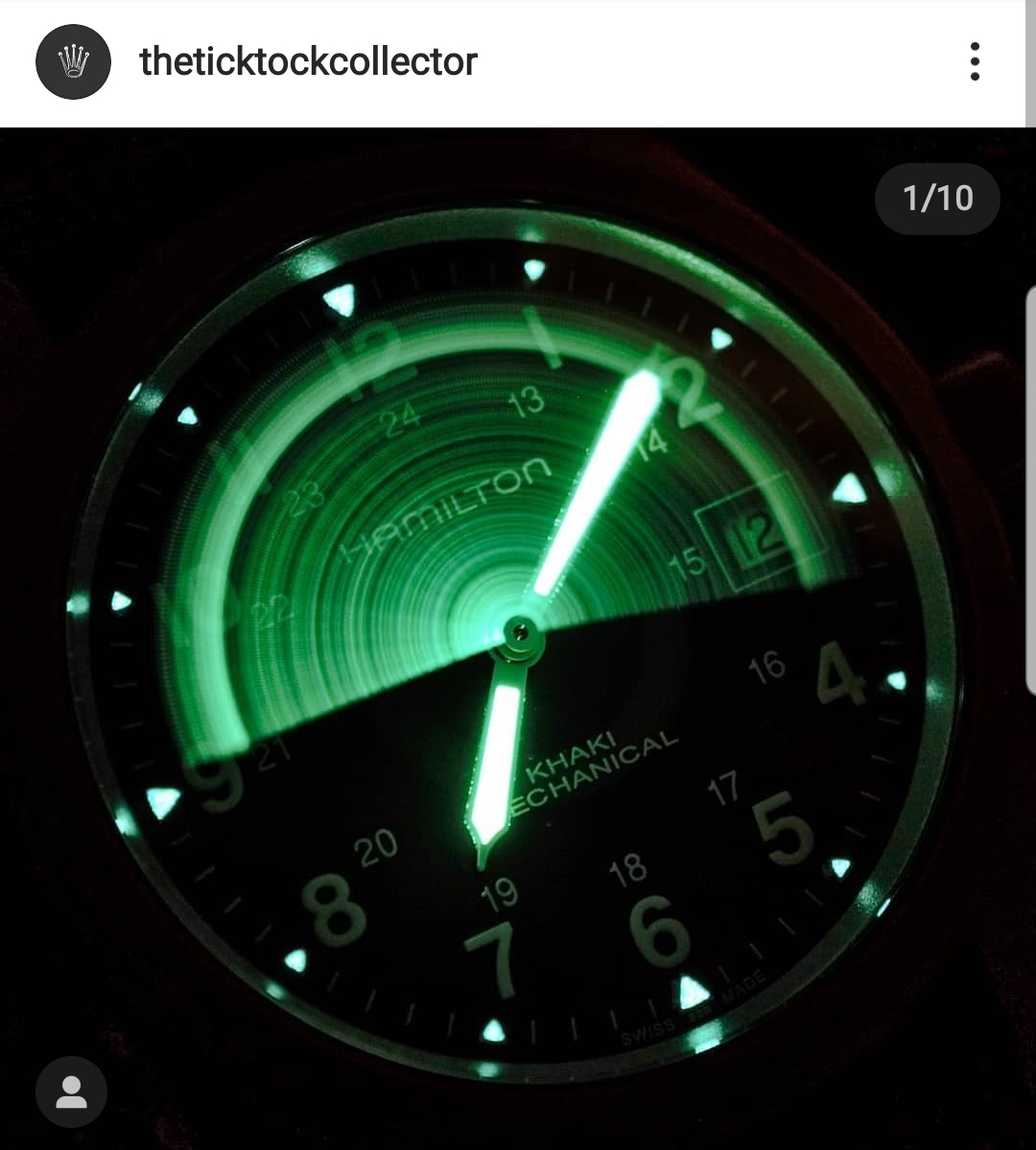 Finishing the week off quite nicely is a quite stunning lume shot by our good pal @theticktockcollector who captures his Hamilton with stunning ease. Amazing shot man!!

We here at #halfwatchtuesday were just over the moon this week once we found out that Unimatic watches had joined the party. We’re a big fan of their work and we love what they’ve done with their Modello Uno. If you’ve not heard of these guys before, we definitely recommend checking them out! 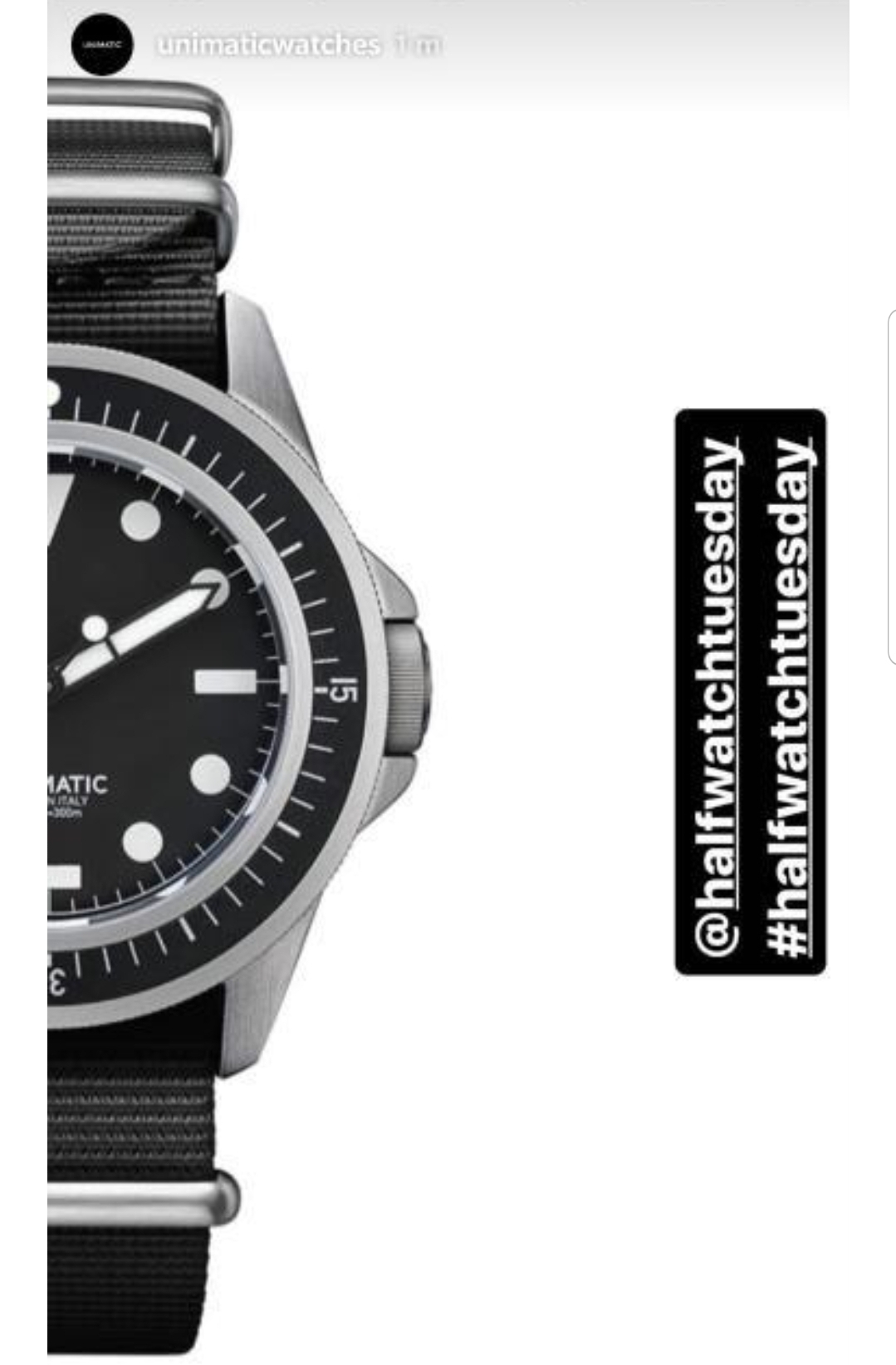 The other guest to our party this week was that of Bespoke Watch Winders. I have to admit, I was not familiar with their work prior to this week but a quick look on their page, it is easy to see the quality behind their work. The attention to detail and technology behind these winders is something I didn’t fully appreciate before. If anyone is in the market for watch winders or even a watch safe, we’d definitely recommend giving these guys a lookup! 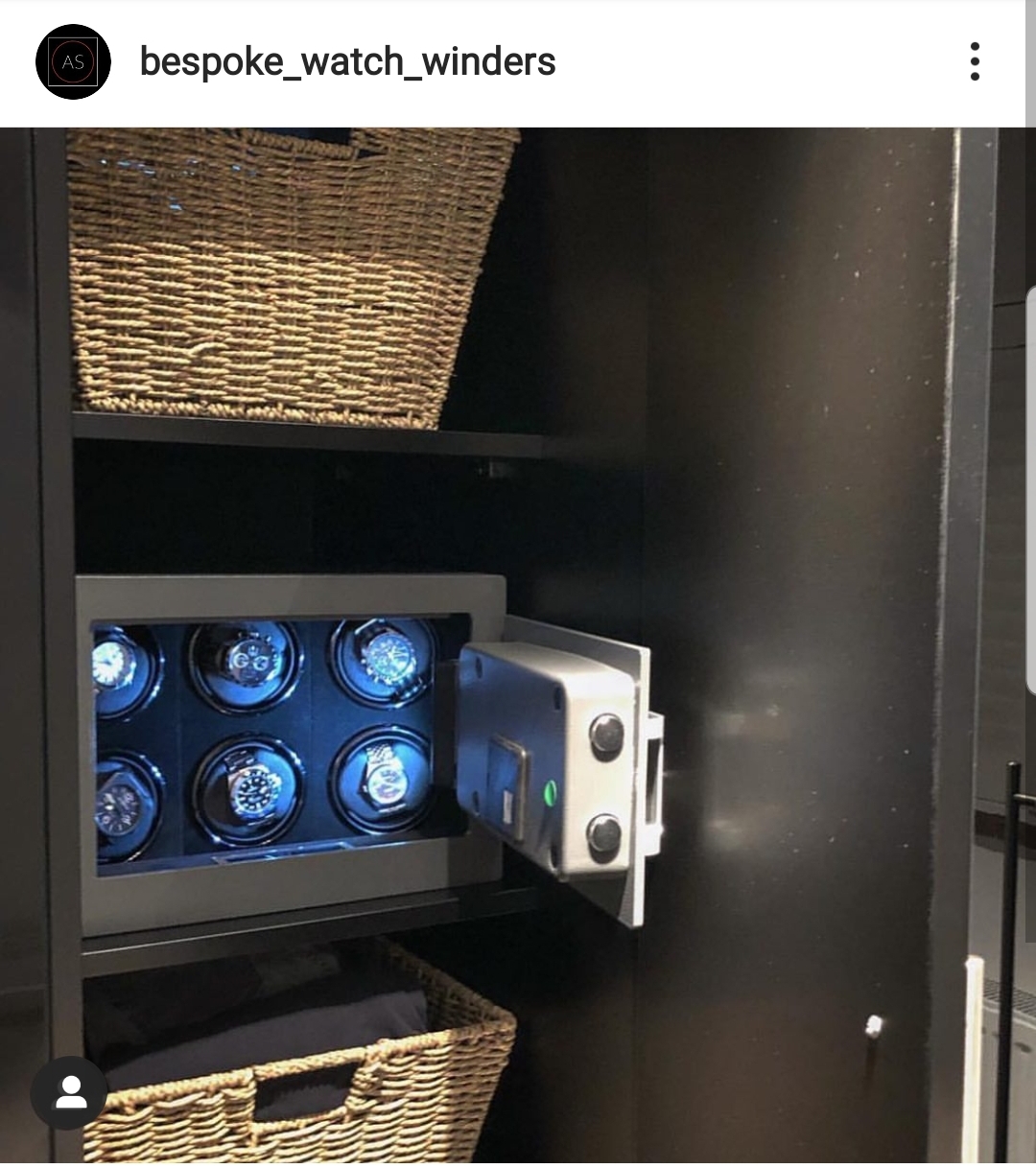 Just like that, once again, our time has come to an end. Thank you again so much for everyone’s submissions and we very much look forward to what creative knack we’ll get next week!

Until then, yours in horology.