The Apple Watch is the most popular wristwatch in the world – outselling all the Swiss manufactures combined in 2019. Purists in watch collecting despise the watch and some don’t consider it a watch at all. Others, counting as much of the planet, love the watch for tons of different reasons – chief among them its customization capabilities. Regardless of which camp you fall in, you cannot deny or ignore its influence on watchmaking at large. From strap options to case colour variations, Apple has managed to make a watch that is appealing to the majority, while allowing it to be completely unique to its user. 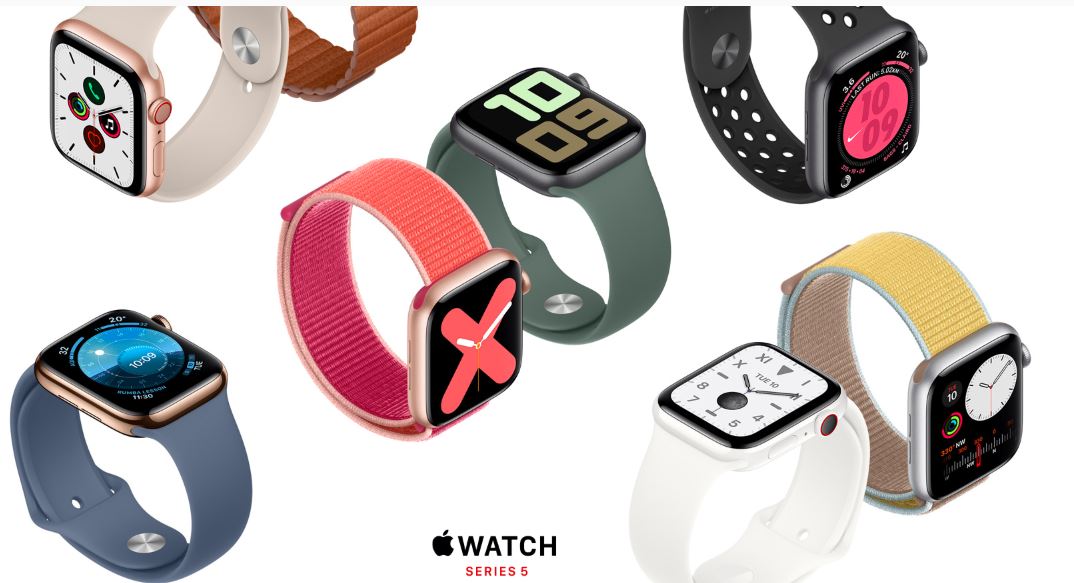 Customizing watches has been a bit of a sore subject in the watch world in recent weeks as Rolex aims its version of a hand cannon at every ant of a watch reseller attempting to capitalize on the desire of the market to have something unique to themselves in their watch purchases. What should not be missed by manufactures is the appeal these pastel-coloured Datejust dials have. It’s fun to have a watch that doesn’t look like everyone else’s, and it’s even more fun if it’s a watch that everyone has. 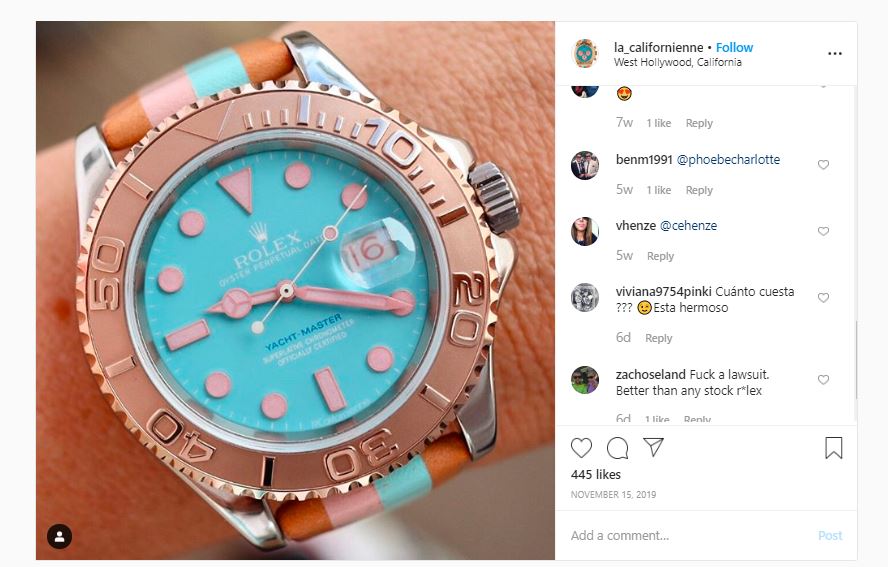 Fashion is the big draw here. The amount of colour options available for cases and straps by Apple is a clear shot at making models more appealing. People bored with the traditional black, white and now blue dials want their watches to be increasingly as unique as they are. There are so many watches in steel with polished and/or brushed cases. So many more in PVD black, bronze, gold or coated in a combination of all three. It’s boring and predictable. Coco Chanel stated that “In order to be irreplaceable, one must always be different.” There is a sameness to watch design that has been under threat of being replaced by digital screens and the options that come with them for decades. Quick-change watch straps in different colours and now case colours as varied as the rainbow make these designs something that can no longer be dismissed as a fad or strictly for the young and uninformed. 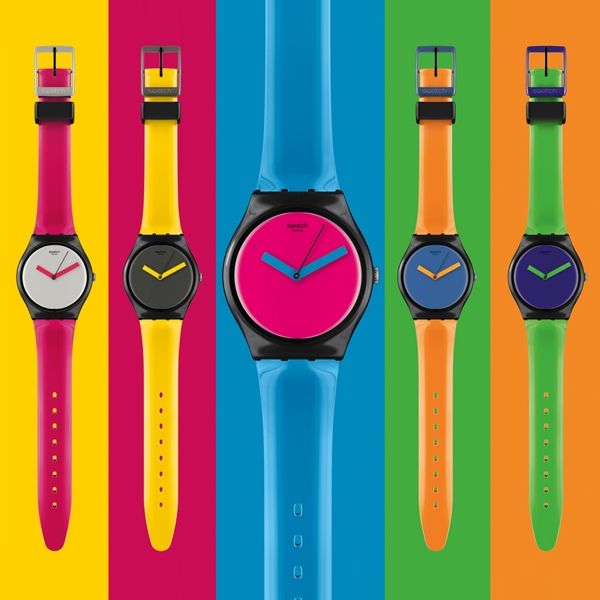 Colourful watches have always existed. Swatch was introduced in a myriad of colours to compete with the options available in digital models from Casio and others. These weren’t seen as ‘serious’ watches, though, and are continued to be treated as novelties to most in the industry. Bamford, in 2017, introduced a completely customizable model in the Mayfair. Buyers could choose the colour of their dial, bezel, and case coating while also choosing a steel or rubber strap. Now, the Mayfair Sport takes this idea to the next level by offering an entire watch in the colour of your choice. Everything from the bezel to the strap is customizable, giving people the ability to design a watch that is truly their own. There is even an engraving option. 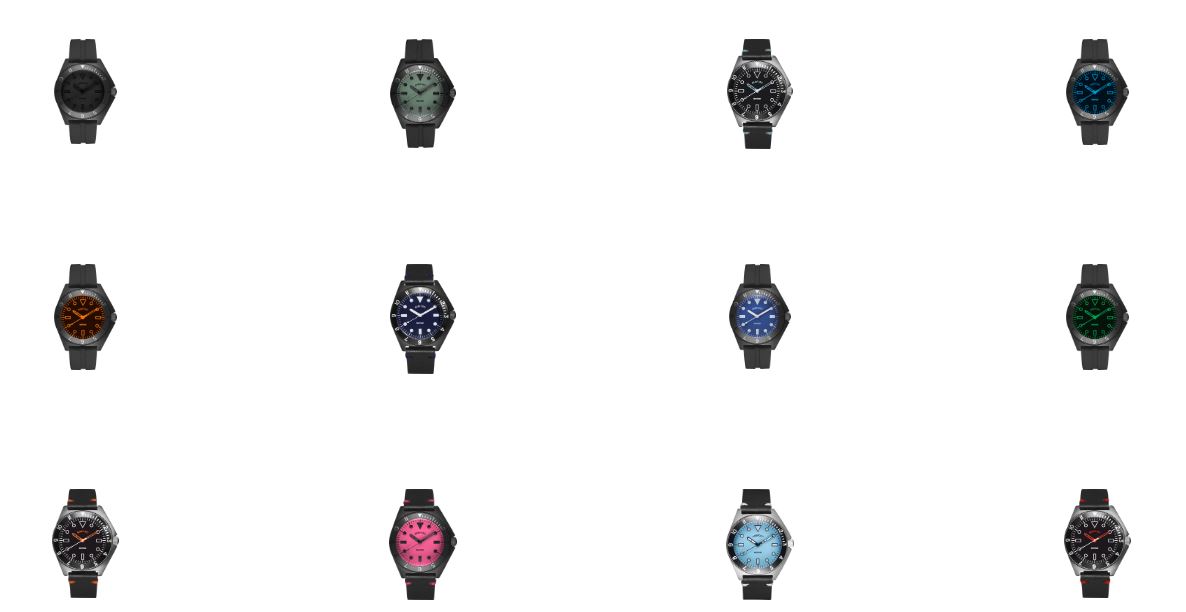 One of the most controversial rollouts of 2019 was the Seiko reintroduction of the Seiko 5 Sports line of watches. These models, traditionally priced for the beginner collector or the young watch buyer, were released in several case, dial, and strap options.  The campaign featured young, chic people wearing the designs. 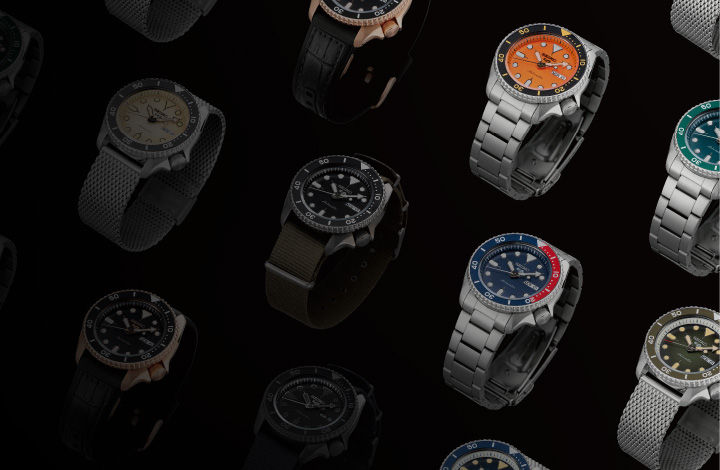 TAG Heuer,  in its celebration of the 50-year anniversary of the brands’ Monaco chronograph in 2019, introduced five different variations of the model in five separate designs. 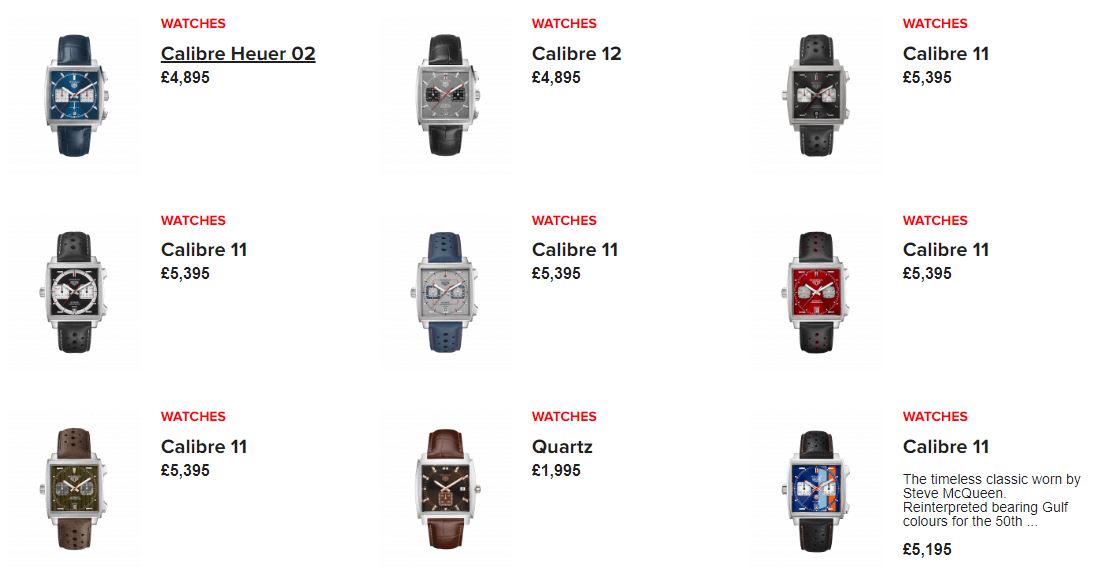 Recently, I asked Sophy Rindler of Tockr Watches what inspired the brand to introduce the Hydro Dipped Air Defender.

Tockr is unique as they are not priced to be in competition with the Apple Watch, and they have a higher expectation of quality in line with established watchmakers like Seiko. “When we visited our supplier’s factory in Switzerland back in 2017,” she started, “he showed us the hydro dipping process and we were all amazed by the infinite range of designs possible, but also by the uniqueness that would result of it. Not one watch can come out exactly similar to another one.” You begin to see that even the watchmakers realize the advantage of introducing models that offer colour pallets and design options different from the norm. The Tockr Hydro Dipped Air Defender is an exciting take on the military-inspired chronograph. In colour combinations that span the rainbow, the patterns are offered in camouflage, calfskin (they are based in Texas), carbon fibre, tie-dye, woodgrain, and more. “ Because Tockr is such a new and young brand, that aspect (uniqueness, individuality) was a big hit for us to differentiate ourselves from other brands but also to bring a strong creative element to our designs.” Colour options will not be a trend but be more of a shift to the norm.

As more and more watchmakers try to appeal to younger buyers that are drawn to the adaptability and customization of the Apple Watch, more still will offer special editions in never-before-offered pallets to give the young something to aim at. This may not be the canary in the coal mine or the small snowball that causes the avalanche, but a manufacturer of this ilk offering this many colours and designs of the same iconic watch can only point to more to come. In the coming future, we should all get used to watches coming in broader ranges of colours. It should be welcomed. The more people that can be attracted to this hobby, the longer we can ensure its ongoing survival. 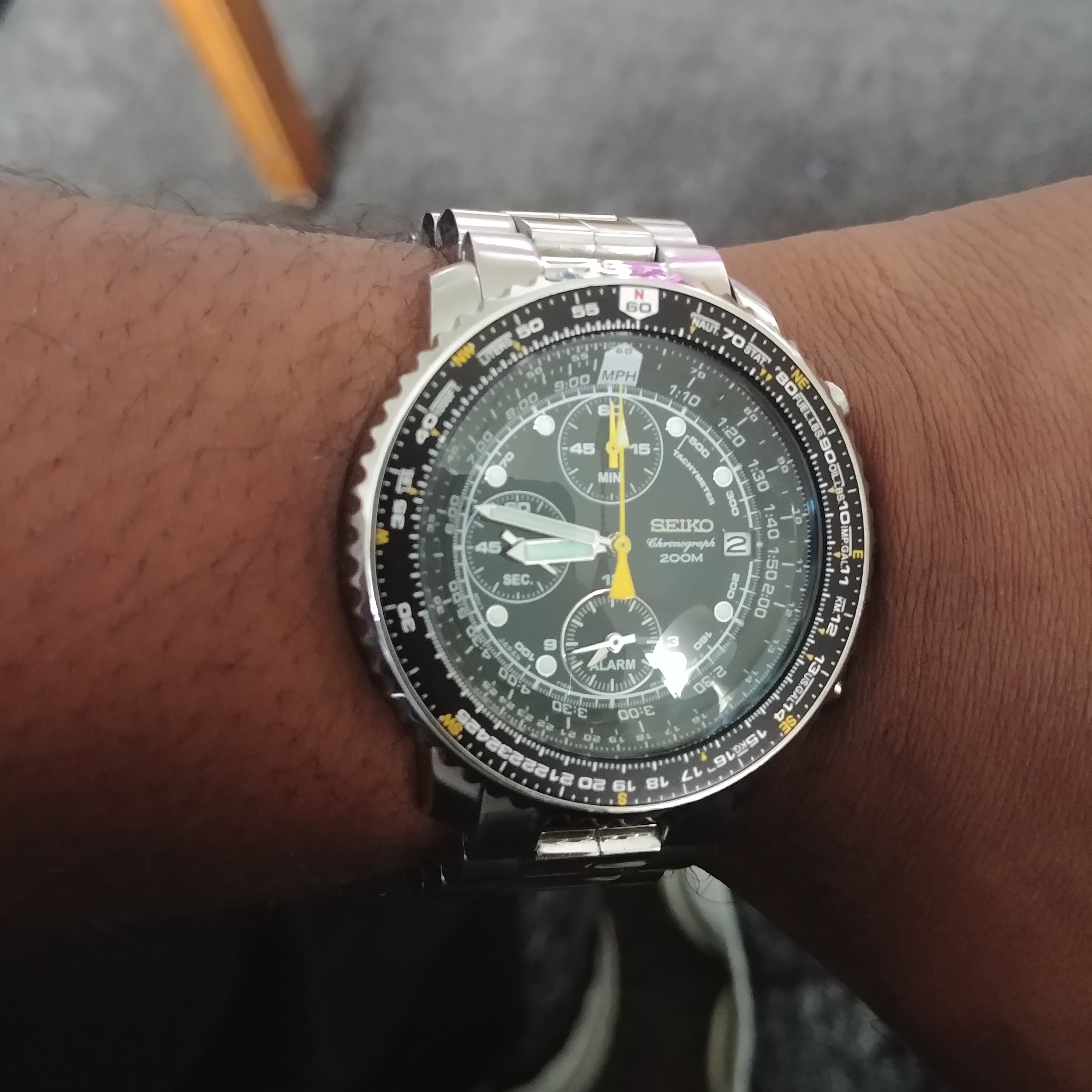