The first watch that I ever bought with my own income was a Swatch. I do not know the reference but it was an all-black 40mm quartz chronograph that I didn’t even realise was a chronograph. It featured a mix of white (now off-white) and red hands as well as white indices.  I was thrilled when I got it, and for many years, it was my only watch. The battery has since died, and I don’t use it anymore, but I distinctly remember the enjoyment that I had of the piece during the time when it was a daily companion. 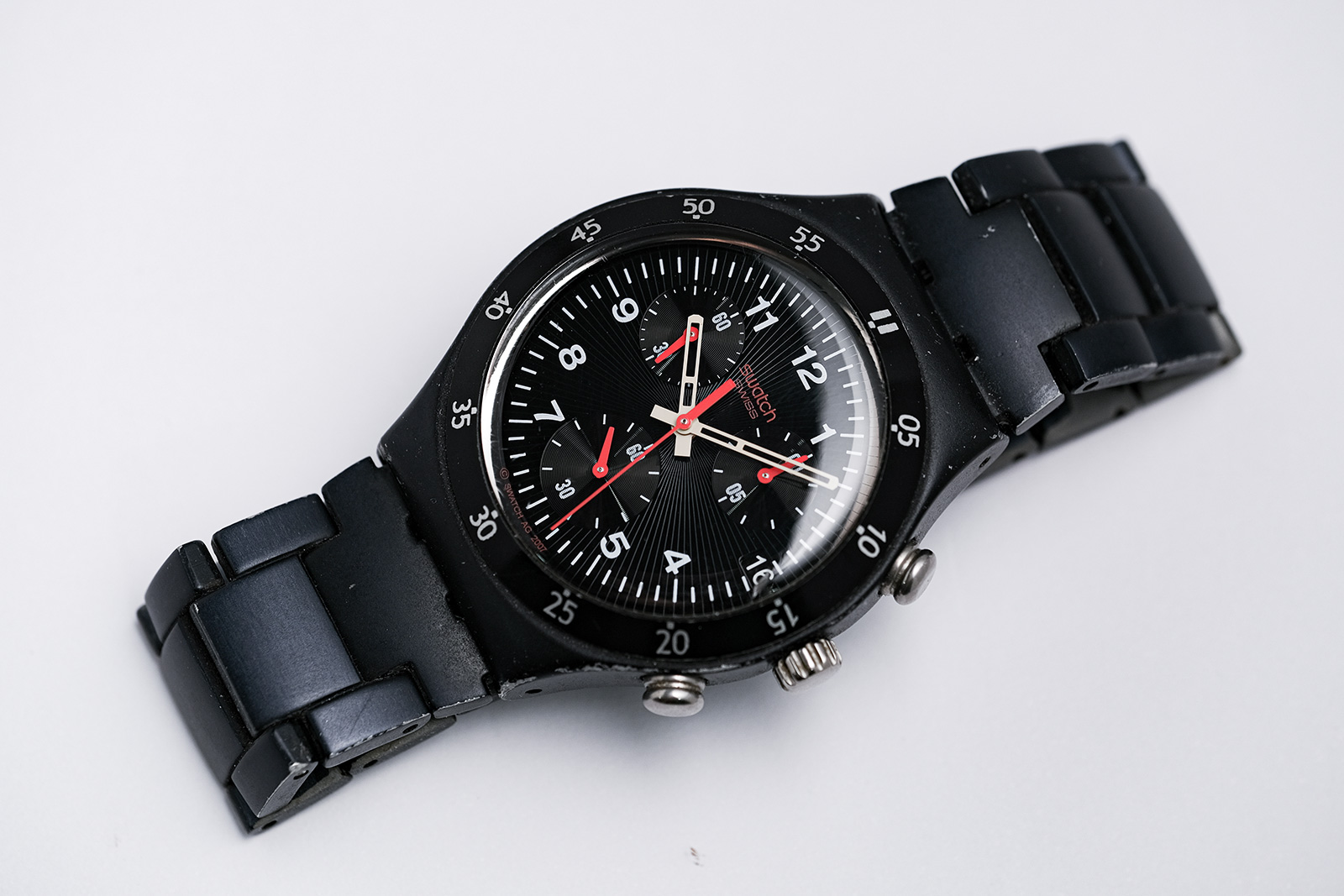 Since I got drawn to this hobby about two years ago, I have been looking to pick up another Swatch. It certainly was not going to be as serious as my first Swatch. Instead, I was looking for something, fun, something that truly fit the mantra that in some ways help save the Swiss watch industry, a “second watch”. The first one that caught my eye was the Swatch Pigcasso Limited Edition. That was the very definition of what a fun watch was. Bright vibrant hues of pink, purple, blue and green against a white backdrop? Sign me up. What more, it was designed by a pig. It didn’t get better than that. When it was released however, I had not yet familiarized myself with the purchasing norms in watch world and by the time I got around to a store, I was regrettably informed that all had been sold out even prior to its launch.

In the months since then, I must have perused through pictures of dozens of other Swatch watches, with nothing in particular catching my eye. At least not until the Swatch Sistem 51 Hodinkee Generation 1986 (“Swatch Hodinkee 1986”). The moment I saw it, I knew that this could be it, it could be the one I was looking for. The all-black case, red and cream indices, and white hands reminded me of my first Swatch, while being completely different, far more lighthearted. What more, it was powered by the Swatch’s proprietary Sistem51 movement that featured an interesting motif design that was visible through the display case back. I was sold. 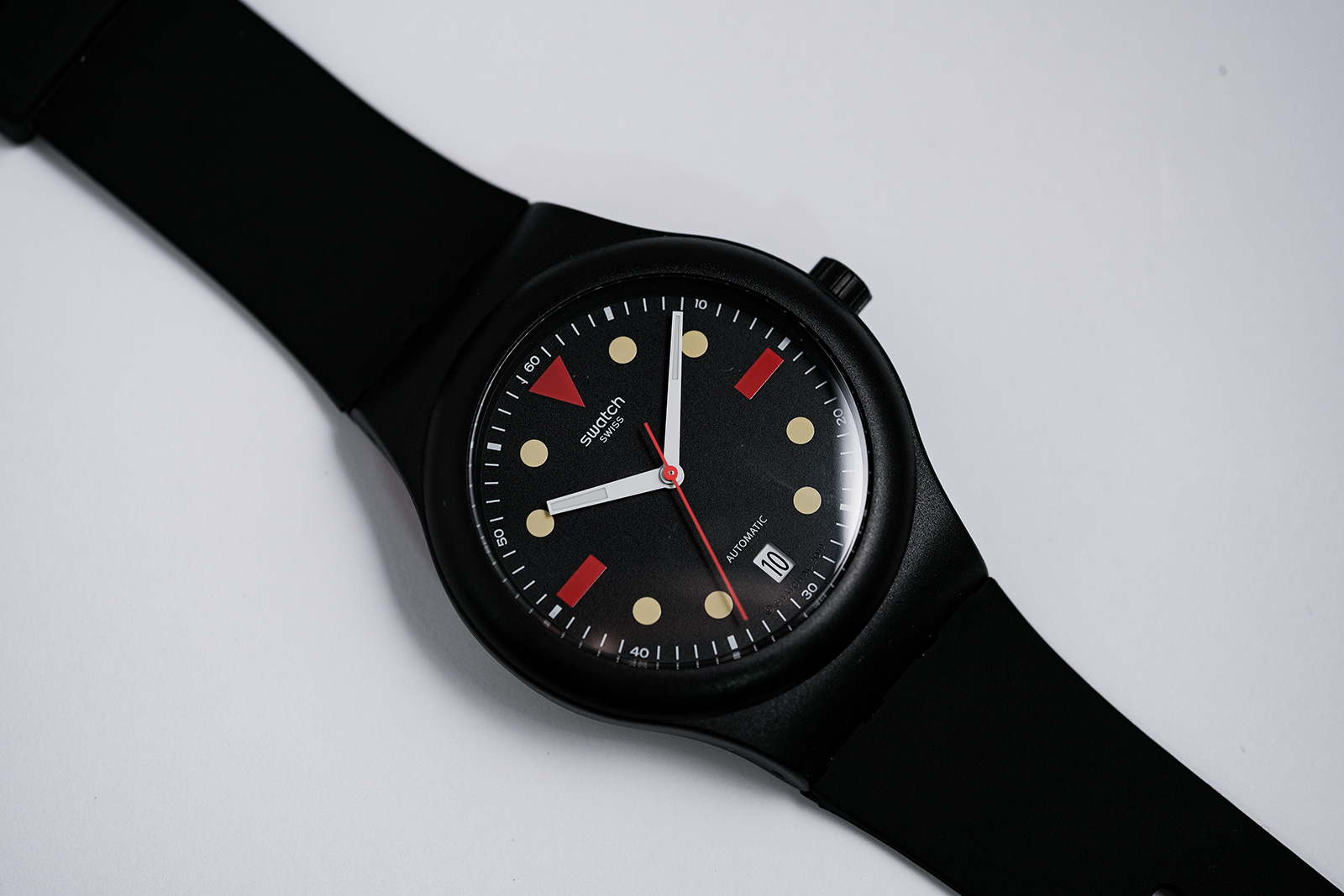 I was also pleasantly surprised that it had not been sold out though it had been some 6 hours after launch. This was after all a collaboration piece with Hodinkee which has been on an absolute roll this year. Every other piece that Hodinkee had designed this year had sold out almost immediately starting from the IWC Ceratanium Mark XVII Edition and for good reason. The position that Hodinkee plays in the watch industry is a very unique one. On one hand, the fact that they have become such a juggernaut in the watch media space, gives them an in with watch brands that common watch enthusiasts wouldn’t have. At the same time, they are themselves watch fans, and they commonly interact with watch fans, which makes them keenly aware of what the watch community seem to favour, and what sells.

Some, in the comment sections and forums have pointed to Hodinkee’s collaboration pieces being nothing more than a mindless cash grab, an attempt to hoodwink (Hodwink surely Ed.) undiscerning buyers into grabbing something that is overpriced. I for one think that the actual case is far less sinister. The “Hodinkee effect” as it is so affectionately referred to, to me, is merely an example of what happens when good tasteful designs are put out. There will always be scalpers and people looking to profit off such limited releases. But I would rather focus on the fact that most of their design choices have been based on relatively smaller sized watches and even slimming it down as was the case of the Oris Sixty-Five, and adding a vintage inspiration that is extremely popular today. And these designs, in my opinion, have been winners for the most part.

It is no different with the Swatch Hodinkee 1986. They may not have been able to size down the watch from its 42mm diameter by 13.9mm thickness, but they certainly added a touch of vintage flair.  Based on a relatively obscure Swatch Emerald Diver from 1986, hence the name, Hodinkee wisely retained the most important pops of colour on the dial that draws your eye to the watch, while toning down the loud colour clashes of green and red from the strap. What we are left with is a very wearable all-black watch that never veers into serious territory.

In contrast, the Sistem51 movement that is housed in this watch is a no-nonsense automatic movement that operates at 3Hz and has 90 hours of power reserve. It also comes updated with the anti-magnetic Nivachron™ hairspring that was first launched earlier this year in the Swatch Flymagic i.e. the controversial US$1,500 Swatch. 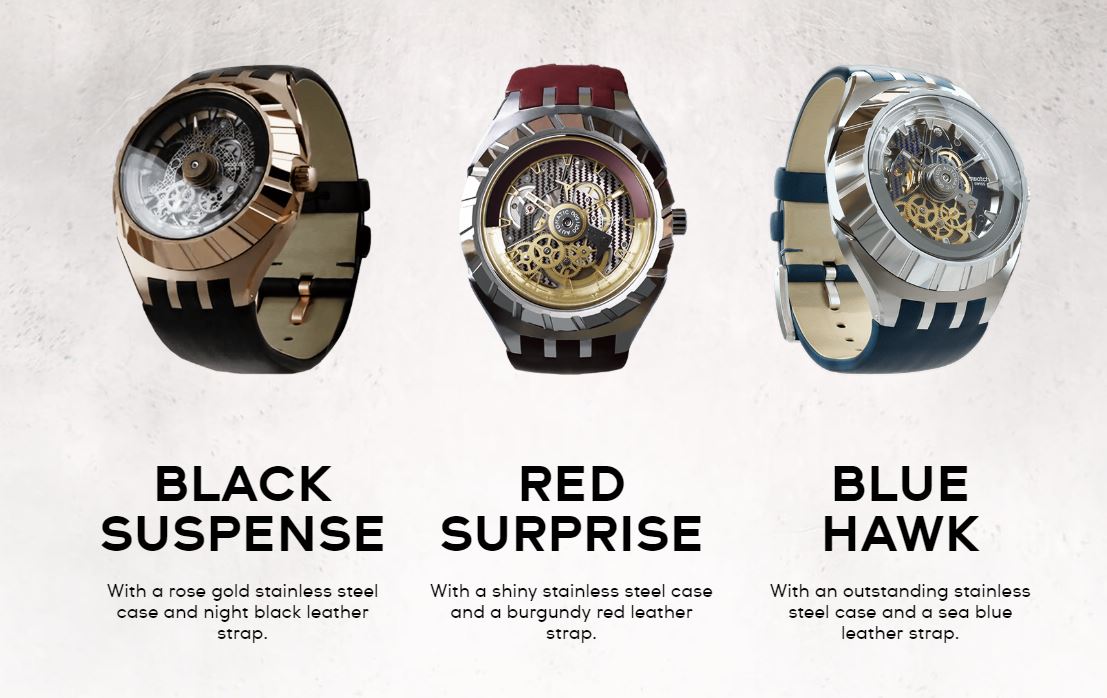 Because Sistem51 movements are completely machine finished and assembled, which is a feat all on its own, clean exquisite finishing cannot be expected. However, that is made up for by the fact that the mainplate allows for customizable patterns to be colour printed on. Hodinkee opted for a repeating motif that featuring the letter “H” in black and grey. 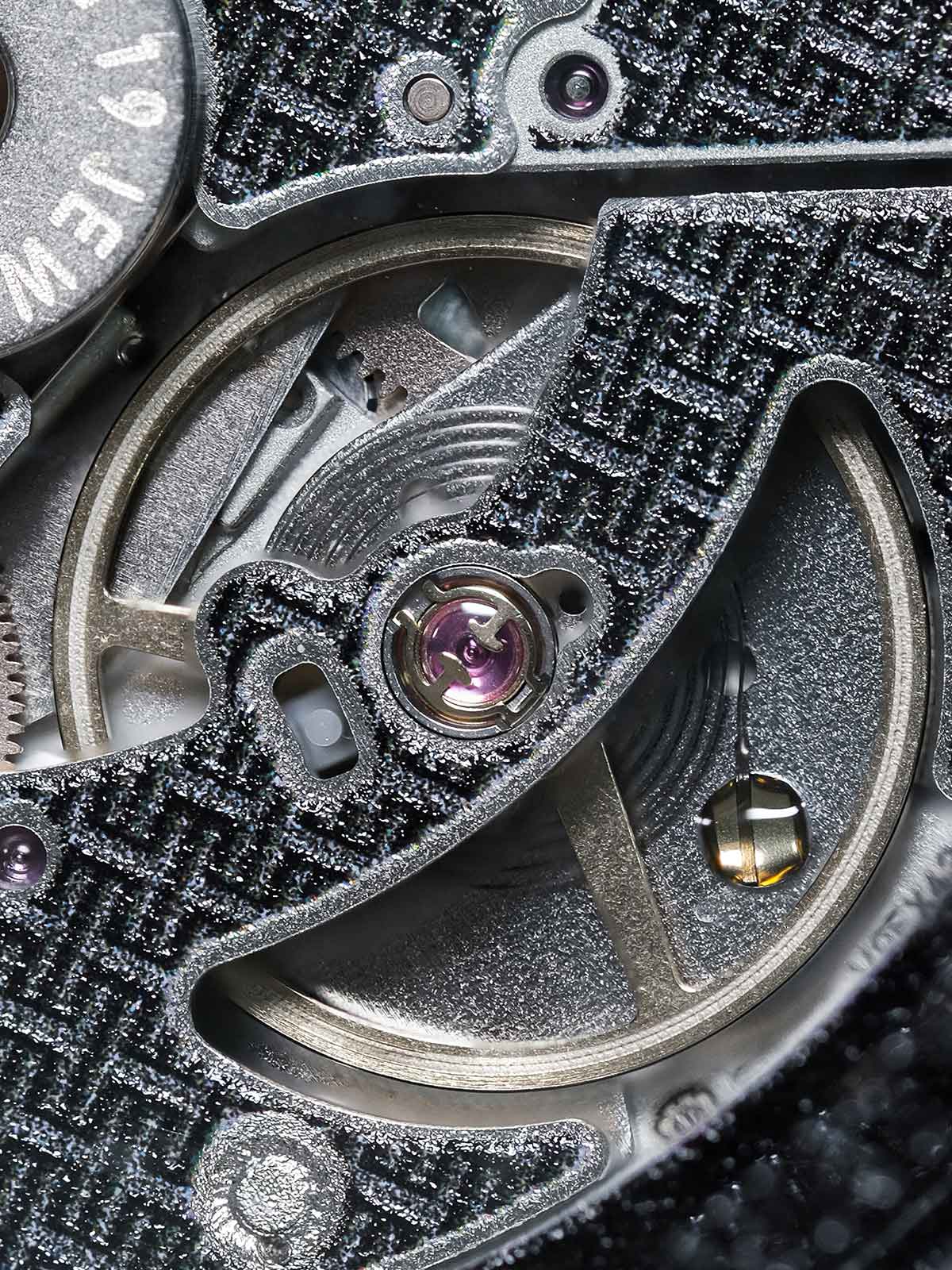 The result, especially when contrasted against the gold-coloured balance wheel and escapement makes the movement a real beauty in my opinion. It is in cases like this that the display case back and transparent rotor are greatly appreciated. Its accuracy too is touted to be really precise at +/-7 seconds a day. However, given that the movement doesn’t feature a hacking seconds hand, I have not really been able to test it out. 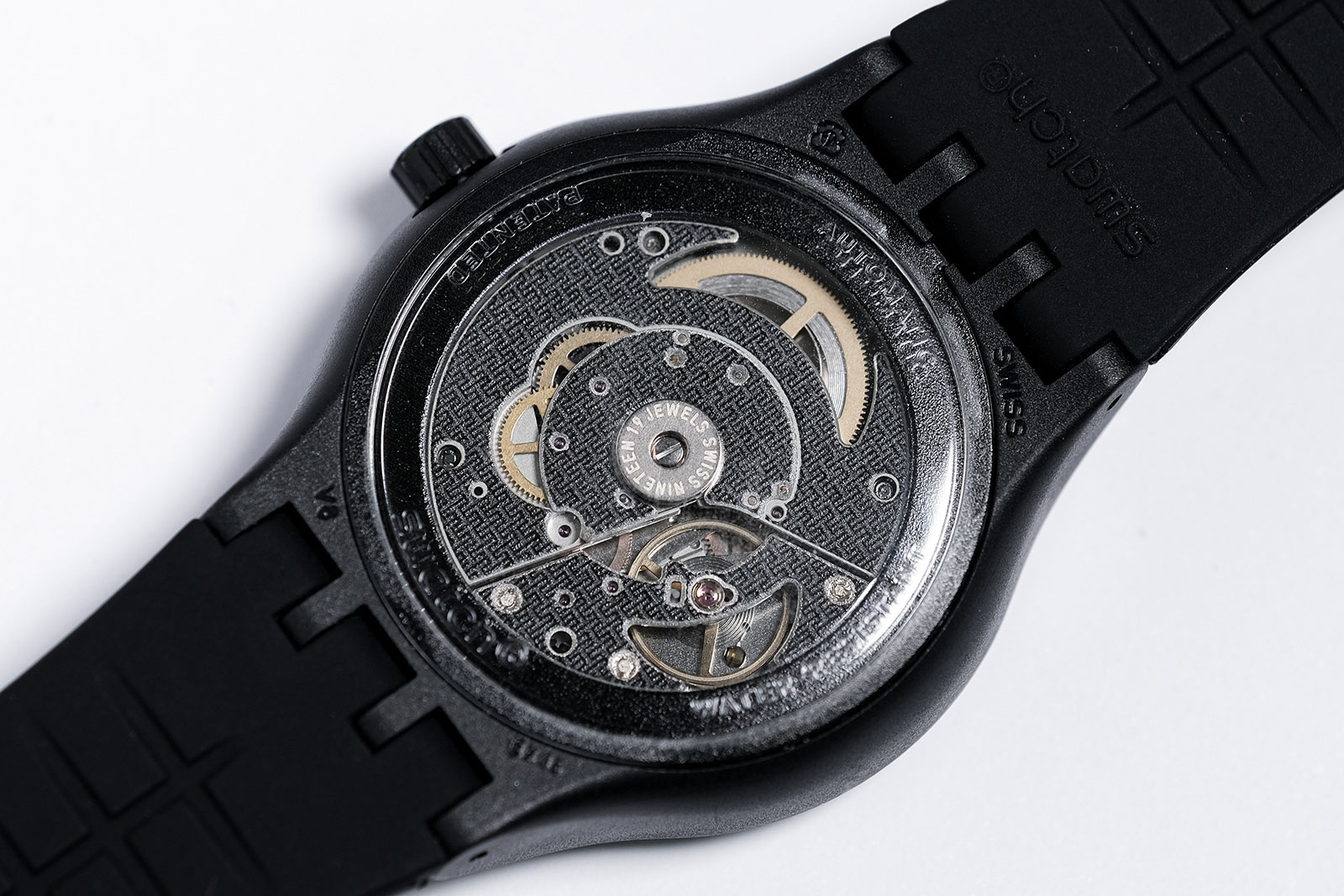 On the wrist, this Swatch Hodinkee 1986 wears like any other Swatch Sistem51 model in the range. It is light and extremely comfortable in no small part because of the plastic case and silicon strap. I do wish it was slightly smaller in dimensions though given its place as a fun watch, it isn’t a deal breaker for me. One thing that may bother some would be the fact that this watch ticks relatively loudly. While typing this article, in absence of music, the ticking is clearly audible. It is not something that I am bothered by though and to me it is a nice reminder of why we love mechanical timepieces. 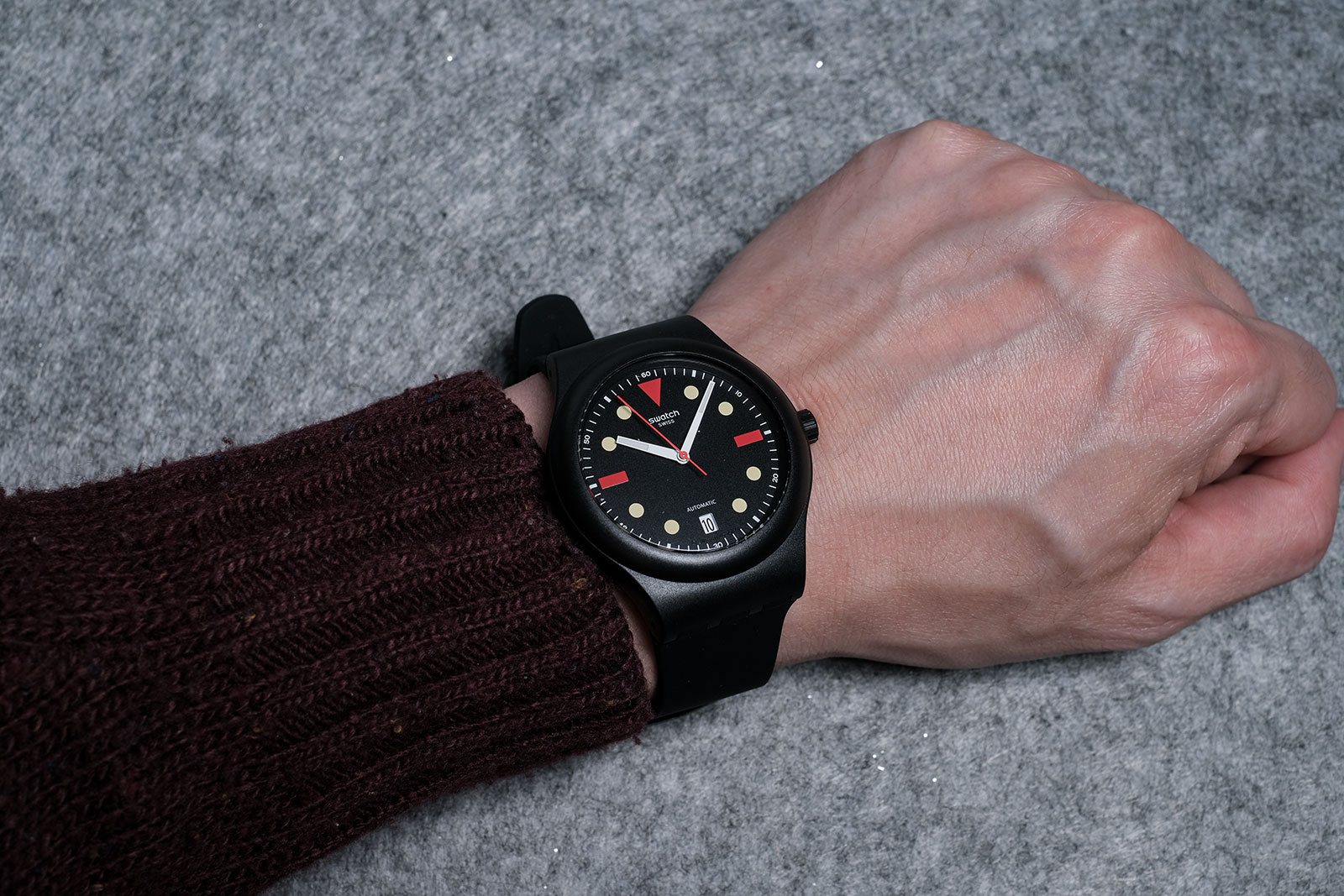 Overall, for me personally, Hodinkee achieved what it set out to do with this watch, that is to put a smile on my face. It is definitely not a daily wearer, but it is a watch I can imagine myself putting on when I take my future kids to the park or to the mall on weekends. It is something that can break up the monotony of the sensible sports watches that make up half my collection. At US$170, it is also pretty good value for money, given that it is only US$20 more than a comparable Sistem51 option from the store and I have no regrets purchasing this, though I did notice a slight nick on the underside of the crystal. 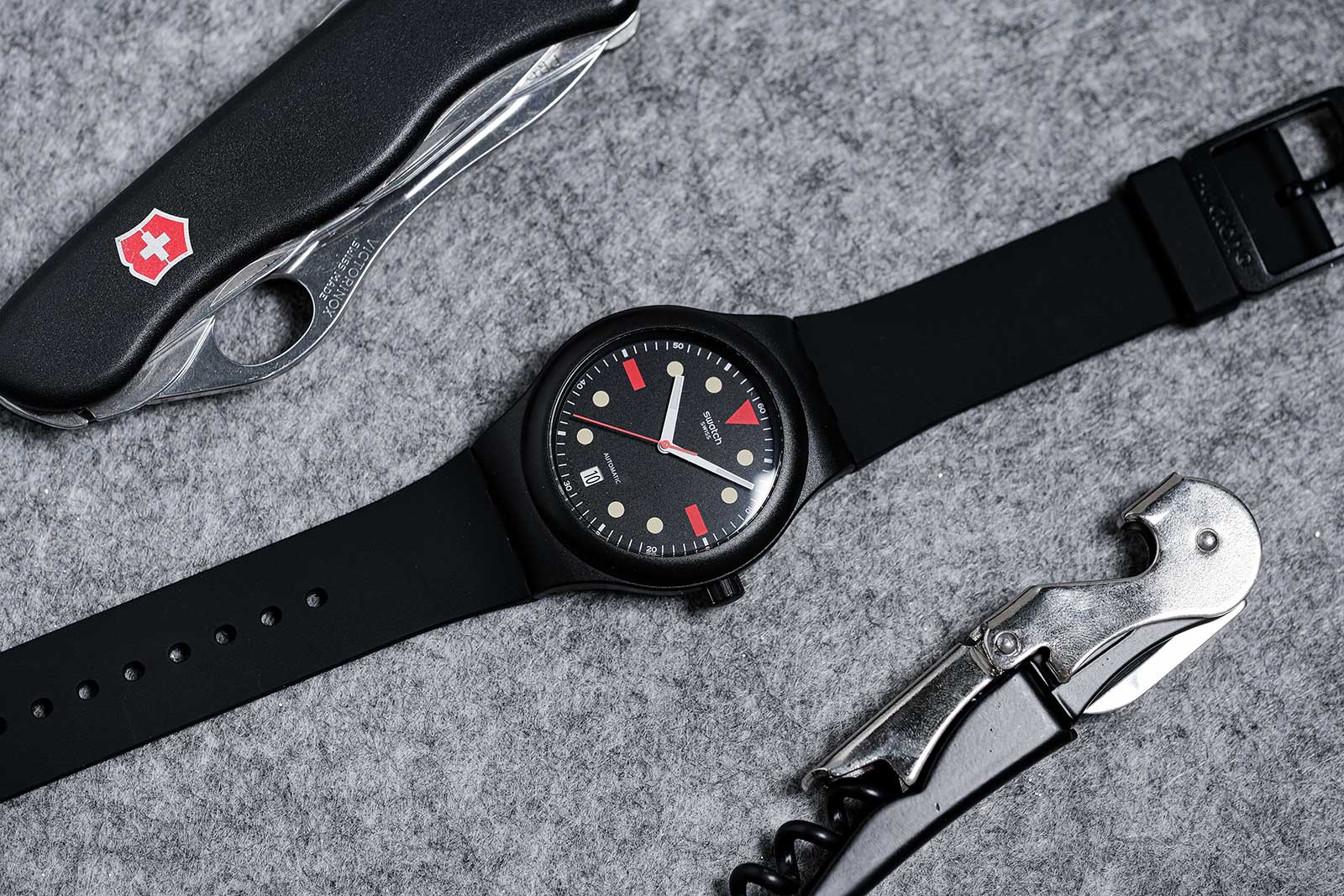 As for Hodinkee, it seems that the sky is the limit. They have launched hit after hit this year, and just recently become authorized retailers of both Omega and Bvlgari. They will also be opening their first physical store soon in New York City. They are basically living the dream of every watch enthusiast. It will be interesting to see their trajectory in the coming year given these significant changes. For now though, they continue to roll on with an upcoming Nomos collaboration to be released on 10 October 2019. 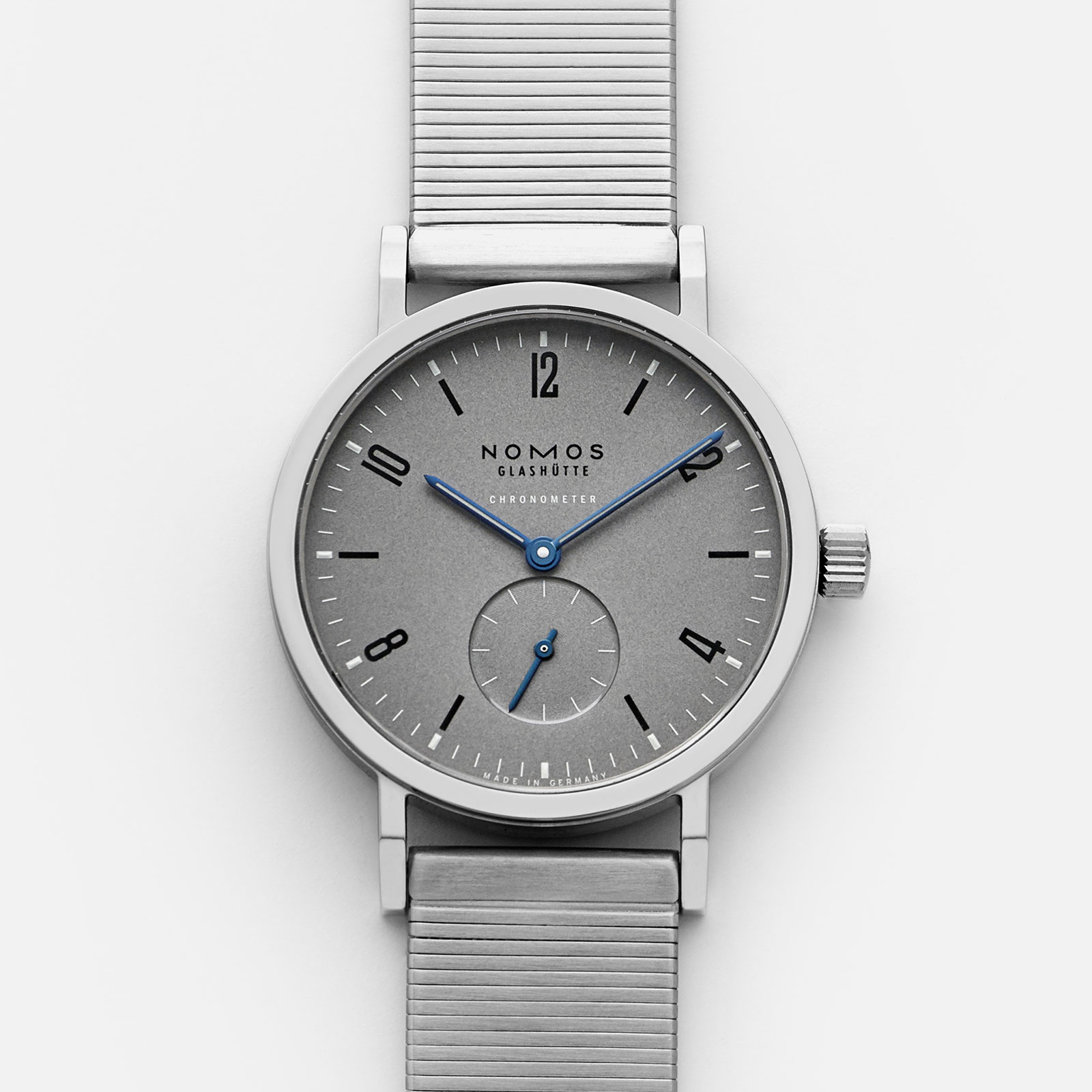 Author’s Note: Just as I was about so submit this in, Hodinkee dropped their latest collaboration piece with Nomos. True to form, it was an absolute beauty. At least based on the pictures. This would sell out in no time. I regret buying the number of watches I did recently because this would have been a really special piece in the collection. If Hodinkee continues down this path, they could very well consider starting up their own little design team for more regular collaborations. 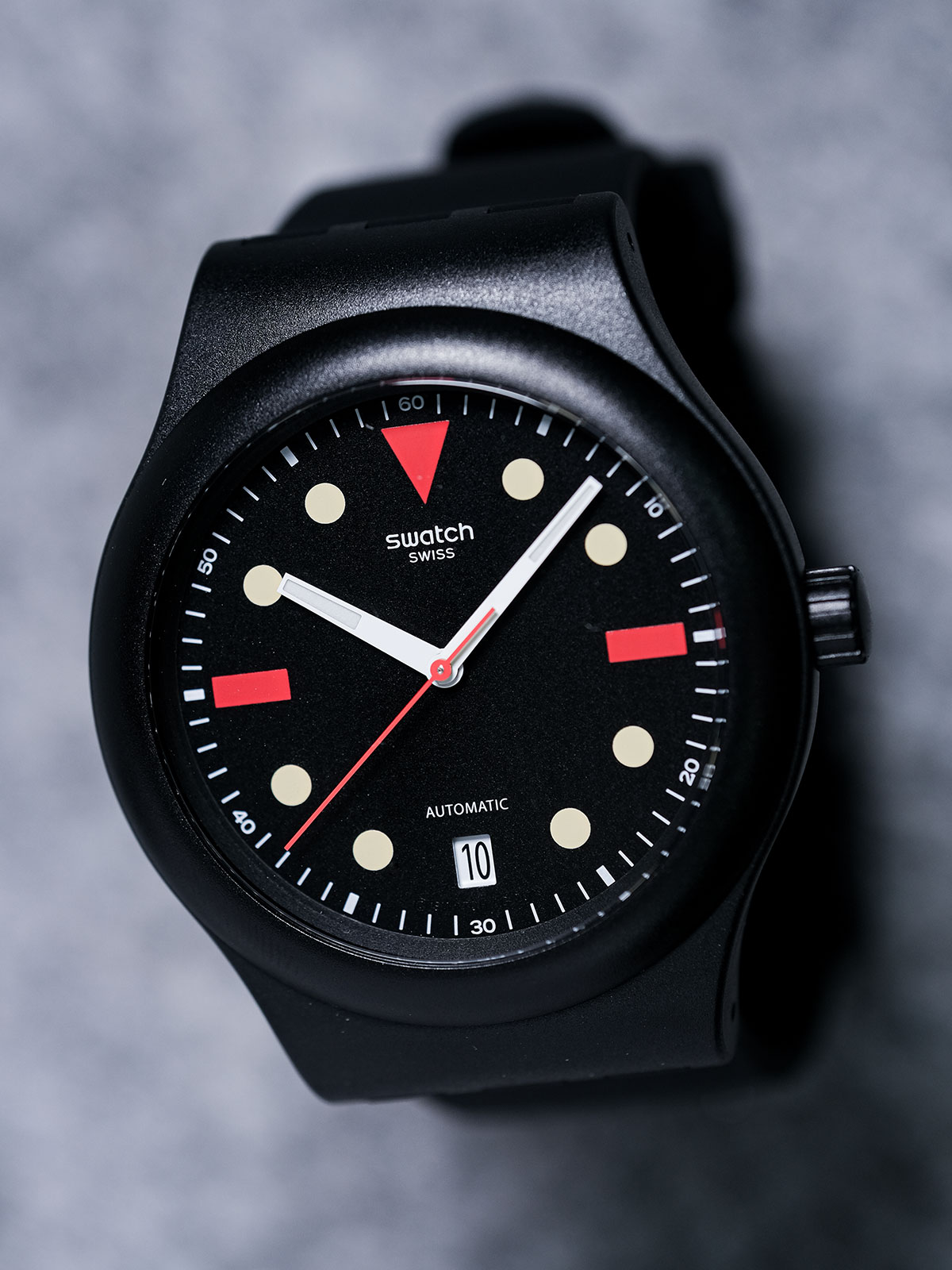